Litespeed
Editor
posted on 1 year ago
1,767
views
Warpaint is taking pre-orders on a new monograph on the NAA P-51 Mustang 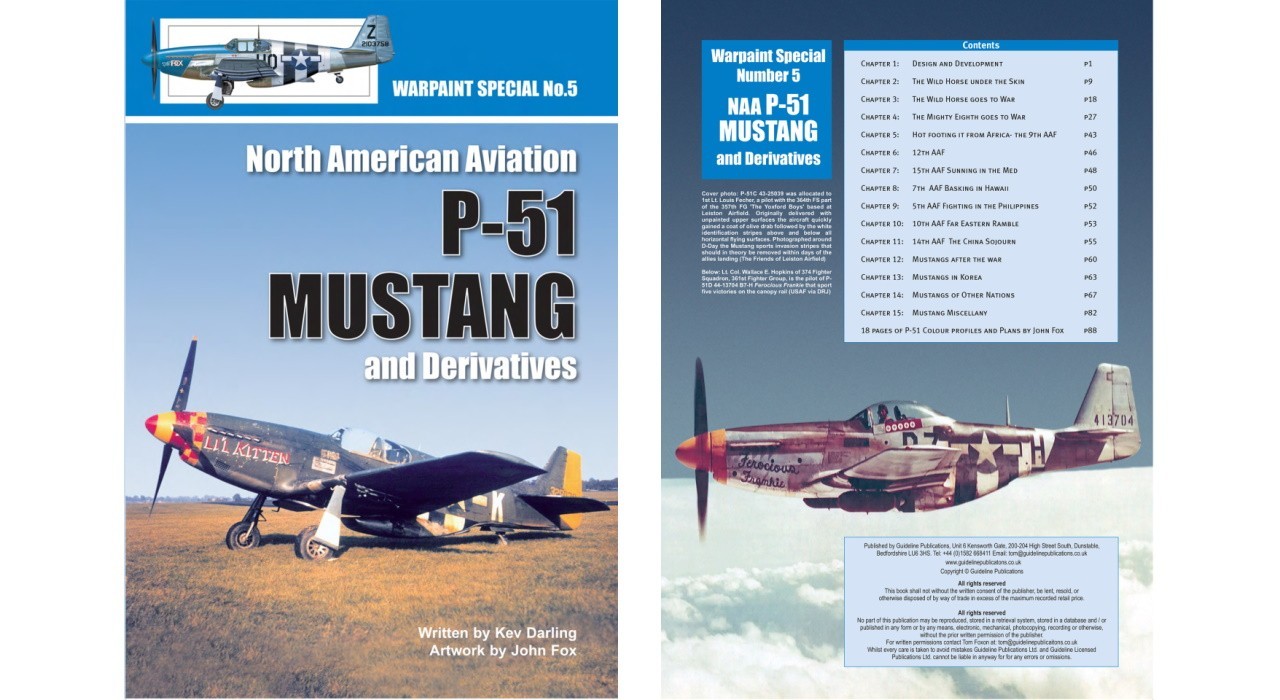 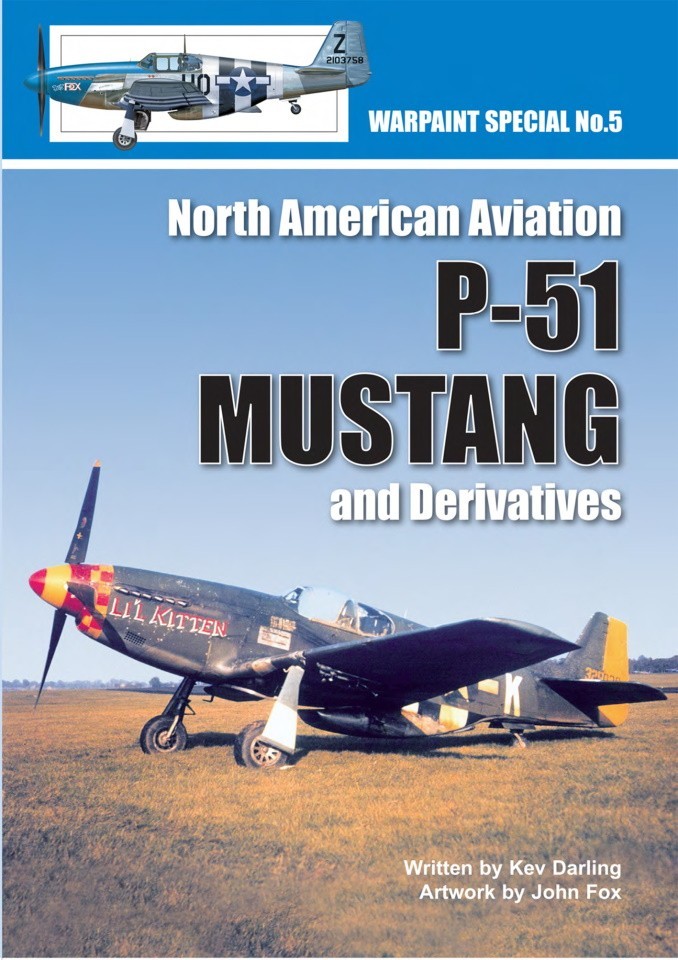 • Over 200 images some never seen before 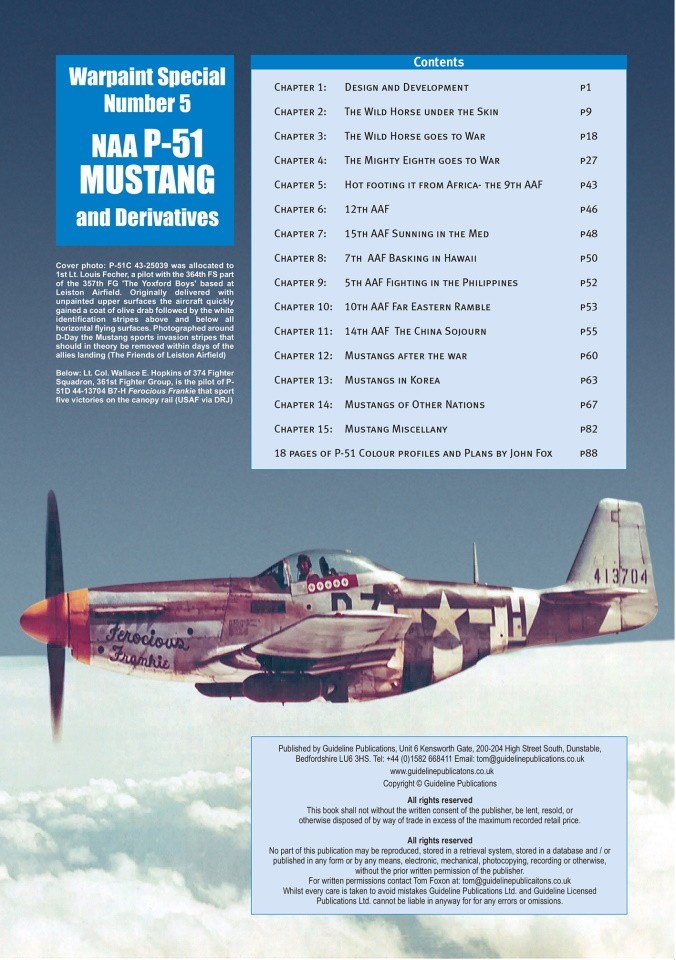 North American Aviation's P-51 Mustang is right up there in the top echelon of fighter of the second world war. However, without the Britain's desperate need for fighter aircraft this iconic machine might never have existed. Although the first prototype was damaged after a ground loop during initial test flights it was quickly repaired. This airframe would be followed a further small batch of aircraft to extend the flight envelope and clear the installed weaponry. As the Mustang was garnering attention to itself courtesy of an outstanding performance and manoeuvrability it came as no surprise when the USAAC purloined an example for their own use. Deliveries to Britain would begin fairly quickly, the new fighter slotting into the fighter recon role, its only limitation being deprecated performance at high level due to the version of engine installed in the airframe. Even so Mustang production ramped up with deliveries taking place to the RAF and the USAAF. There was one diversion along the way that produced the excellent A-36A Dive bomber. The best known model of the Mustang was the Merlin powered P-51D/K series that gained fame in all the theatres it served in, becoming the long range escort fighter of choice for bombing raids over Germany and Japan. Postwar the Mustang lingered on in USAF service having one last successful fling over Korea before retirement. This was not the end of the road for the Merlin powered P-51’s as numerous air forces around the world would use them throughout the 1950’s before they were finally traded in for jets. Nowadays the Mustang has become a favourite amongst the warbird community and in better times could be seen at various air shows around the world. This book is written by Kev Darling and is supported with artwork by John Fox.