Robbo Roberts
Editor
posted on 1 year ago — updated on 1 year ago
1,351
views
Adie Roberts gets his hands on the Tupolev Tu-22 Blinder having a fascination with Cold War Russian aircraft he is looking forward to being able to read and review this book from the Pen and Sword publishers. 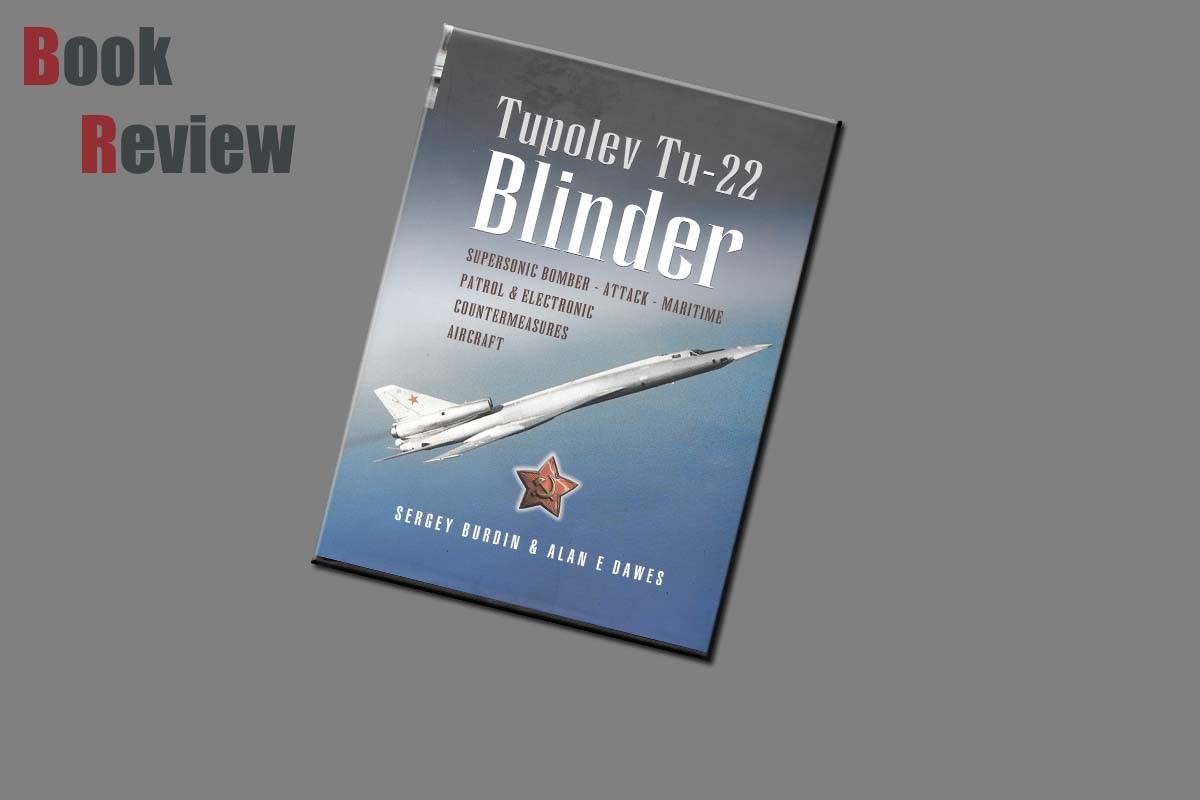 The Tupolev Tu-22 (NATO reporting name: Blinder)was the first supersonic bomber to enter production in the Soviet Union and the world's first aircraft of its class. Manufactured by Tupolev, the Tu-22 entered service with the Soviet military in the 1960s. The last examples were retired during the early 2000s. Produced in comparatively small numbers, the aircraft was a disappointment, lacking the intercontinental range that had been expected. Later in their service life, Tu-22s were used as launch platforms for the Soviet Kh-22 stand-off missile, and as reconnaissance aircraft. Tu-22s were sold to other nations, including Libya and Iraq. The Tu-22 was one of the few Soviet bombers to see combat; Libyan Tu-22s were used against Tanzania and Chad, and Iraqi Tu-22s were used during the Iran–Iraq War.

The Tu-22 was intended originally as a supersonic replacement for the Tupolev Tu-16 bomber. The preliminary design of an aircraft to meet this requirement, designated Samolyot 105 by Tupolev, was started in 1954, with the first prototype completed in December 1957. It made its maiden flight from Zhukovsky on 21 June 1958, flown by test pilot Yuri Alasheev. The availability of more powerful engines, and the TsAGI rediscovery of the Area rule for minimizing transonic aerodynamic drag, resulted in the construction of a revised prototype, the 105A. This first flew on 7 September 1959.

Development history of the Tu- 22

Reconnaissance and ECM variants of the Tu-22

Introduction of the Tu-22

Combat applications of the Tu-22R

Combat applications of the Tu- 22K

Training of Iraq and Libyan aircrews

This offering from pen and sword on the Russian Tu- 22 is a hardback book with a stitched spine and pagination 272.

Author Sergey Burdin’s previous military experience in the Russian Air Force gives him the edge in that he has first-hand experience of the aircraft and its operation.  Additionally, Burdin has recently compiled a comprehensive record of accidents and crashes involving the Tu- 22 during its service life. this includes full descriptions of the circumstances and causes of the accidents, with blame appointed to the guilty party/parties in each case. This is quite unusual for Russian military aircraft accidents.

The subject of this book was once one of the most feared and respected, albeit imperfectly understood, Soviet Air Force adversaries facing NATO in the darkest period of the Cold War. In fact, there has perhaps never been a military aircraft in recent history that has given rise to so many ‘legends’ and so much speculative analysis as Tupolev’s formidable TU- 22 Blinder. In no small way, this was due to the heavy cloak of secrecy that enshrouded everything about the Soviet society and its military institutions, making the Tu-22 no less mysterious to the inquisitive outsider than the Egyptian pyramids were too early explorers.

With twenty different variants and yet only three air forces that flew them being the Soviet government was heavily involved at the time in internal discussions about the future of its defense policy, believing that this lay more in the realm of missile defenses than the deployment of large bombers.

However, despite all these rumours the test period for the 105A was extended and it was decided to proceed to the second stage of State tests (in-service trials) as soon as possible.

In the early years of operation, the Tu-22R possessed an extremely energetic take-off performance, allowing experienced pilots to make dramatic ‘high alpha’ climb-outs, like those of the British Avro Vulcan and Handley Page Victor in their heyday.

It became evident that the Tu- 22K’s were very capable of low-level flying one of my favourite pictures in this book is a pair of two TU22 k's performing a low-level fly-by over Machulishchi at around 50 feet off the ground. Such low-level flights were often performed by Tu 22 crews, albeit slightly higher level.

The Tu-22KP’s would play the traditional Cold War game of Cat and Mouse when the Tu-22 would fly into NATO airspace and the wingmen would inform them of NATO fighters approaching, if the Blinders turned away from the border so would the intercepting fighters however some flights would go on for hundreds of kilometers!

What is quite possibly the most unusual chapter of this fantastic book is the chapter incidents and write-offs involving long-range Air Force Tu22’sbetween 1960 and 1989. Russia does not usually give any information out as to any air crashes involving their Air Force it is interesting to read a few of these and you honestly get a feeling that the engineers and technicians were not perhaps the best at their job.

Incidents occurring on take-off and climb-out.

Major V and his crew had just taken off in good VFR conditions. After take-off, and settled into the climb, the aircraft suddenly began to pitch violently, caused by the pilot applying disproportionate elevator control inputs. During the violent pitching, the aircraft exceeded the maximum permitted g-loading and broke up in mid-air. The crew perished in the accident.

The aircraft was subjected to destructive g-loading of the airframe because of the pilot applying excessive elevator control inputs because this early model of Tu-22 was not equipped with an artificial feel system.

This offering from Pen and Sword is a fascinating subject made all the better with the chapter on incidents and write-offs involving long-range  Air Force Tu22’s between 1960 and 1989. This is the first time I have ever read any documents concerning any incidents or accidents of any Russian Air Force aircraft. The subject of this book the Tu-22 Blinder is, as I have found out quite an exceptional aircraft able to fly very low- level and deliver a heavy payload also able to play multi-roles, reconnaissance, bombs, electronic warfare. There is a lot of information in this book down to the knowledge of the author and his experience in the Russian Air Force. I am hoping that this may be the start of a series of books that may see further titles from both the author and publishers Pen and Sword, an excellent read from start to finish, especially recommended to Russian aircraft enthusiasts and modelers alike. 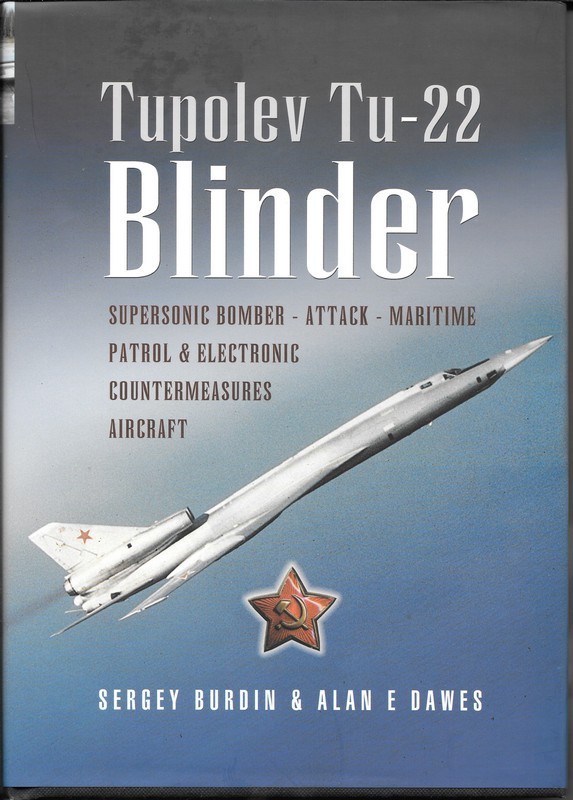 Colour profile of two of the three air forces that flew this type. 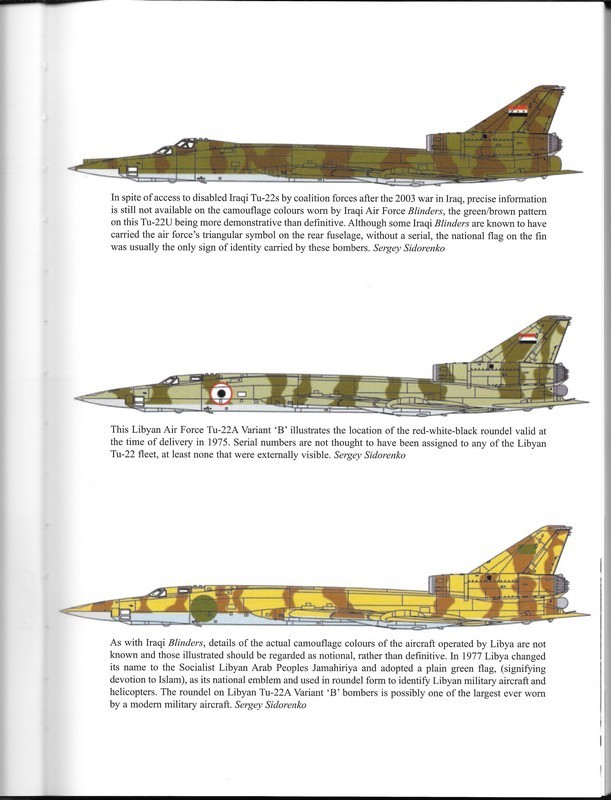 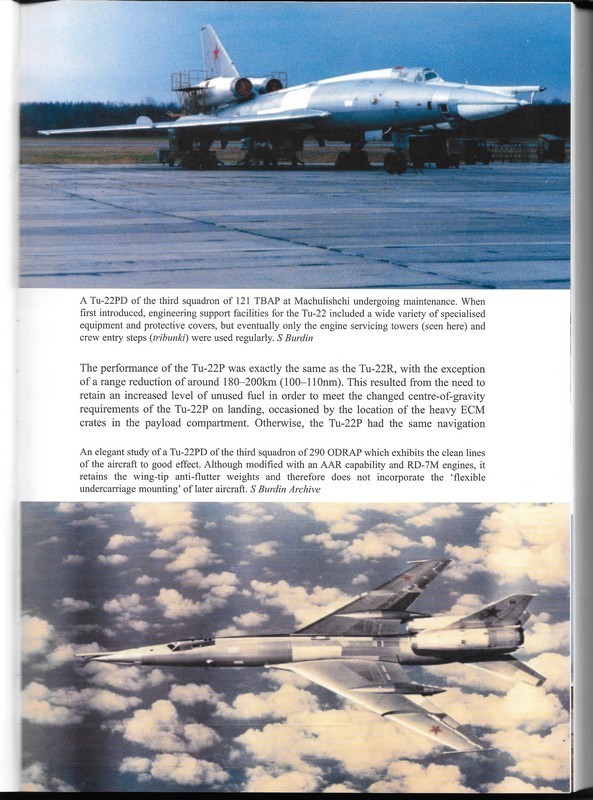 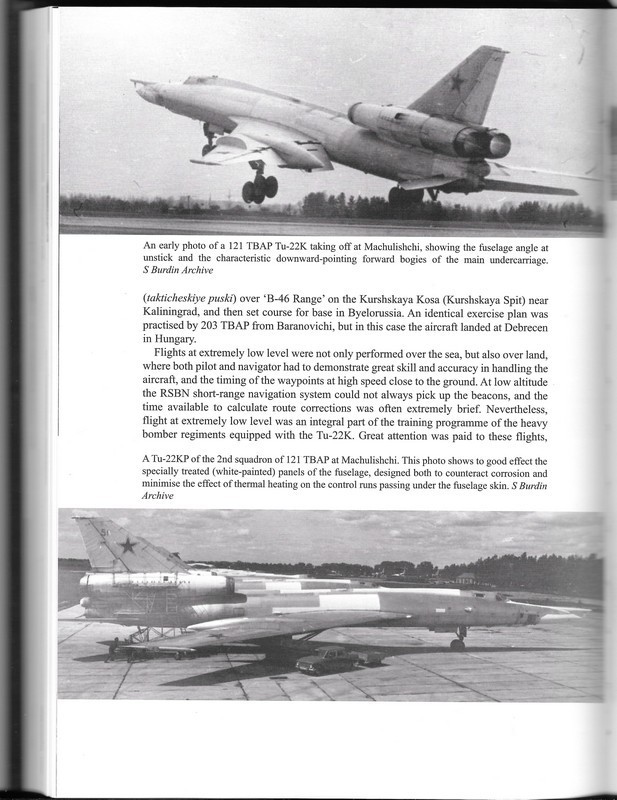 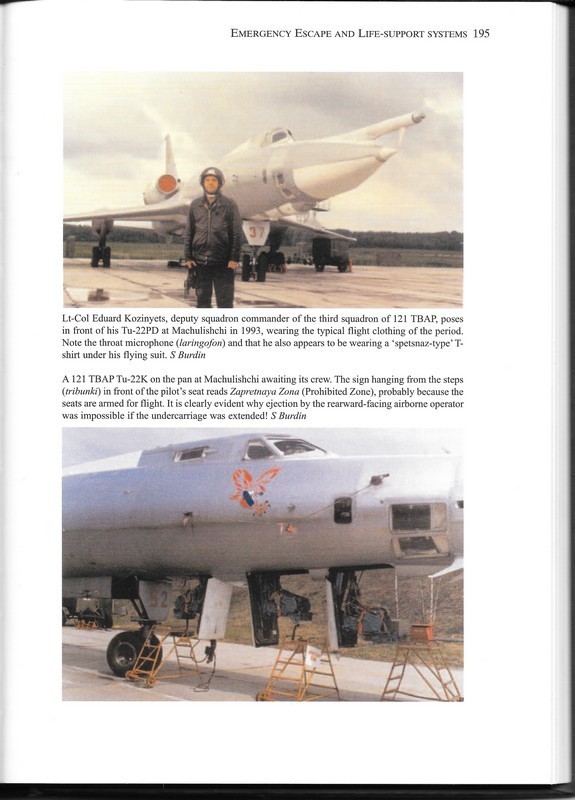 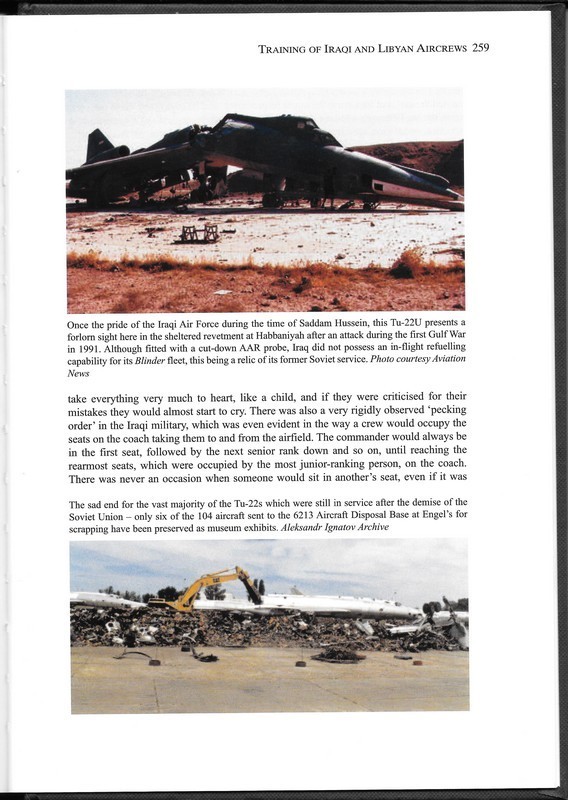 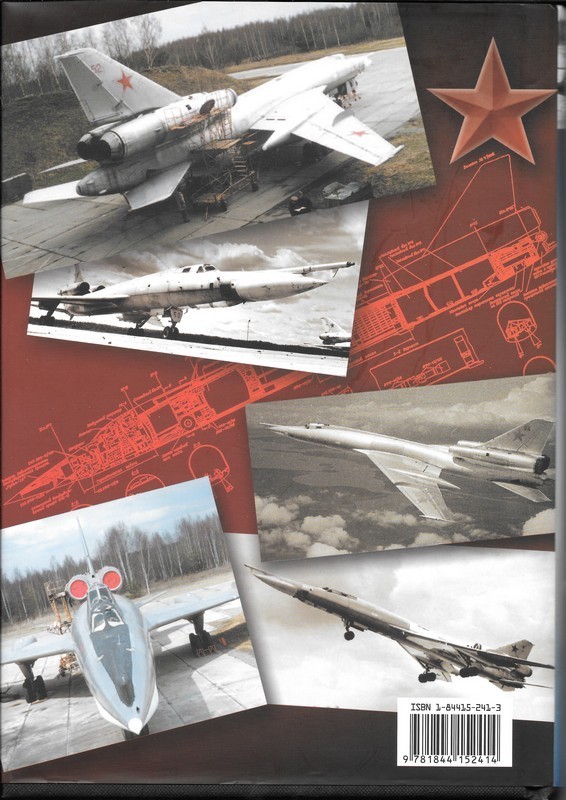