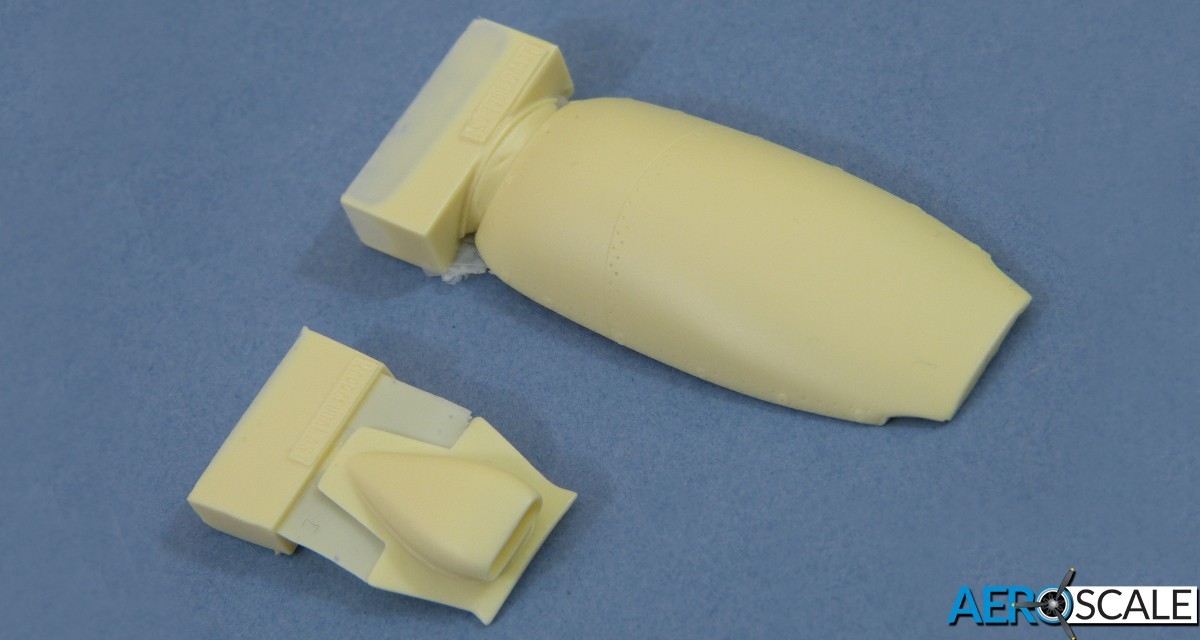 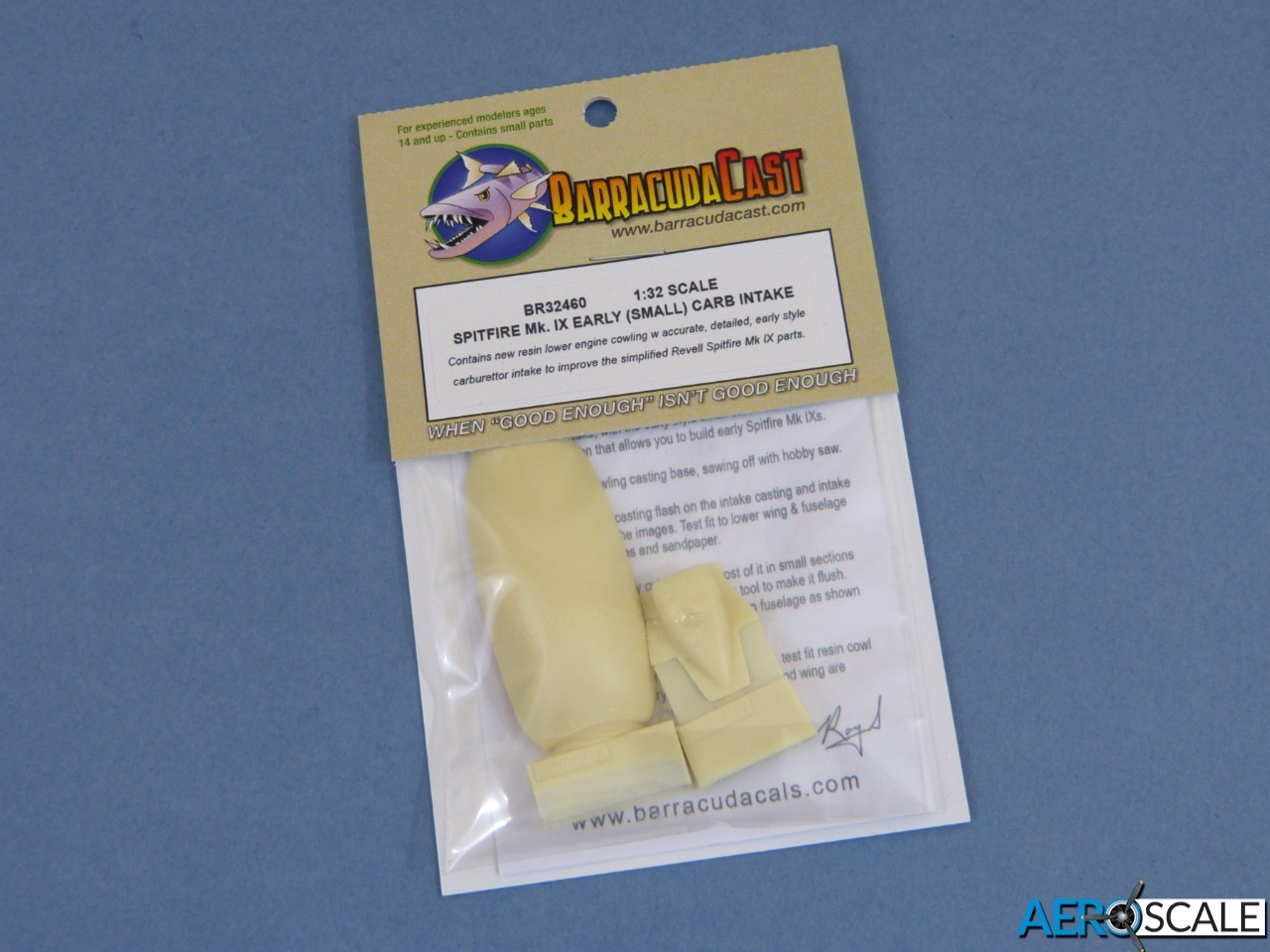 Revell's 1:32 Spitfire Mk. IX was generally very well received when it was released, and certainly offers a much more affordable build than Tamiya's state of the art kit. One limiting aspect, though, is that the kit only includes a late-style carburettor intake.

Roy Sutherland has come to the rescue with a neatly produced 2-part replacement set, comprising a new lower cowl and short intake.

The set arrives in a simple bag on a carboard backer, and comes complete with a handy set of instructions with a step-by-step guide and colour photos showing how to prepare the parts. 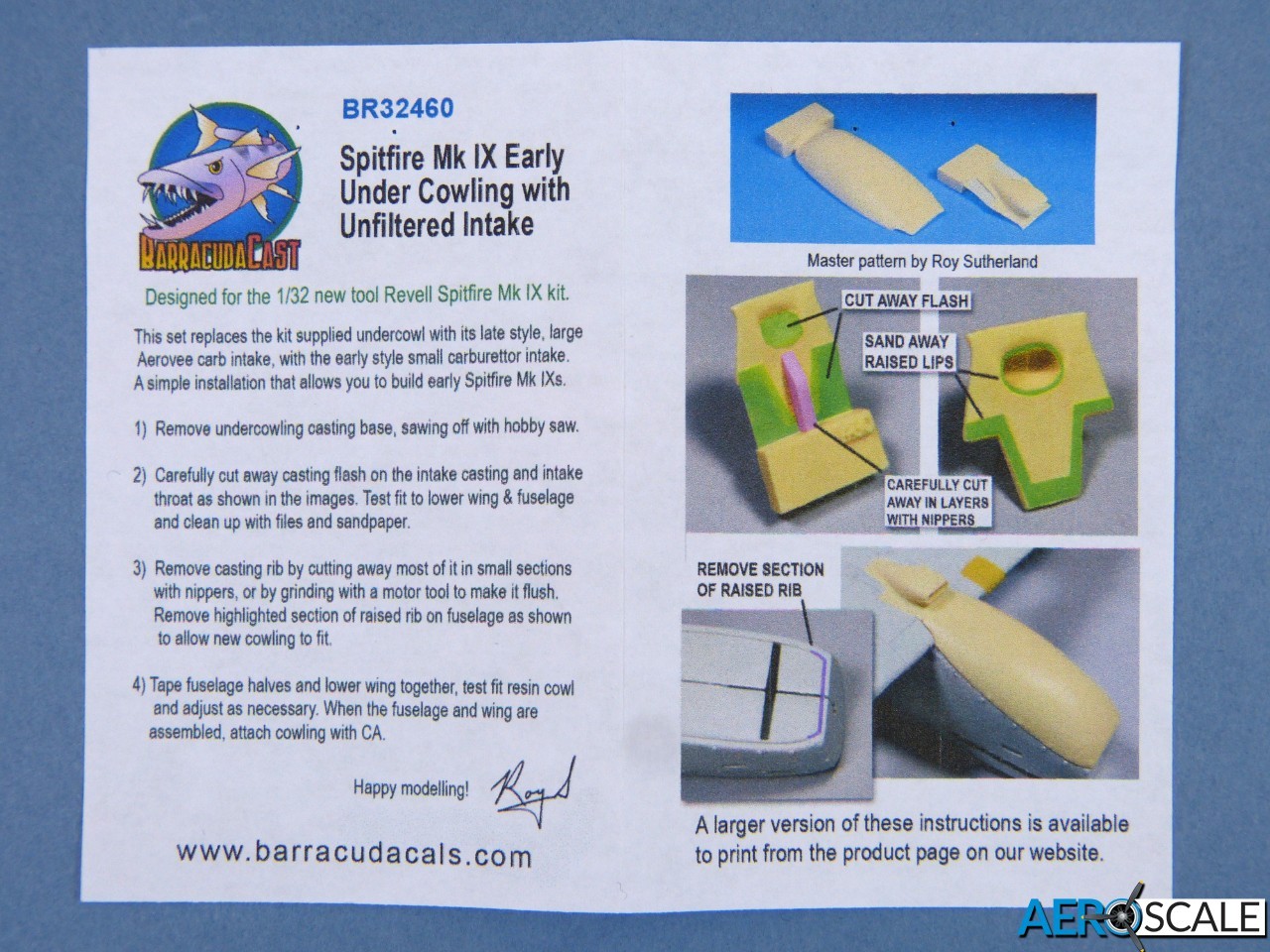 Casting is basically flawless, as you'd expect with anything by Barracuda Studios and, once cleaned up, the new parts will be simple to install, with just a small lip to remove on the kit's nose before the new lower cowl can be fitted. 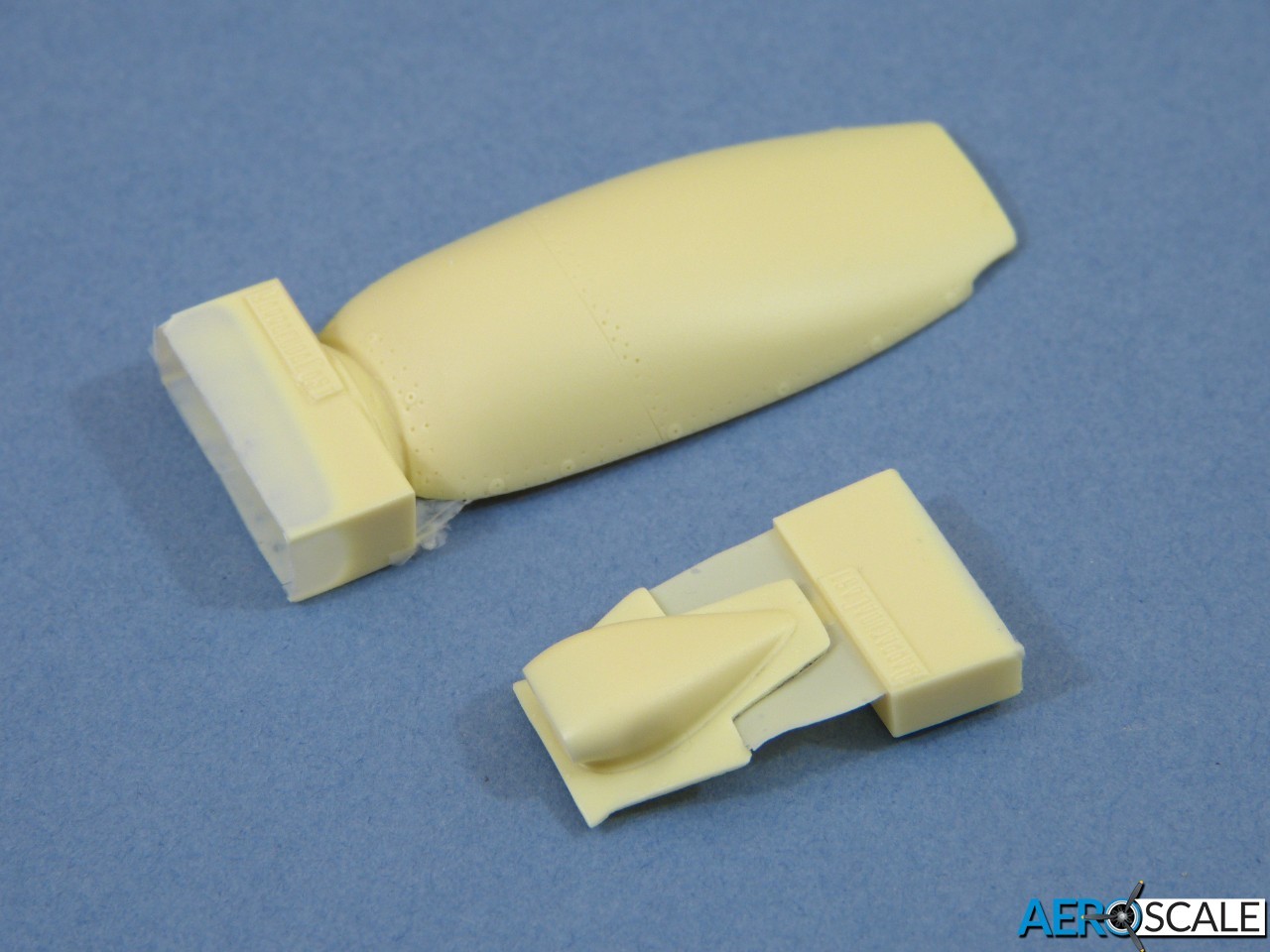 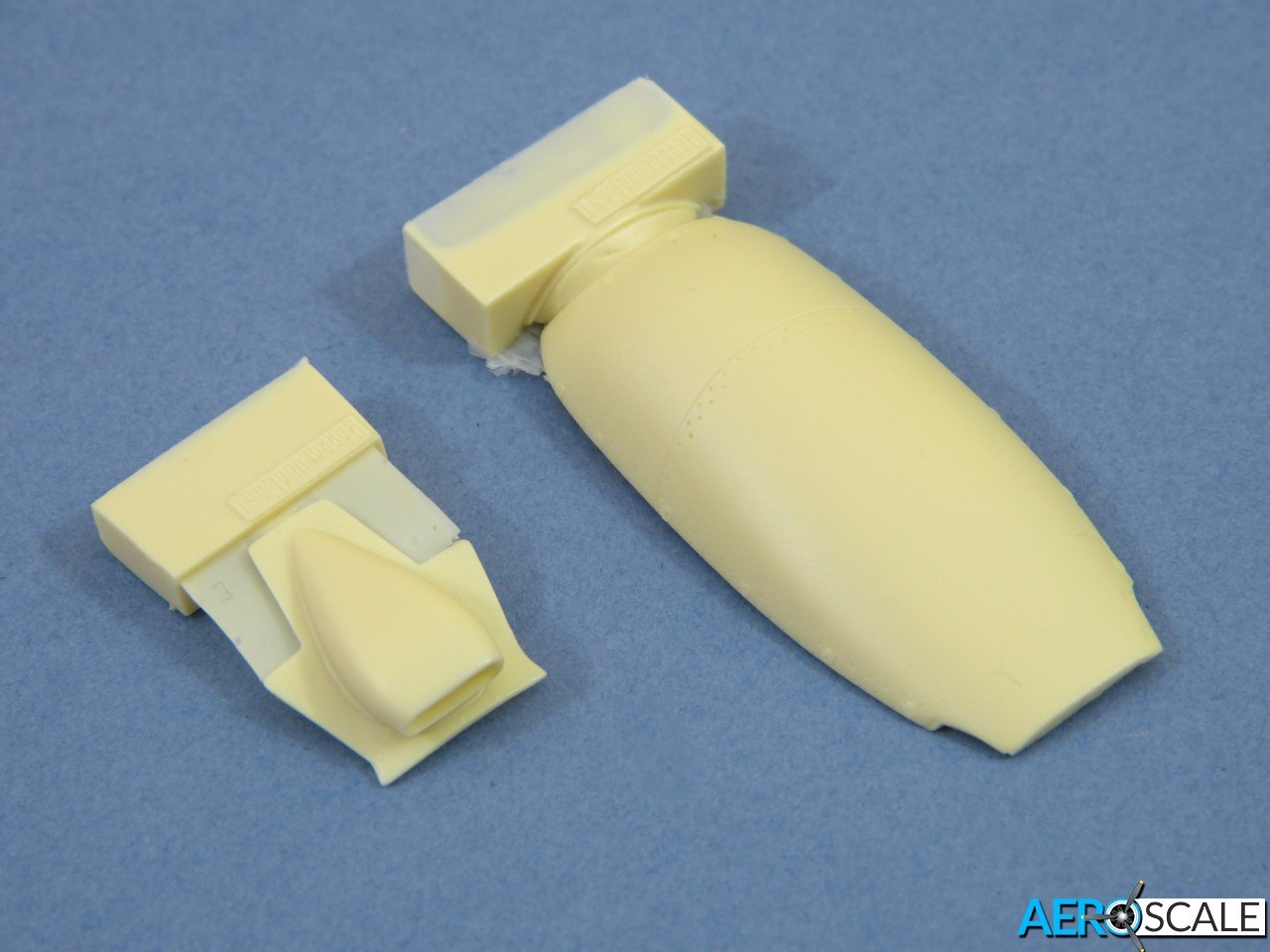 The longer carburettor intake only became standard during 1944, so this is will be a very useful set for anyone building Revell's Mk. IX, opening up a whole new range of markings options for earlier aircraft.

Many thanks to Barracuda Studios for providing the sample for review.