Merlin
Editor
posted on 3 months ago
912
views
Special Hobby have announced the re-release of their popular 1:72 Piaggio P.108B, updated with new parts and decals. 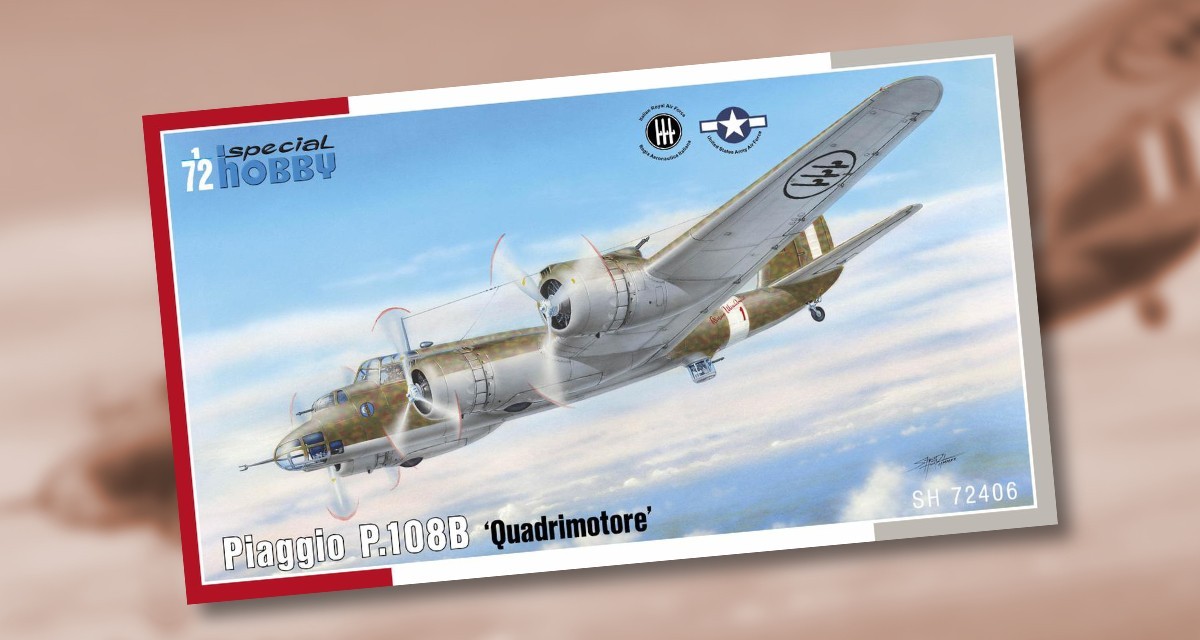 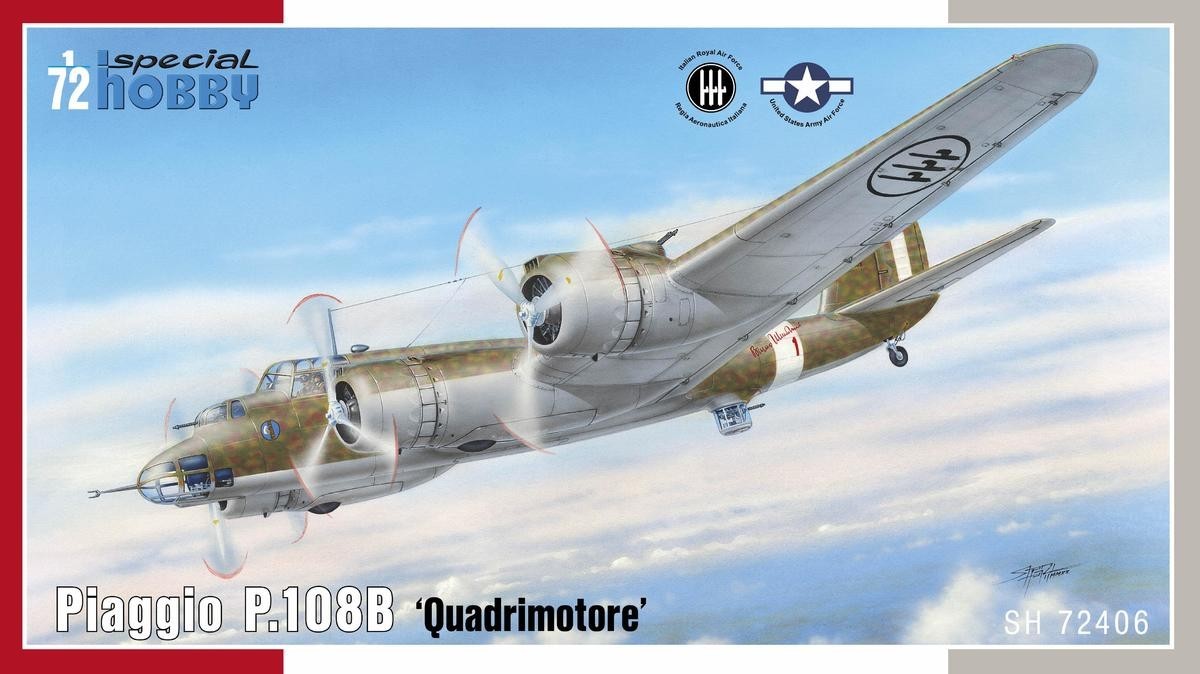 The Piaggio P.108B kit had already been re-released once in June 2020. And we unfortunately did not manage to estimate the requested number of the kits needed to satisfy all the modellers. The kit got sold out fairly quickly. So, now the kit is being released once again. The type was the sole Italian four-engined bomber of  WW2 and was mainly used to fly long-range bomber missions against Gibraltar and targets in Africa. Our model brings both styles of the nose section, with as well as without the gun turret. A total of four styrene sprues is joined by a fifth one, 3D-designed sprue, one clear parts sprue, a sheet of decals catering for three Italian airframes and one captured by the US troops.

-    Decals for four aeroplanes including one US captured 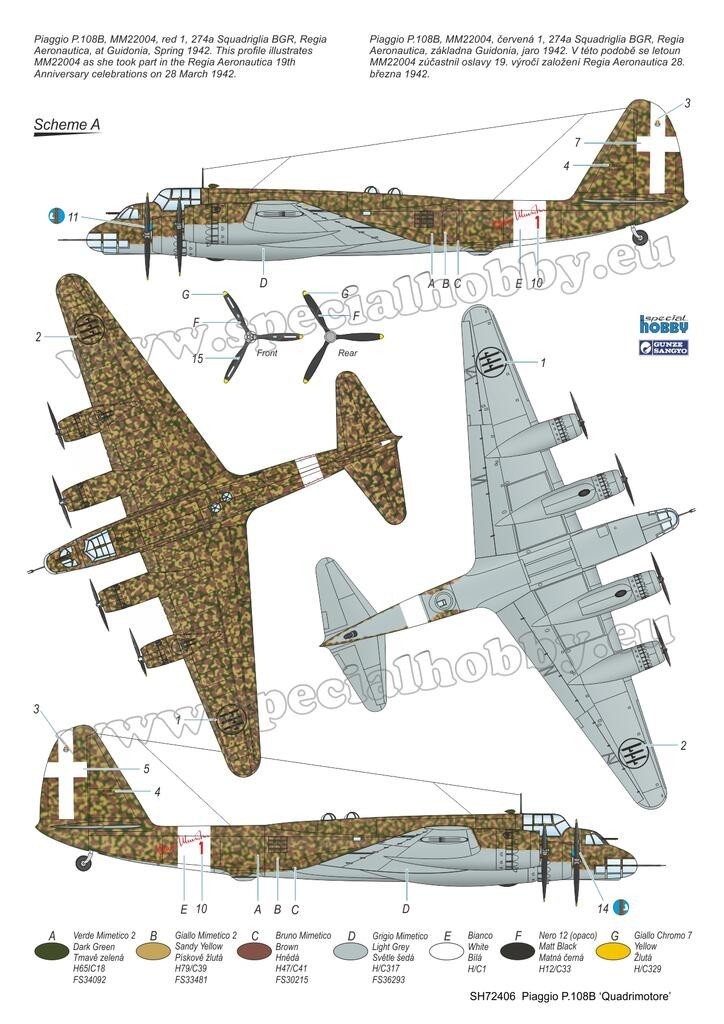 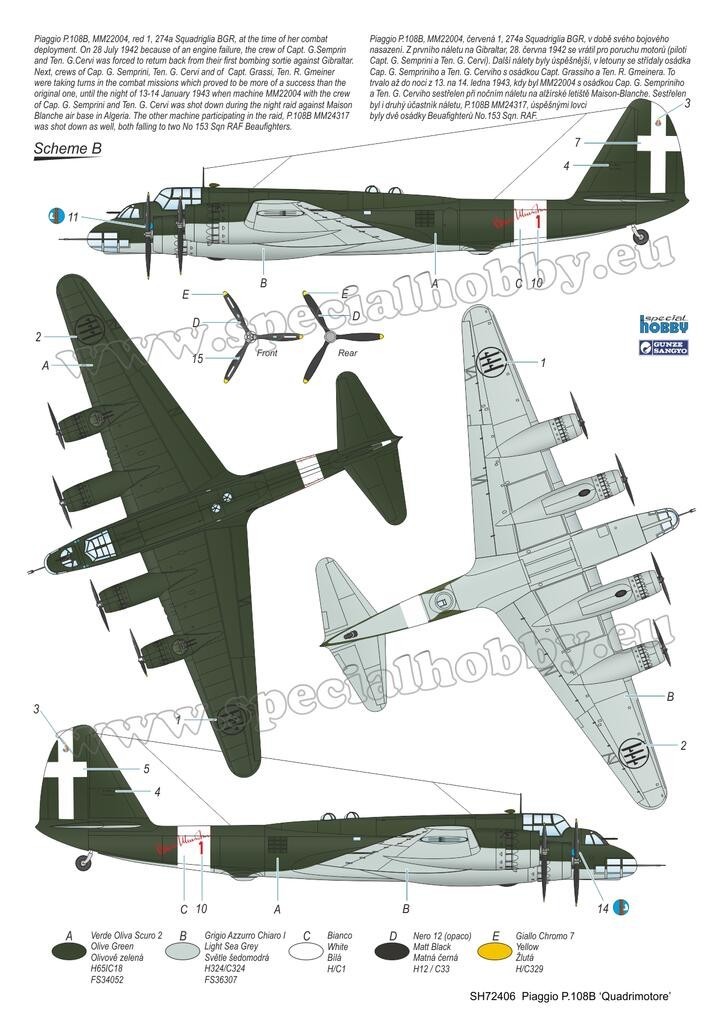 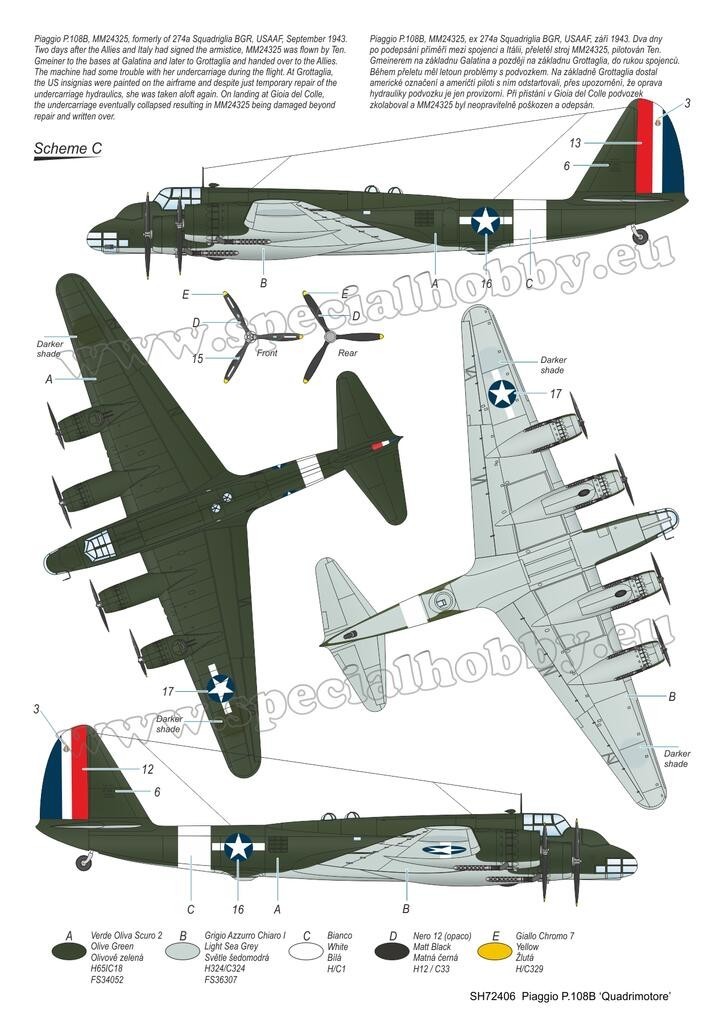 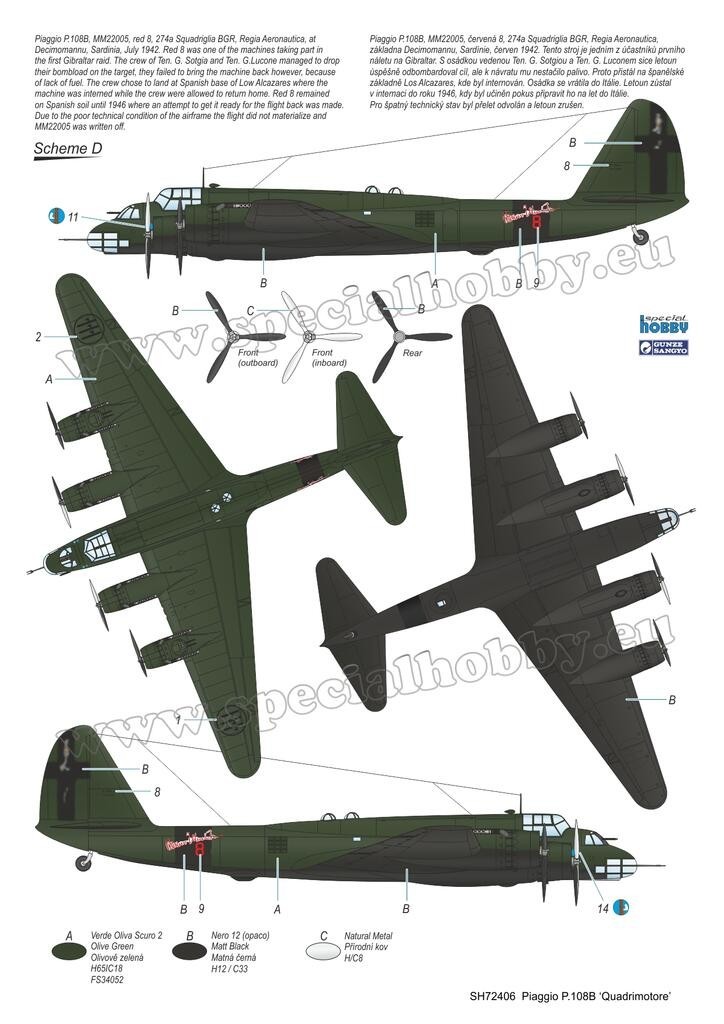