Litespeed
Editor
posted on 1 year ago — updated on 1 year ago
1,385
views
Eduard has re-released its 1:72 scale Nieuport Ni-17 as a Weekend Edition, Tim Hatton takes a look 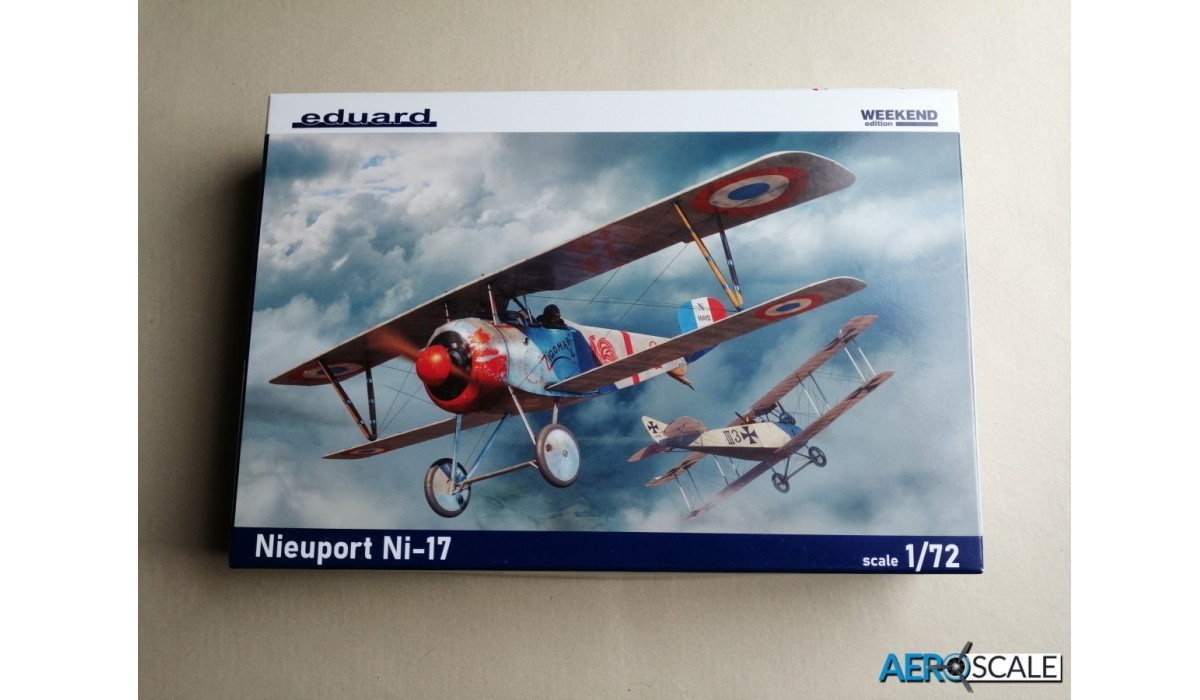 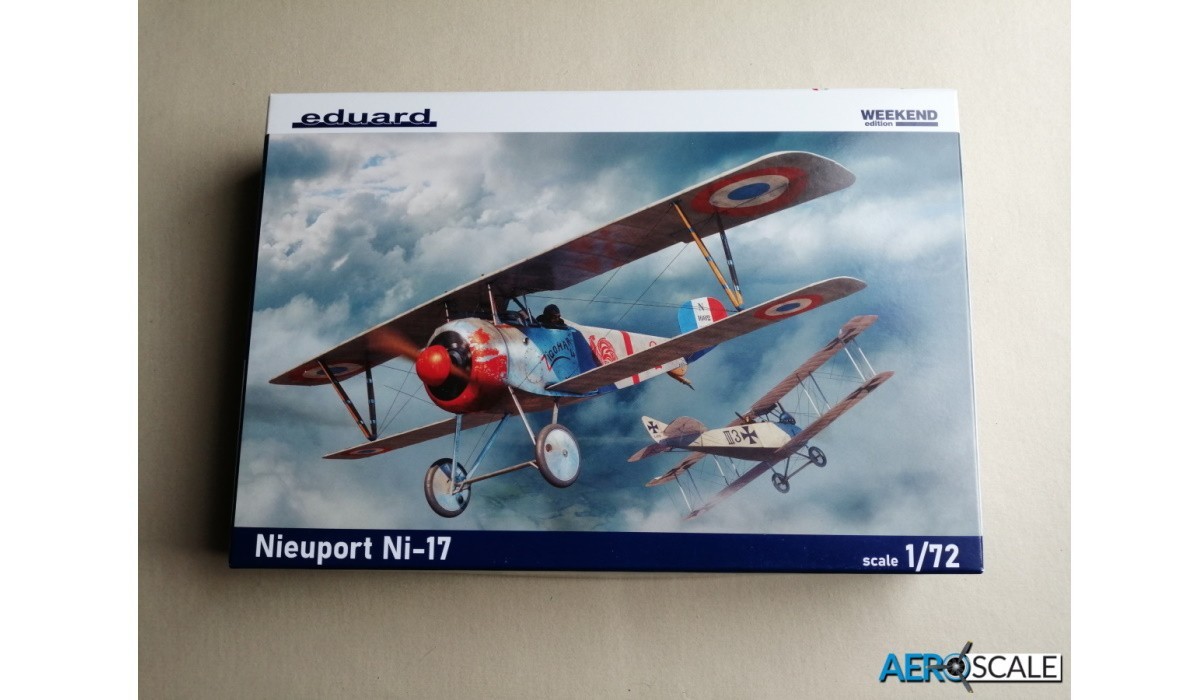 The agile Nieuport Ni-17 was the result of a long line of aircraft designed by Gustav Délage working for the Société Anonyme desÉtablissement Nieuport. The Nieuport 17 was a sesquiplane that incorporated theAlkan-Hamy system of synchronised firing. Its impressive performance helped to turn the tide of the Fokker scourge on the Western Front. Other improvements included strengthening the fuselage and wings. Aerodynamics were improved with the engine cowl designed to blend better with the fuselage. There was a greater emphasis of concentrating the weight around the centre of gravity. The Ni-17 was originally powered by the Le Rhône 9J 110 hp (81kW) rotary engine, although the more powerful Clerget 9B 130 hp (96 kW) or Le Rhône 9JB 130 hp (97 kW) were later used. 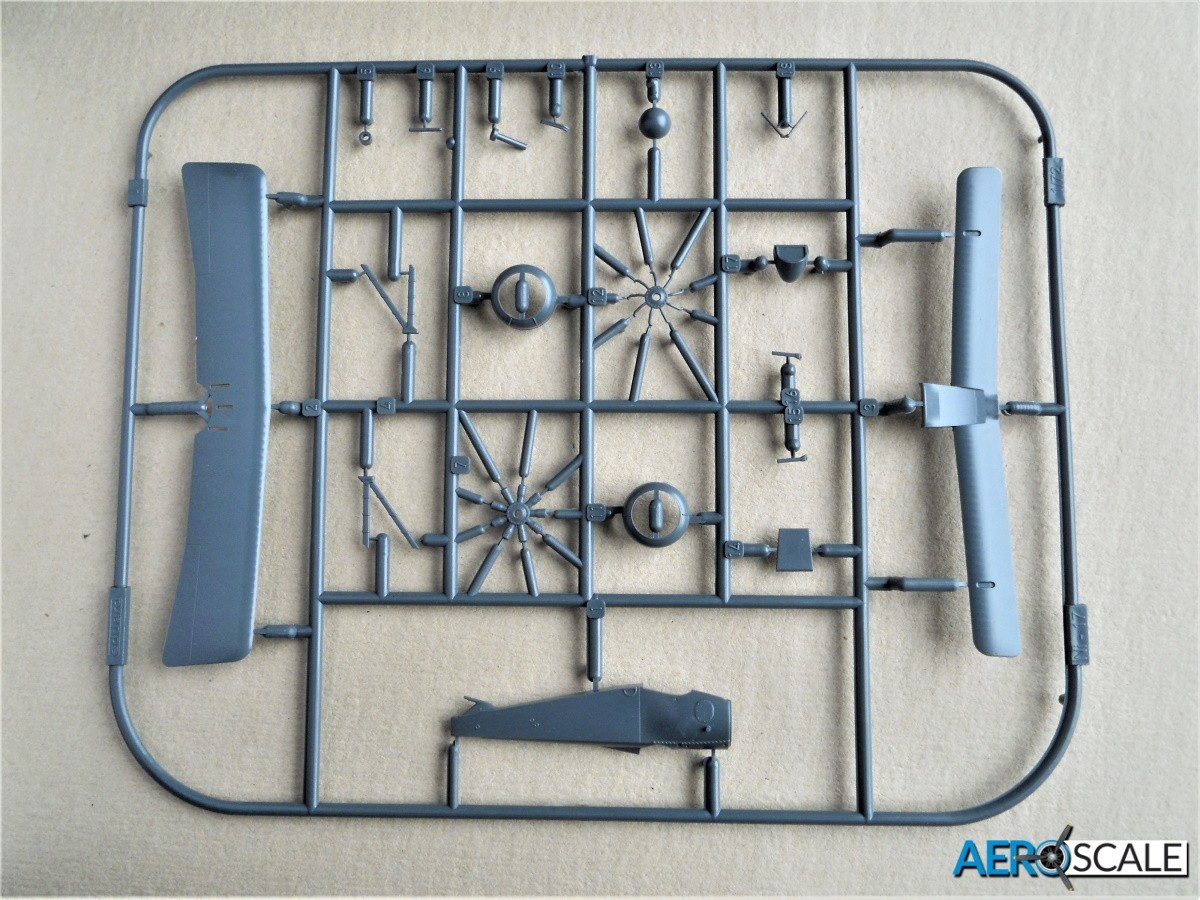 The delivery of Nieuports XVII to the units of L´aviation militaire commenced from May 1916. Eventually, all French fighter squadrons would be equipped with the type, including the Escadrille Lafayette comprising of American volunteers. From June 1916 the RFC, as well as Belgium, Netherland,Italy, Russia, and Finland would be flying the Nieuport 17. License manufacture was undertaken in Great Britain, Italy (Macchi-Nieuport) and in Russia (Dux). The American Expeditionary Force acquired seventy-five aircraft in September 1917. Most French aces including Charles Nungesser and Georges Guynemer gained most of their victories flying the Nieuport 17, as did other allied pilots. British ace Albert Ball favoured the Ni-17 over S.E.5a, achieving 44 aerial victories flying agile French fighter until his death in May 1917. Charles Nungesser and Paul Tarascon [l'as à la jambe de bois] who also favoured the Nieuport overSPAD VII. Many other aces flew the Ni-17 with great success and the design further developed with Ni-21 and Ni-23, which were basically still the same design. Many examples served after the Great War not only in various air forces also in private hands for the then hugely popular Flying Circus attractions. 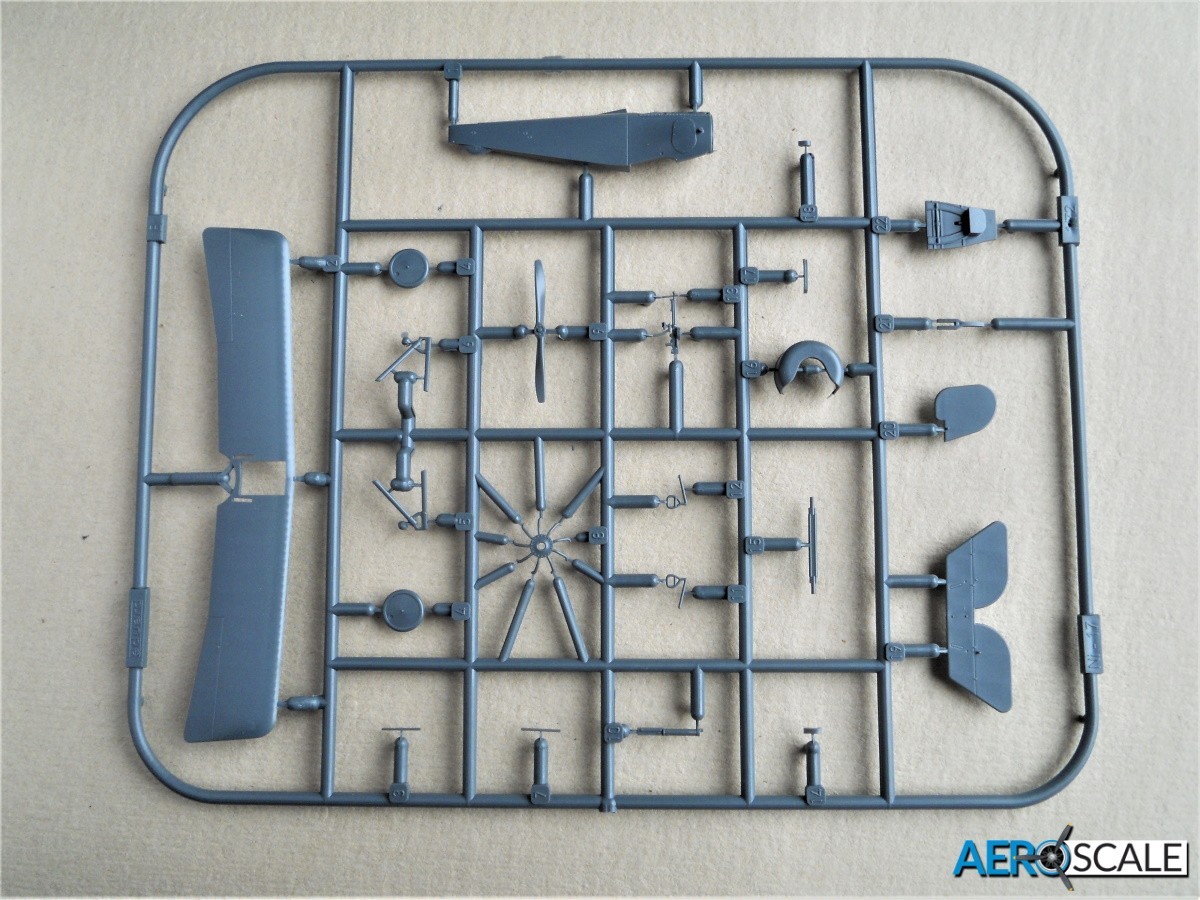 Armament consisted of one synchronised Vickers 7.7 mm machine gun installed on fuselage in front of the cockpit, firing through the propeller arc. French examples had it mounted in the centre of the longitudinal axis, while  RFC repositioned the machine guns to the right side (they also used different Vickers-Challenger Gear synchronisation system). The main fuselage machine gun was sometimes complemented by one Lewis on the upper wing, which the RFC pilots preferred, as the British synchronisation system was unpopular in the RFC. Additional modifications included two fuselage or two wing-mounted machine guns, usually the result of pilot´s preferences. Nieuport 17 was also capable of carrying eight Le Prieur rockets mounted on the inter plane struts. A few aircraft were equipped with a non-turning prop hub dubbed the “Cône de Pénétration”. Some aircraft were covered with celluloid in the centre section of the upper wing for better pilot visibility. 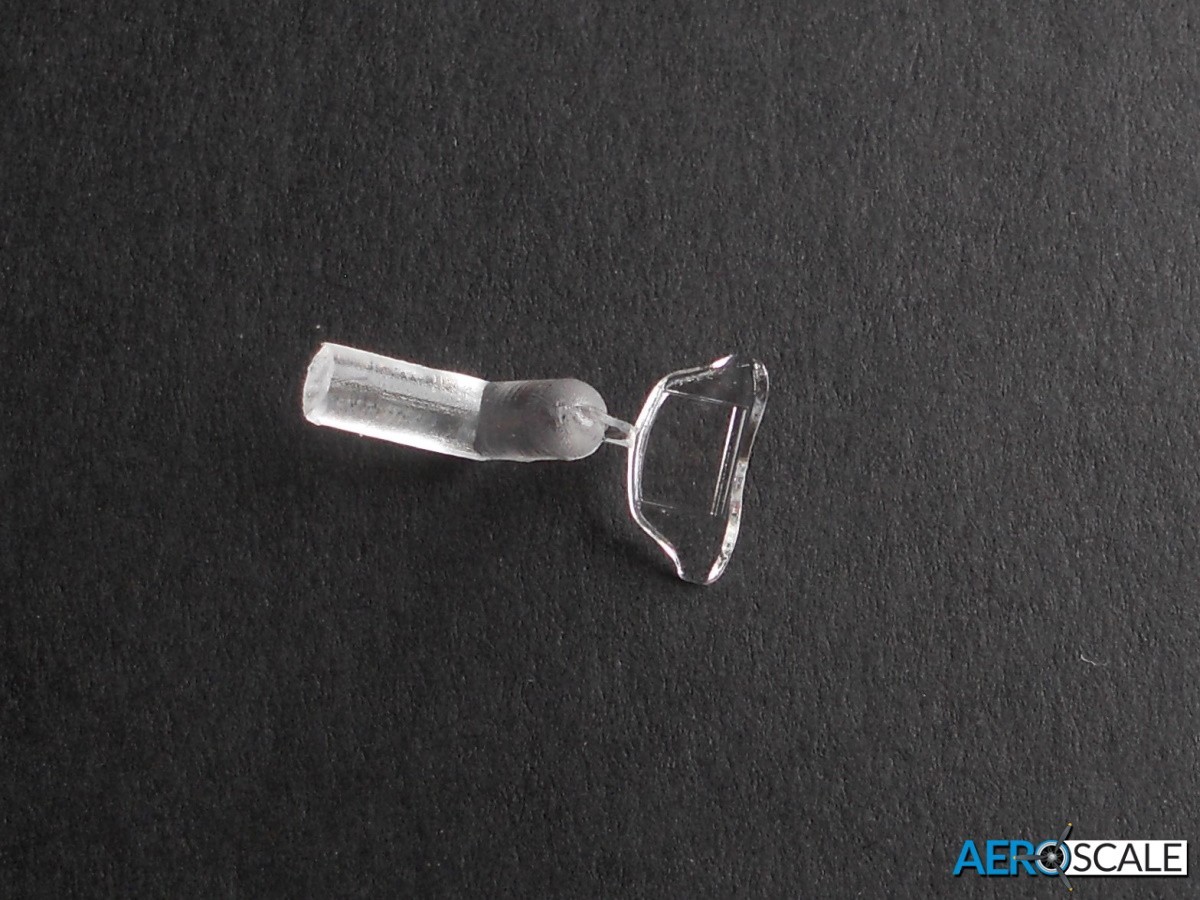 The start of  year 2021 saw Eduard changing the look of their Weekend Editions. Gone are the simplified box illustrations, replaced with the excellent illustration featuring one of the marking options duelling with a what looks like a LVG C. II. A great move for the casual buyer perusing their local model store. The usual Weekend two marking option has now been expanded in this case to four. This Weekend Edition comprises of forty plastic parts and one clear part. It looks to all intent and purposes a simple kit to put together and might make an ideal introduction 1/72 scale to modelling WWI subjects. The kit was first released in 2006 and I remember Vladimir Sulc CEO of Eduard saying the project took six months to create. The short gestation period was due to a deadline, as Eduard wanted the kit to be out just before the film ‘Fly Boys’ which premiered in 2006. The film might have been a bit of a flop, but this release certainly isn’t. 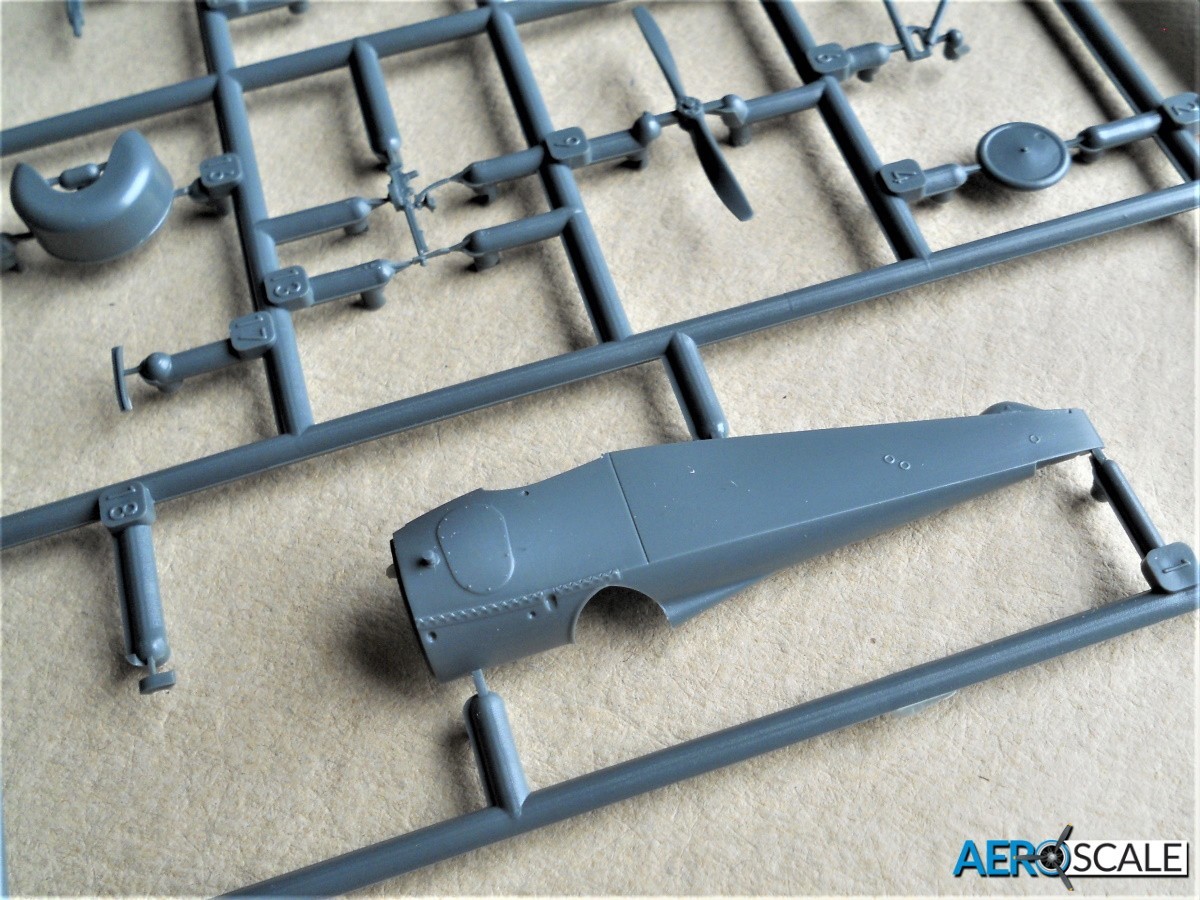 Contents of this Weekend Edition include:

The cockpit is very simple affair comprising of a cockpit floor, rear bulkhead, seat and control stick. There is a small amount of detail on the inside of the left cockpit wall. No instruments, but I believe the French flow Ni-17 had only a single instrument in the cockpit. There are a couple of lap straps included on the decals sheet. The single clear part is for the windscreen. The rotary nine cylinders engine is one piece with some good detail. Onto which is added the one piece spider like exhaust pipes. Two of the marking options has the fixed cône de penetration mounted at the front of the prop. The one-piece prop looks very good with raised detail on the boss.The first option is armed solely with the standard edition Vickers 7.7 mm fitted in front of the cockpit. There are a couple of parts fitted to the left and right representing the ammunition chutes. The other three aircraft have an additional Lewis machine gun fitted to the upper wing. 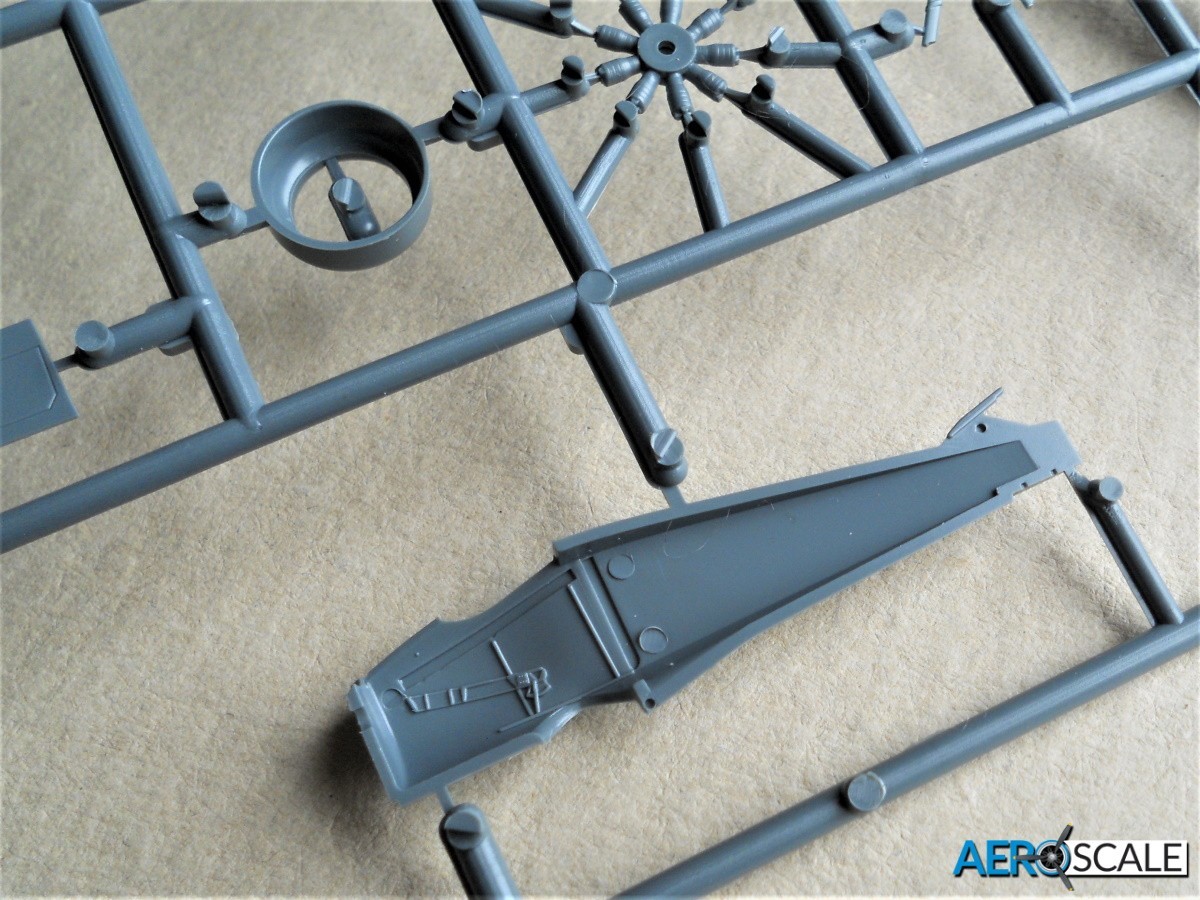 Both of the upper and the single lower wing are one piece. Impressively there is not a hint of a ejector mark on the surface. The look of the stretched fabric is very subtle. There is a choice of upper wings with or without the Cellon transparent panel cut out. Eduard has chosen to leave the cut out as a void. 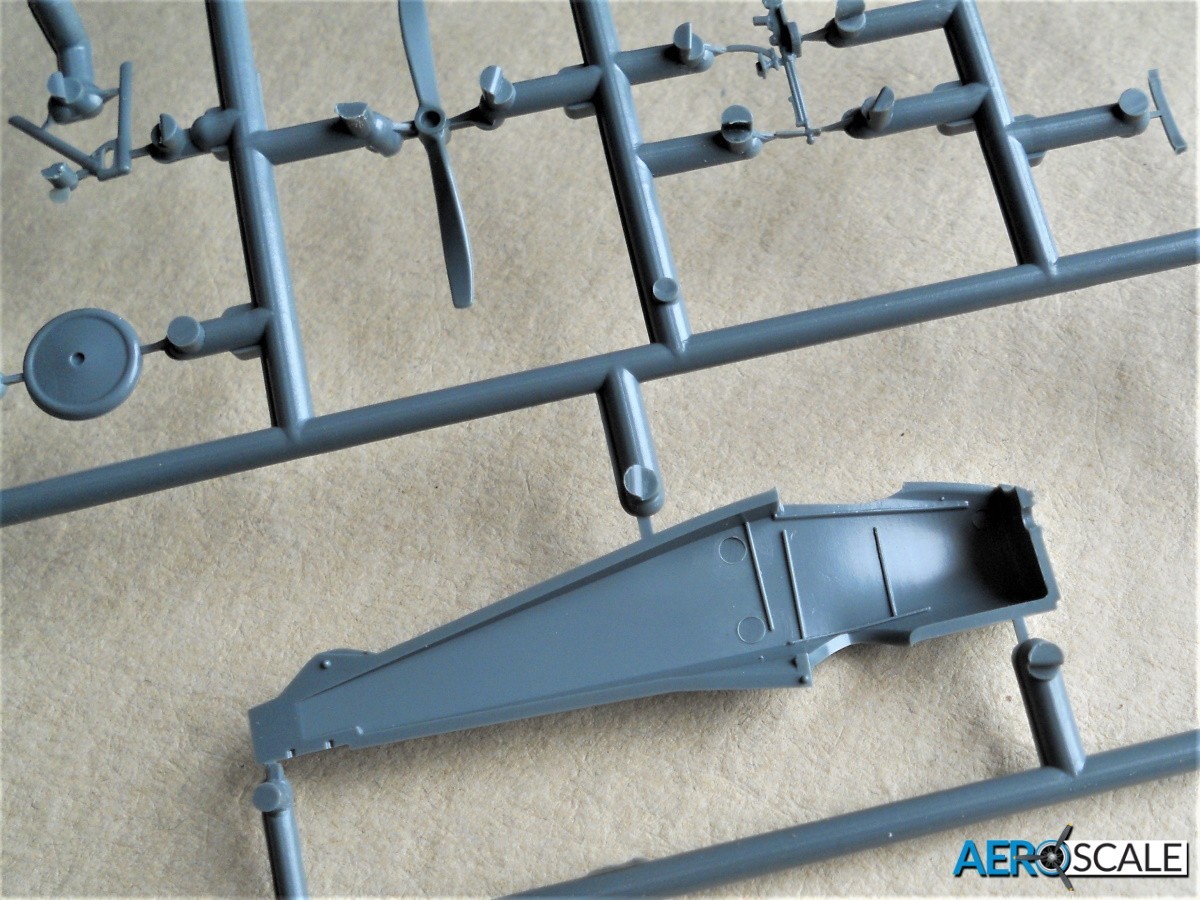 The interplane V struts on each wing are one piece and there is a decent tab at the joint of the two struts, which goes into a slot in the lower wing slot. The two forward cabine struts are individual parts were as the rear V shaped struts is one piece. 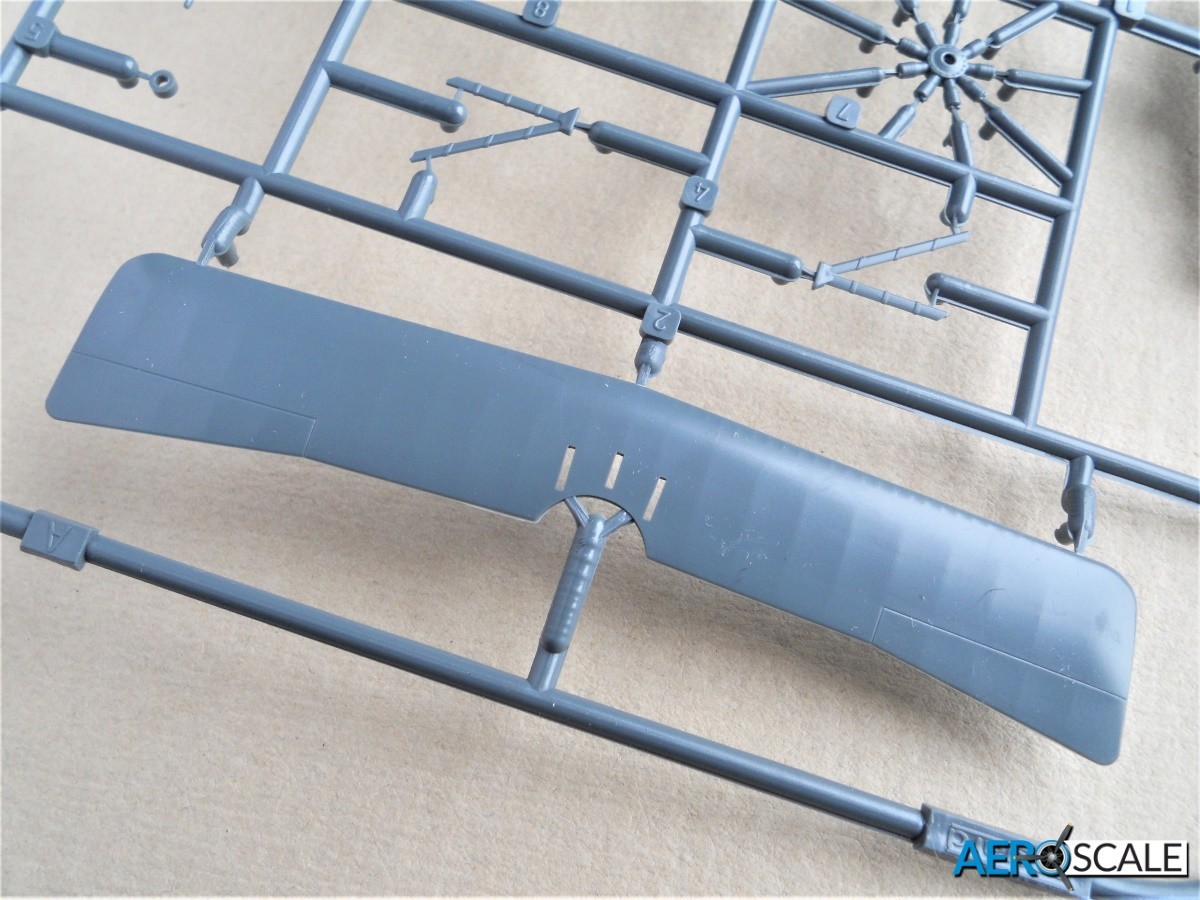 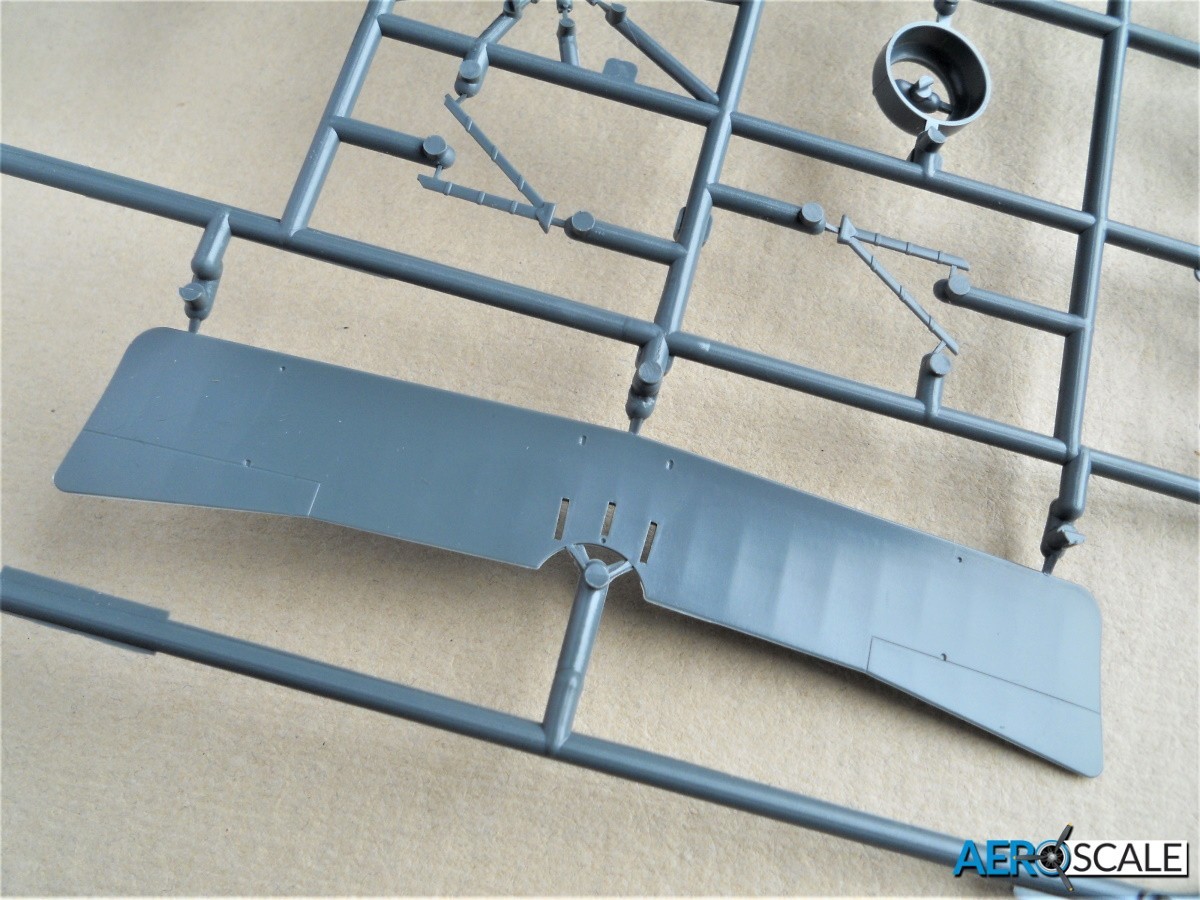 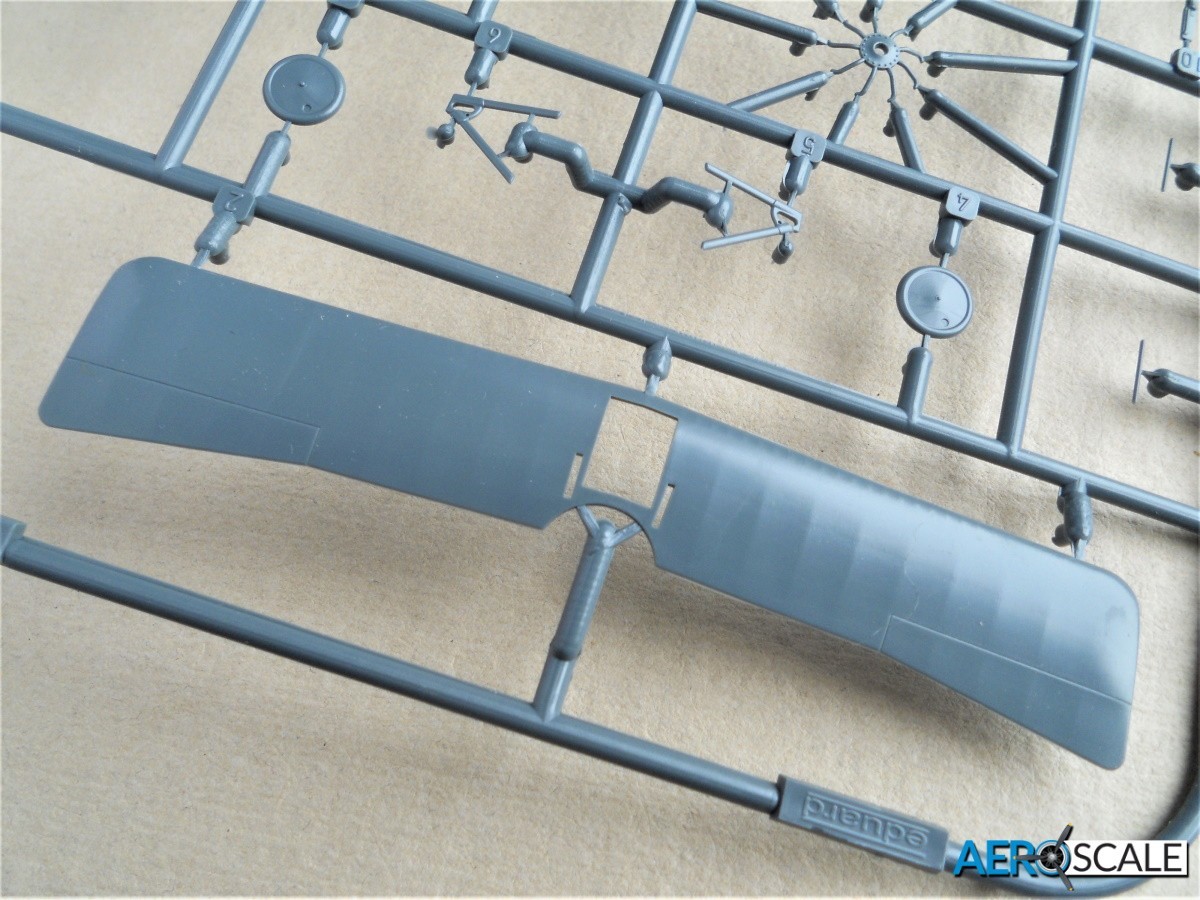 None of the control surfaces are separate and the horizontal tail is one piece as is the rudder.

The undercarriage is made up from three struts and the wheels are each one piece. The rear tail skid is attached to the left hand fuselage. 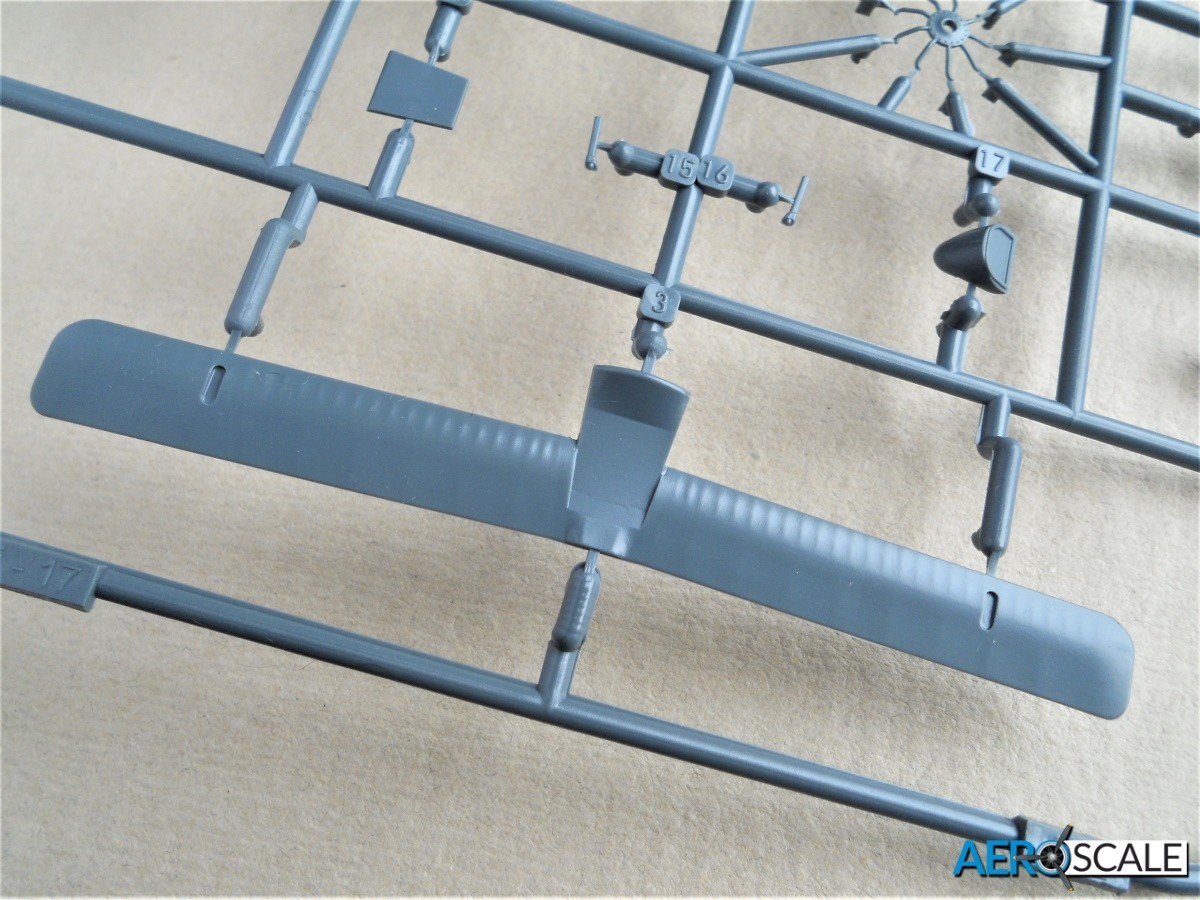 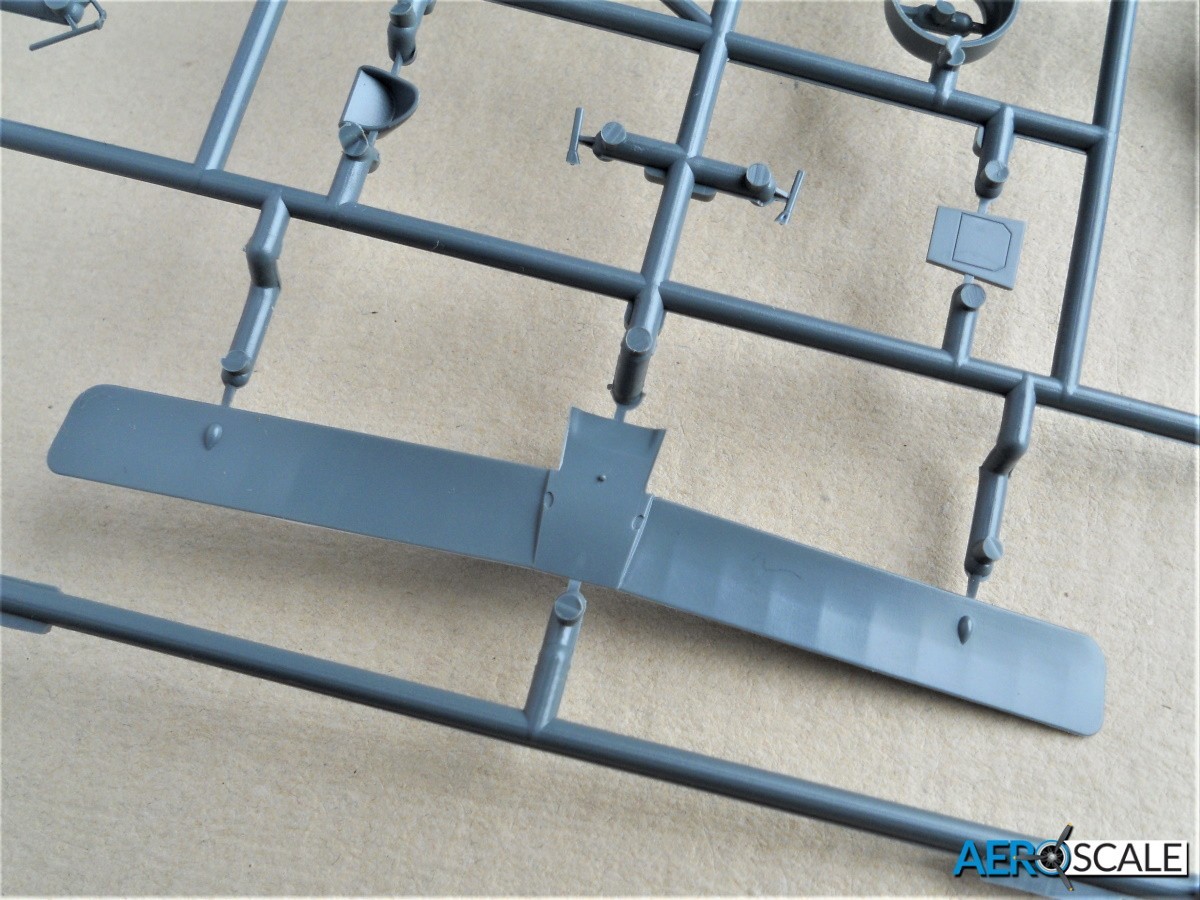 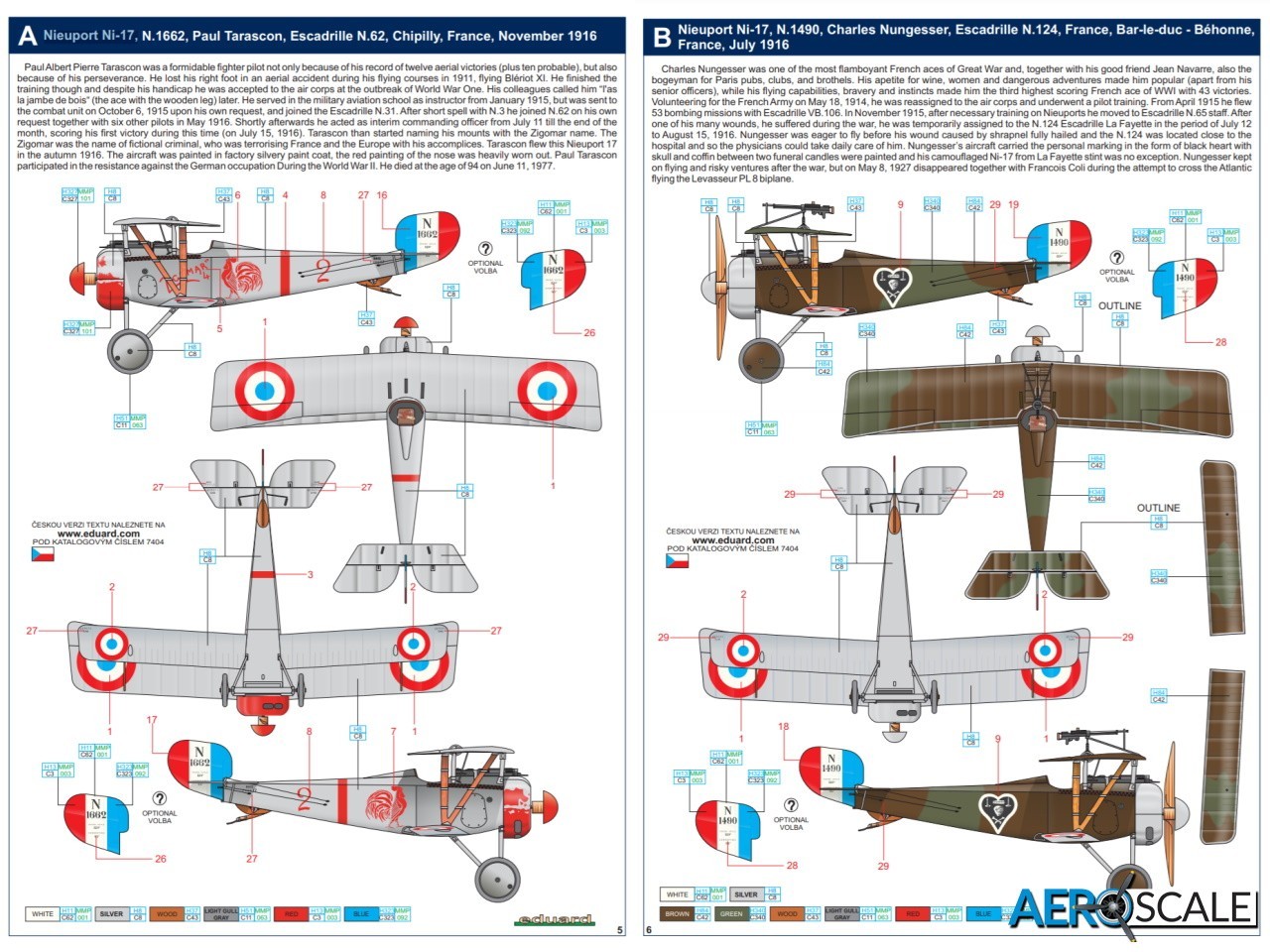 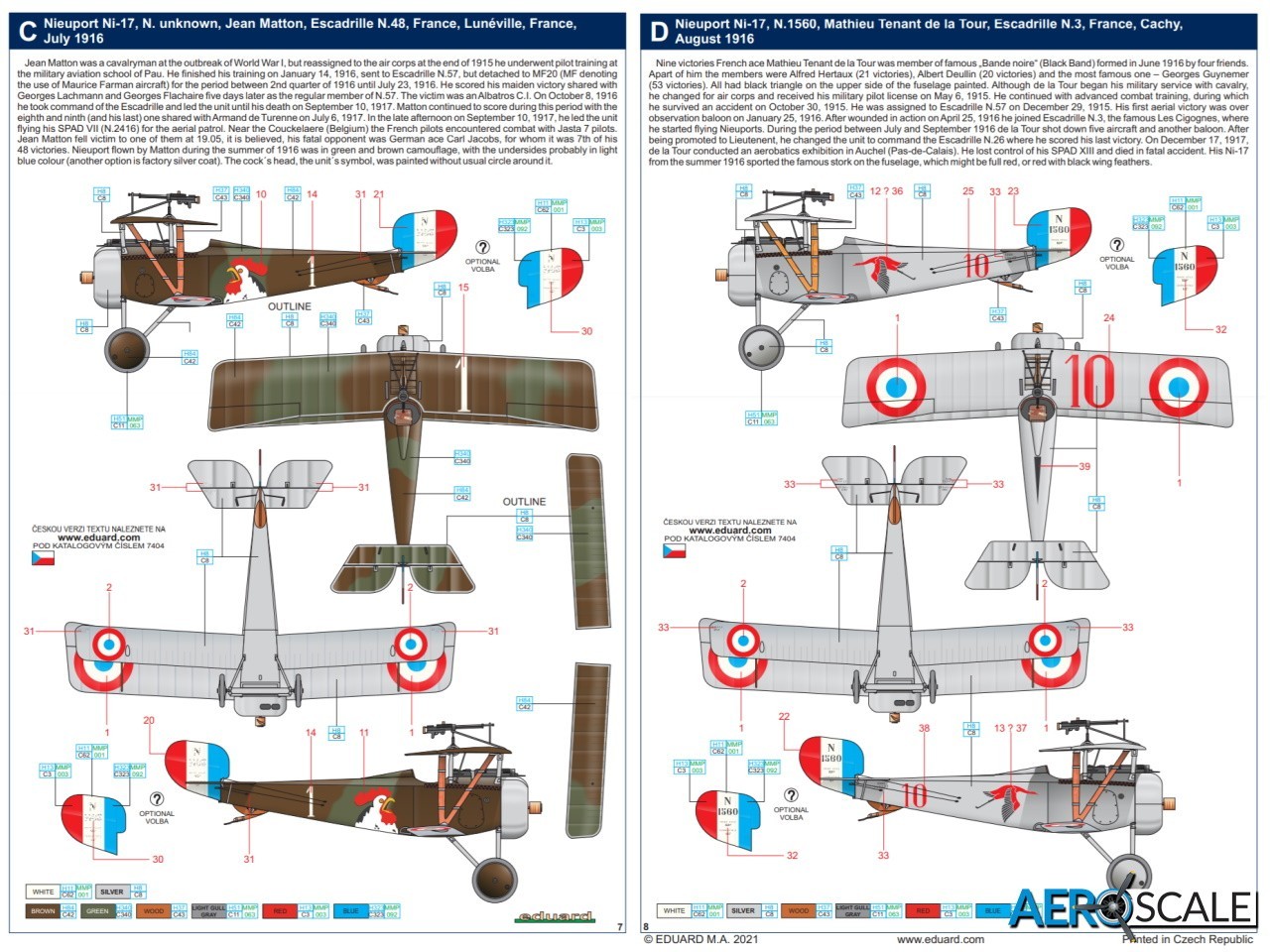 Options ‘A’ and ‘D’ are painted silver overall, while options ‘B’ and ‘C’ have silver painted on the under surfaces. The upper surfaces are painted mahogany brown and field green. Paint references are for Gunze and Mission Models. 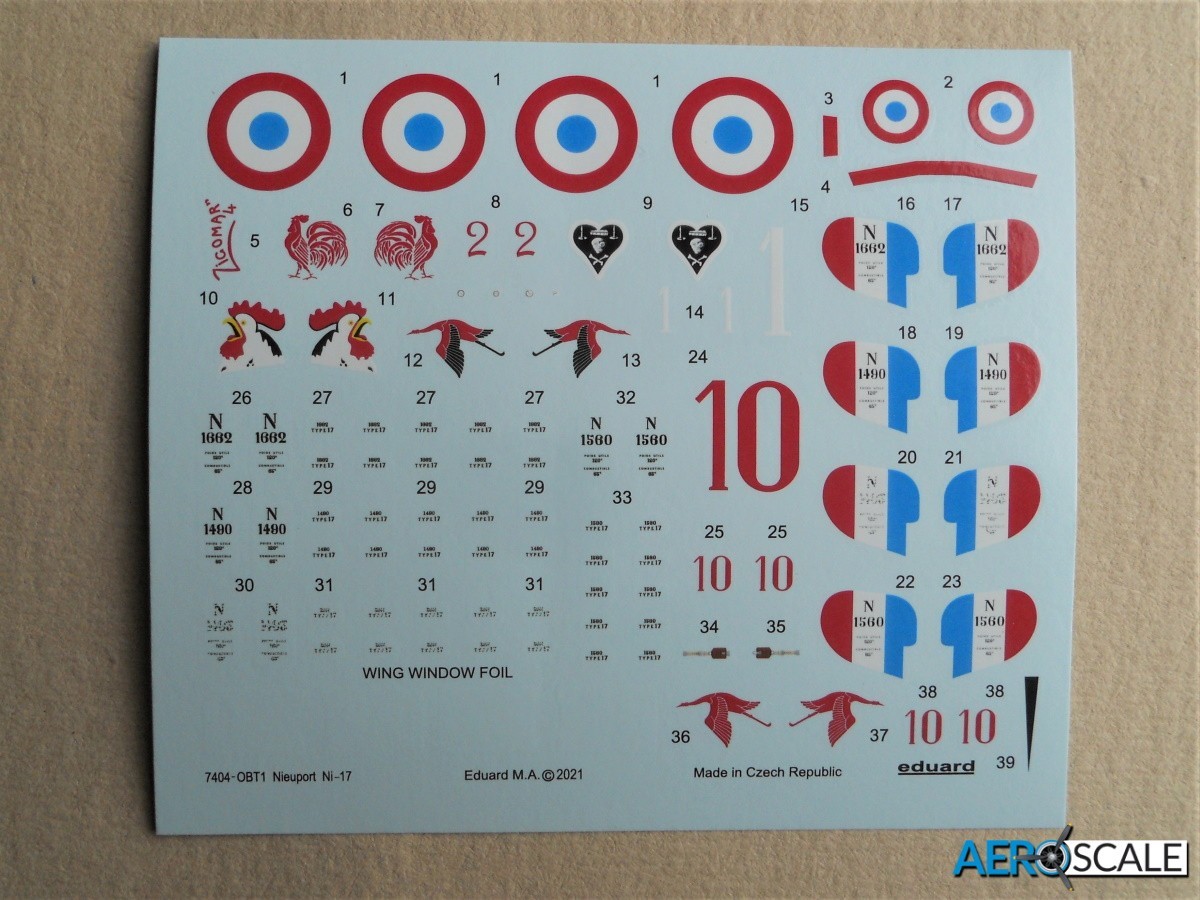 The decals, Eduards own, are quite superb in quality. The definition is first rate as even the smallest lettering is legable.

The A4 format eight instructions page build manual is pretty easy to follow. There are a couple of pages covering the build and four pages of colour profiles. The only thing missing is a guide to attaching the rigging. 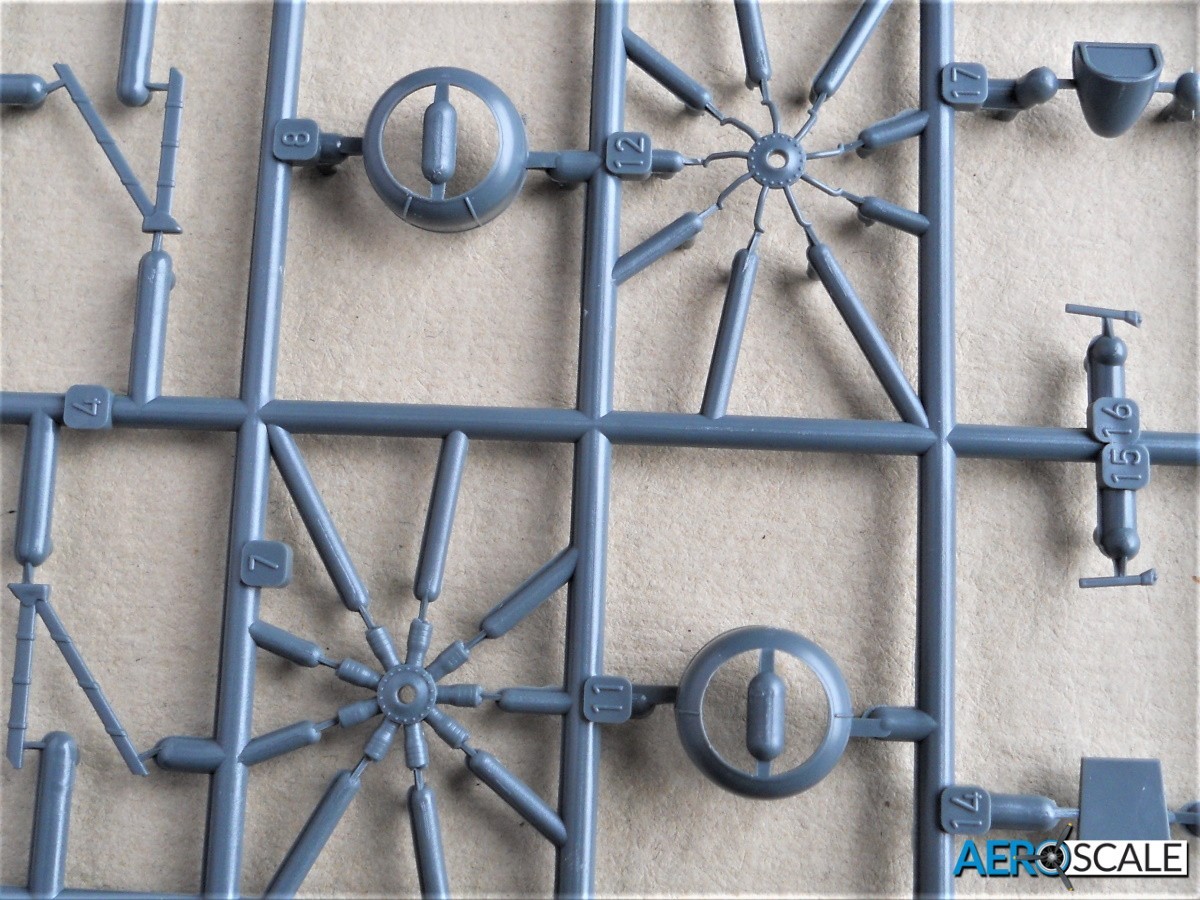 The kit doesn’t look like a complex build as reflected in the number of parts and that only two of the eight pages of instructions cover the build. The quality and subtle detail is clear to see and does look as if it will build into a stunning looking model. The four marking options is a real bonus. Its disappointing not to see a dedicated rigging diagram though.

Our thanks to Eduard for supplying the kit for review. 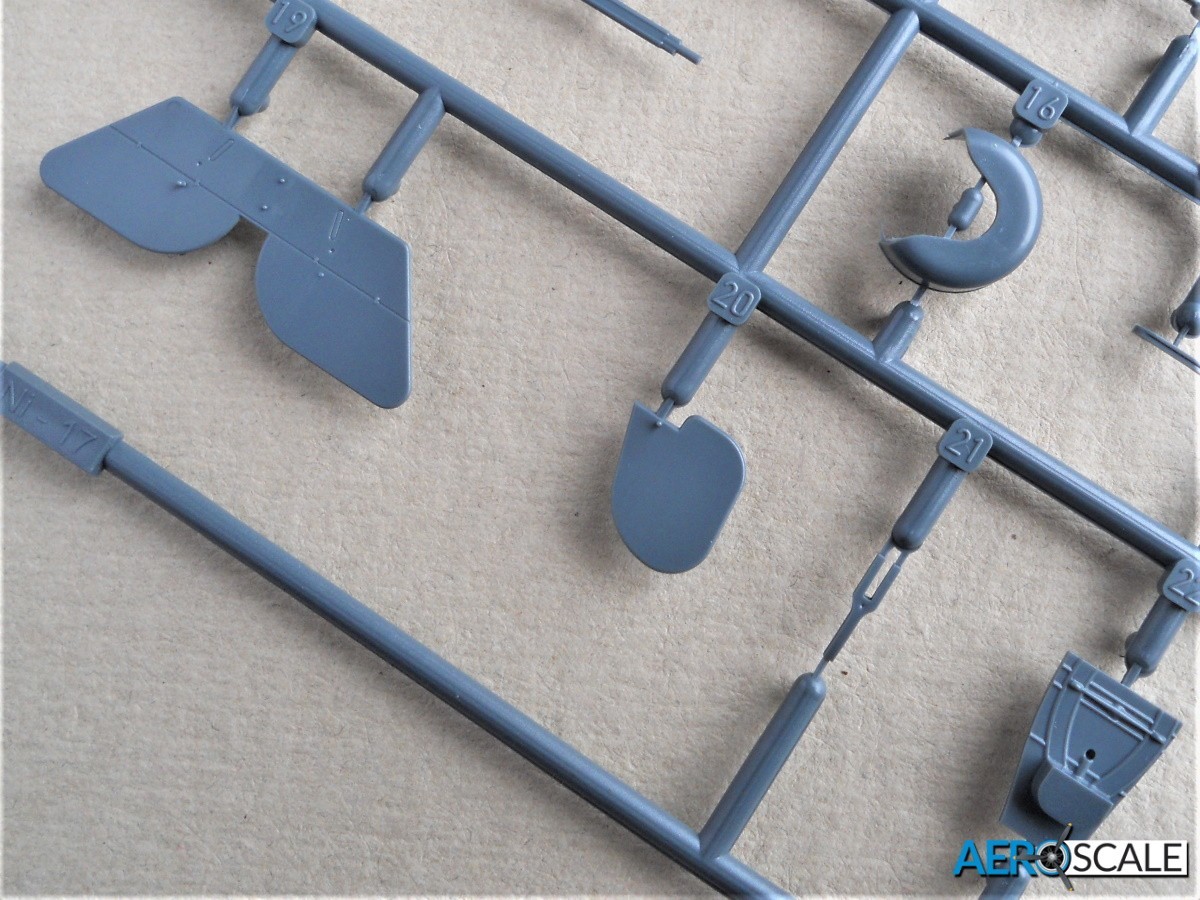 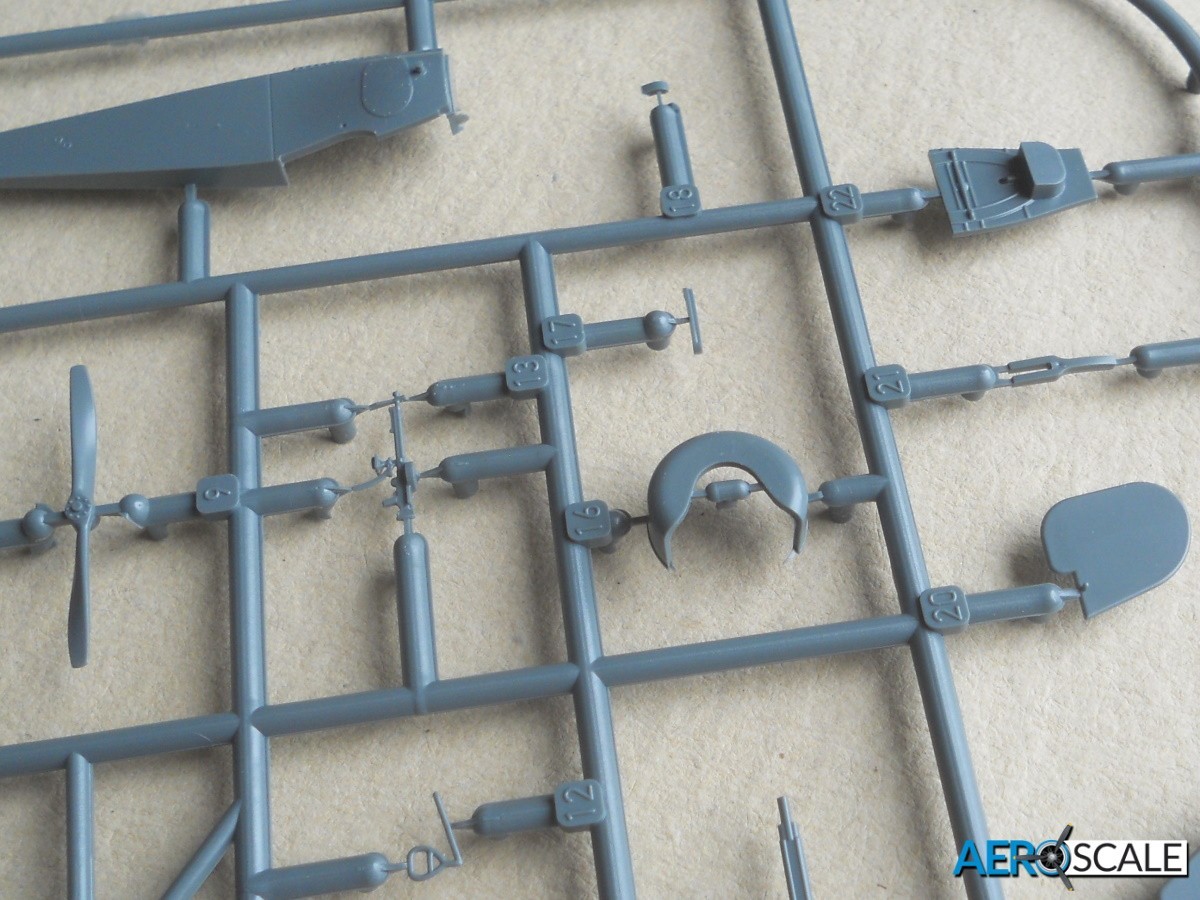 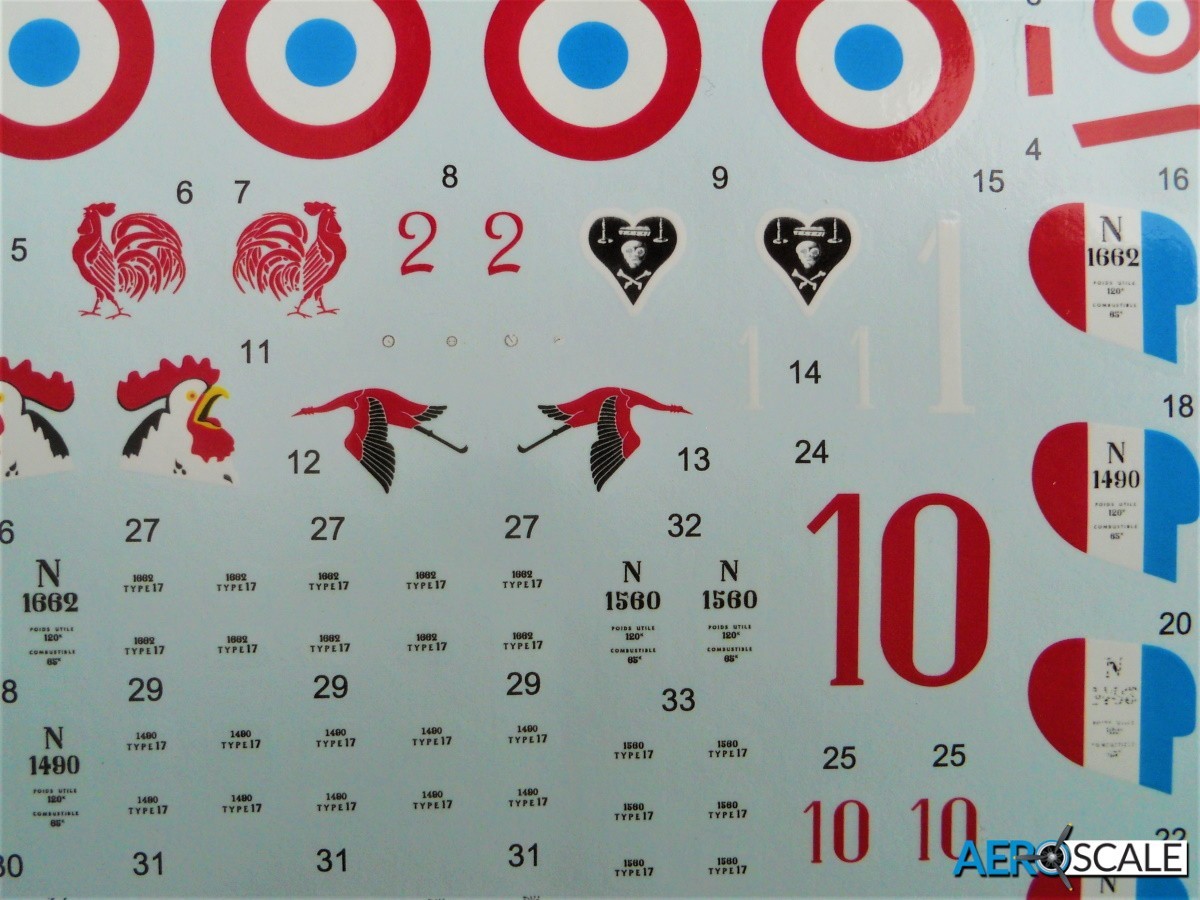