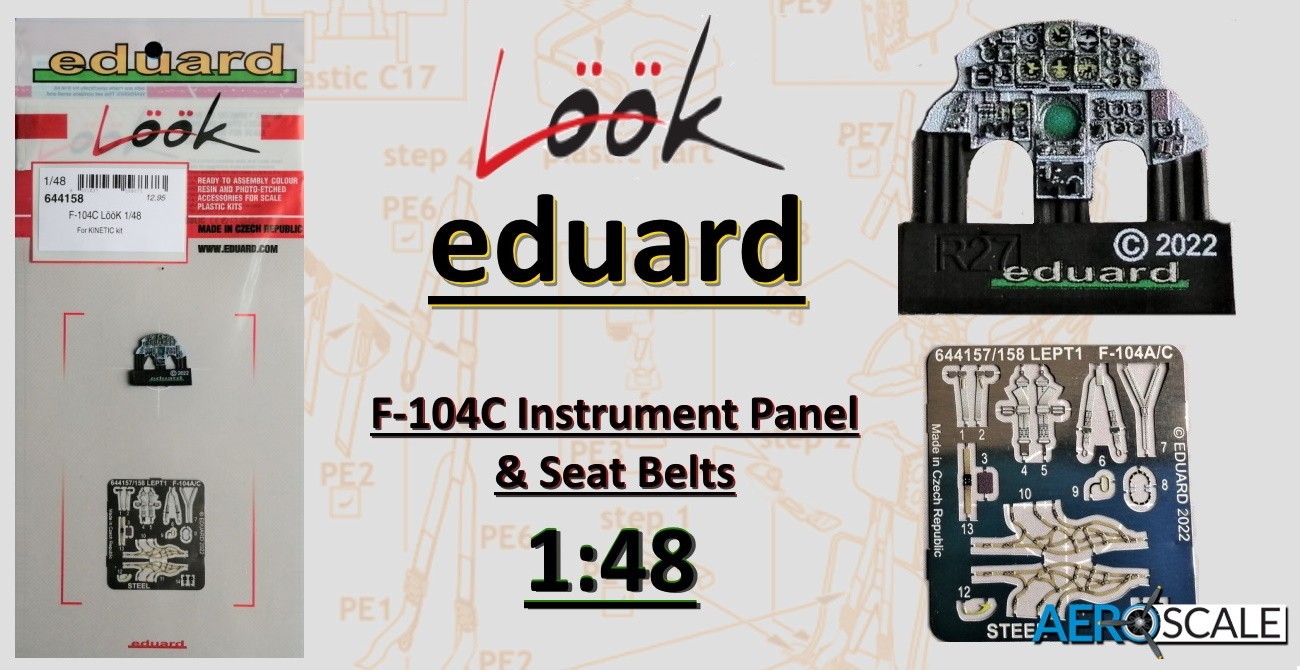 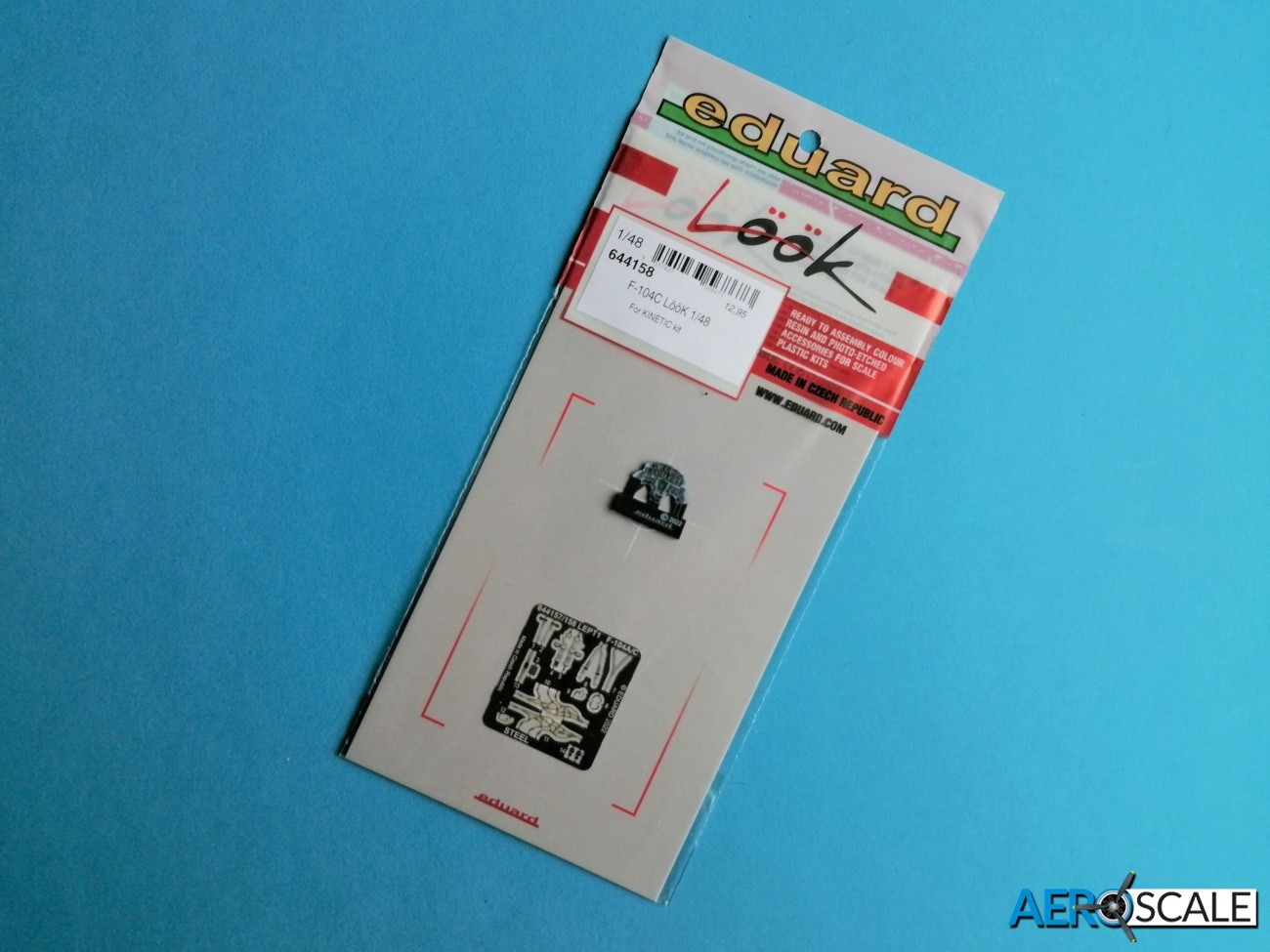 Eduard has added a cockpit set for Kinetic Models 1:48 scale Lockheed F-104C to their expanding LööK range. The set includes a one-piece pre-painted instrument panel [IP] and pre-coloured photo etched seat harness. The harness looks like the type that was fitted to downward firing Stanley C-2 ejection seat with the more rounded firing handle. The PE parts include the arm nets. 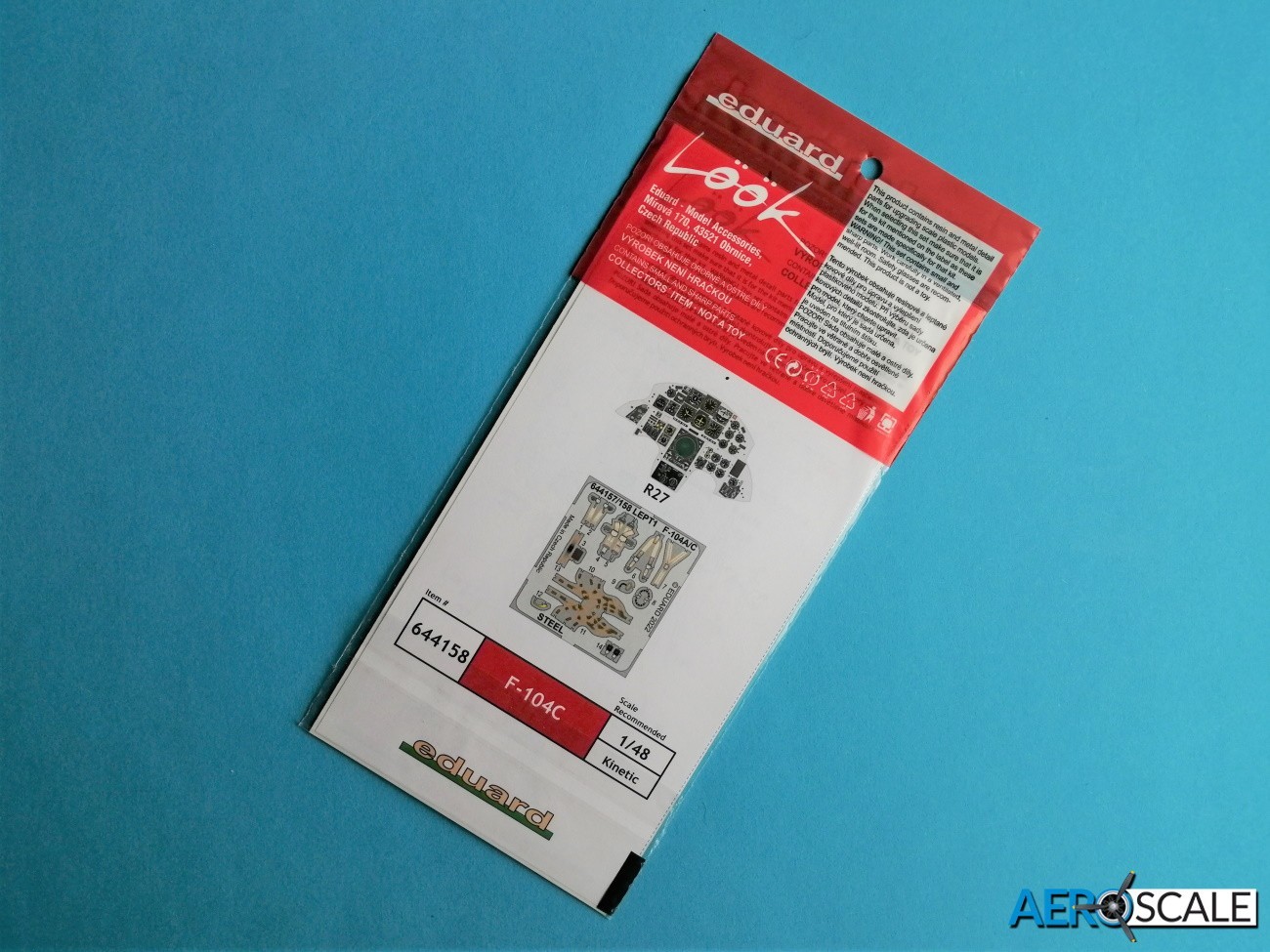 The instruments are direct replacements for the kit part. I’ve probably not done the IP justice enlarging the image so much, but when it’s in place it will look fine. The instrument faces have the various dials and gauges printed on them. The instruments have a transparent lens like cover over them depicting the glass. The main body of the IP [the light grey area] still has the slight texture associated with the pre-painted photo etched parts. This effect can be reduced by carefully applying matt varnish. The detail that Eduard has picked out would be difficult for the average modeller to accomplish. 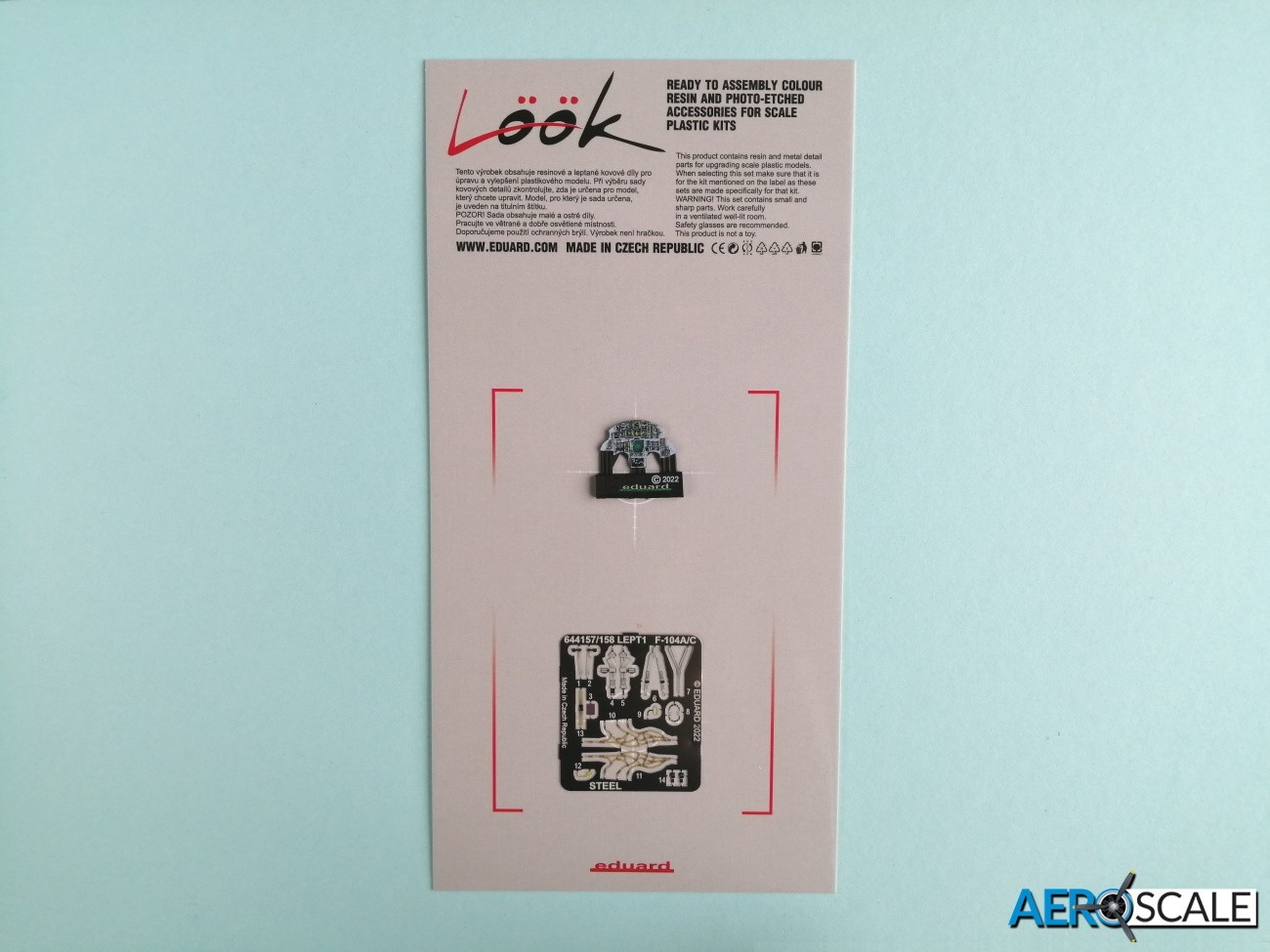 There are fifteen pre-painted phot etched parts altogether. The harness is built up from eight parts, the fabric finish is nicely done. The PE harnesses will need bending to achieve a realistic drape on the kit’s plastic seats. There is a replacement PE seat firing handle for the kits plastic one. It folds over so that the painted surface is on both sides. There are a couple of additional detail parts for the seat. There is also a replacement part for an instrument on the coming over the IP. The glue holding the fret is quite strong and it is a struggle to separate the fret from the cardboard backing without distorting the PE parts. I would suggest cutting the parts of the fret whilst still attached to the backing. 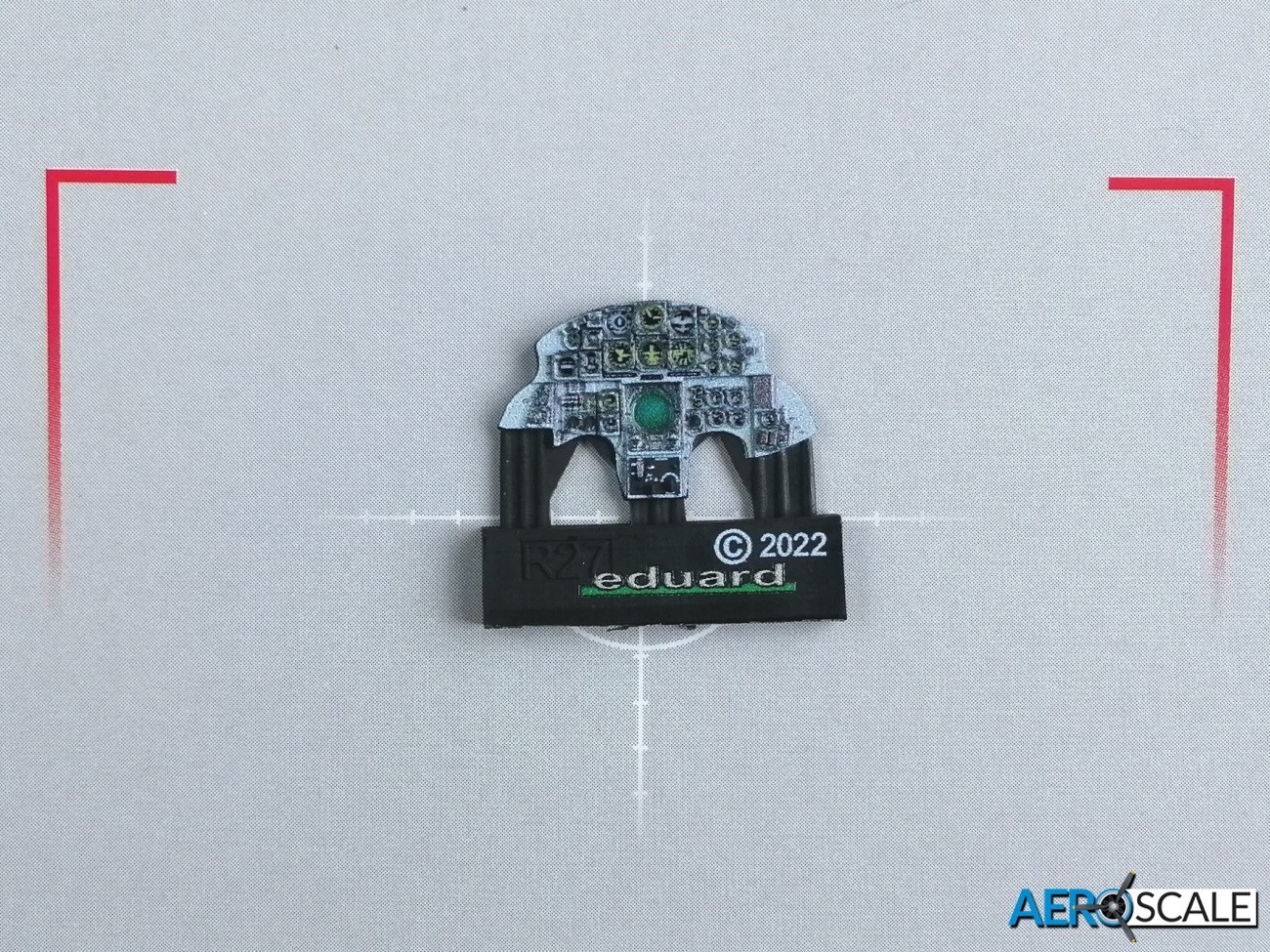 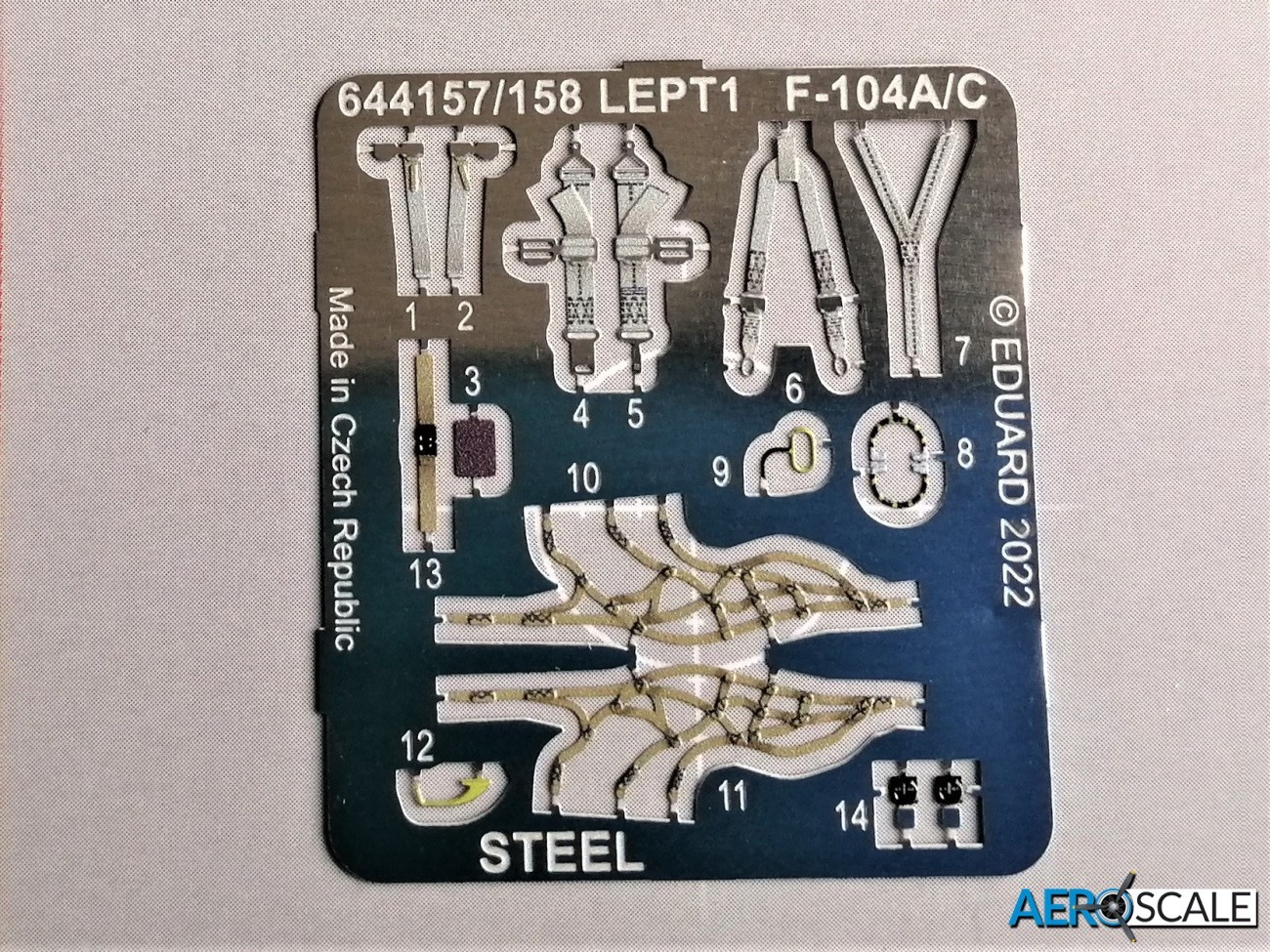 Instructions are pretty straightforward to follow. Eduard use colour coding for the removal of the original kit parts.

This LööK set for the Kinetic Models 1:48 scale F-104C is a great way to further detail the cockpit.  The instrument panel is easy enough to install as its one piece. The seat harness looks the business and the arm nets are even included. 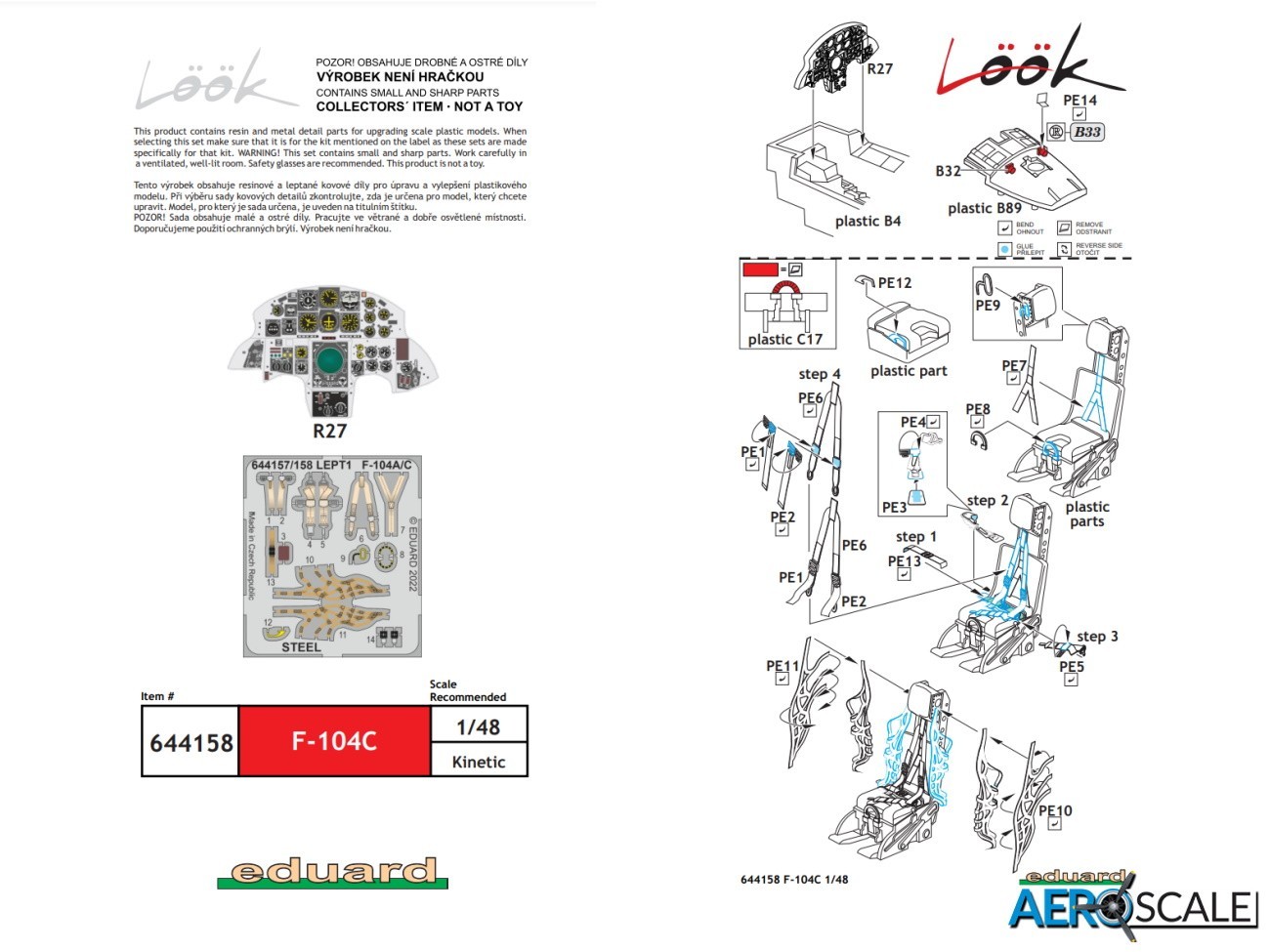 Many thanks to Eduard for this review sample

Check out http://www.ejectionsite.com/f104c2.htm for excellent images of the seat.