Litespeed
Editor
posted on 2 weeks ago
464
views
Eduard has embraced 3D print in updating some of the older Brassin sets, and it’s the turn of the wooden landing flaps for the quarter scale Fw 190D. Tim Hatton takes a look 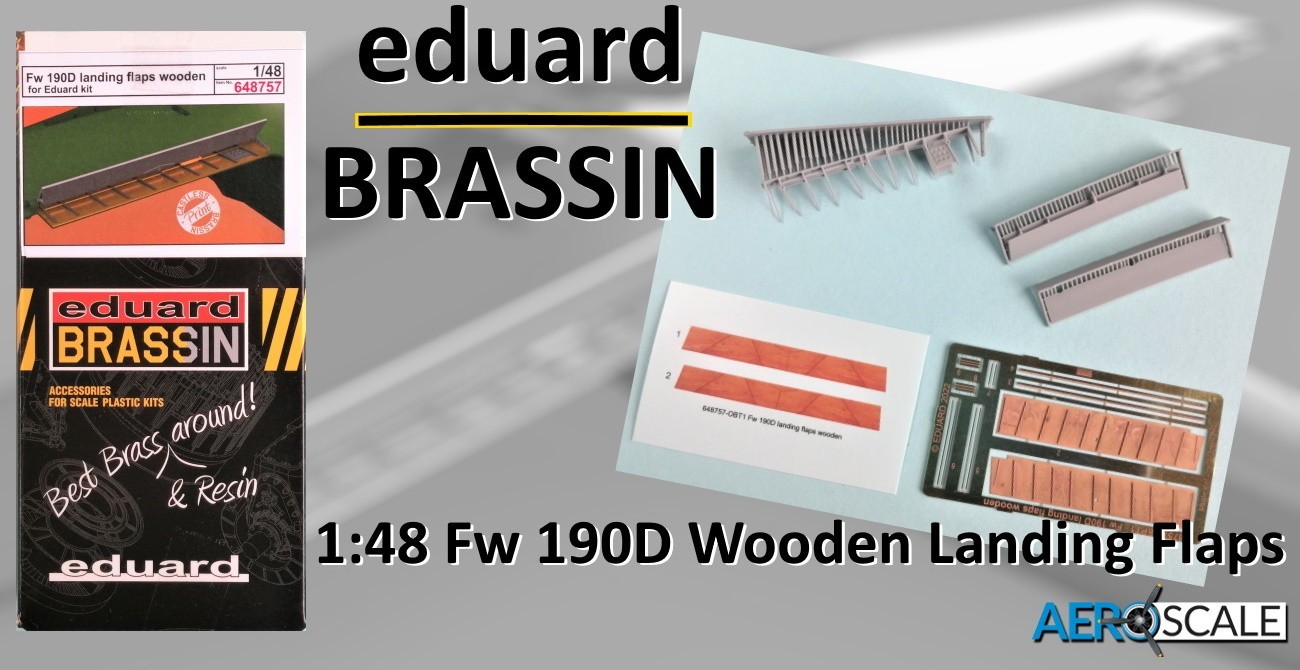 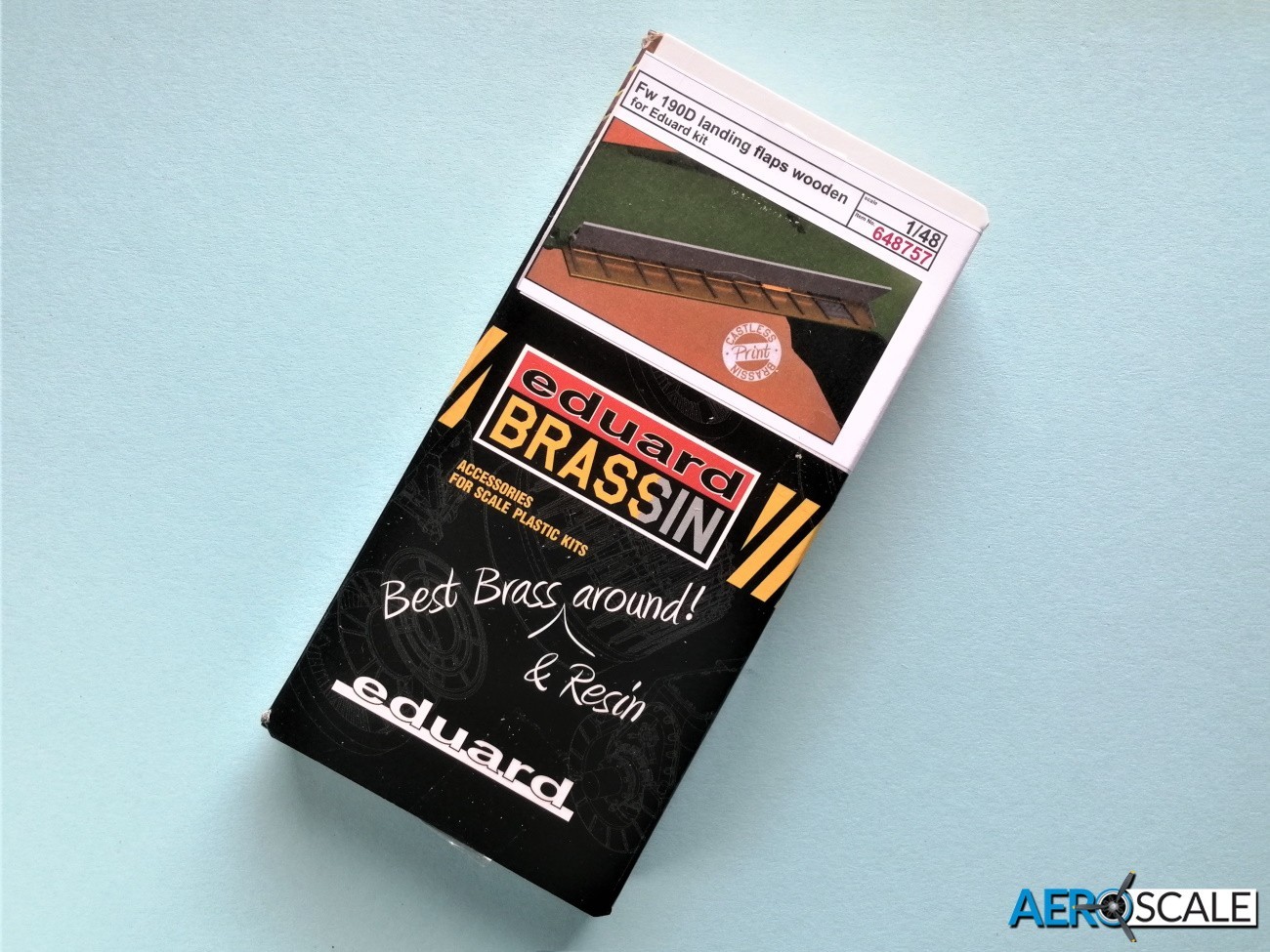 Dropping the flaps is one way of creating a more interesting look for any aircraft model. Eduard has for years created a huge catalogue of aftermarket accessories for the modeller including many Brassin PE sets. Eduard’s PE Brassin sets have long been a standard way of detailing model aircraft. They can be quite complex and frustrating to put together. Another disadvantage has been reproducing the three-dimensional detail using flat metal parts. Eduard is gradually replacing a lot of these pure PE Brassin sets with new line of containing PE and 3D printed parts. 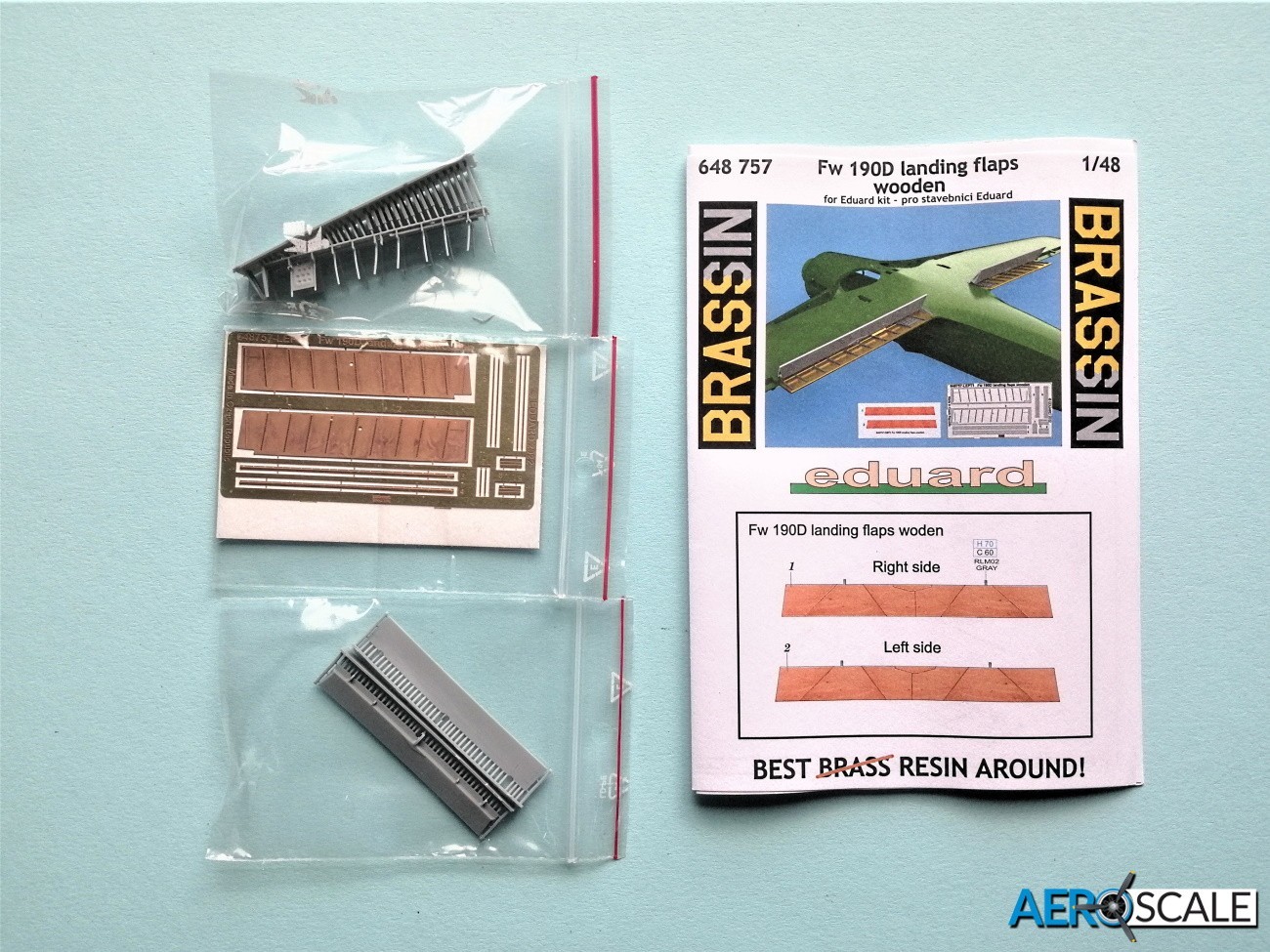 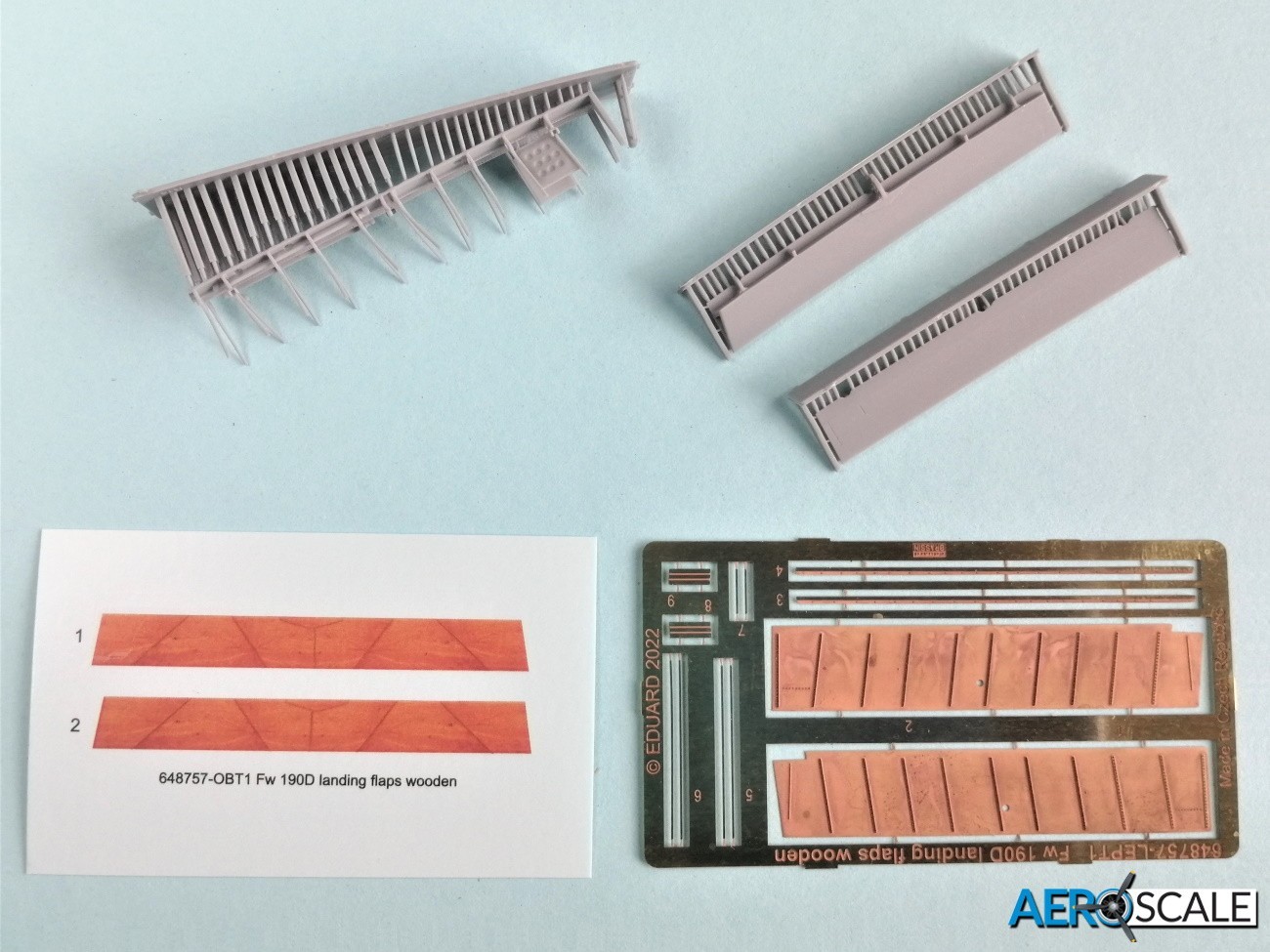 The contents are contained in a sturdy box, with the instructions rolled up inside preventing the photo etched and printed parts moving too much. Nothing was broken despite the set including some pretty delicate parts, though some of the ribs were very slightly out of alignment. These can be easily straightened out during the gluing stage. The detail is superb on both the PE and printed parts. The printed parts has some lovely crisp detail, with cut outs where neccesary. The large number of fine attachment points on the printed parts come away easily enough. The two decals reproduce the unpainted plywood finish on the inside of the flaps. 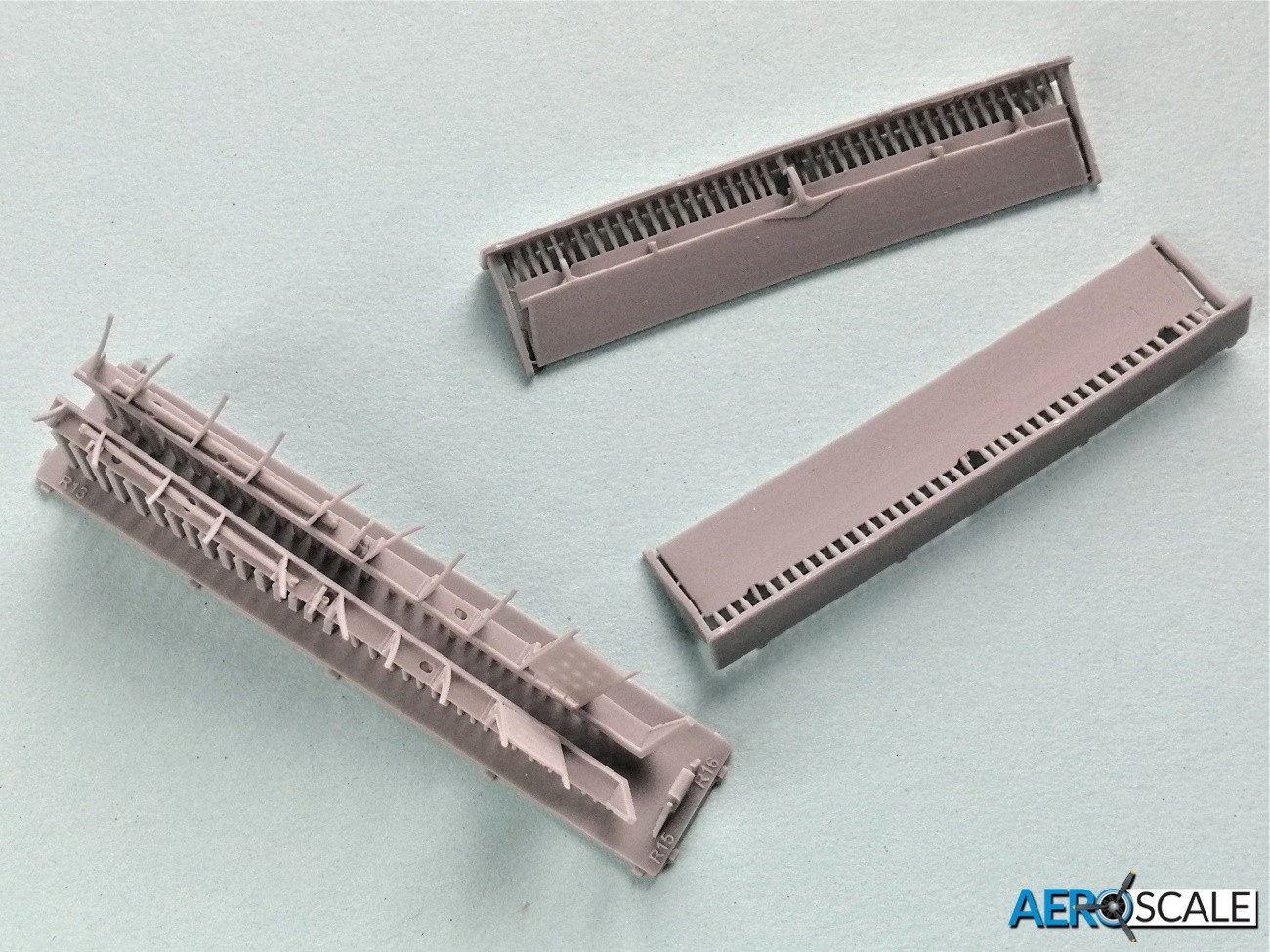 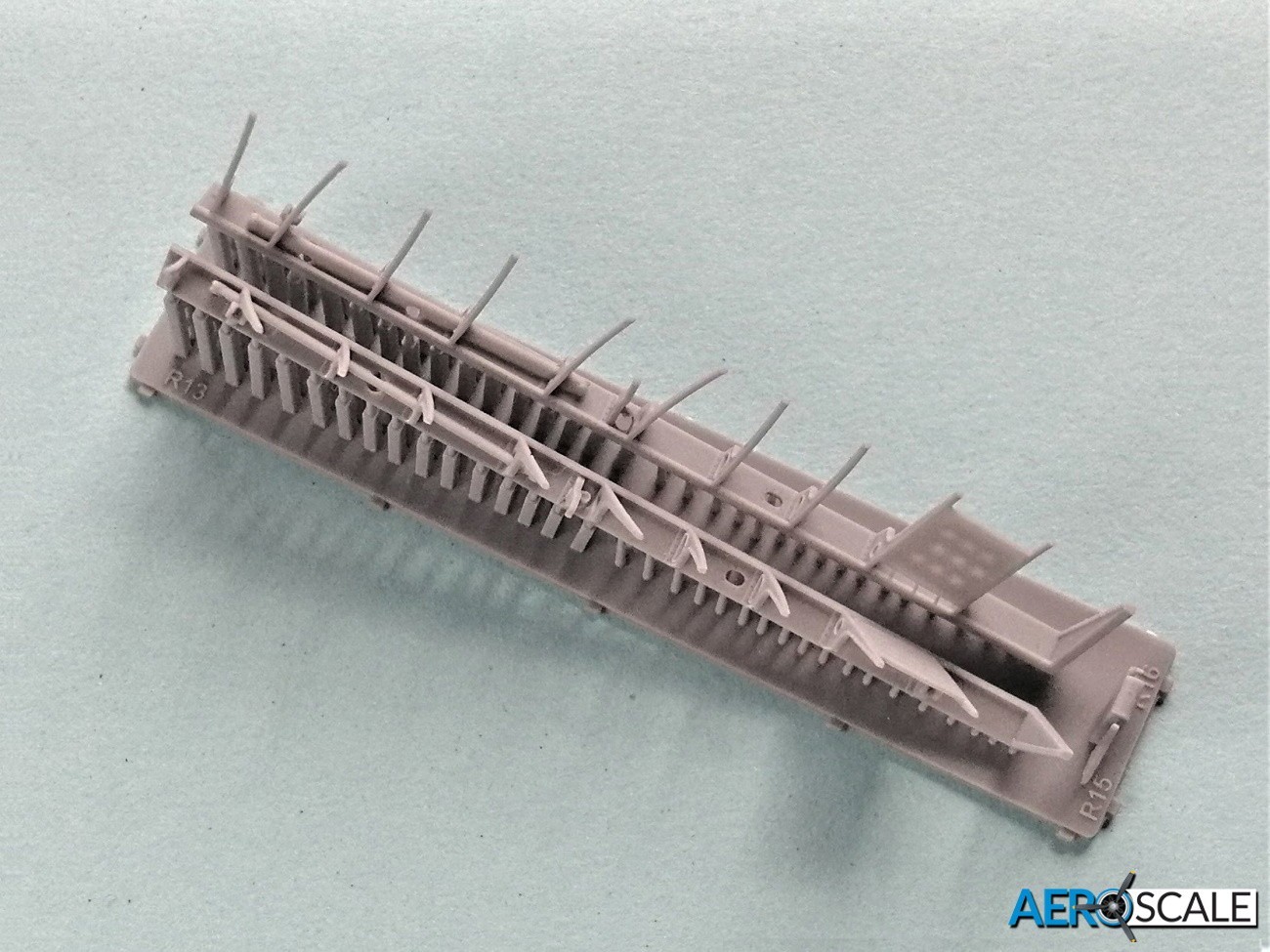 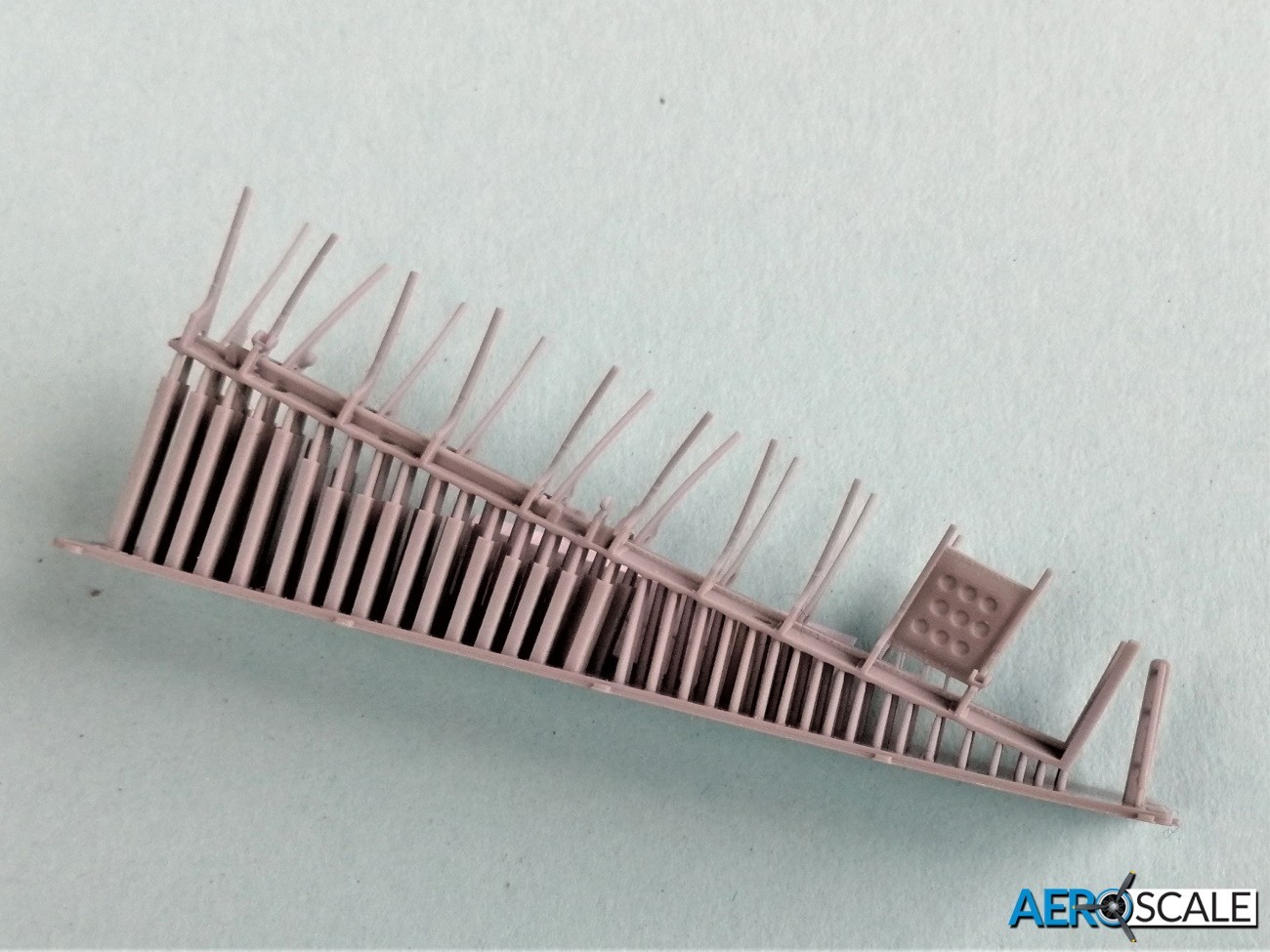 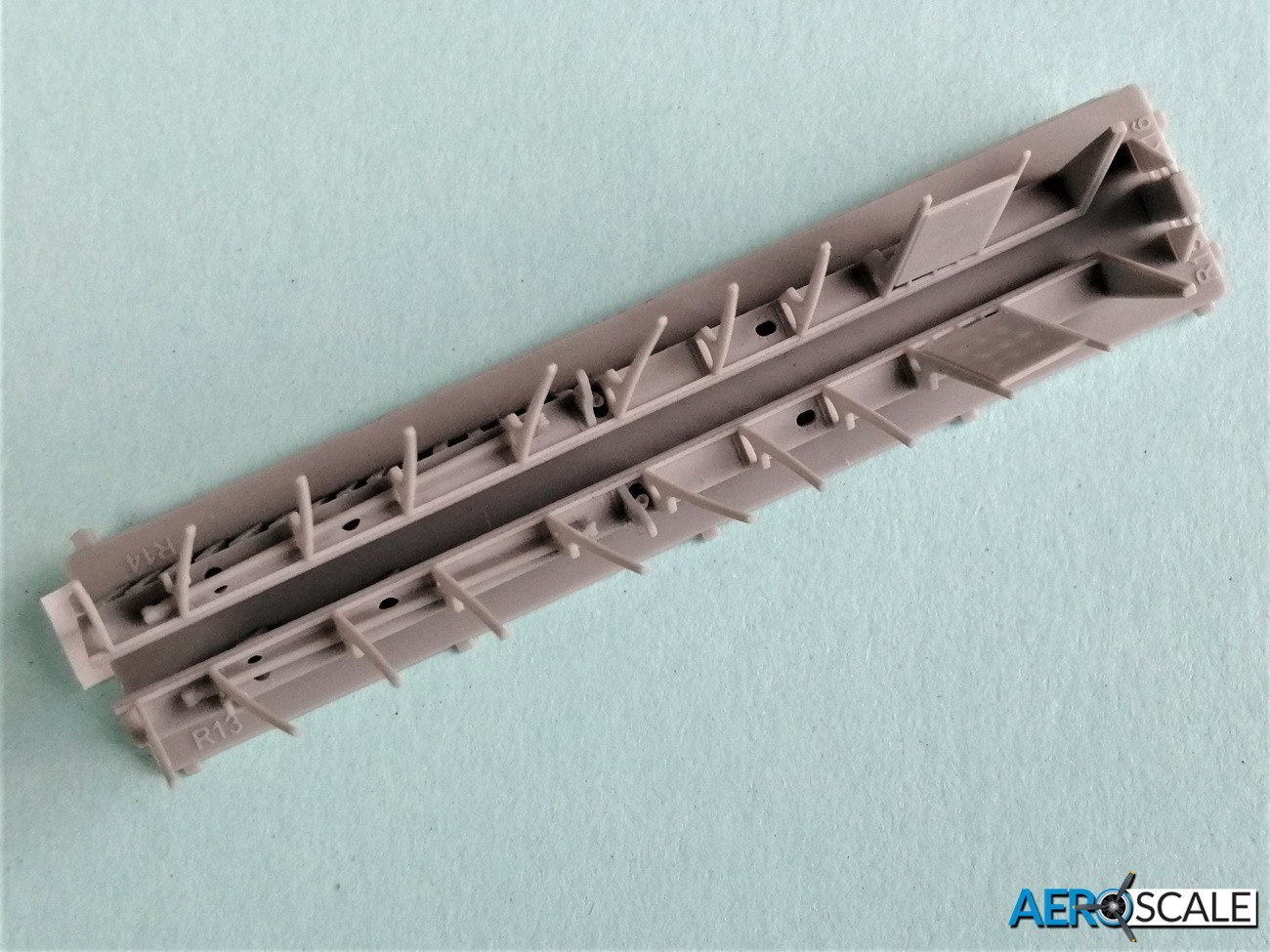 To start with, the flaps on the lower wing need to be removed. On the inside of the lower wing is a recess bordering the flaps which acts as a guide where to cut. The area of wing over the top of the flap is left in place. The complex looking printed parts form the roof of the flap area. Each section has five PE parts and a small printed triangle to add. Both units are then fixed to the PE rectangular sheets. Probably the best opportunity to correct any misaligned ribs is during gluing. The contact points for the ribs on the PE sheets are easy to identify as they are slightly raised. The completed unit is attached to the upper wing and painted RLM02. The flap itself is relatively simple and is attached once the wing is built. You can paint the inside RLM02 or you can use the decals included for unpainted plywood look. 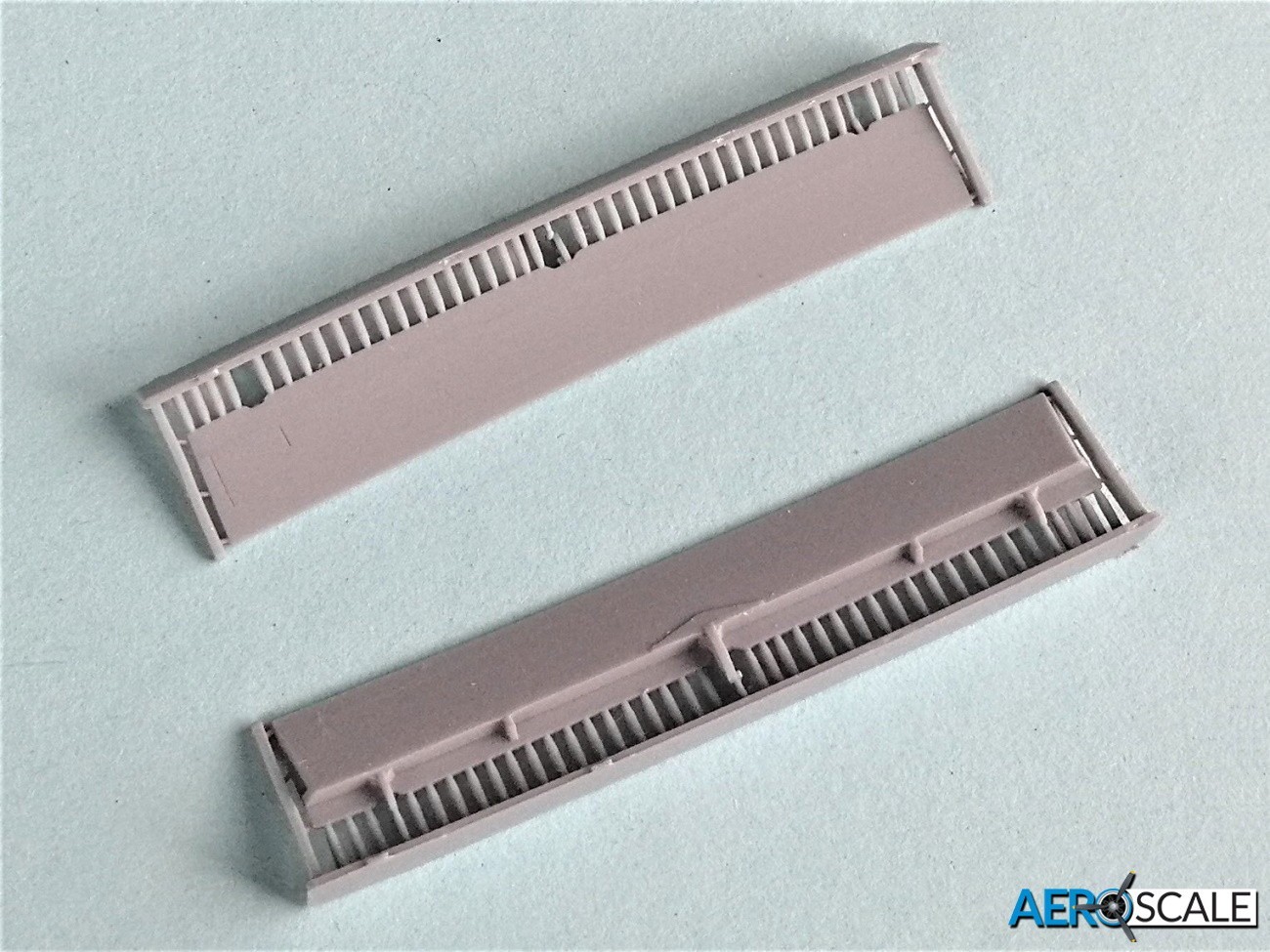 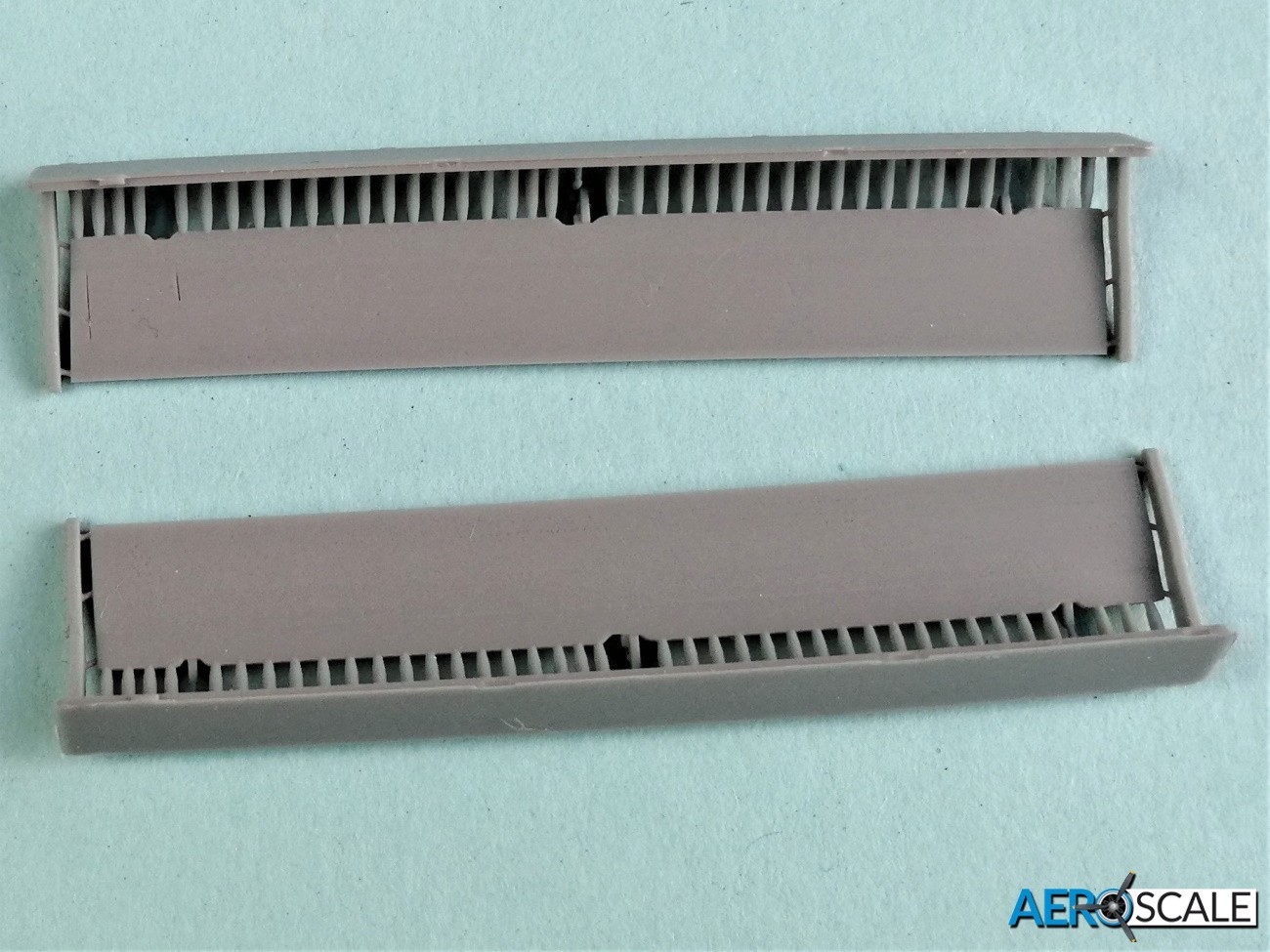 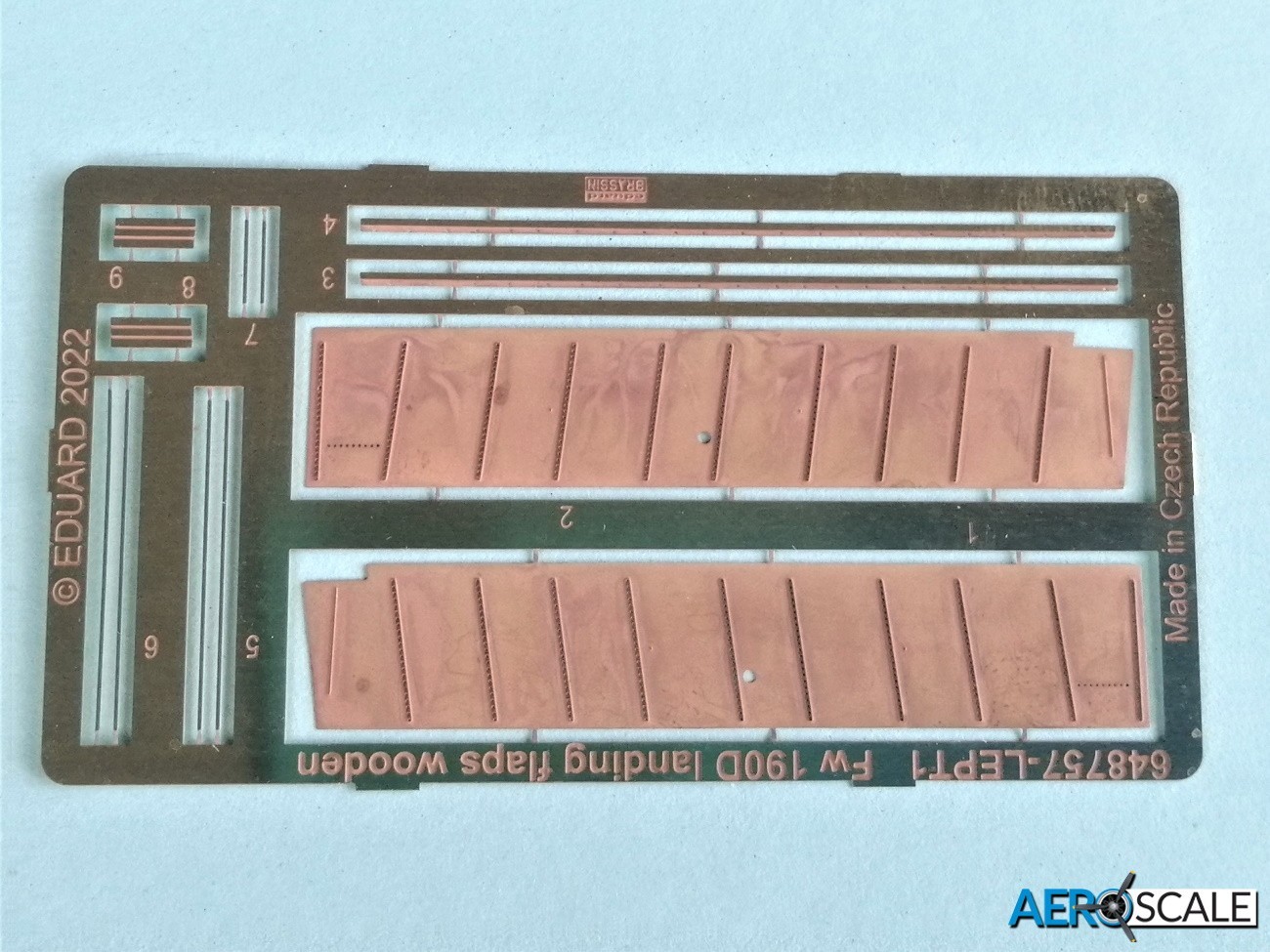 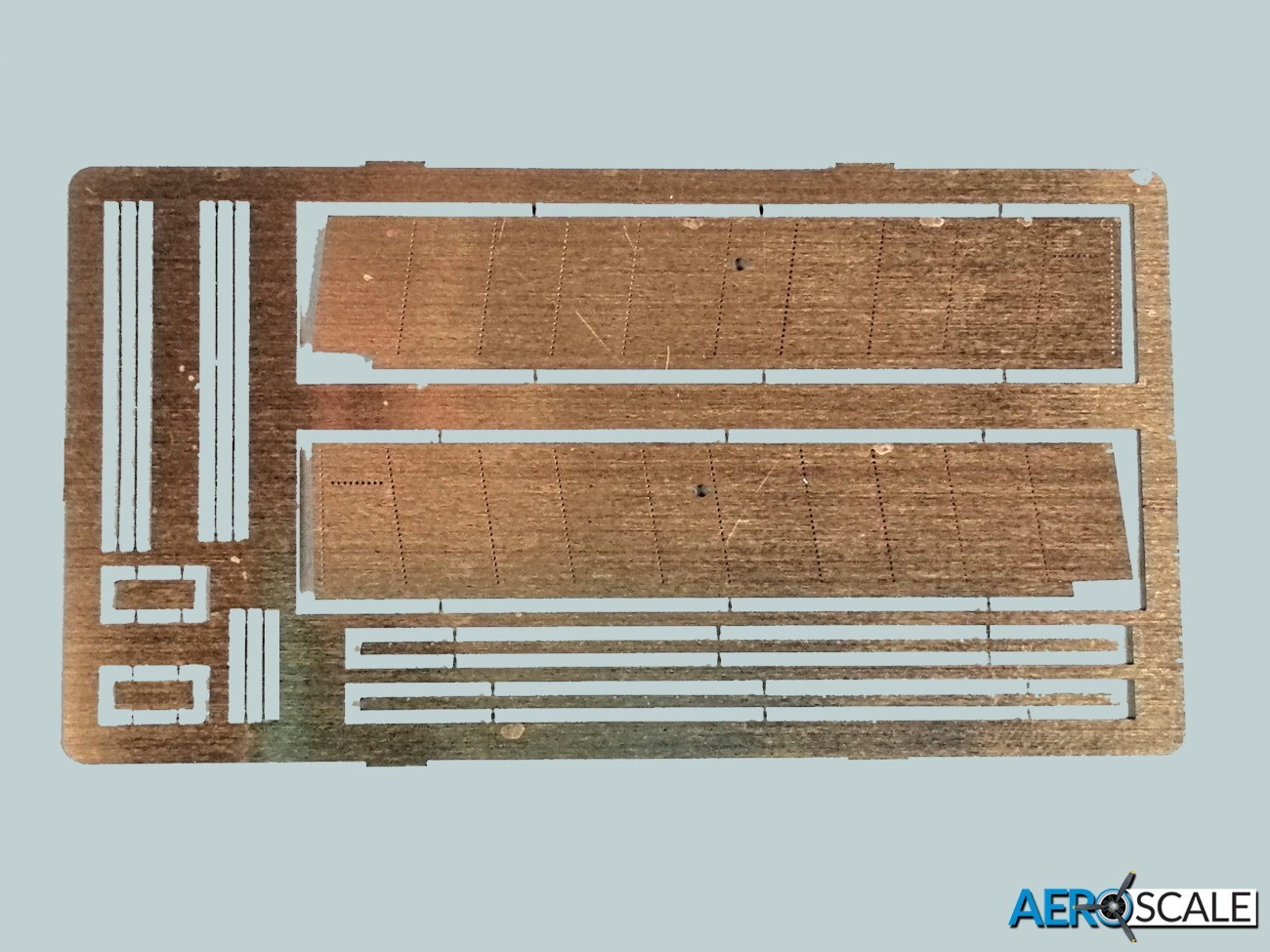 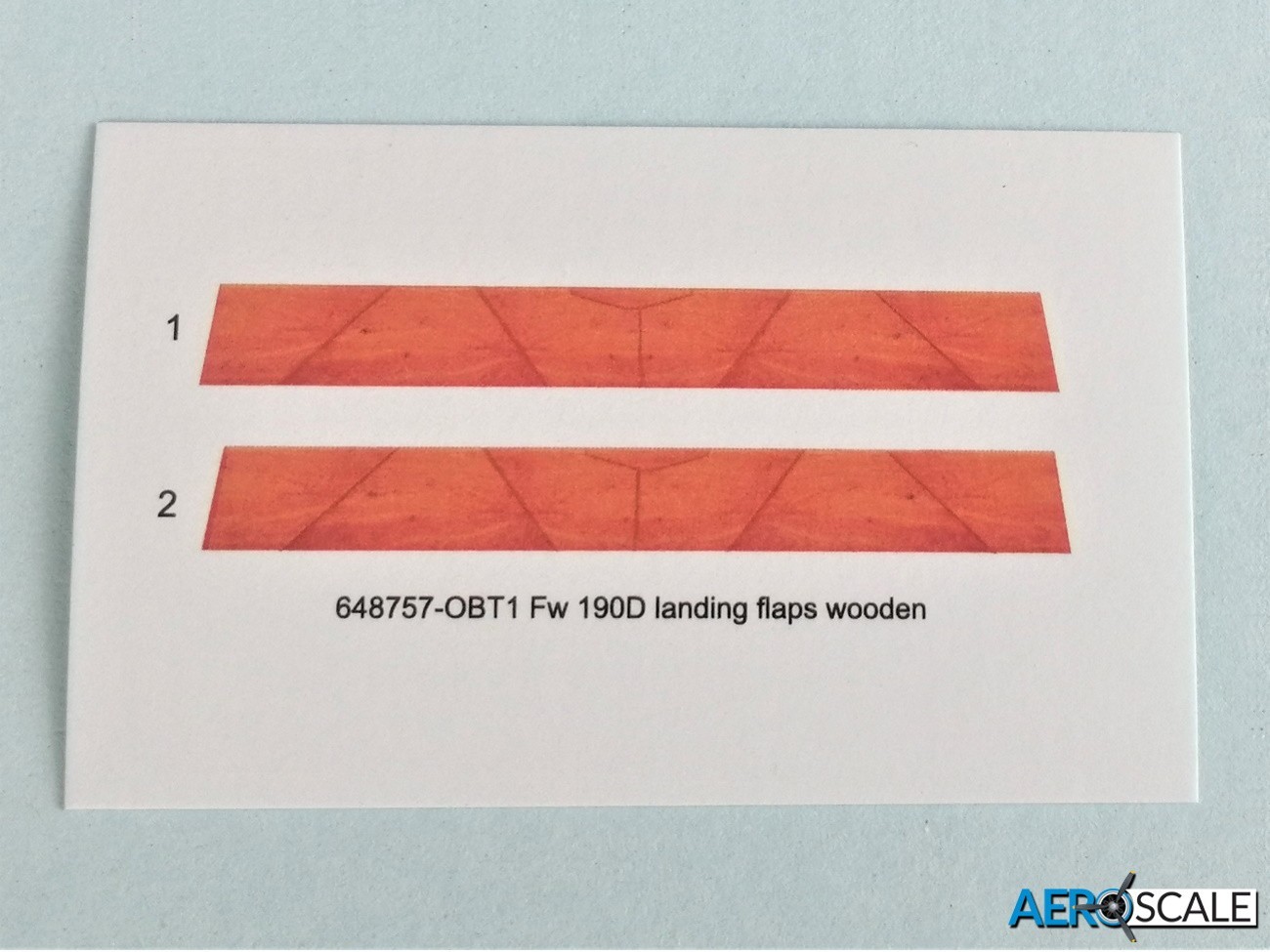 Eduard has embraced 3D printing and the advantages that this process of detailing is easy to see. This printed landing flap set from Eduard for the Fw 190D offers an easier way to represent the dropped flaps compared to the original Brassin set [48650]. That set meant tediously folding over all the PE ribs before fitting into place. The 3D printed parts not only simplifies the process of detailing, but increases the level of detail too. The plywood looking decals are a nice touch and will certainly add interest. Highly recommended. 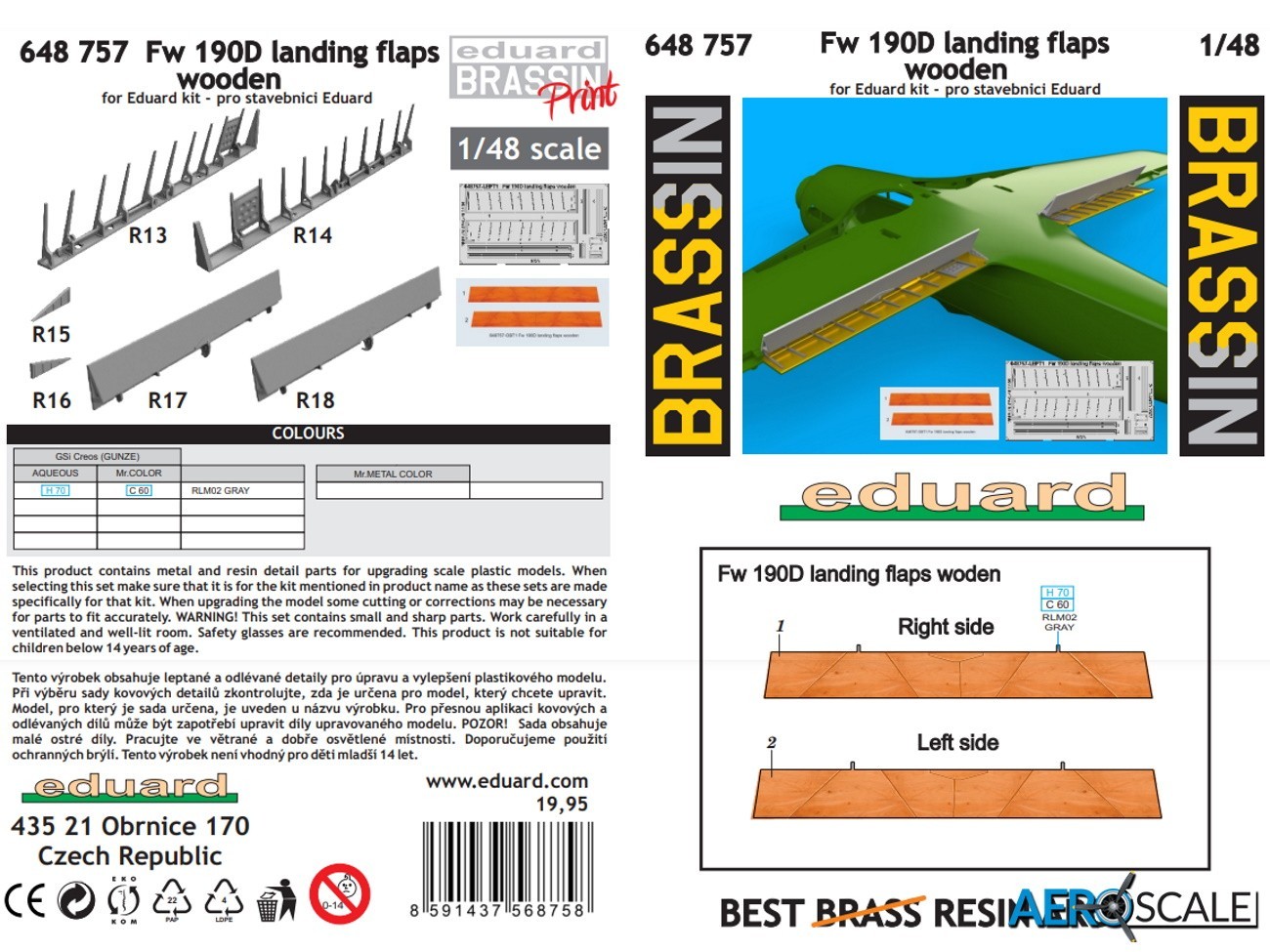 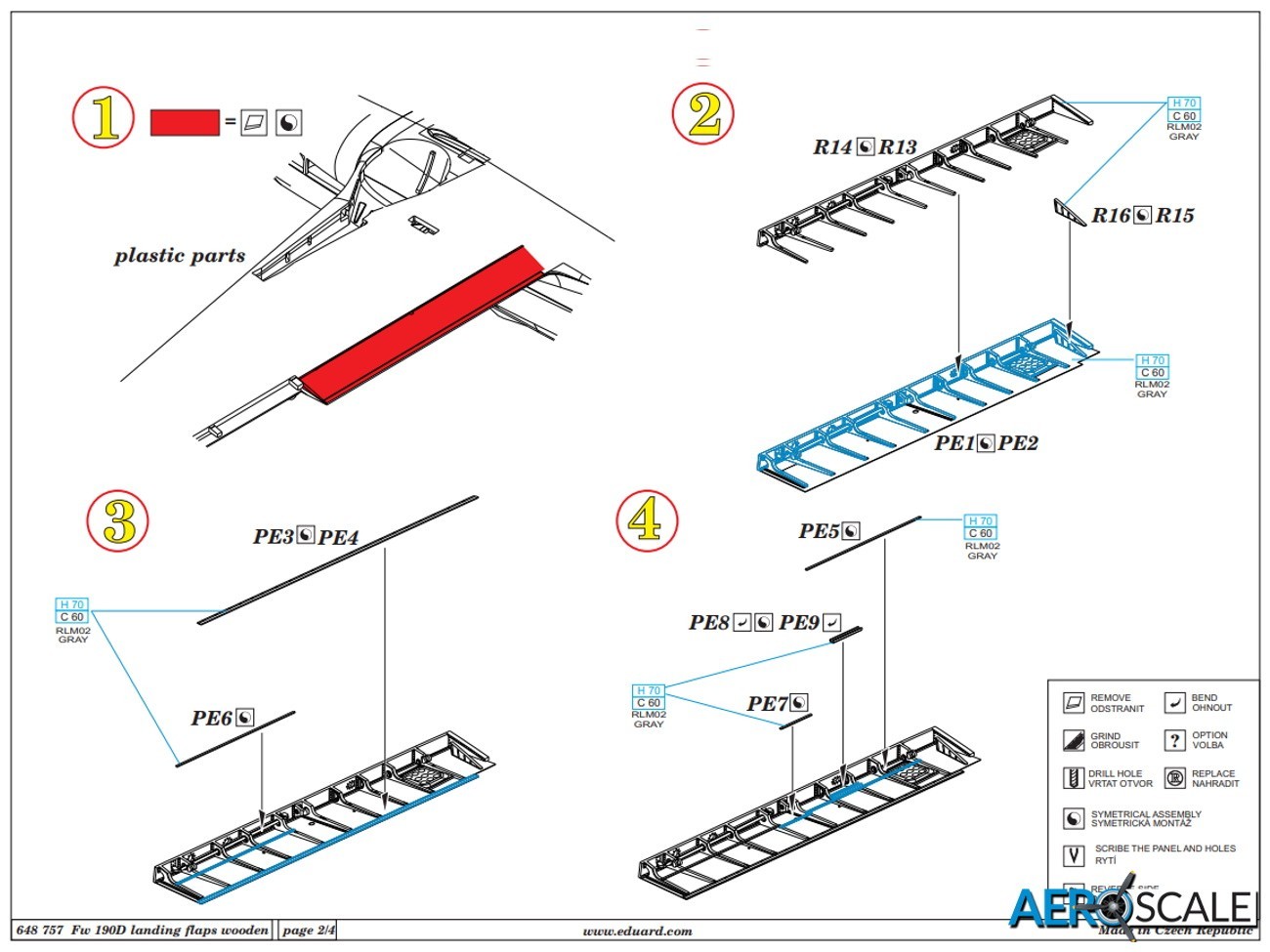 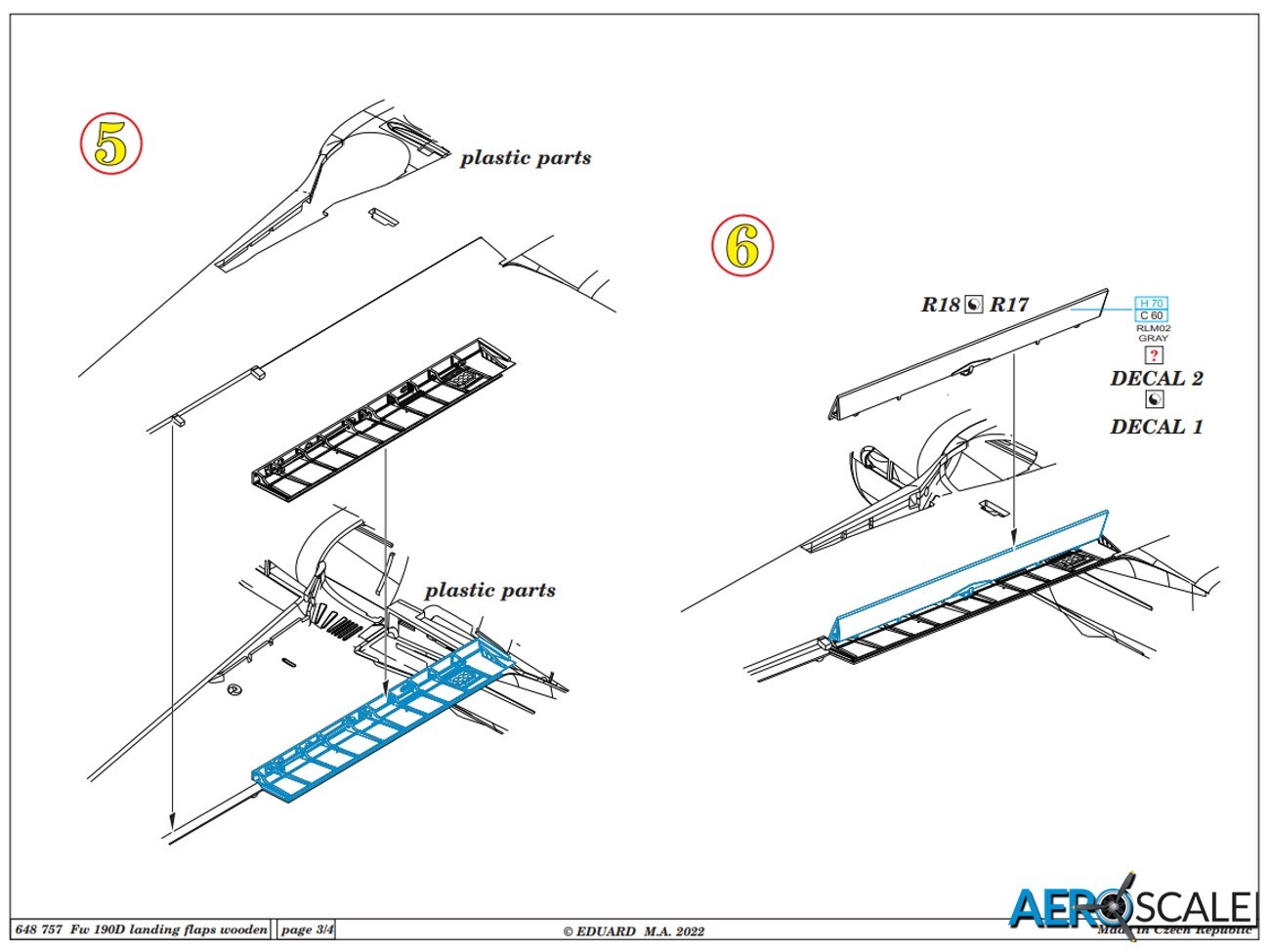 Our thanks to Eduard for supplying this review sample