Darren Baker
Editor
posted on 5 months ago
641
views
Darren Baker takes a look at the CR 42AS by ICM in 1/32nd scale. 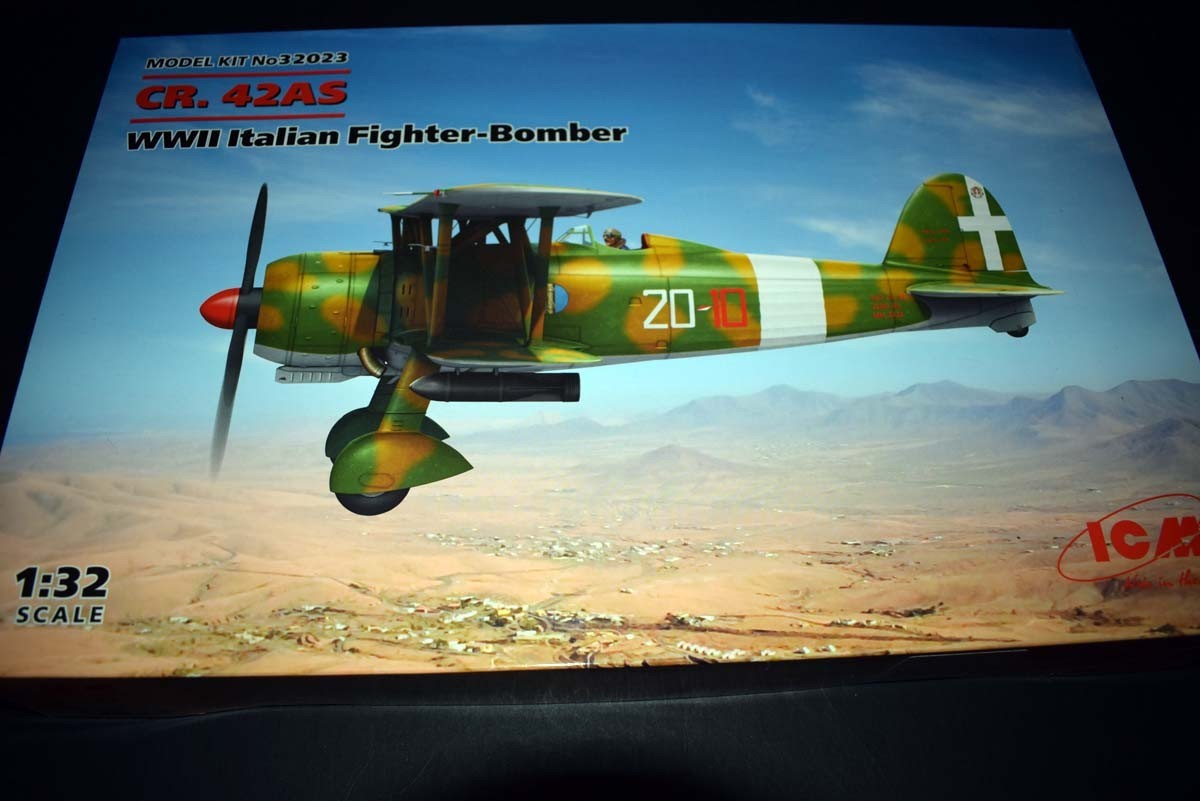 The CR 42AS is a close air support version of a single seat sesquiplane fighter. The two standard 12.7mm machine guns could be supplemented with two more. There were under wing racks, for two 220lb (100Kg)bombs. AS stands for Africa Settentrional. There was an additional engine filter to prevent damage from sand, which caused a loss in power, a common occurrence in North Africa, since filter less engines could be damaged after only a few hours use.

The model arrives in a flip top cardboard box with a card lid showing the artwork for the model. On opening the box you are presented with an instruction booklet and a re-sealable plastic bag containing all of the model parts. An examination of the contents results in no obvious issues being encountered, there are some flow lines, but these do not look or feel to have caused issues with the parts.

Starting with the cockpit interior, you are presented with a number of tubular frame pieces, that make up the frame of the aircraft and to which the cockpit is mounted. I am not going to say that the model cockpit is complete, as some further work could be done in the area, to provide a more complete visual appearance. The instrument panels are a little unusual, due to being split in the centre and moved to the left and right with a gun sight taking up the central area, which is accurate. The instruments mounted to the sides of the cockpit wall, look to have covered the major items but the smaller details will need to be added by the modeller. The frame of the fuselage cockpit opening, including the front glazing, has a leather padded ring all the way around it including the rear area, and this has not been clearly replicated in the model. Although it does appear that ICM has made an attempt to replicate this part of the model in some areas. I am unsure of a method for tackling this detail, and I suspect that it will need to be replicated using something like Milliput. Going back to the instrument panels ICM has provided decals covering each individual dial face, which will possibly test your eyesight when placing.

The Fiat radial engine fitted in the model, has been well replicated including both banks of cylinders. Oil lines and exhaust manifolds have been clearly replicated, and gives you a very good start as regards base detail. The only thing the modeller could possibly look into is the addition of a wiring loom. For those modellers wishing to display the engines on the finished kit, could do so without any great difficulty as the inspection panels have been provided as separate mouldings.

Looking at the exterior surfaces of the model, they have been well moulded and replicated in this kit, with one possible gripe being that some of the cloth skinned areas could have better texture. All of the flight control surfaces have been provided as separate parts, and so it is possible for the modeller to position them as desired. I particularly like that the wing struts go into very positive locations, which will aide the modeller greatly in placing the upper wing structure and setting of the strut locations without the need to glue the upper wing in place. This will make painting of the model easier, and do away with a lot of the concerns that some modellers have with bi-planes.

The under carriage of the model, has been well tackled at the front, and as regards form and function, but I cannot help feeling that the tyres/wheels of the model are lacking in detail. The tail wheel has been nicely tackled in a sandwich of its housing before being placed on the model. While looking at the underside of the model, I was pleased to find that ICM has provided the bomb racks separately and in doing so has made it easy for the modeller to have clean lines on the model if desired.

ICM has provided two instructional areas, which are not always covered. The first of these is a guide to stringing the model, as a model of this scale really does need the bracing wires in place. Secondly a masking template has been provided for the glazing. Three finishing options are provided by ICM the these are:

This offering from ICM is a great base model to build on, and for the modeller who builds straight from the box will have the ability to produce a visually appealing model. For those who like to go the distance this is an affordable option on which to base their build. I am pleased that ICM have provided specific aircraft details for finishing the kit. The ability to remove the upper wing during construction will be a big plus for those who are ham fisted, like me during the painting stage. 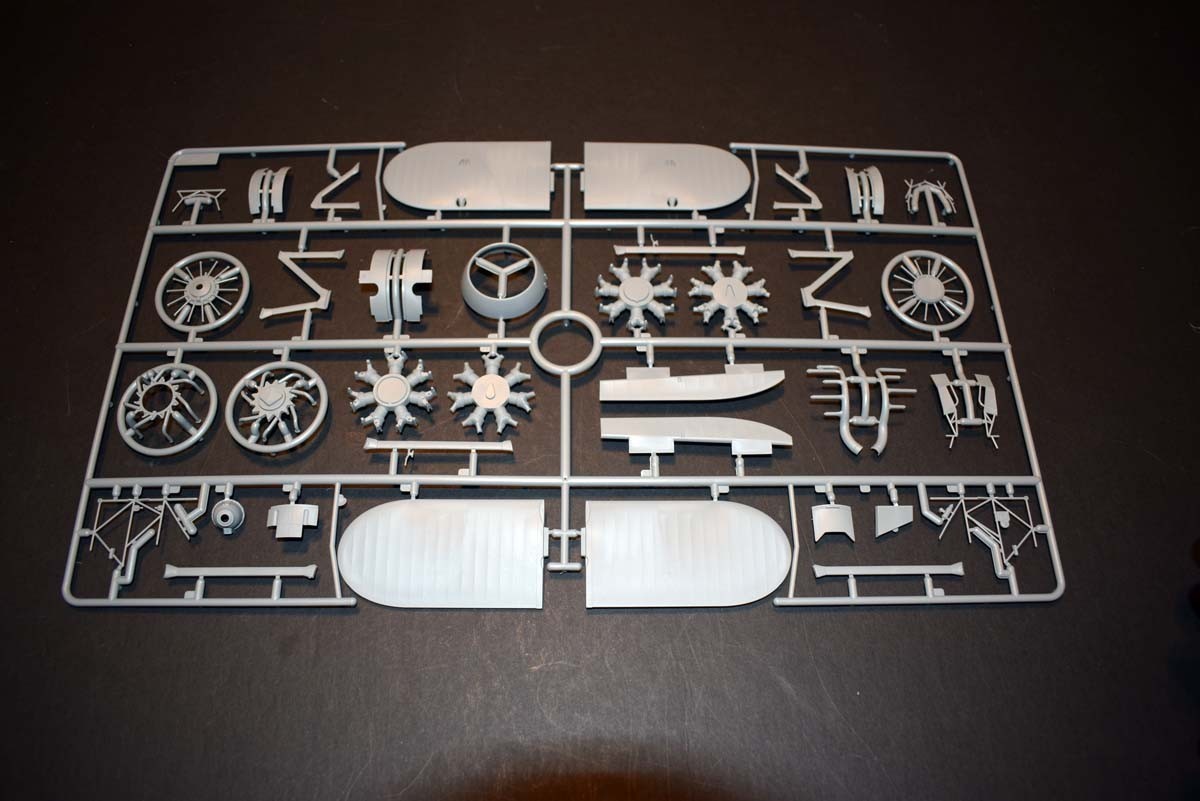 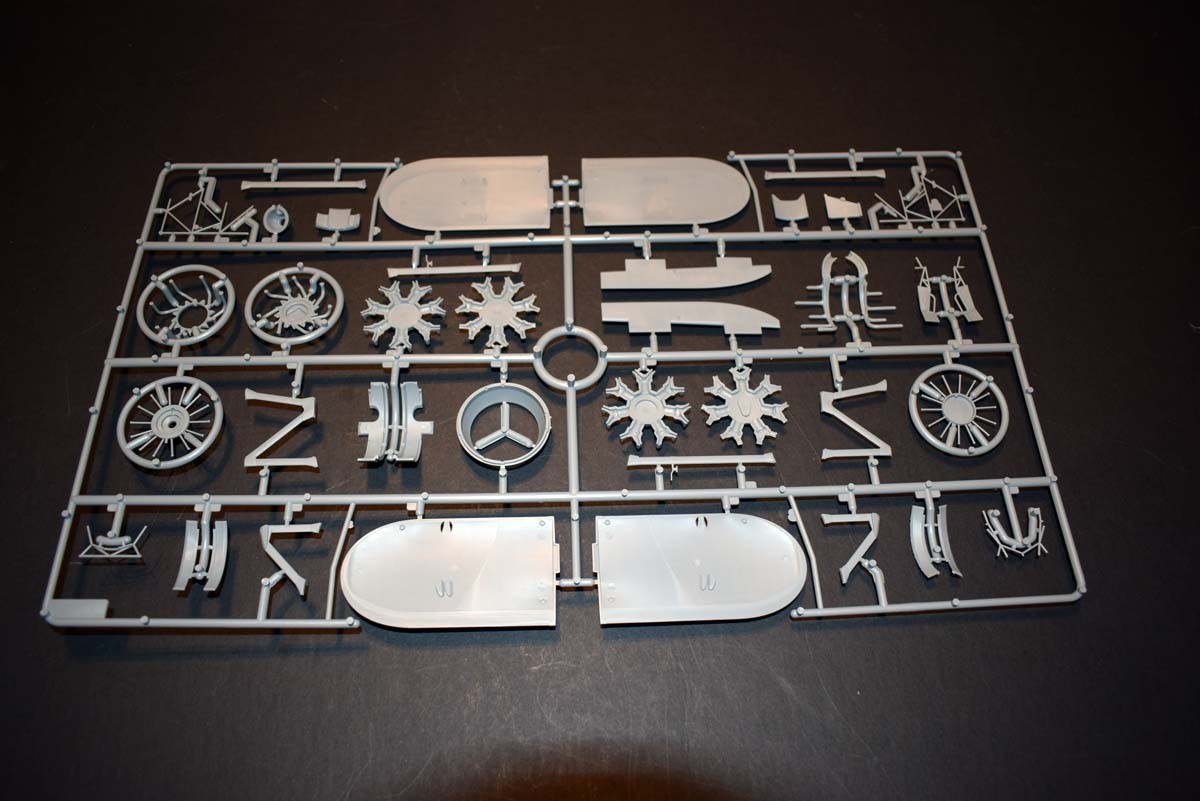 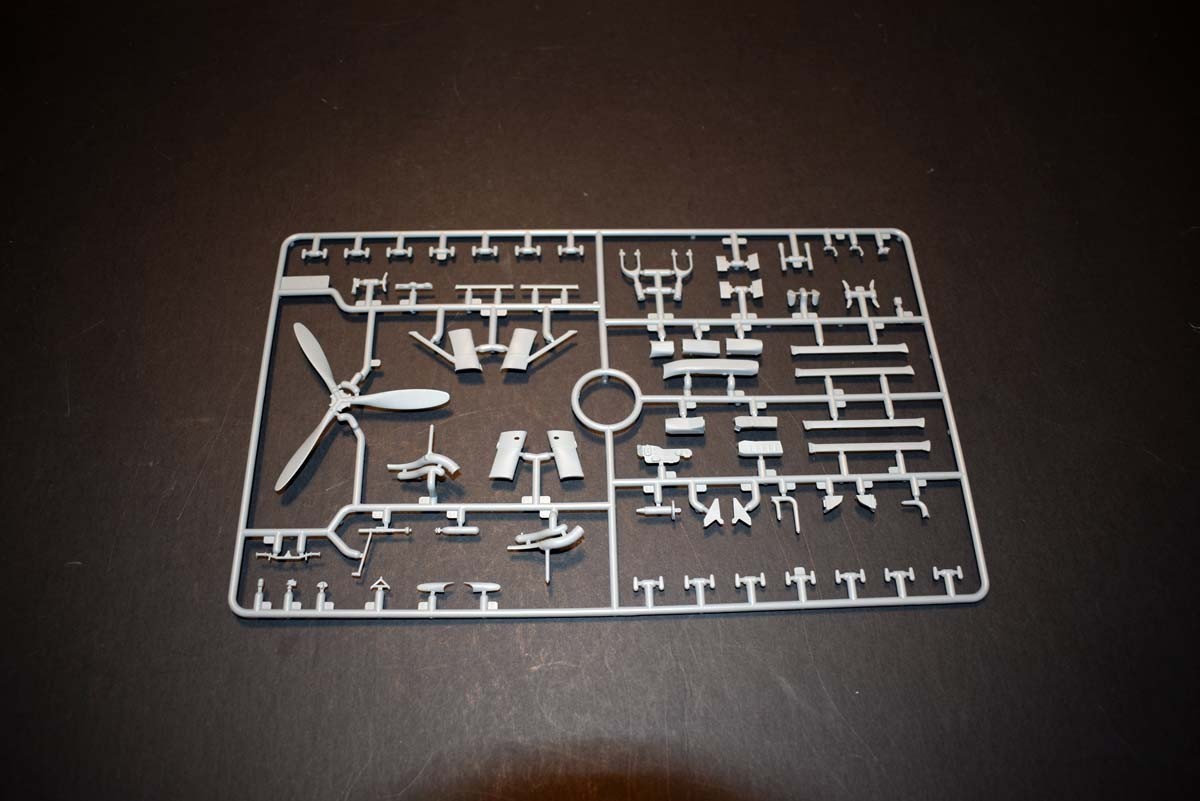 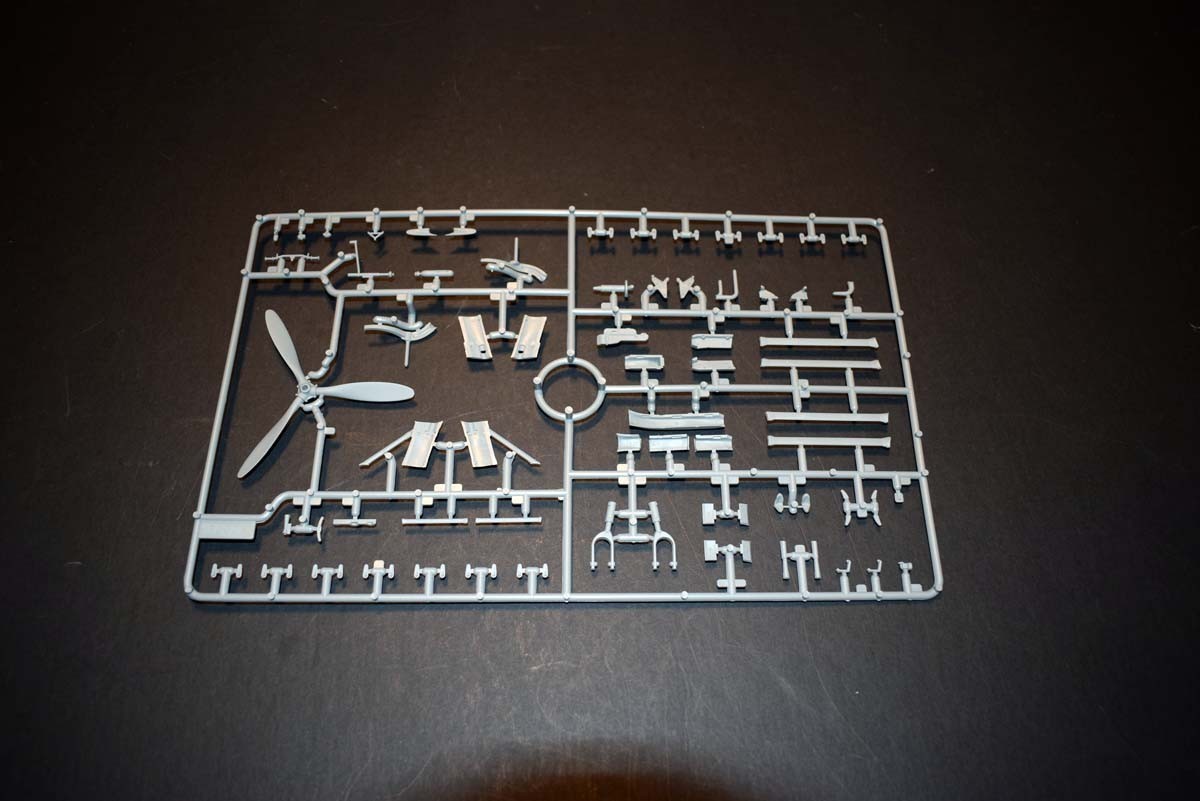 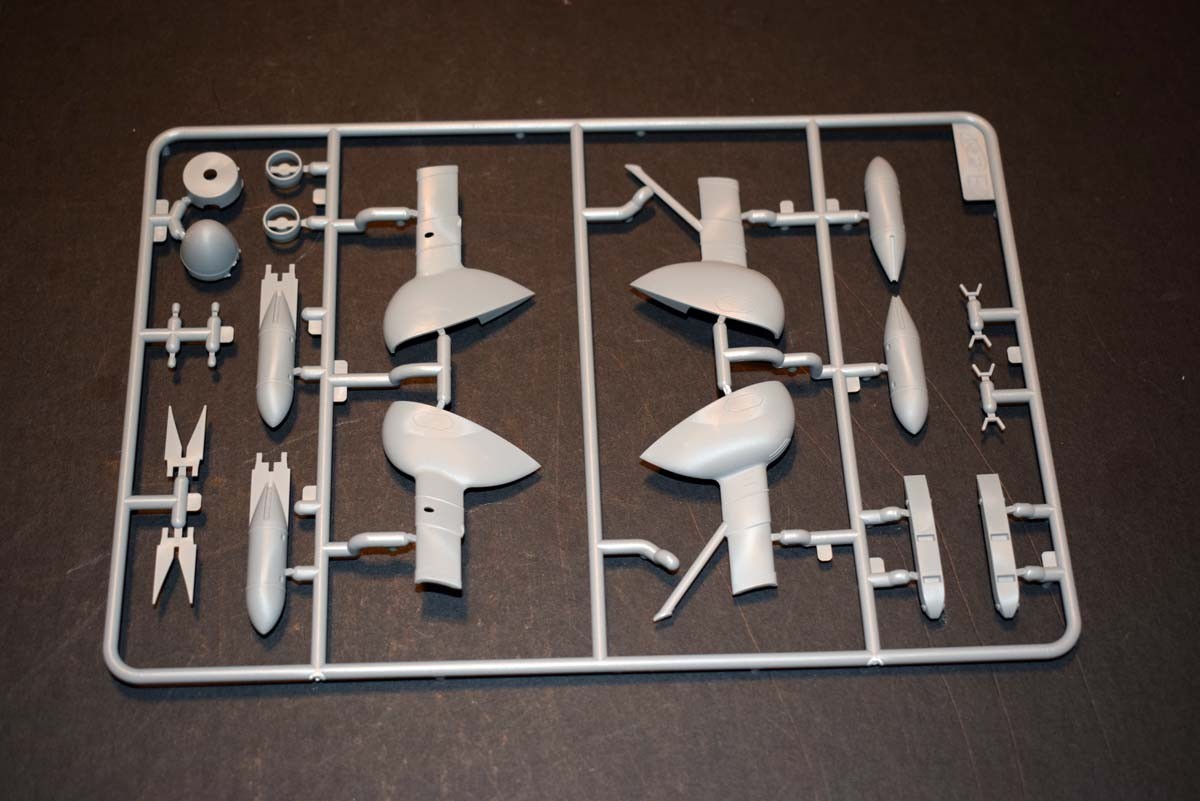 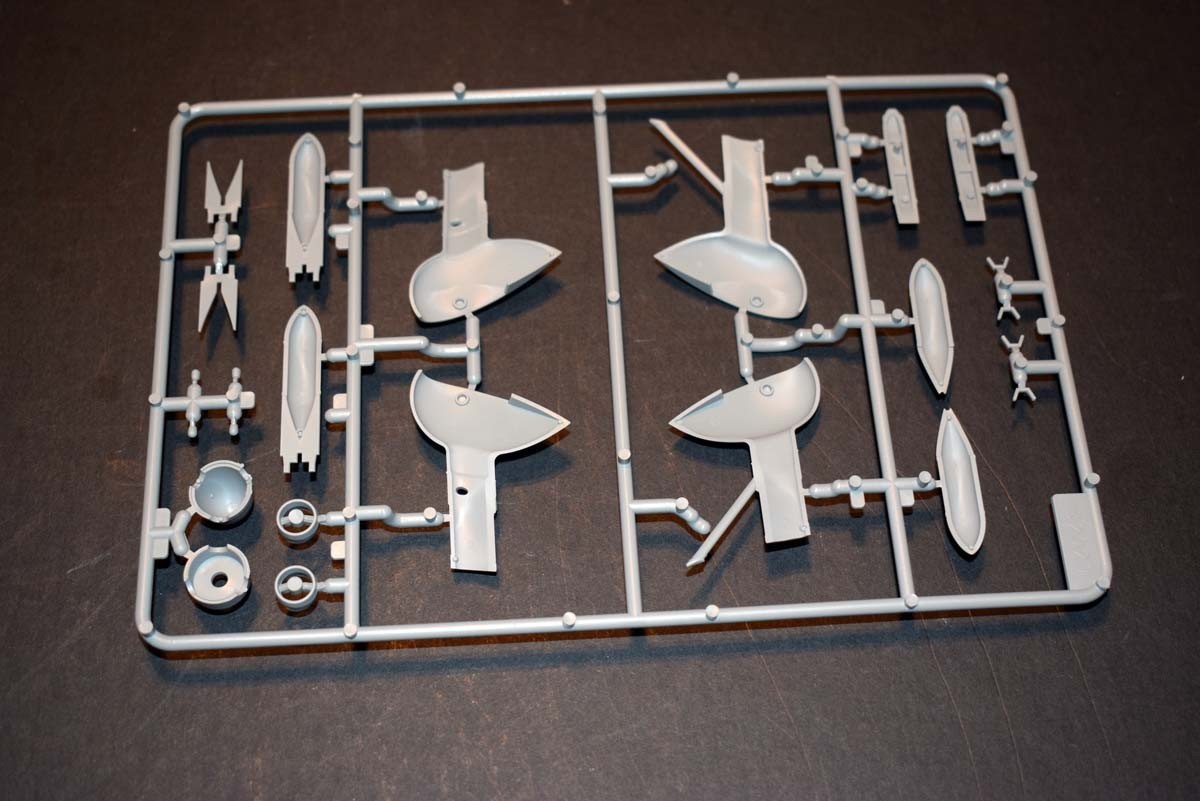 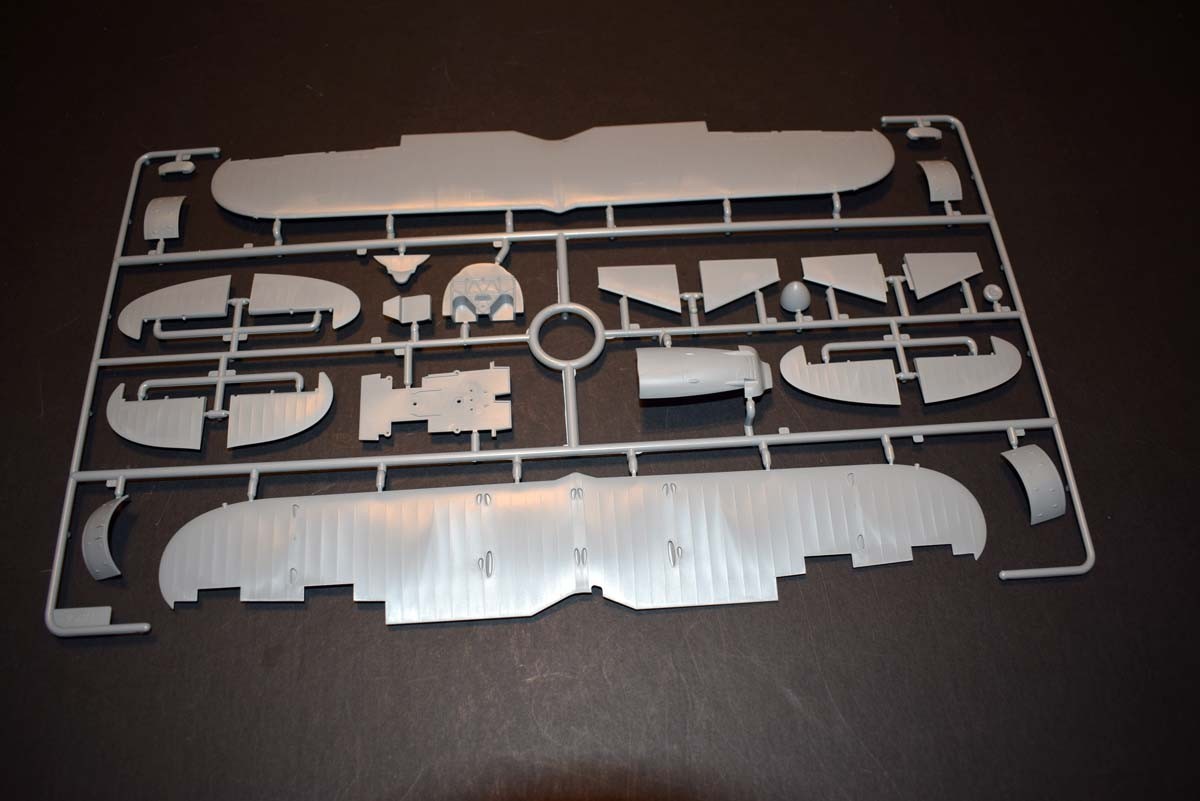 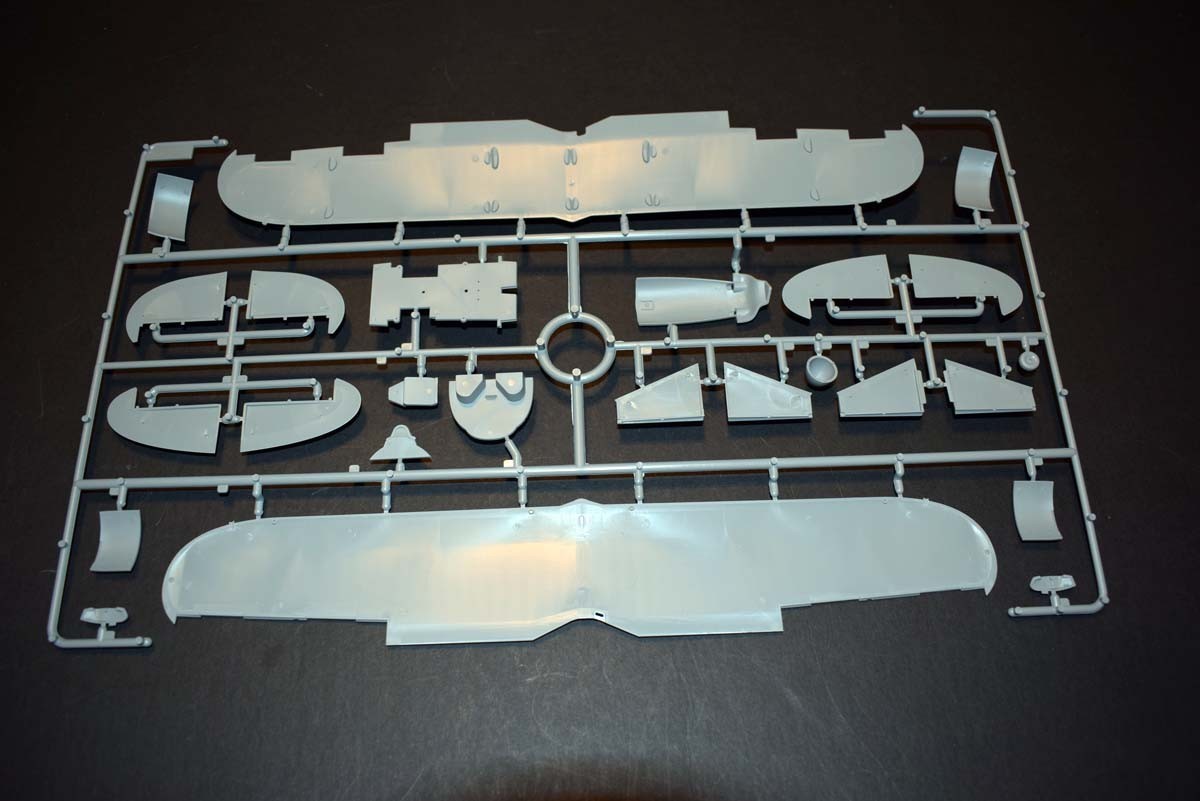 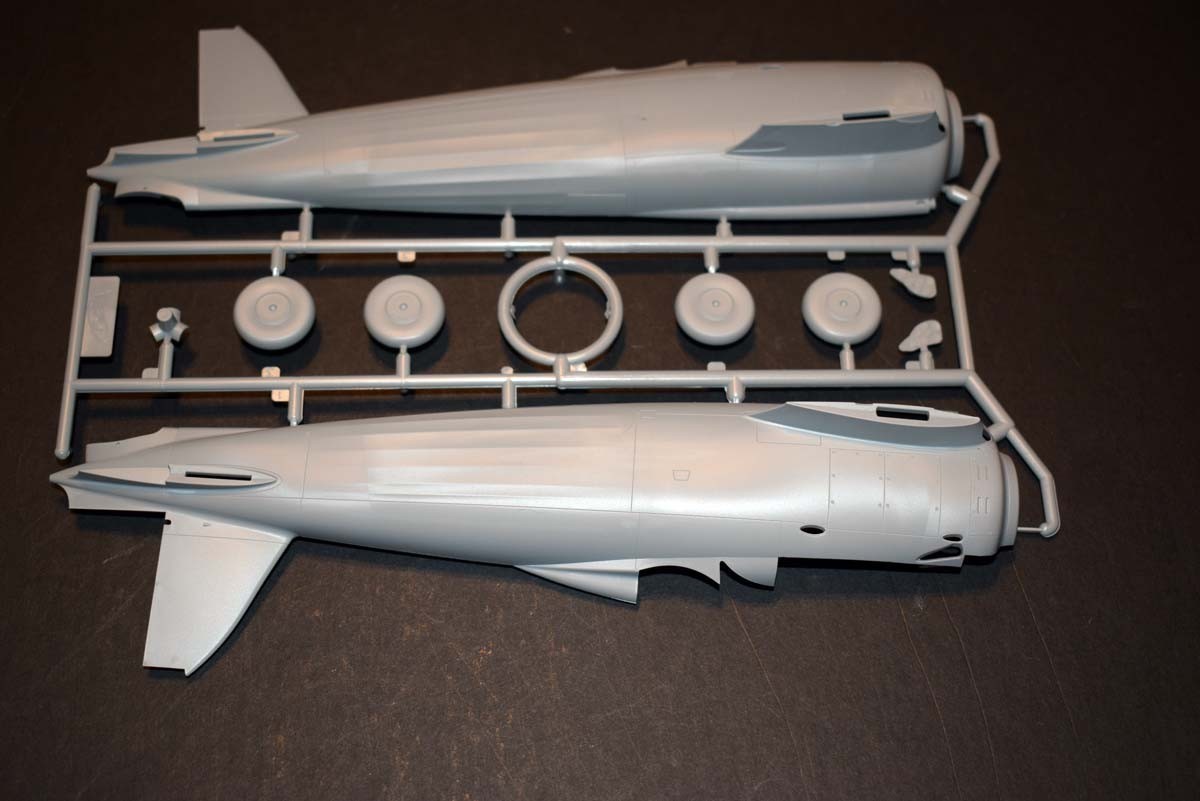 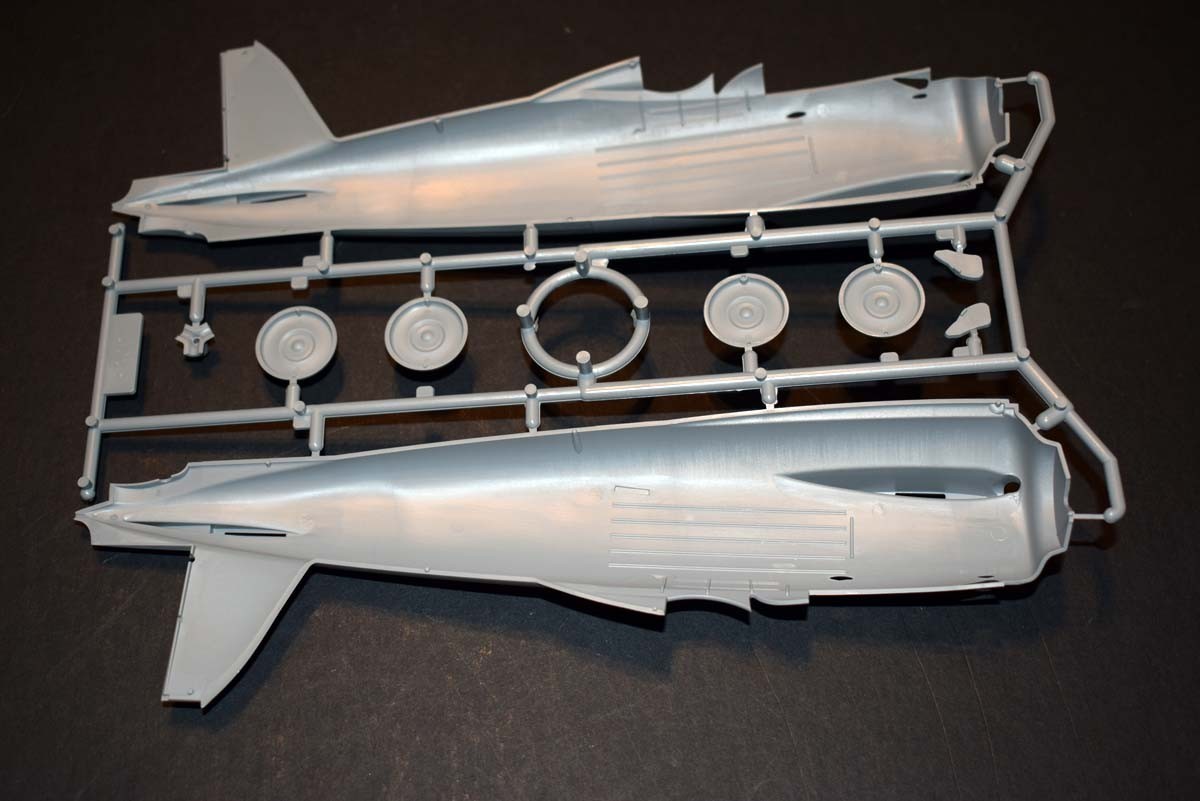 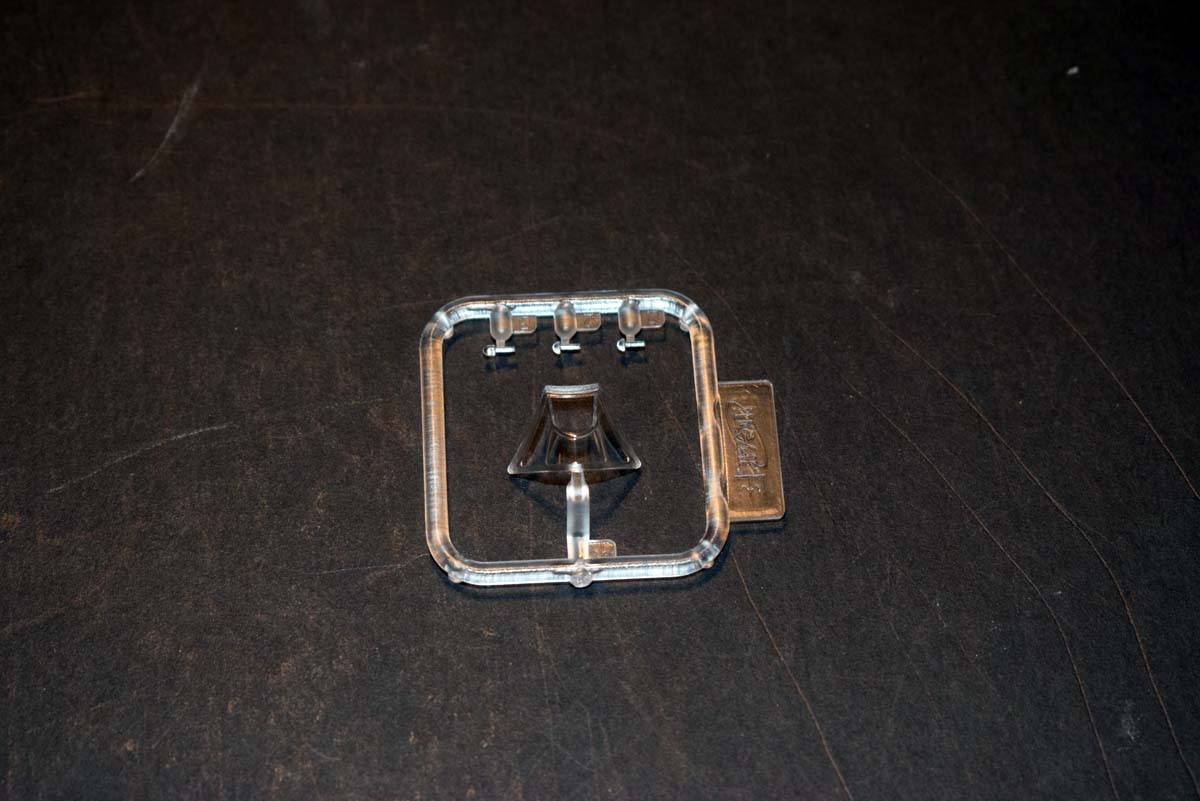 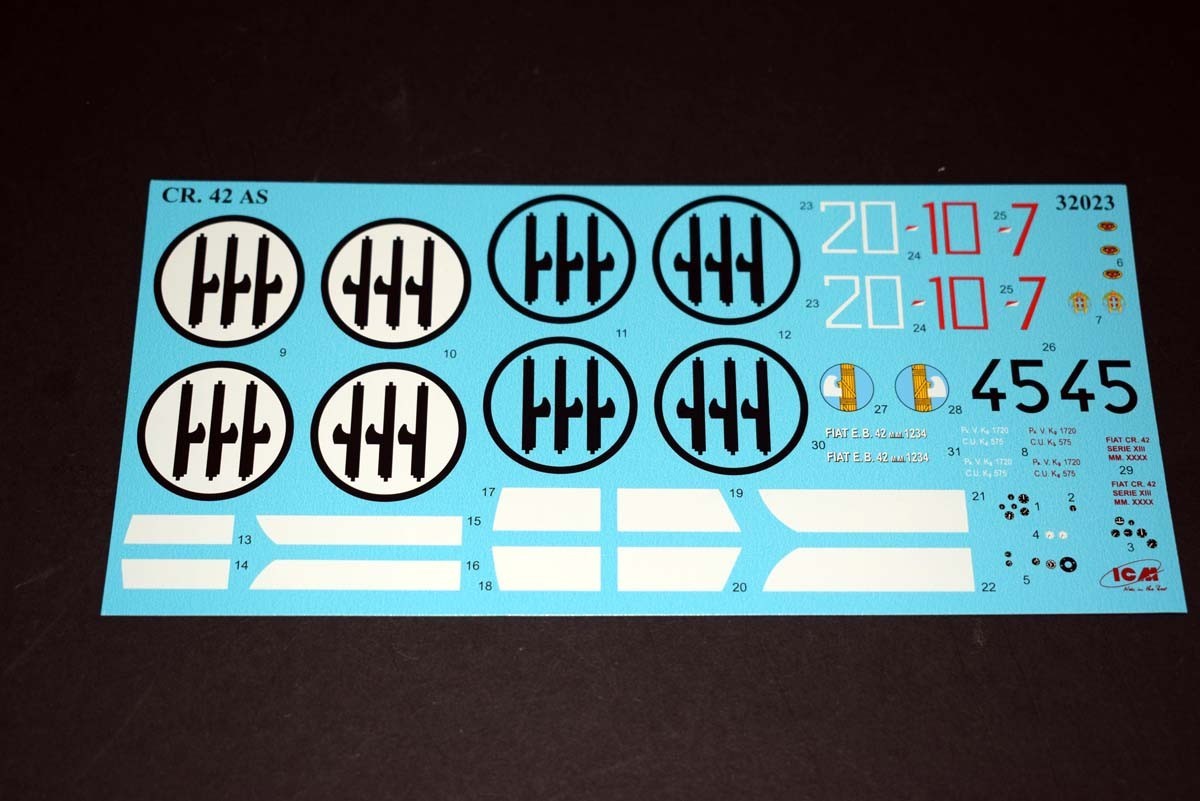 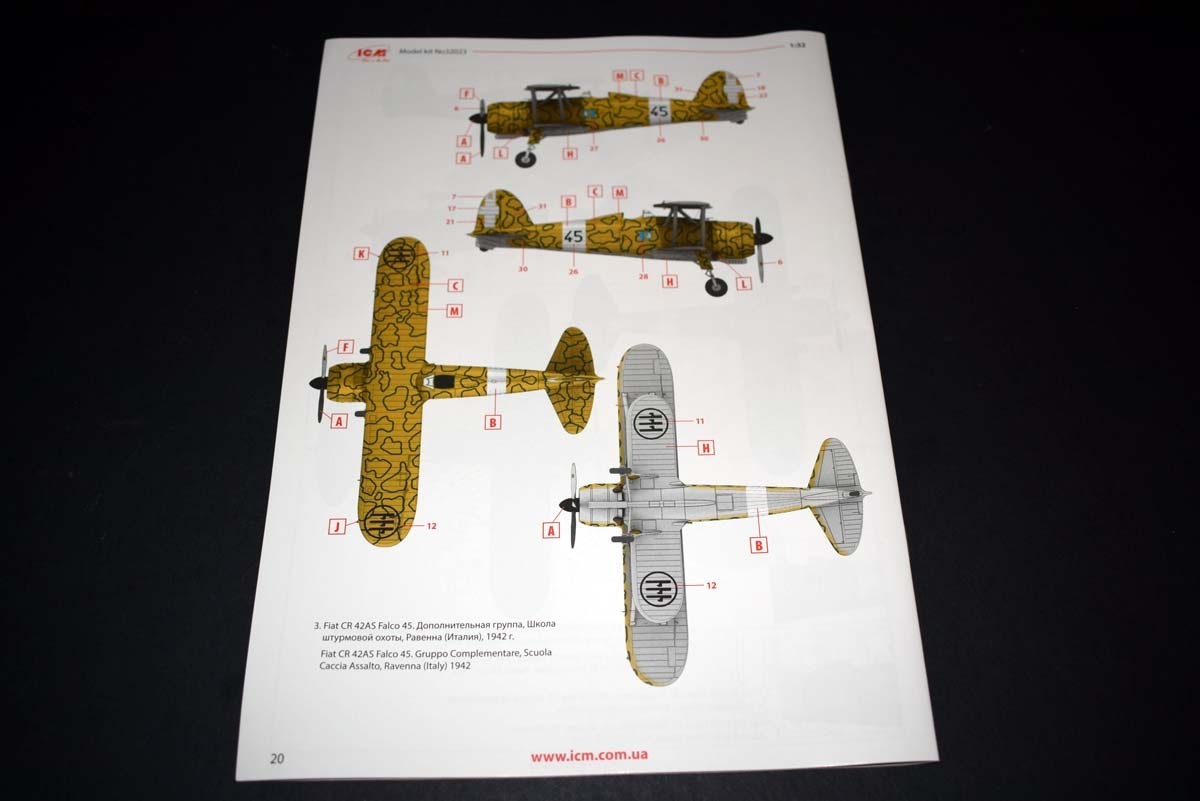 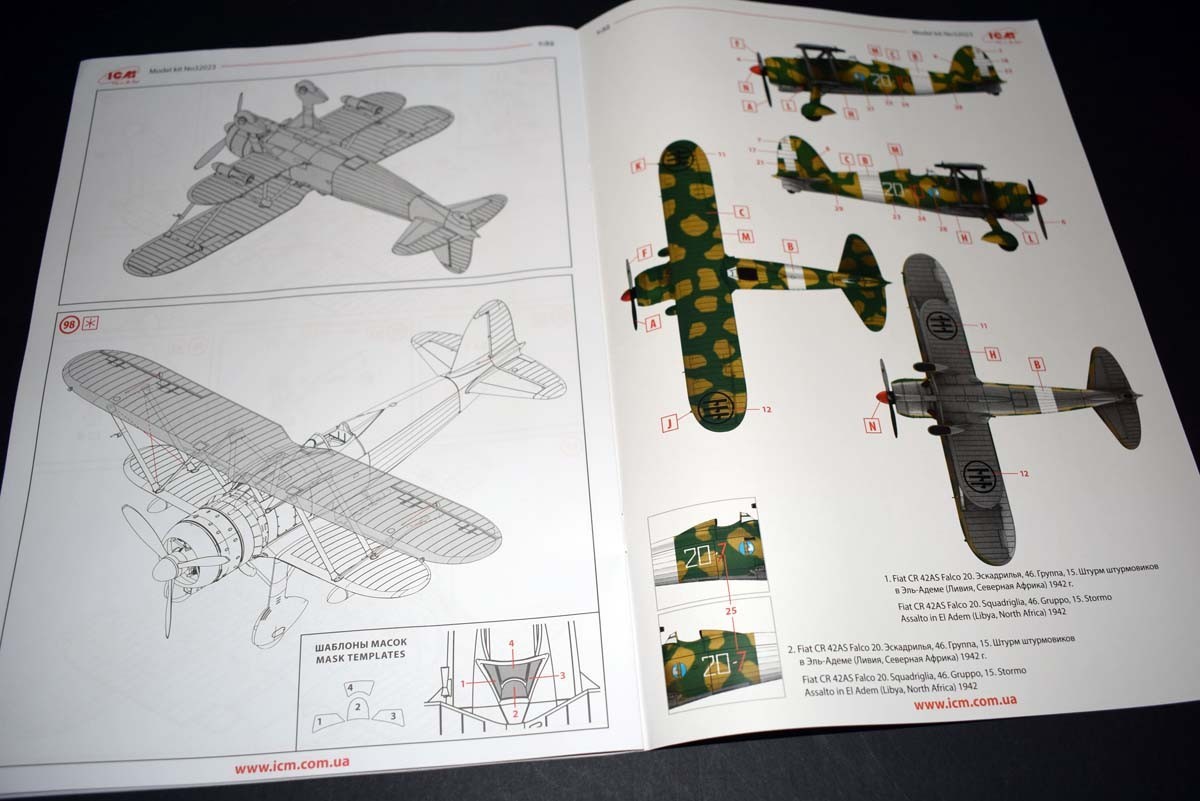