Litespeed
Editor
posted on 8 months ago — updated on 8 months ago
1,303
views
Detail & Scale has published in print three volumes looking at the Color and Markings of the F-14 Tomcat in US Navy service. Tim takes a look at Part 1 covering the Atlantic Fleet and Reserve Squadrons 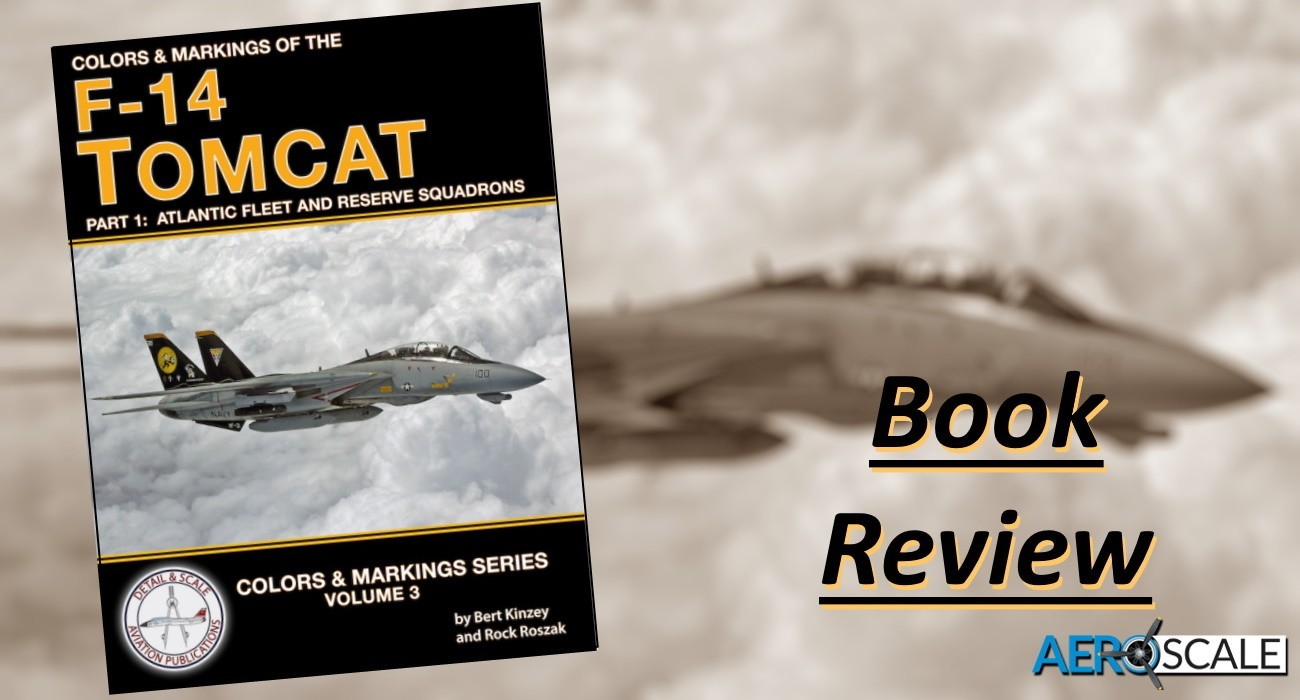 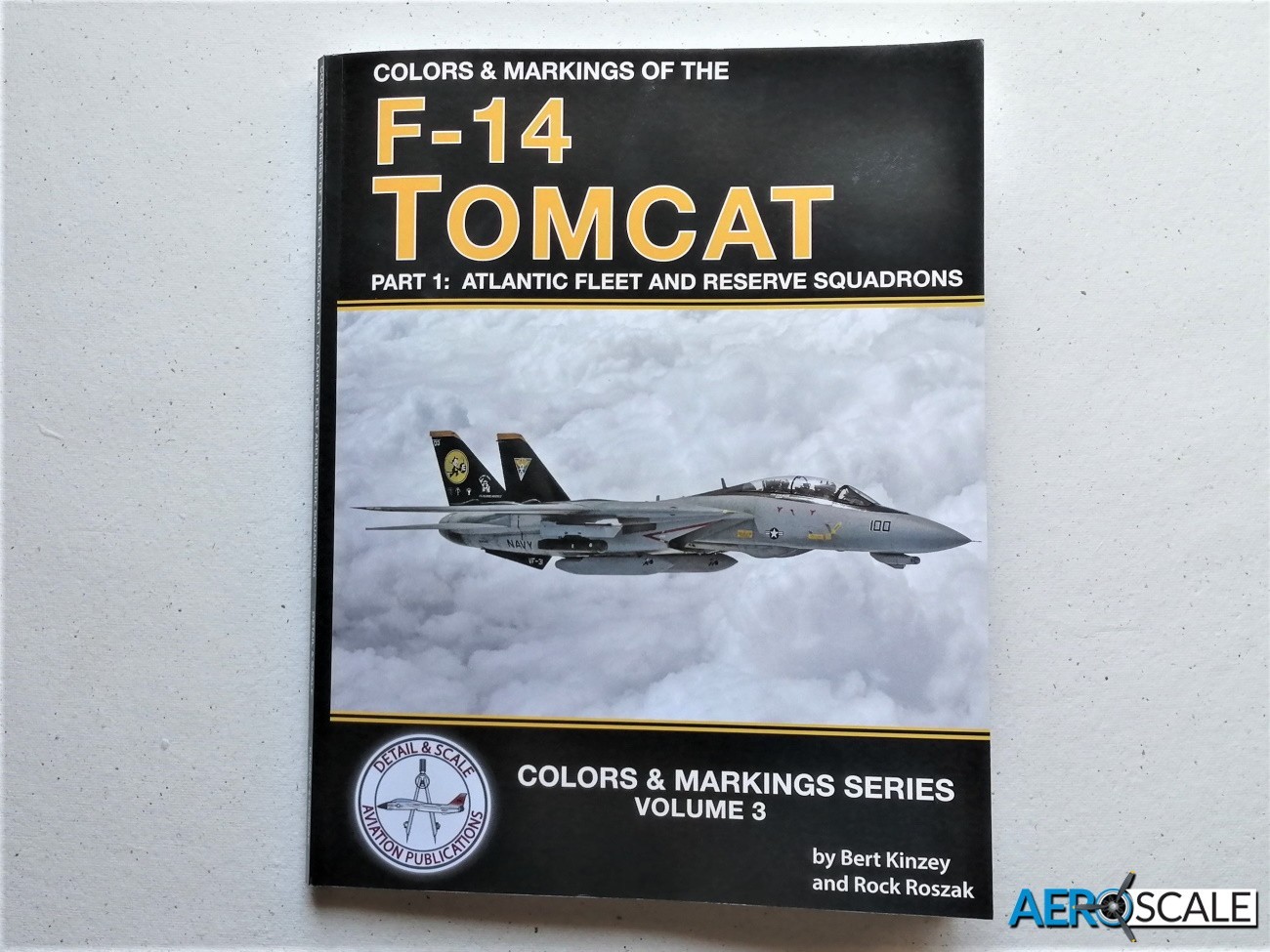 Detail & Scale has published in book form  Colors & Markings of the Grumman F-14 Tomcat in three parts. They have been co-written  by Bert Kinzey and Rock Roszak. This is the third incarnation of Detail & Scale study of one of the most iconic military aircraft over the last 40 years. The first series which was in print and published in the 1980's and covered the Tomcat in two volumes. The second series again was two volumes, but only available in a digital format. The third series is now available in digital and book formats and has been expanded into three printed volumes.  The first two are available now in print from Detail & Scale with the third is to be published in the future. 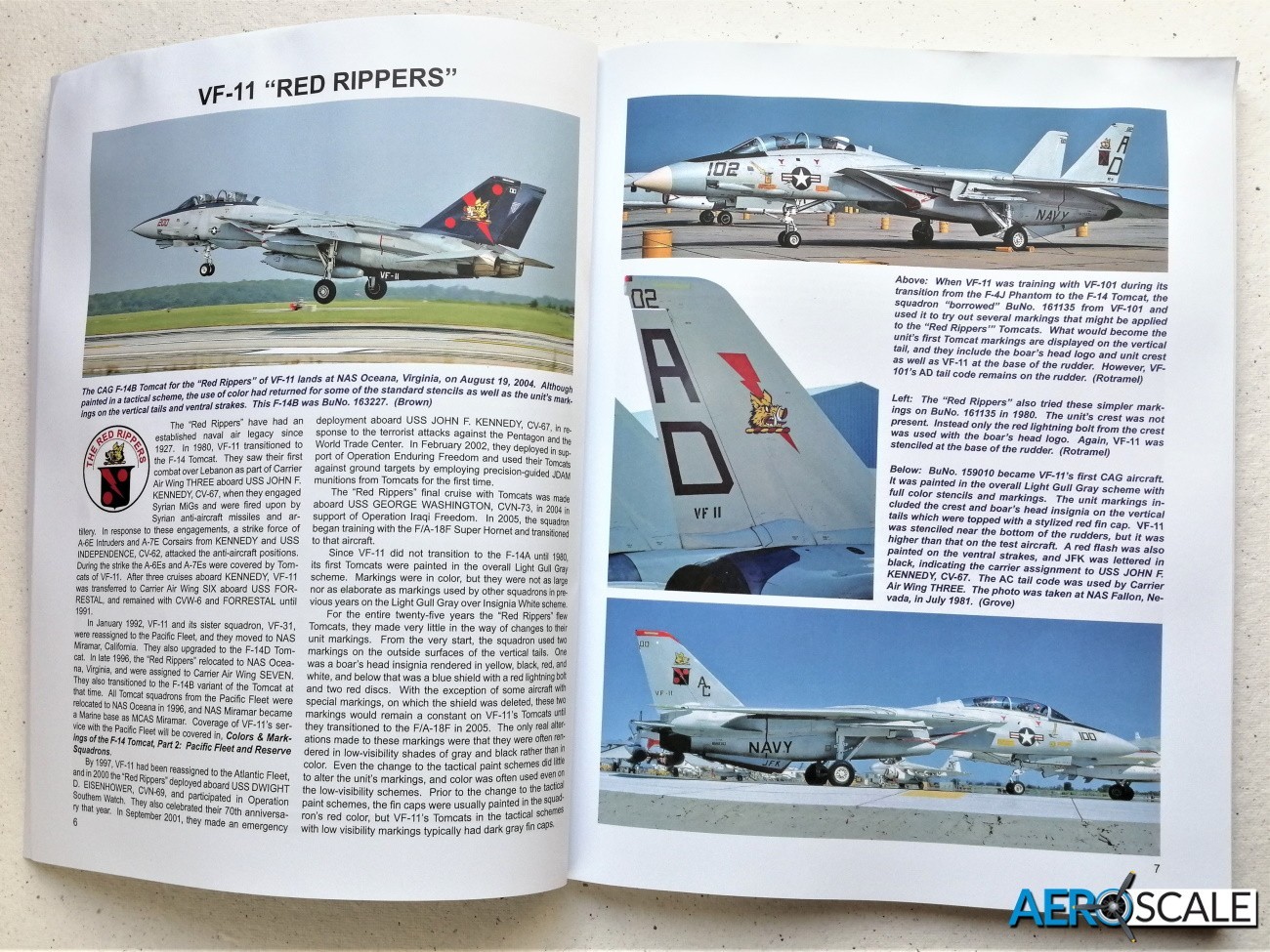 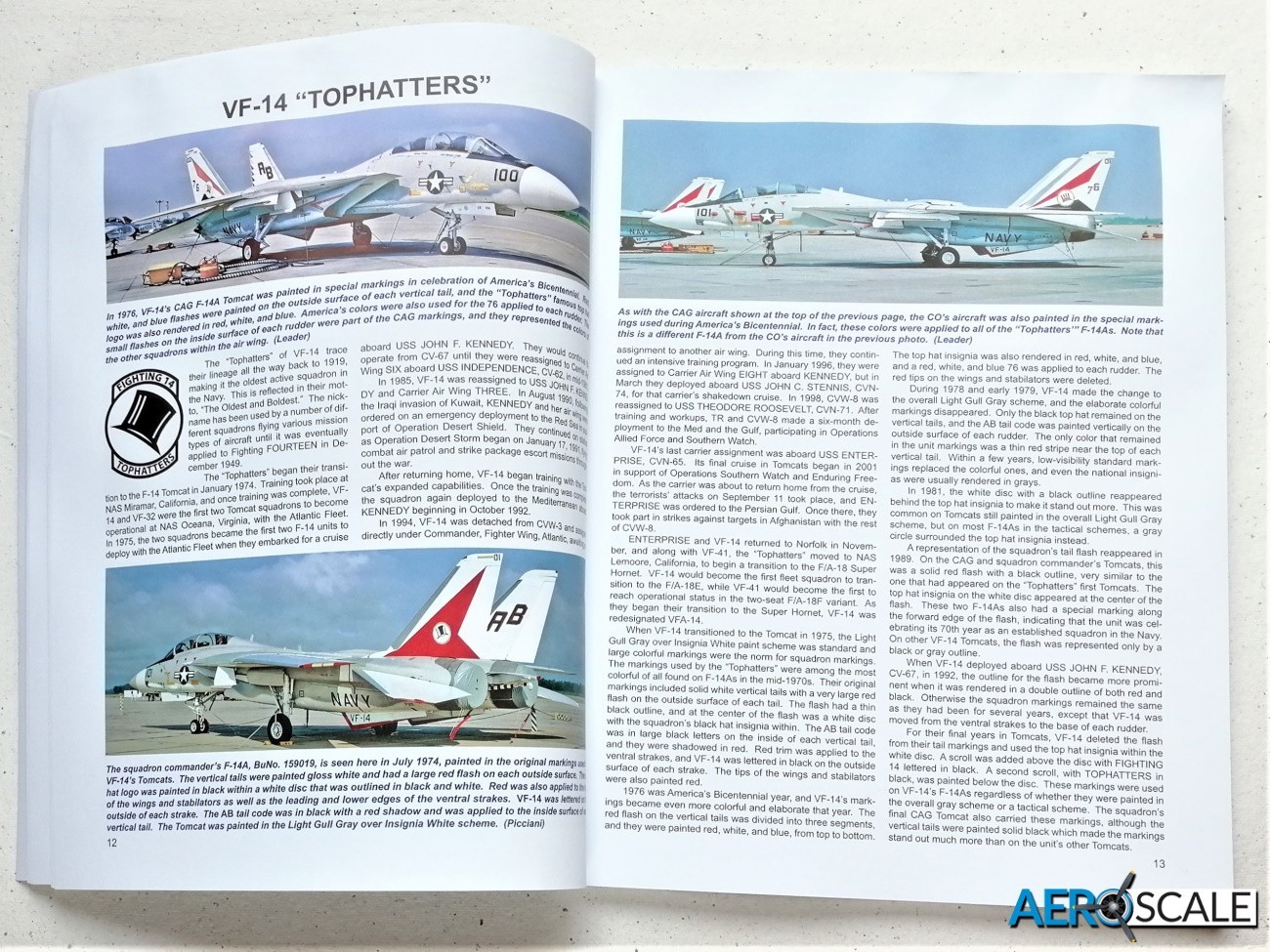 The three parts include: 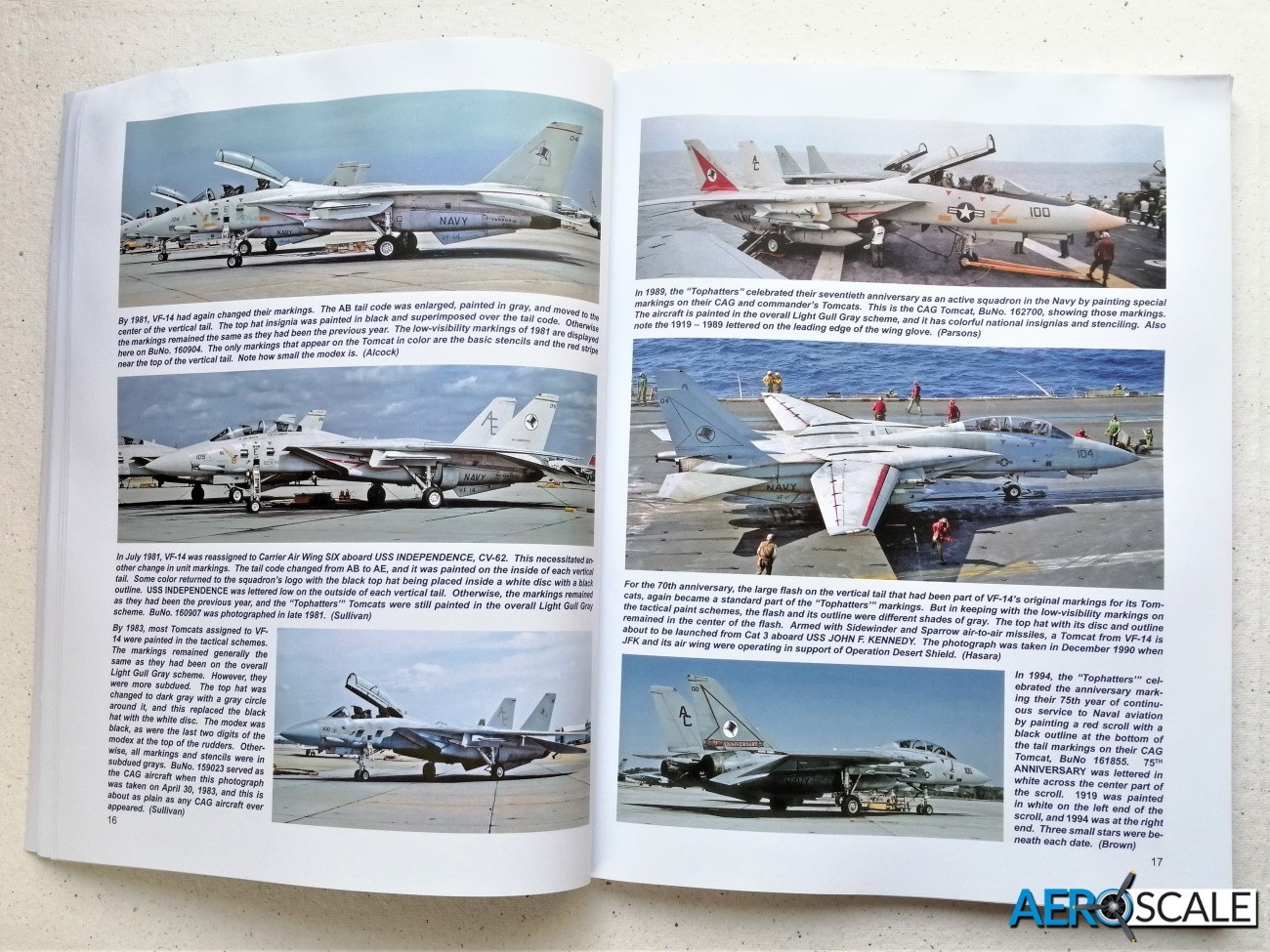 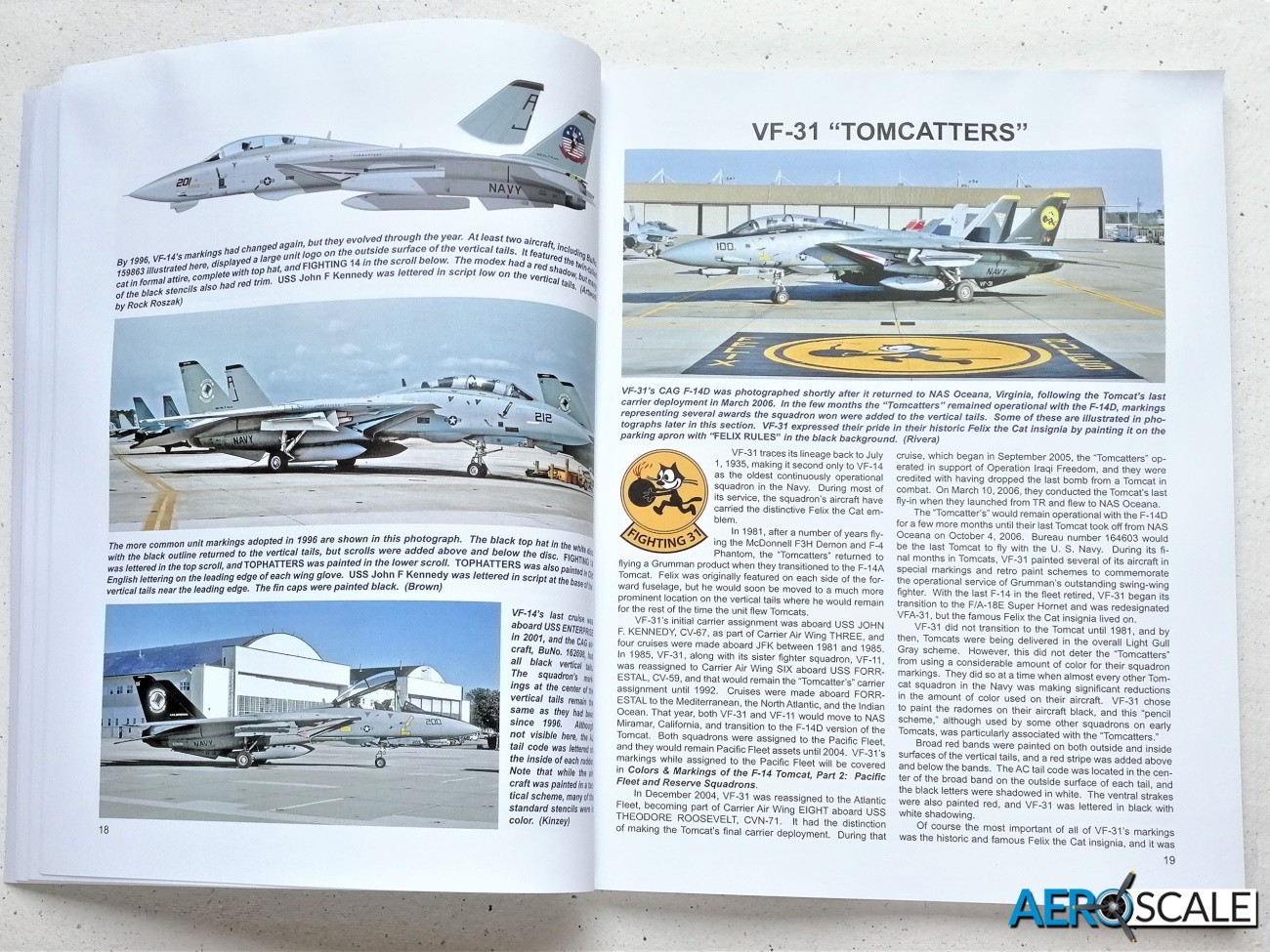 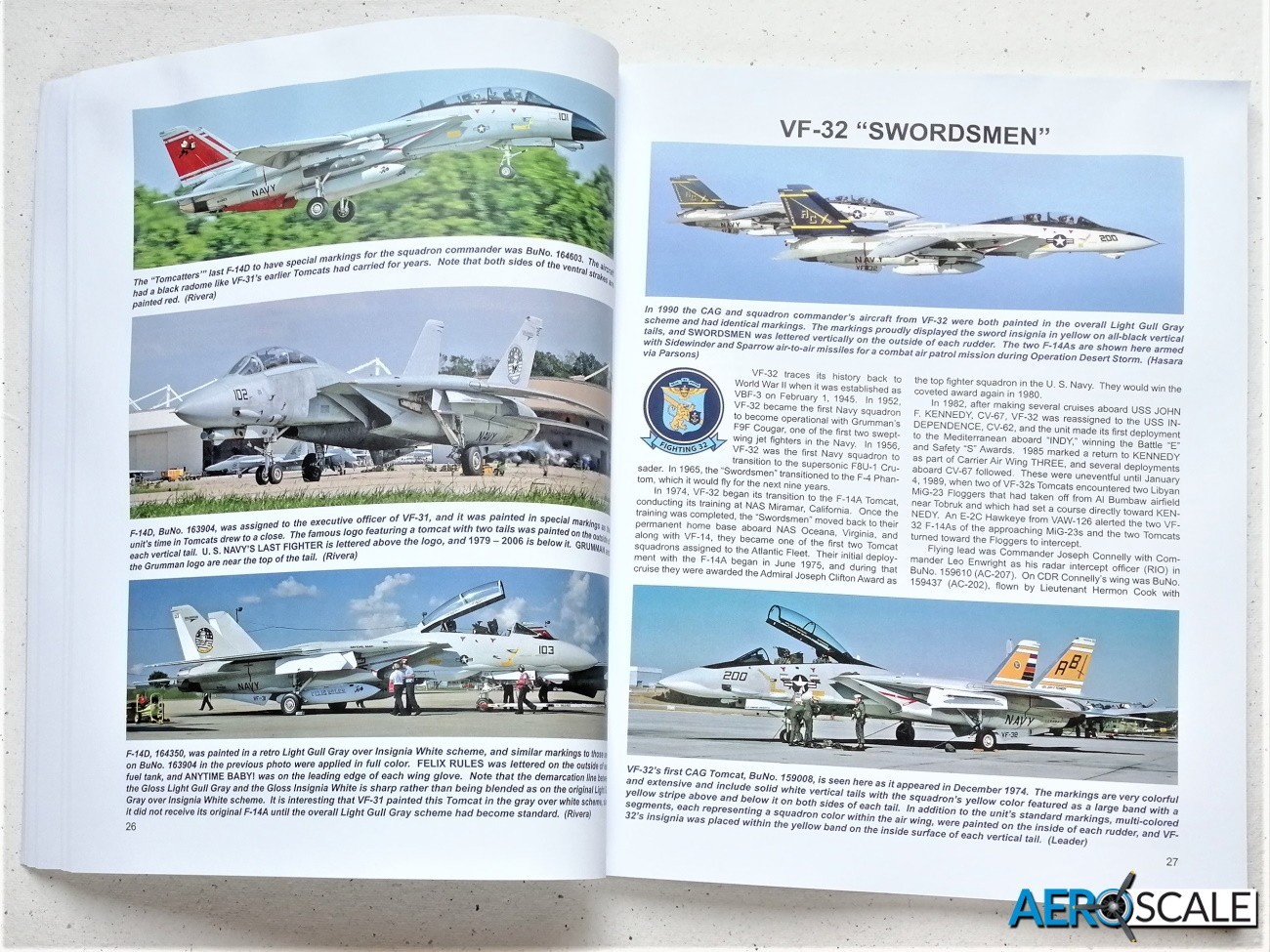 Each Squadron is covered with a short history and a much more detailed look at the Squadrons time with the Tomcat. This is backed up with a wealth of photographic imagery. Each images includes text with points of interest, which is important as some of the changes are very subtle. Additionally, there are a number of side on illustrations of the Tomcat providing color details. It includes that all important information of the inner side of the vertical tail surfaces. There is a bias towards CAG and CO modex numbered Tomcats. This is understandable as the Tomcat provides such a unique canvas for colourful markings. Images show the Tomcats throughout its service carrier spanning the grey and white scheme through to the subdued greys of the tactical paint scheme. The photographs are an outstanding record of the appearance of the Tomcats with each Squadron. The subtle and not so subtle changes are well documented by the authors. 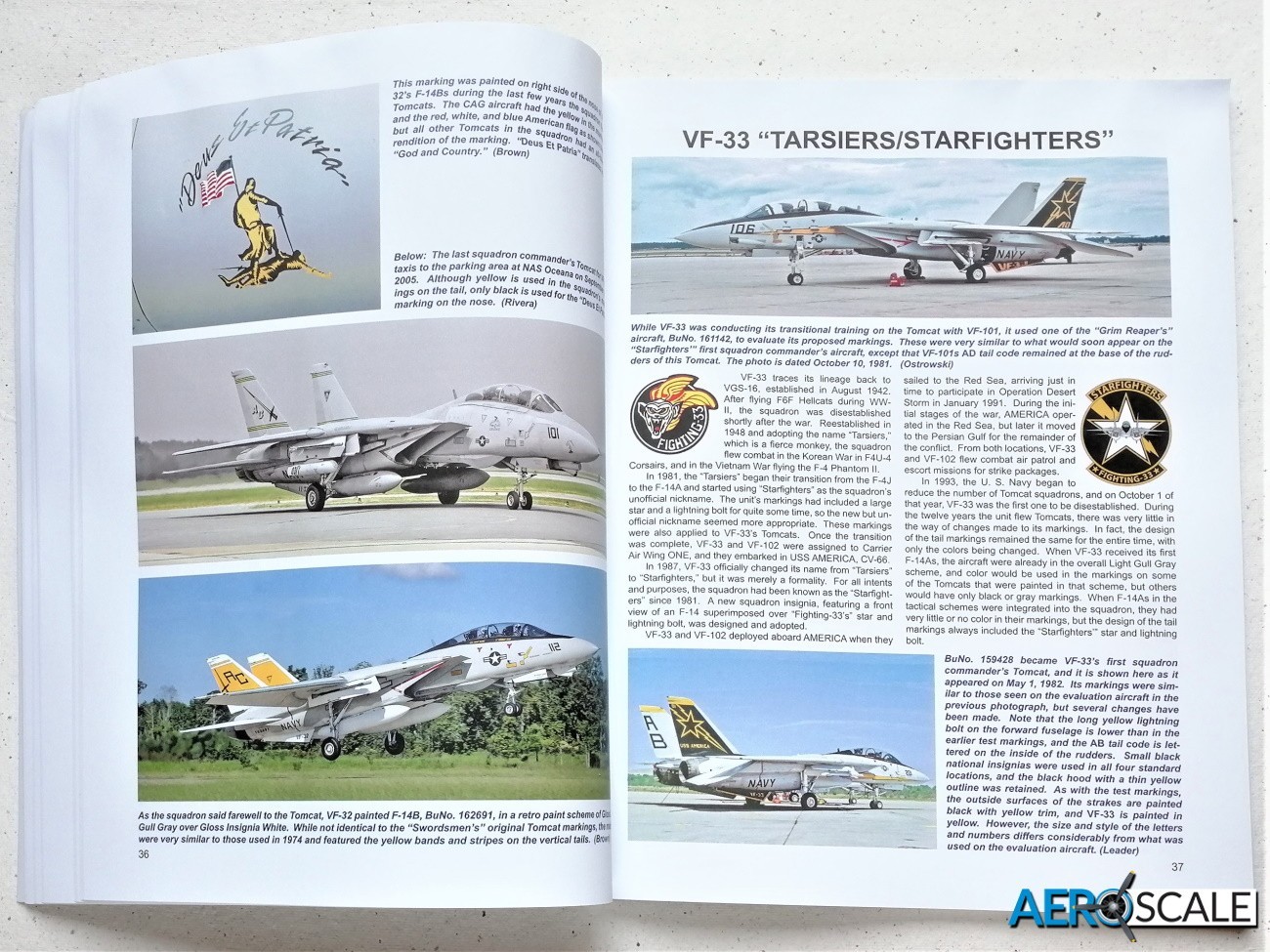 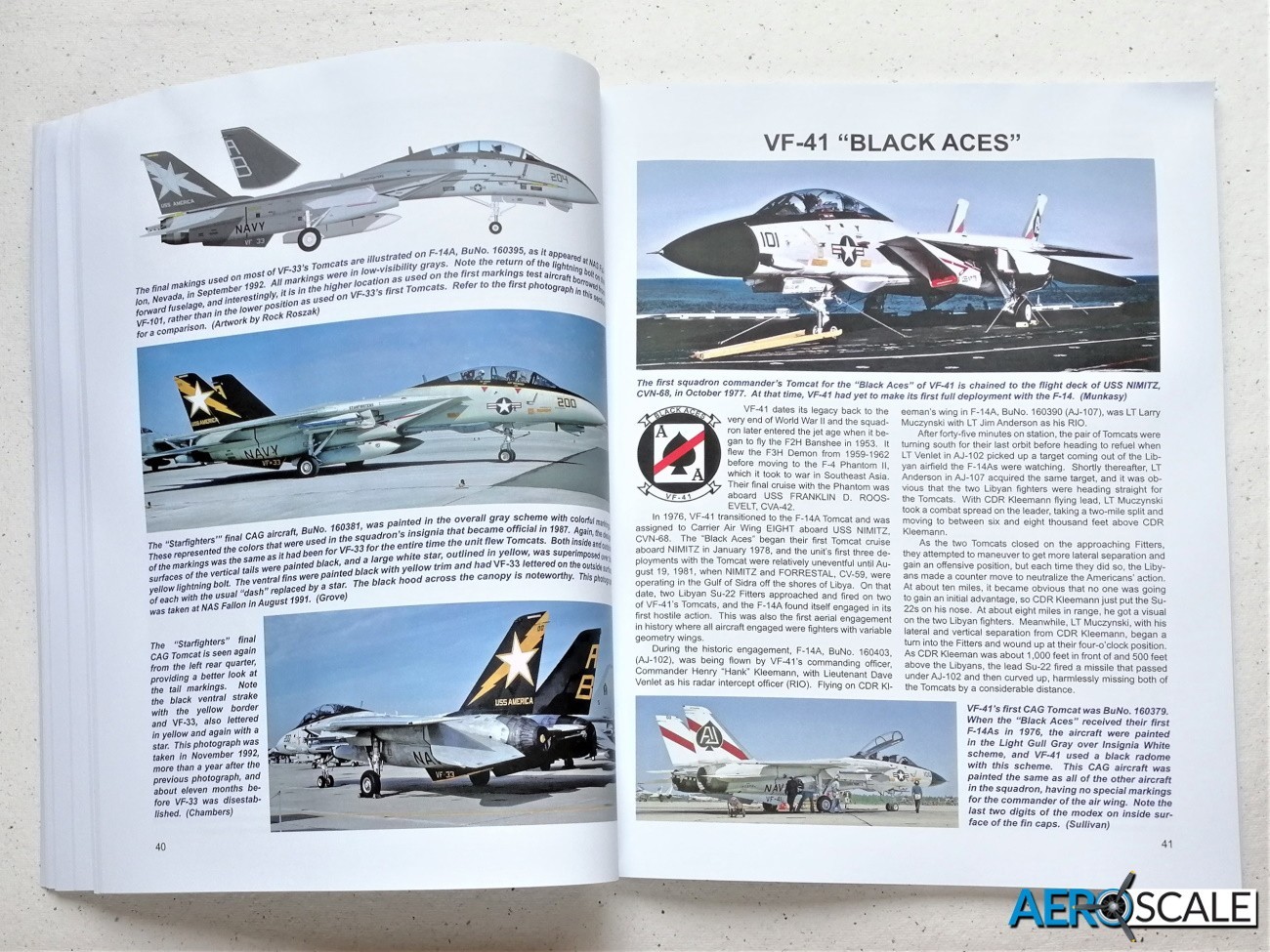 As mentioned, the volumes are available in printed form or digitally through Apple Books and Amazon Kindle. Purchasing the digital format represents a considerable saving over the printed version. Its worth noting if you already have the digital versions there is no new material with these latest digital editions. 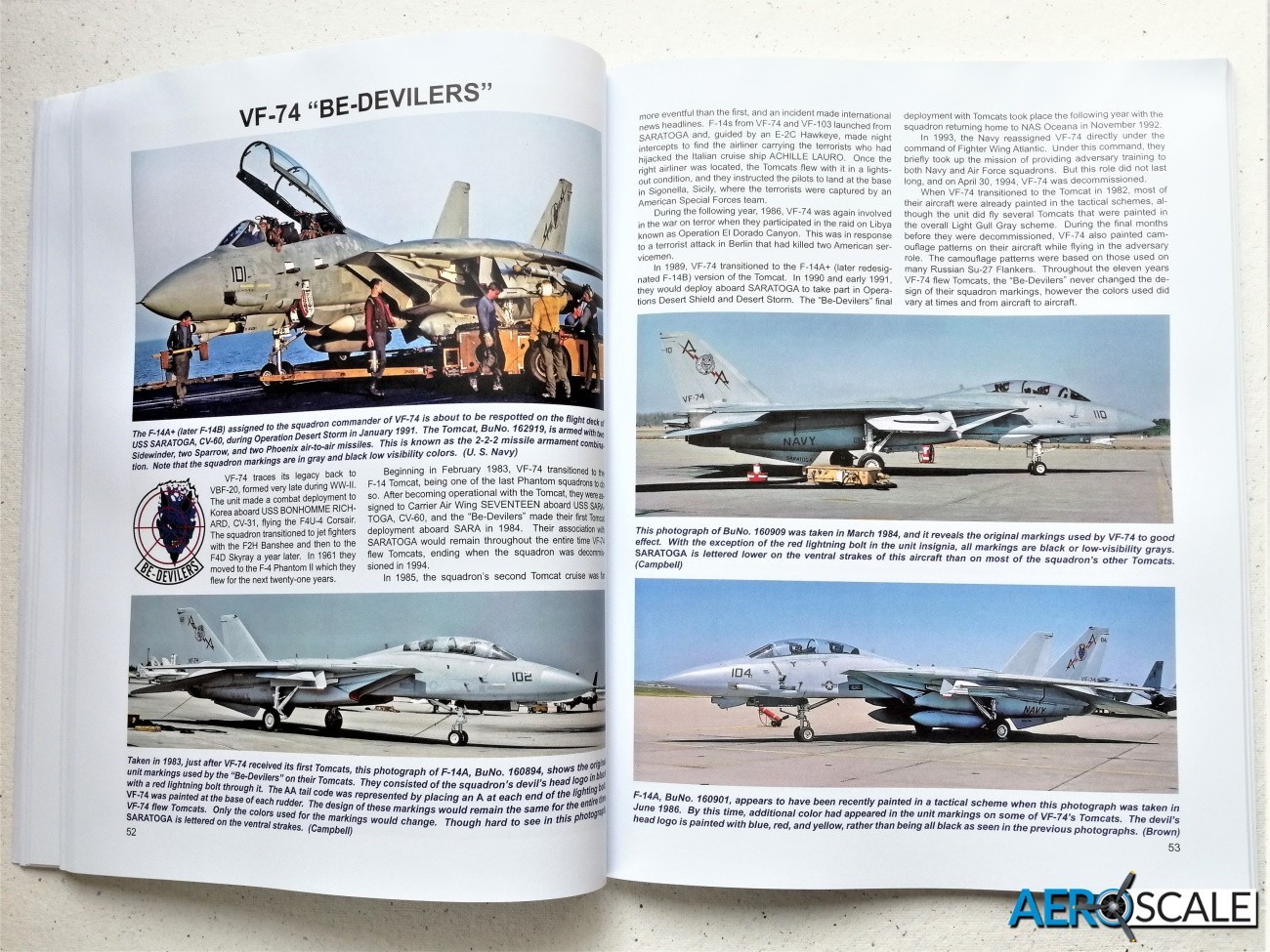 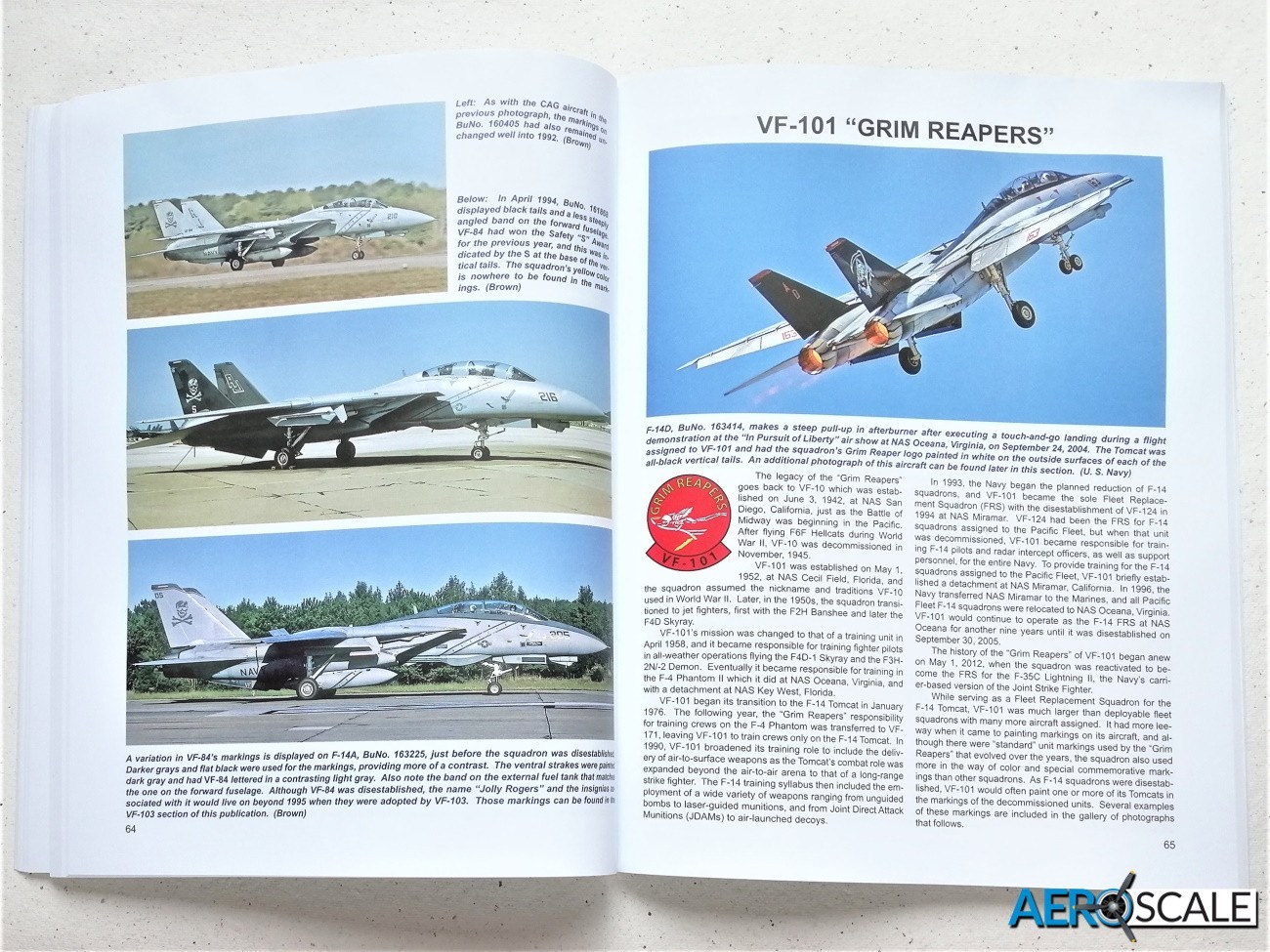 Color & Markings F-14 Tomcat Part 1 is a considerable body of research bringing together quite a pool of contributors, hence the sheer number of photographs and information. It is a comprehensive documentary of the US Navy Squadrons utilising the Tomcat. A real go to reference for any aviation historian or modeller interested in the Tomcat. Going through the book had me searching Furball Aero Designs website for possible marking options for future projects. Highly Recommended 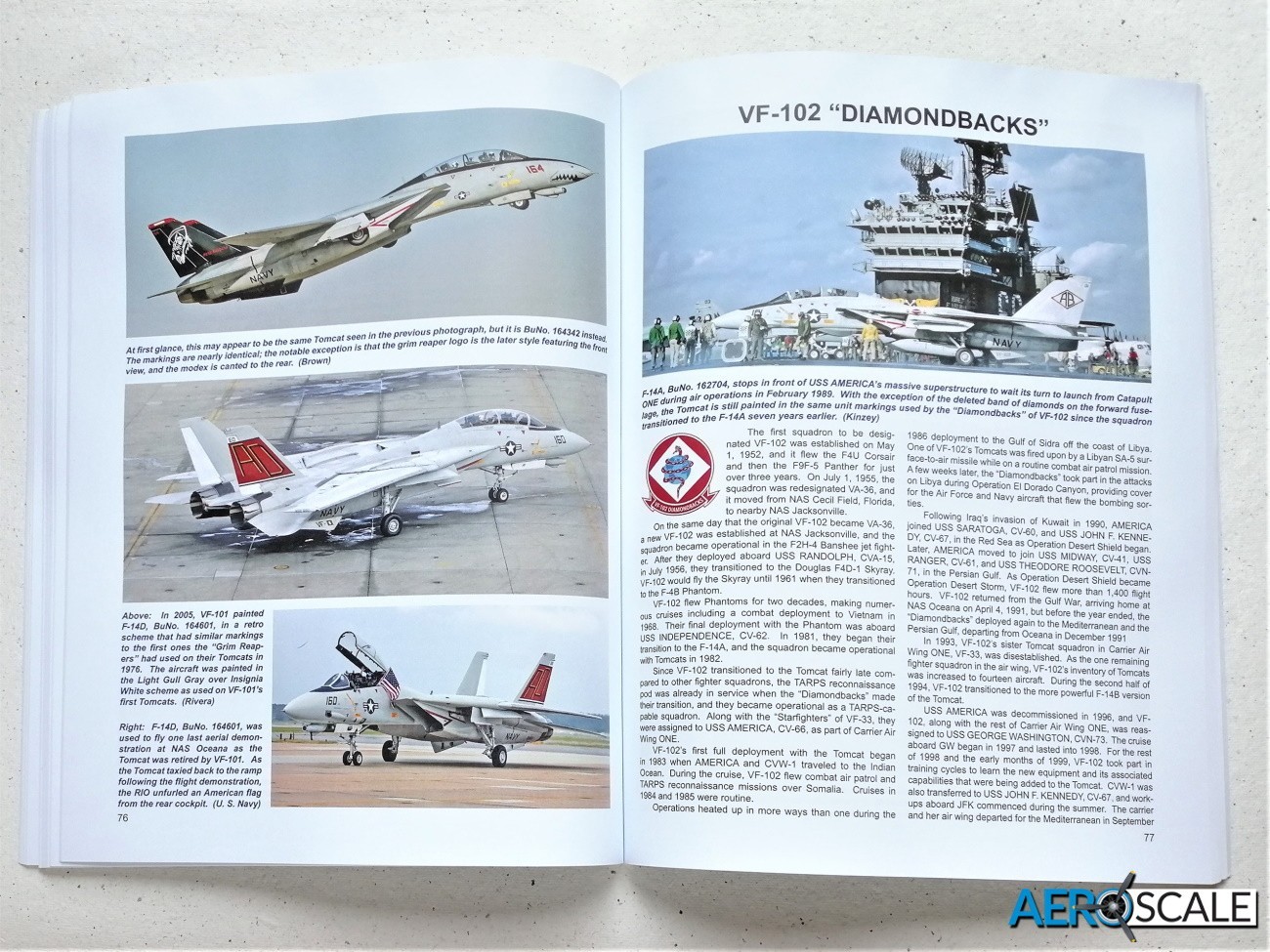 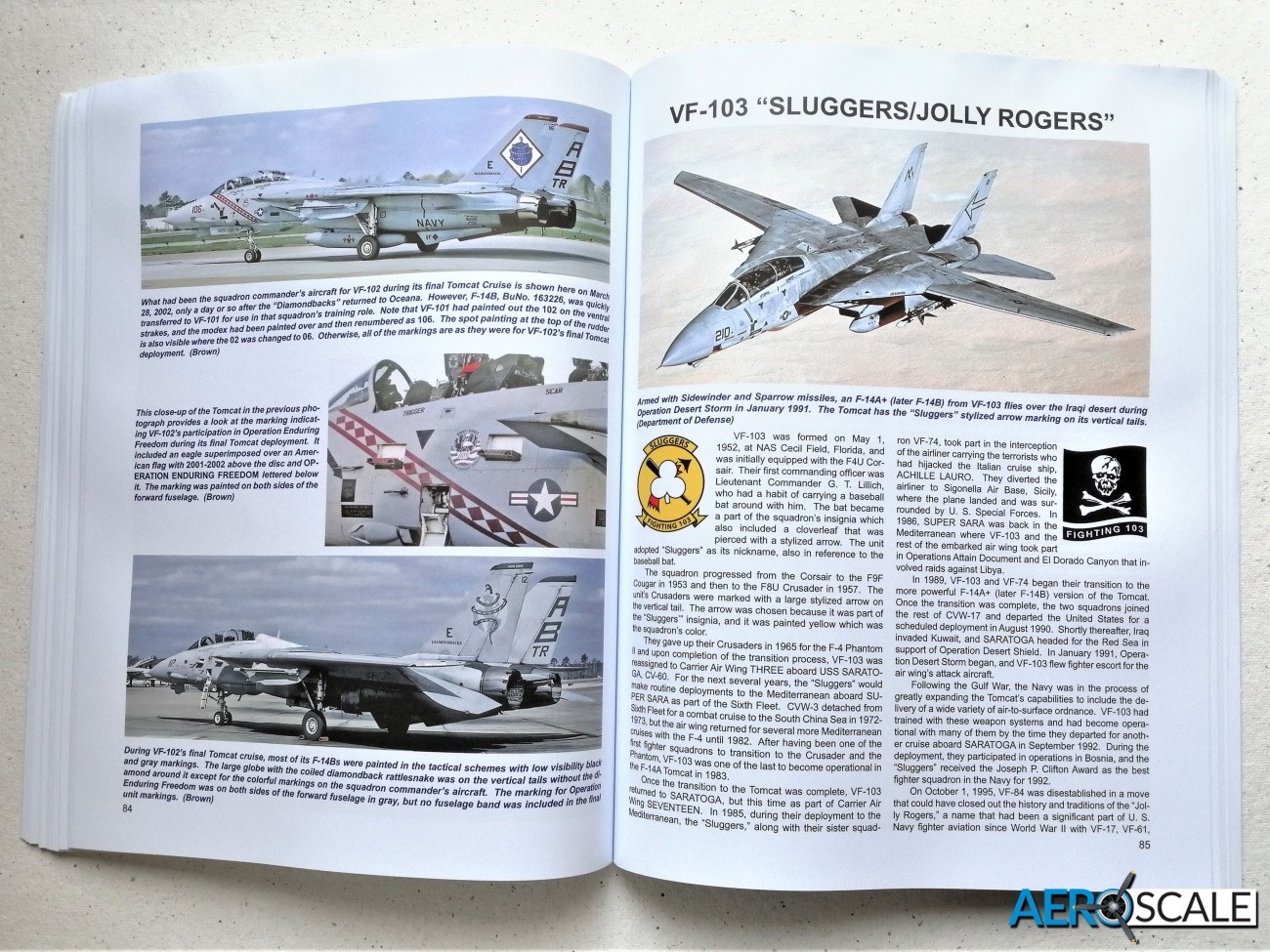 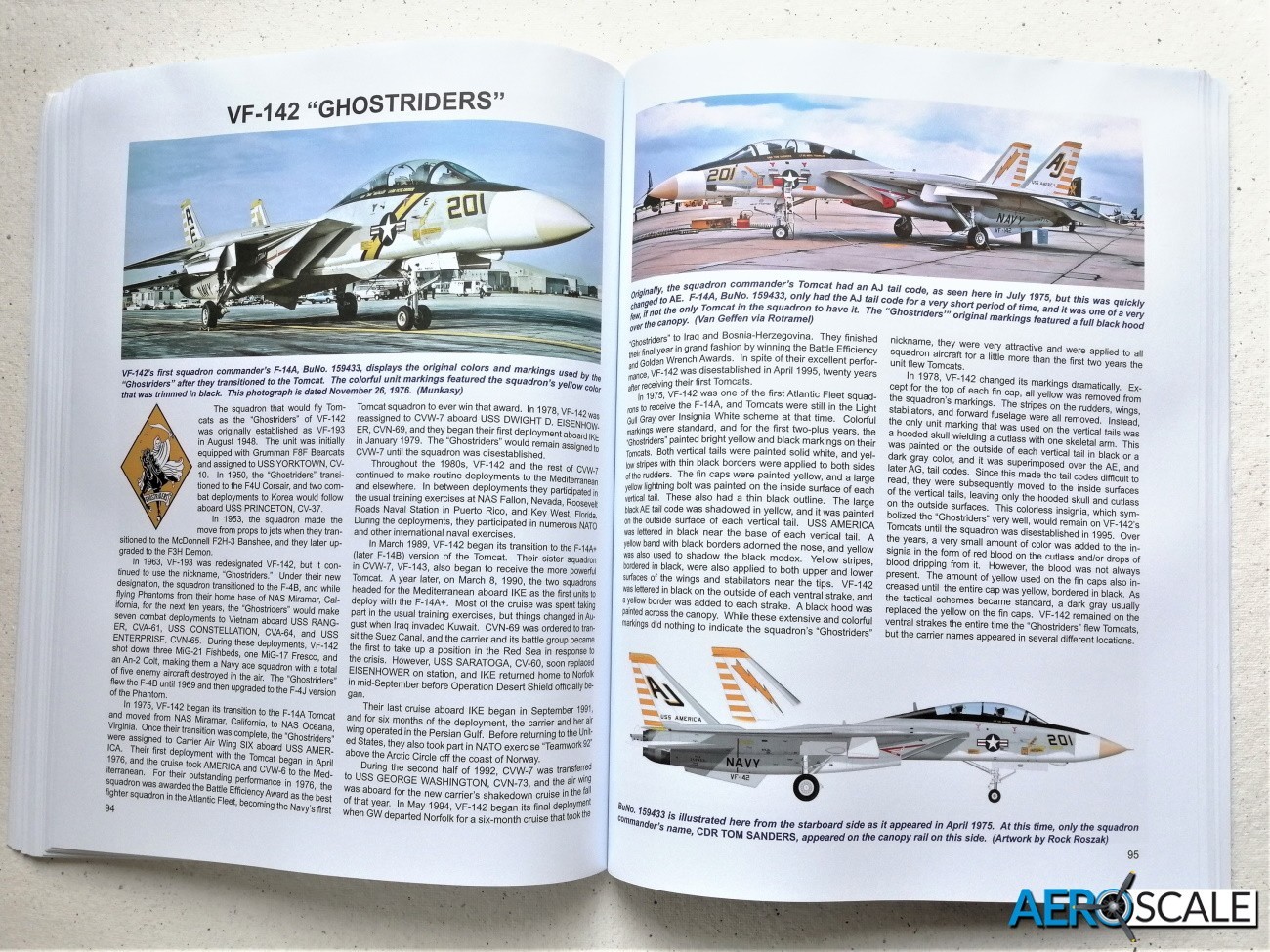 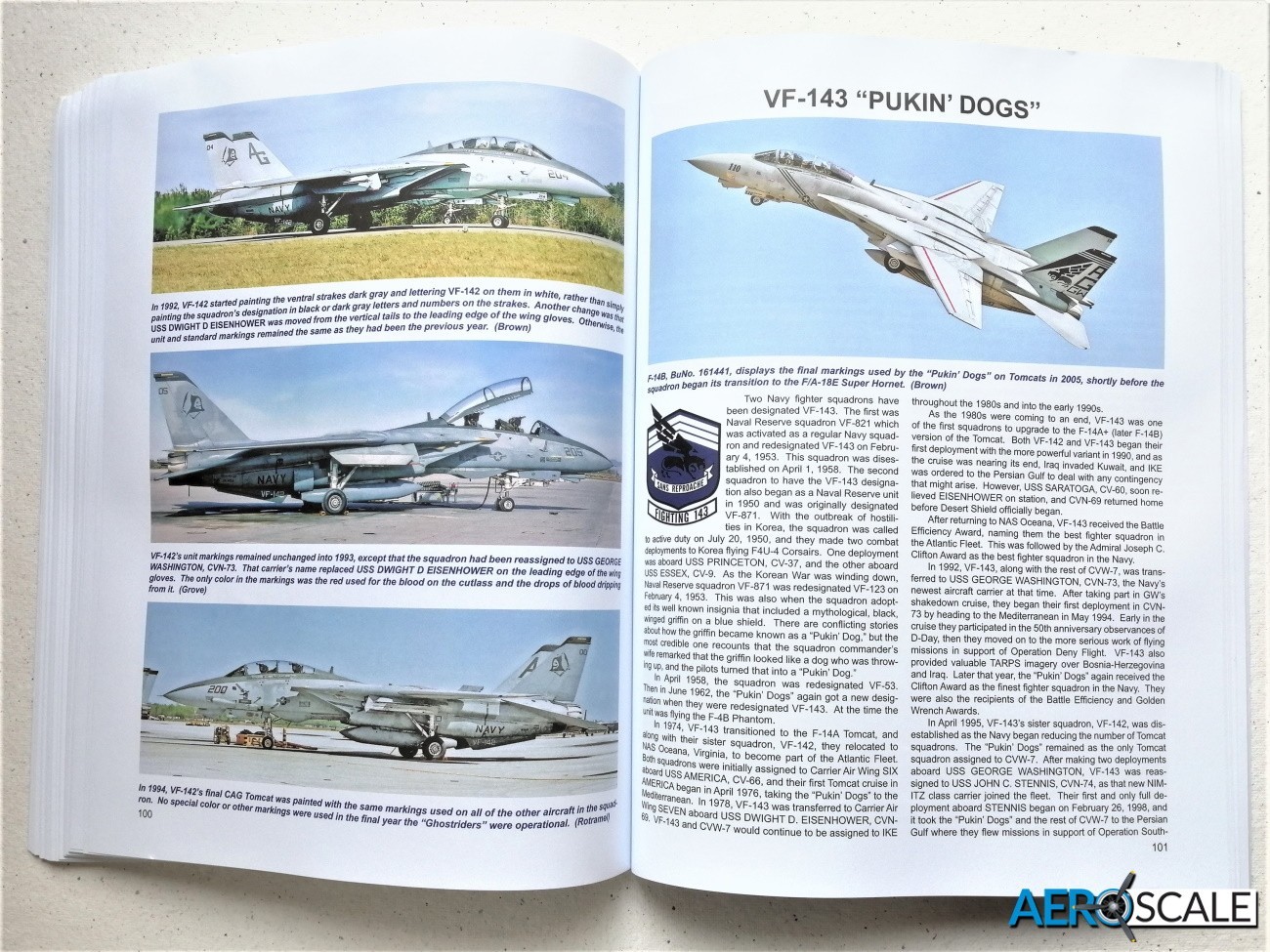 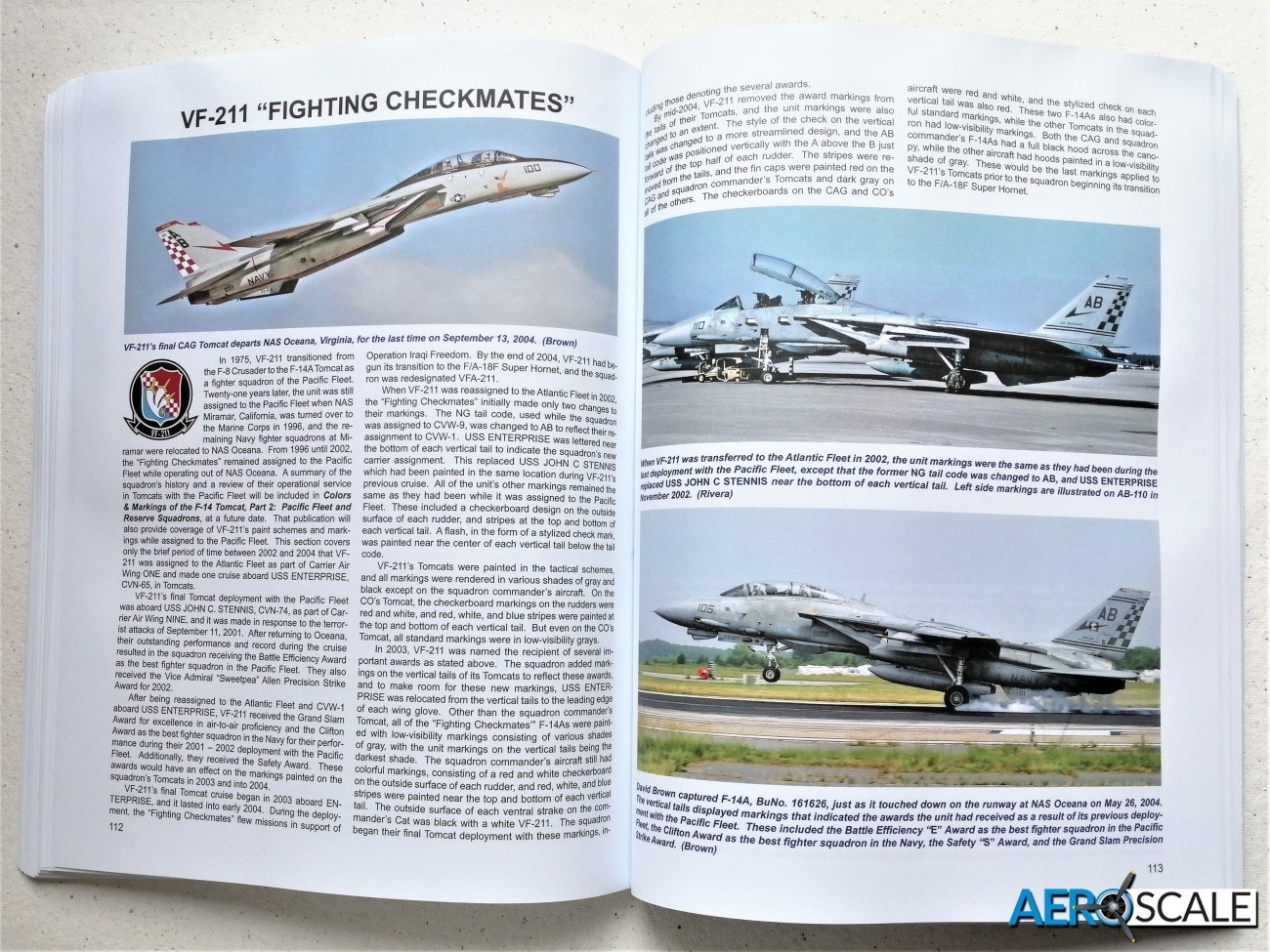 Many thanks to co-author Rock Roszak for providing this review sample. 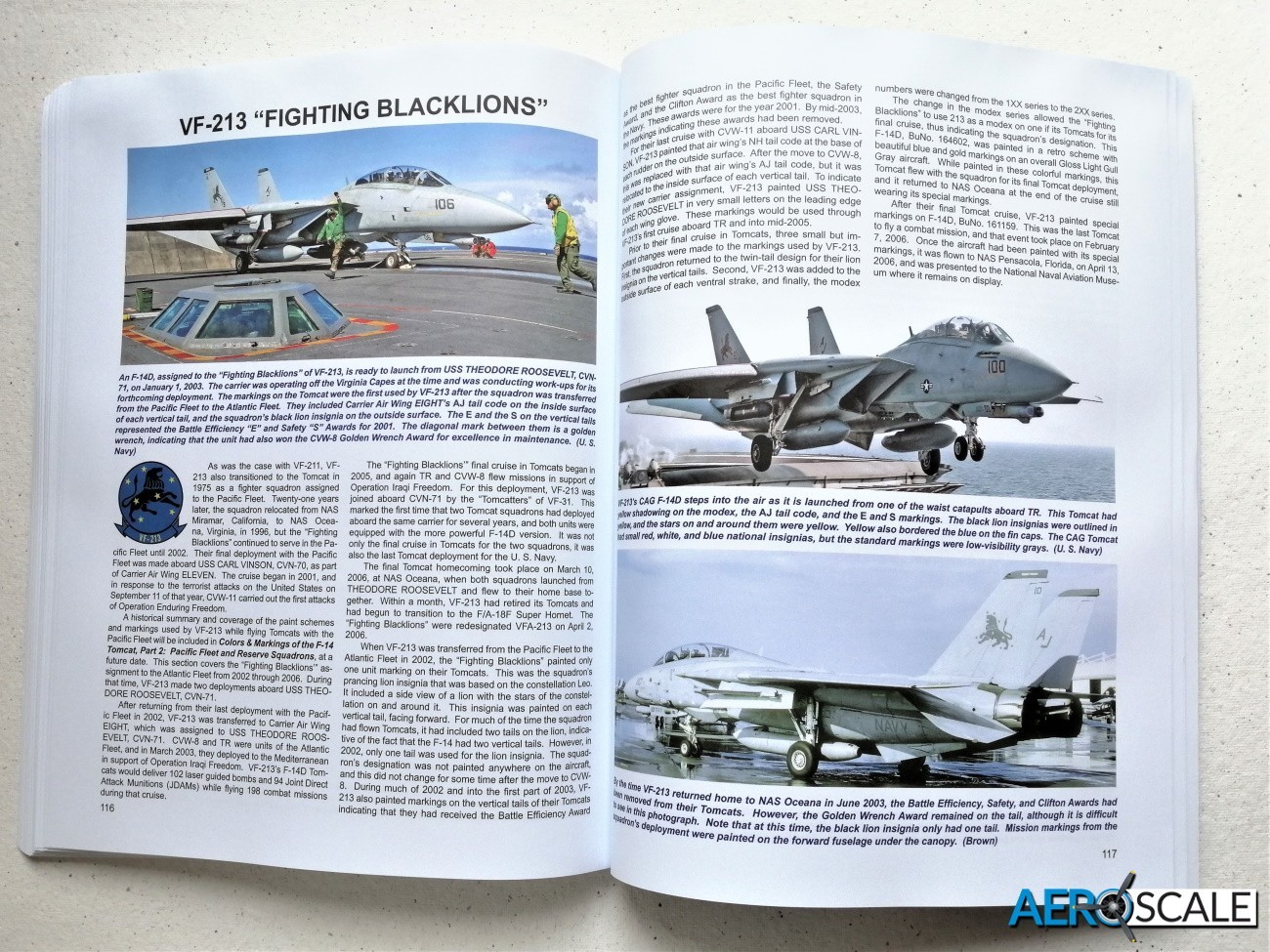 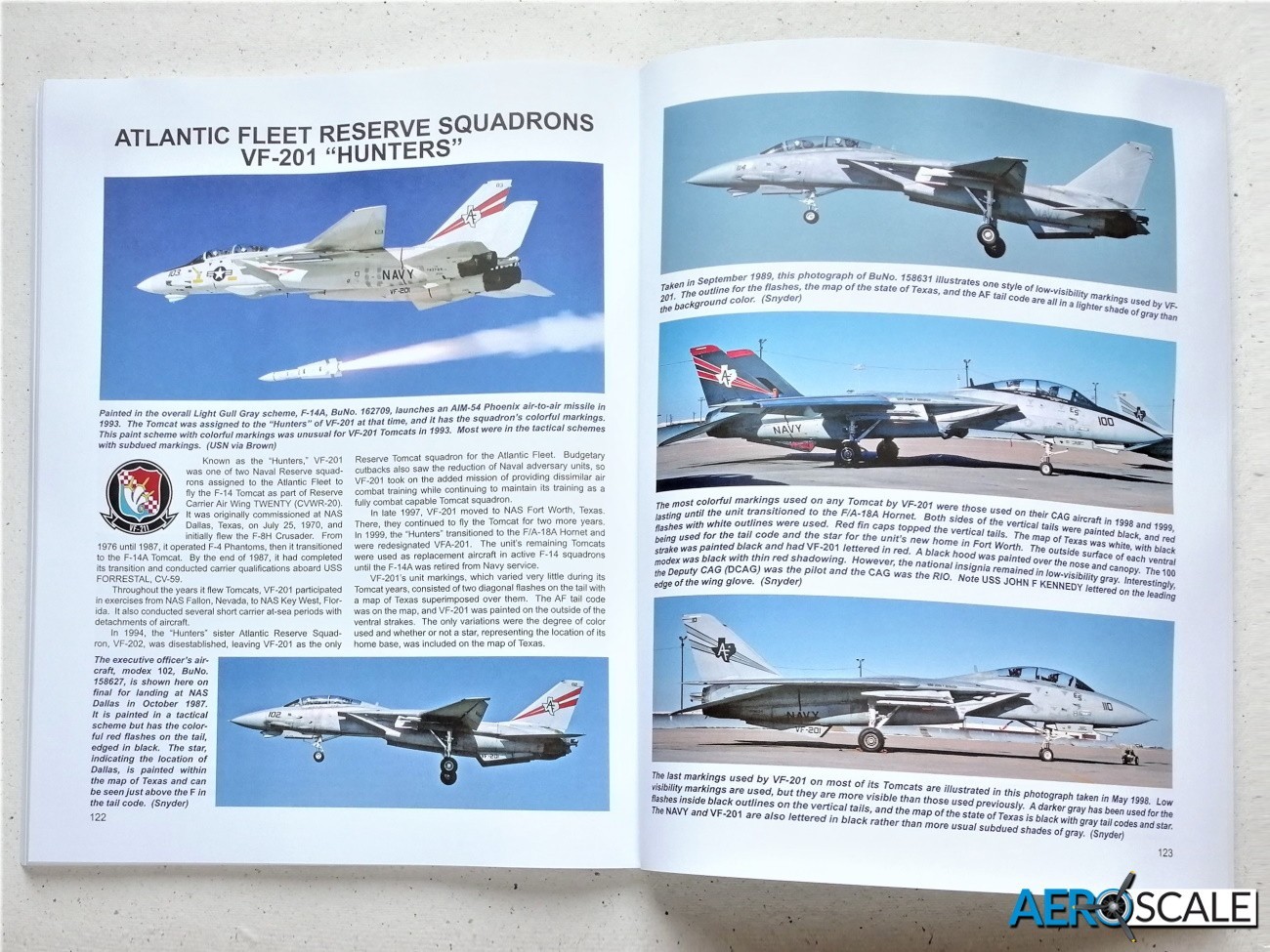 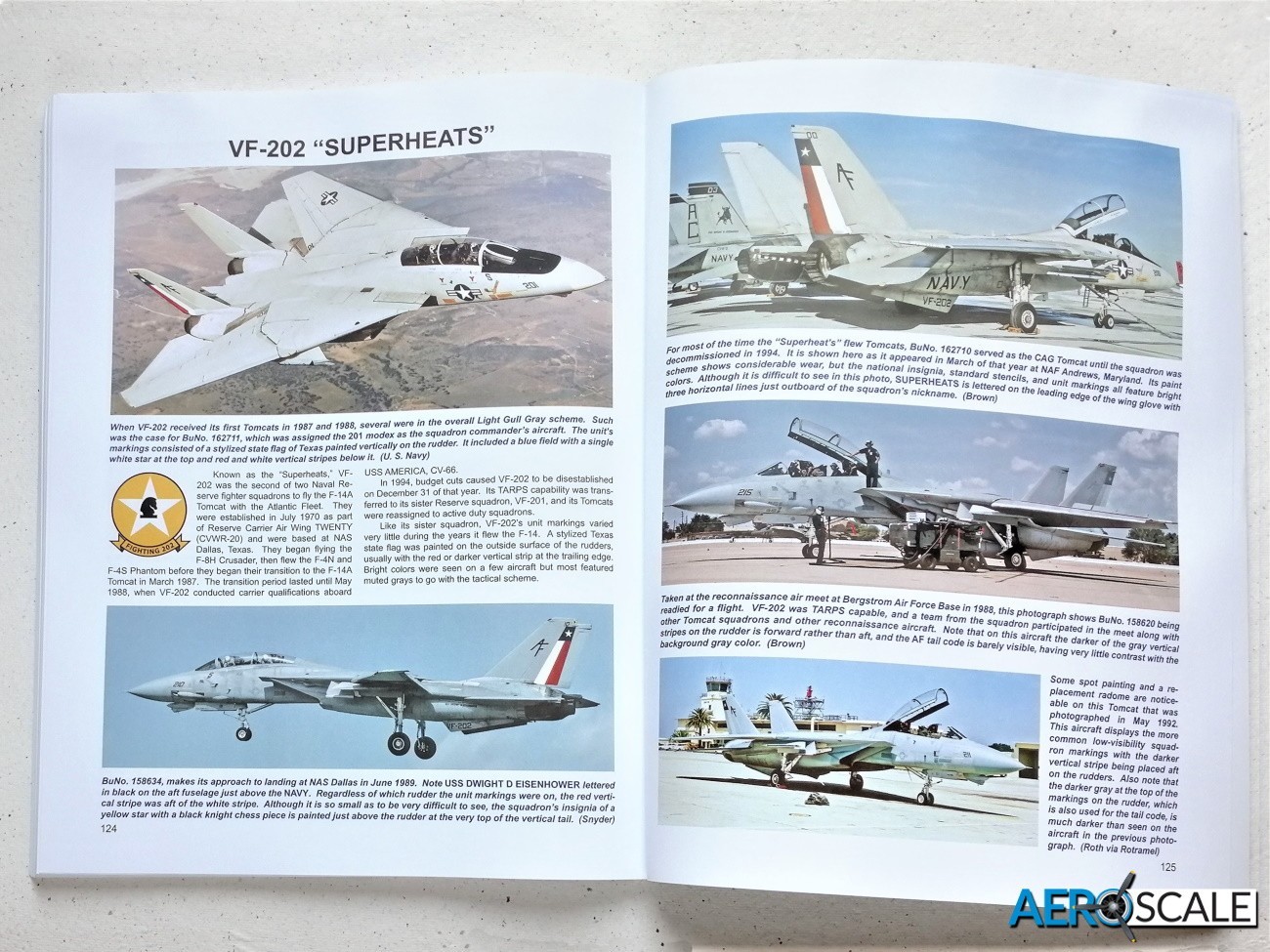