Merlin
Editor
posted on 1 month ago — updated on 1 month ago
1,124
views
Special Hobby have announced a forthcoming Hi-Tech boxing of their 1:48 AH-1G Cobra with markings for a quartet of Vietnam War machines. 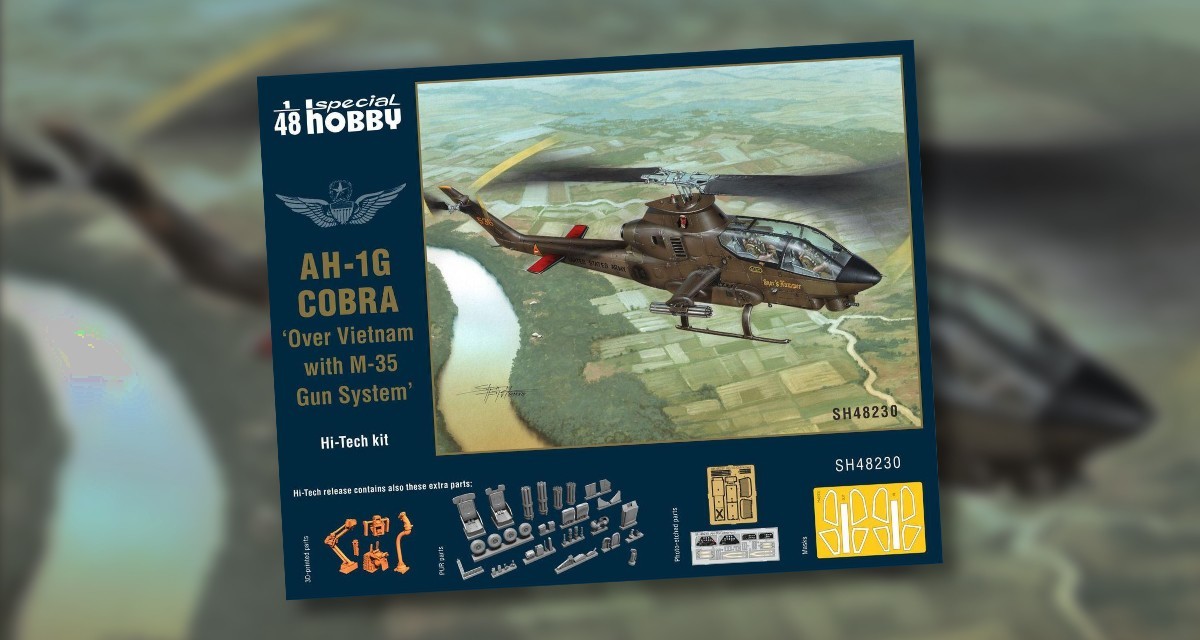 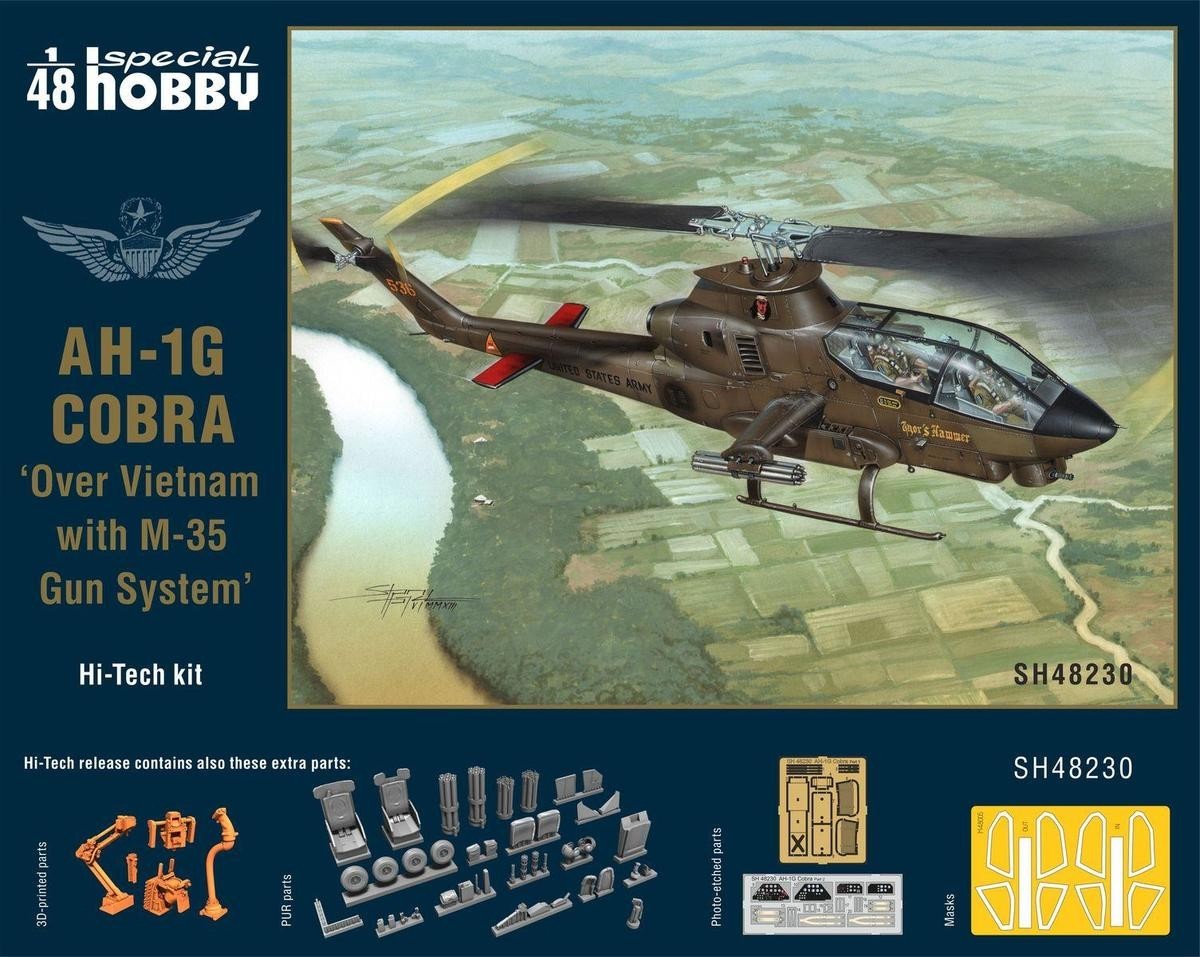 The AH-1G Cobra was the world’s first helicopter primarily designed and developed for the ground attack role. Its first combat deployment took place in Vietnam in 1967. The initial batches differed from the later ones by having their tail rotor on the port side of the fin. The AH-1G became the first member of the quite wide family of attack helicopters of which the latest versions keep flying until these days. The AH-1G fought in the Vietnam war, saw service both in the USA and Western Europe, and were also exported to several other countries – the G version went to Spanish Navy and the Israeli Air Force.

The superb quality styrene parts of the AH-1G Cobra model now come with a large amount of resin detail parts, photo etches and 3D-printed items which all extensively raise the levels of detail of the original kit, both in the cockpit and on the outside of the airframe, making the model a real gem in your collection and deserving the Hi-Tech title. The kit also contains pre-cut inside/outside canopy masks. The decal sheet offers markings for four various schemes of Vietnam-based Cobras armed with the M-35 cannon system. All of these machines wear individual names, two of them also sport a shark mouth on their fuselage.