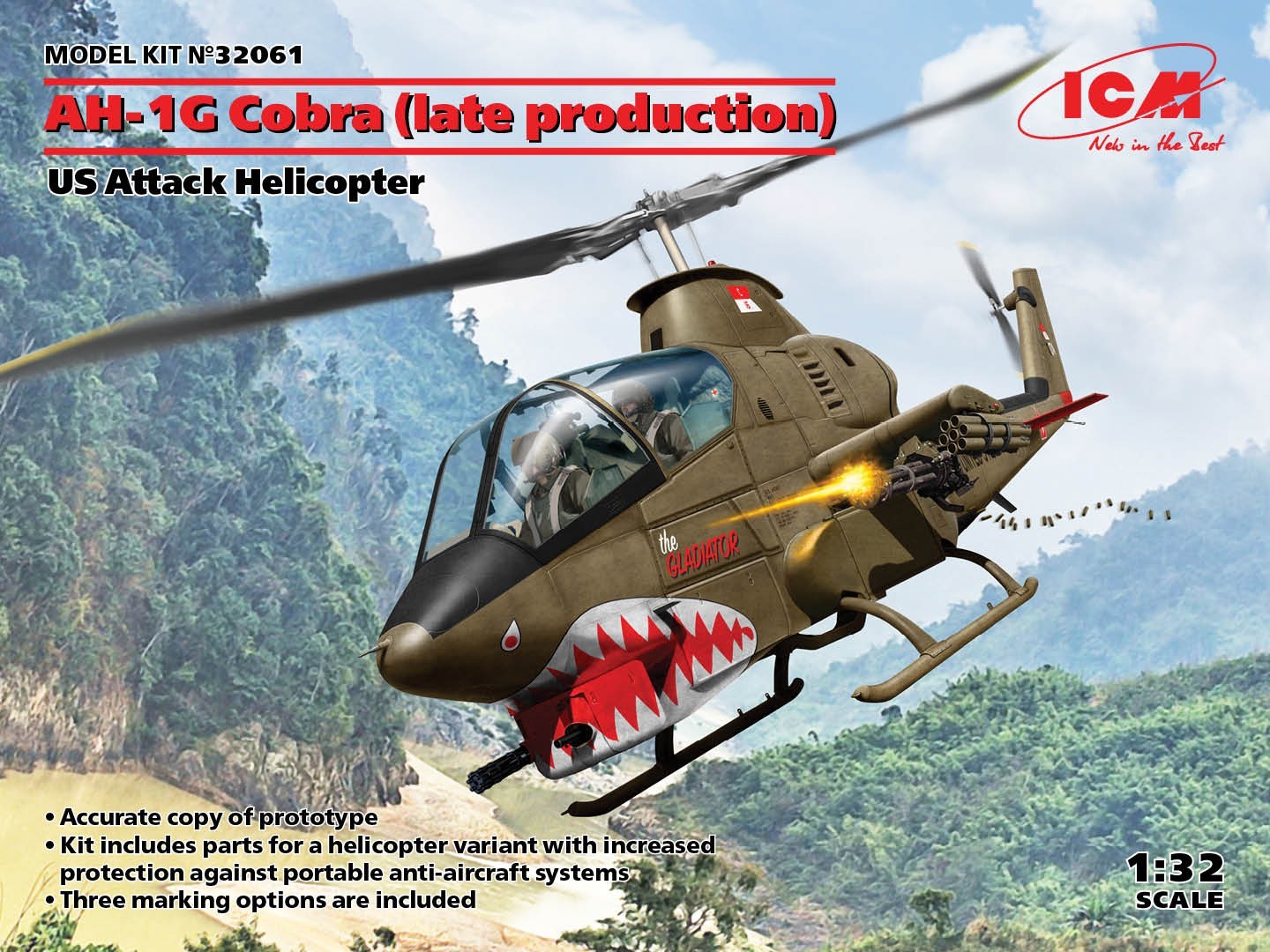 The AH-1G combat helicopter was originally conceived as a fire support helicopter. Due to its firepower, the term (Air Artillery) which appeared during the Vietnam War, was often applied to it. The main weapon mounted on a rotary turret in the nose of the helicopter was a 7.62mm six barrelled mini gun machine gun with 4,000 rounds of ammunition and an M129 40mm grenade launcher with 300 grenade ammunition, other weapons were also used.

Since 1972, the Vietnamese began to use Soviet portable Strela anti-aircraft system to combat low flying targets. They were quite successful hitting helicopters, including Cobra’s, to compete against seeker heads mounted on Strela, some helicopters were equipped with a device that diverted hot gasses up from a running engine, and this practise proved gave the desired result. To capture the helicopters modified in this way. The sensitivity of the Strela’s homing head was not enough.

During the years of the war in Southeast Asia, Cobra demonstrated excellent survivability and proved to be reliable and powerful means of air support for ground forces.

This model arrives in a flip top cardboard box with a separate card lid showing the artwork for the model. On opening you are presented with a re-sealable plastic bag with an instruction booklet containing decals for the model. There are some flow lines on the larger mouldings, but these do not look or feel to have marred the finish of the mouldings concerned. There is no flash present anywhere on the model, and even the seams lines are very light and should be easily dealt with. All of the parts look to be easily accessed where removal is concerned, with care being needed on the really fine parts offered in order to avoid damage.

Looking over the cockpit of the cobra offering from ICM is again a positive experience where the late cobra G is concerned. The seats are correct but surprise no harness detail, something ICM really need to address in these large scale models. The instrument panels are very well done with the pilots console now having the ashtray present on the right side blanked off. The gunner in the front does not get such a well equipped instrument display. ICM has provided decals for the instrument panels, but I am sure Eduard and the like will release alternatives soon. Control wise everything appears to be correct and so all told a well done cockpit bar the missing harness details. Of course there is plenty of scope for the modeller to dress things up as no all plastic cockpit can capture and present all of the detail present in the real aircraft.

Moving to the power for the model and I am surprised that ICM has not included a full engine, which is very odd where ICM is concerned; however looking at what is provided and you get the gearbox and the rotor controls, detail is a little thin on the ground here and I think the reason may be that even though I have a far reference on the cobra family and Google has a wider scope finding decent pictures is like hunting for chicken’s teeth. You will need to add extra detail in this area of the model to dress it up, but finding the needed information could prove a hard task. The main rotor blades are made of an upper and lower moulding that may make a good join hard to obtain.

The fuselage of the model has a separate tail and belly and I believe this is due to the need to alter the model for alternate releases and having maximum use of the current mouldings. The surface detail has a good level of detail offering raised rivet detail and recessed panel lines; the raised detail is over scale I feel, but the detail would be all but invisible in real life and would also get complaints. There is a separate tail for the version with the tail rotor on the opposite face the reason for it and as I said earlier is for alternate kit releases. The belly of the aircraft is in three pieces and so may cause some issues when trying to get a clean fit. The nose of the model a solid nose and is the way to go on this release.

The skids for the cobra are correct, just make sure you use the set indicated. A nice touch by ICM sees the inclusion of the wheel sets used for moving the aircraft around on the ground and the towing assembly is also provided. The glazing is very well tackled as regards its thickness and you have the option of finishing the model with the access windows open or closed. I am also pleased to see ICM includes a mask template for the large glazed area of the model.

The offensive weaponry is another area where you need to decide which way you are going to go as regards the stub wings weapon load. The chin turret has the twin weapons stations using the M28 turret with twin stations. The weapon mounted in the single turret was a GAU-2B/A Mini gun and paired with an M-129 40mm grenade launcher in the twin turret. On the stub wings there are four weapons stations that can be used for a huge mix of weapons over the service life of the Cobra and ICM has provided four very good options for a cobra of this period, I do feel that the Mini Guns offered in the release need some help where the barrels are concerned. You have the options of:

Three finishing options have been provided for this model which are as follows:

This 1/32nd scale AH-1G Cobra Late Production from ICM is the second helicopter in the cobra line offered to the modeller, and continues to sell well to me in what it offers. The moulding quality of the offering is of a high standard and gets ticks all round from me. It is for the content that I knock points off of them due to the lack of harness detail that in a model of this scale with such a large glazed area has to be present. The weapons options and the attention to surface detail is good, but all of the mini guns need some help. I am sure there are some areas I have missed that the purist will pick up on and point out, but for me I would look for some cockpit detailing set and be happy with the rest. Some have complained about the scale of 1/32nd, but this does seem a common scale especially where aircraft are concerned. 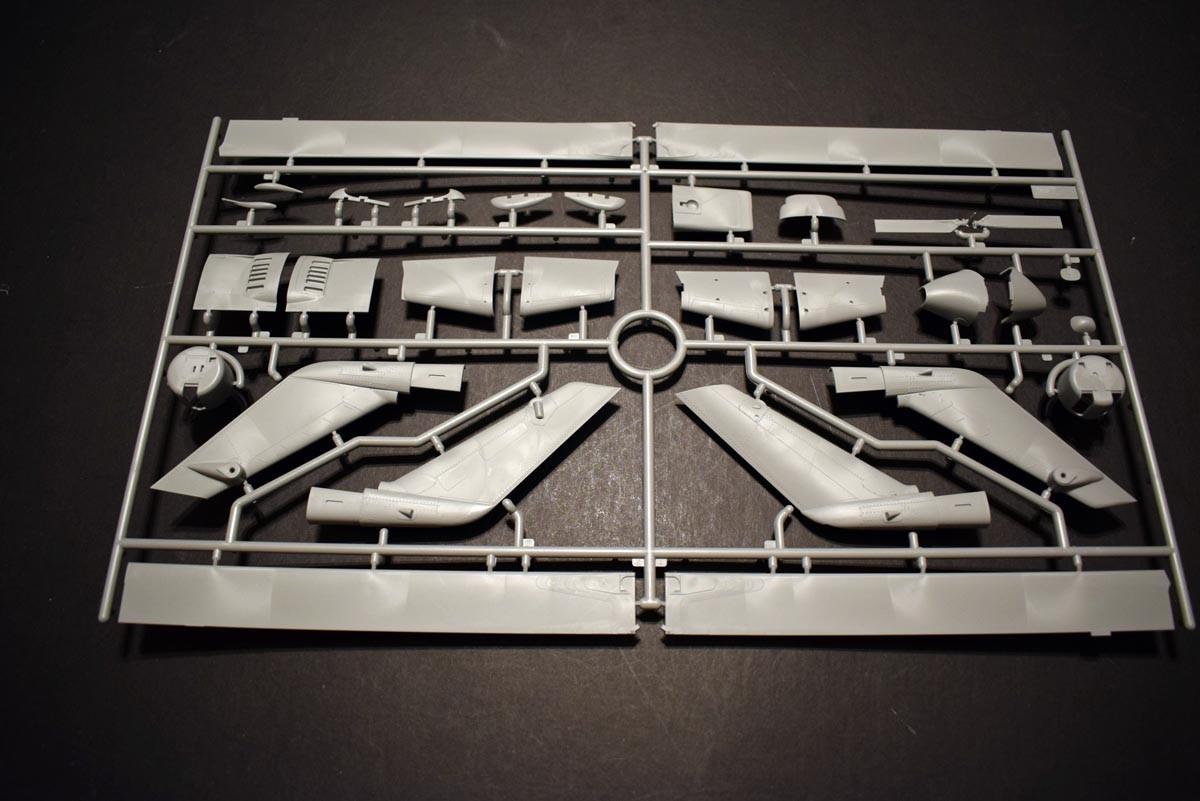 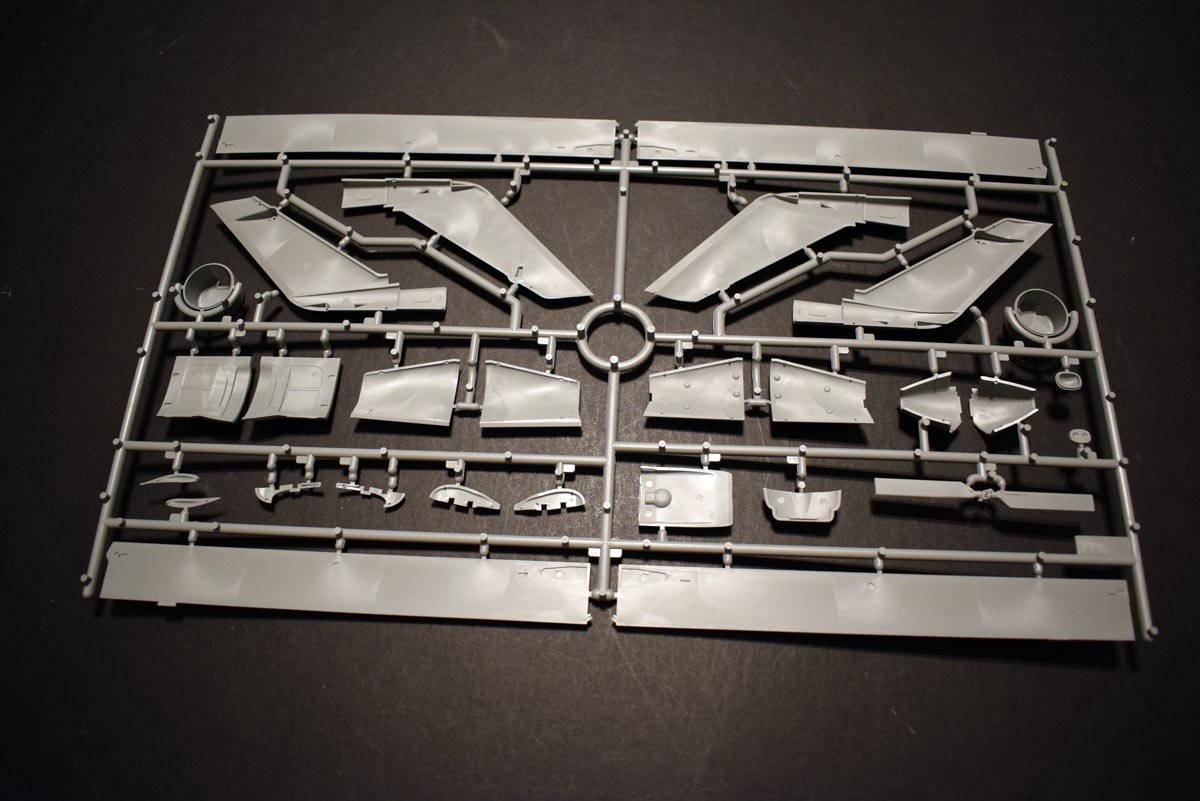 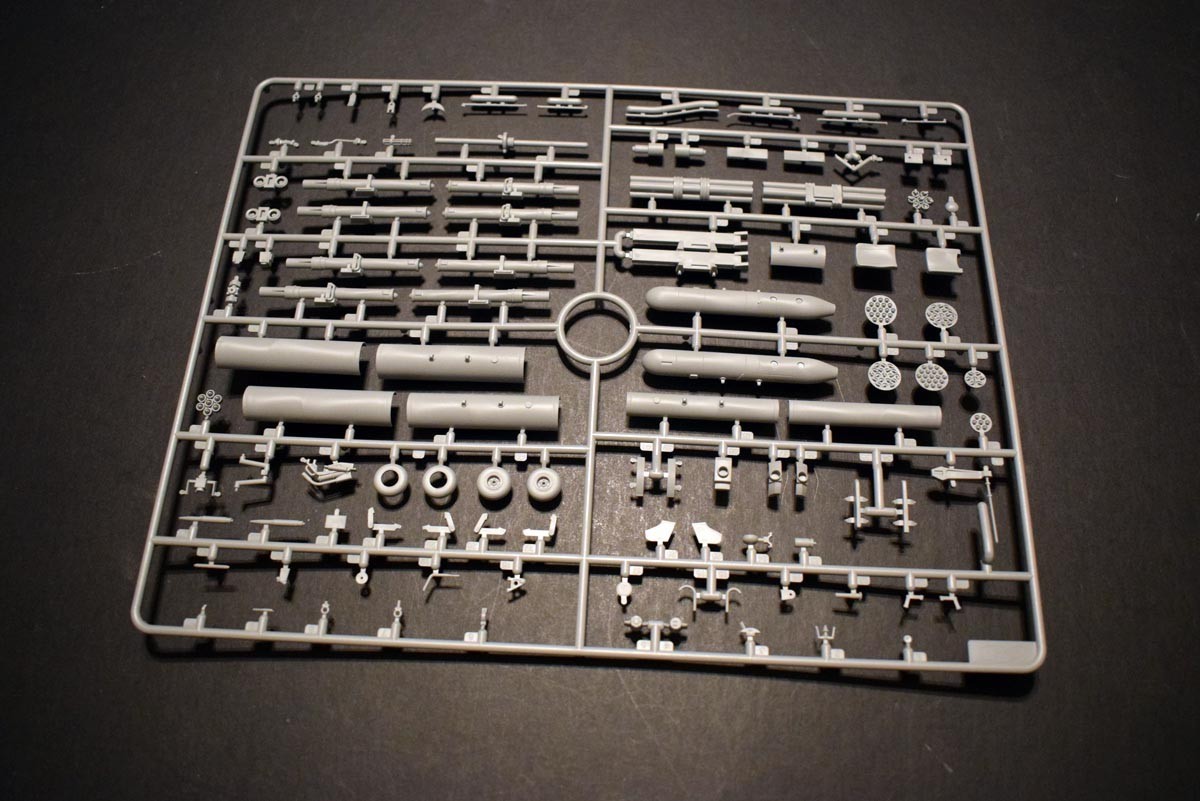 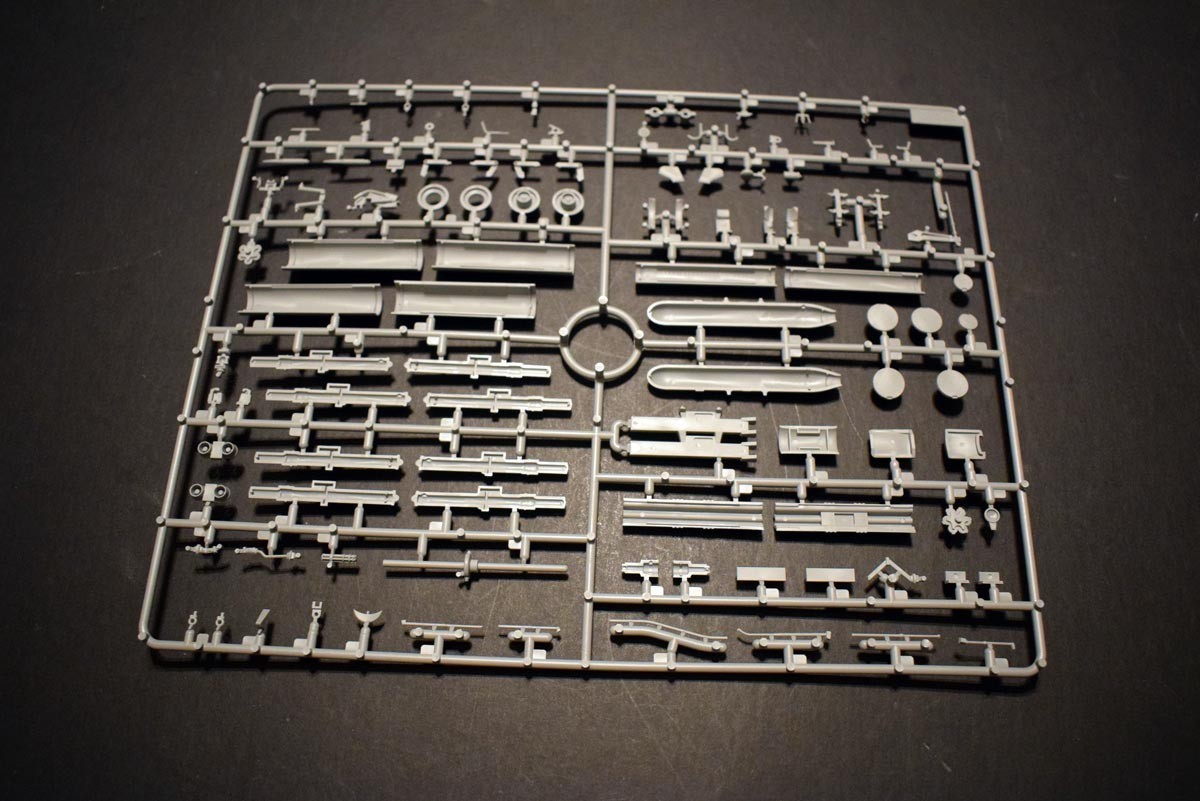 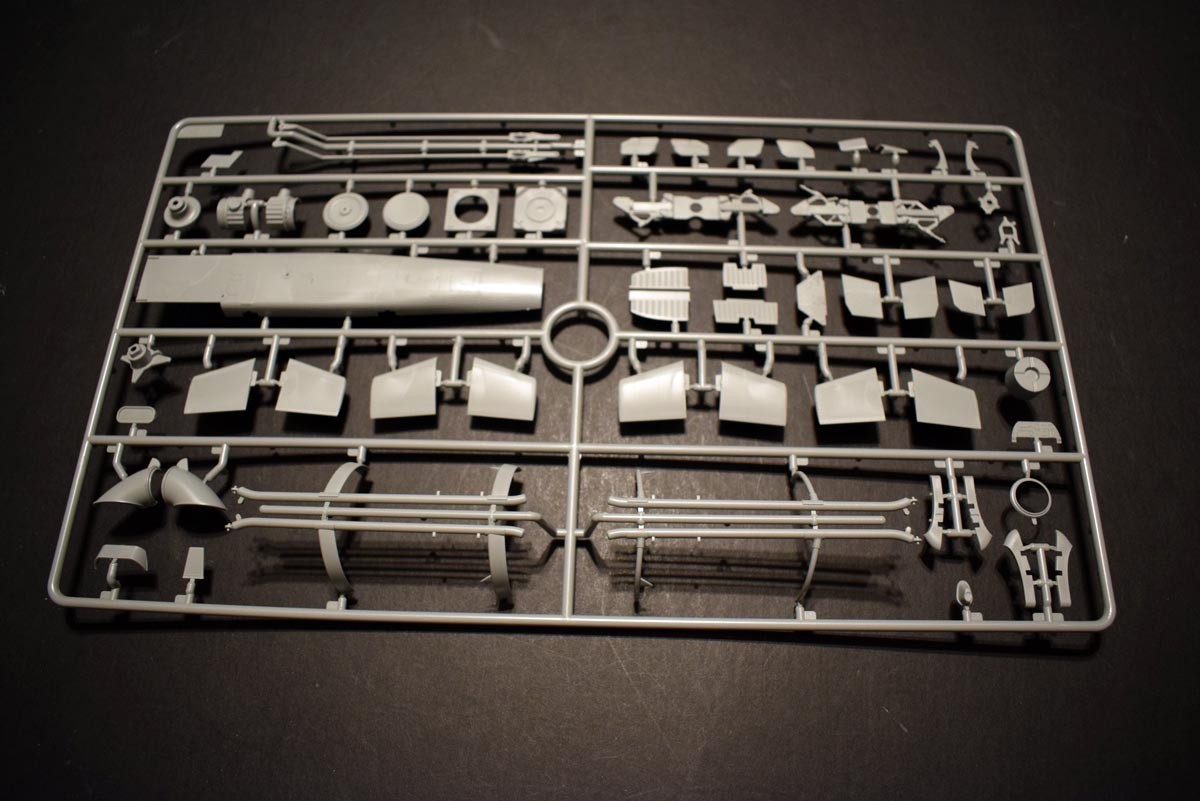 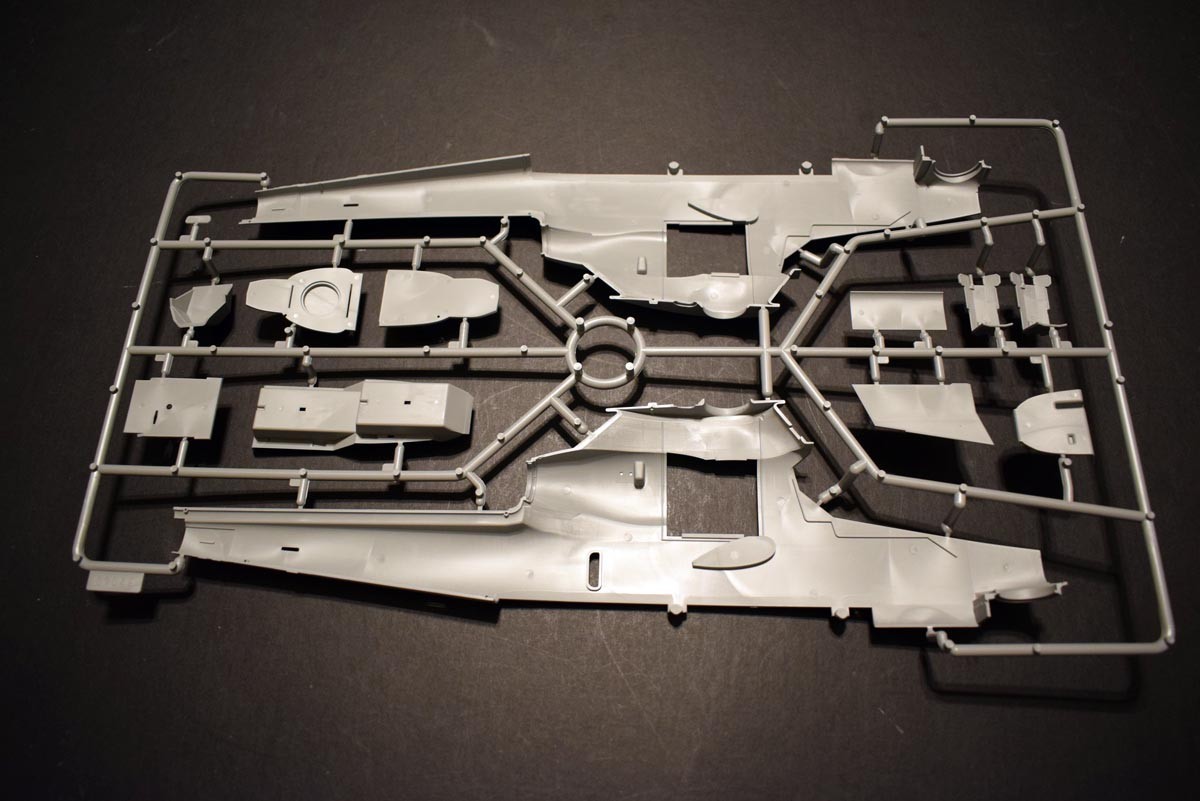 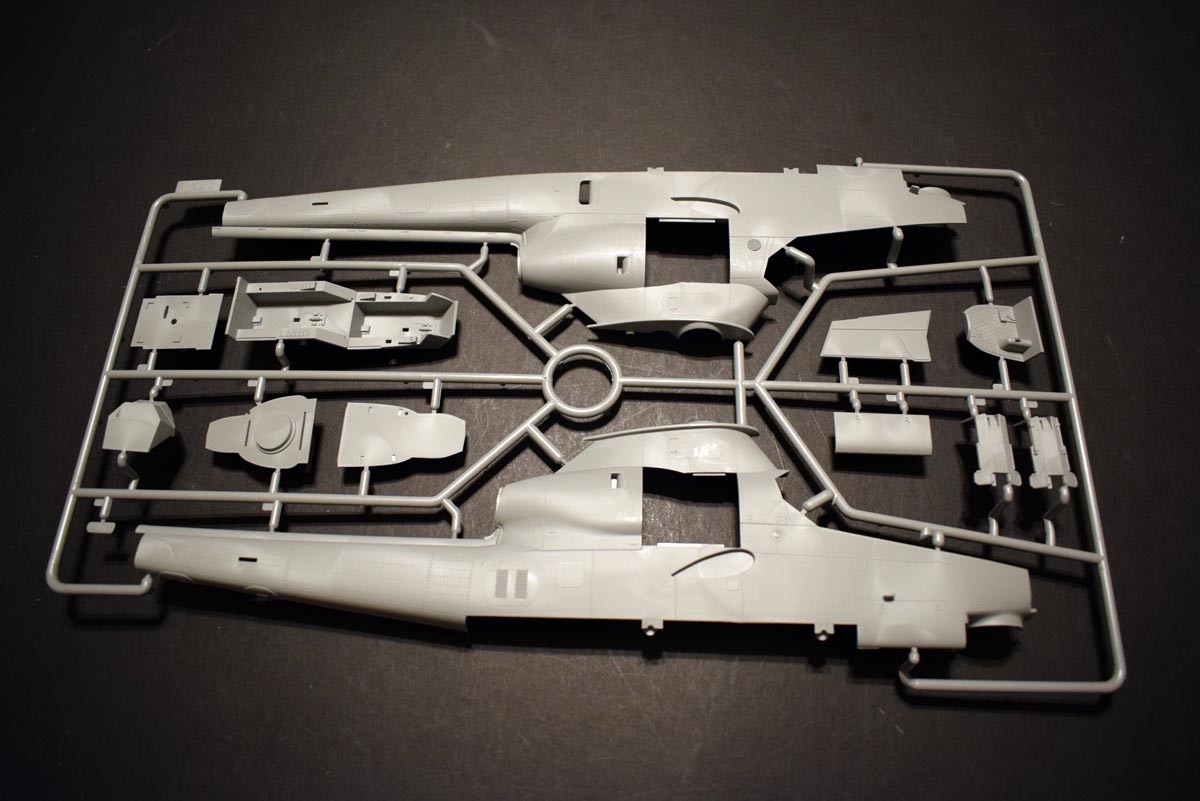 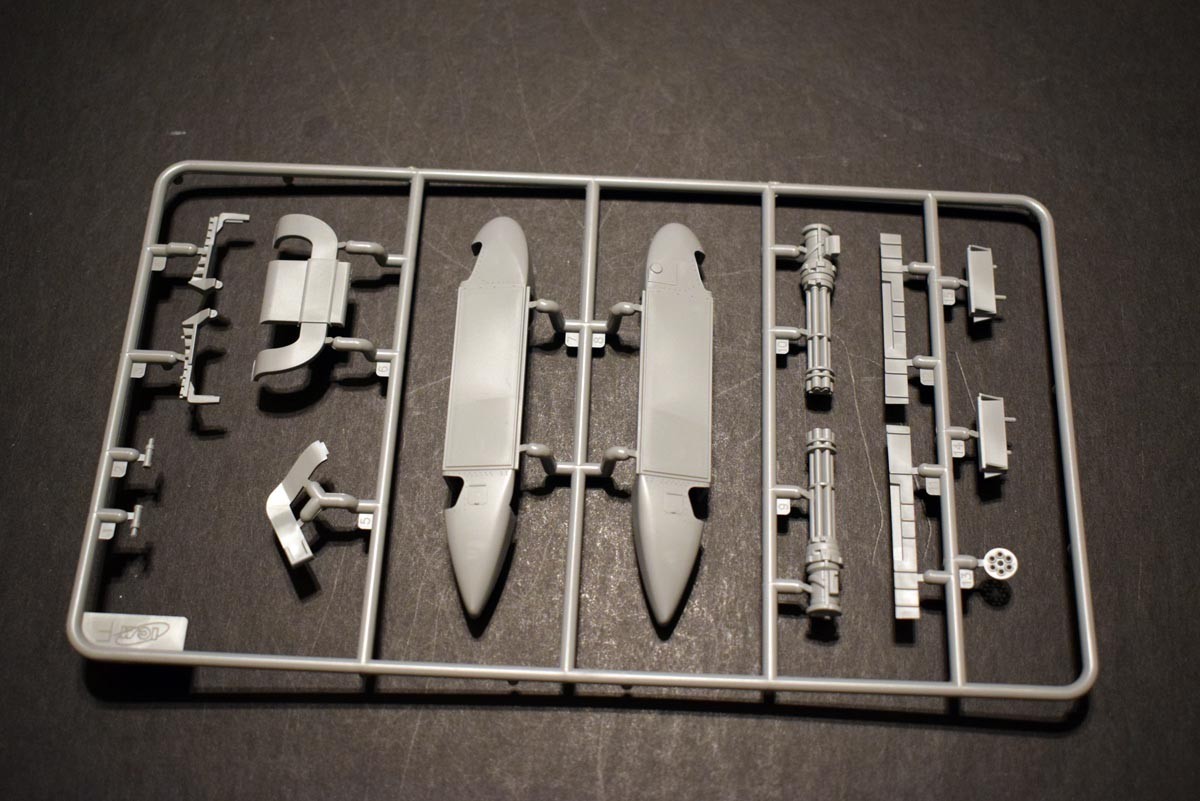 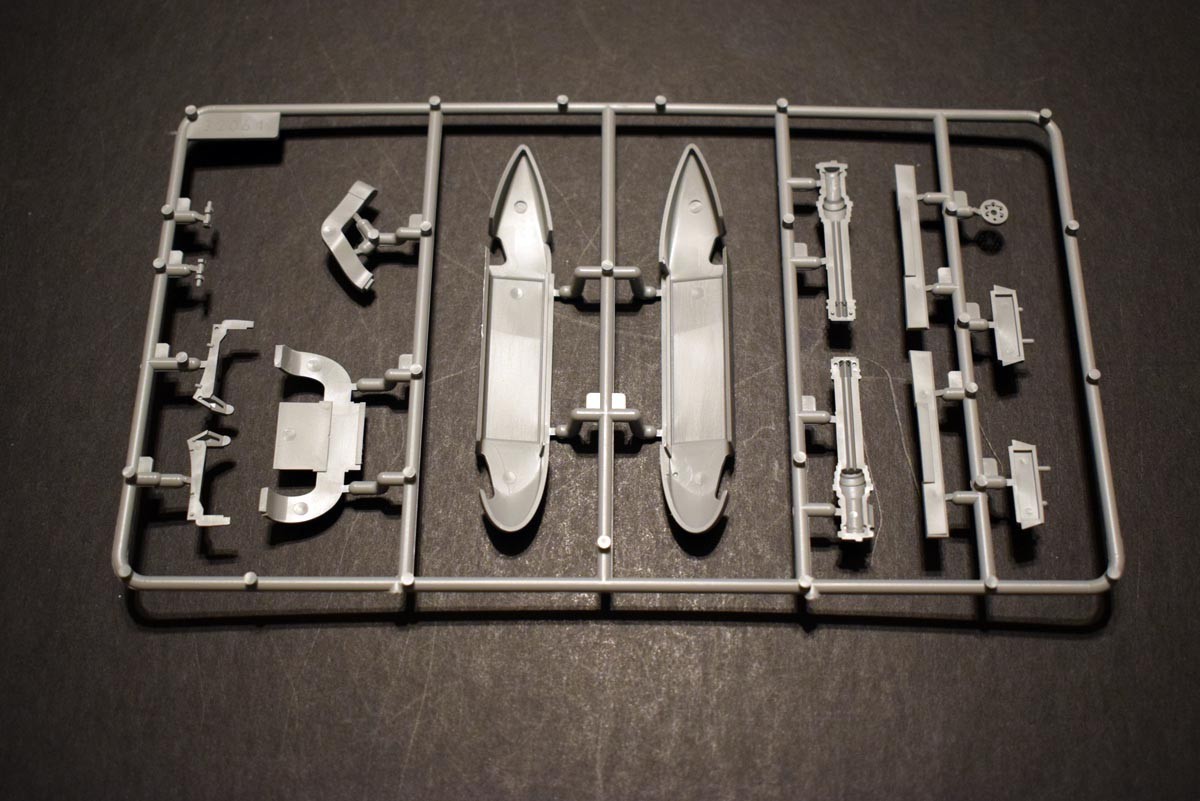 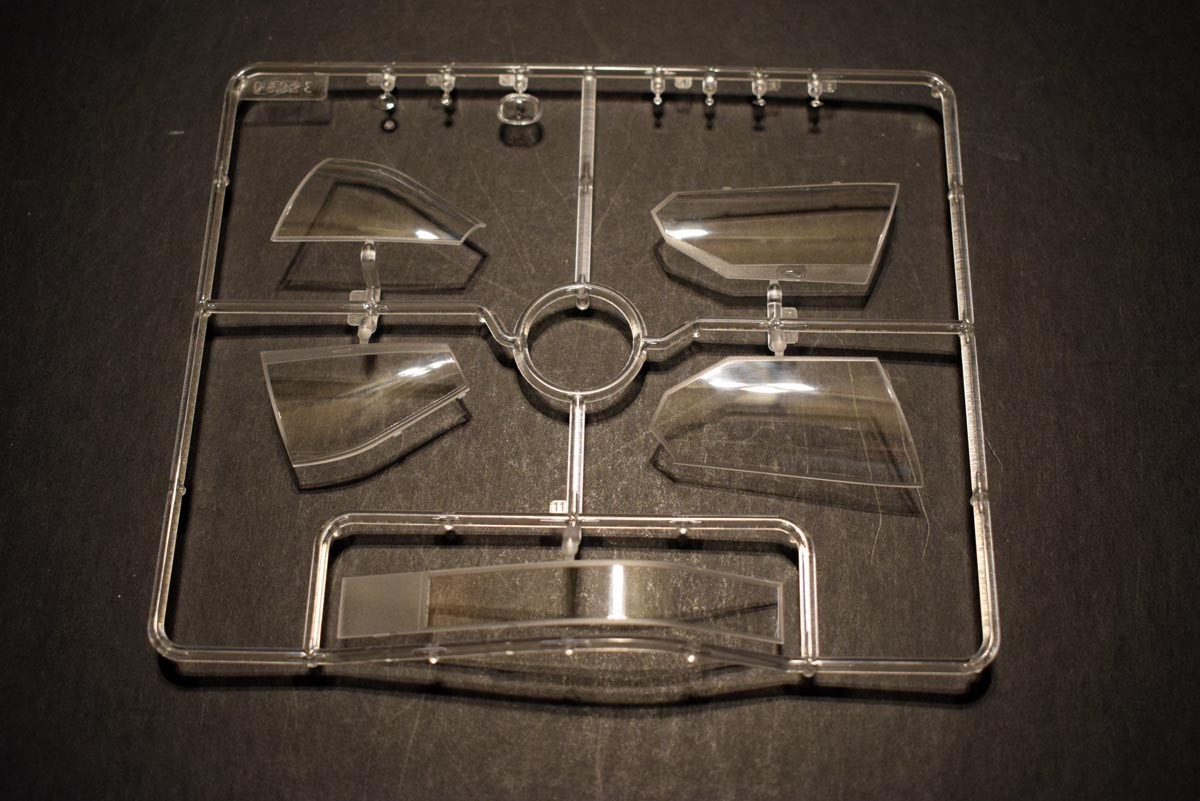 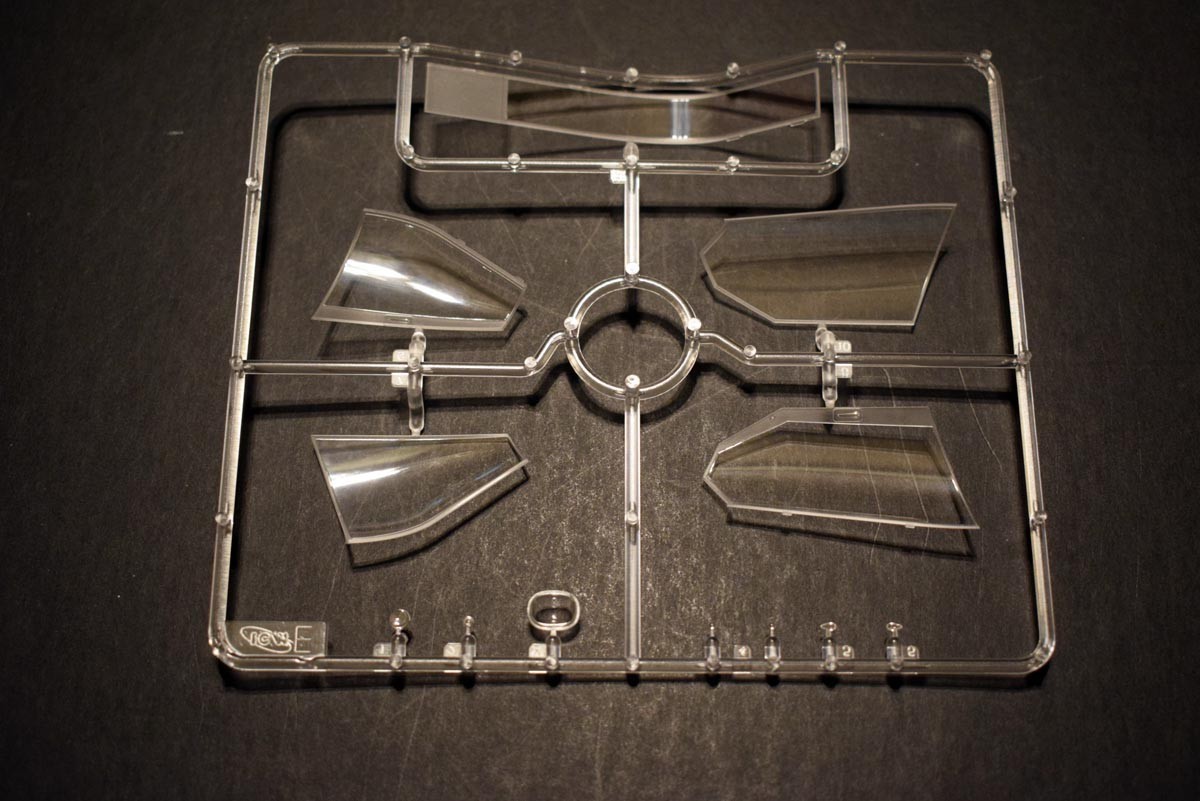 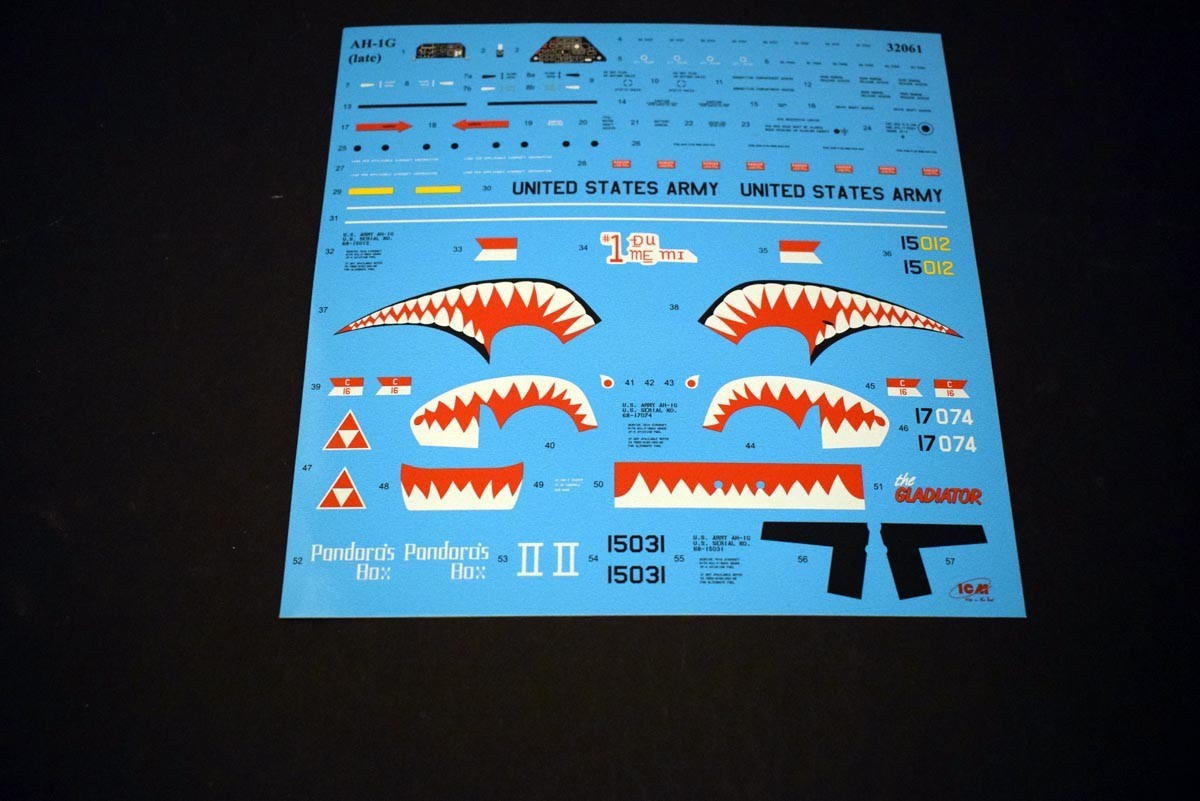