Darren Baker
Editor
posted on 1 year ago — updated on 11 months ago
995
views
Darren Baker takes a look at a title from Pen and Sword as part of their Flight Craft series on the A6M Mitsubishi Zero. 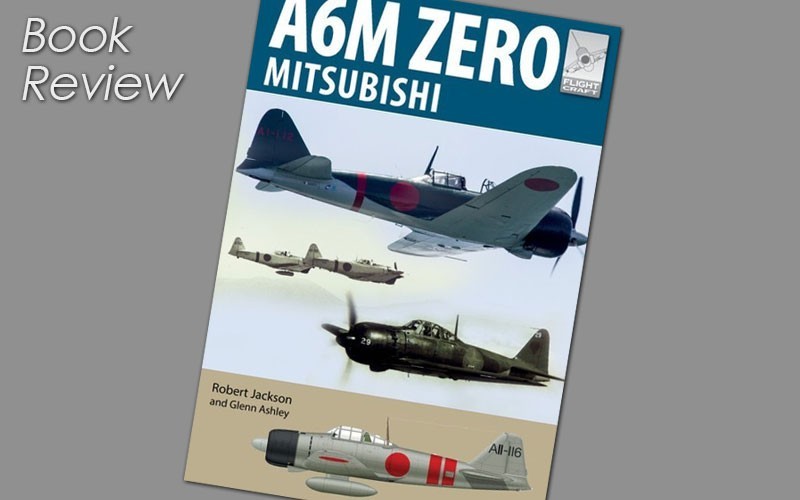 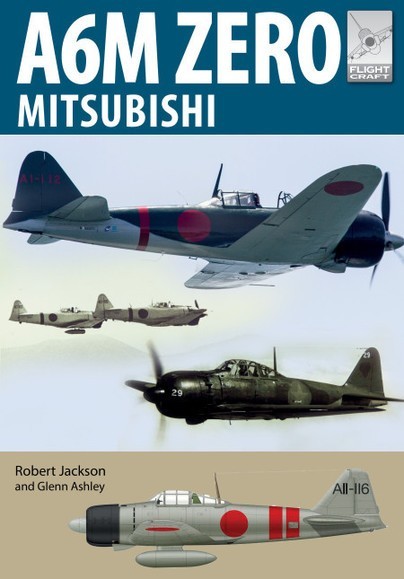 The following portion of thisintroduction is as supplied by Pen and Sword:

The quality of Japanese aircraft came as anunpleasant surprise to the Allies at the outbreak of the Pacific War, and itwas personified in one type, the Mitsubishi A6M Zero.

One of the finest aircraft of all time, the Mitsubishi A6M Reisen (Zero fighter) first flew on 1 April 1939. It soon showed itself to be clearly superior to any fighter the Allies could put into the air in the early stages of the Pacific campaign. Armed with two 20mm cannon and two 7.7mm machine-guns, it was highly manoeuvrable and structurally very strong, despite being lightweight.

Instead of being built in several separate units, the Zero was revolutionary in that it was constructed in two pieces. The engine, cockpit and forward fuselage combined with the wings to form one rigid unit; the second part comprised the rear fuselage and the tail. The two units were joined by a ring of 80 bolts. Although the Mitsubishi Zero had some serious drawbacks in combat, the greatest of which was its inability to absorb punishment because of its lack of self-sealing fuel tanks and armour plating, its greatest assets were its manoeuvrability and its long range.

In 1942 the Americans allocated the code-name Zeke to the A6M, but as time went by the name Zero came into general use. During the first months of the Pacific War, the Zeros carved out an impressive combat record. For example, in the battle for Java alone, which ended on 8 March 1942, they destroyed 550 Allied aircraft. As the war progressed, however, the Zero gradually came to be outclassed by American fighters such as the Grumman F6F Wildcat and Vought Corsair. In the latter months, many were fitted with bombs and expended in Kamikaze suicide attacks.

This book provides a perfect introduction to the design and combat career of a fighter that made history. Why was the Zero conceived? What was it like to fly in combat? How did it compare with Allied types? Who were the engineers and designers who brought it to fruition and the pilots who became aces while flying it? Here is a feast for the modeller, with a wealth of technical information, photographs and colour profiles.

This offering from Pen and Sword is part of a series titled Flight Craft. This offering is authored by Robert Jackson; Robert Jackson is a prolific writer and has authored a good number of books cover both air and ground power and also covered jets within those titles. The book is a soft backed offering with a stiff card that offers a reasonable level of protection to the contents. The contents themselves consist of 96 pages of gloss paper that present both text and photographs in a clear and well detailed manner.

The contents of this offering breakdown as follows:

The aim of this series from Pen and Sword is I believe an effort to provide the modeller with a background to the models that they build and the kits available at the time of publication. The Mitsubishi Zero started the fight as a top dog, but unlike the Americans and their Allies further development never kept pace and was well outclassed as war progressed and of course the quality of their pilots dropped due to losses.

The book itself begins with a look at the with a brief history of Japan’s foray in navel aviation with the purchase of aircraft during the early 1900’sand a steady increase in those numbers. The aircraft Japan used and for that matter produced were based heavily on American and European aircraft. The early1920’s saw Japan’s Aircraft industry grow with Kawasaki, Mitsubishi and Nakejima leading the field.

The story of the Zero is covered next and I have to say quite well from a restricted page count point of view. The story is an informative read and the mix of images taken by both sides of the conflict with their short concise captions are a pleasing mix. The period photographs are a mix as regards quality, but they do the job the author intended; I would have liked a little more background in the captions for the images but that does not detract from the title.

The drawn profiles covering the zero are well done and I like that some cover finishes that are not  the usual fair; These finishes will give the Zero in anyone's collection a different look, but the red targets are still very prominent. These images lead into the modelling section well and there is a surprising amount of information provided. I like that the author has gone a little deeper into some of the builds than was offered in the Tank Craft titles and that increases its appeal as a section and worth as a title.

This offering as part of the Flight Craft series looking at the Mitsubishi A6MZero does a surprisingly good job with the amount of information it provides both in written and visual terms. I thoroughly enjoyed what was offered here and found some things very interesting and informative; the colour prints are a great mix with great reference value. The aspect of this title which I greatly appreciate is that the text covering the aircraft is not split by the graphic and modelling sections and I feel this allows the book a better flow for the reader.