Litespeed
Editor
posted on 2 months ago
692
views
Takom is planning to release a couple a P Class and a Q Class Zepplin Airship in 1:350 scale 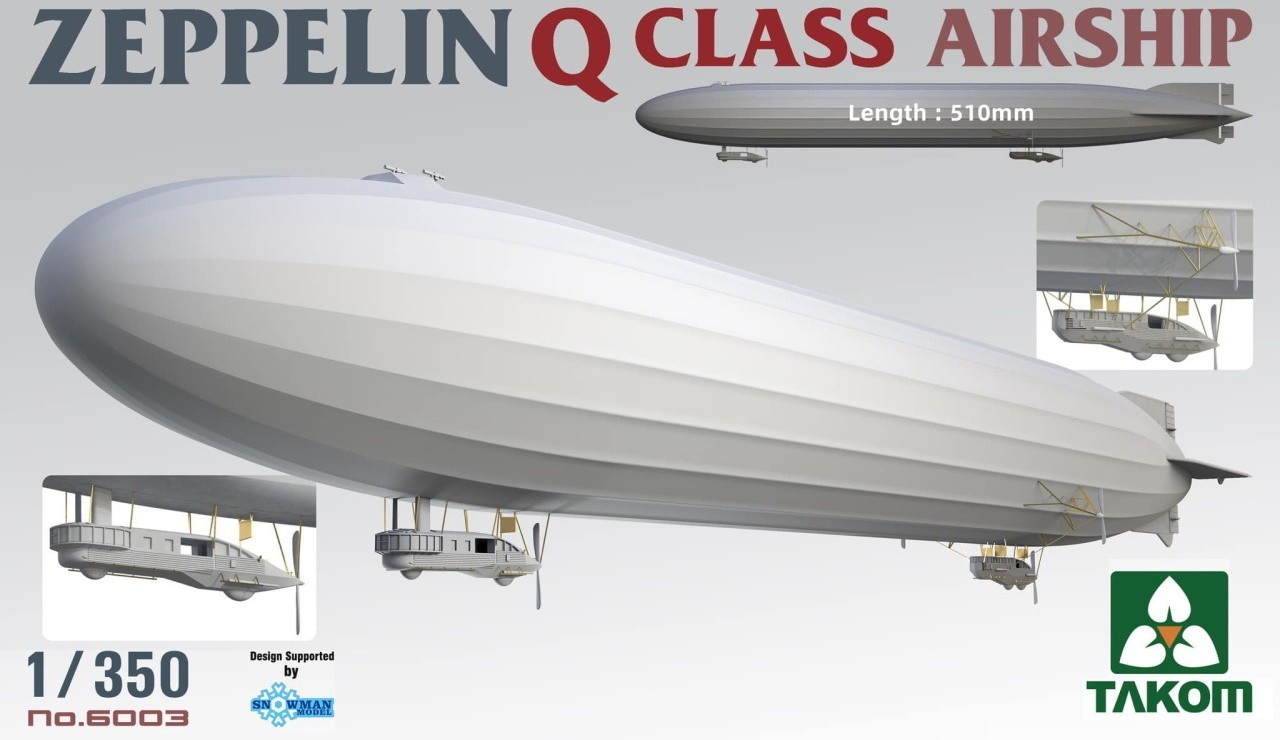 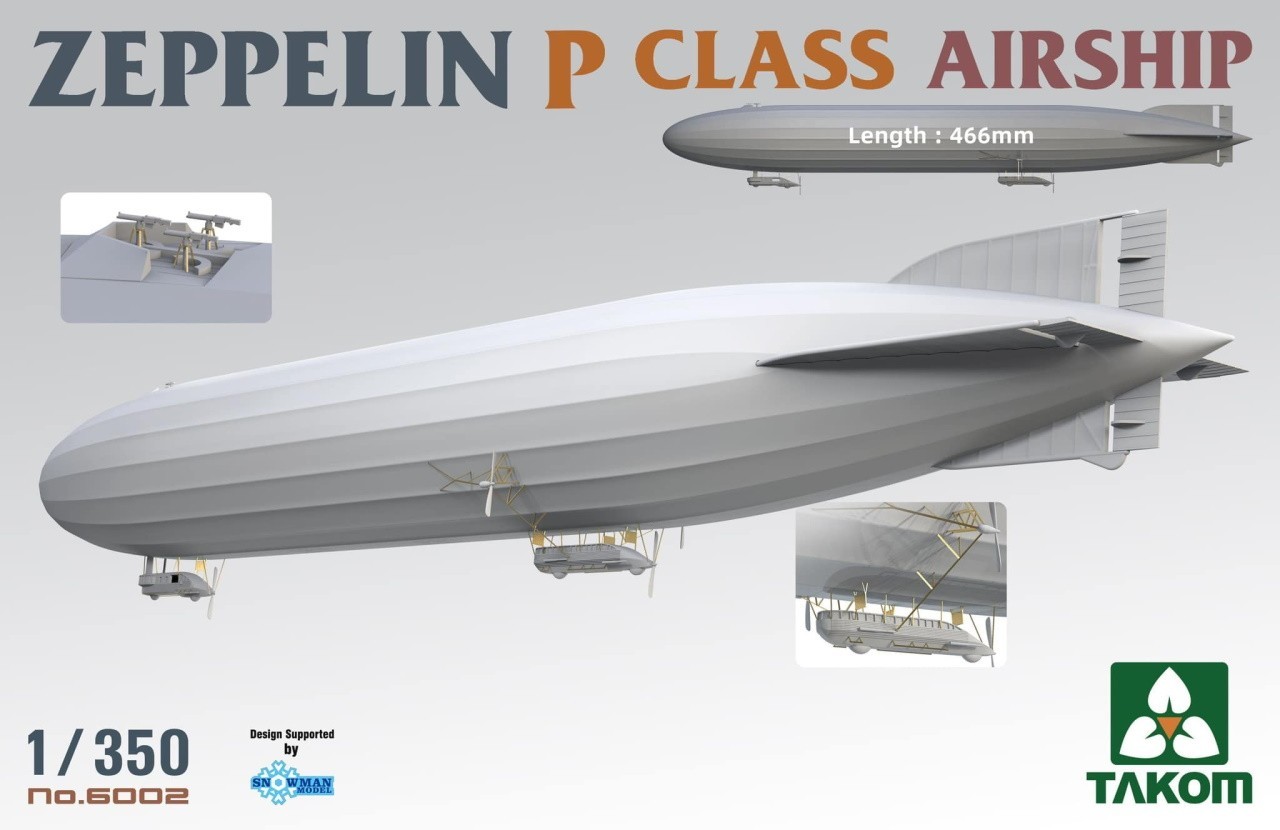 The Zeppelin P Class was the first Zeppelin airship type to be produced in quantity after the outbreak of the First World War. 22 of the type were built as well as 12 of a lengthened version, the Q Class . They were used for many of the airship bombing raids on the United Kingdom in 1915-16,for naval patrol work over the North Sea and Baltic and were also deployed on the eastern and south-eastern fronts.

Thanks to David Myres [Klaus-Adler] for spotting this one. 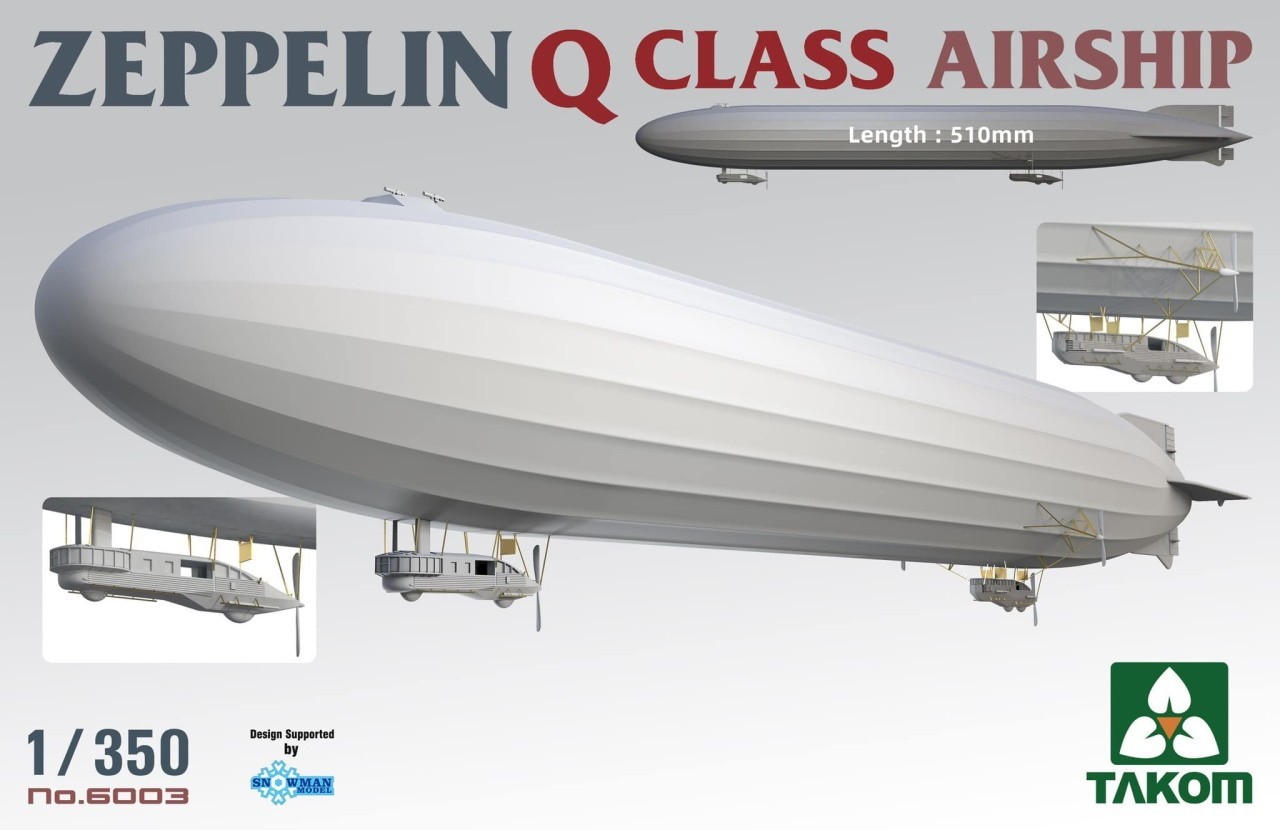