The workhorse of Helmond 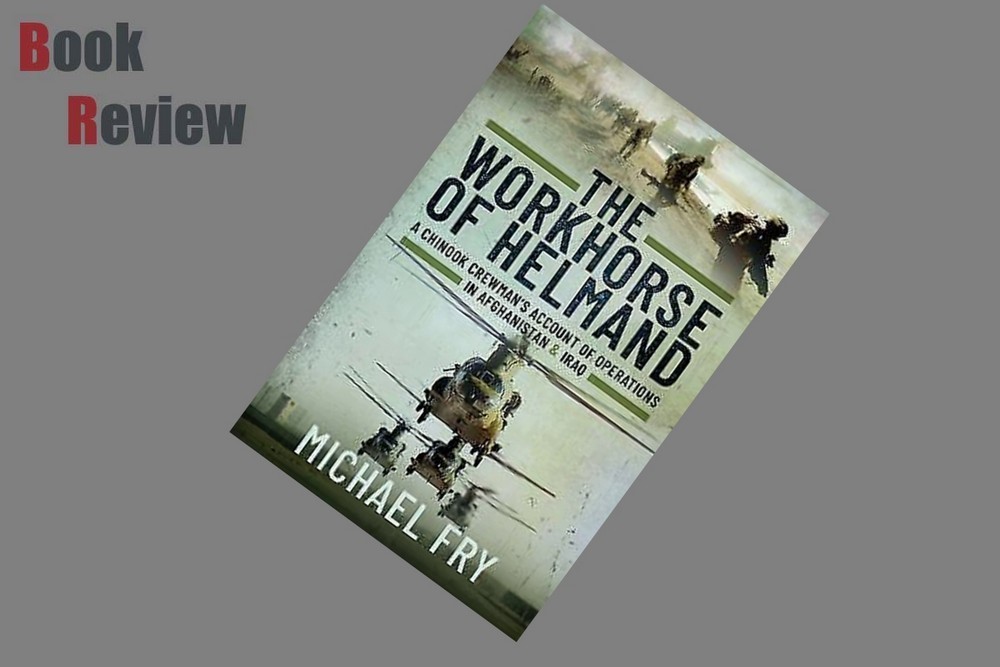 The Boeing Chinook is a large, tandem-rotor helicopter operated by the Royal Air Force (RAF). A series of variants based on the United States Army's Boeing CH-47 Chinook, the RAF Chinook fleet is the largest outside the United States. RAF Chinooks have seen extensive service in the Falklands War, the Balkans, Northern Ireland, Iraq, and Afghanistan.

The Chinook, normally based at RAF Odiham in England, provides heavy-lift support and transport across all branches of the British armed forces. The RAF has a total of sixty Chinooks in active inventory as of 2015. In 2018, the UK issued a request to the United States to purchase sixteen additional aircraft. The Chinook is expected to remain in RAF service until the 2040s.

The Chinook became a vital transit tool during the 1991 Gulf War in Iraq. They were used for moving troops into the region at the start of the conflict; a Chinook was used on 22 January 1991 to transport a Special Air Service (SAS) patrol on the infamous Bravo Two Zero mission. In the aftermath of the conflict as many as nine British Chinooks delivered food and supplies to thousands of Kurdish refugees from Iraq.

Chinook helicopters have been relied upon heavily to support the British forces in Afghanistan continuously since the start of the war in Afghanistan in 2001; Operation Snipe saw the helicopters used to assist the 1,000 British Commandos sweeping a region of southeastern Afghanistan. Due to the threat of improvised explosive devices (IEDs) scattered throughout the terrain by insurgents, transport helicopters have become highly valued and demanded units in this style of warfare. By April 2006, six Chinooks had been deployed by C-17A Globemaster III transport aircraft to Kandahar in Southern Afghanistan, in support of Operation Herrick. Two RAF Chinooks were lost in August 2009 during combat operations with the Taliban, one of which was brought down by the enemy fire, despite warnings months before of Taliban plans to attack the helicopters.

The continued operation of the fleet was made more cost-effective when maintenance and support regimes were altered in 2006 and 2007. On 15 December 2009, the British government announced its Future Helicopter Strategy including the purchase of twenty-four new build Chinooks, twenty-two to expand the force and two to replace losses in Afghanistan, to be delivered to the RAF from 2012. The number of additional Chinooks was cut by twelve in the Strategic Defense and Security Review 2010. This brought the total fleet size to sixty aircraft; as of 2009, the RAF had forty-eight Chinooks in inventory.

The author Michael Fry was born in New Zealand but bought up in the UK. He joined the RAF in 1988 serving in Germany and Cyprus. In 1999 he converted to the rotary wing at Odiham, the home of the UK Chinook Force.

After a tour in the Balkans, he was sent on exchange to Australia in 2001. Returning to the UK in 2002 he was deployed to HMS Illustrious in the North Arabian Sea before moving to Bagram supporting the 3 Commando Brigade.

Over the next ten years he saw repeated action flying in Chinooks, the most targeted of all aircraft, in Afghanistan and Iraq

Since retiring from the RAF in 2011 Mick held a range of senior commercial aviation positions Worldwide. He has a master’s degree from the City University London and now lives in Far North Queensland.

Chapter 3     A Series of Strange Events

Chapter 6     Without firing a Shot

Chapter 14    A brief Glimmer of Normality

This book is very similar to a couple of books that I have read and done a review on, starting with the Author Michael Fry moving home, which tells of how he and the rest of the crew were being deployed on the Royal Navy ship HMS Ocean. where he and the rest of the crew start prepping the Chinook ready for flight, tonight they had several passengers grouped up around the rear by the ramp. Most were the ground crew for the Chinook and an advanced party of 45 Commando. The two Chinooks were also carrying internally two five-foot cube fuel tanks this would allow the Chinooks enough fuel to clandestinely fly to Kandahar some five hundred miles or so, that was the theory anyway.

They had left the ship and were flying over the North Arabian Sea in the pitch black the journey would take us over the northern part of the Arabian Sea making land or feet dry somewhere between Gwadar and Karachi with the HMS Ocean slowly fading into the dark.

It was shortly after 3 am as we started sneaking our way across Pakistan on our way to Bagram North of Kabul to an old Russian Airforce base. Finally at Bagram a short briefing and shown their glamorous accommodation, ‘World War 2 tents’ One part that made me laugh was when Roly Roberts a Welsh man from north Wales and extremely proud of it! Phil and Rolly disappeared with one of the engineers in a Land Rover and returned half an hour later, with the Land Rover full of the American brand-new cot beds much more comfortable and sturdier than the old rickety British versions didn’t ask how Roly and Phil acquired them, but I do believe with Roly involved suggested some form of subterfuge and probably an extremely confused American!

That evening while sat outside around our makeshift table drinking there was a whining sound which steadily increased in volume Roly shouted that sounds like a Mortar, and moments later an ear-splitting explosion a few hundred yards away. They all hit the ground as three or four more mortar rounds landed.

After arriving back at RAF Odiham, I noticed more activity than normal. I knew I had returned home to a different world!

In January 2003 they were deployed to the Iraq war so many people were sceptical about the weapons of mass destruction why did they leave Saddam Hussein in power after the first gulf war?  Why now come back at this particular time? On the 25th of September while on a routine flight known as the bus run and after having got the engineers out before leaving the base because of a smell of burning electrics. After an inspection of all the usual subjects, we were told we could take it or shut down already late it was decided to take a chance and fly the chinook halfway across Iraq Matt came on the intercom and said Mick look behind you! I immediately turned to see flames and a trail of black smoke Mick grabbed his fire extinguisher and emptied it over the fire, then a second extinguisher was used Shippers the pilot shouted I am going to land at CONDOR which was a disused Iraq airfield after landing we evacuated the passengers. A defensive area was made when a second chinook came in behind us and unloaded several soldiers.

This book is an excellent read and I could have highlighted so many pages but that would have been wrong it is such an inspiring read that you truly need to read this book for yourself and hopefully, it will take you on a journey, with laughter, fright, fear, and the loss of a long term friend and colleague.

I would highly recommend this book to all of you that love military history, or chinooks or just a really good read Michael Fry has penned a book that I truly could not put down and a testament to all those who serve in our armed forces for there courage and willingness to uphold democracy and protect our freedom of all of those oblivious to what is happening in the World. 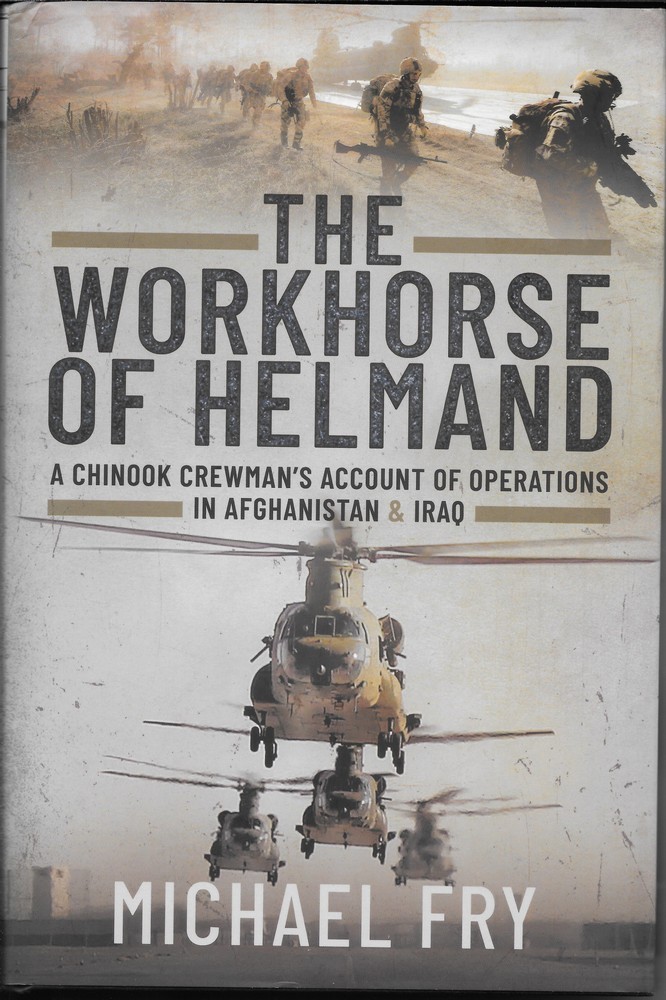 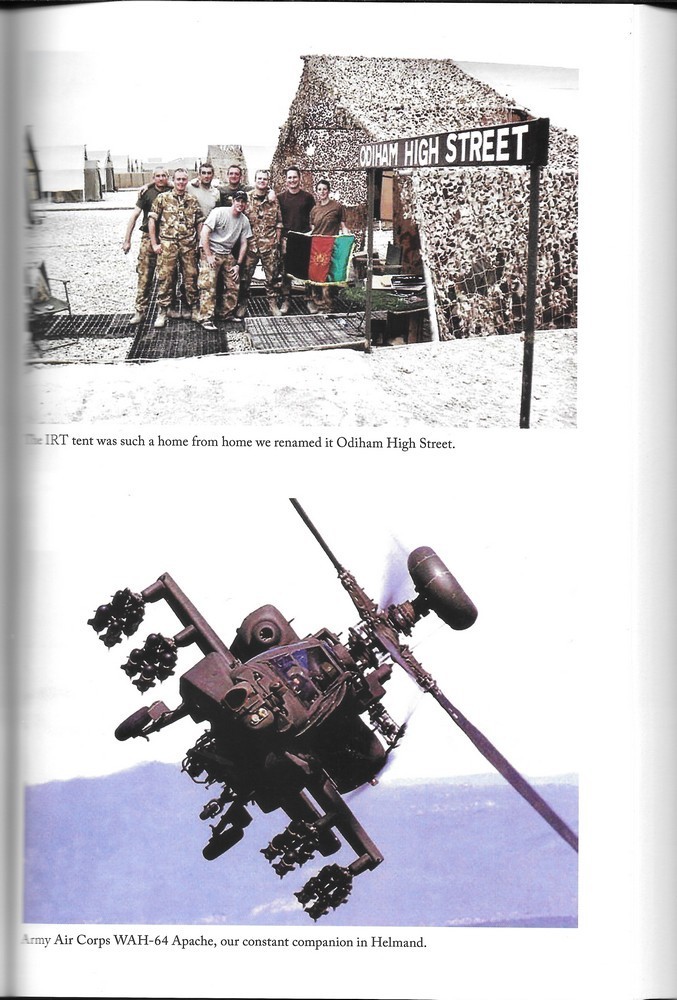 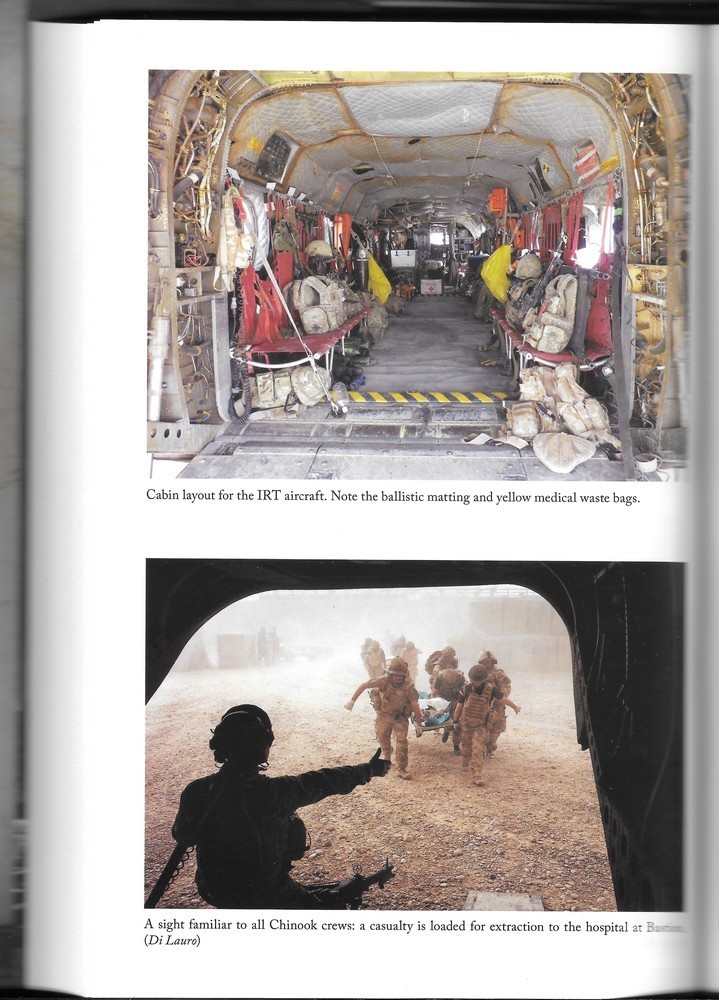 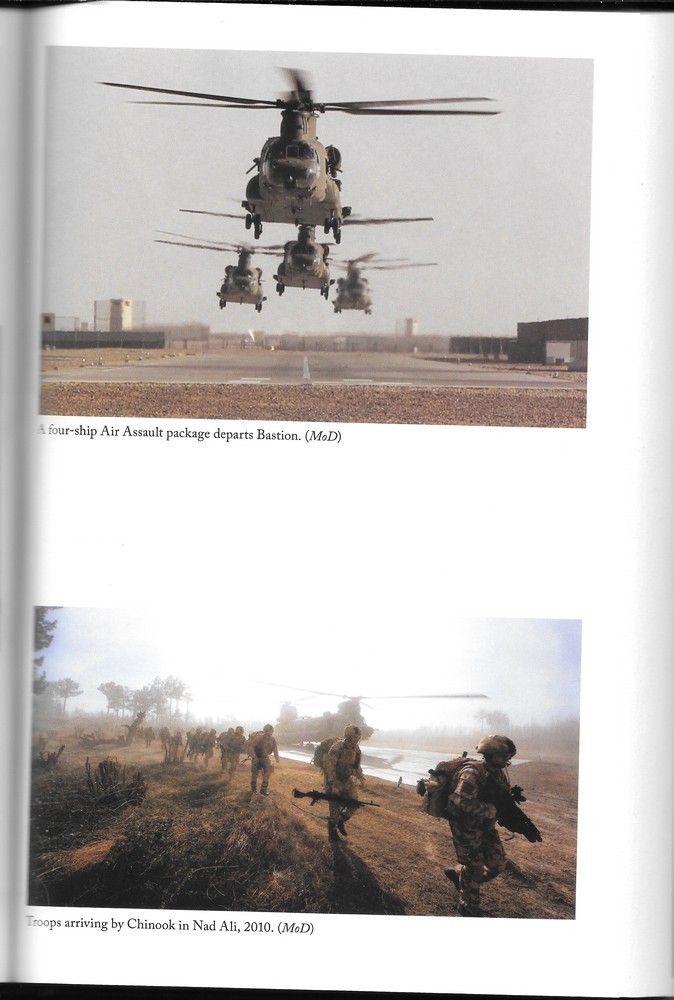 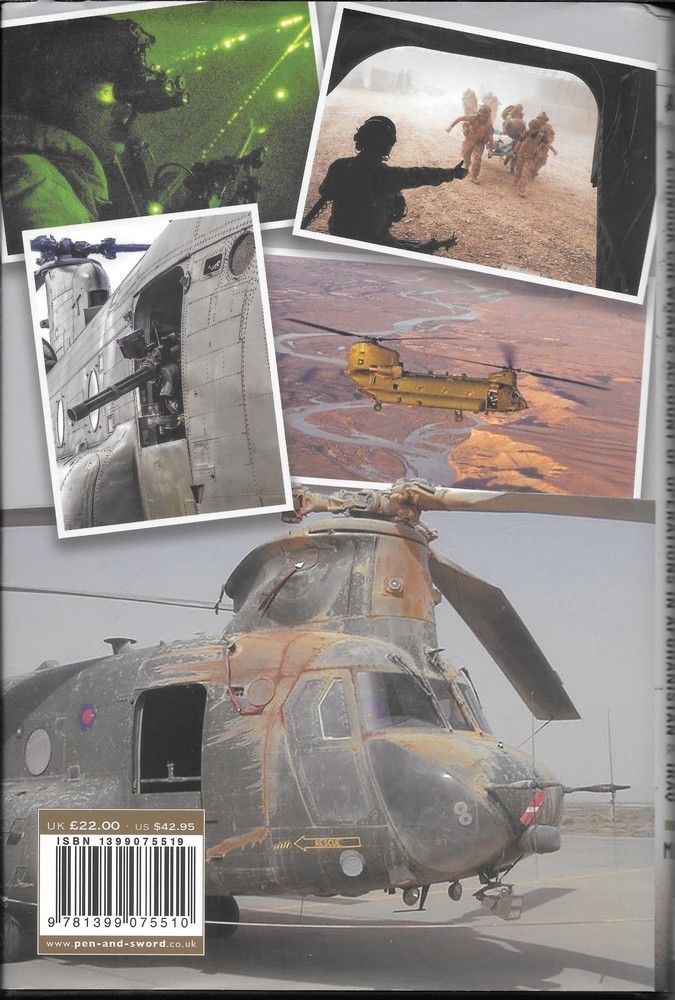