Robbo Roberts
Editor
posted on 1 week ago — updated on 4 days ago
196
views
Adie Roberts takes a look at a new book from publishers Pen & Sword to see if the famous World War 1 German fighter Ace was really as good as his reputation was, during a time of new ways to fight battles with aircraft. 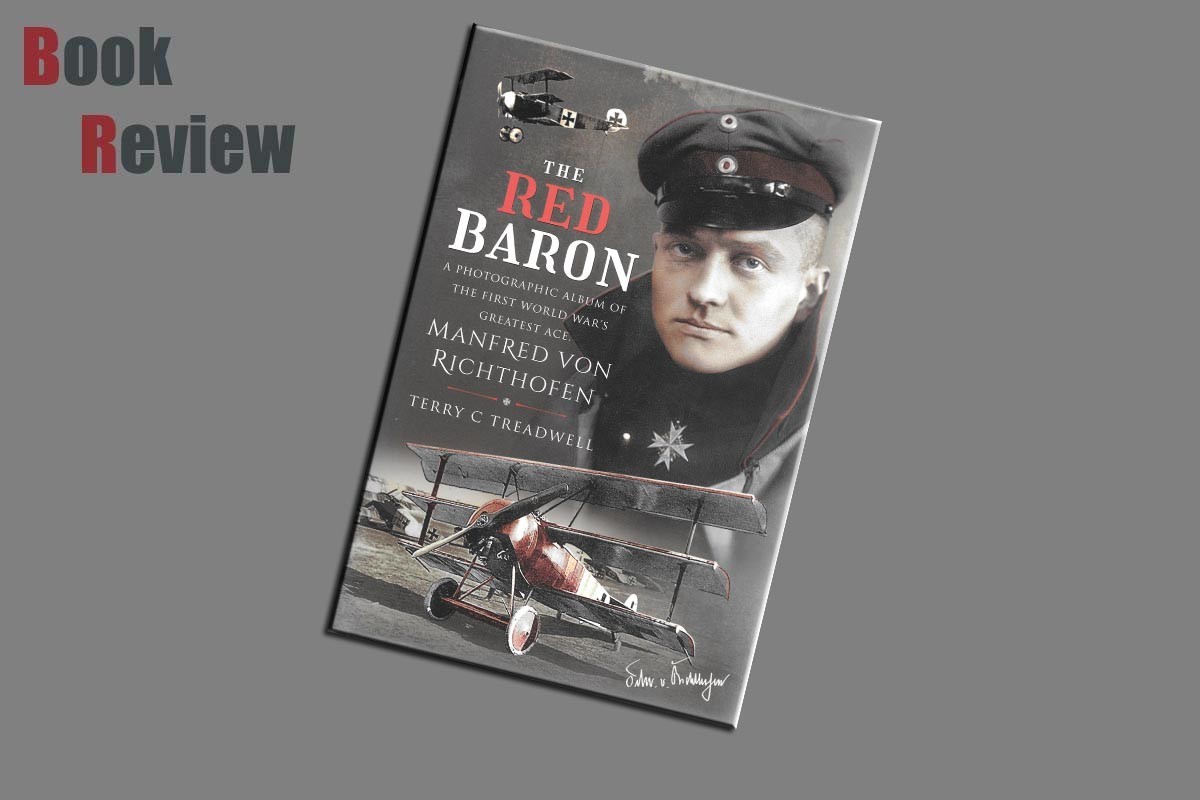 The Imperial German Army created an experimental balloon company inspired by the American balloon corps they had seen while observing the American Civil War, with varying forms of organisation from 1884 to 1901 until a Balloon Battalion was finally formed. The rapid development of aeronautics led to trials of airships and the choice of rigid types built by Zeppelin and Schutte-Lanz. The first military aircraft to be acquired by the German Army entered service in 1910 and the first five aviation battalions were established on 1 October 1913. The Imperial German Air Service (Die Fliegertruppen des Deutschen Kaiserreiches) and other branches concerned with air matters such as anti-aircraft, home defence and air intelligence were unified in the Luftstreitkräfte on 8 October 1916.

The first thing that caught my eye about this book was the dust cover with some really nice artwork on the front and, nice use of old photographs on the back.

Of the millions of Germans who died in the First World War, just under 7,000 were members of the German Army Air Service. Comparatively very little has been written about or even mentioned about this section of the German military and of this, more has been written about one person than any other Rittmeister Manfred Freiherr von Richthofen: The Red Baron. He has been debated, argued about or even demonised, but one thing that is certain is that he was, without doubt, one of the most talked-about charismatic figures of his time.

His deadly skill as a fighter pilot was endorsed by the eighty victories or kills, he achieved in a very short time span of just twenty months and when only being 25years old.

When Bosnian-Serb activist Gavirilo Princip pulled the trigger on his revolver and assassinated Archduke Ferdinand, air to the throne of the Austro-Hungarian. It lit the fuse that was to ignite the time bomb that had been waiting to explode in Europe for a number of years. It plunged Europe and the rest of the World, into a costly, savage war, in both human lives and economically.

Germany's air service at the time was in a massive state of flux, brought about by the fact that Germany thought the war would be a short one. They were not ready for a long, ever-changing war of attrition and were frantically trying to build an air force. Training for an. observer was normally about twelve to eighteen months, but such was the demand that Manfred von Richthofen spent just two weeks initial training before being posted to FEA 6 for further training.

On the 17th of September, Jasta 2 were airborne again and this time Manfred von Richthofen scored his first confirmed victory a, FE. 2b of 11 Squadron, RFC. As he watched the stricken aircraft plunge towards the ground, another German fighter appeared and started to attack fortunately both Boelcke and lieutenant Pelzer had witnessed his kill, so it was confirmed.

On the 28th of October, tragedy struck Jasta 2 when Hauptmann Oswald Boelcke whilst pursuing a British aircraft together with his wingman Lieutenant Erwin Bohme, just two days after scoring his fortieth victory.

In an attempt to avoid colliding with another British aircraft, which was being pursued by Manfred von Richthofen he turned and collided with the undercarriage of Bohme’s aircraft ripping his upper wing apart. His albatross D.II plunged to the ground, killing him instantly. This was a bitter blow to the German air service and a tragic loss as he was considered to be Germany's first aerial tactician.

His funeral service was held in the cathedral at Cambrai and as the coffin left the cathedral, Lieutenant Manfred von Richtofen led the mourners carrying Boelcke’s Ordenkissen (medal pillow). The following day a lone British aircraft dropped a note that simply said:

“To the memory of Captain Boelcke, our brave and chivalrous opponent” from the English Royal Flying Corps

This book continues, in the same way, throughout giving you precise locations, pictures lots of them, some showing the truly horrific events of the war to end all wars, from the German Air Service and the German ace, the Red Barron.

I did not know what to expect from this book it looked like an interesting subject but had no idea that it would be this good! It is a tremendous insight into what happened a couple of hundred feet or so above the solemn trenches over Belgium and France. Some parts of the book provoked real emotions about those early pilots in battle like the accident whilst in combat that ended the life of Captain Boelcke to the injuries, to the Red Barrons own injuries. There was a real comradery in the skies with a fair amount of mutual respect between both sets of pilots from both sides true respect, that lead to the dropping of a note by a lone British pilot with a note that I felt choked while reading it.

I know World War 1 was a horrific experience for all who took part in it but some things that happened or took place during it was pure humanity, coming together of the soldiers for a football match at Christmas, to helping each other when animals got caught up in barbed wire. It still showed that no matter who you are or what side you are fighting for all men seemed to find compassion during some of the terrible fighting. 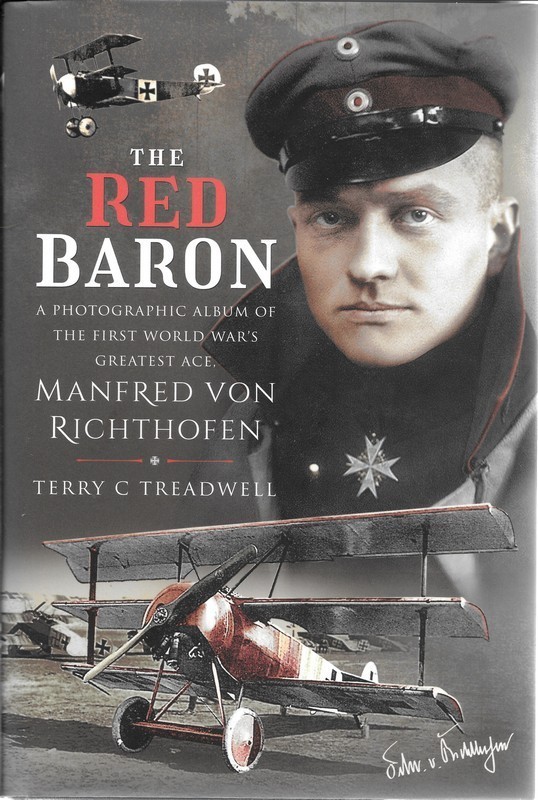 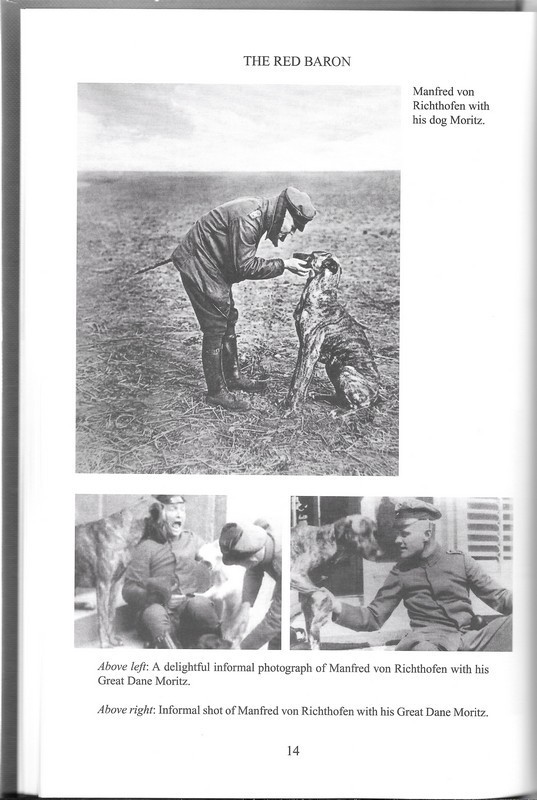 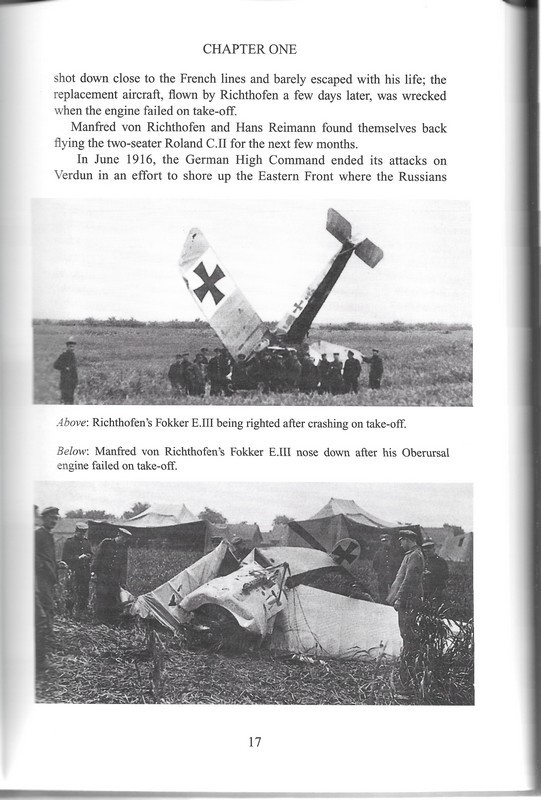 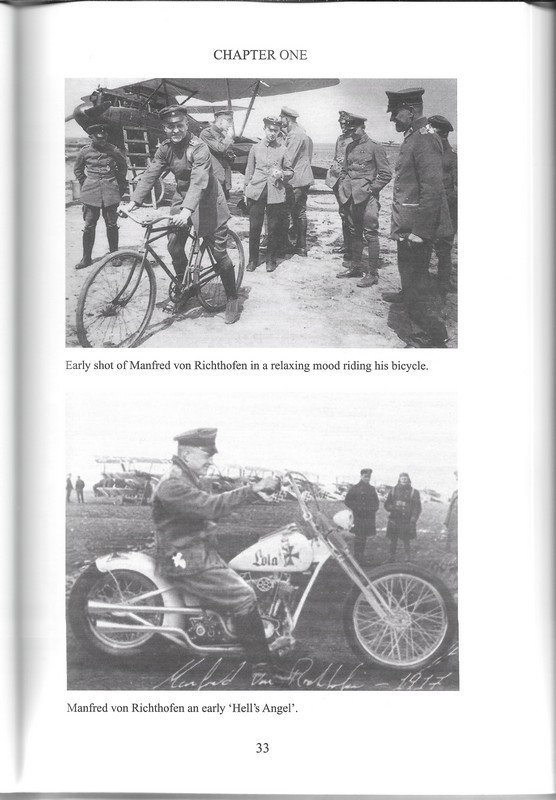 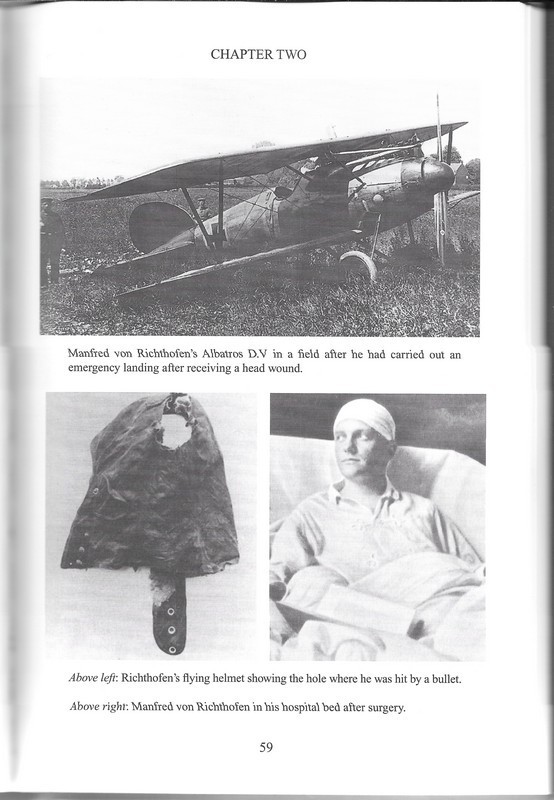 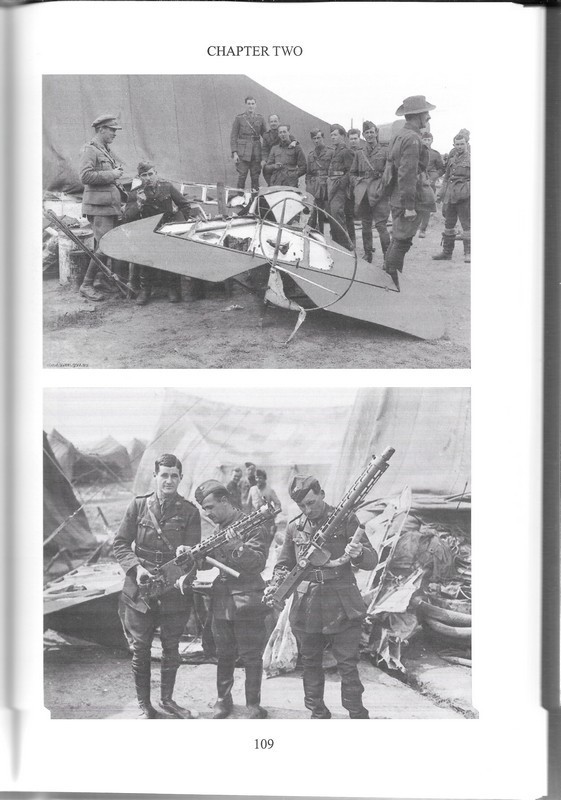 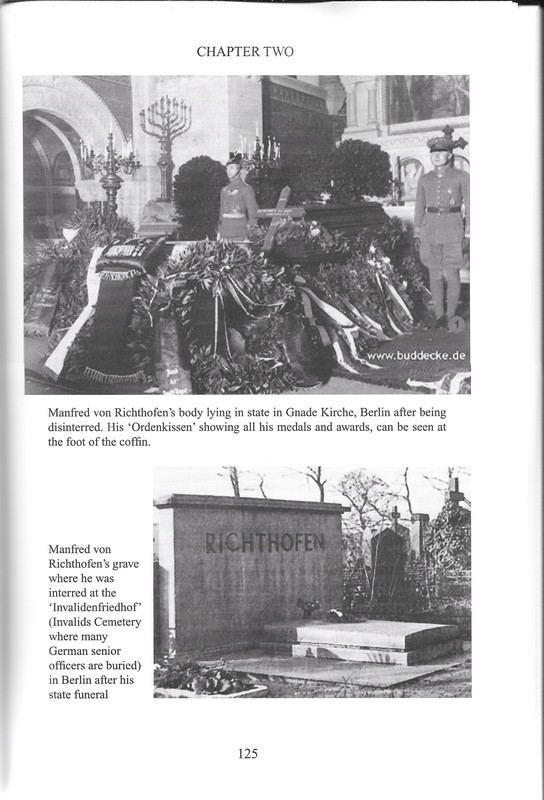 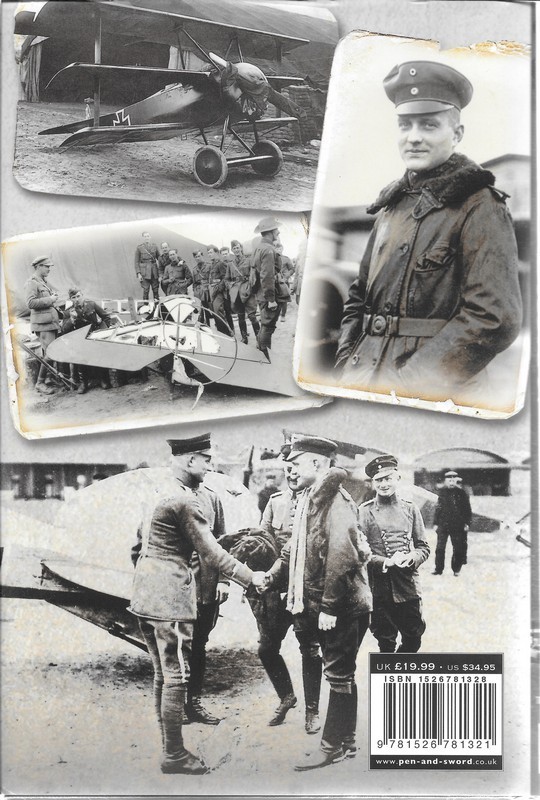