Litespeed
Editor
posted on 3 months ago
820
views
Tim looks through MMP’s latest volume Spotlight ON 25 Grumman F4F Widcat by Zbigniew Kolacha providing forty-two colour iiustration in a wide range of markings of the Grumman F4F Wildcat and the General Motors built Wildcat including the Martlet. 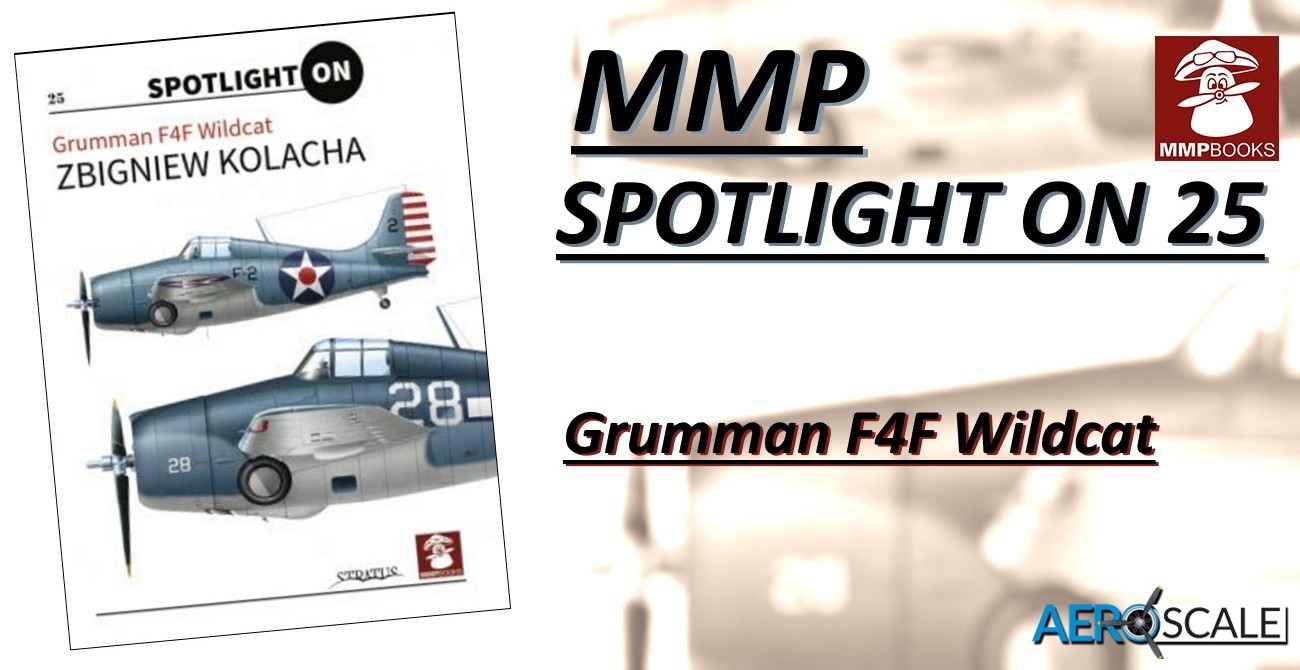 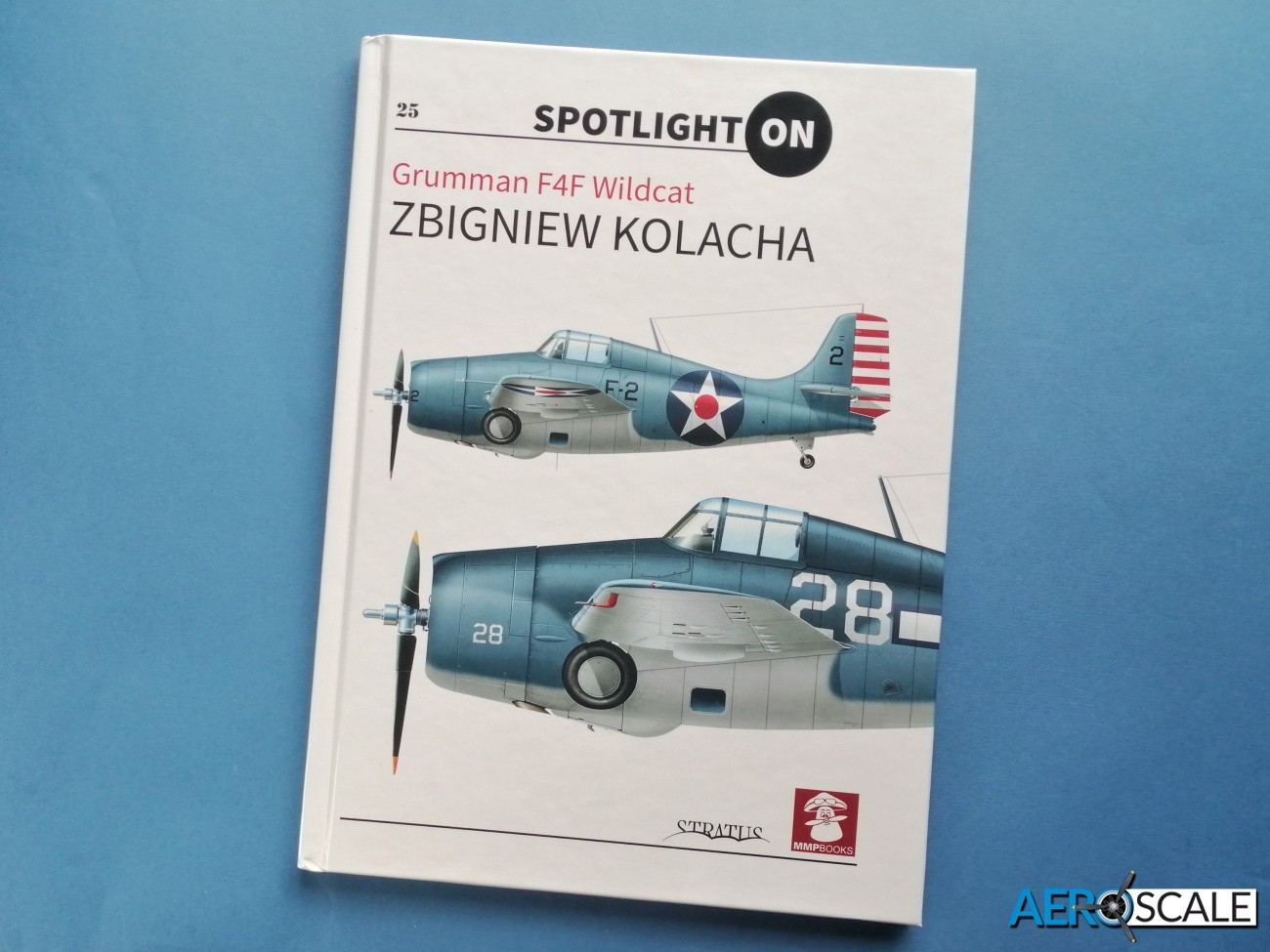 The hardback book is A4 in format containing forty-eight pages. There is a single page introduction were the author and illustrator Zbigniew Kolacha provide details of the development and combat experience of the Wildcat. The forty-two colour illustrations are large almost span the height of the book. The illustrations are first rate and mostly provide side profiles with five upper plan views. The author has provided brief detail of each aircraft including location, pilot, Squadron and date. Crucially the author has provided details of the camouflage colour of each aircraft. 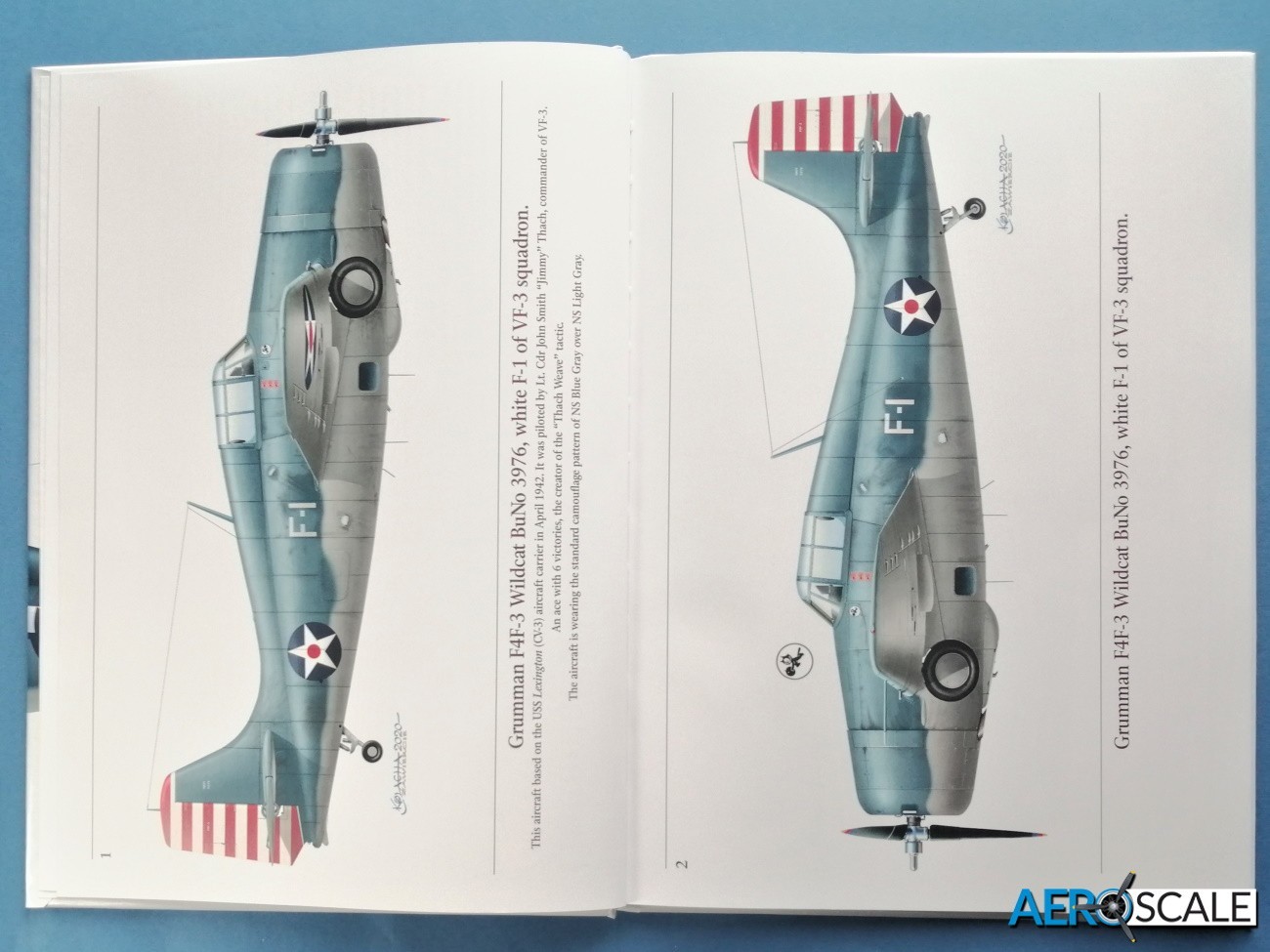 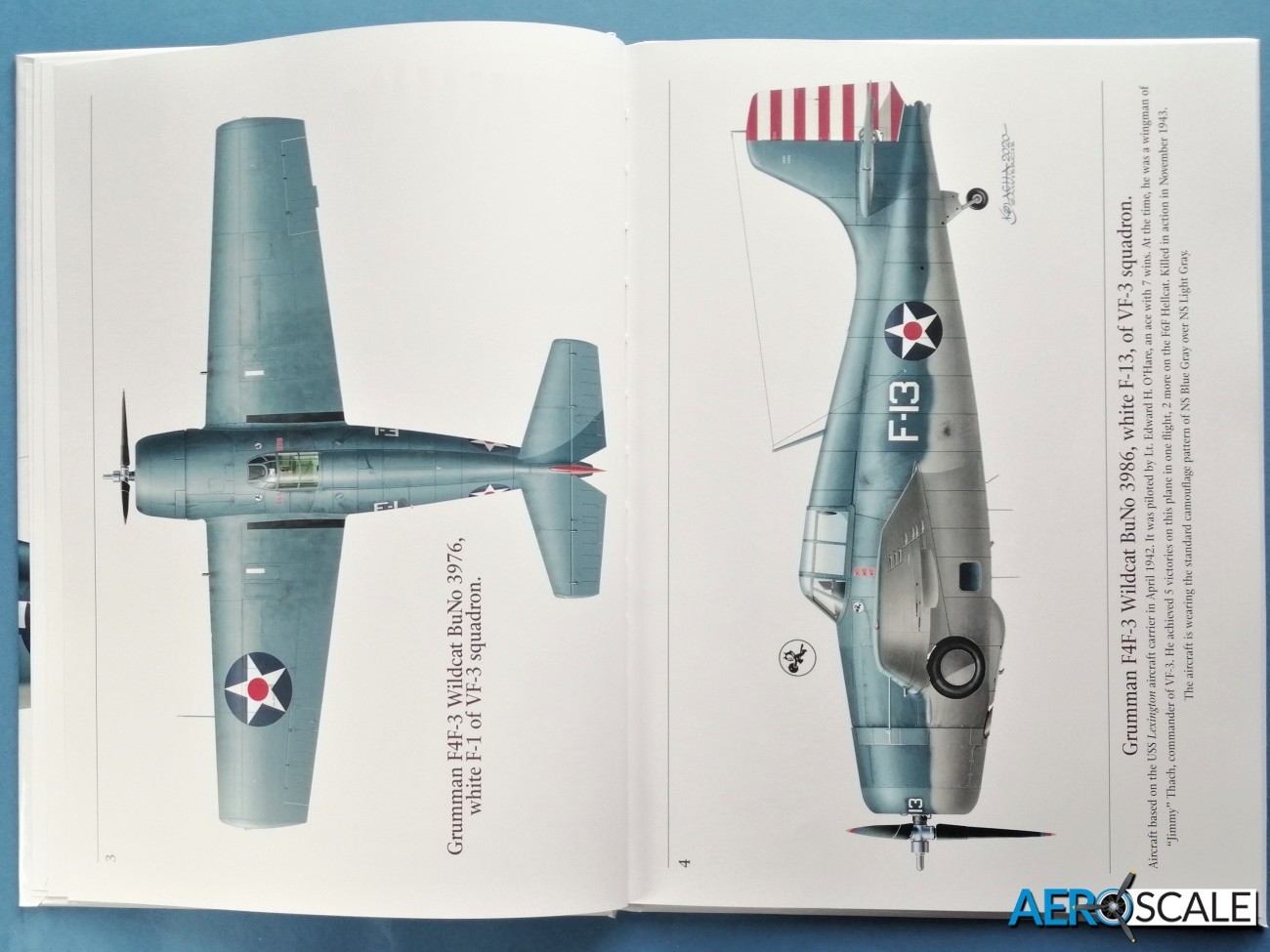 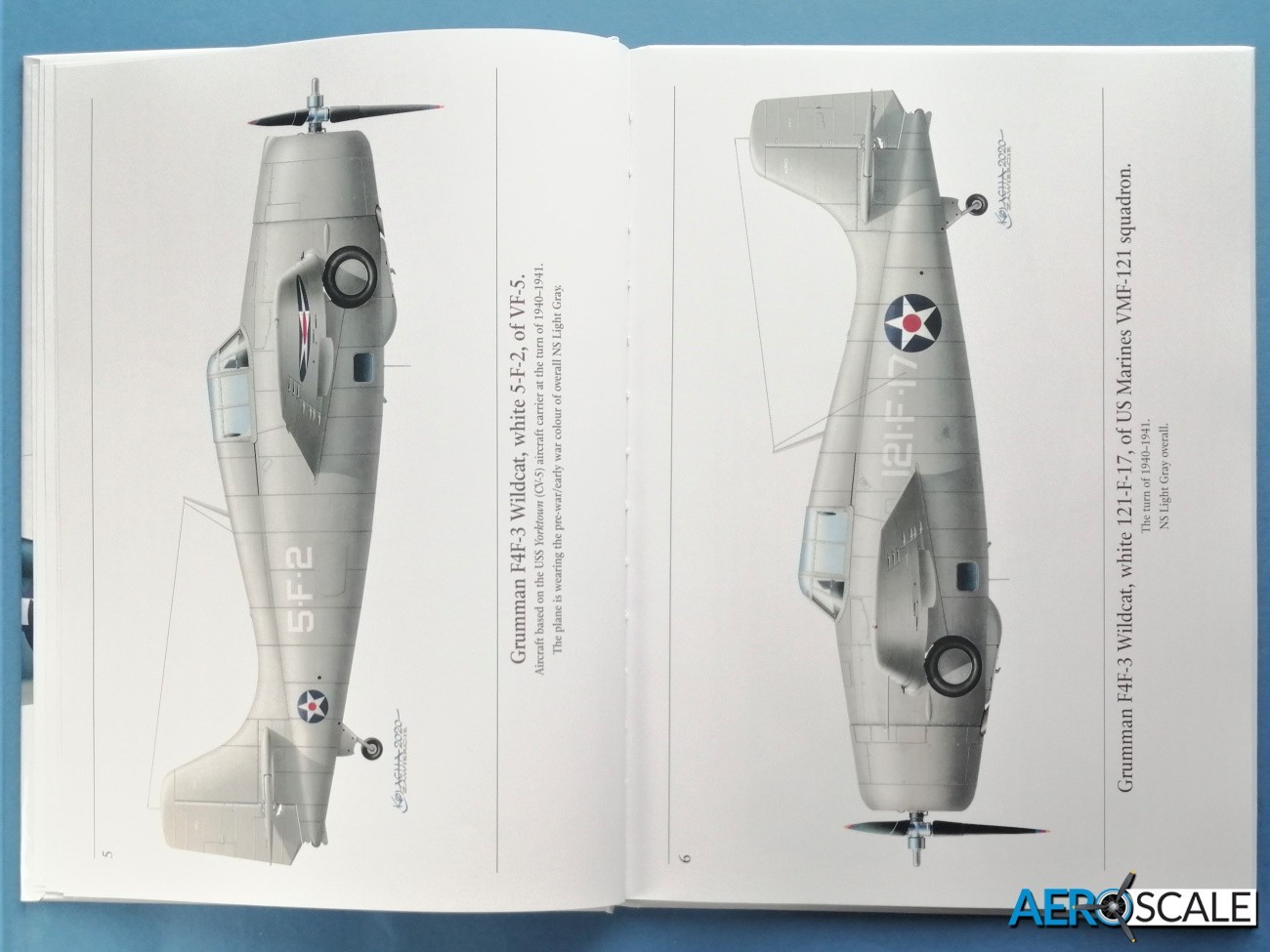 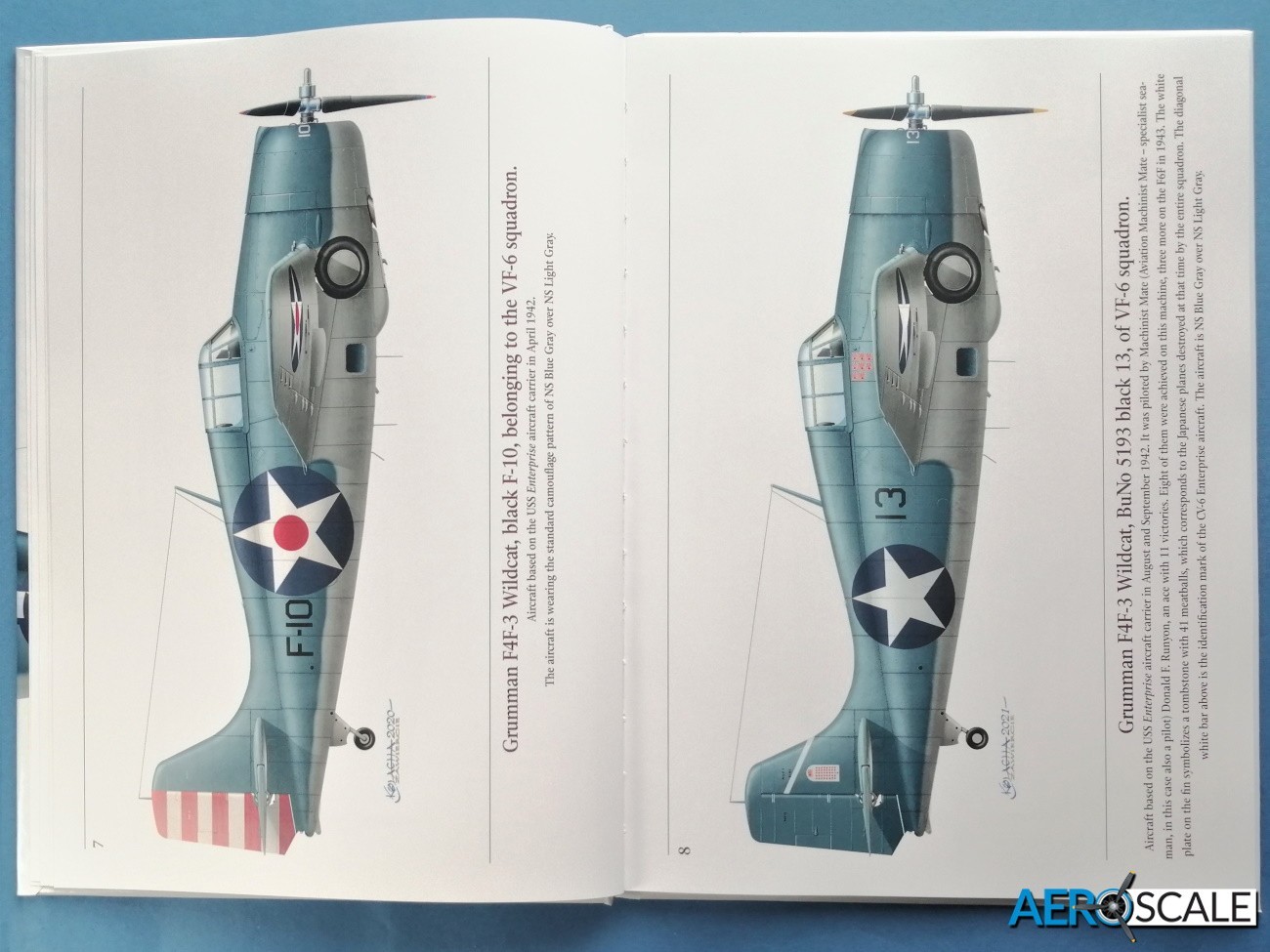 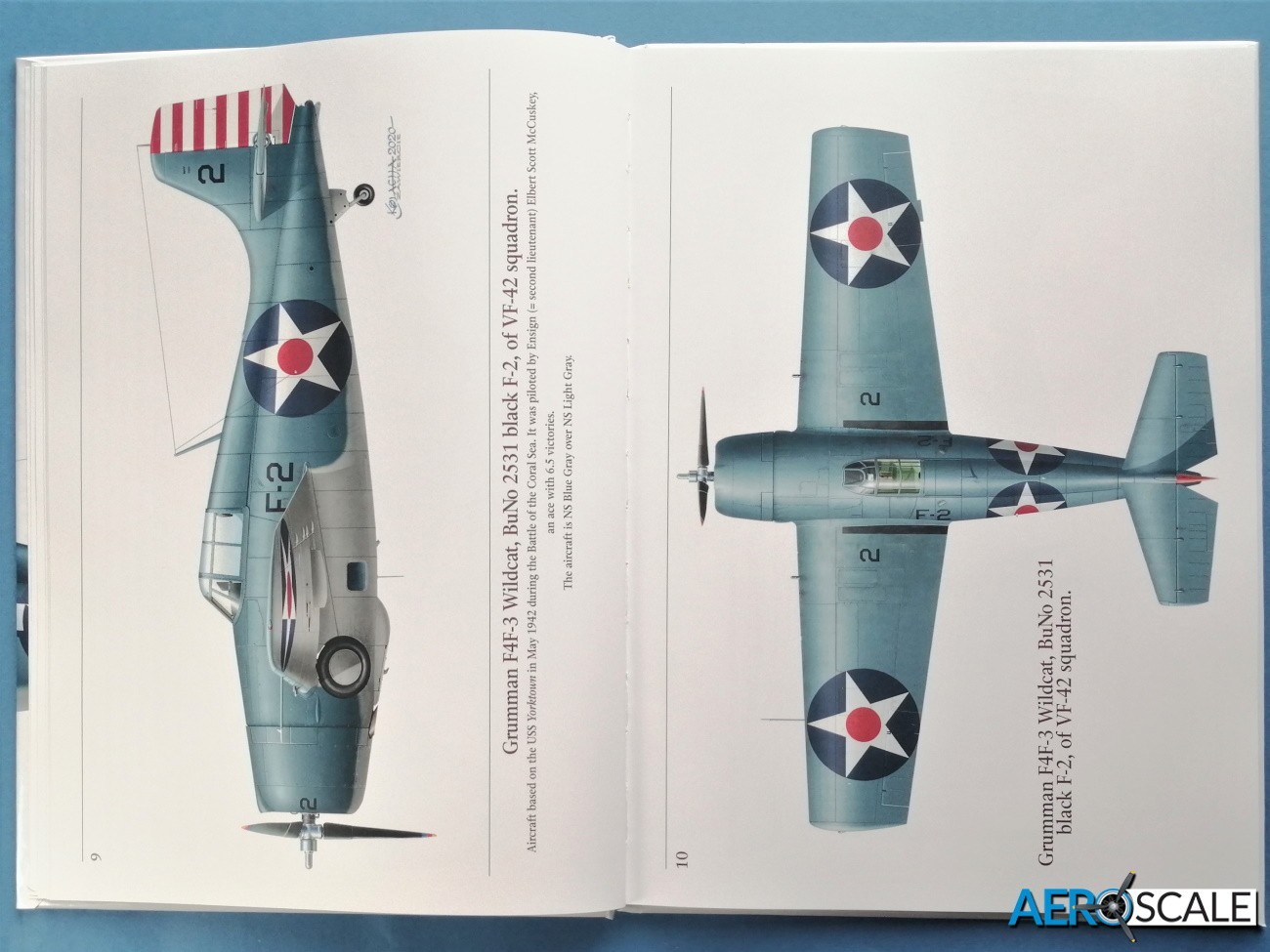 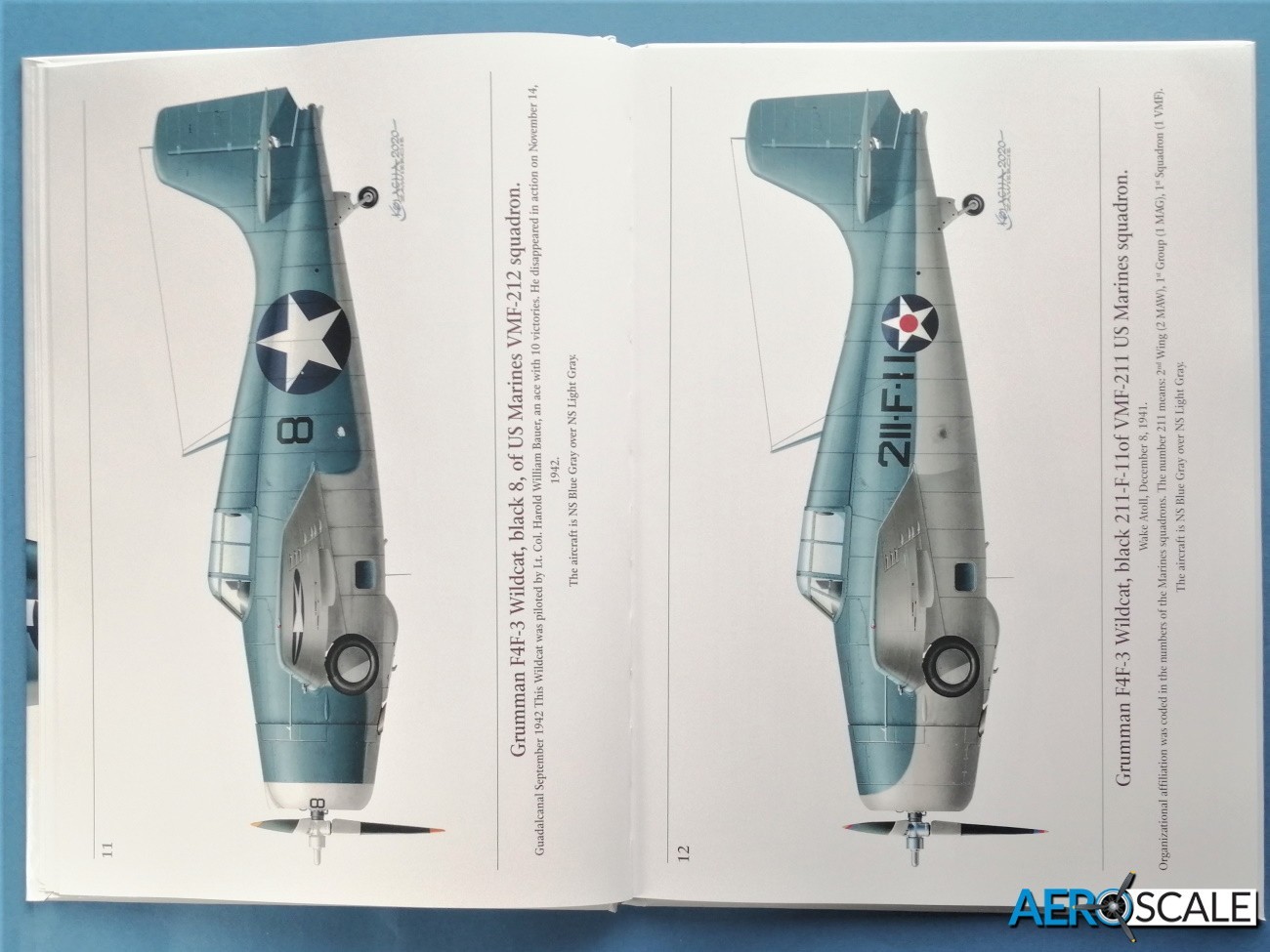 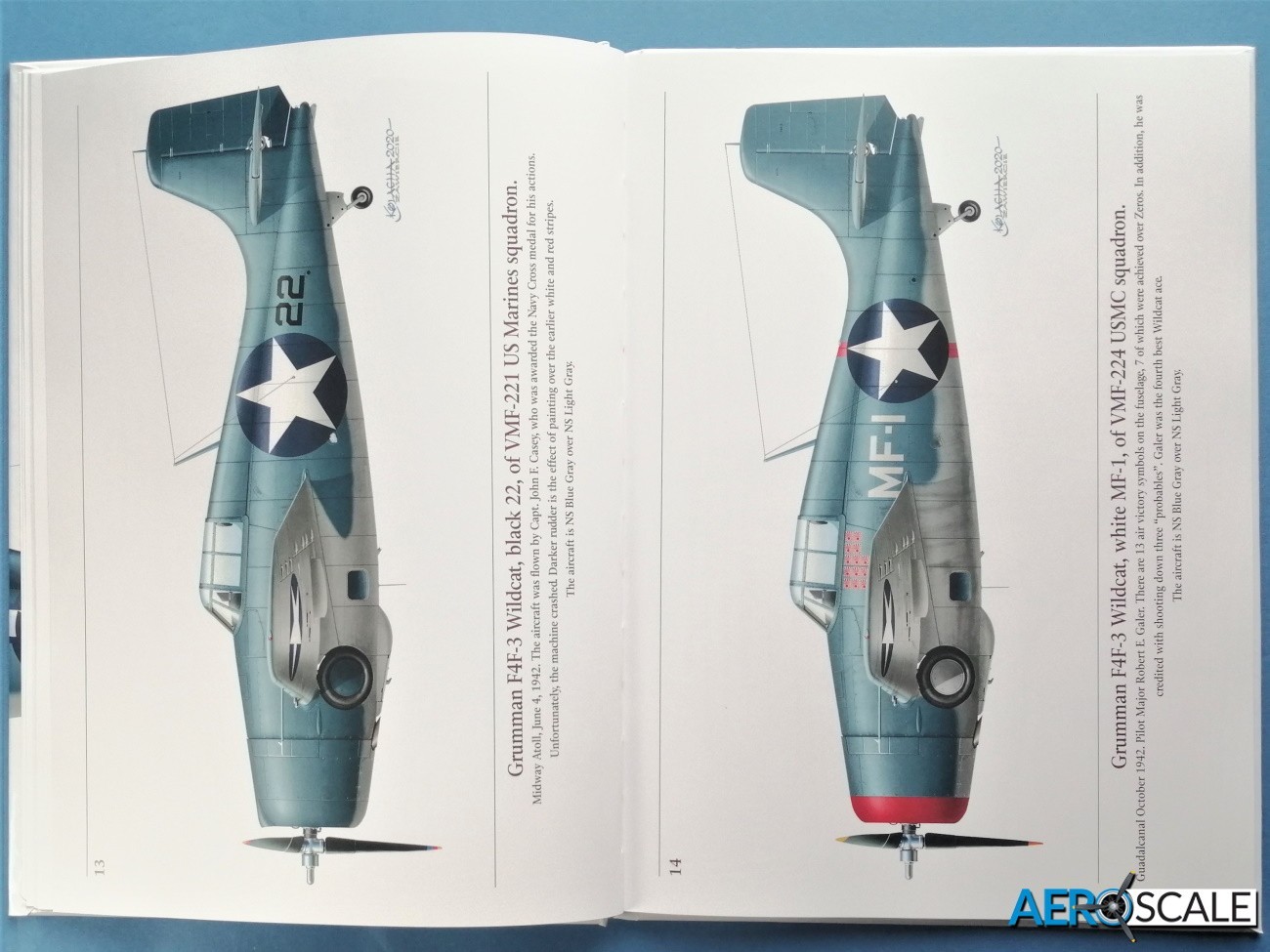 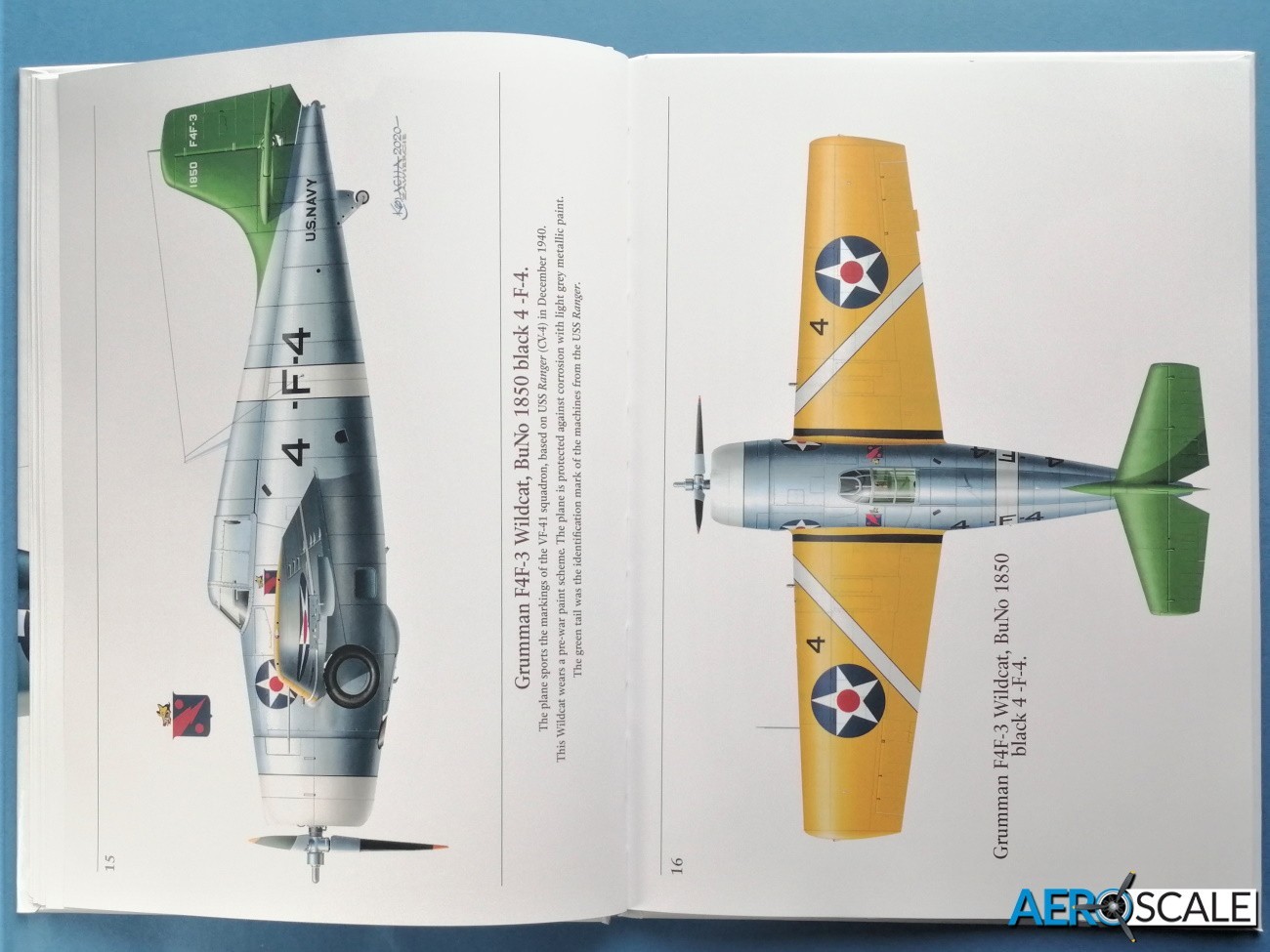 As the Wildcat was operational before the US entry into WWII there are some examples of the pre-war and early WWII markings. A couple of illustrations cover the brightly coloured F4F-3 of VF-41 aboard the USS Ranger from December 1940. It harks back to the colour of US Navy bi-planes with the yellow upper wings, green tail surfaces and silver painted fuselage with white nose and fuselage band. Another silver painted pre-war F4F-3 is one from the USS Wasp. A little less garish sporting black tail surfaces and a partial red nose of VF-72 sailing on the USS Wasp. The range of markings illustrated by the author highlights its important role in the defence of the fleet and later in a more offensive role during WWII. Illustrations reflect the Wildcats service with the US Navy, Marines and the Royal Navy’s Fleet Air Arm. 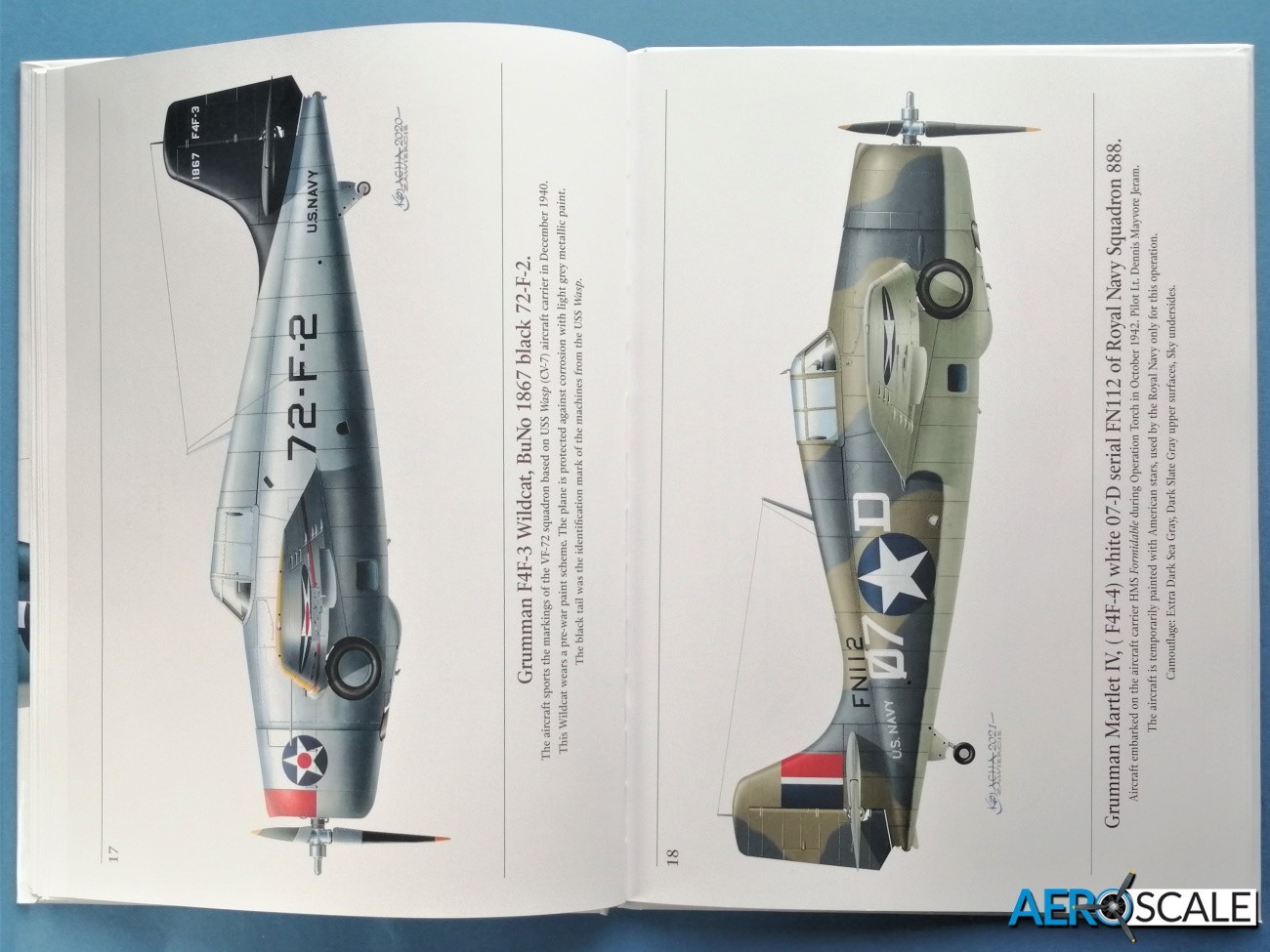 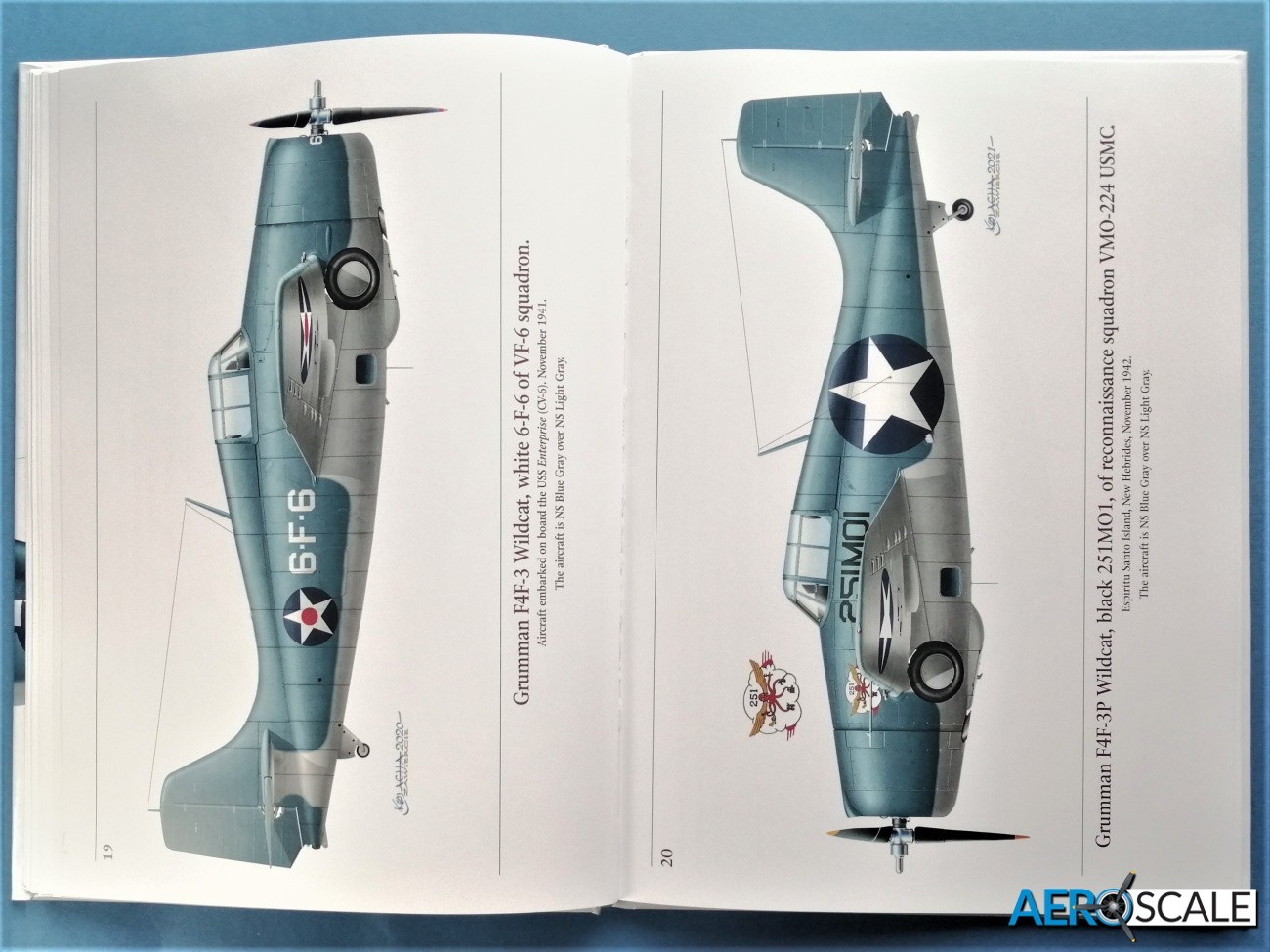 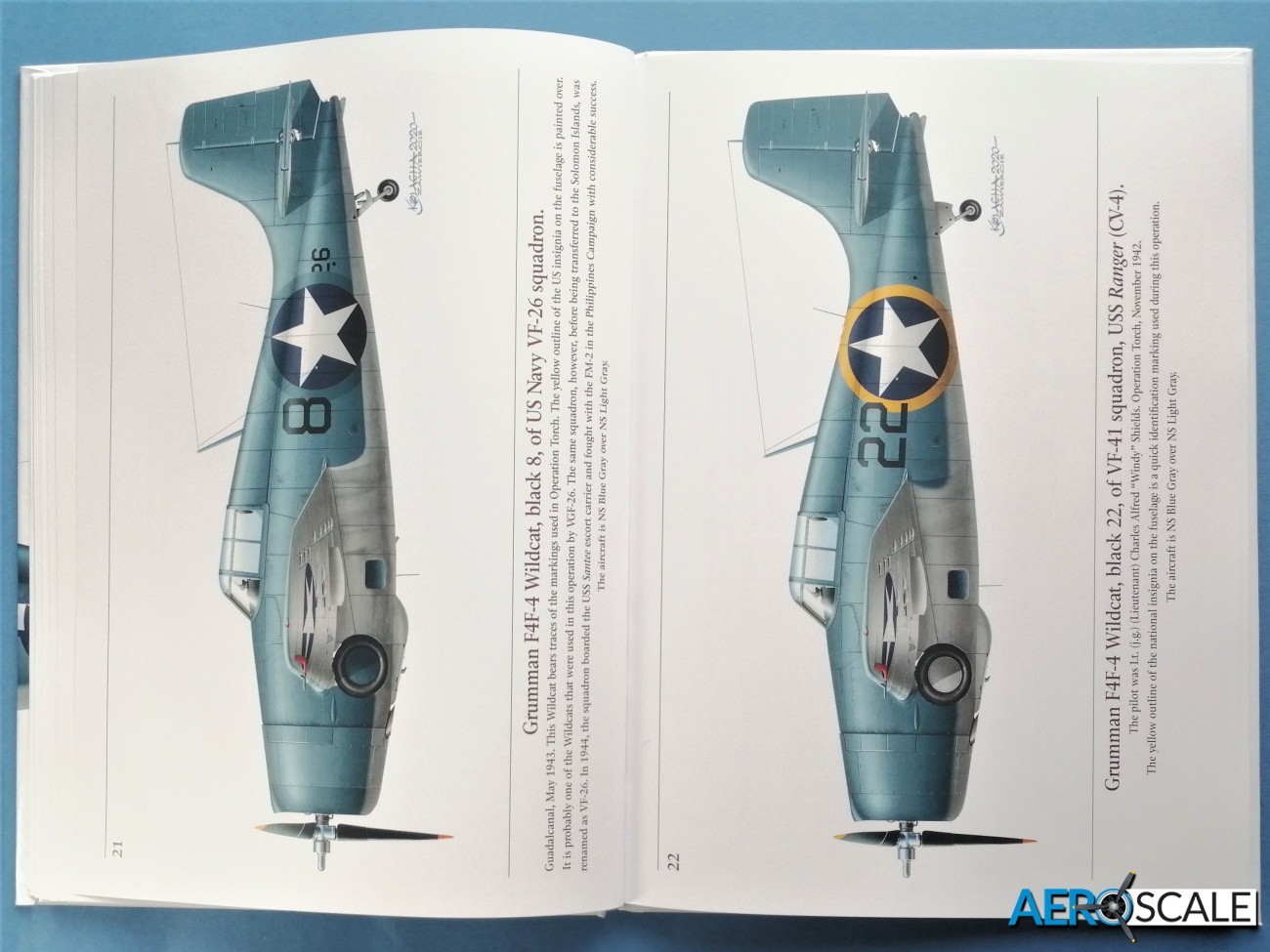 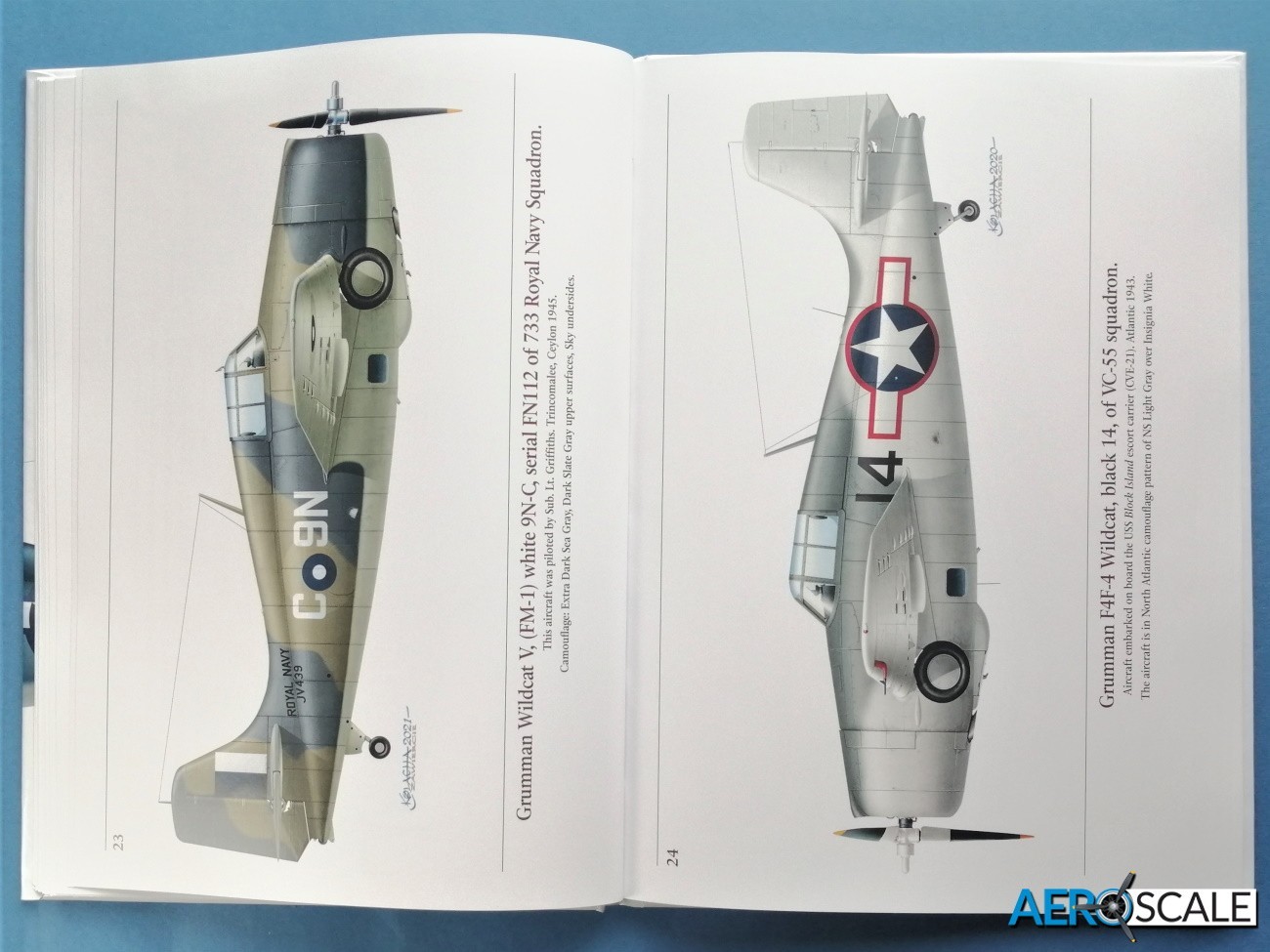 Some of the more notable aircraft covered in this volume include Lt, Cdr John Smith ‘Jimmy’ Thatch and his wingman Lt. Edward H. O’Hare who later was awarded the Medal of Honour. Thatch was the pilot that developed the ‘Thatch Weave’ a tactic that evened out the odds when meeting the more manoeuvrable Mitsubishi Zero. Another ace’s Wildcat depicted is Major Robert E. Gale flying for VMF-224. There is also a reconnaissance F4F-3P Wildcat included. 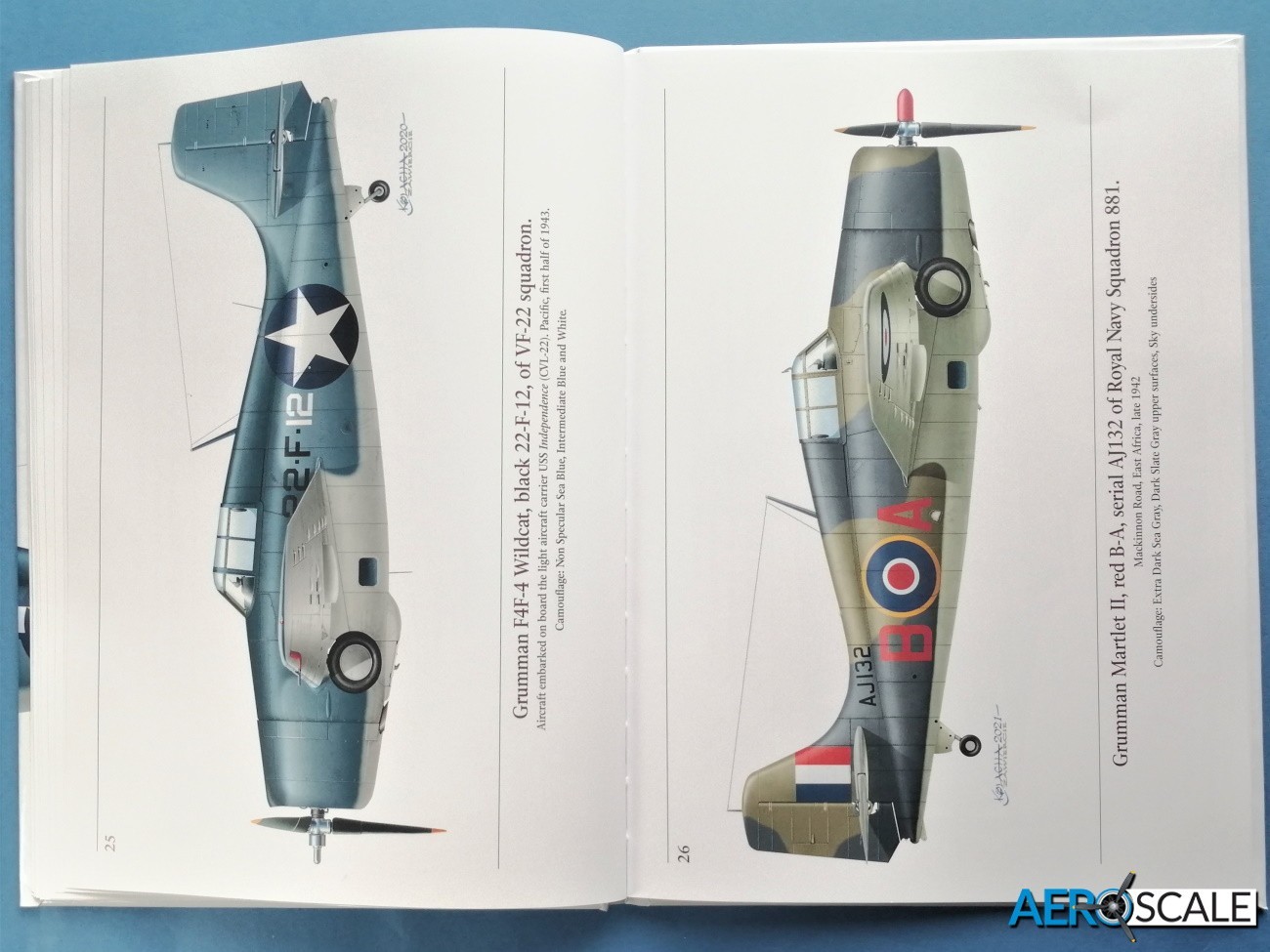 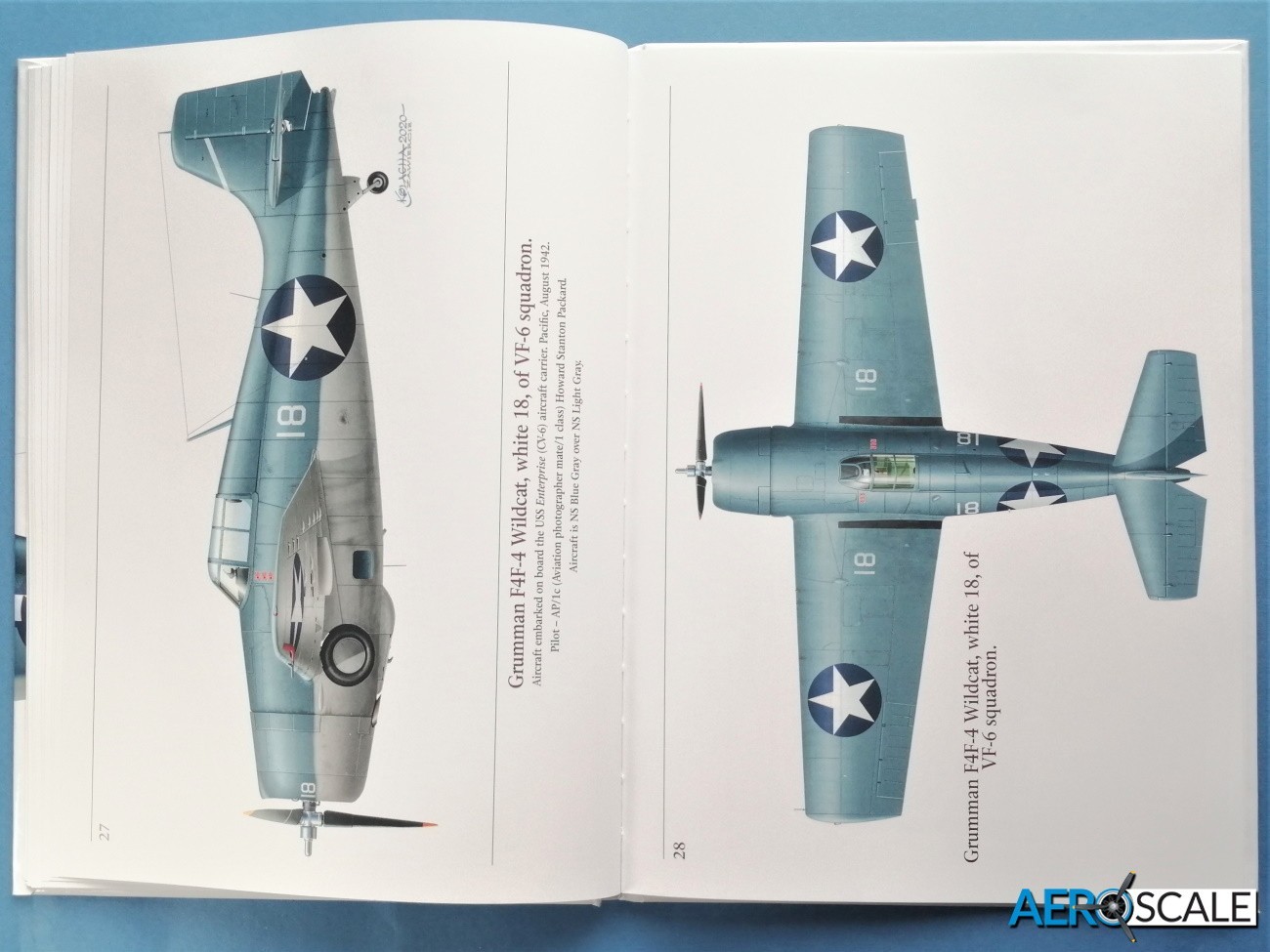 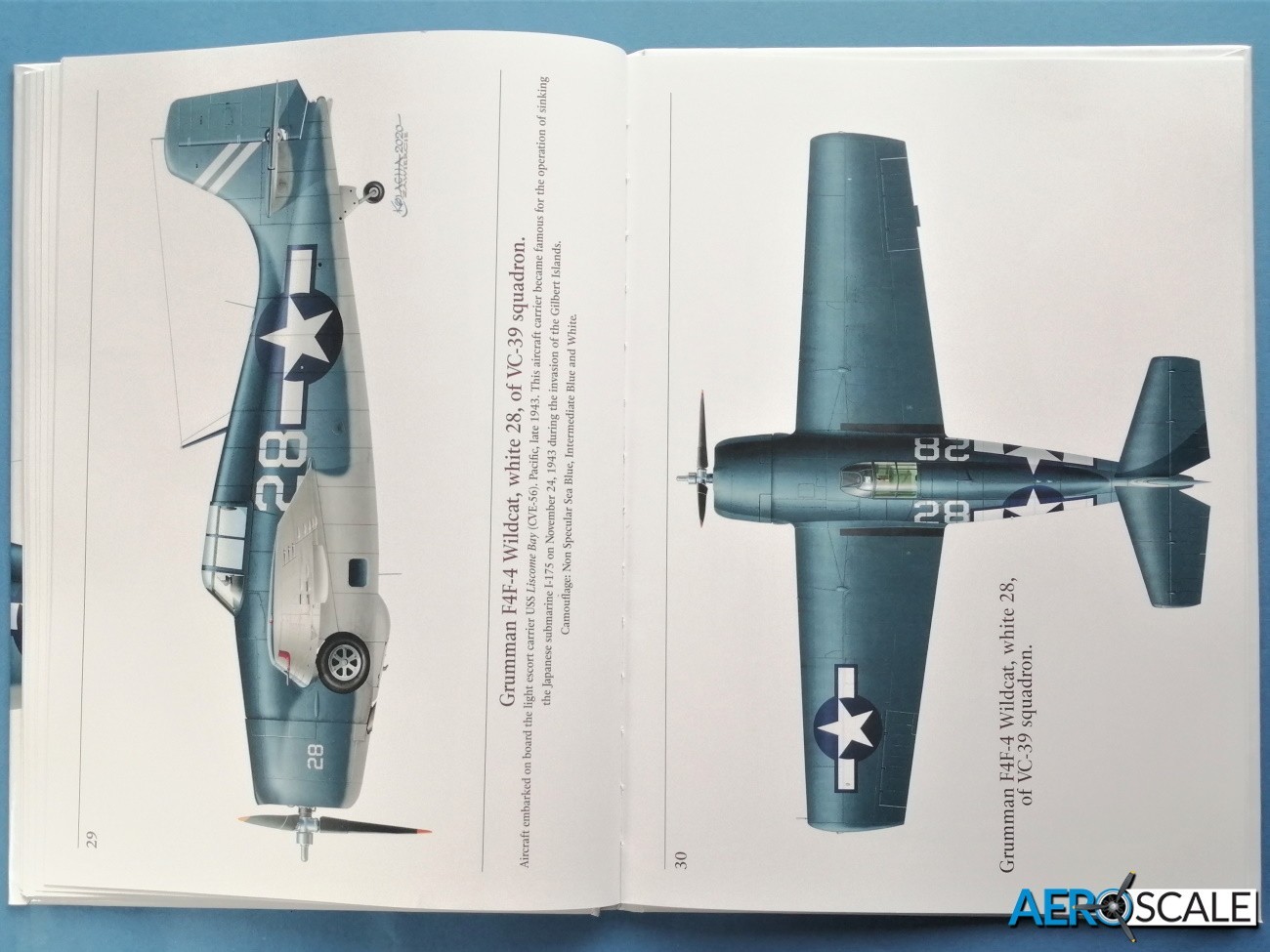 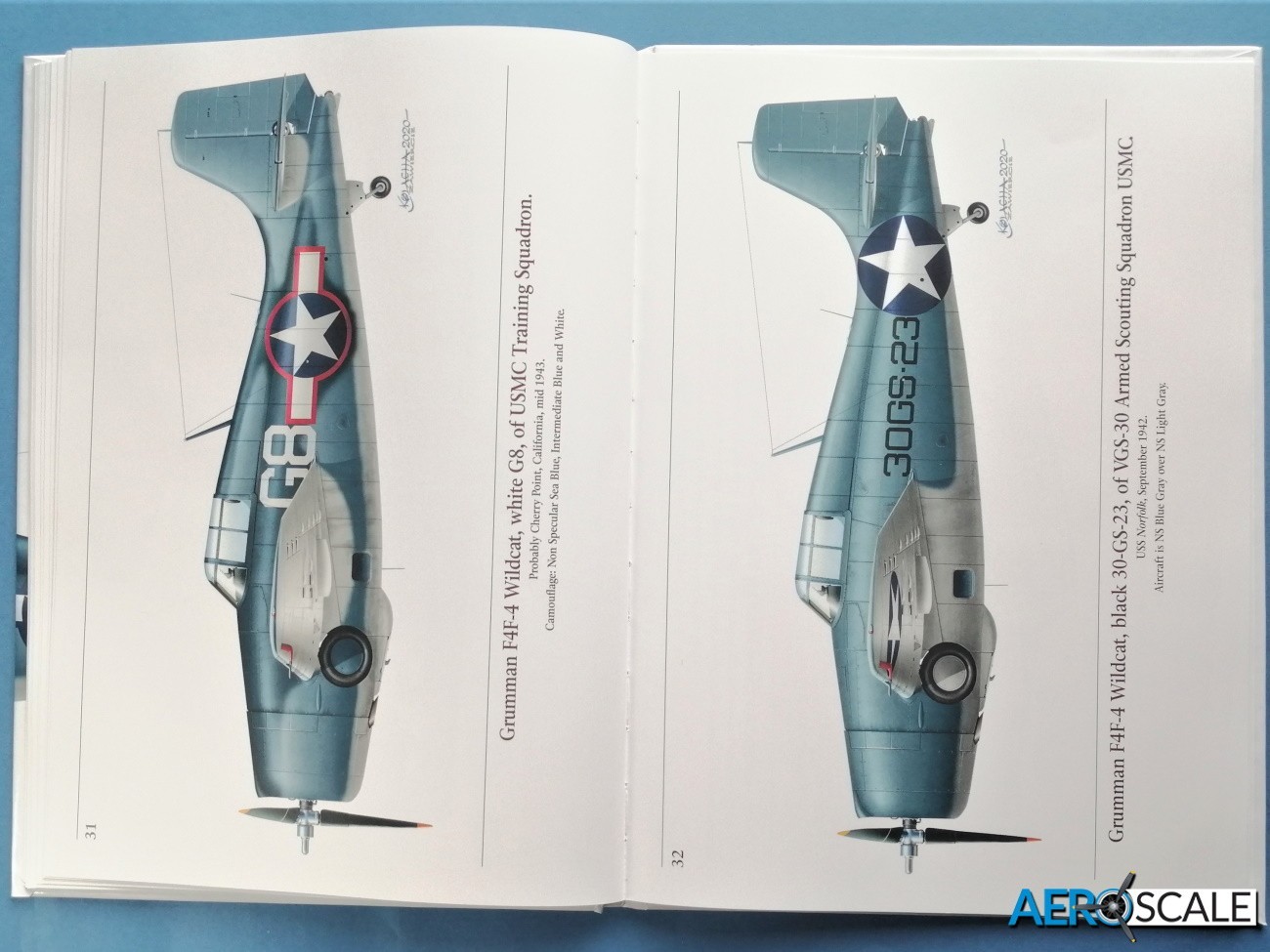 Zbigniew Kolacha states that the aircraft selected have been carefully compiled from an extensive photo archive and many other source materials. Details included with each illustration include type, Squadron, pilot if the information is available, location and importantly the colour are identified. One small typo is a misprint of the serial number of the Fleet Air Arm Wildcat V [23]. The illustration has the correct serial number [JV439], so ignore the reference in the written explanation. 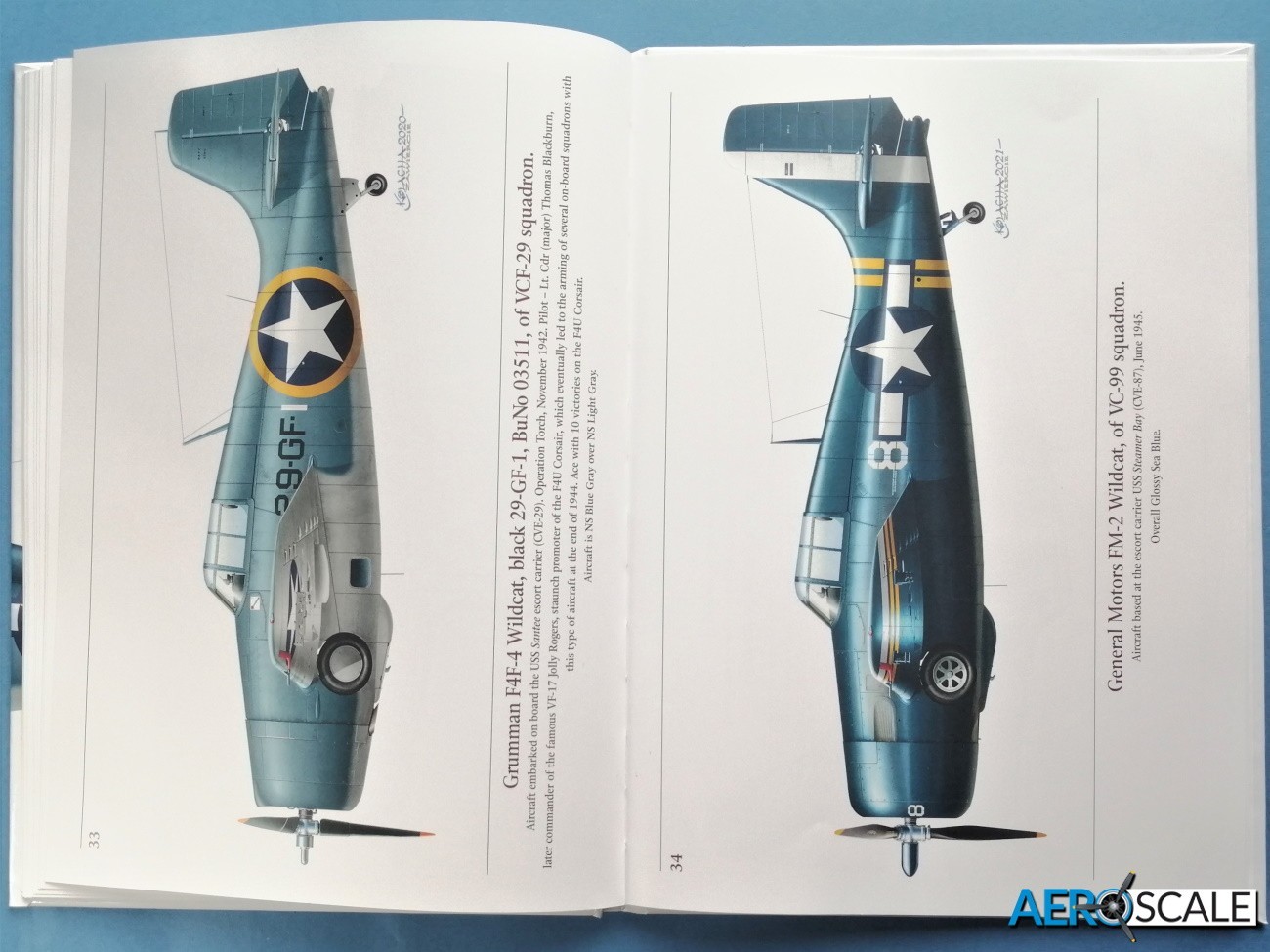 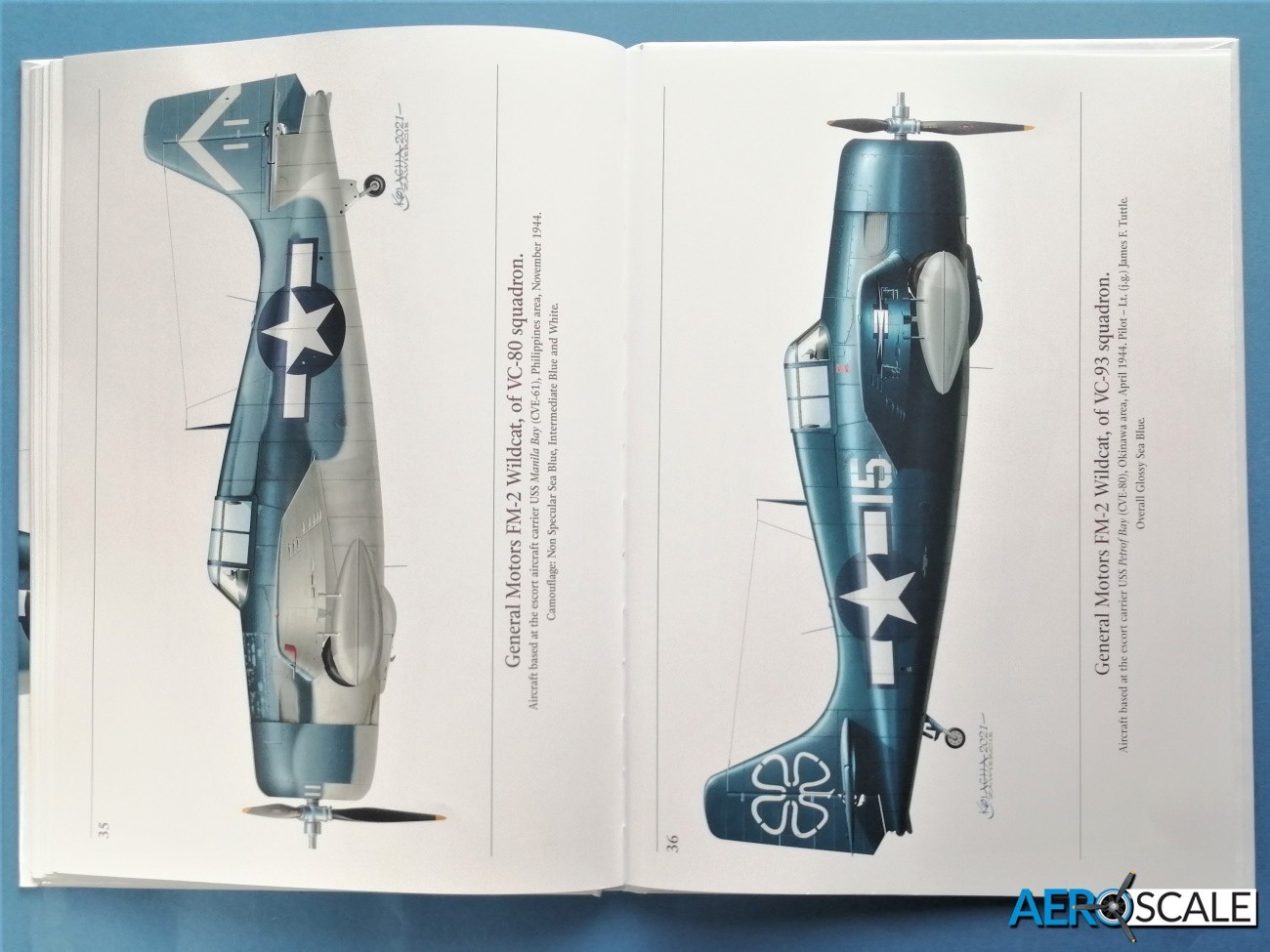 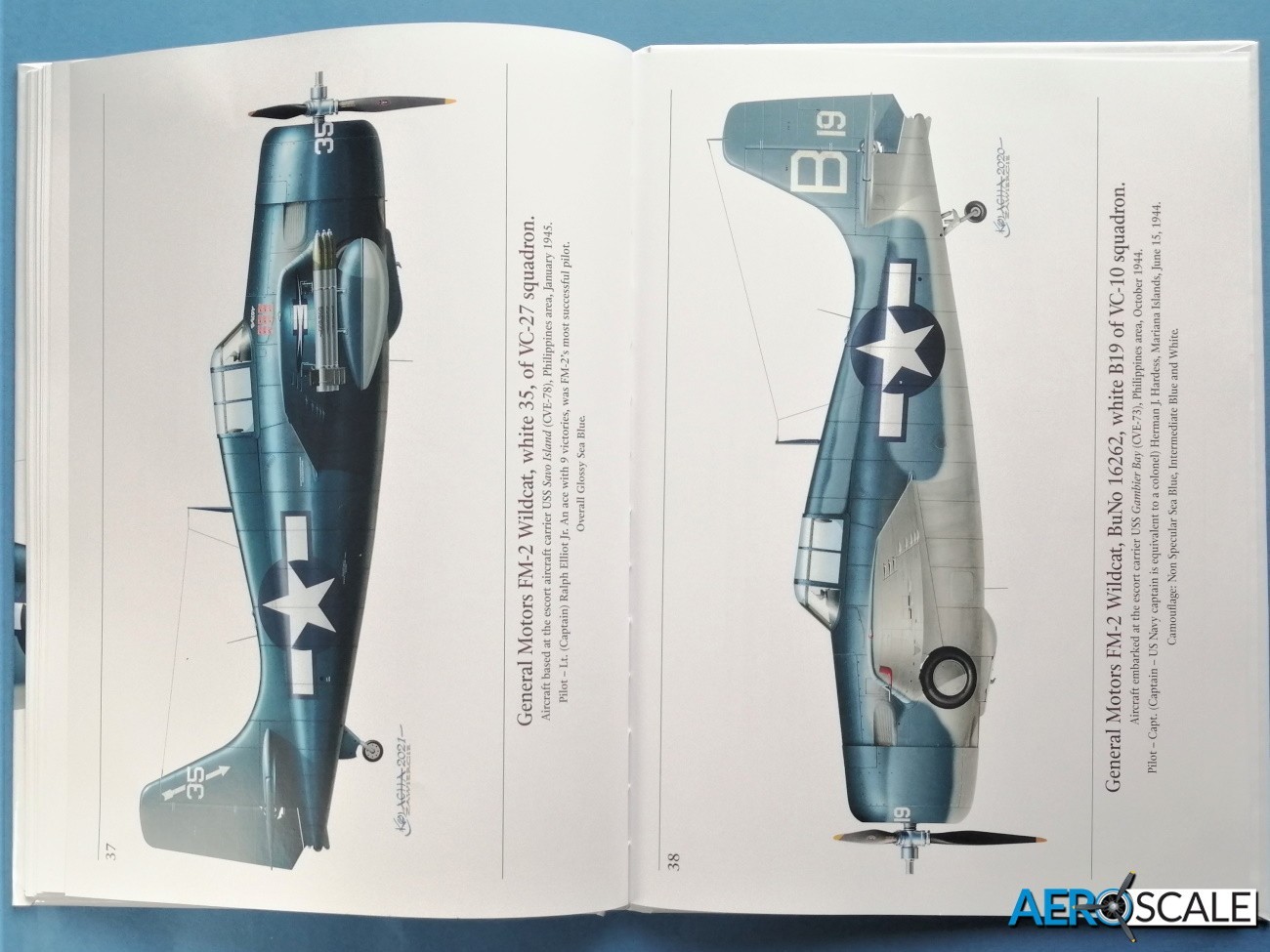 A number of Wildcat marking options that are featured in this book appear in kit form or numerous decal releases. So, if any of the schemes are of interest for your next project, it’s worth a trawl on the internet. 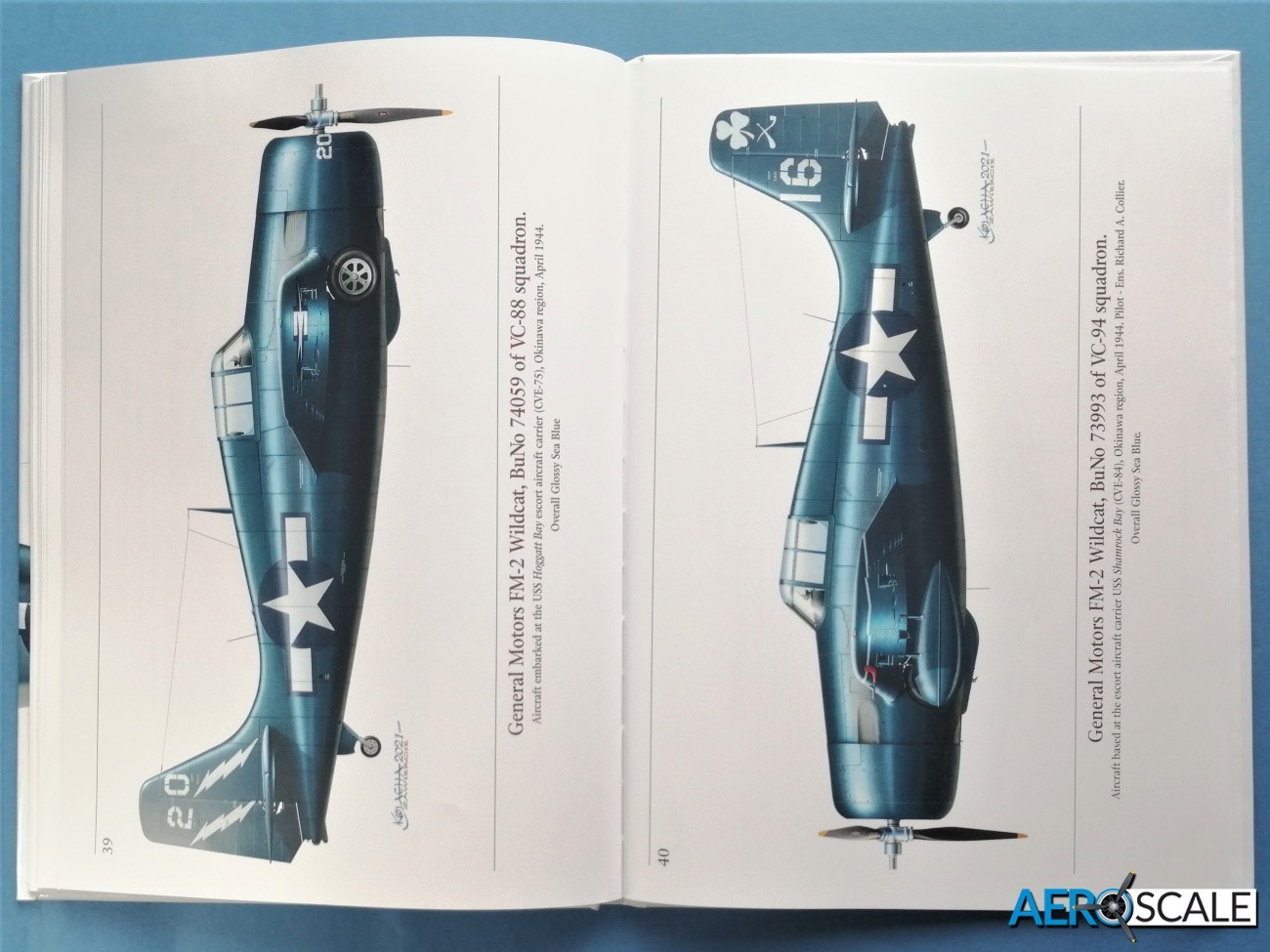 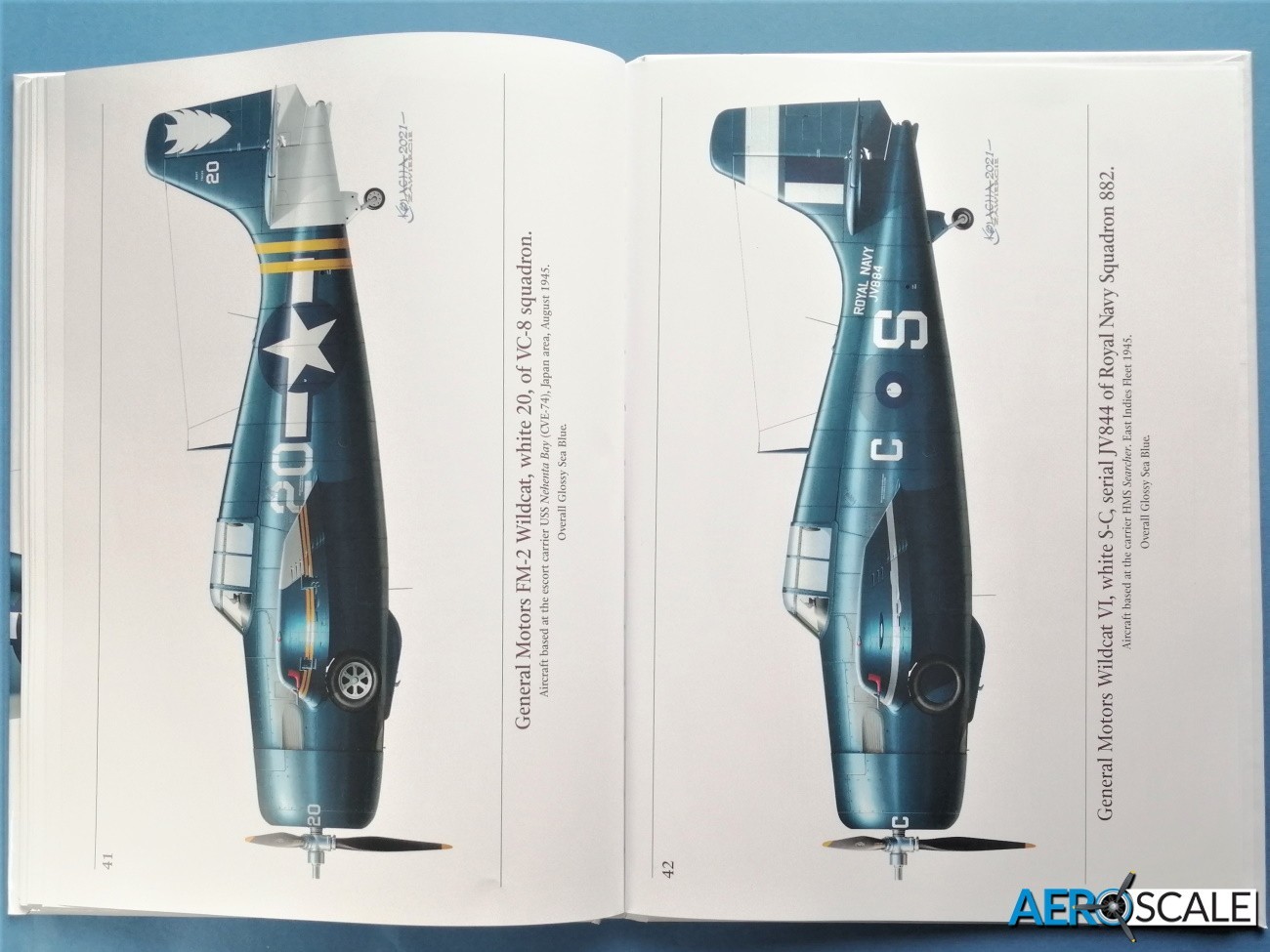 If you’re a fan of Grumman’s little fighter then this would make a great reference to have on hand for both modellers and aviation historians. The author has picked out some interesting schemes that reflect the service of this little fighter in many theatres during WWII. Studying the illustrations whets the appetite for future build projects and I found myself digging out my small stash of Wildcats planning my next build. Highly recommended