Litespeed
Editor
posted on 4 months ago
655
views
Buchon Scale Models has released a resin 1:24 scale conversion set for the E Wing of the Supermarine Spitfire or Seafire 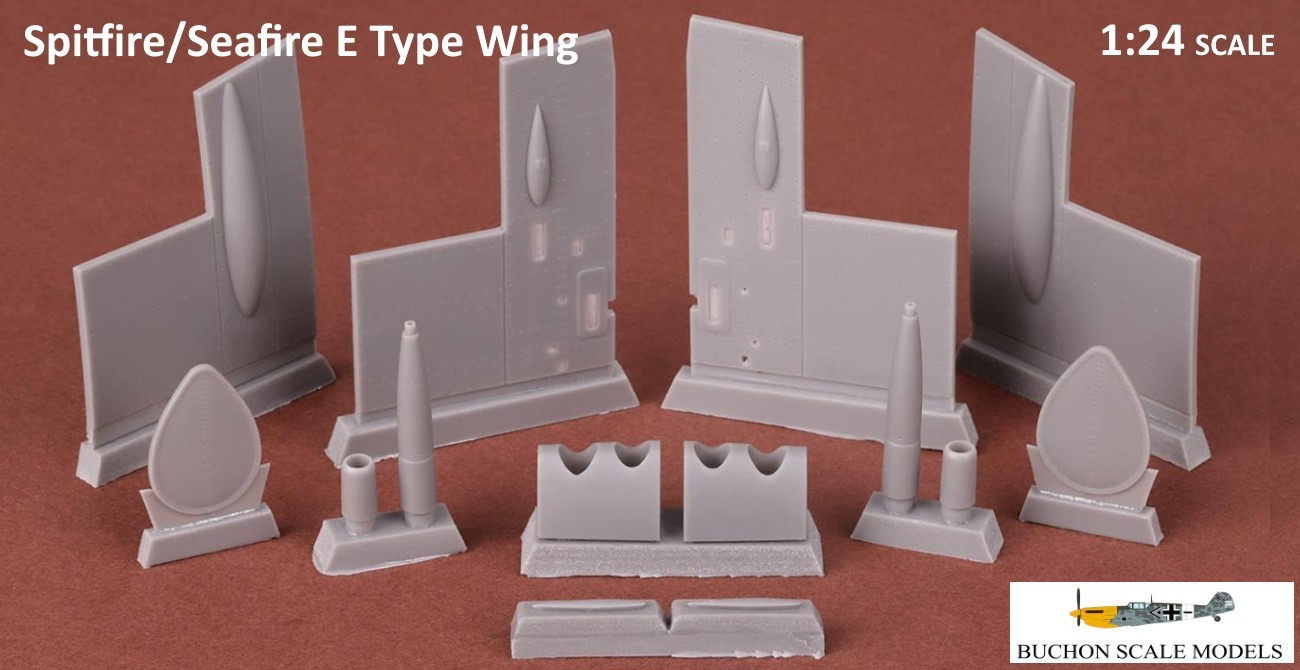 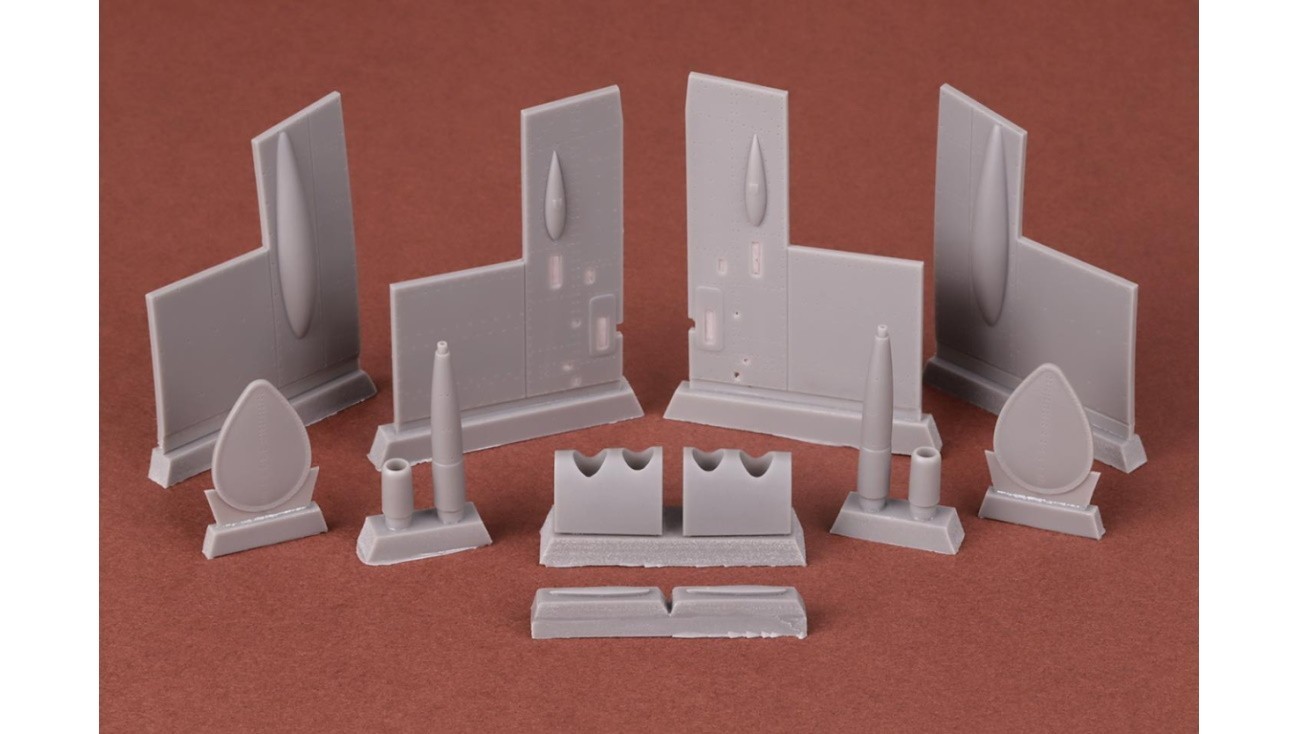 Structurally identical to the C wing. The outer machine gun ports were eliminated; although the outer machine-gun bays were retained, their access doors were devoid of empty cartridge case ports and cartridge deflectors. The new wing allowed for a four-cannon armament and the inner bays could carry heavy machine guns. There were thus two possible weapon fits: either 2 × .50 cal Browning M2 machine guns with 250 rpg in the inner bays and 2 × 20 mm Hispano Mk II cannon with 120 rpg in the outer bays or 4 × 20 mm Hispano cannon with 120 rpg

The .303 machine guns mounted in the outer wings were no longer fitted, because rifle calibre bullets were ineffective against heavily armoured aircraft. (These outer guns had always been the less effective part of a Spitfire's armament: their distance from the centreline made them hard to harmonise and in turning engagements, wing flexing meant that the rounds were even more widely scattered). The 20 mm Hispano cannon were moved outboard and the .50 calibre Browning M2/AN, with 250 rpg were added to the inner gun-bays. The first trial installation (modification 1029) was made in BS118 in November 1943; 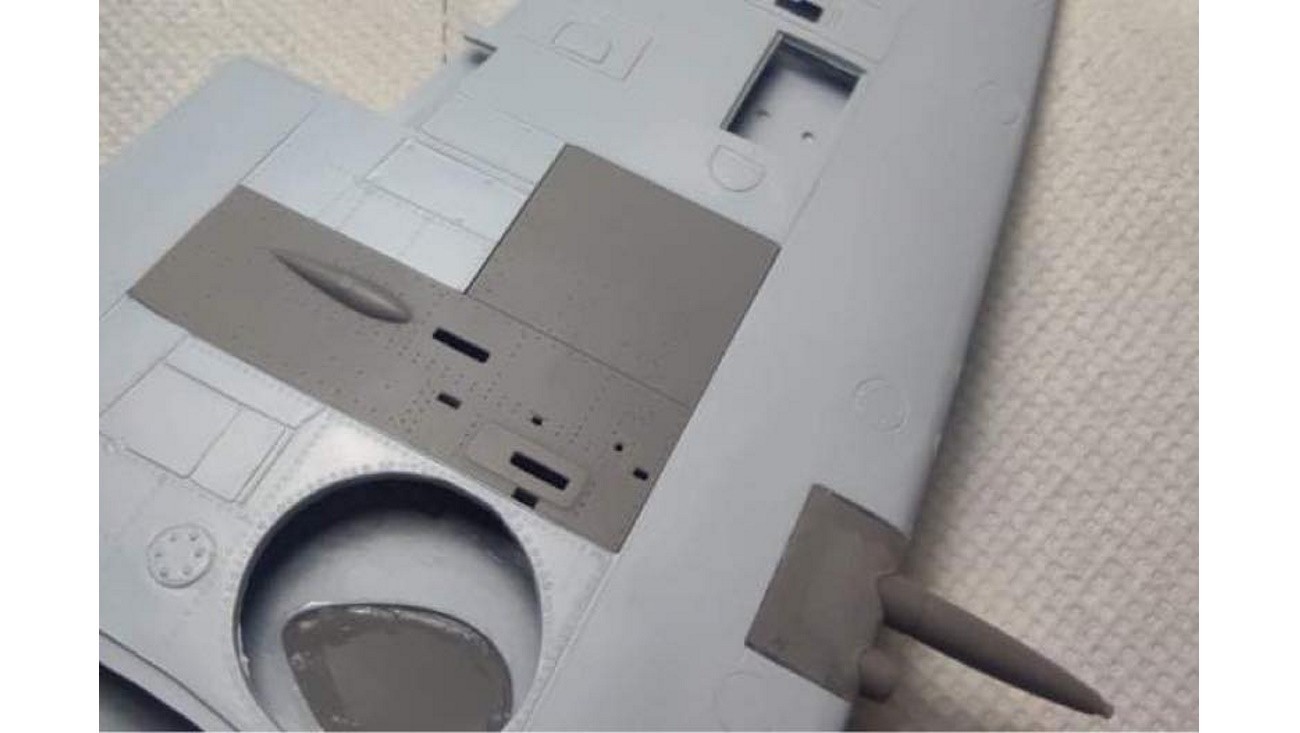 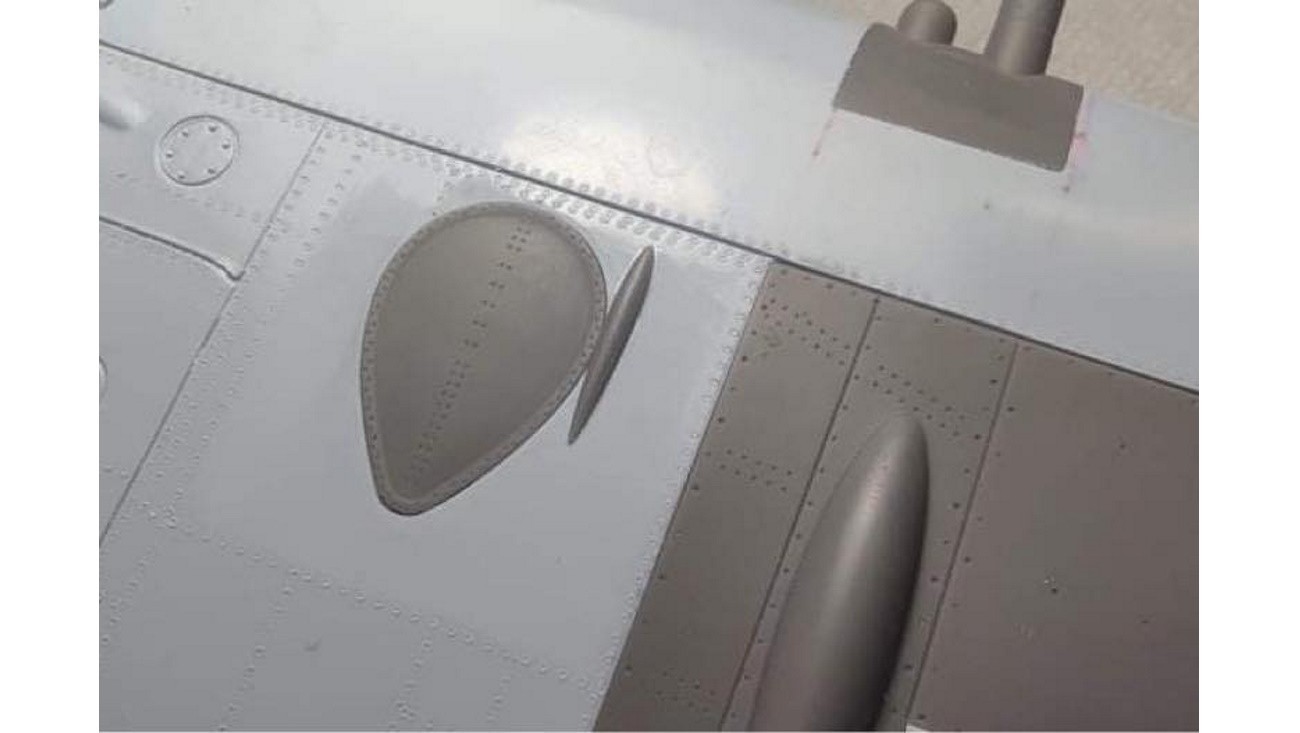 The conversion kit is tailored to the Airfix 1/24 Scale Spitfire Mk I and Mk V, but may also be used on Trumpeter kits with some adjustments. 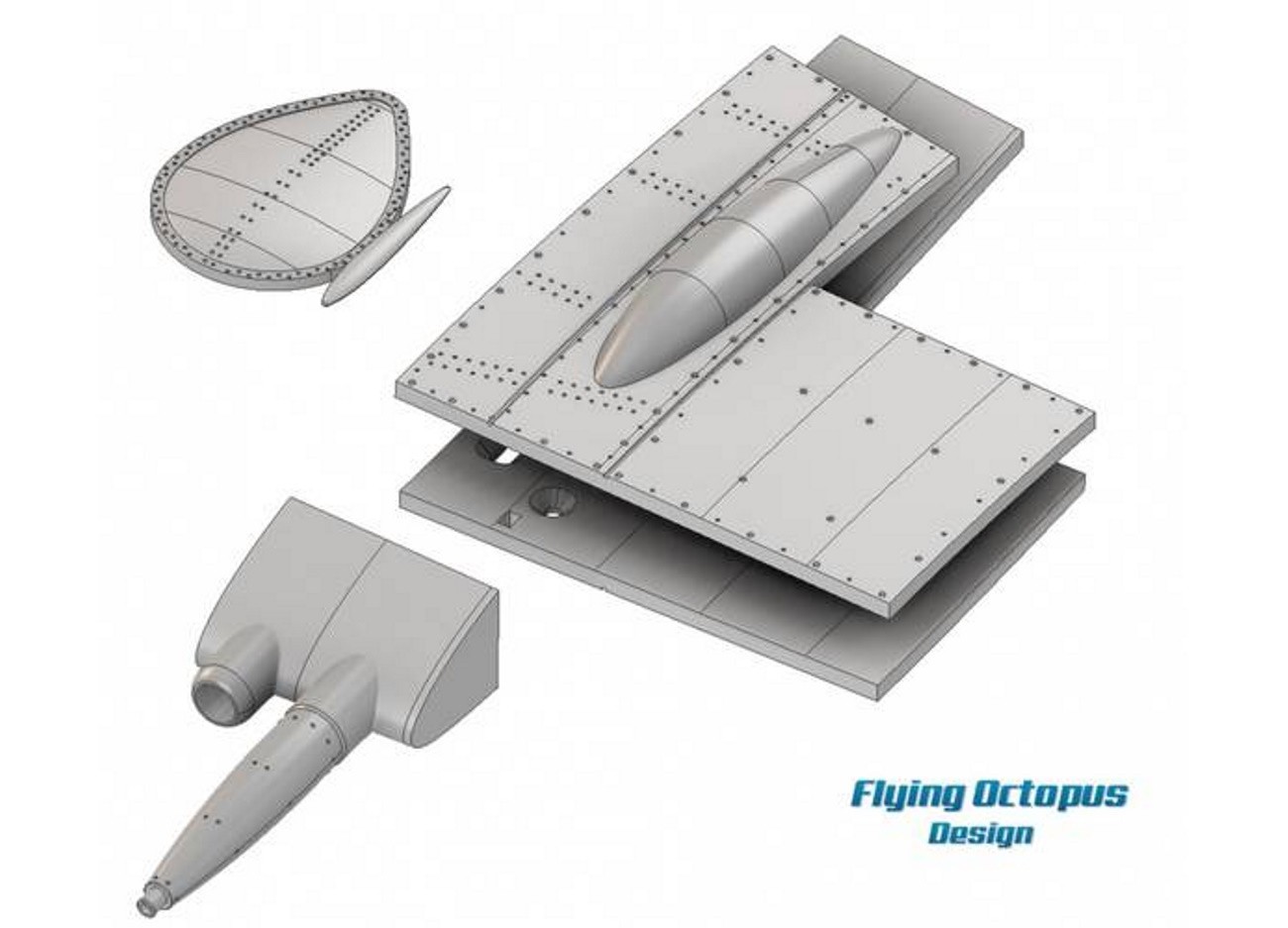 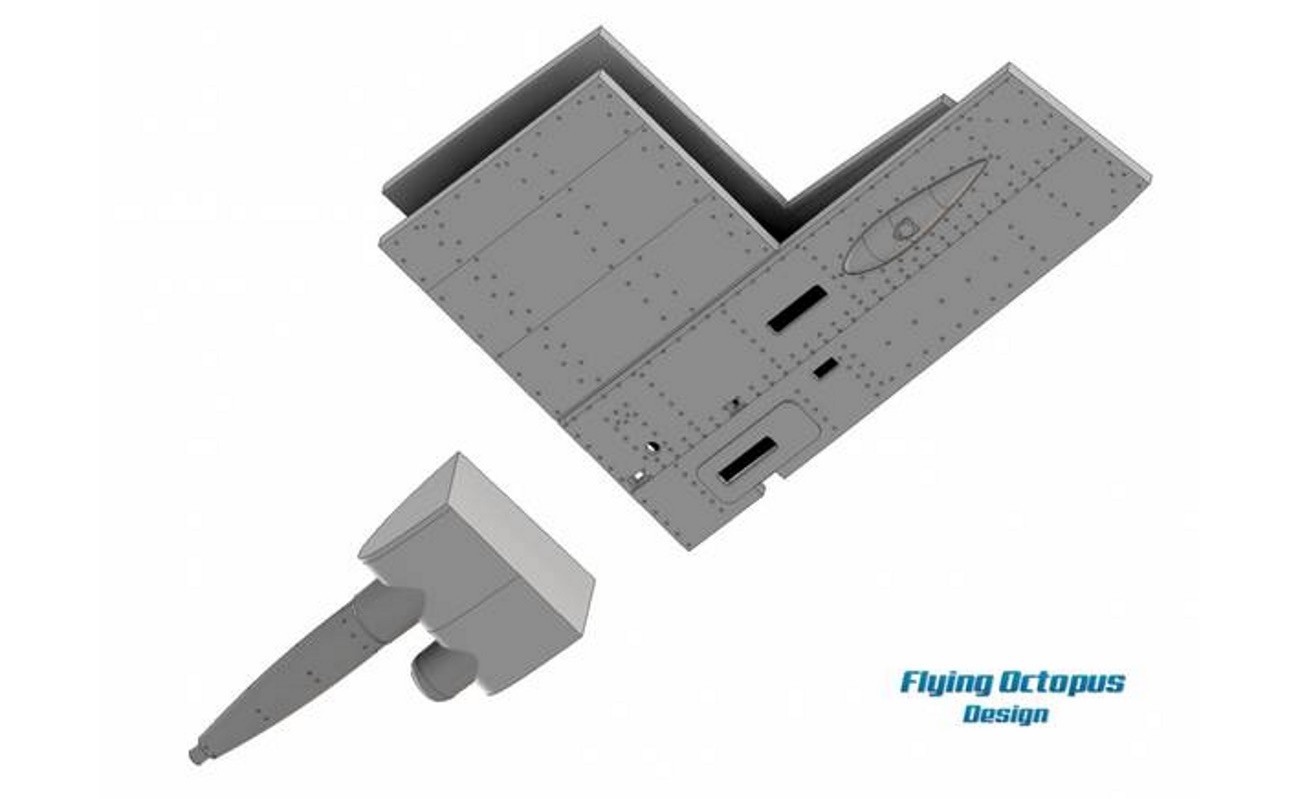 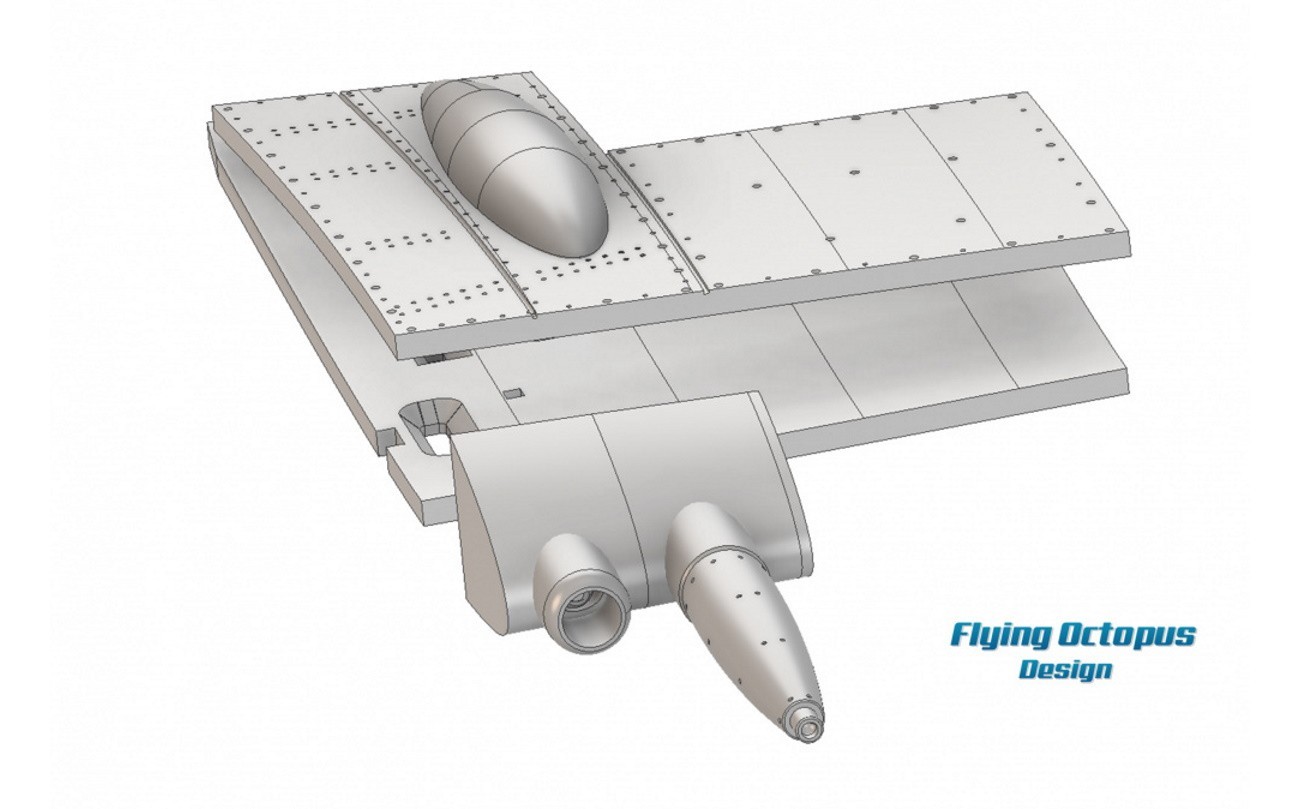