Merlin
Editor
posted on 2 weeks ago — updated on 1 week ago
545
views
CMK have released a quartet of resin upgrade sets to give a major overhaul to Airfix's 1:72 Spitfire Mk. Vc. 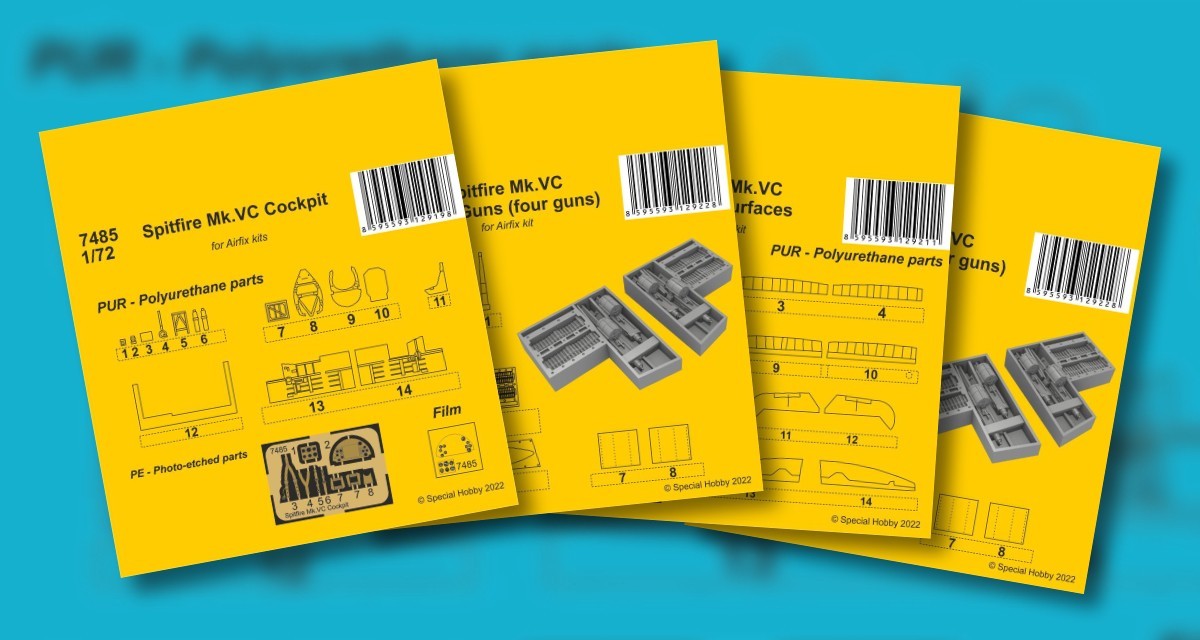 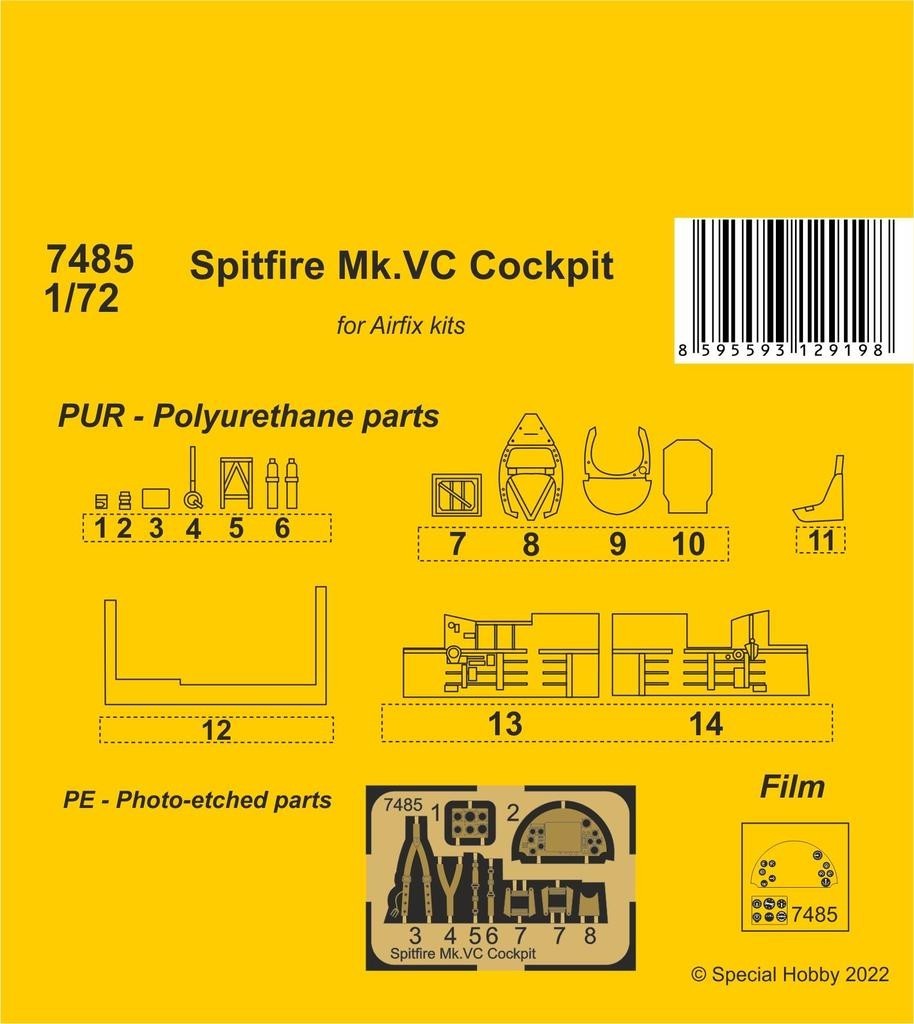 Detail-crammed resin cast set for the new Airfix Spitfire Mk. Vc model. Direct replacement to the complete styrene cockpit which lacks many of the details. 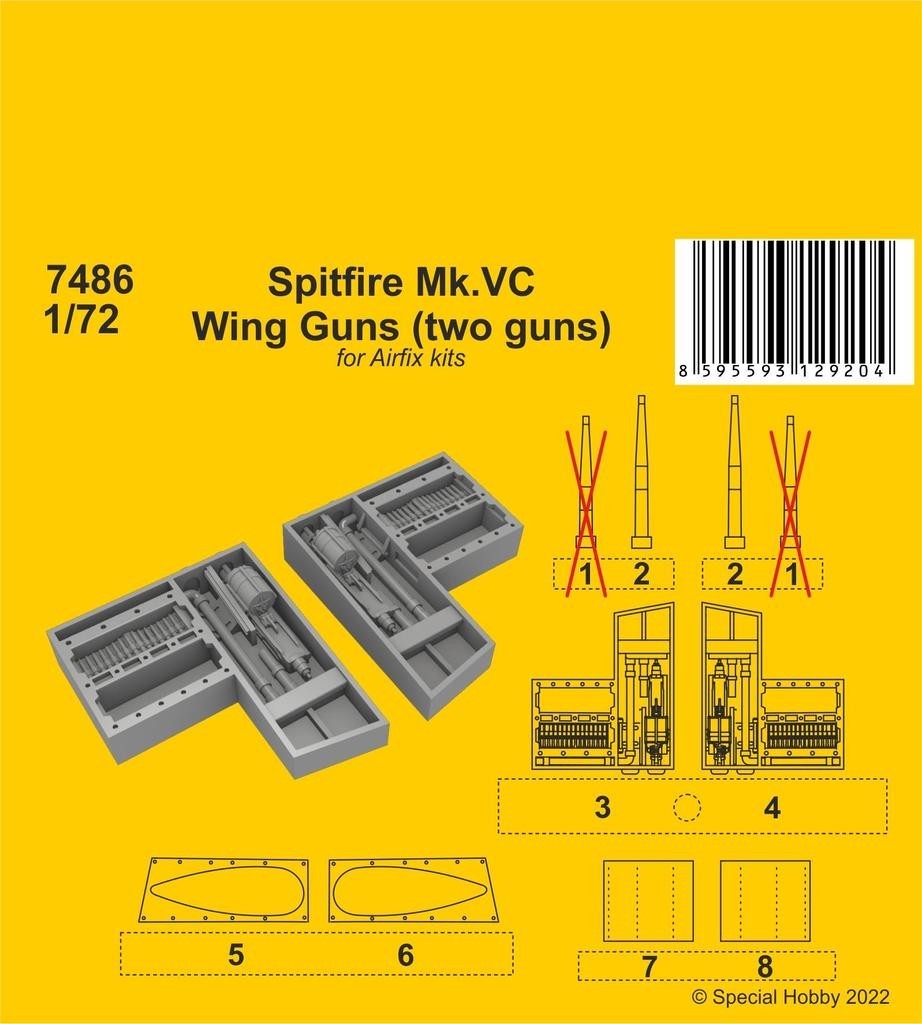 Open cannon compartments and 20mm ammunition boxes for the new Mk. Vc Spitfire as produced by Airfix. This set is designed for Spitfires with two 20mm cannon and 4 .303 machine guns. 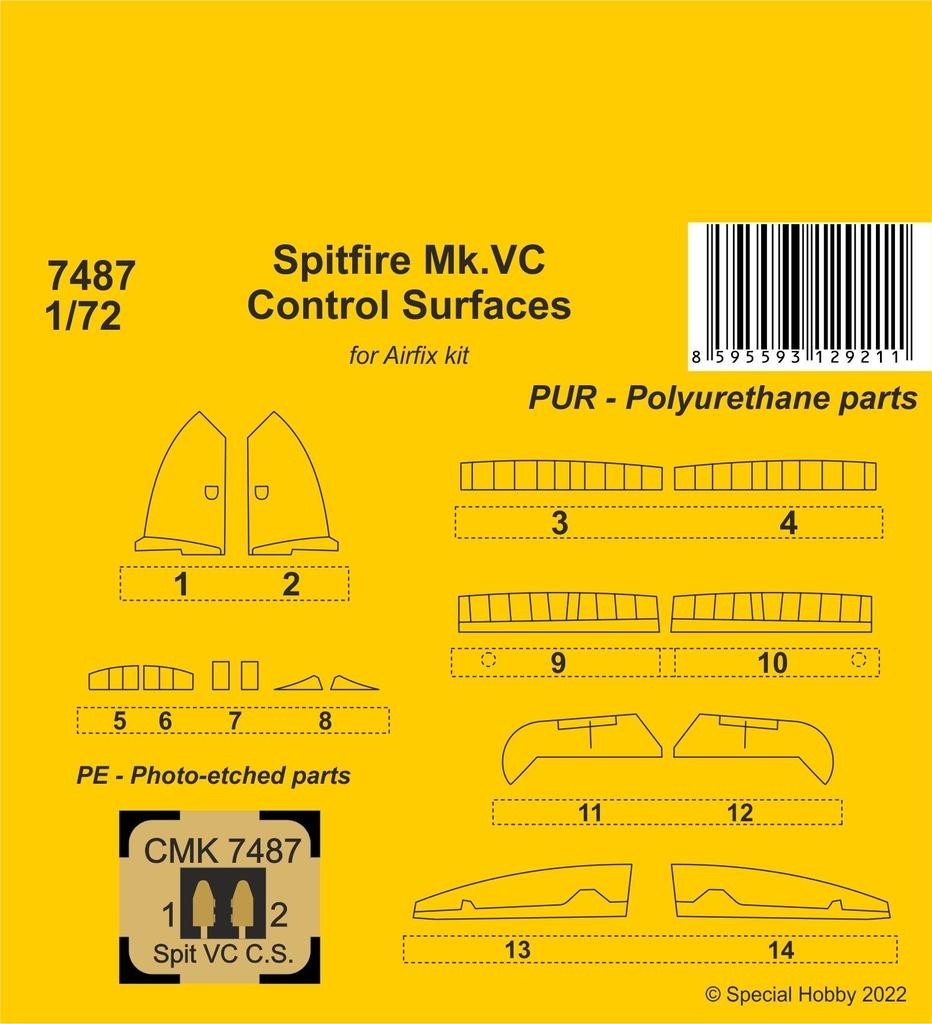 Flaps down, separate ailerons, separate elevators and rudder, this is the content of our Control Surfaces set. 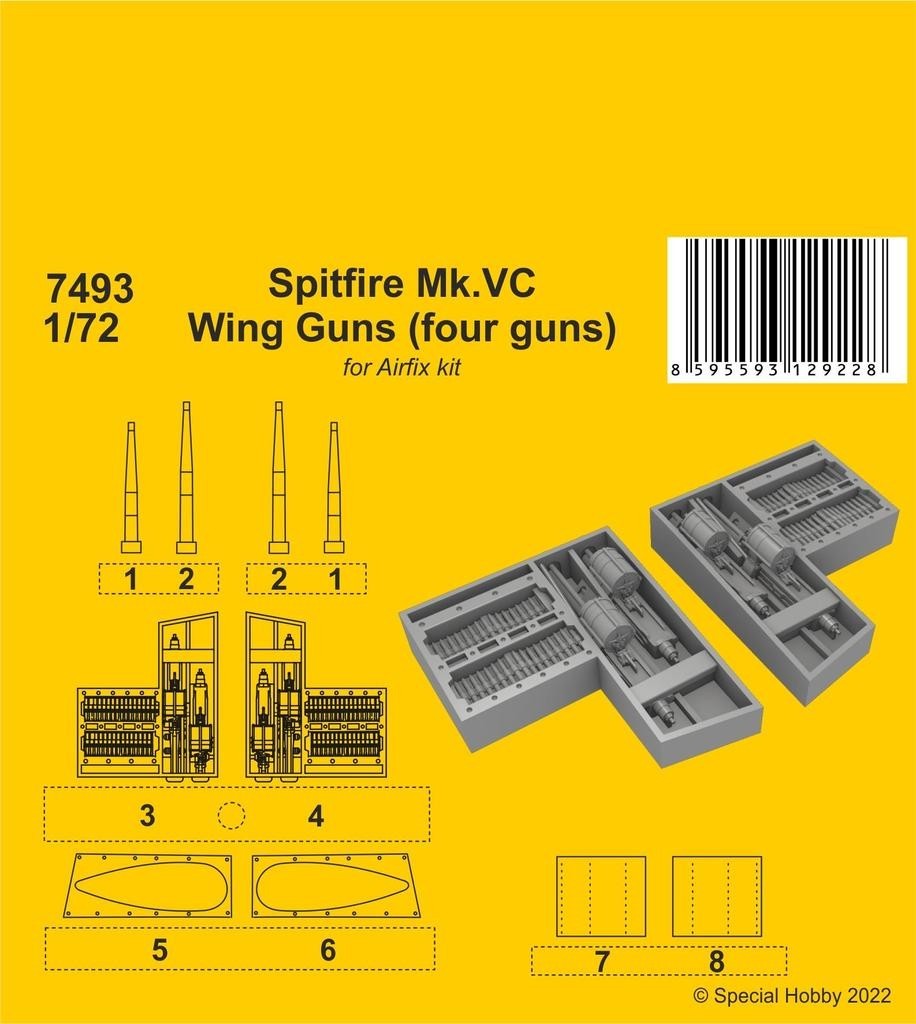 Open cannon compartments and 20mm ammunition boxes for the new Spitfire Mk. Vc from Airfix. This set is meant to be used with the 4x 20mm cannon variety.

All sets are available now from Special Hobby.