Litespeed
Editor
posted on 2 months ago — updated on 1 month ago
763
views
Eduard continue the narrative of the early Spitfire Marks with this 1:48 scale canon armed Spitfire Mk.IIb, spitting a different sort of fire 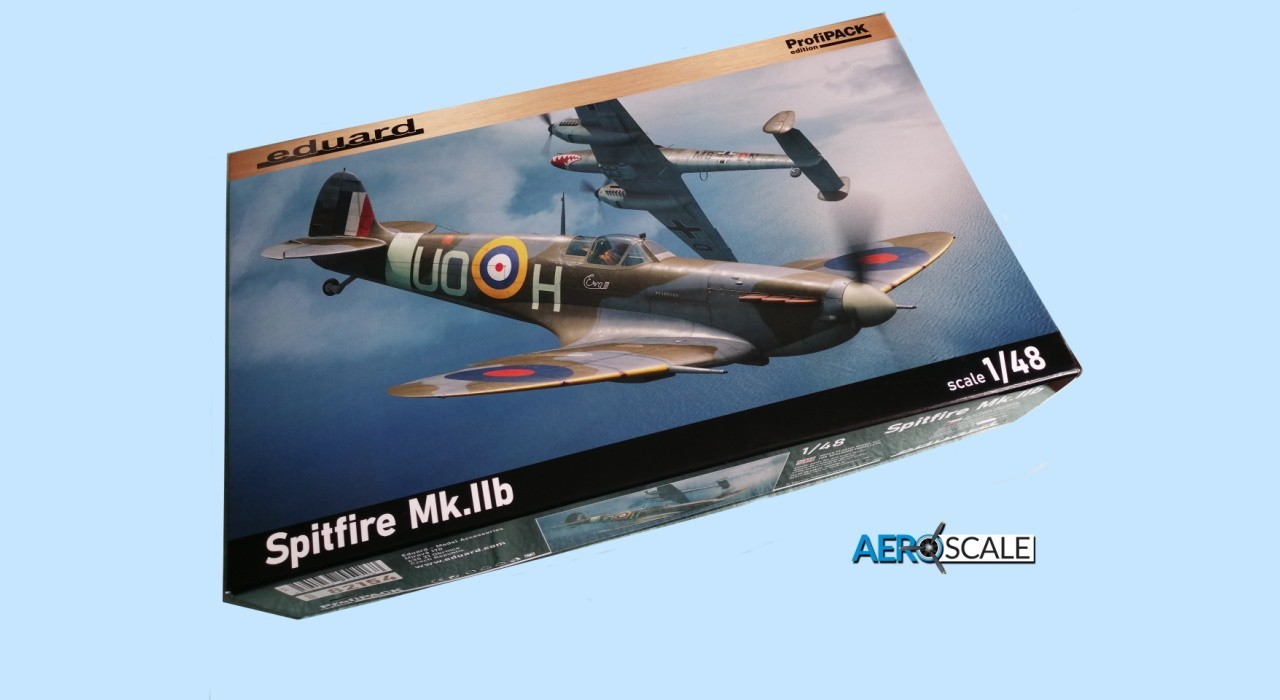 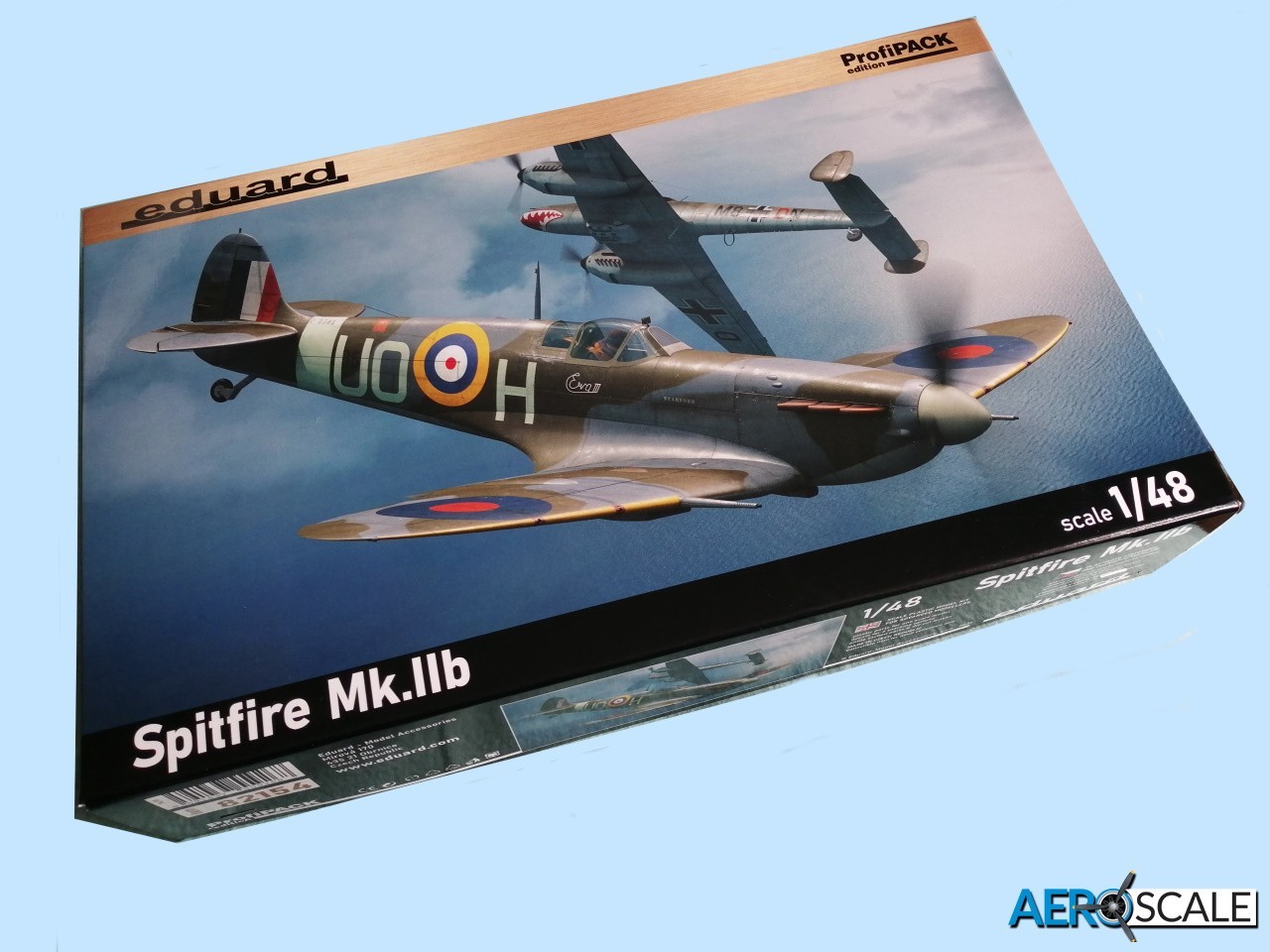 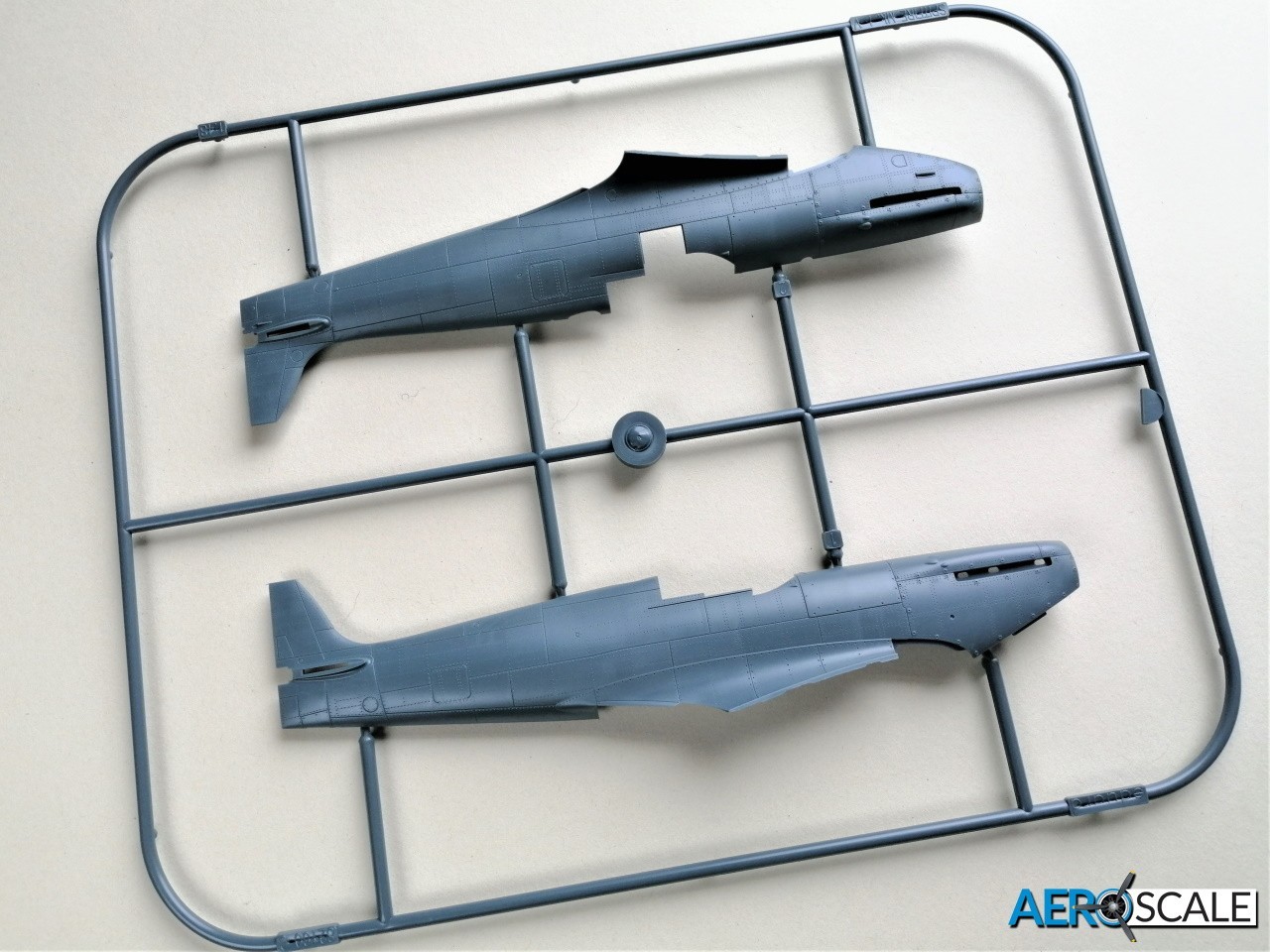 The Spitfire Mk.II was a Mk.I airframe but powered by the more powerful 100 Octane fuelled Merlin XII. A small fairing on the right side of the nose, immediately behind the propeller was the location of the factory fitted cartridge starter. The Merlin XII was equipped with a motor driven hydraulic pump that retracted the landing gear, so all Mk.IIs abandoned the manual system with the associated large lever. Mk.IIs came out of the factory with full armour protection, including the windscreen, and had rear view mirrors. The laminate seat was feature exclusive to the Mk II. Four of the eight 7.7mm Browning machine guns were replaced by two 20mm Hispano-Suiza canons. The G.42B camera was fitted to record gun kills. The first MK.II’s were fitted with TR.9D shortwave radios, but these were quickly replaced by TR.1133 VKV units.The latter were characterized by the absence of the aerial wire from the mast behind the cockpit. Another standard feature involved the installation of the IFF system, and this included the aerial wires that led from the fuselage side to the leading edges of the horizontal stabilizers. Significant was the installation of the automatic Rotol RX5 propeller in the form of the RX5/1 [metal] or the RX5/3 [wood]. Some Mk.IIb were equipped with a De Havilland5/39A propeller. 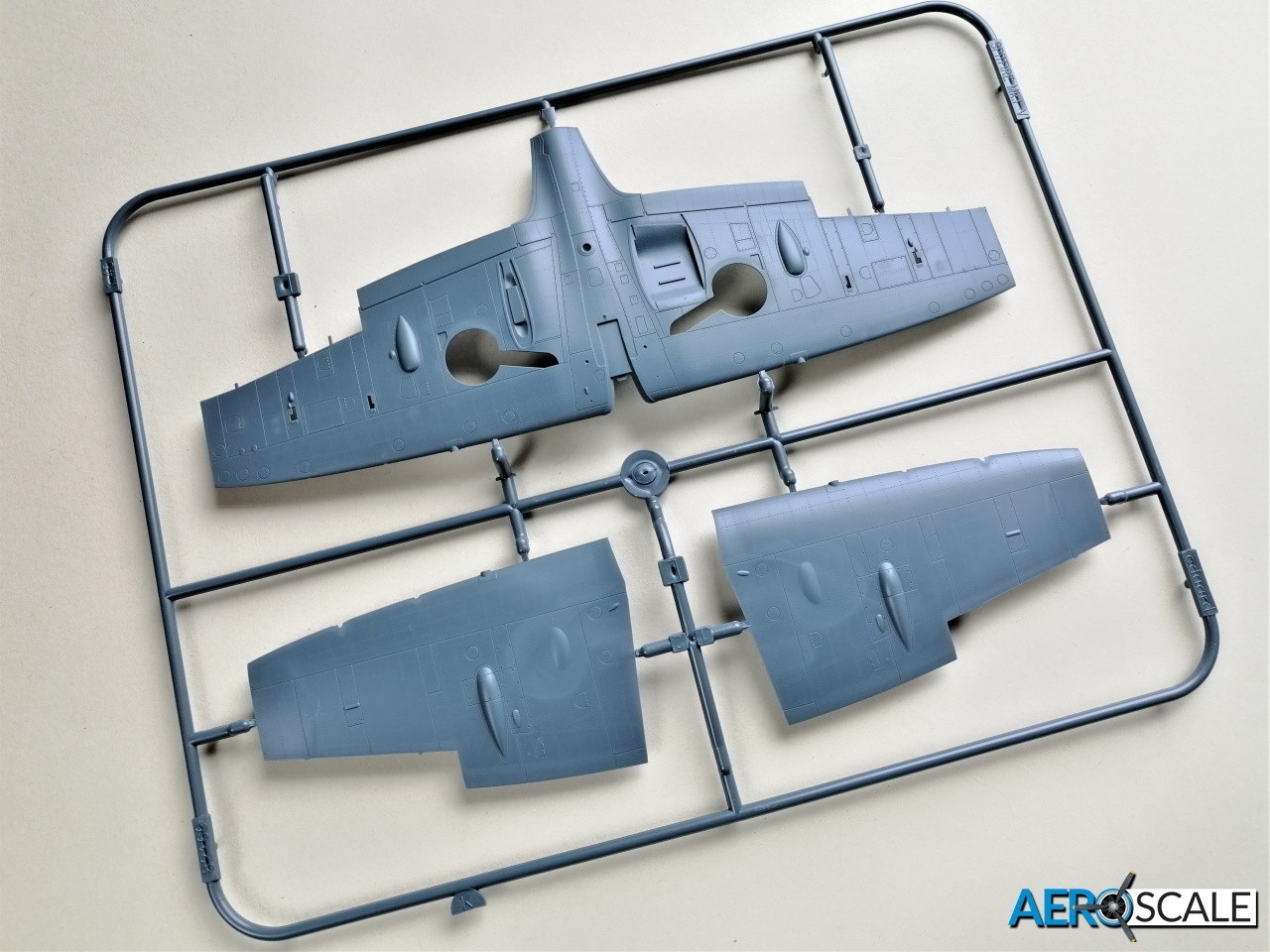 The installation of the canon gave the Mk.IIb a greater chance of bring down bombers. It would also be a highly effective weapon in the ground attack role for offensive sweeps across northern France. A few Mk.II's were subsequently converted to Mk.V standard with the installation of the Merlin 45. 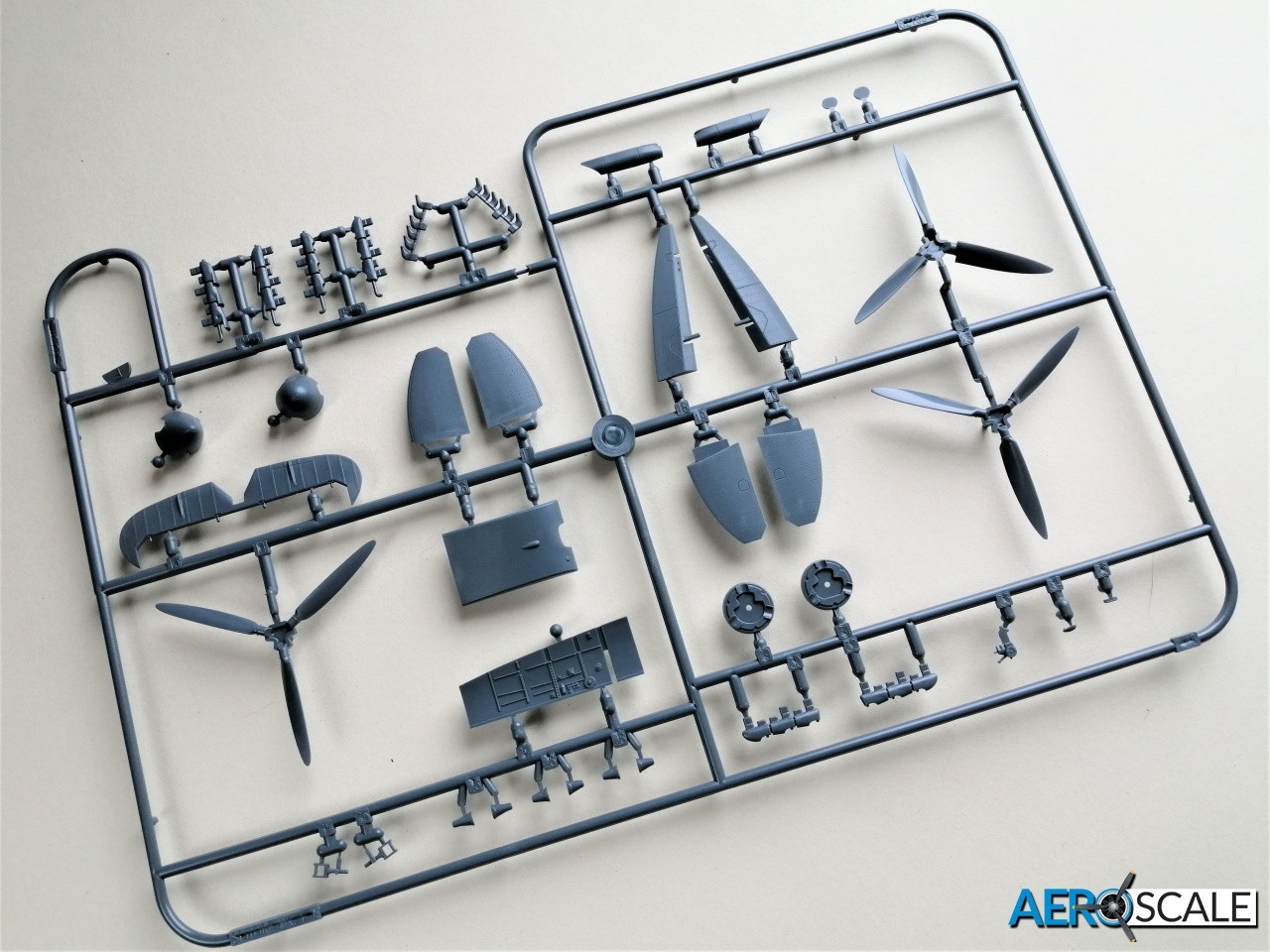 Eduard continue the early Spitfire narrative with this release of this canon armed quarter scale Spitfire Mk.IIb ProfiPACK. If you have Eduard’s Spitfire Mk.IIa then a lot of the features of this kit will be familiar. One significant difference is the new wing incorporating additional tear shaped blisters above and below the wings for the canons. As with all recent Eduard releases the first thing that draws the eye is the wealth of subtle and consistent recessed and raised detail. You can see a difference between the fasteners and the rivets, even the piano hinges are reproduced on the lower wing access panels and radio hatch. The forward fuselage features the slightly raised armour plating around the fuel tank and a couple of air scoops just by the windscreen. Another feature is how fine the attachment points of the parts are to the sprues. 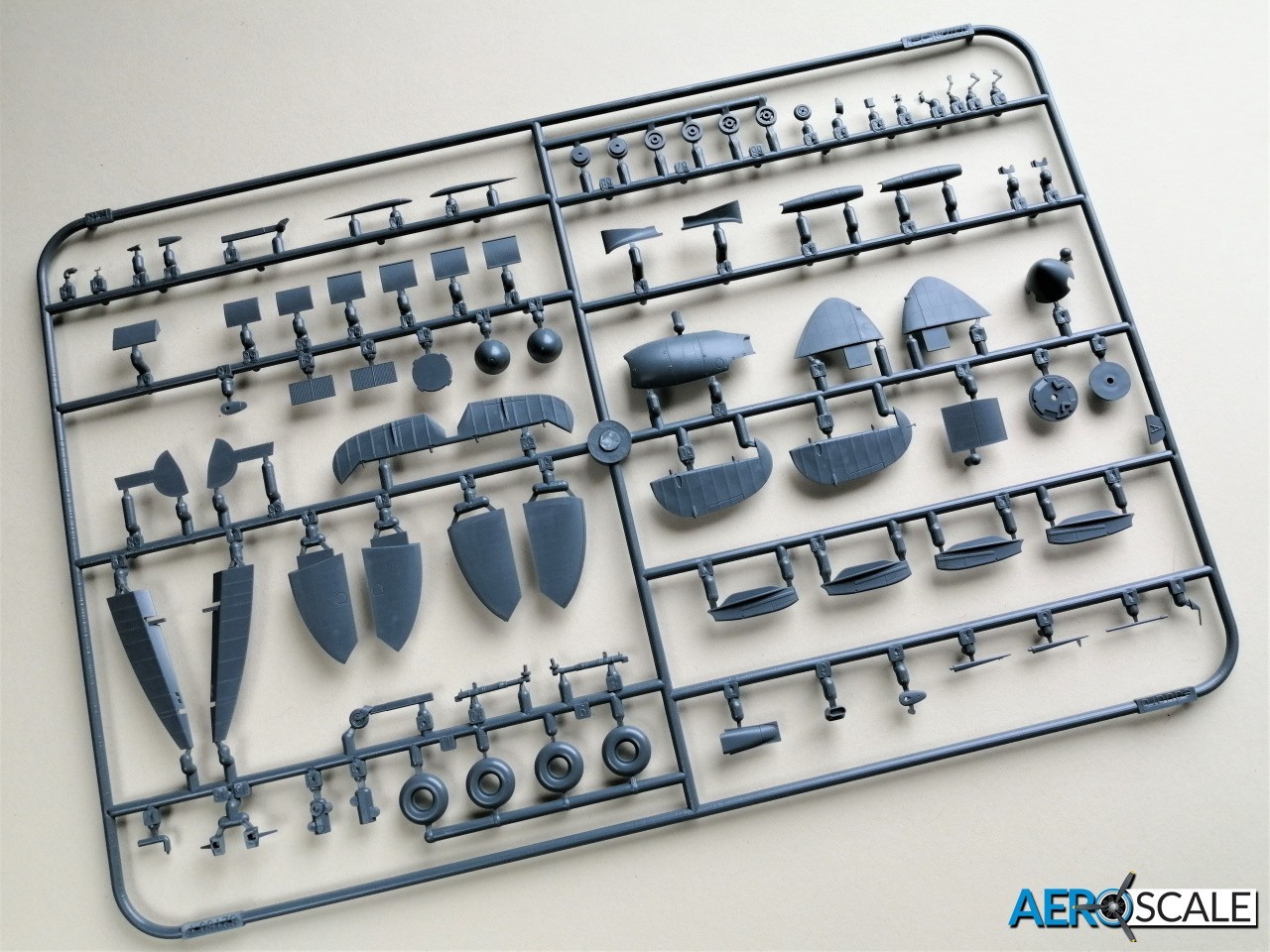 There are quite a few plastic and PE parts to detail the cockpit. Eduard has decided to create the cockpit as a separate part. Attention to detail is excellent and includes the full-length Sutton seat harness extending back into the fuselage. The seat has an optional plastic flare rack,although there is a PE flare rack if you want a slightly more detailed item.The control stick is made up of a number of plastic parts including a PE part.Oddly the instructions show the fitting of the landing gear pump handle fitted to the Spitfire Mk.I. The Spitfire Mk.II had a hydraulic pump that operated the main gear.  So, you might want to omit this part. The instrument panel [IP] can be done using the pre-coloured photo etched parts, plastic or decal. There are three small sets of decals for the IP. There is some intricate work needed to install the PE hinge for the cockpit door, but a worthwhile one if you’re displaying the door open.