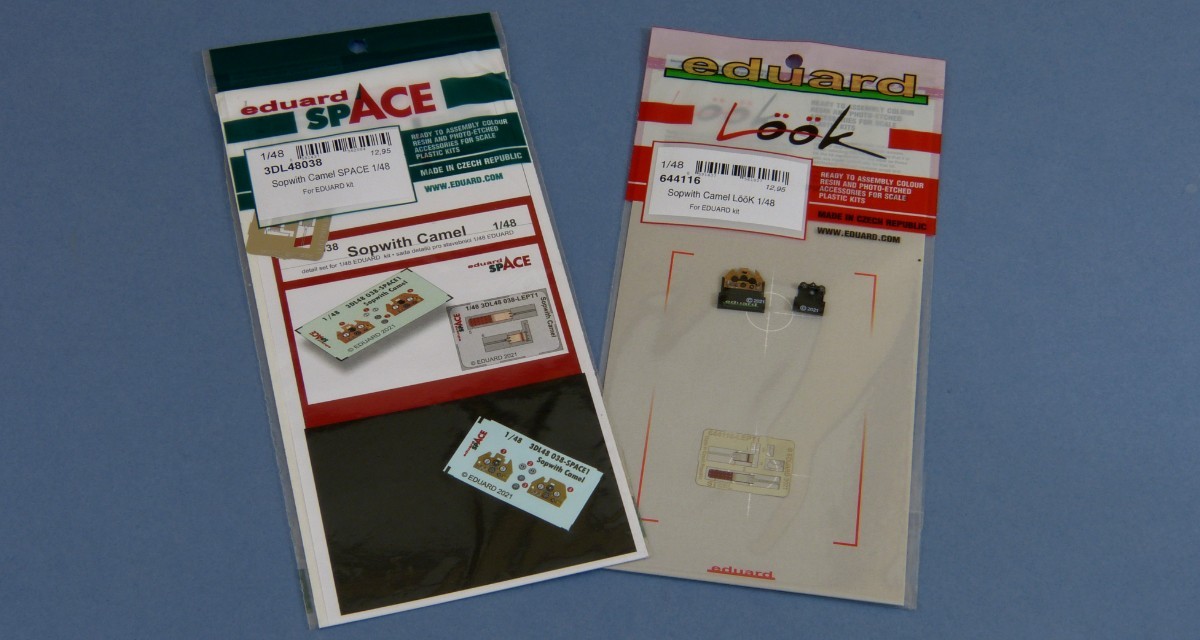 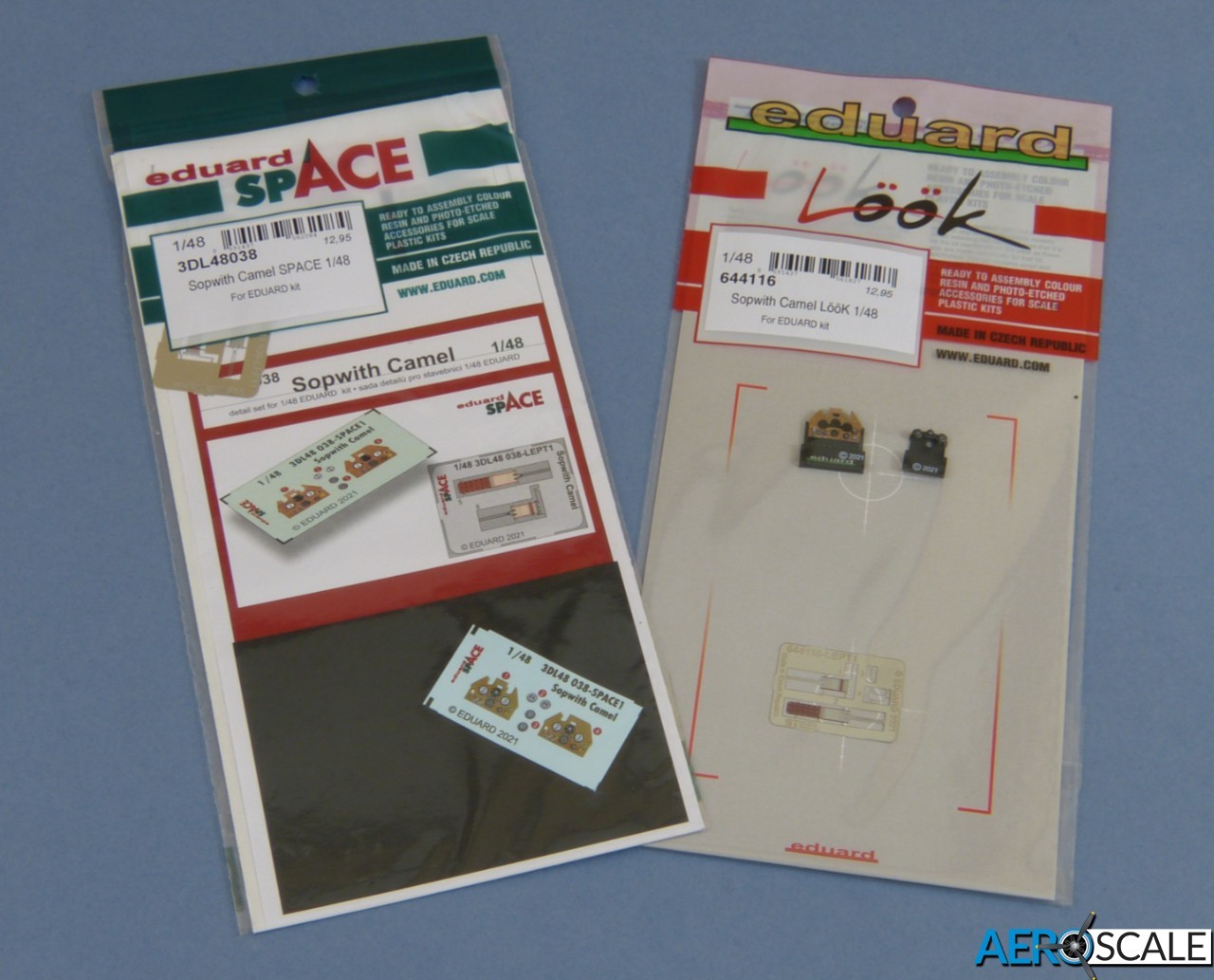 The first release of Eduard’s new Camel is a limited edition Profi-PACK dual-combo, complete with a pre-coloured photo-etched instrument panel as one of the options, so you could justifiably argue that it doesn’t need an aftermarket replacement. But simpler Weekend Edition Camels surely can’t be far off, and that’s where the two alternative sets here will really begin to score.

Eduard have taken very different approaches with the two current sets, one being pre-coloured LööK resin and the other produced as SPACE 3D decals. Both have their pros and cons as we’ll see. Each set also includes a small fret of photo-etched accessories.

Starting with the LööK panel, this comprises two resin parts which are beautifully crisply cast. You’ll need to open up the flashed-over holes in the main panel to insert the set of instrument bezels from the back.

The main panel features a surprisingly good woodgrain effect that rivals many efforts with a paintbrush. To the naked eye, both the panel and the bezels look excellent, but the close-up photo reveals a slight mis-register in the printing (if that’s the correct term), so the instrument faces don’t quite sit in the bezels correctly in the sample set. This may vary between sets, so it’s worth taking a close look if you’re purchasing in a LHS. To be honest though, the photo accentuates the offset – I think may be partly due to the drop of glazing varnish in each bezel causing some refraction.

The photo-etched fret includes a pair of pre-coloured lap belts for the pilot (identical to the harness in the Profi-PACK kit so, again, aimed at Weekend Edition releases), plus two small pieces of pipework to add to the panel.

The set is accompanied by a small, neatly illustrated sheet of instructions. 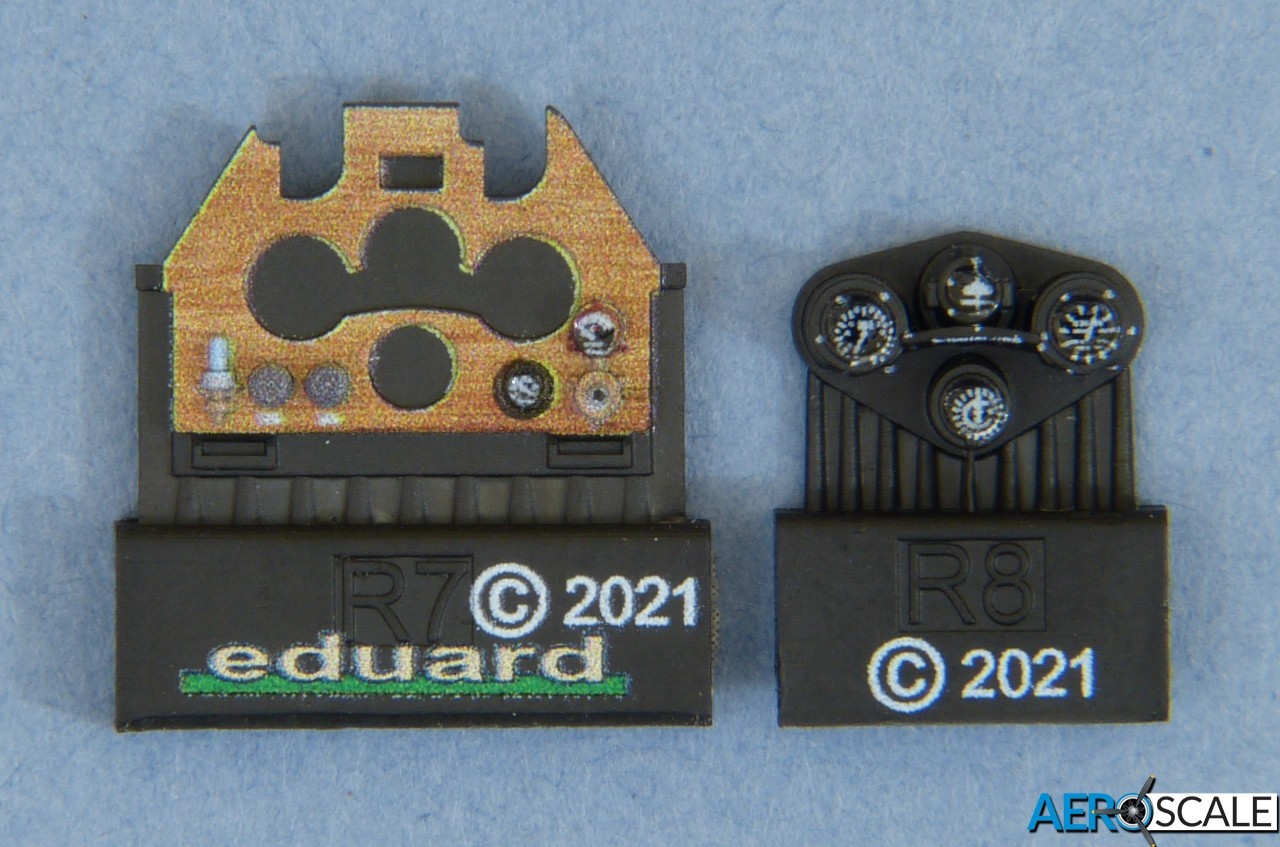 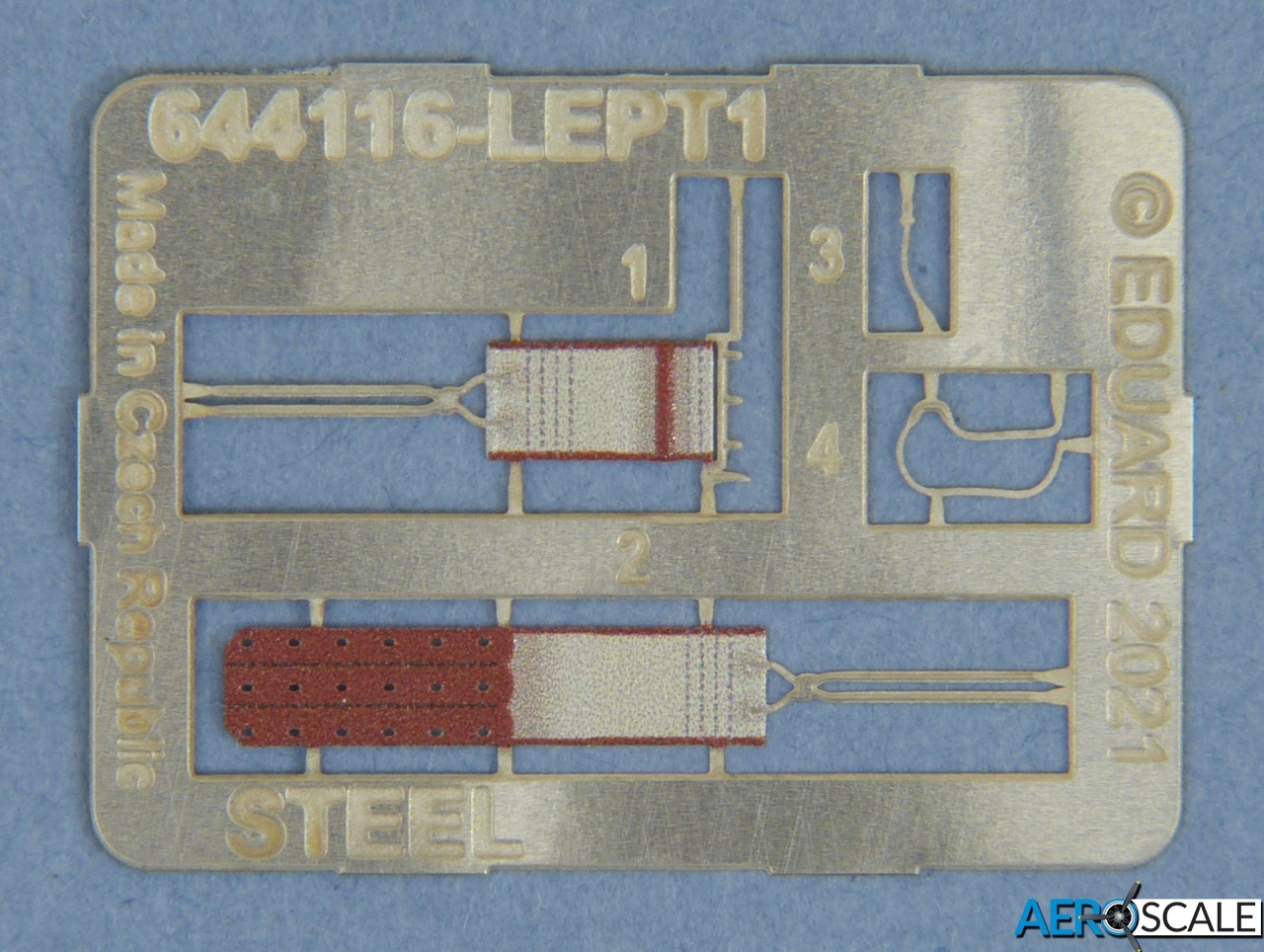 The SPACE 3D decal set actually features two instrument panels – one for a twin-Vickers gun mounting, and the other for a single fuselage-mounted Vickers. Each comprises a main panel with a pair of separate bezels to apply on top for extra depth to the detail.

This time the registration is pin-sharp and the printing is really remarkable. Against that, the physical detail on the panel doesn’t have quite the same sharpness in close-up as cast resin. Also, the wood grain effect isn’t as pronounced.

Once again there’s a pair of pre-coloured lap belts provided, but no extras for the panels this time.

The instructions are little more elaborate in this set, showing the two styles of instrument panel, plus a bit more detail on fitting the seat harness. 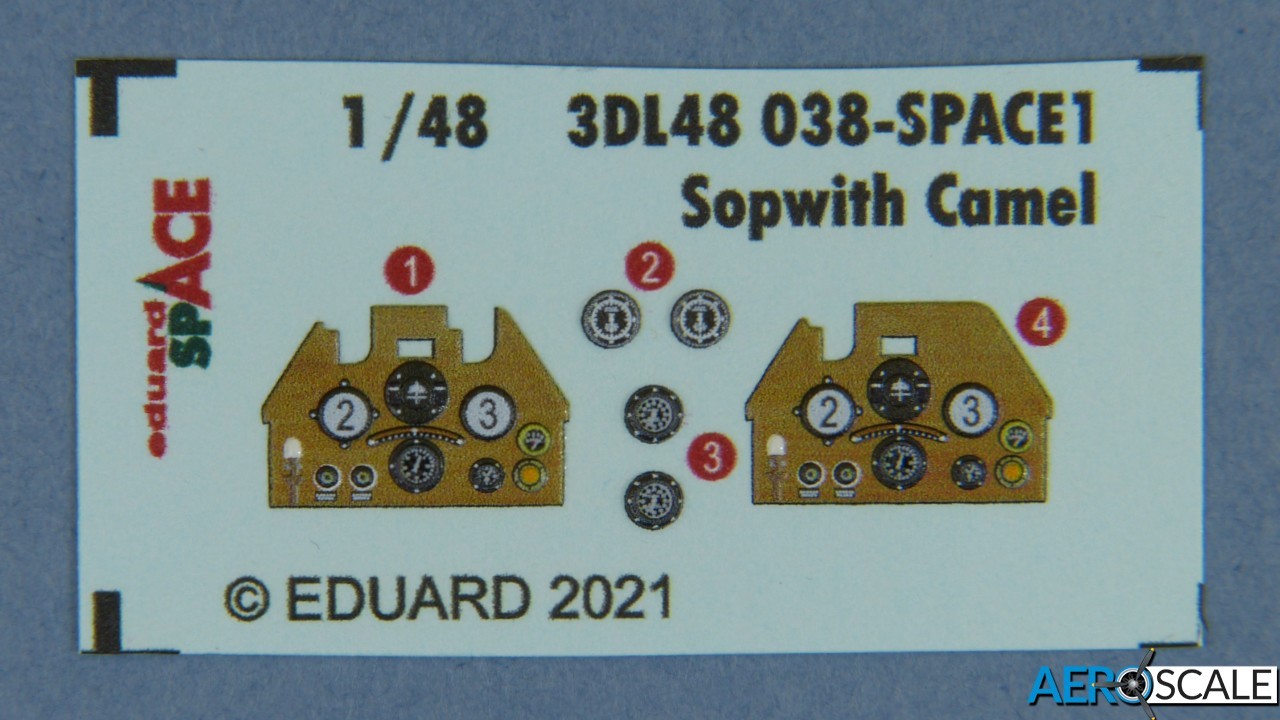 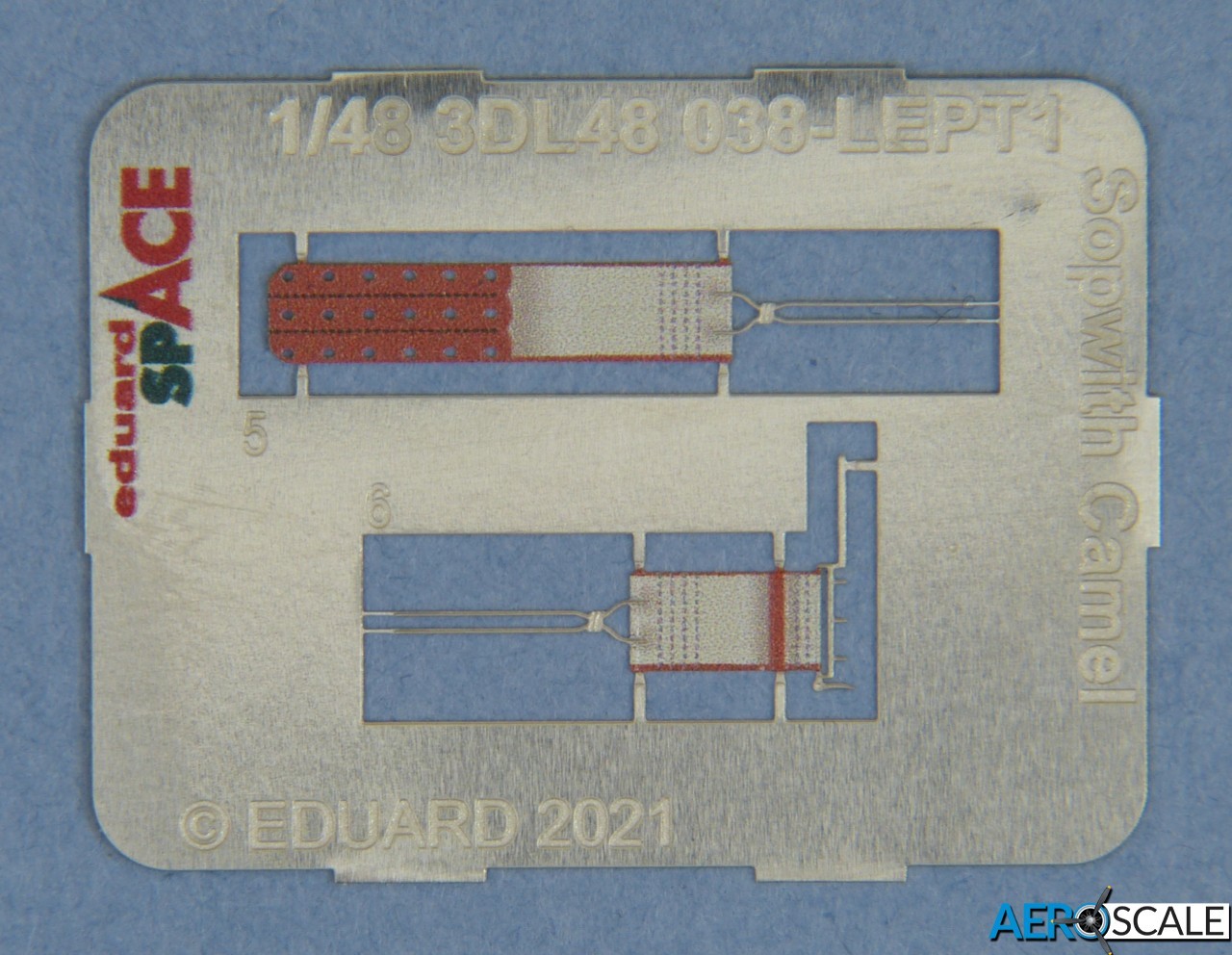 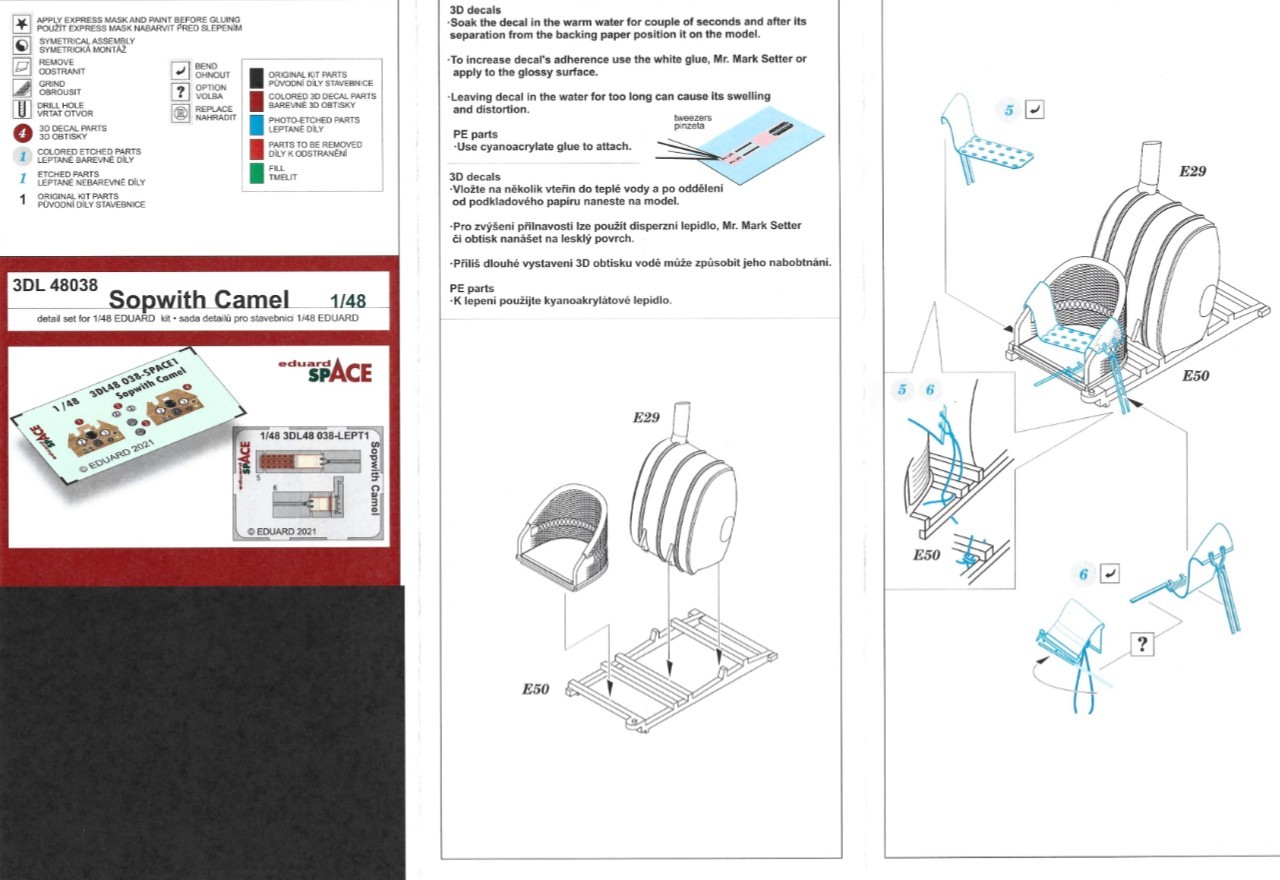 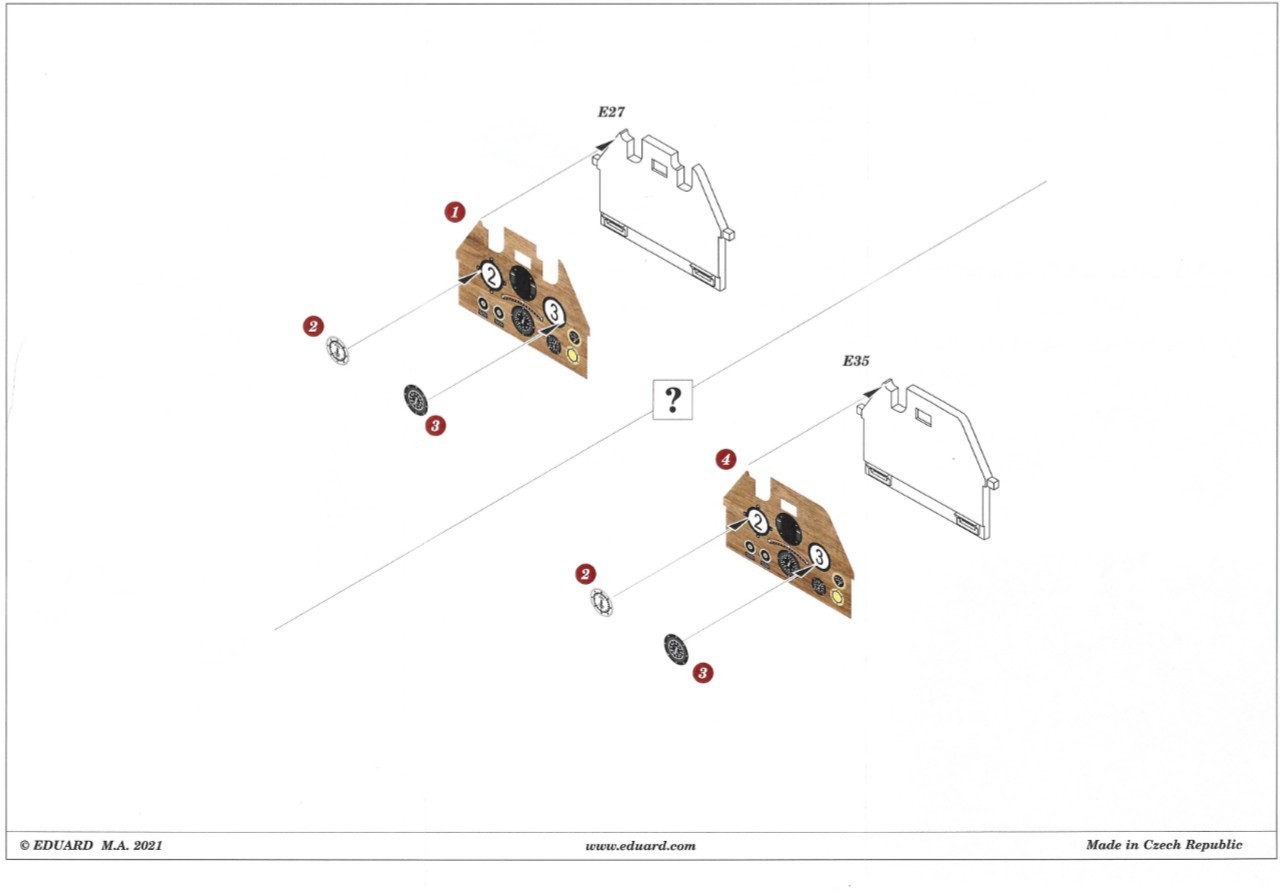 Both sets should look excellent when fitted and will really help bring the Camel’s “office” to life. The SPACE set obvious scores by including two styles of panel (note there’s only one set of seatbelts, though).

Both sets are available now from Eduard, Price: £5.42 each.

Many thanks to Eduard for providing the sample sets.