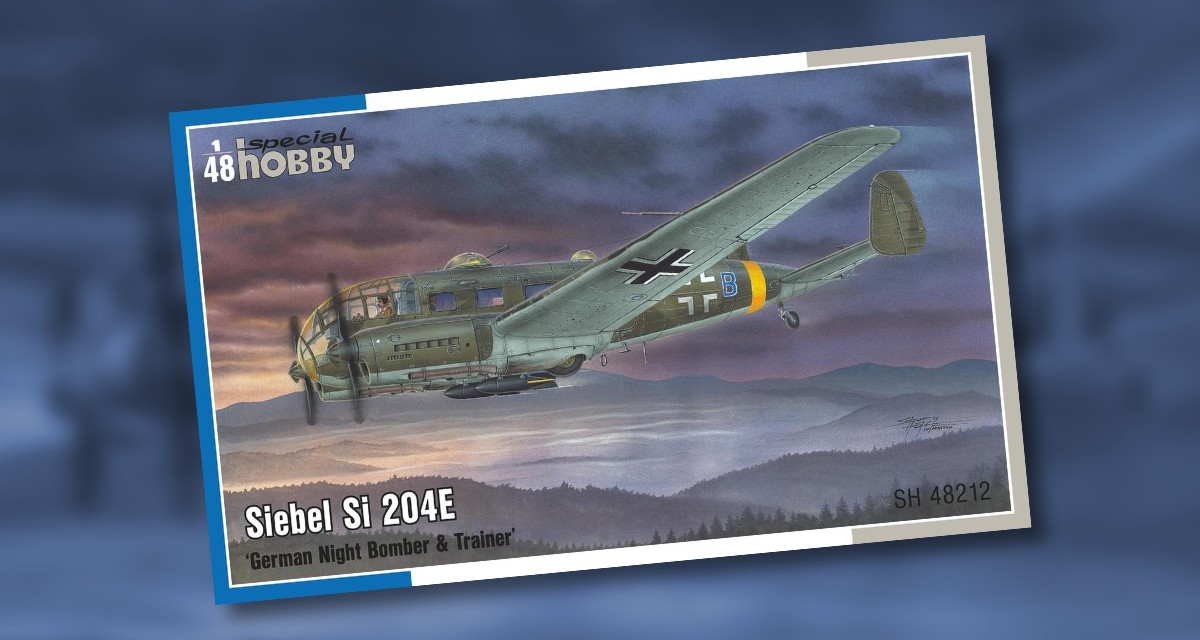 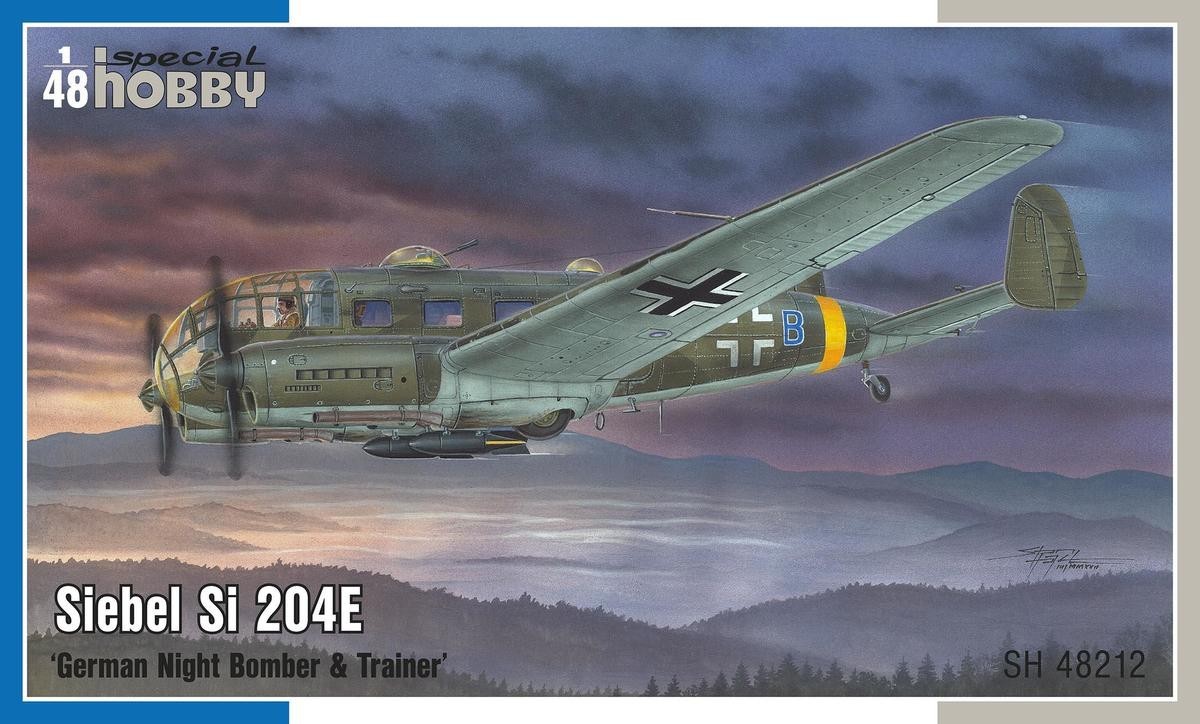 The Siebel Si 204A and Si 204D were the transport and trainer versions of the twin engined aeroplane originally built to be operated by the Lufthansa as well as (and mainly) by the Luftwaffe. In the war years, a trainer bomber version was built and later used in the night bombing role. This type was designated the Si 204E and a pair of prototypes and a small batch of Si 204E-0 production airframes were built. The planes were used in night air raids against the enemy, including operations against the Slovak National Uprising. After the war, the production went on in Czechoslovakia, the new airframes being known as the Aero C-3 type and were the mainstay of the air force bomber units well until the new Soviet jet bombers came in 1955.

The kit consists of 10 grey styrene sprues plus two clear ones, a sheet of decals with markings for three German airframes. 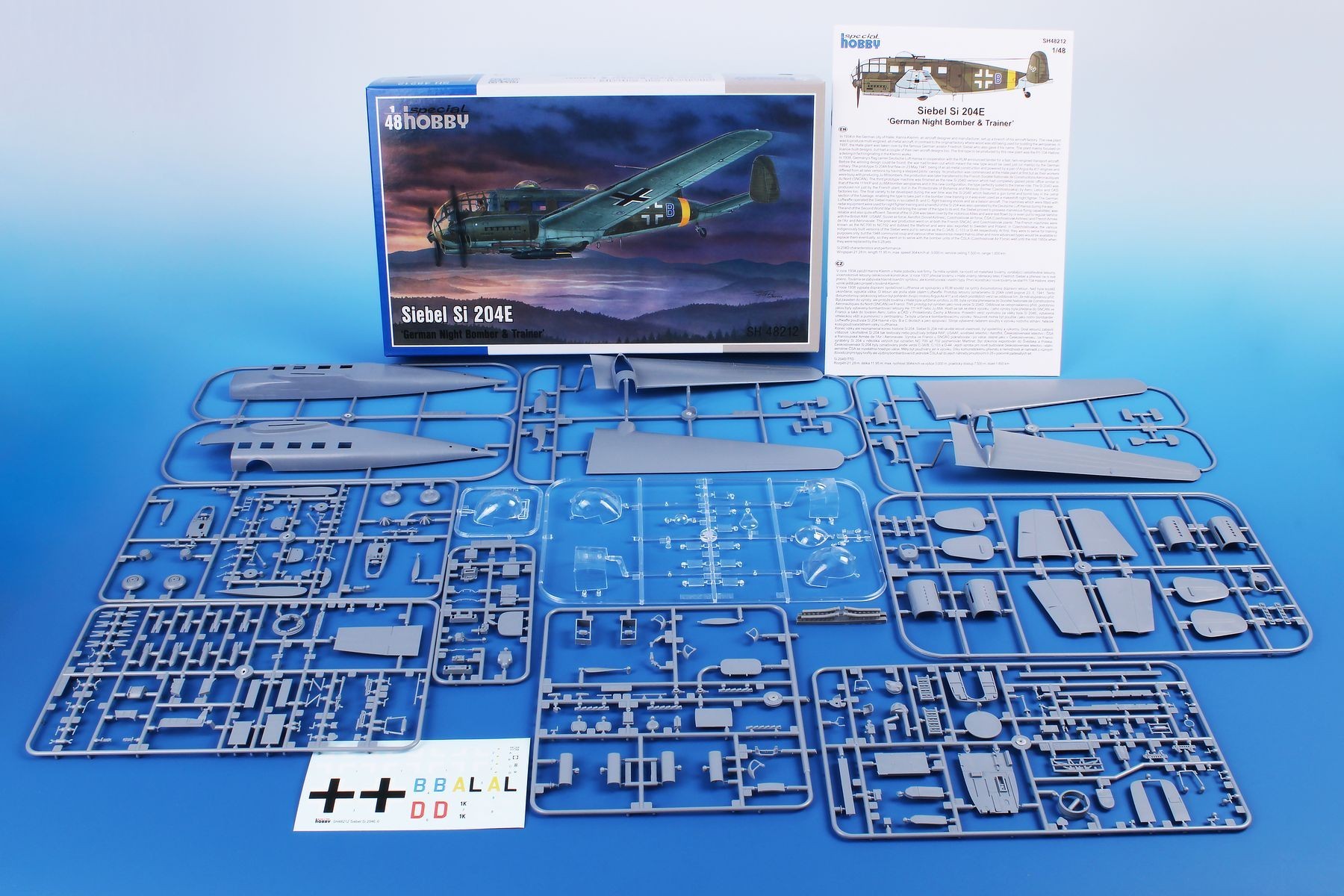 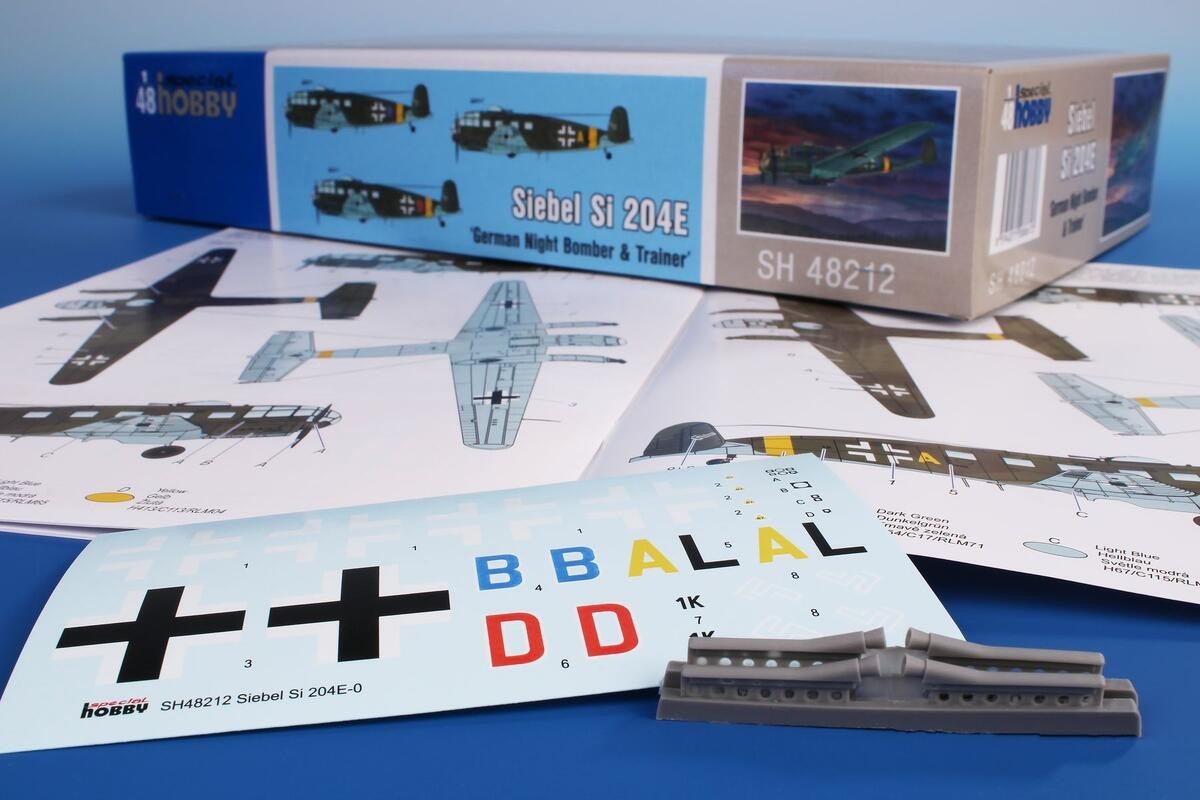