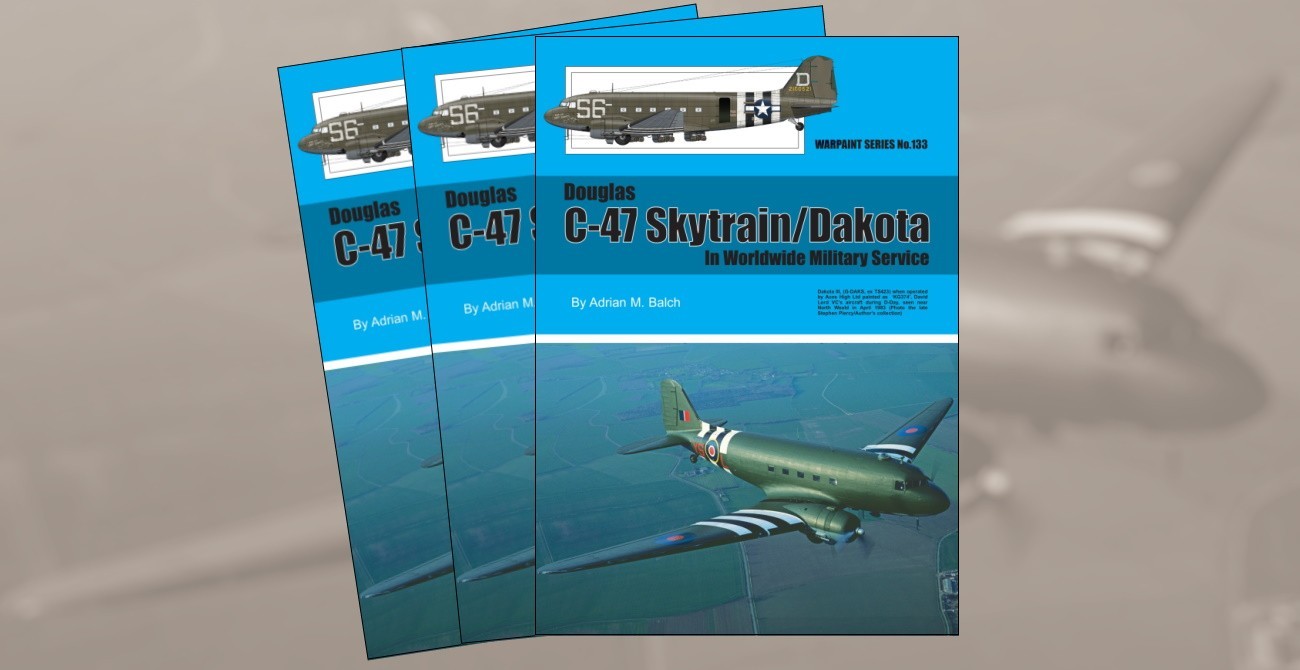 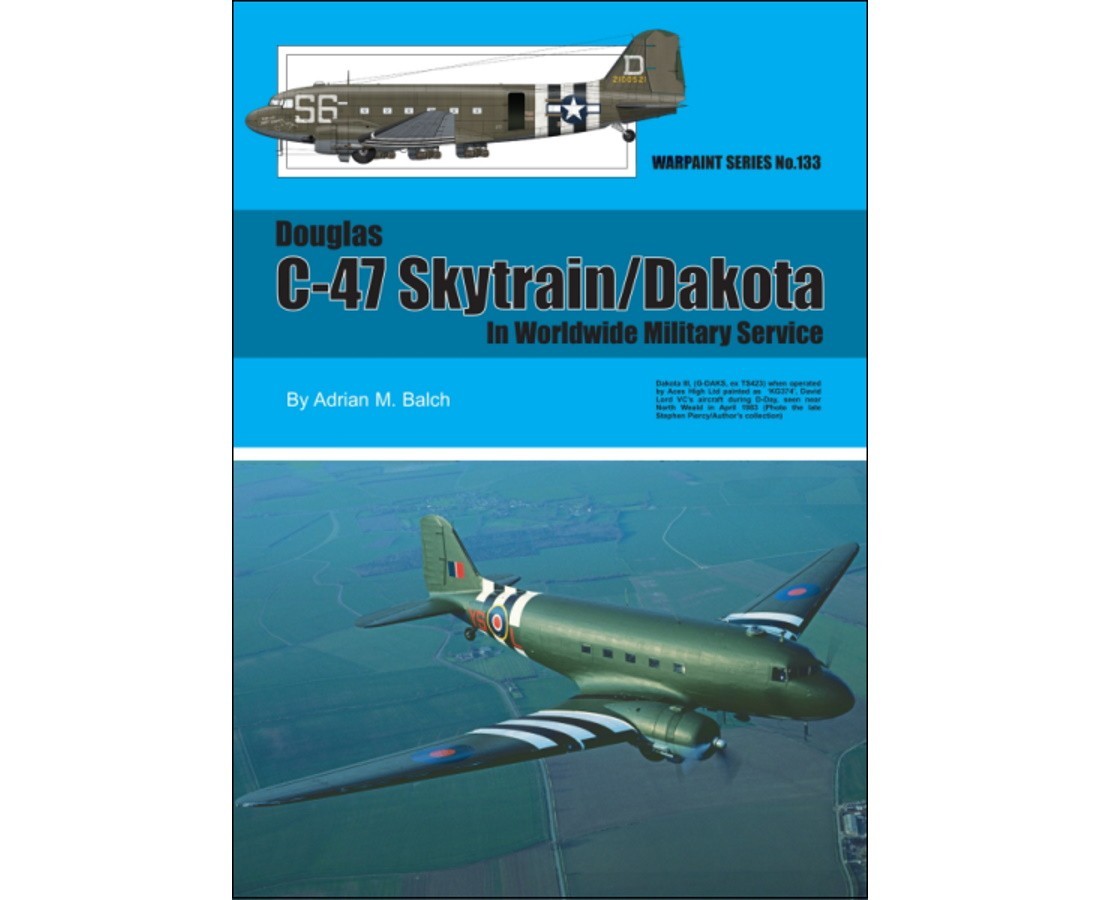 Launches at the IPMS USA Nationals, copies available to purchase at the show. https://tinyurl.com/Warpaint-133

"When the prototype Douglas DC-3 – actually a DST Douglas Sleeper Transport first flew from Clover Field, Santa Monica, California on Sunday 17 December 1935, Donald Wills Douglas never imagined that the production run would total more than 10,000, with more licence built in Russia and Japan, let alone many would be still be flying 86 years later, the C-47 being perpetuated by turbo-prop conversions, seeing the type probably still fly-ing to see its 100th anniversary! Arguably the most famous transport aircraft of all time, the DC-3 and C-47 has been operated by just about every country in the world in service with their airlines and military air arms. This  Warpaint has not skimped on the colour schemes and markings used by military operators, the C-47 being named by the USAAF as the Skytrain and the RAF and Commonwealth countries as the Dakota, both names being adopted worldwide. This lavish and extensive Warpaint by author Adrian Balch in-cludes over 300 photographs of military C-47s, nearly all in colour, accompanied by 10 pages of colour profiles by artist Sam Pearson making this the most comprehensive refer-ence to colours and  markings for modellers and historians on the type to date"..........Guideline Publications 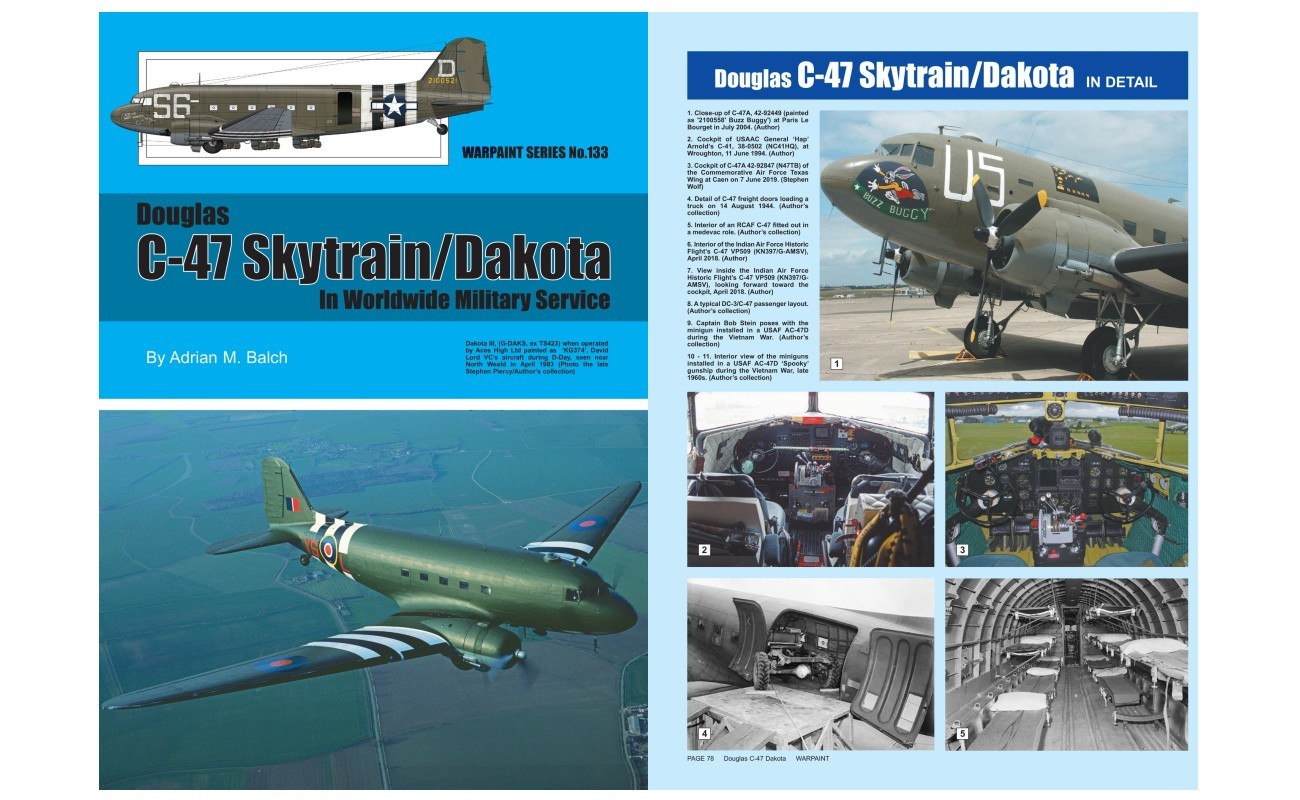 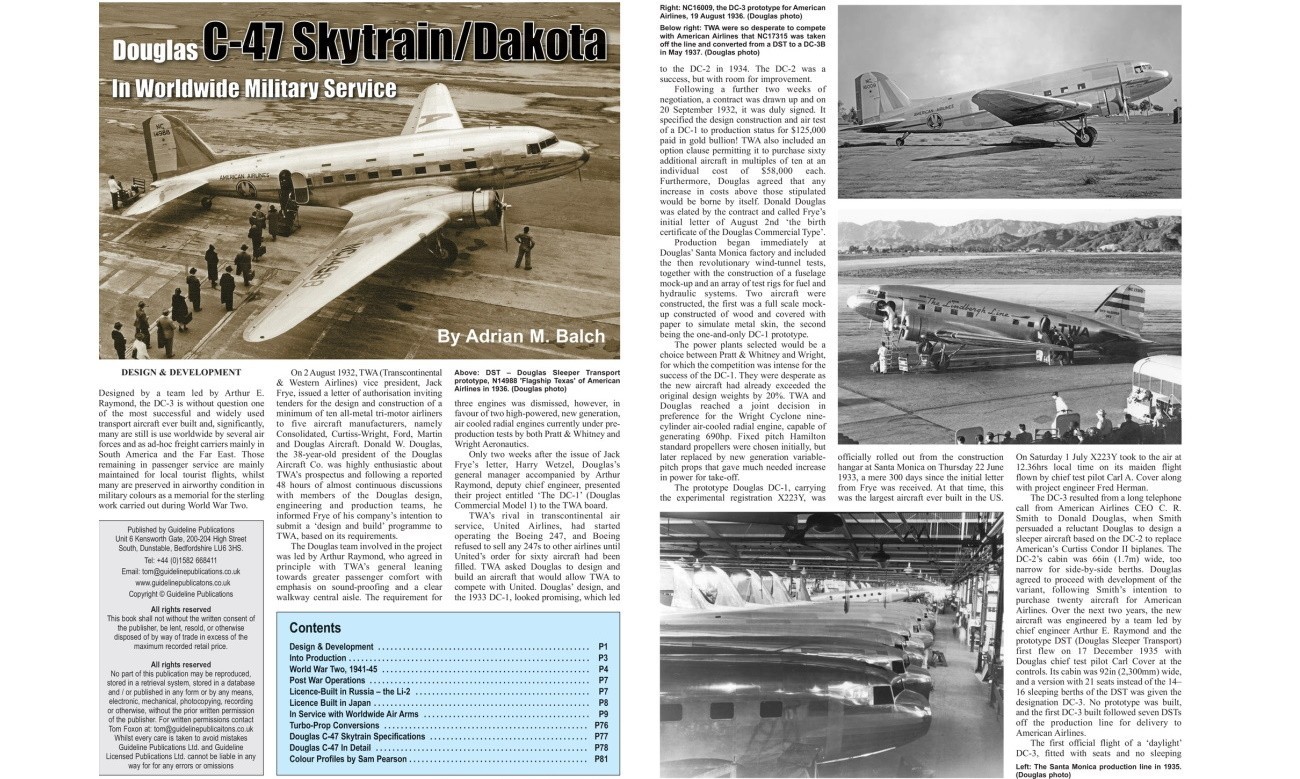 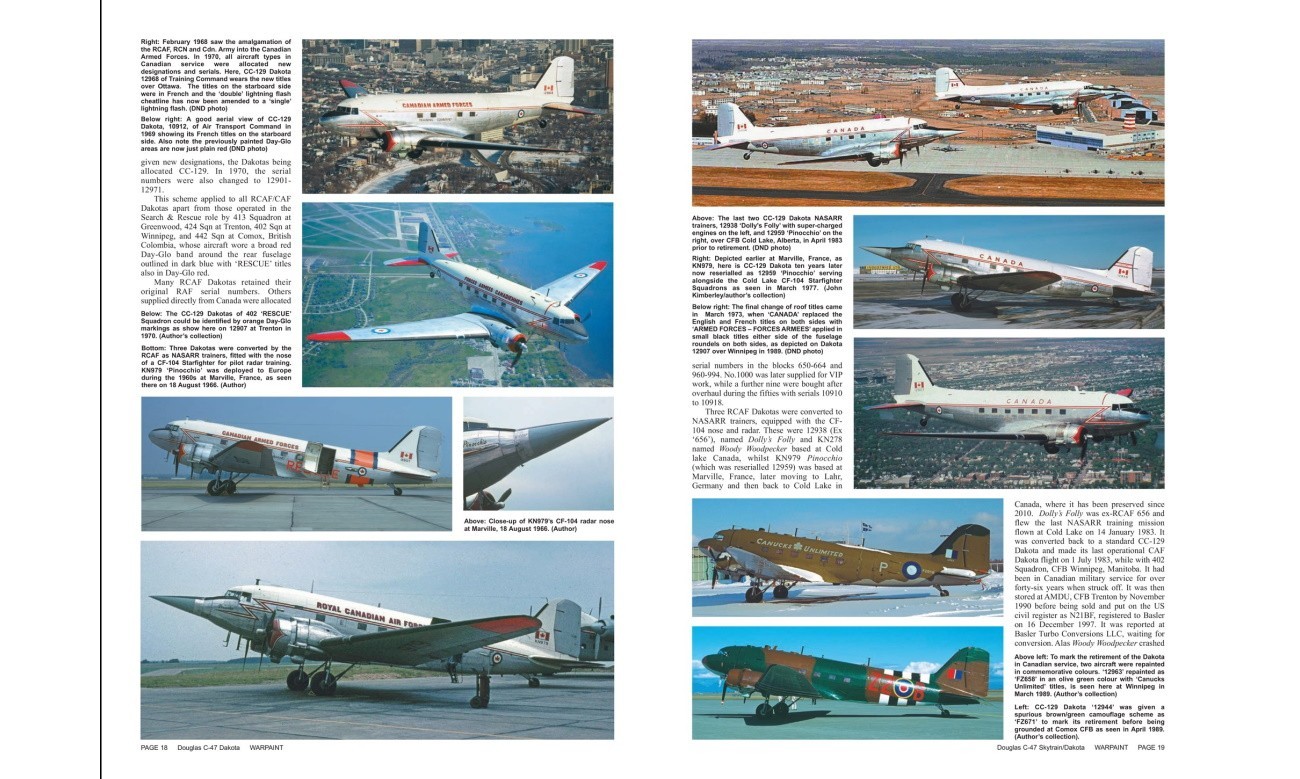 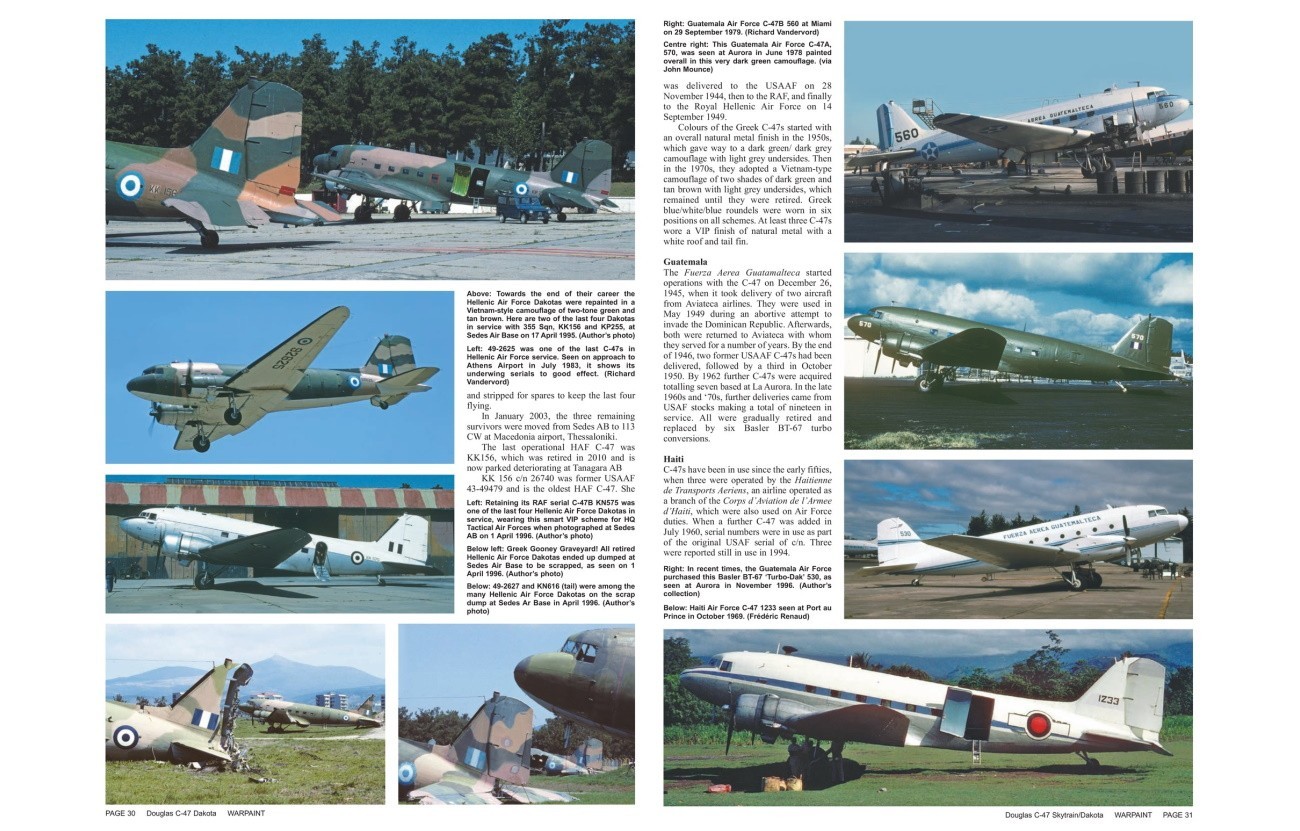 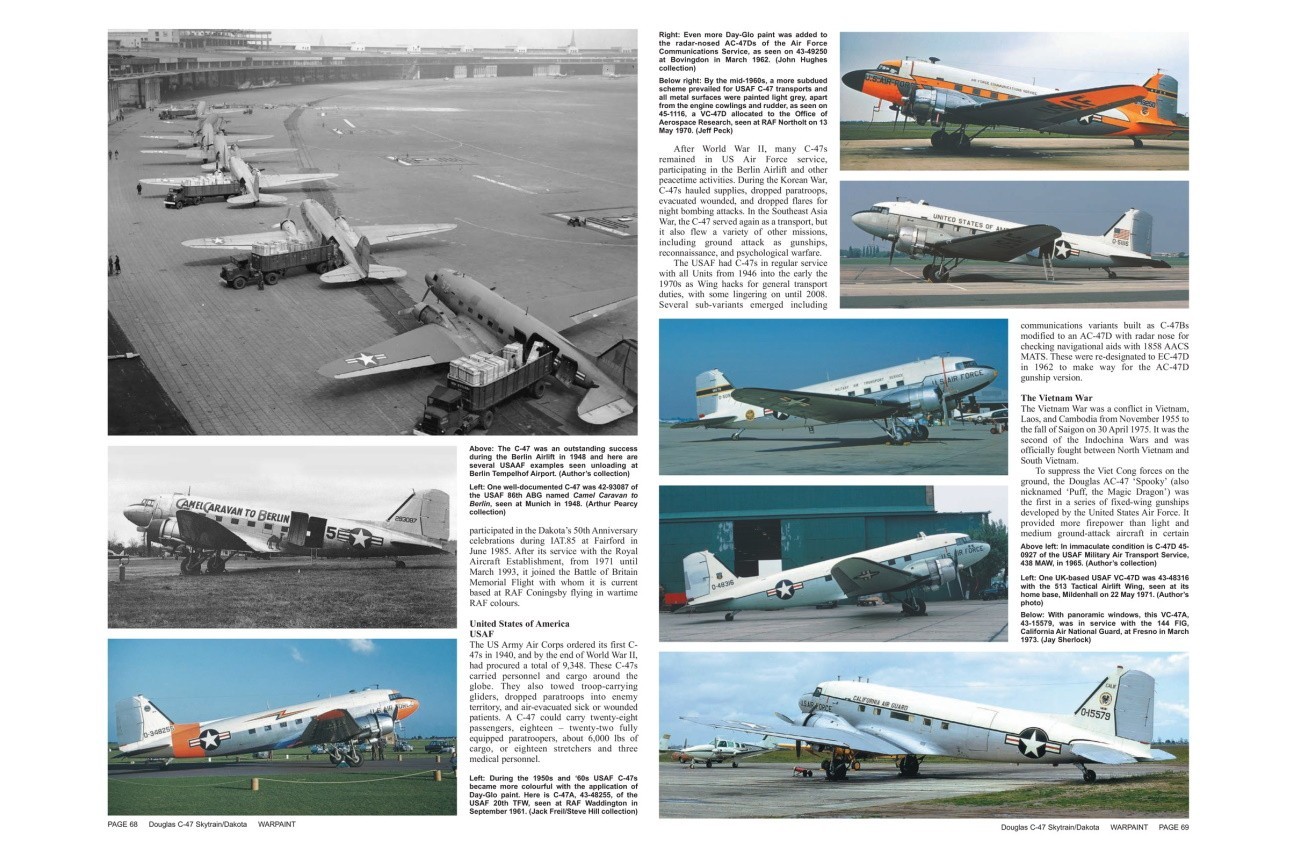 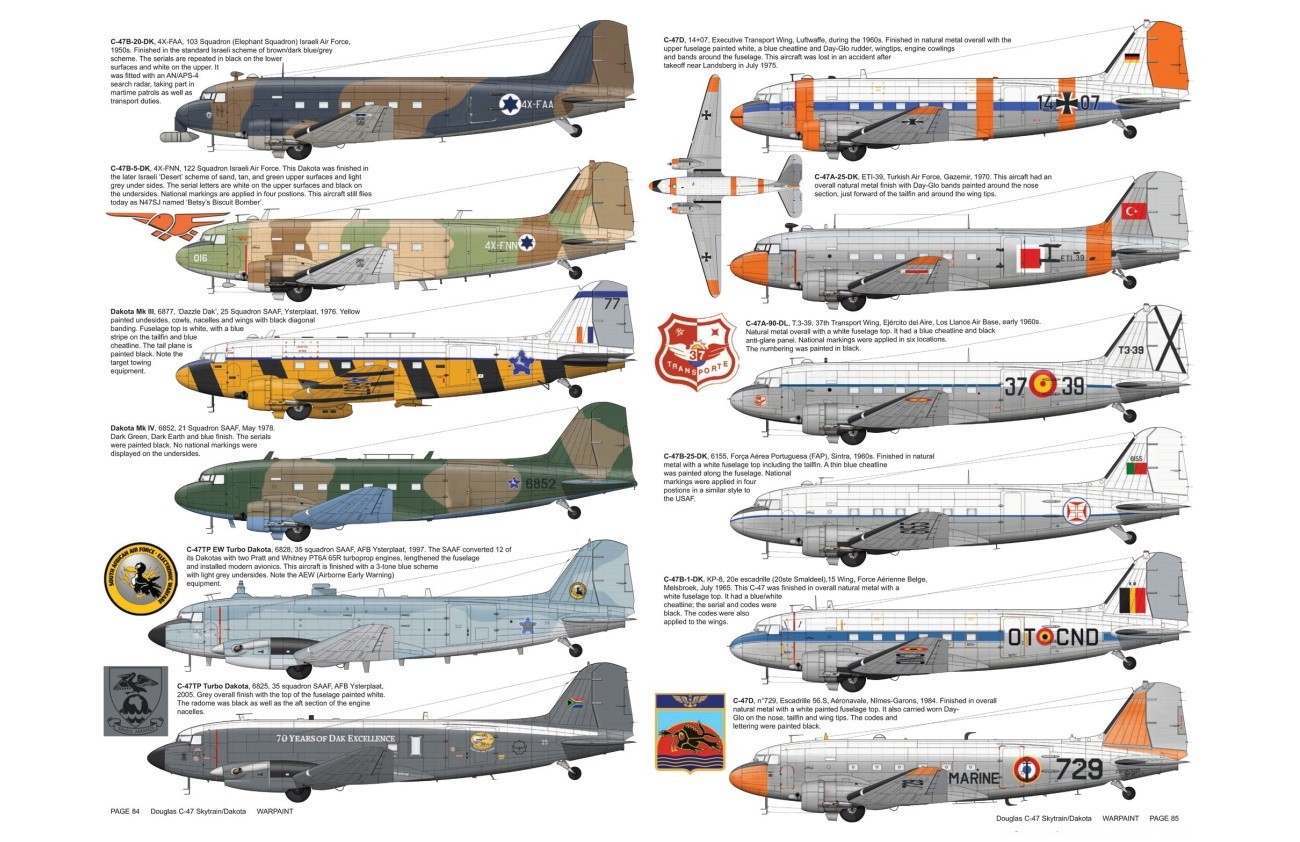 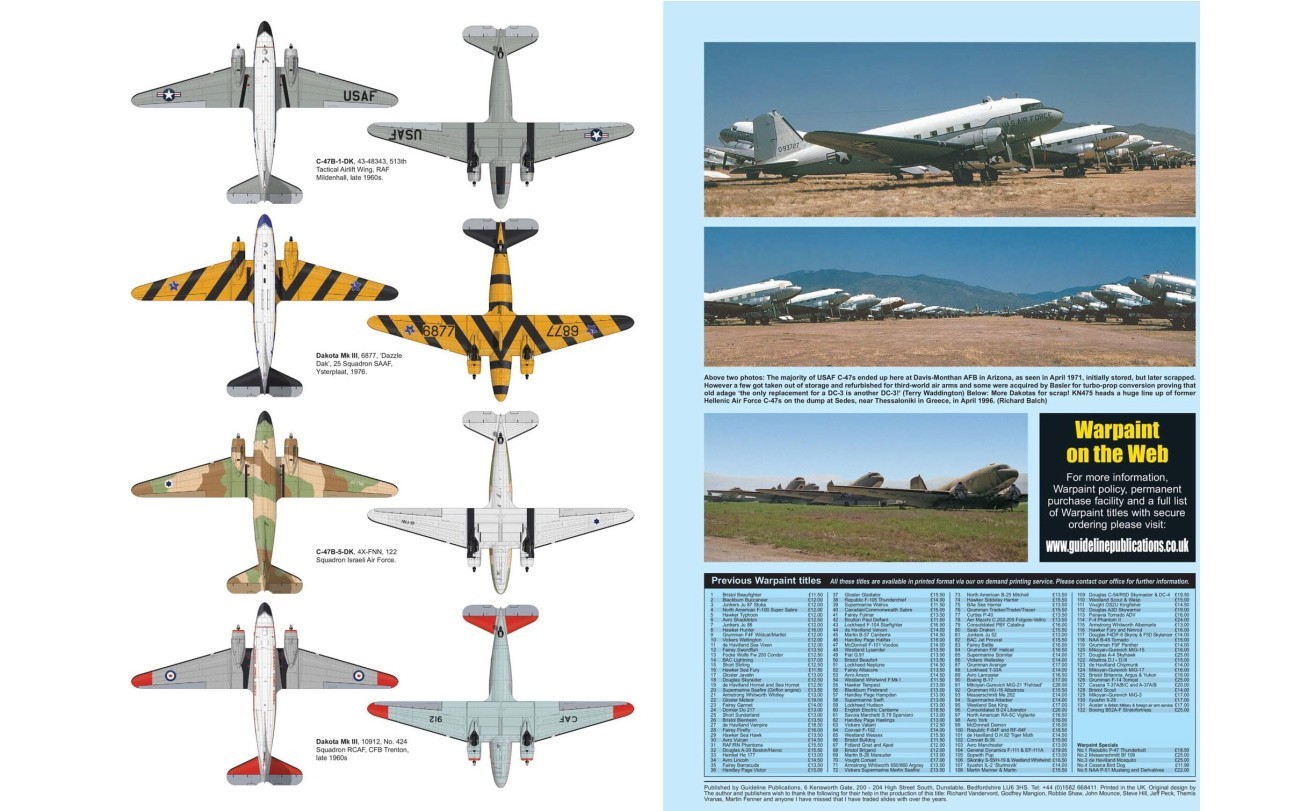 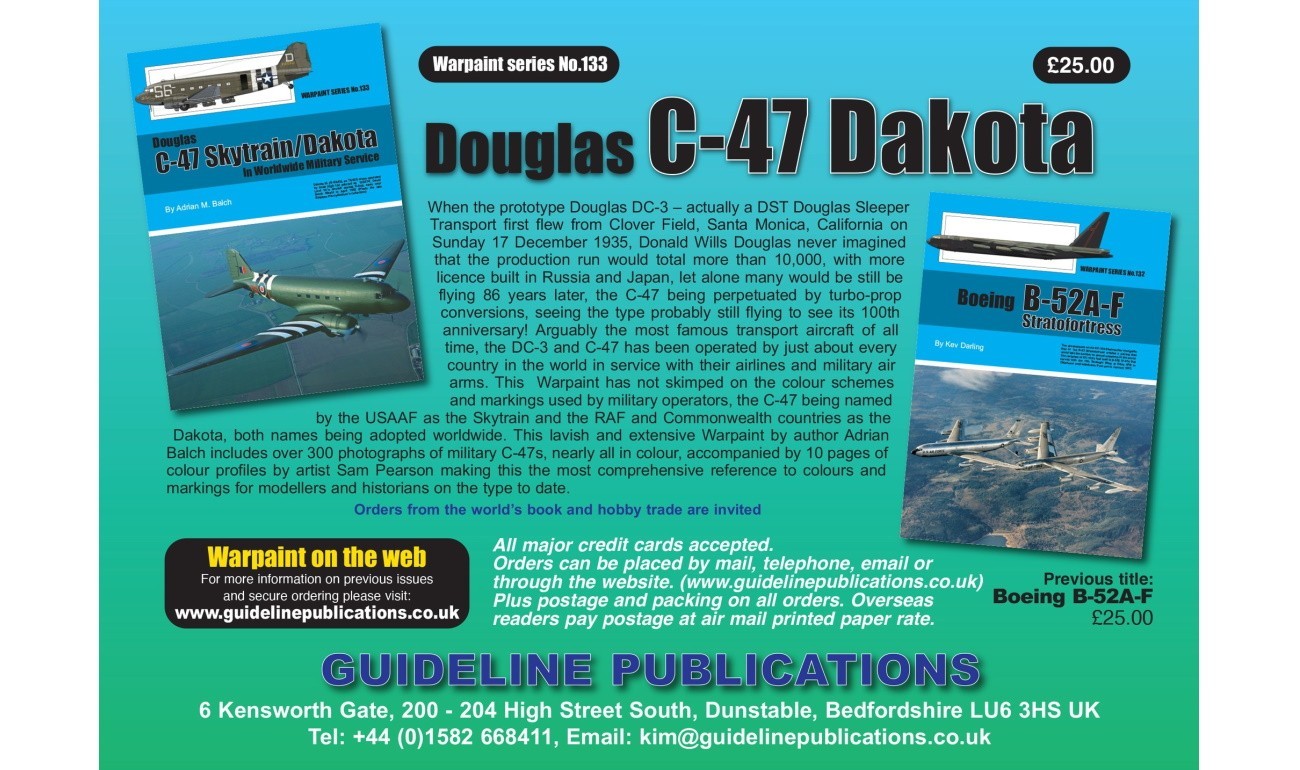