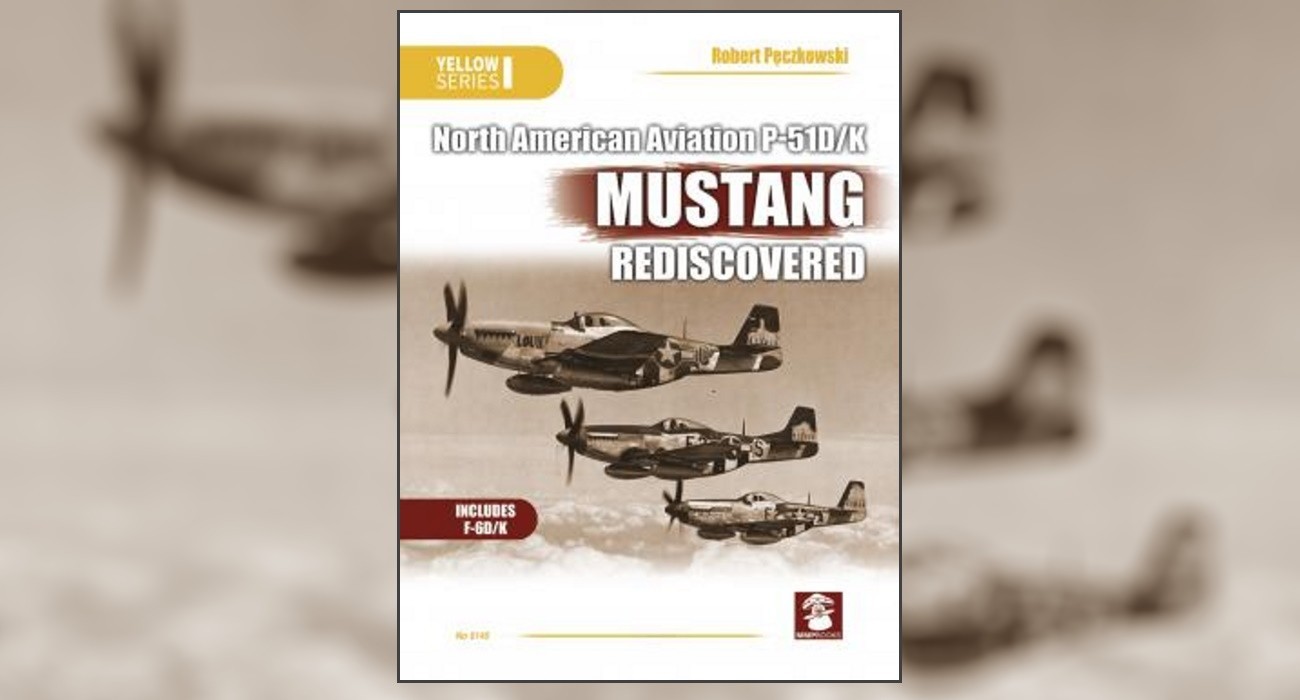 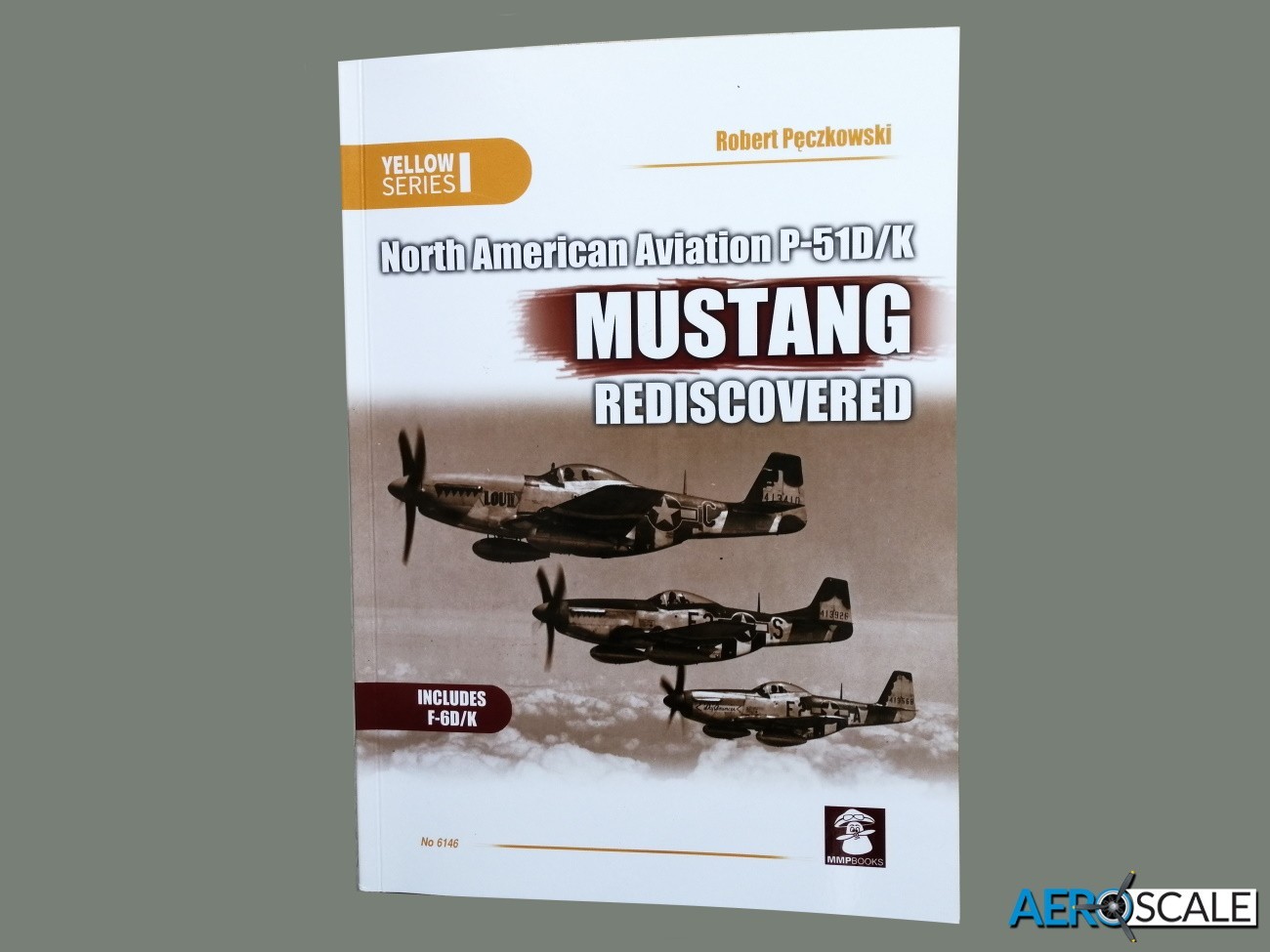 The 288 page book by Robert Pęczkowski and illustrated by Artur Juszczak, and Dariusz Karnas is the third edition of ‘Mustang Rediscovered’. This Edition has been revised and extended with new detail and photographs. 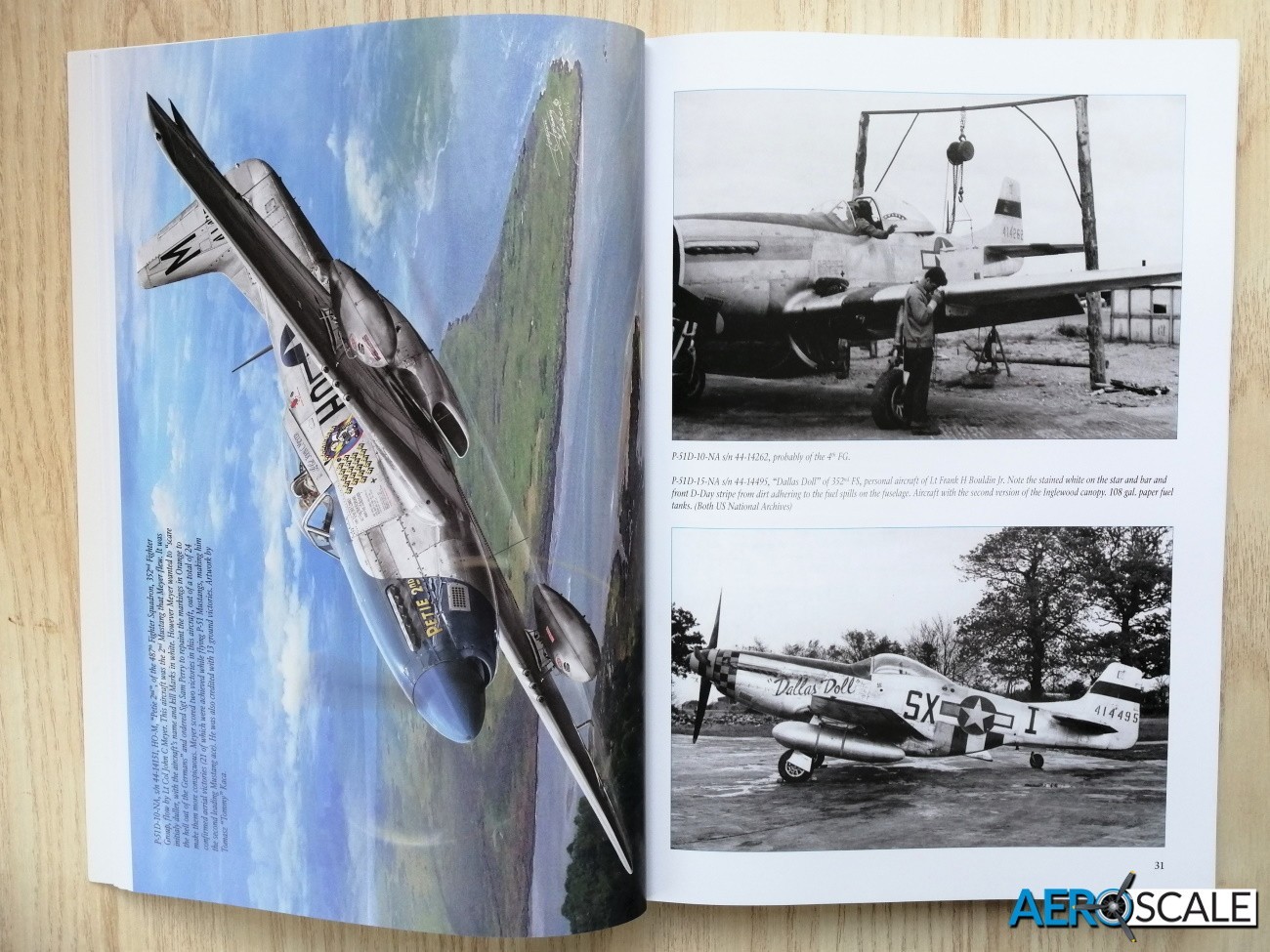 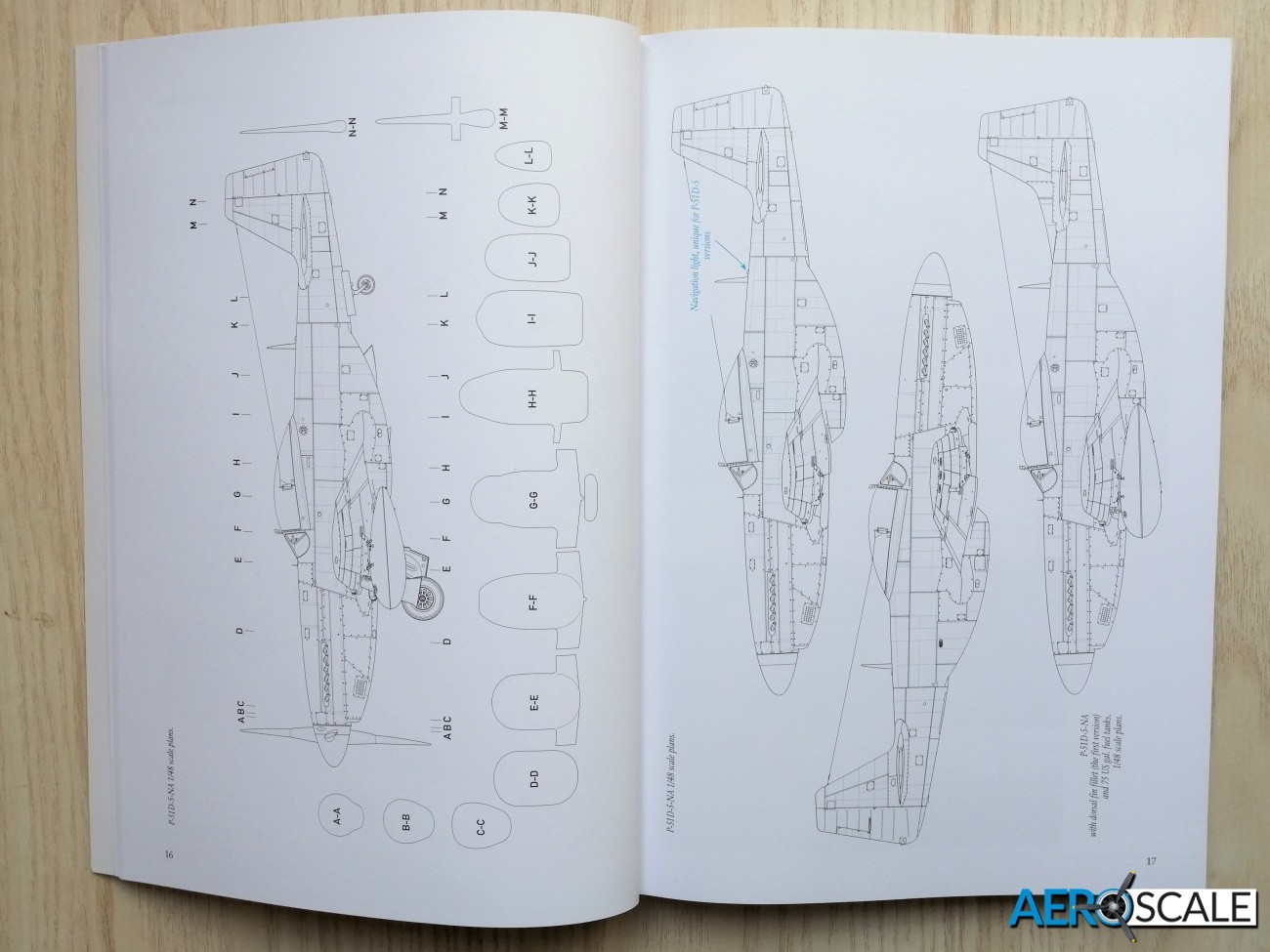 At the start of the book there is a very useful section listing the serial numbers of the various marks of Mustang. If you know the serial number, then you will know the block number. Then you can use the excellent description, images and scale plans to accurately depict the particular Mustang your modelling.  The chapter titled ‘Production’ covers almost half the book and takes you through the development changes of the P-51D/K block by block. Also covered are the F-6/K reconnaissance models, Mustang Mk.IV, the dual control TP-51 and Temcot TF-51 and finally the F-51 cavaliers, both civilian and military. The P-51D VLR, the US Navy evaluation Mustangs: the EFT-51D and finally the P-51D’s test bed with rocket, pulse and ram jet boosters are also looked at. 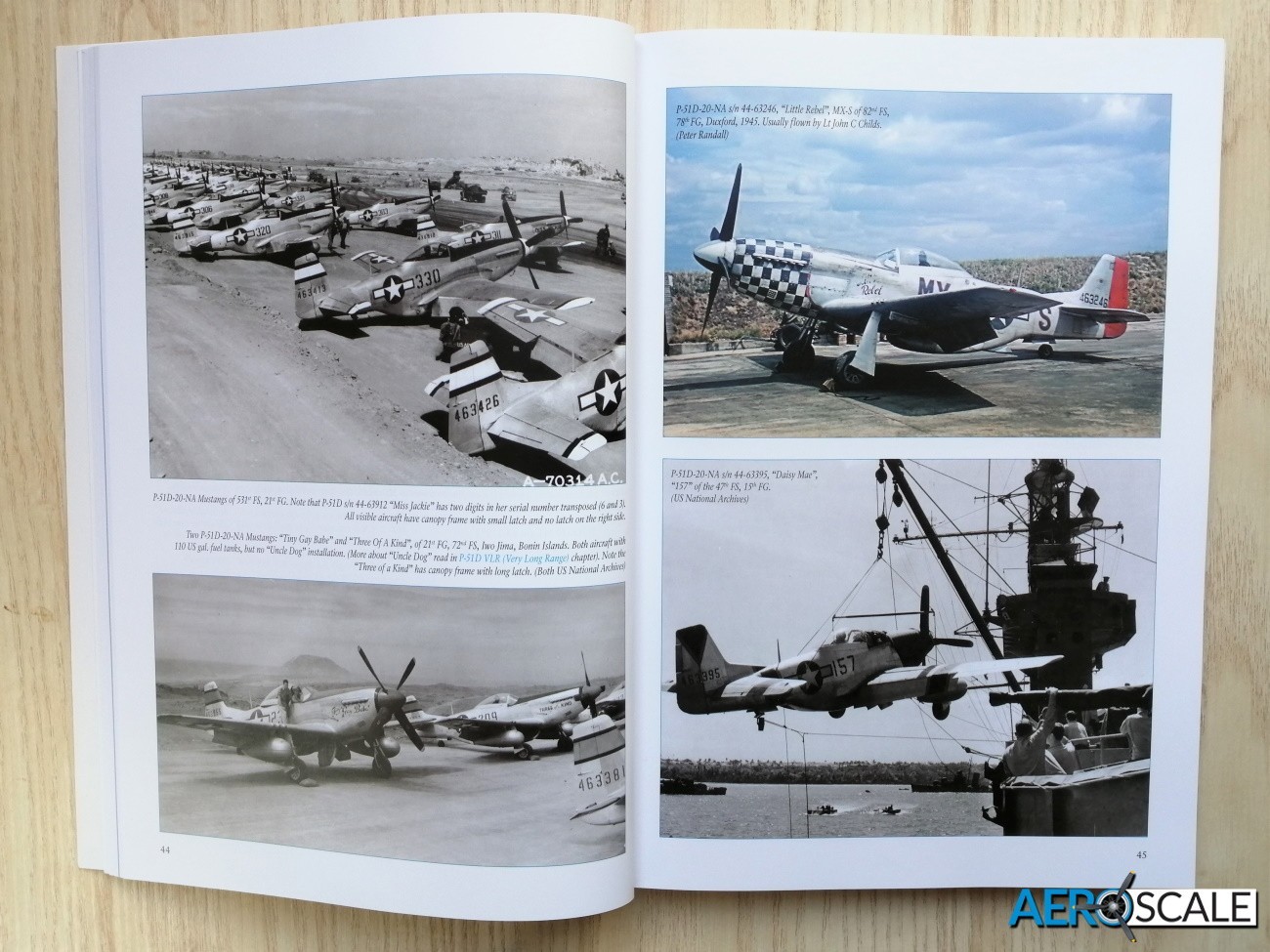 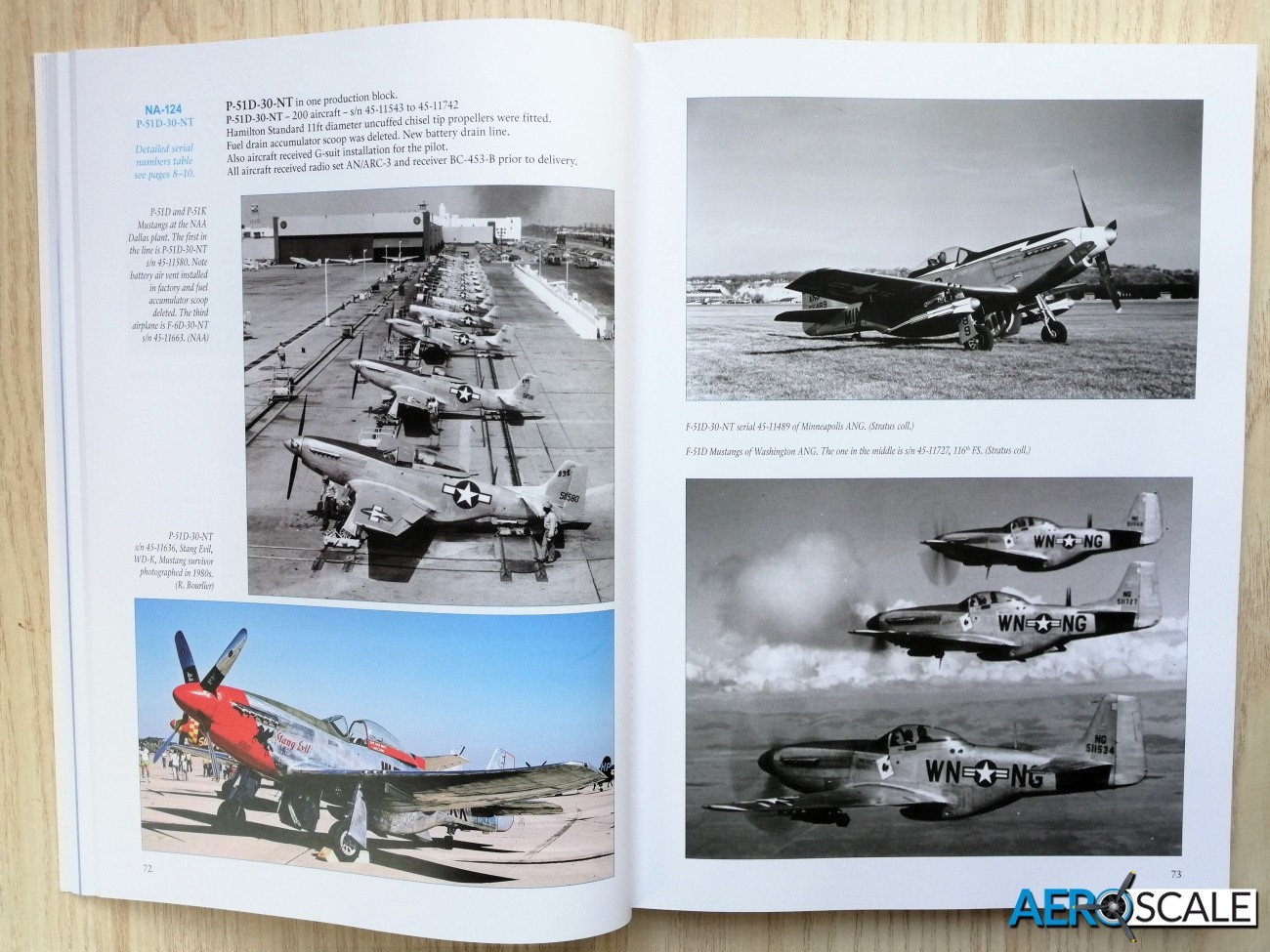 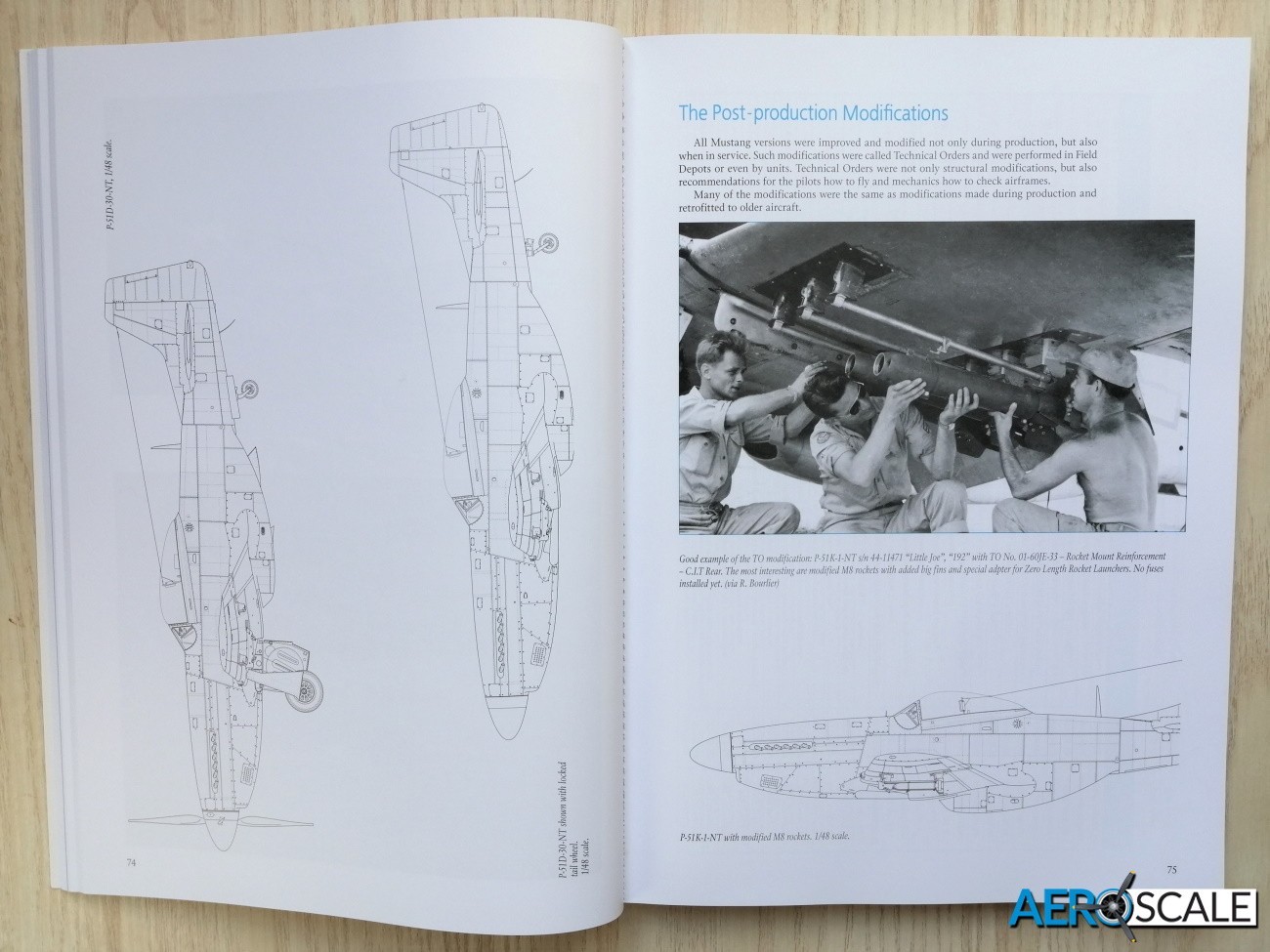 The book covers in some detail all the foreign users that operated the Mustang. There is a section of colour profiles towards the rear illustrating the widespread use of this superb combat aircraft. Also analysed is the Air National Guard [ANG] use of the F-51D domestically and during the Korean conflict. 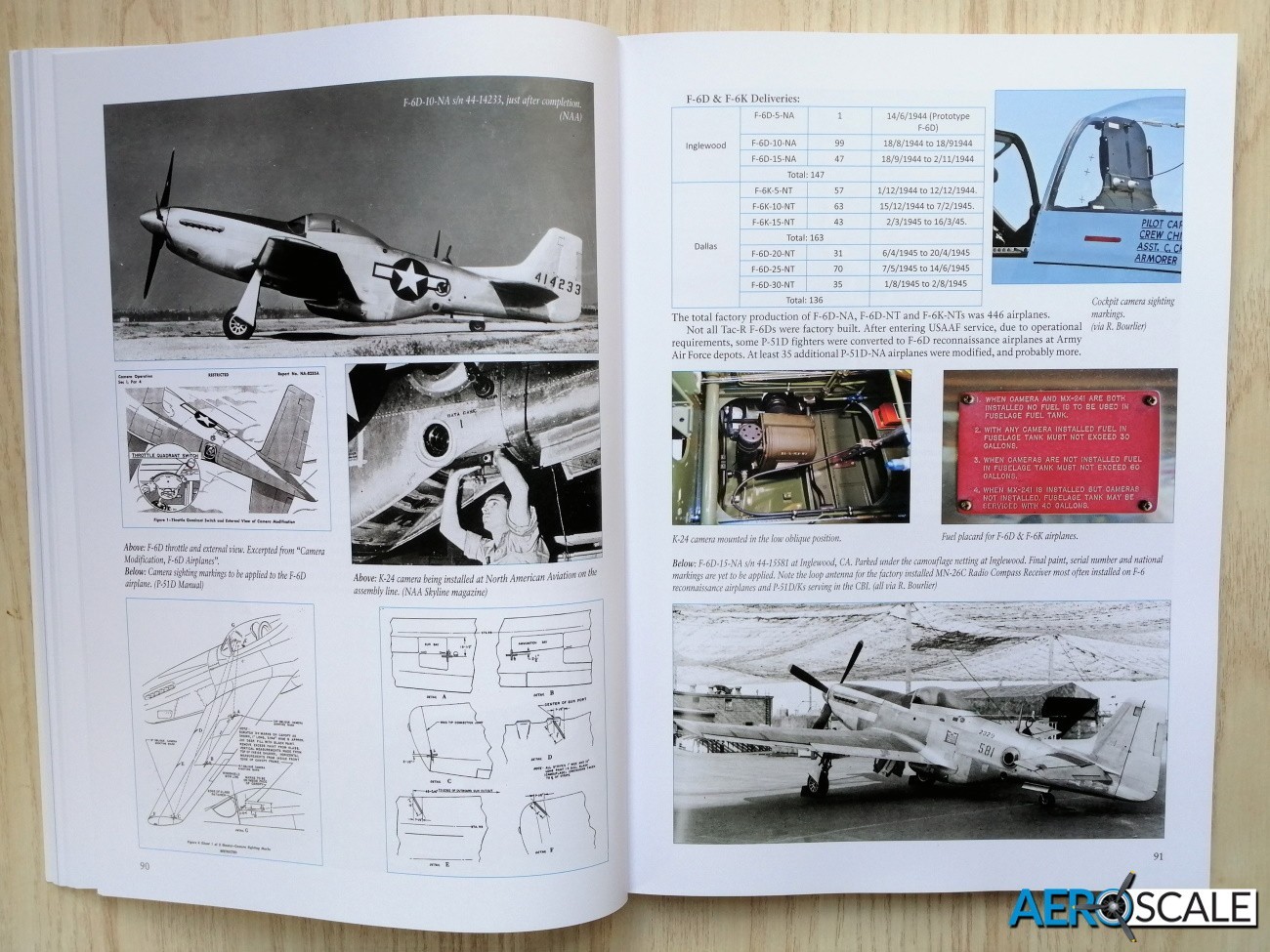 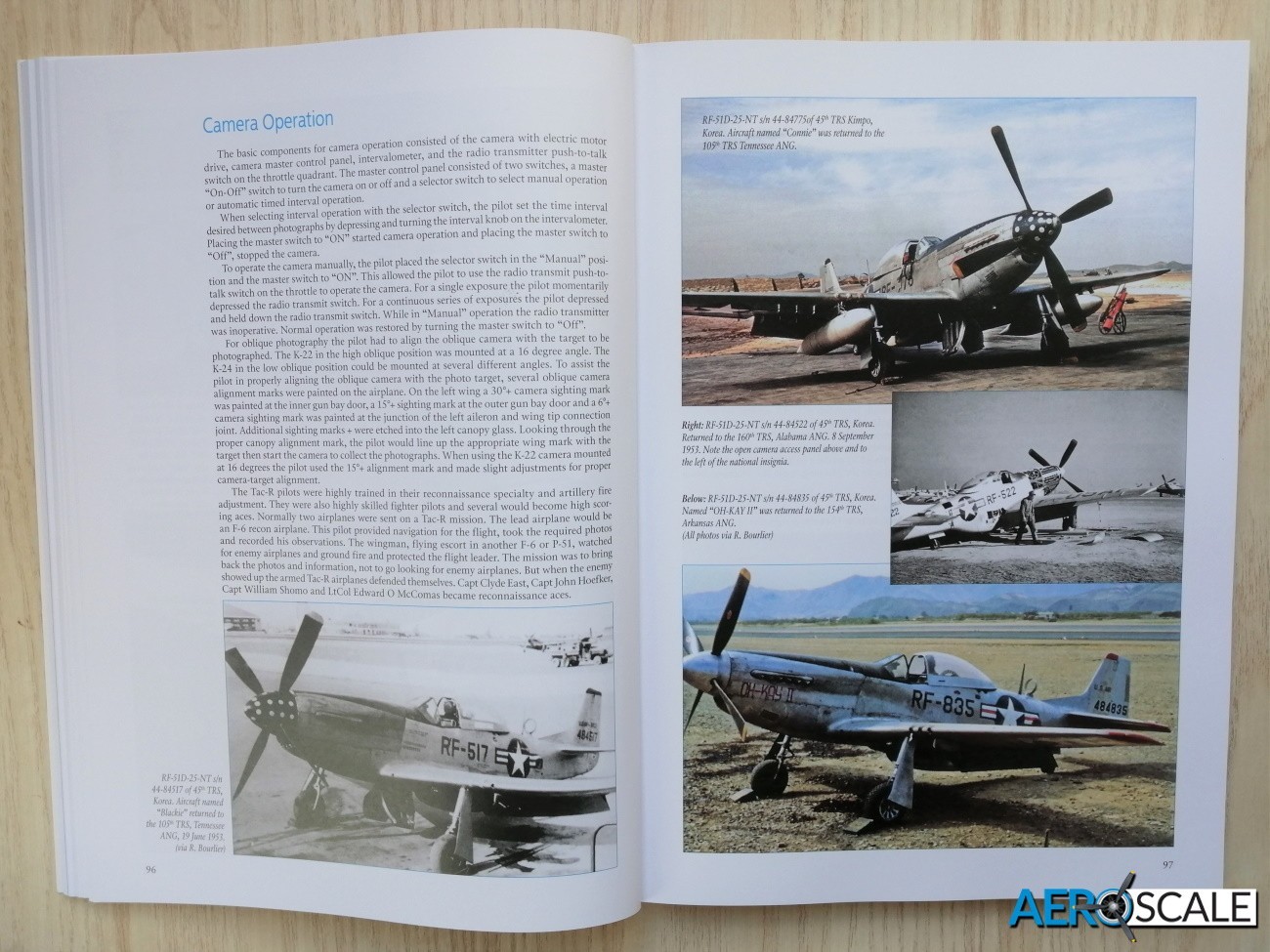 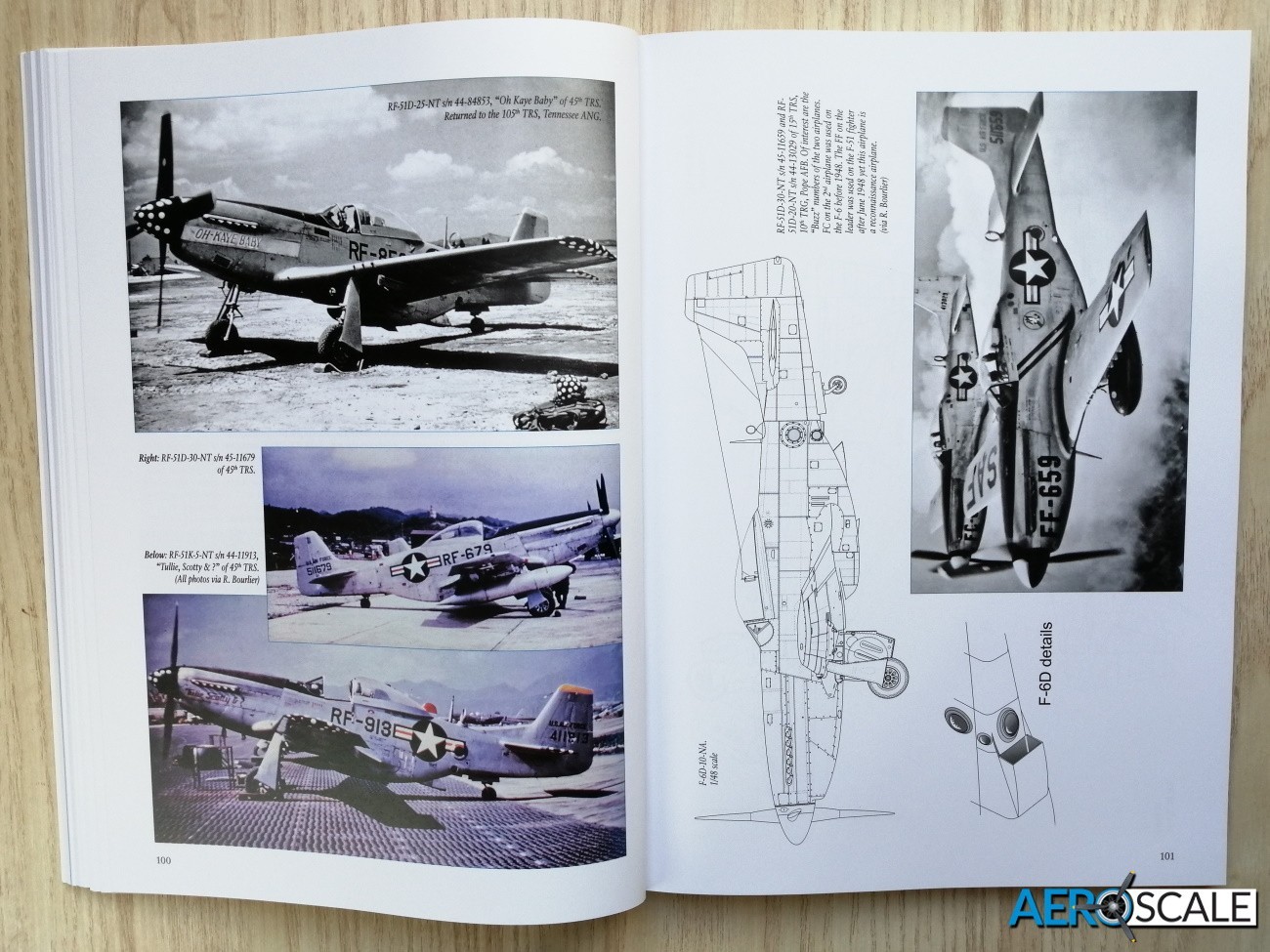 ‘Mustang In Detail’ is a hugely useful source of the many changes to the airframe, cockpit, powerplant and armament over its production. Most modifications were factory fitted with some mods fitted in the field. The section on the various intakes and vent is of interest. Also analysed are the Hamilton cuffed and uncuffed as well as the Aeroproducts propellers. The various forms of canopy are looked at and the three styles of fin fillet. The section on weapons and fuel tanks is worth perusing. There are some great images of the drop tank plumbing, bomb shackles and Parafrag bomb clusters mounted under the wing.  Even ferry packs and early G-suites are covered. All backed up with technical drawing, photographs and written descriptions. To the rear are twenty pages of colour side profiles of the various nations that operated the Mustang. Even the Chinese Nationalists  Air Force managed to get their hands on thirty nine Mustangs. 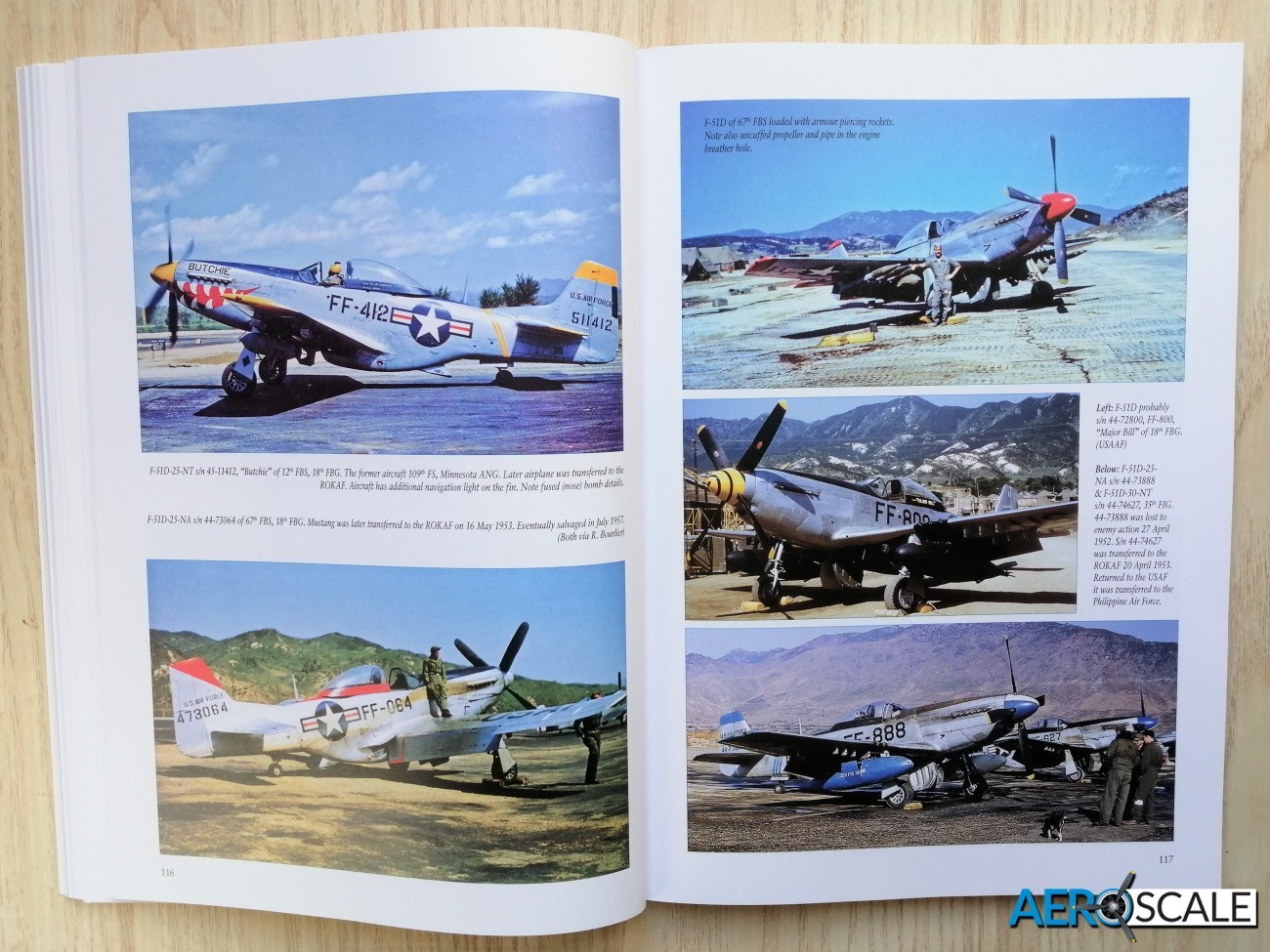 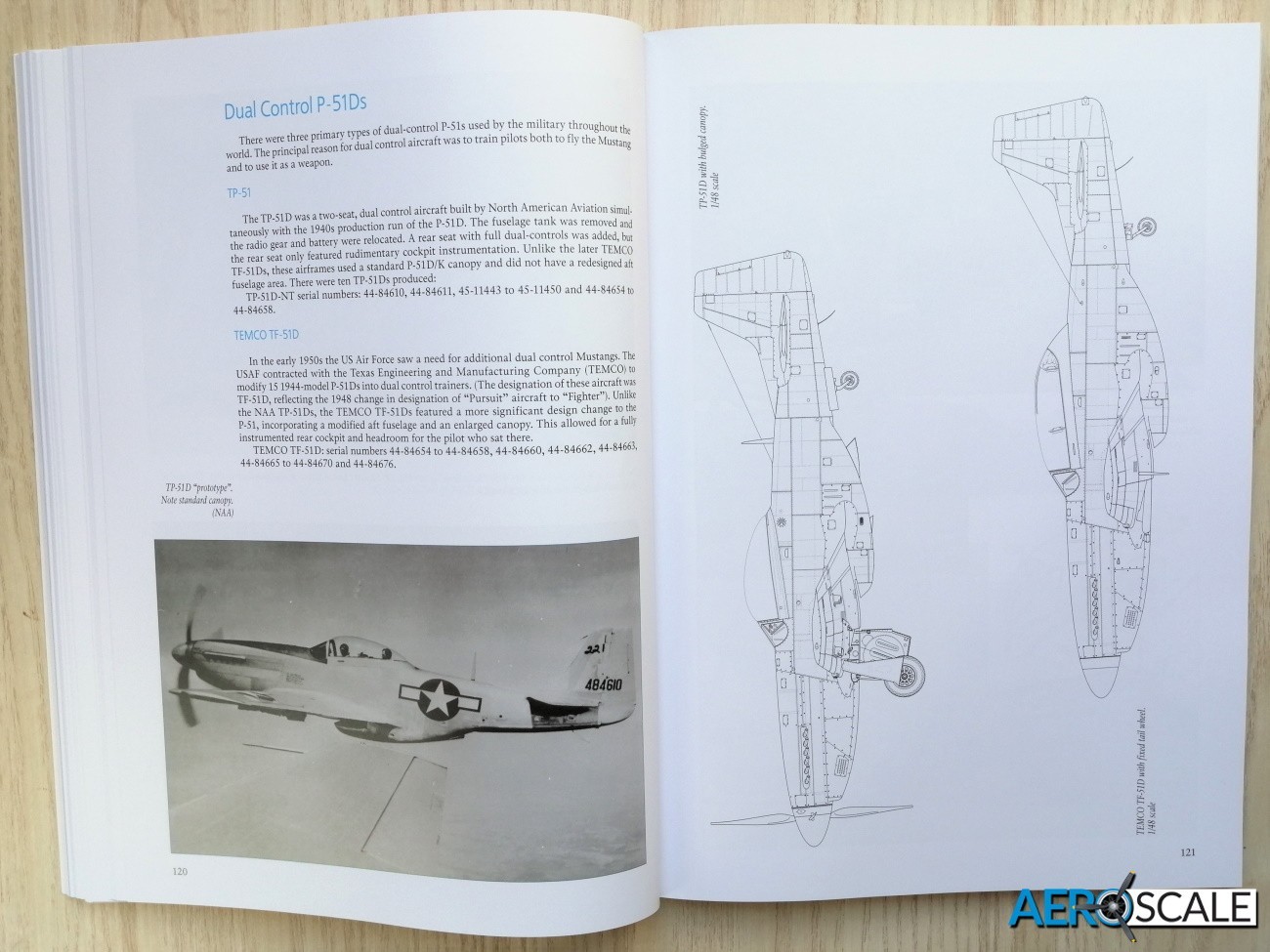 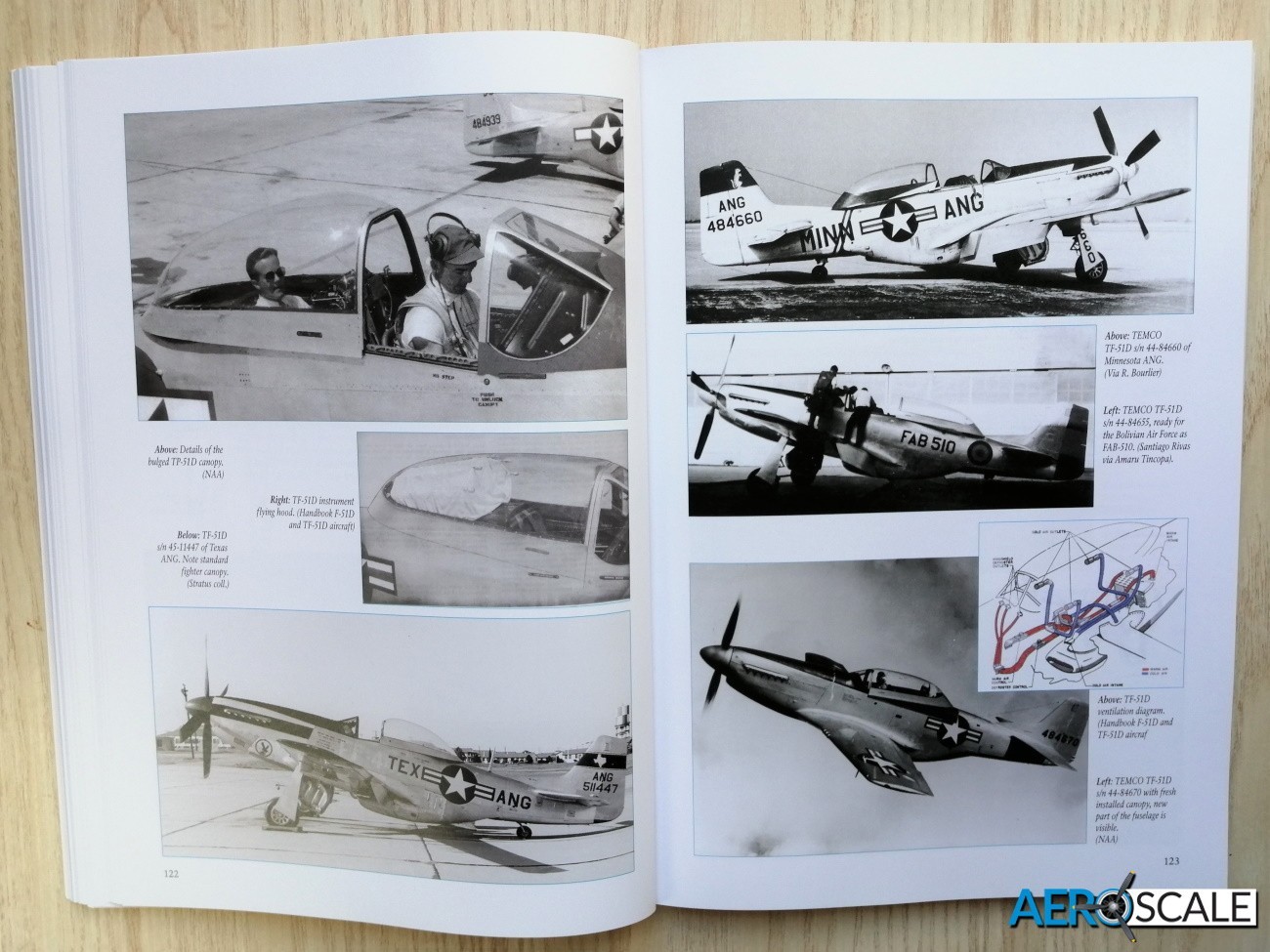 There are so many photographs of particularly interest to super detailers and vignettes for modellers wanting inspiration to create dioramas. The 1:48 and 1:72 scale plans form a useful reference for comparison of the differences from block to block. The Australian licensed built Mustang: CAC CA-18 has scale 1:48 scale plans for the Mk.21/22/23.

There are three colour artworks by Tomas 'Tommy' Kaca, two of which depicting the P-51D dueling with a Fw 190 and a Me 262 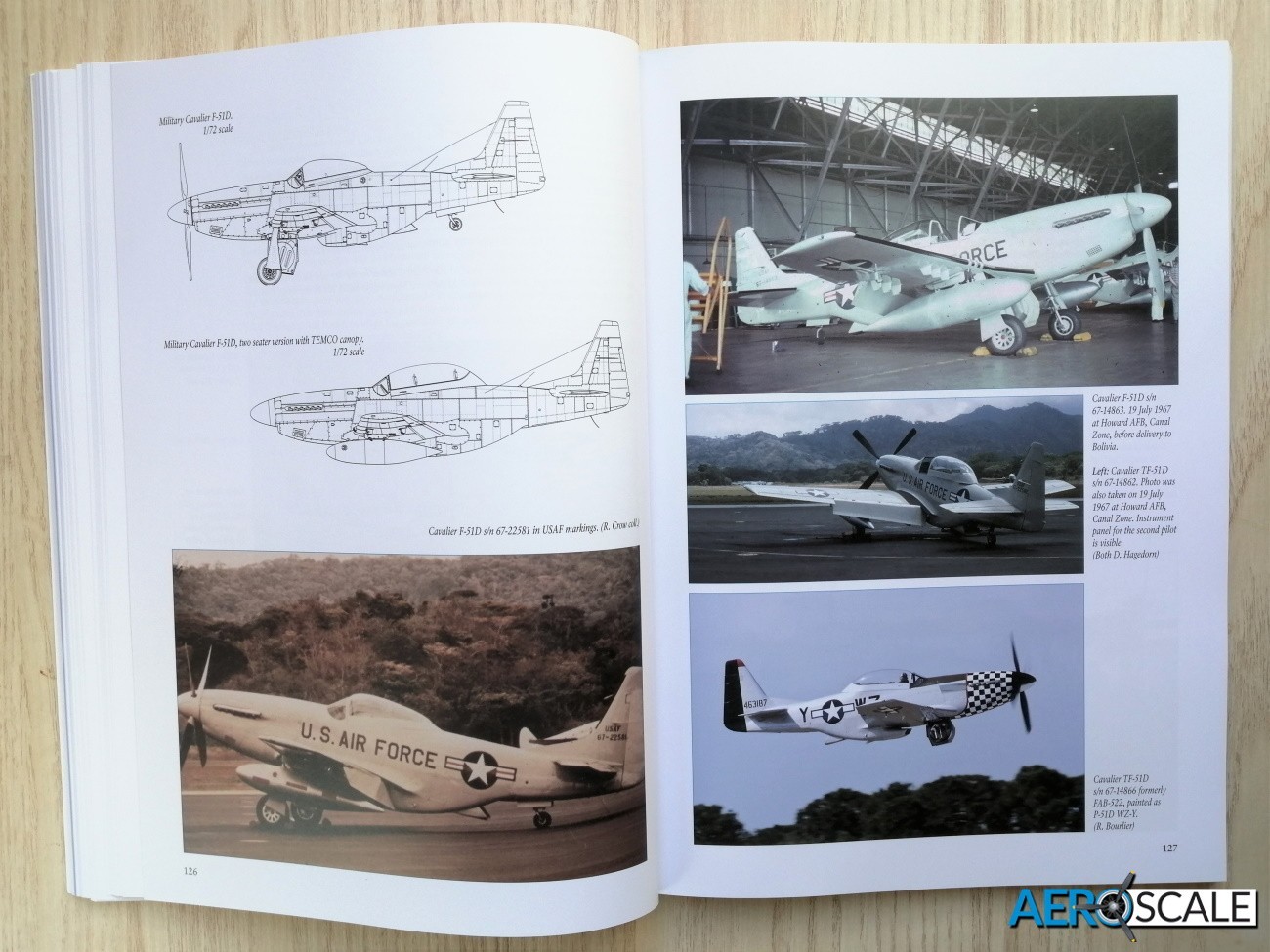 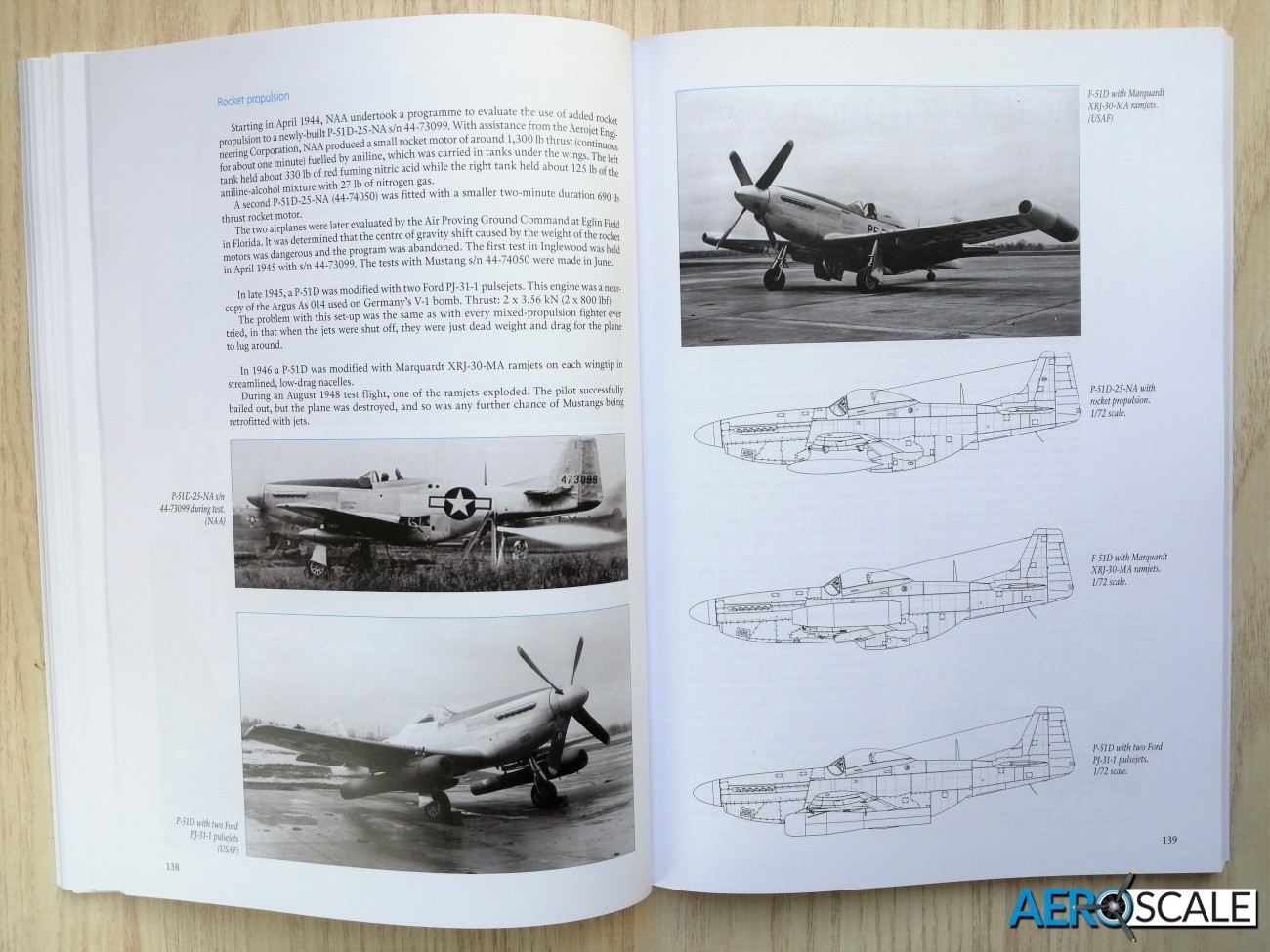 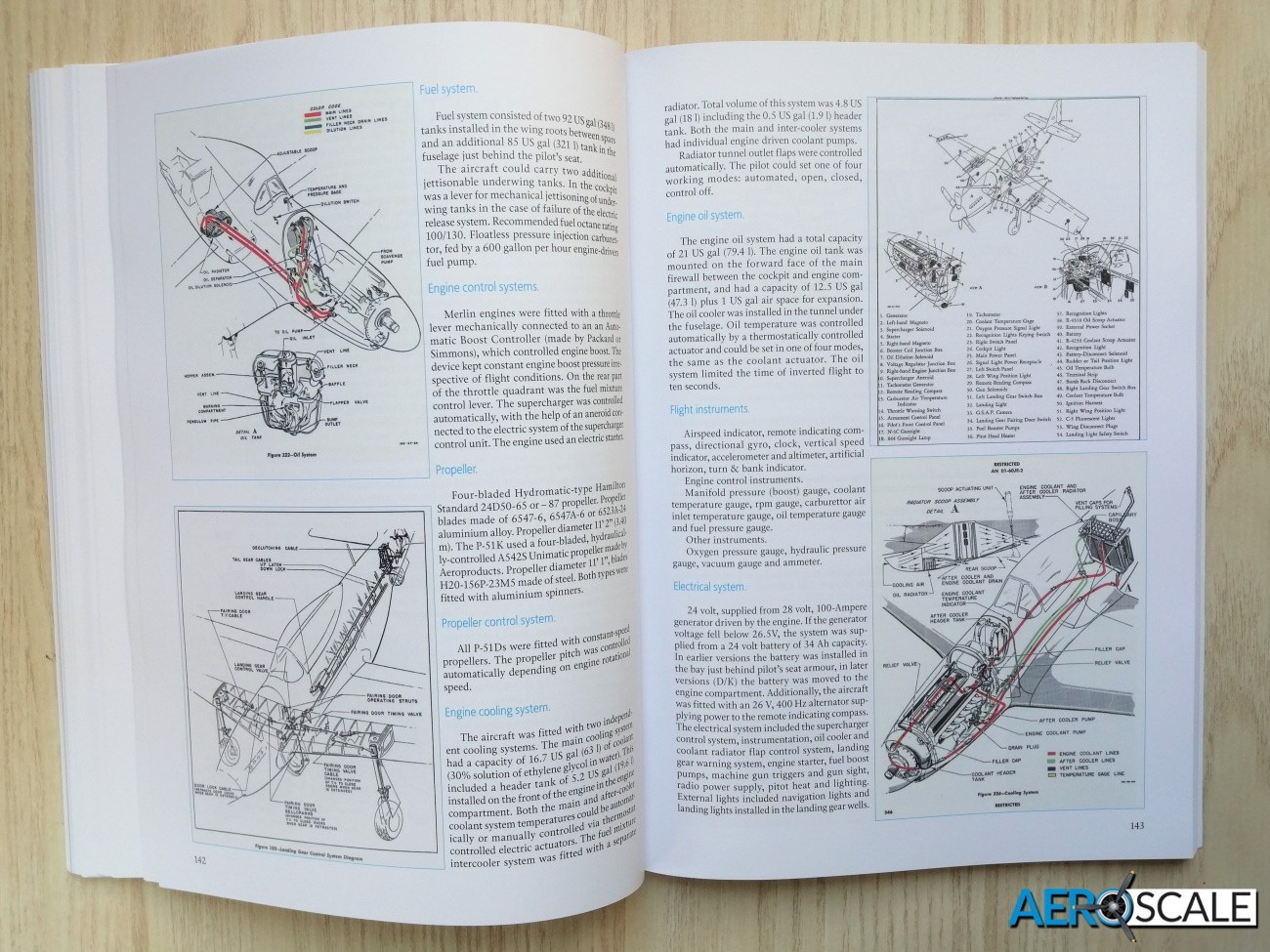 This is a superb source of reference on the bubble top P-51’s by Robert Pęczkowski for both the modeller and historian. It’s packed with an incredible amount of information and the shear number of scale drawings and quality photograph reproductions is very impressive. If you are after a detailed reference book on the P-51D/K and its derivatives, then this will fit the bill perfectly. Highly recommended. 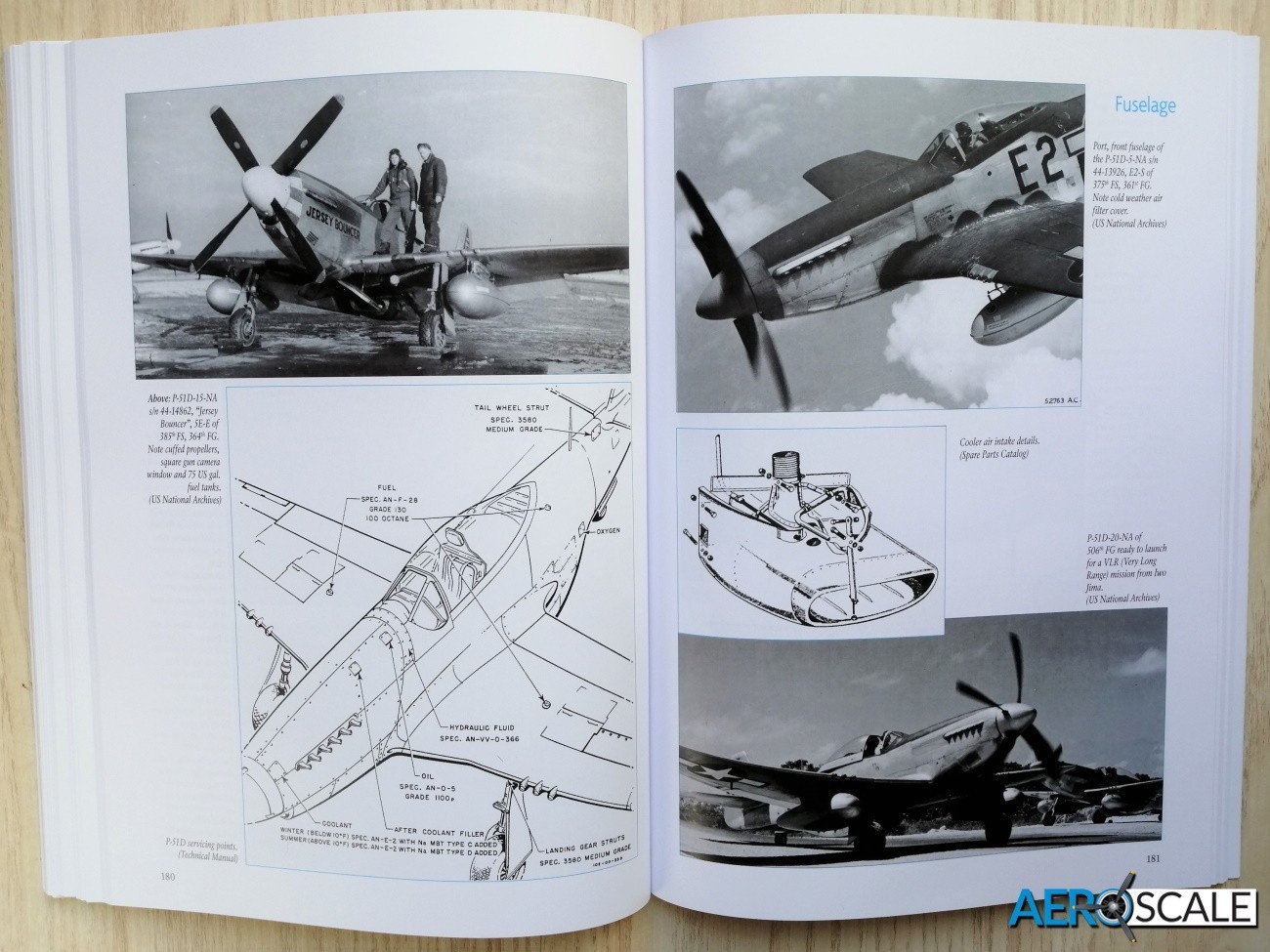 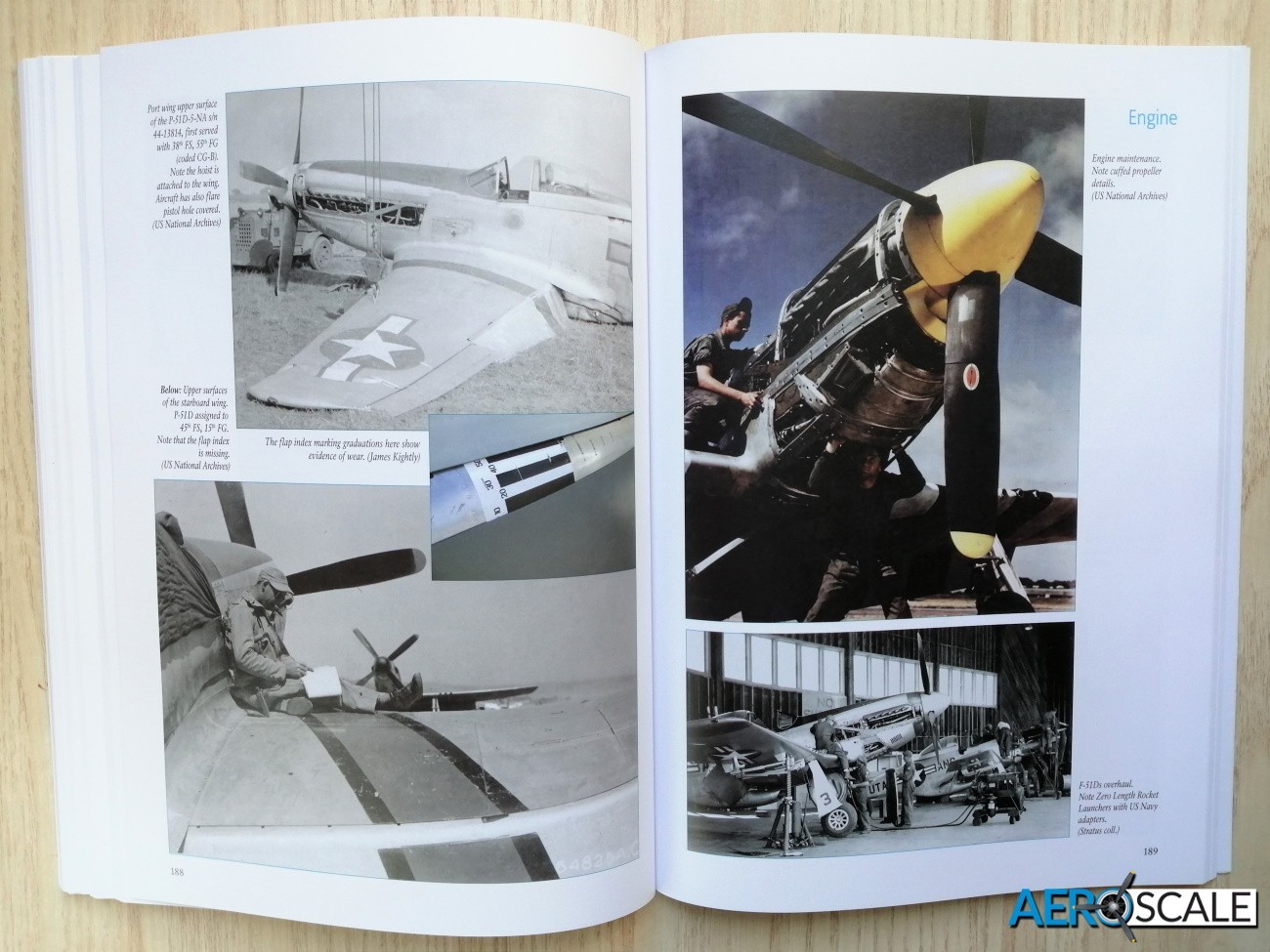 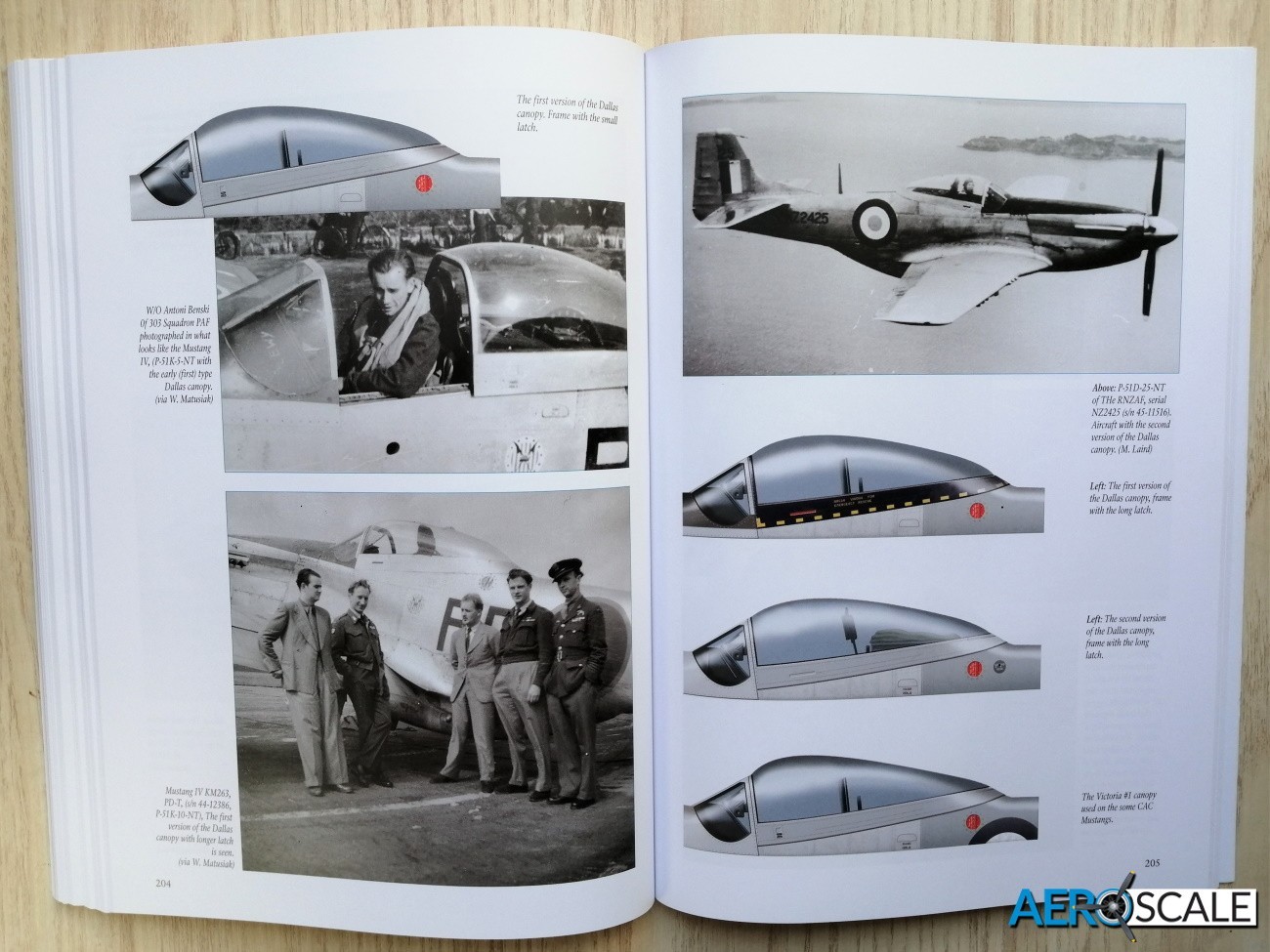 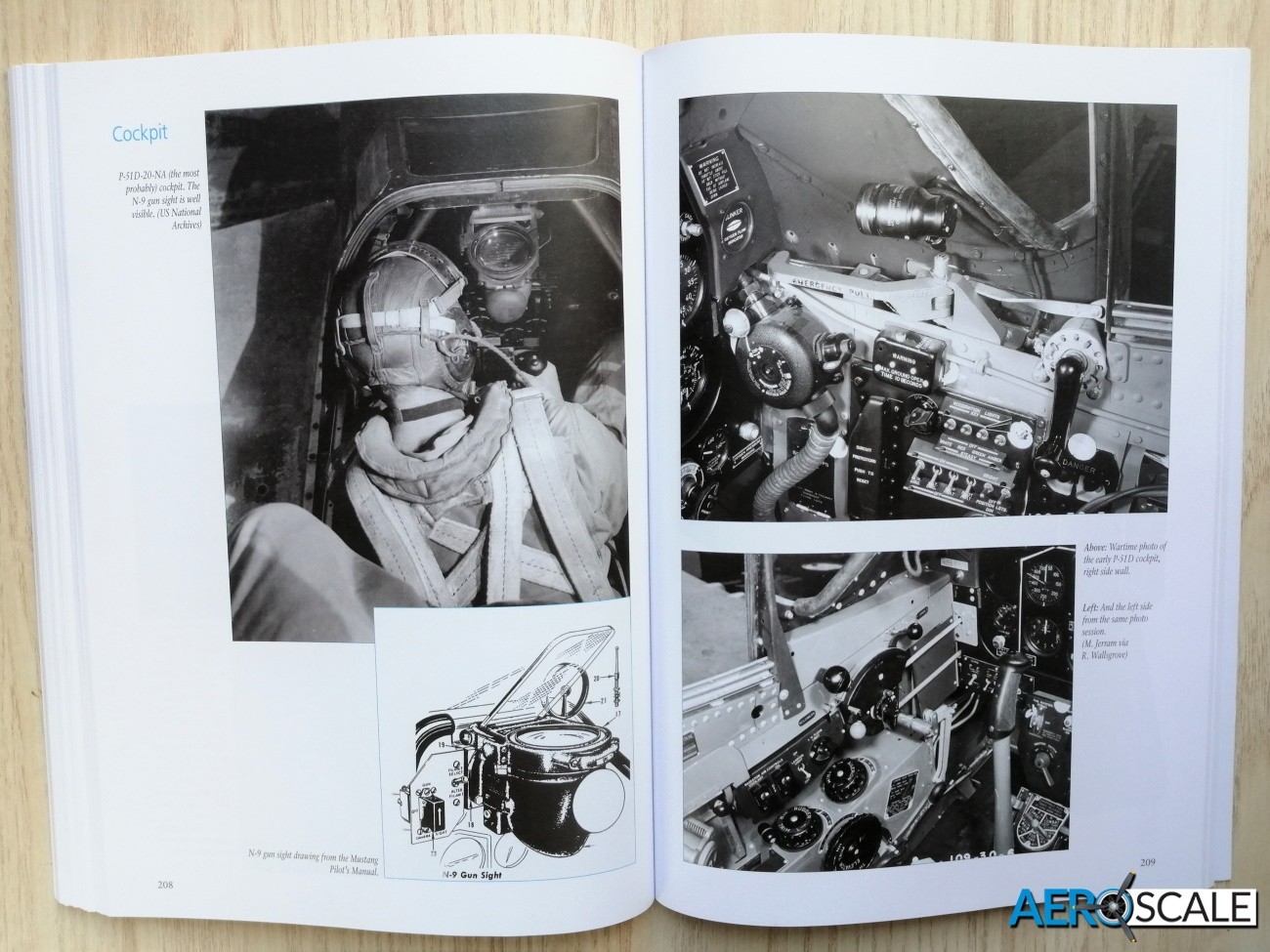 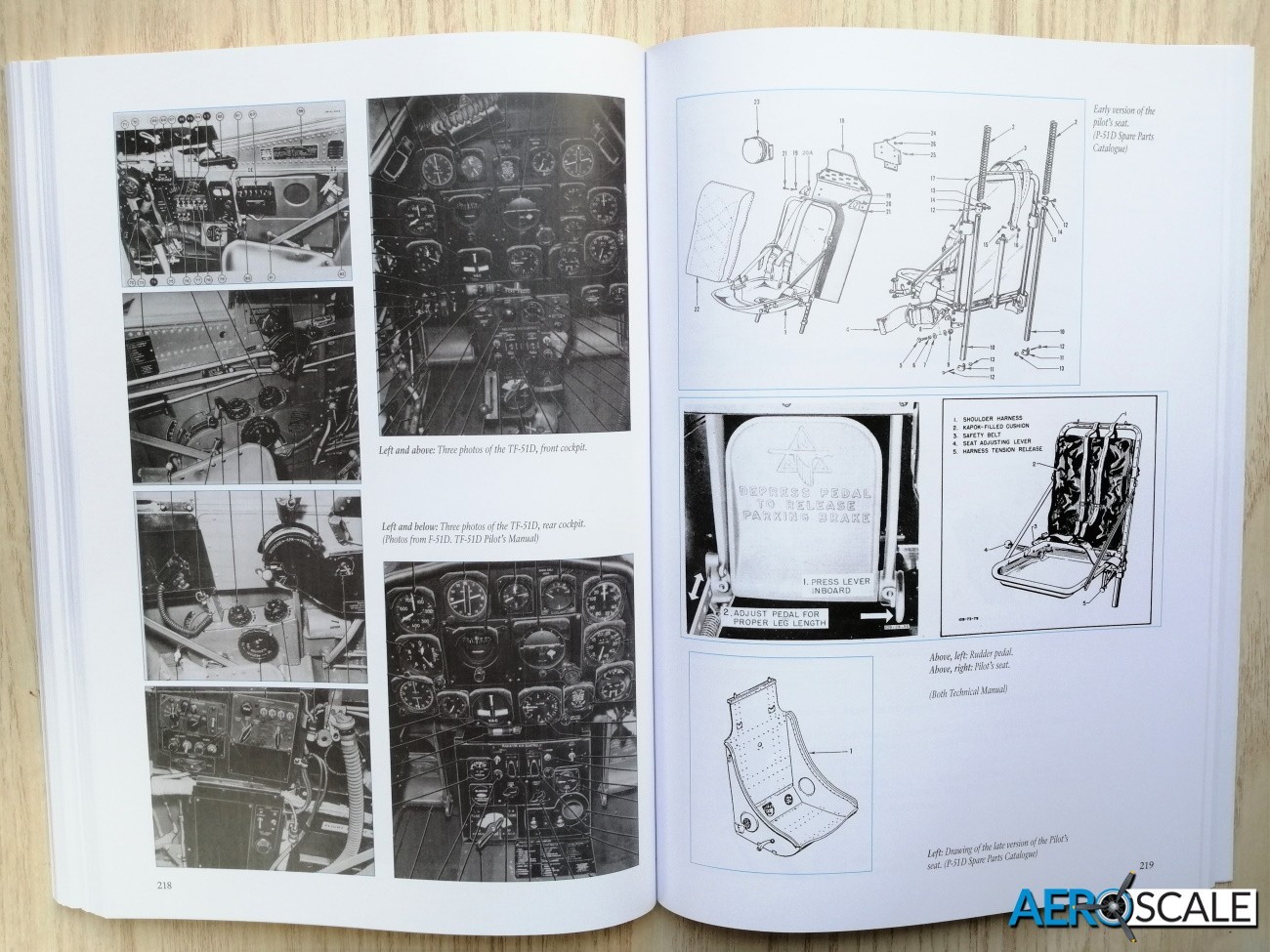 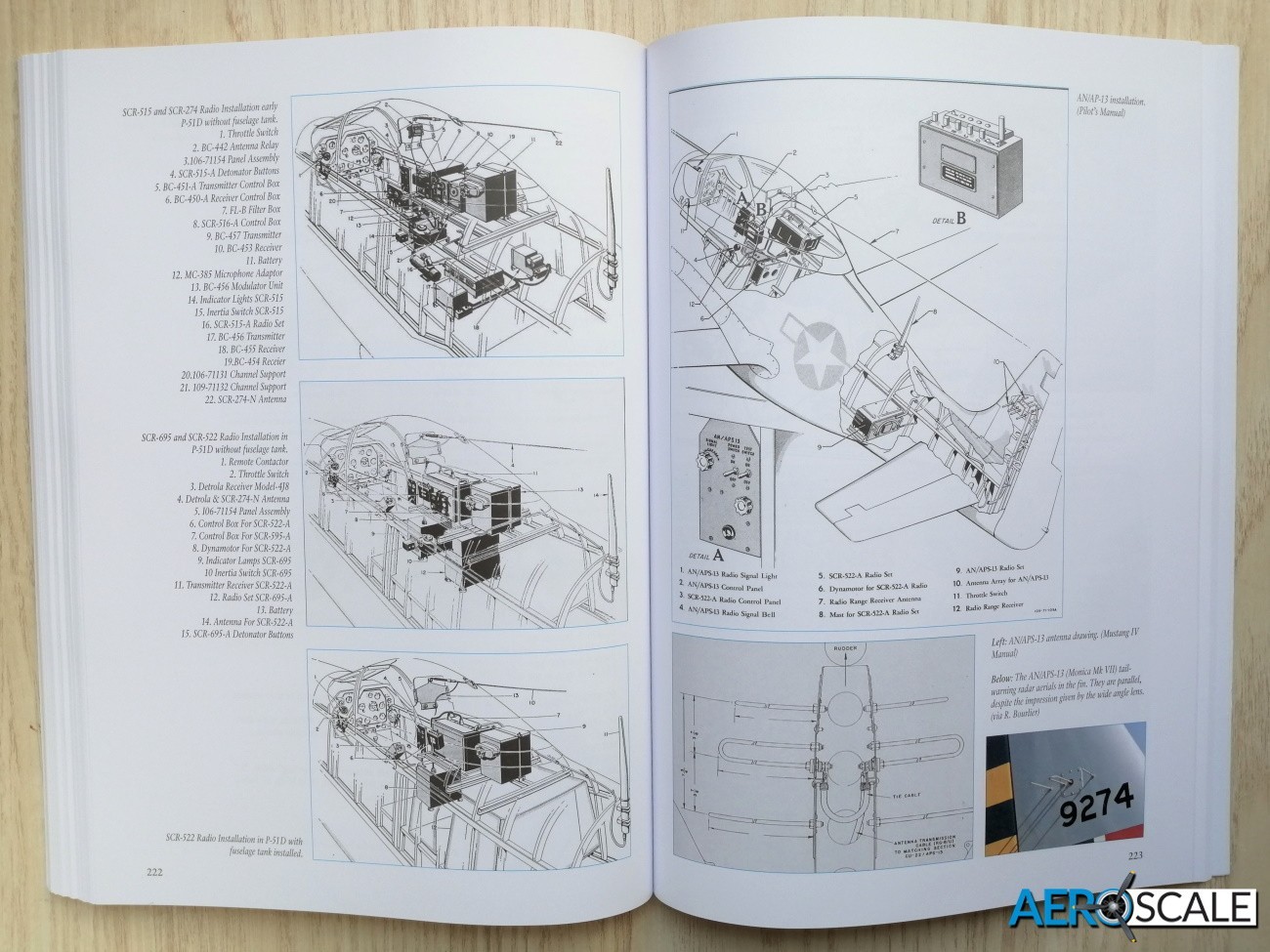 Many thanks to MMP for this review sample 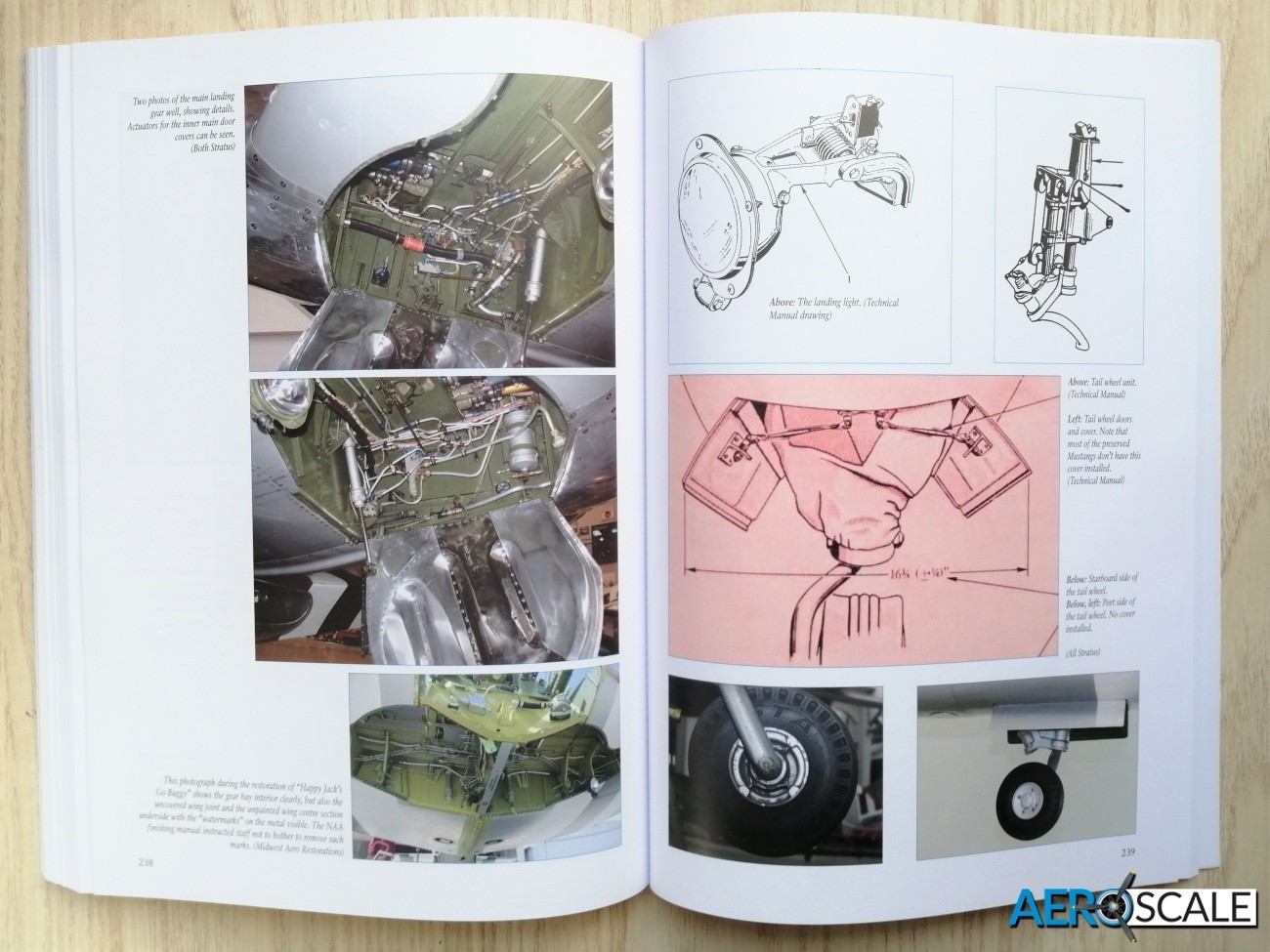 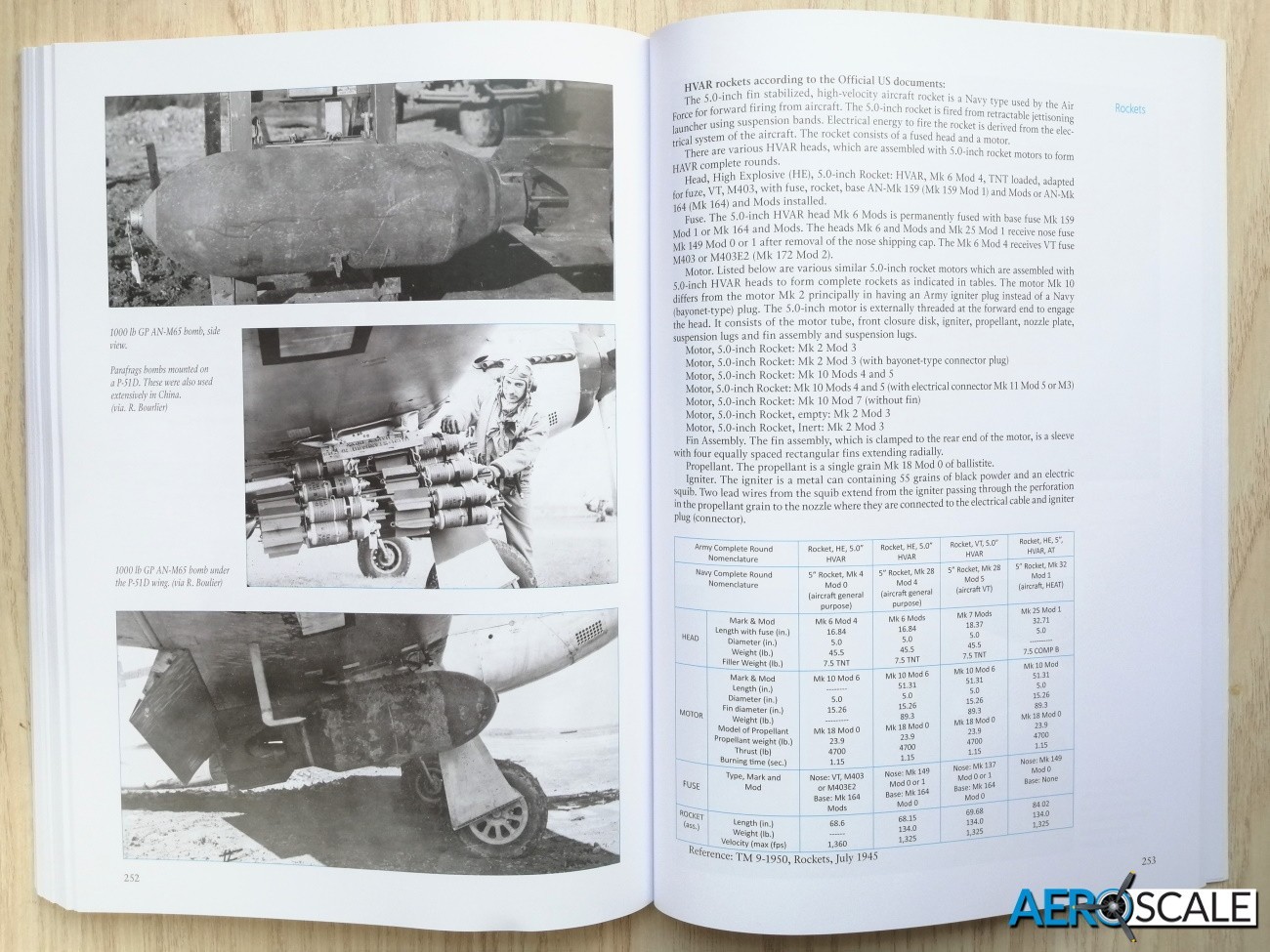 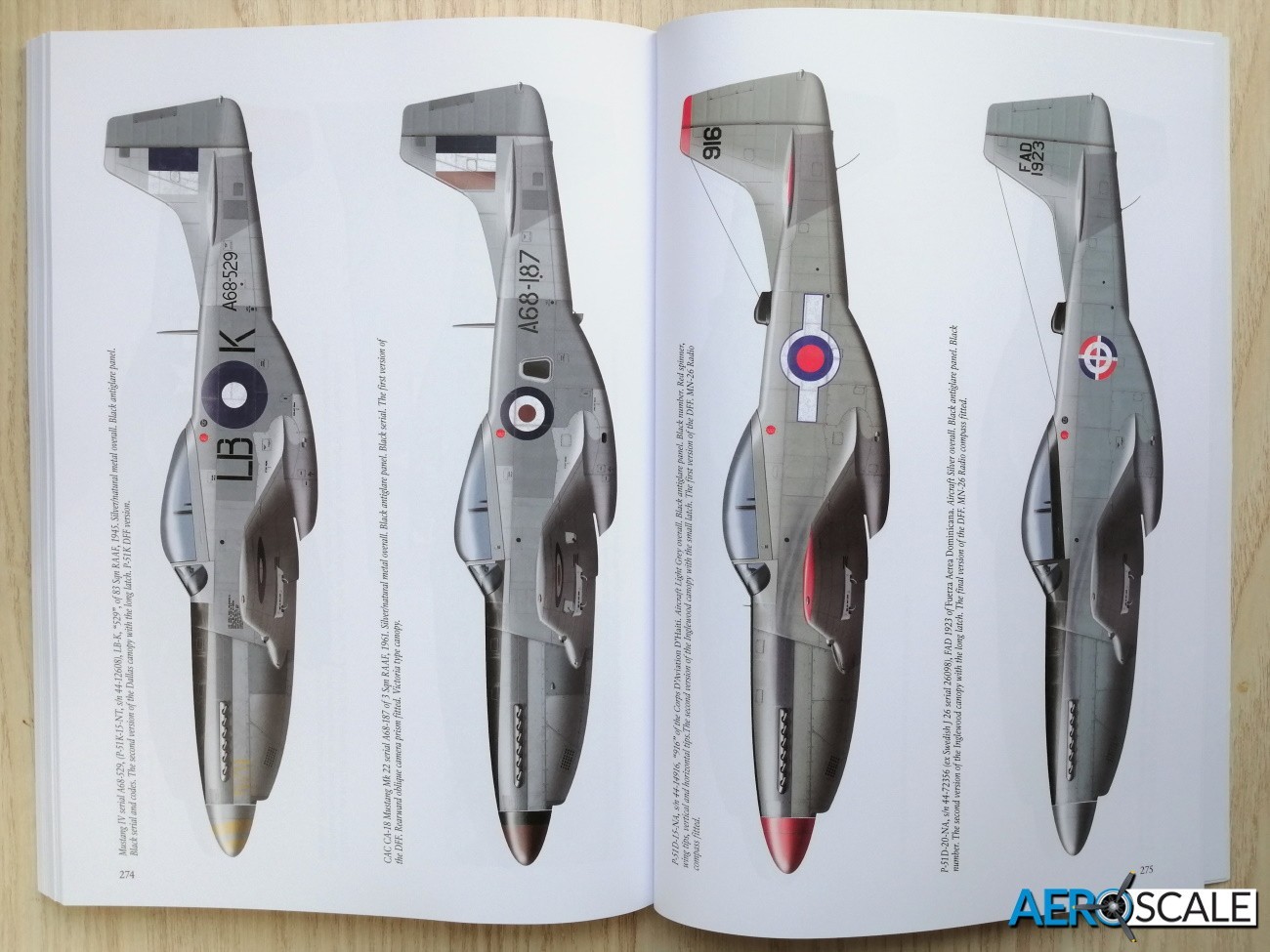