Jet Fighters of the U. S. Navy and Marine Corps Part 1: The First Ten Years

JPTRR
Editor
posted on 11 months ago — updated on 11 months ago
1,279
views
JET FIGHTERS OF THE U. S. NAVY AND MARINE CORPS PART 1: THE FIRST TEN YEARS is not only an information packed book for modelers and enthusiasts of the early U.S. Navy jets. It also details the changes in America's aircraft carriers to effectively operate the new jets. 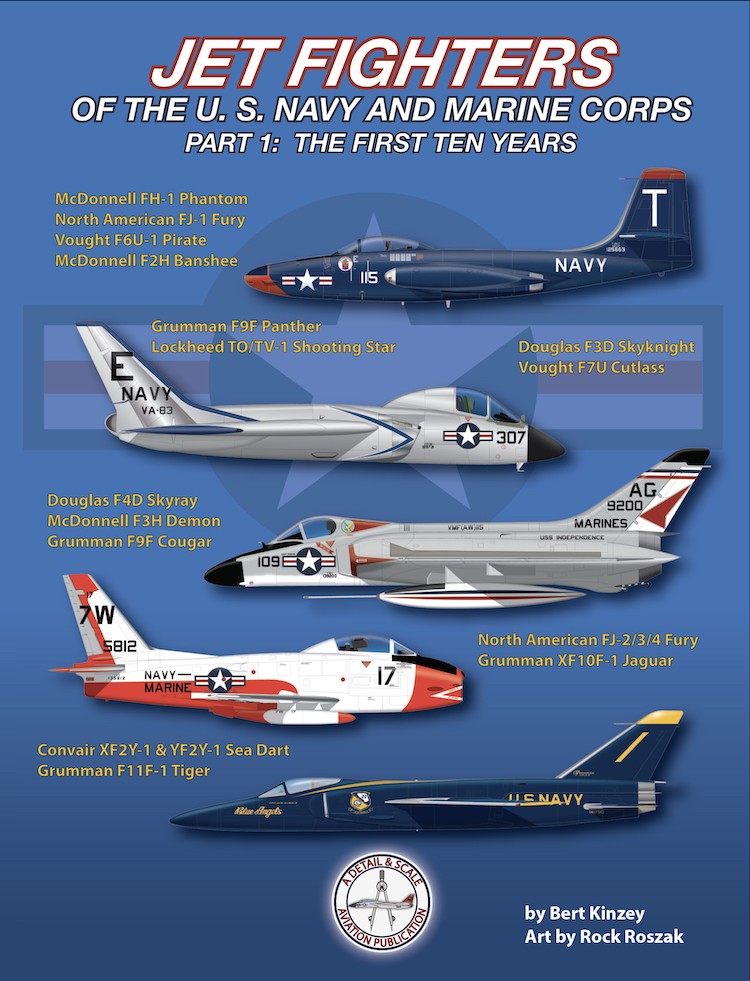 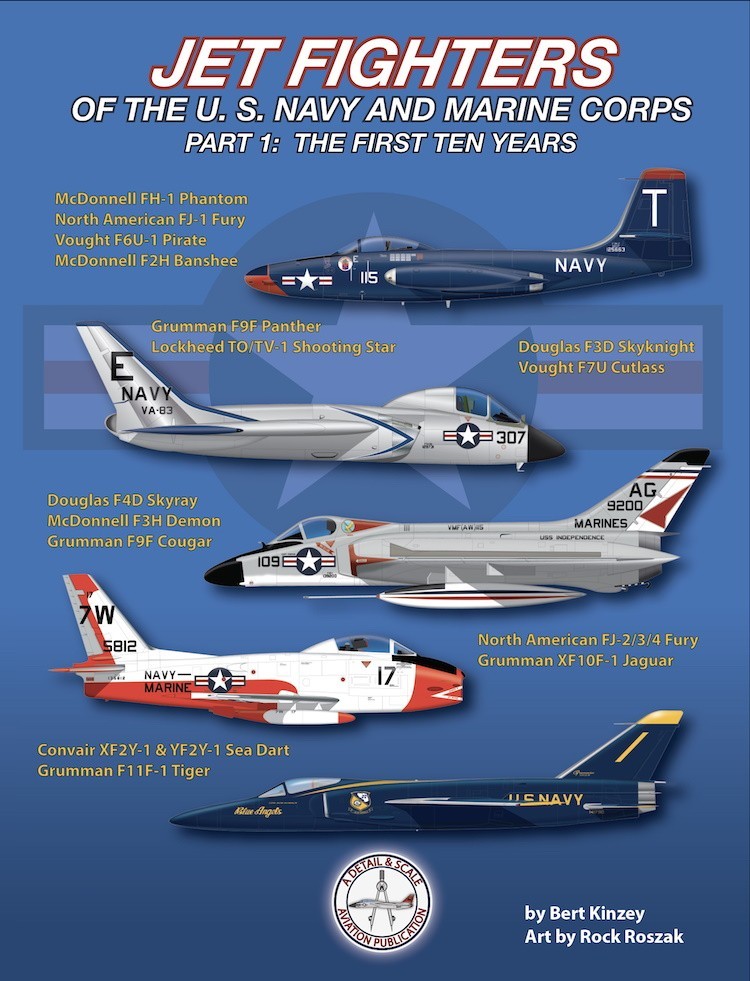 We could even consider another book as a prequel to this title:  U. S. Navy and Marine Carrier-Based Aircraft of World War II.

Jet Fighters of the U. S. Navy and Marine Corps Part 1: The First Ten Years features 113 pages, 220 high resolution photographs, 115 of which are in color, and 16 full color profiles.  It is available in these formats:

Jet Fighters of the U. S. Navy and Marine Corps is a two-book series that describes the entire history of American Naval jet fighters, from the very beginning when many thought that the onset of military jets would mean the end of naval carrier-based aviation, to today when the fifth-generation stealth jet F-35B/C Lightning II has begun its service with both the Navy and Marine Corps.  Both volumes will cover every jet fighter that has ever been produced for the Navy and the Marine Corps, and not only those that were used operationally, but even the aircraft that only made it to the flying prototype stage are included.  Also covered by the books is the history of how American aircraft carriers evolved from the ESSEX class ships that won World War II with propeller-driven aircraft to the mighty supercarriers of today.

In this first book, Jet Fighters of the U. S. Navy and Marine Corps, Part 1:  The First Ten Years, author Bert Kinzey describes the first and second generation jet fighters that came on the scene at the end of or shortly after World War II.  These jet fighters made their first flights between 1945 and 1954, and the book covers fifteen aircraft arranged according to the chronological order of the date of their first flight.

Jet Fighters of the U. S. Navy and Marine Corps Part 1: The First Ten Years

Detail and Scale books are excellent sources for modeling and history.   They  impressed me and yet only recently have I comprehended just how comprehensive they are. Founder and authors Bert Kinzey and Rock Roszak bring over 60 years of first-hand military aviation expertise into their Detail and Scale brand.  Roszak, a USAF navigator who retired as a colonel, creates illustrations for the books.   Both of the Detail and Scale creators are modelers, too.

Jet Fighters of the U. S. Navy and Marine Corps Part 1: The First Ten Years covers these aircraft:

Except for the Jaguar and Sea Dart, those jets were intended to operate from aircraft carriers.  Through eight informative pages U.S. Aircraft Carriers in the Jet Age examines the conversion of WWII carriers into jet carriers, and the first jet era design, USS Forrestal.  It covers modernization conversions such as the SCB-27A program, and others.  These saw replacement of catapults, angling of decks, repositioning of elevators, removal and replacing of anti-aircraft weapons, etc..  I am thankful this chapter is included as I have read references to those modifications but never knew (or sought out) what they are.

Preceding that chapter are the Forward and Introduction.  Those eight pages present not only the overview of the U.S. Navy's transition from propeller-driven fighters to jet propulsion, but also a fun fact about this book and the next volume.  Recall that these historical books are also for modelers and both of the Detail and Scale creators are modelers, too?  Both part 1 and part 2 of Jet Fighters of the U. S. Navy and Marine Corps are expansions of special 48-page monographs produced for Revell model company in 2002  (For their F9F and F-14 kits).

Ninety-three pages of facts, histories, and trivia of those first 15 USN fighters, starting with the stylish McDonnell FH-1 Phantom, followed by the fat Fury and the porcine Pirate, and so on.  An adage of aircraft design is that an airframe is only as good as, but never better than, the engine that powers it.  This history of the first generation Navy jets is also a history of America's early jet engines, how they propelled jets to glory, and failure.   (Hint: Westinghouse should have stayed with making toasters according to one USN pilot.)  Interesting trivia enriching the text includes why the original McDonnell manufacturer designation was "D," previously used for Douglas aircraft, and the metal of a jet engine internal shroud that shrank into the turbine blades to cause catastrophic failure.   Facts perhaps not widely known include that the Pratt& Whitney J42 that made the F9F a success was, like the Packard-built Merlin that made the North American P-51 the king of the WWII skies, a license-built British engine.  The P-51 of the early jet age, the supreme North American F-86 Sabre, was a USAF development of a USN failure, the FJ-1 Fury; when the USN recognized the supremacy of the Sabre, they returned to North American to create a F-86 for them, which became the successful FJ-2, FJ-3, and FJ-4 Fury fighter family.  D&S even presents a British idea that Britain would like to forget, Project Flex Deck.

USN fighter designs ran the gamut of airframes little evolved from propeller days to cutting edge futuristic tailless designs.  Each aircraft is introduced with background of their design intentions. Development, modifications, deployment and operational histories are  examined, e.g., F2H Banshee increased in size to become known as "Big Banjos," and Grumman swept the wings of the F9F Panther to create the F9F Cougar.  Some developments never left the drawing board and these are not ignored.  Developments of fighter-bomber, nuclear delivery, and photo reconnaissance models are discussed, as are conversions from  guns to missile armaments, and conversions from manned aircraft to drones.   Even details like changes to windscreens are mentioned.   Squadron assignments and cruises upon specific carriers are included.   Air-to-air and air-to-ground munition development and employment are touched upon, too, as are non-lethal stores like buddy refueling tanks.

This book is filled with fascinating historical and technical detail that modelers can convert to scale.  It is also the catapult to more advanced carrier jets: a couple of the aircraft in this book were significantly improved enough to become true supersonic aircraft, and their story is continued in part 2 of Jet Fighters of the U. S. Navy and Marine Corps.

The text is richly supported with color and black-and-white  photography.     D&S populates the book with a gallery of choice images, a great strength of the series.   Each image in this book can be considered studio quality.  USN's first jets were born in the era of Kodachrome and the revolution of easily obtained high performance color film.  Naval aircraft of the era were often very colorful and this book presents that characteristic vividly.

Focused eyes can glean a lot of information for historians and modelers, such as the discoloration of the unpainted airframe over the powerplant area of the F7U Cutlass.  Two interesting photos in particular are of Navy aircraft, belonging to the US Army, flown by civilian contractors, from an USAF base.   Another remarkable image is a ramp scene with a bright yellow fuel semi-tanker servicing gray jets with bright unit markings.   And recall the chapter about aircraft carriers?  You can find excellent color views of carrier deck colors.

Further aircraft photographic detail includes a photo of the instrument panel for all but a few of the subject jets, sometimes more than one example.   Many are color images of museum aircraft.  That attention to detail extends to the powerplants (many are shown as cutaways in museums).  That is especially interesting as several of these aircraft used jet engines from different manufacturers.  Images of armament and equipment compartments are included as well.  This book presents a great deal of visual source material for modelers, artists, and historians.

Illustrator Roszak brings us images not captured on film with original artwork.

b. Maximum speed and rate-of-climb:

Detail and Scale does the modeling community another solid with Jet Fighters of the U. S. Navy and Marine Corps Part 1: The First Ten Years. This book presents a great deal of textual and visual source material for modelers, artists, and historians.  It is obvious the text is by very experienced military aviation authors with a passion for the subject, who want to share it with modelers and historians.  A wealth of detail is crammed into these 100+ pages.

I don't know about you but I really enjoy looking into the guts of an engine so the color photos of cutaway jet engine s are particularly enjoyable. Likewise, do you know any aircraft enthusiast who does not enjoy looking at instrument panels?   This book has those, too.   Images of armament and equipment compartments are included as well.

Modelers and historians of this fascinating era of naval aviation, early jets, and the Cold War should be enthusiastic for this book.  I have no complaints and happily recommend it. 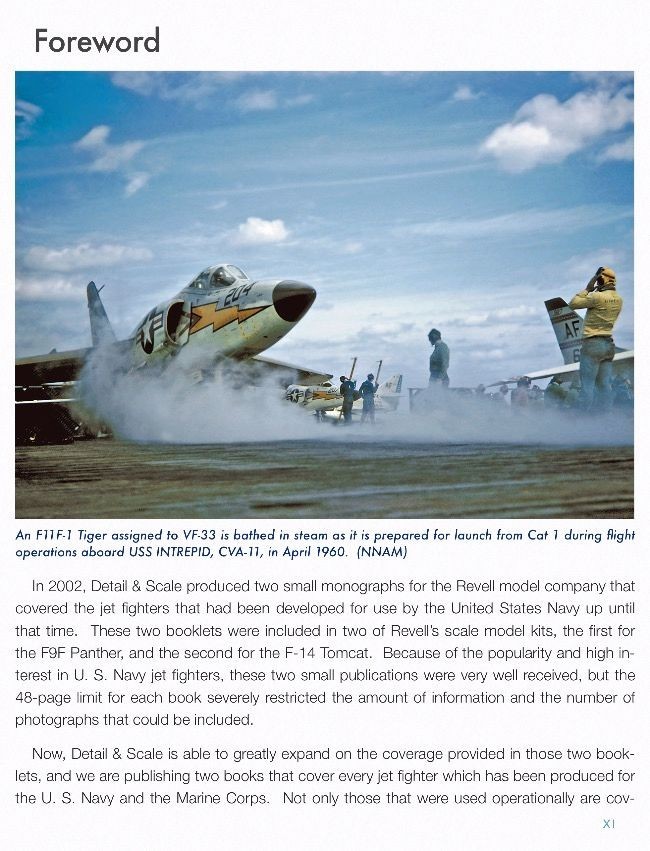 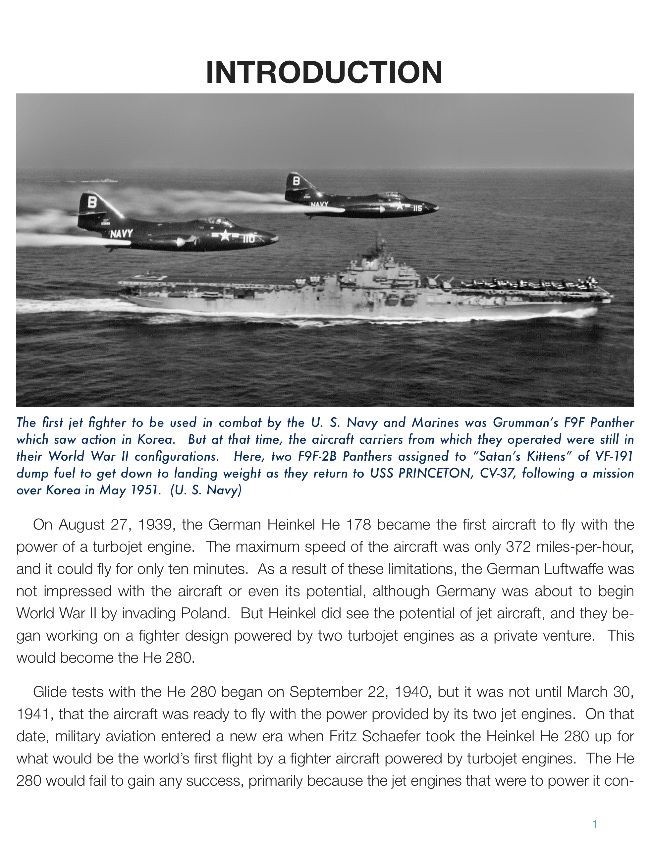 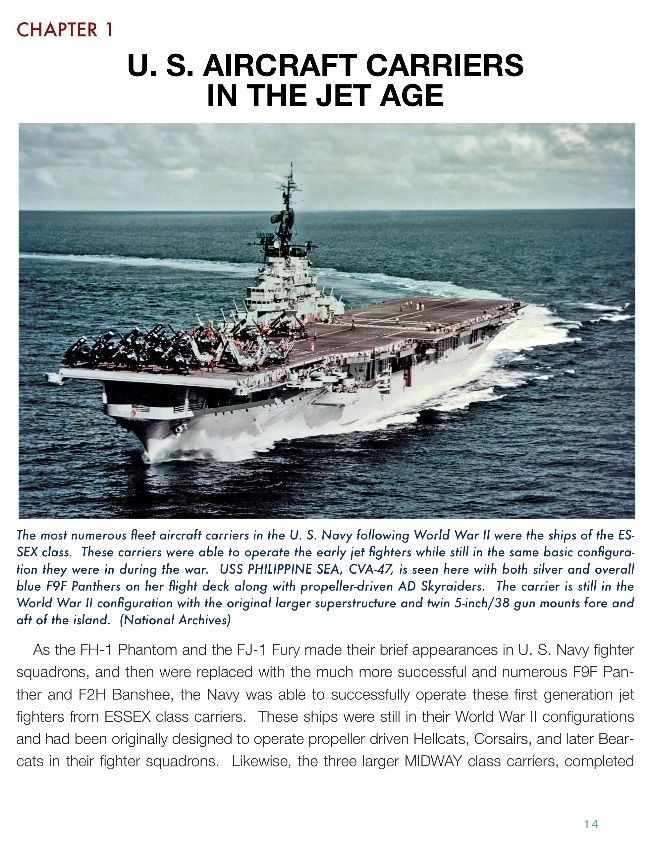 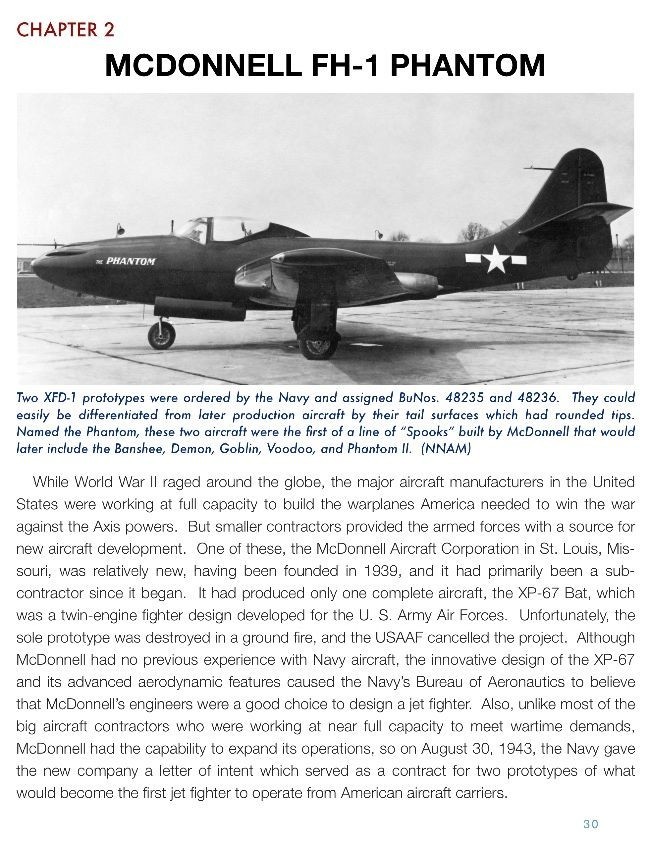 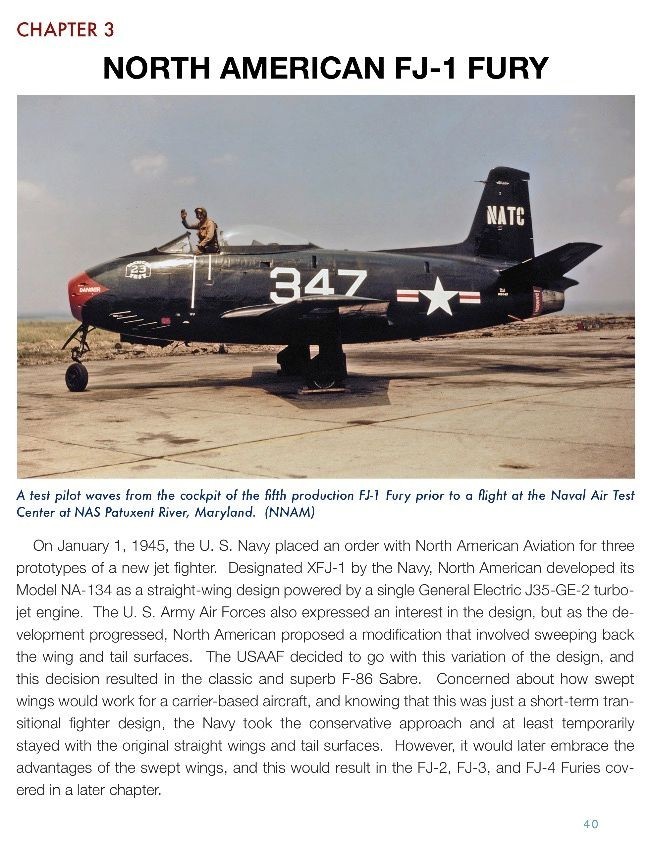 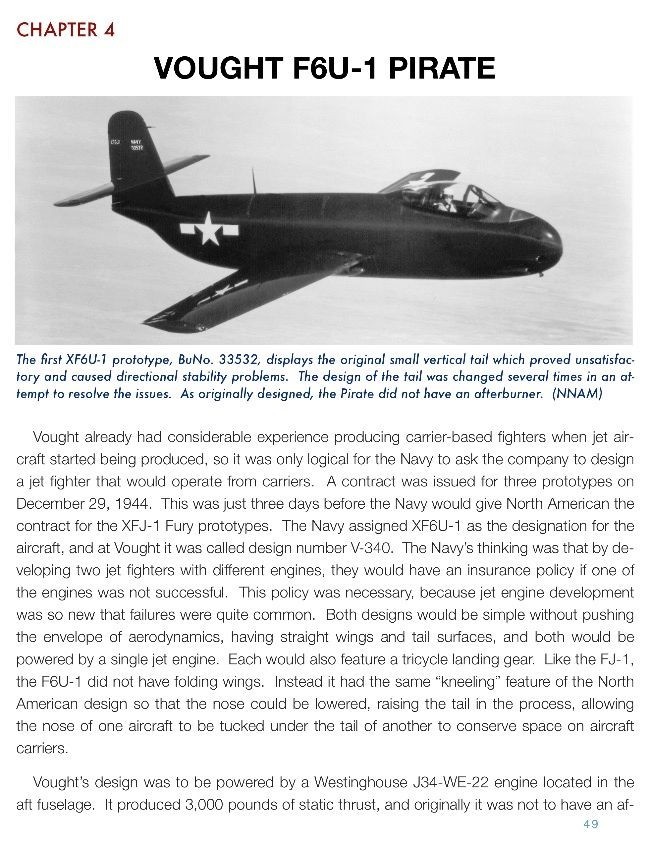 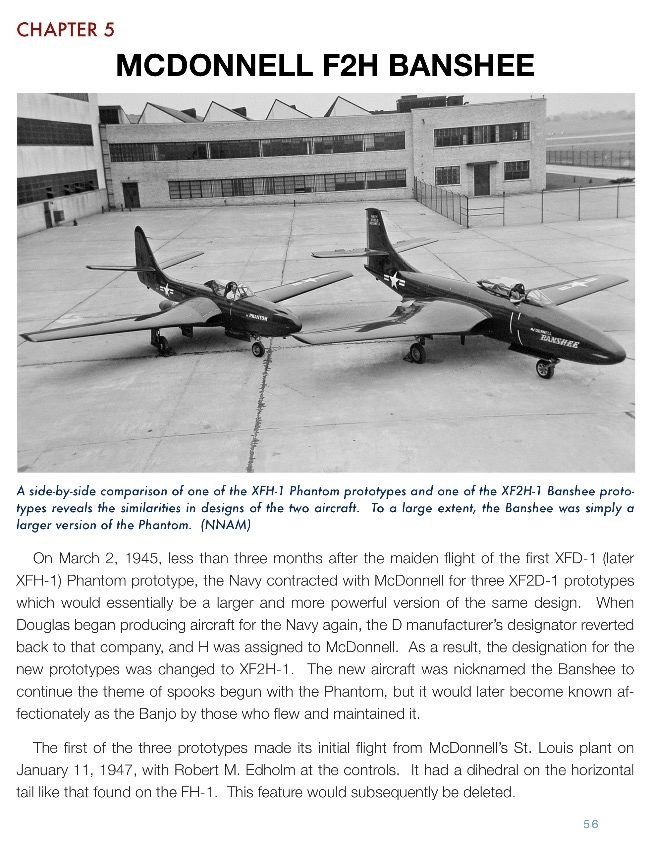 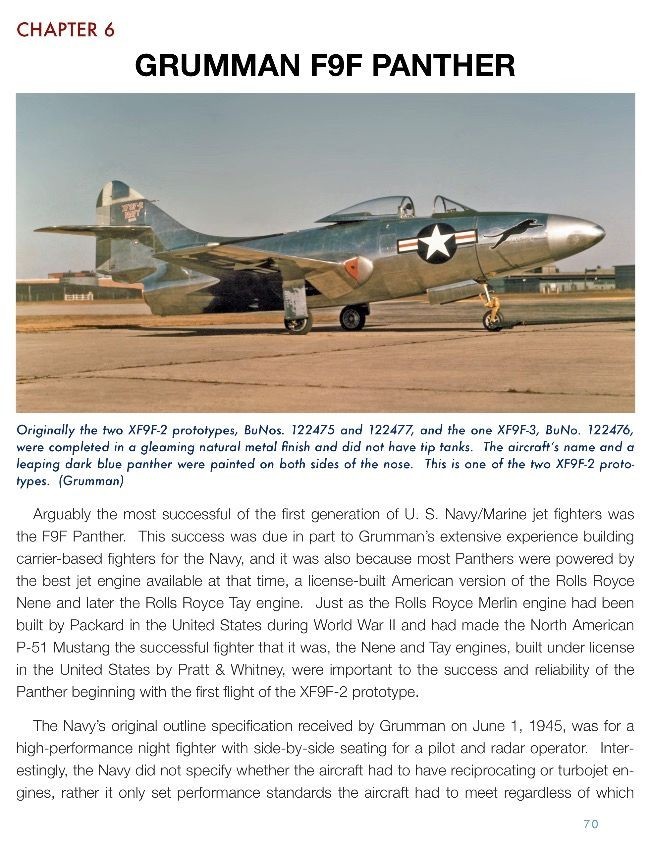 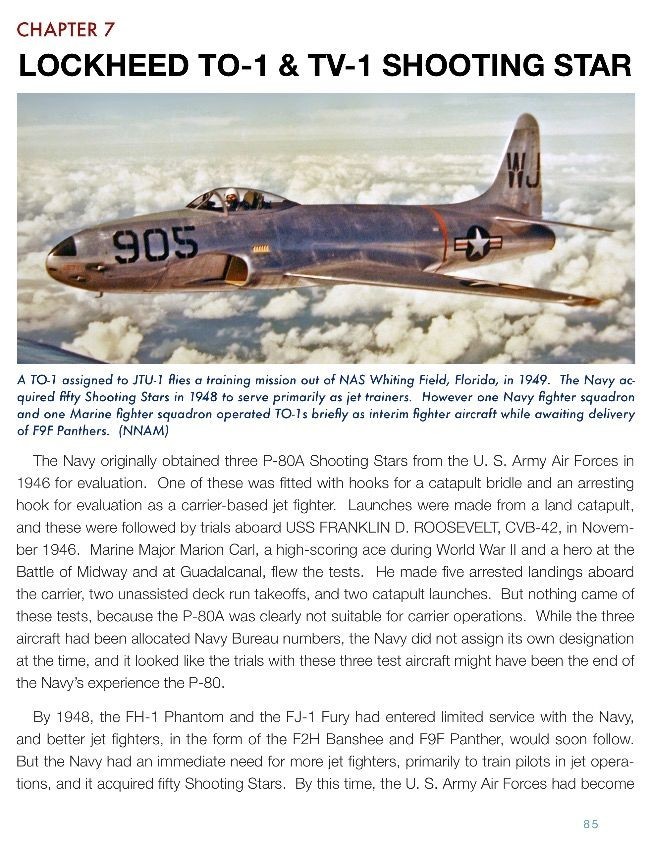 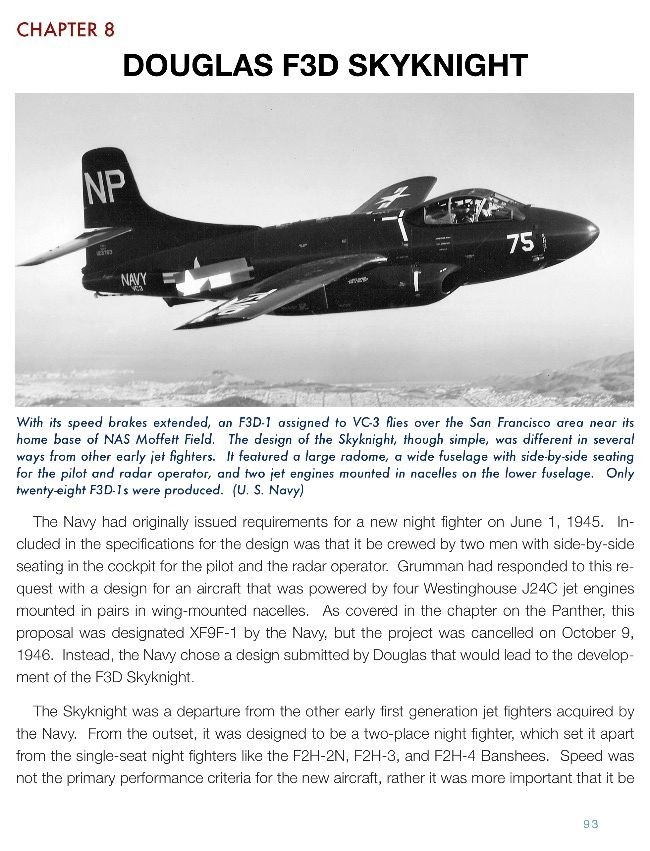 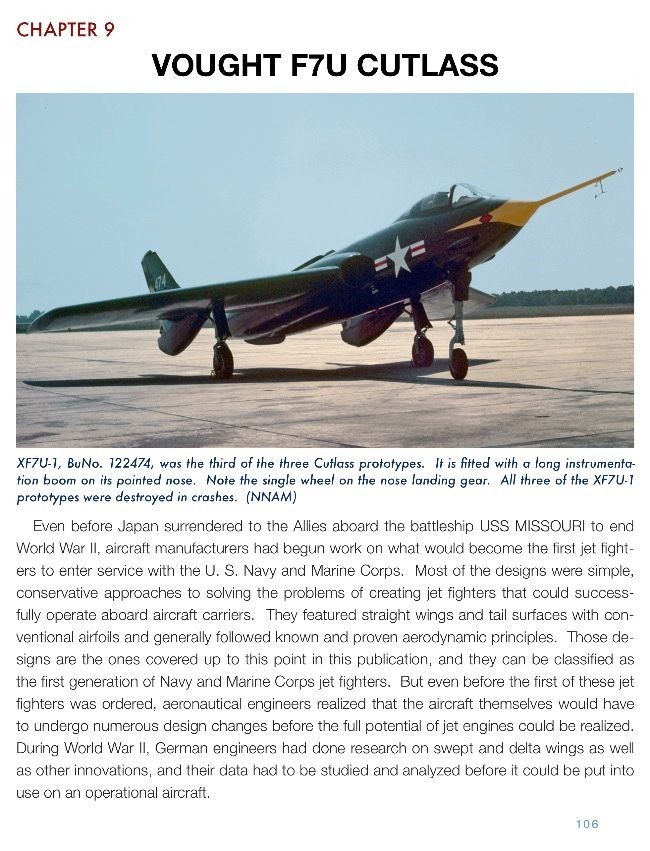 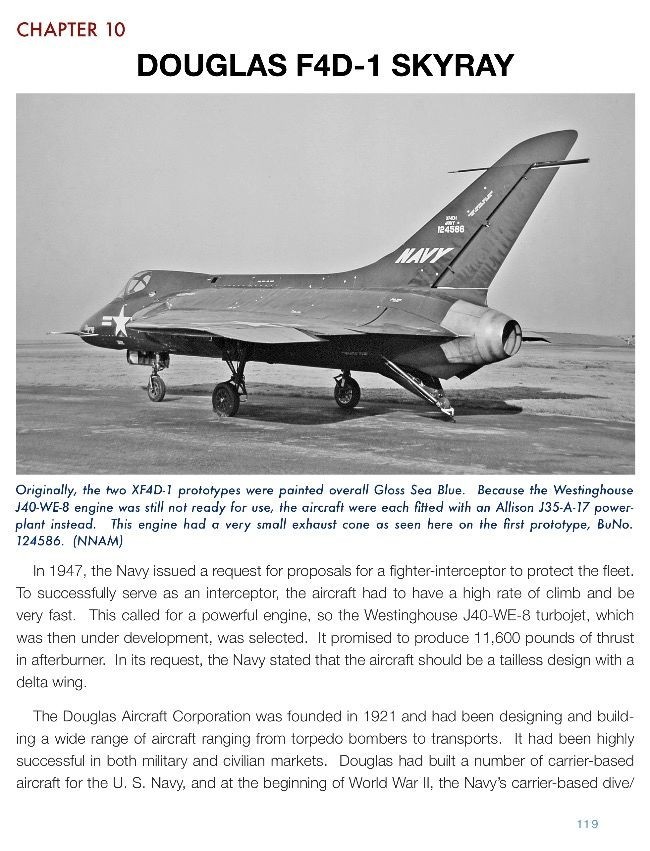 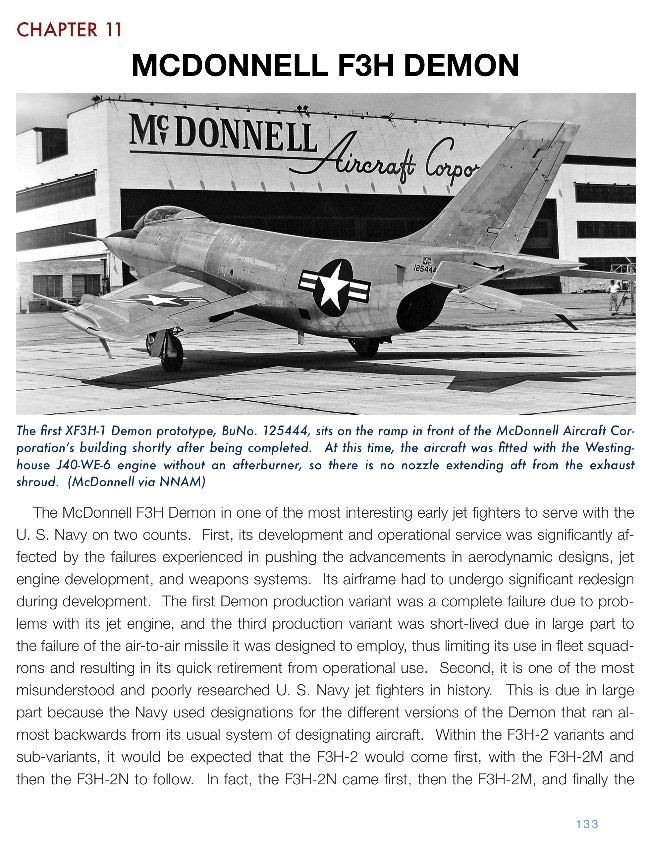 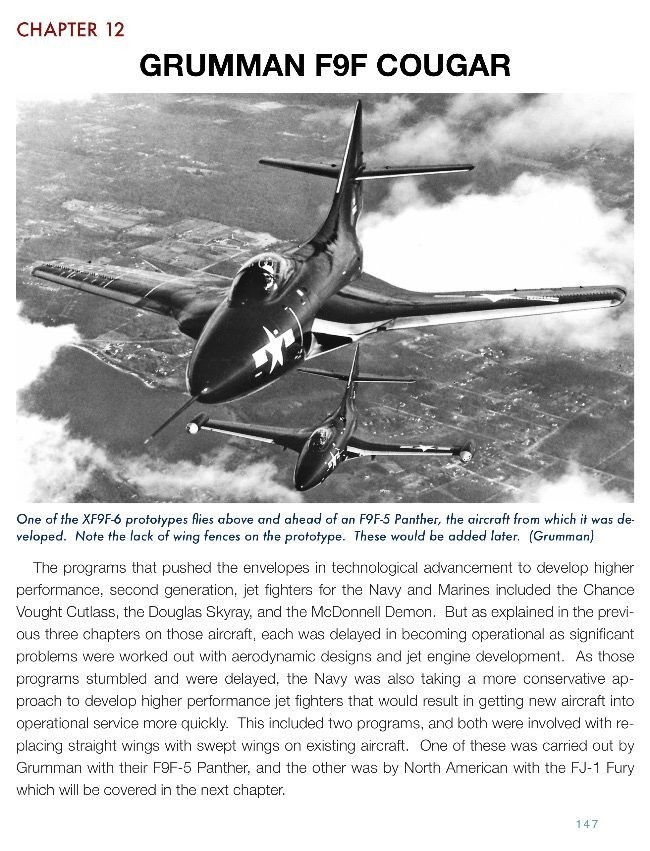 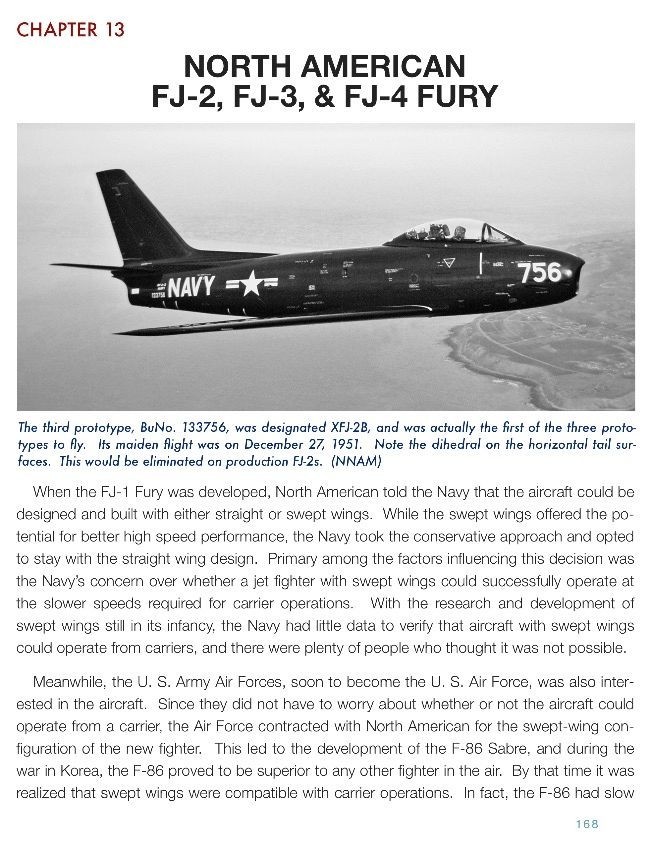 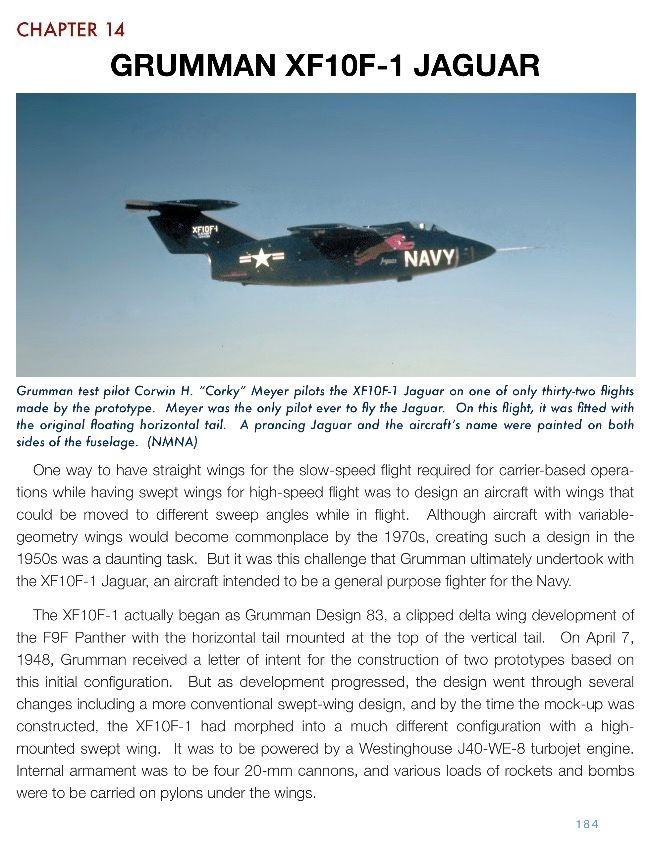 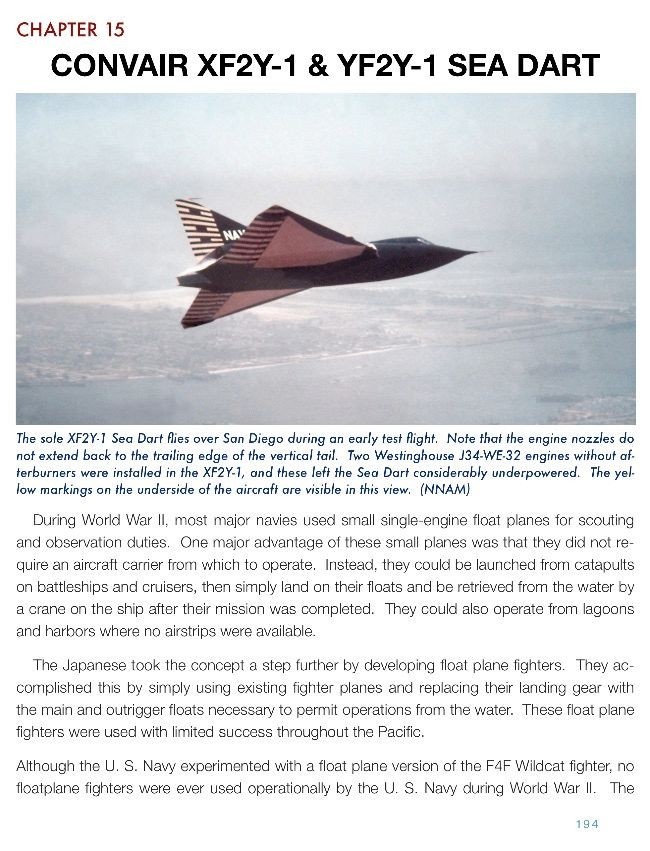 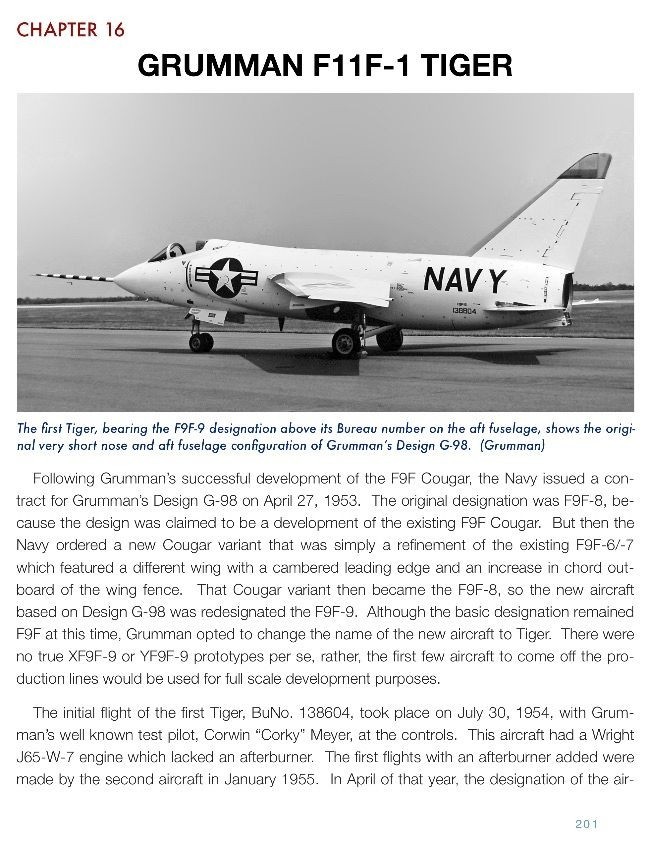 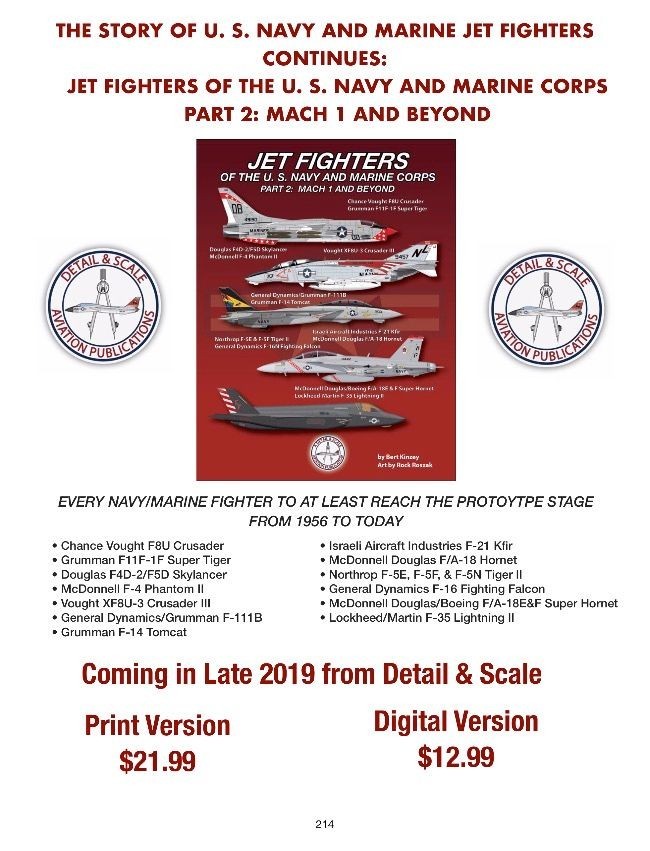