Litespeed
Editor
posted on 1 year ago — updated on 8 months ago
1,145
views
FineMolds is release in the new year a surprise Edition of their new tool 1:72 scale F-4EJ with another if somewhat more subtle painted celebration of the types service with the JASDF 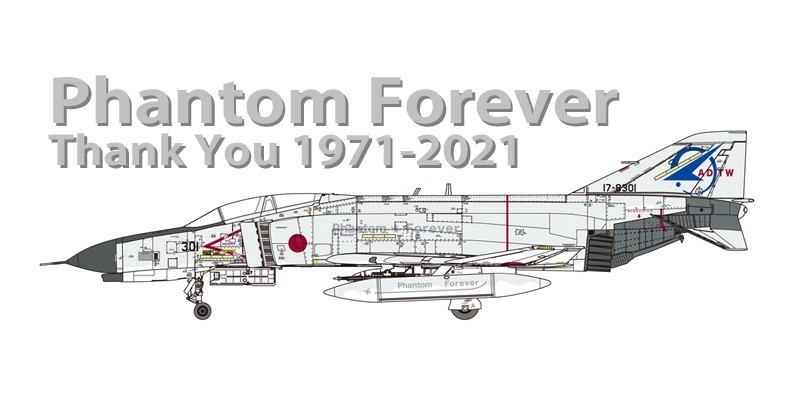 “On December 10, 2020, the F-4EJ "No. 301" with  special markings suddenly appeared at the Air Self-Defense Force Gifu Air Base.This No. 301 is the first F-4 fighter introduced in Japan, and while it is said that all F-4EJ aircraft will finish operation, the surprise that the first introduction will draw a special marking at the end of operation is a big topic. I called.

I hurriedly modeled this aircraft. Based on the F-4EJ fighter (FP37) kit released in October 2020, a decal that reproduces the special marking is set. In addition, new plastic parts will be added to the antenna parts on the back, which is a feature of this machine, and a horizontal stabilizer with a reinforcing plate will be set. Limited edition”………Finemolds

★ Gifu Air Base No. 301 commemorative painting is reproduced with new decals.

★ New plastic parts have been added to the antenna on the back. 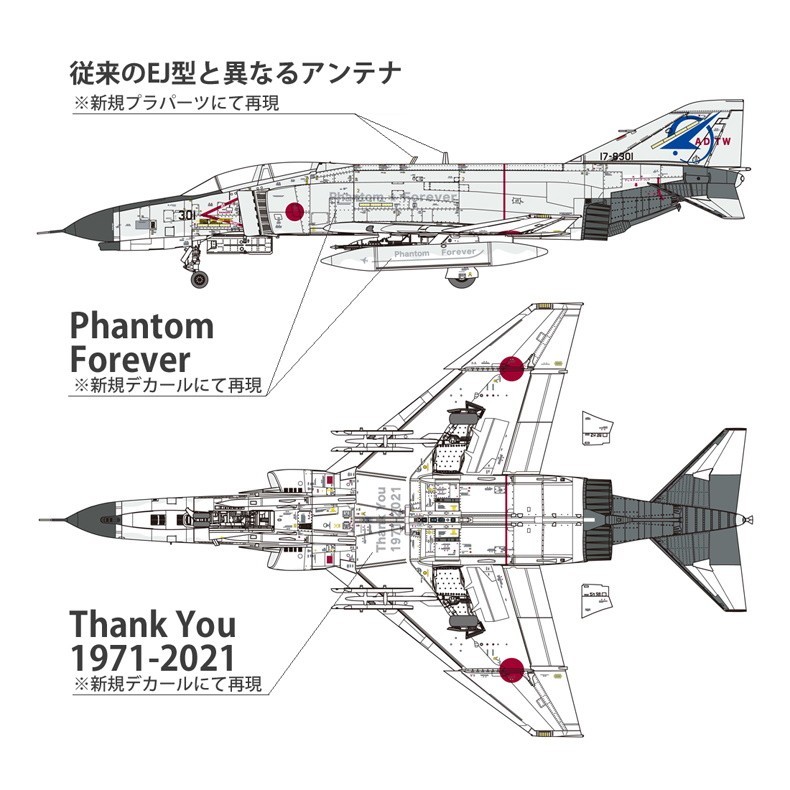