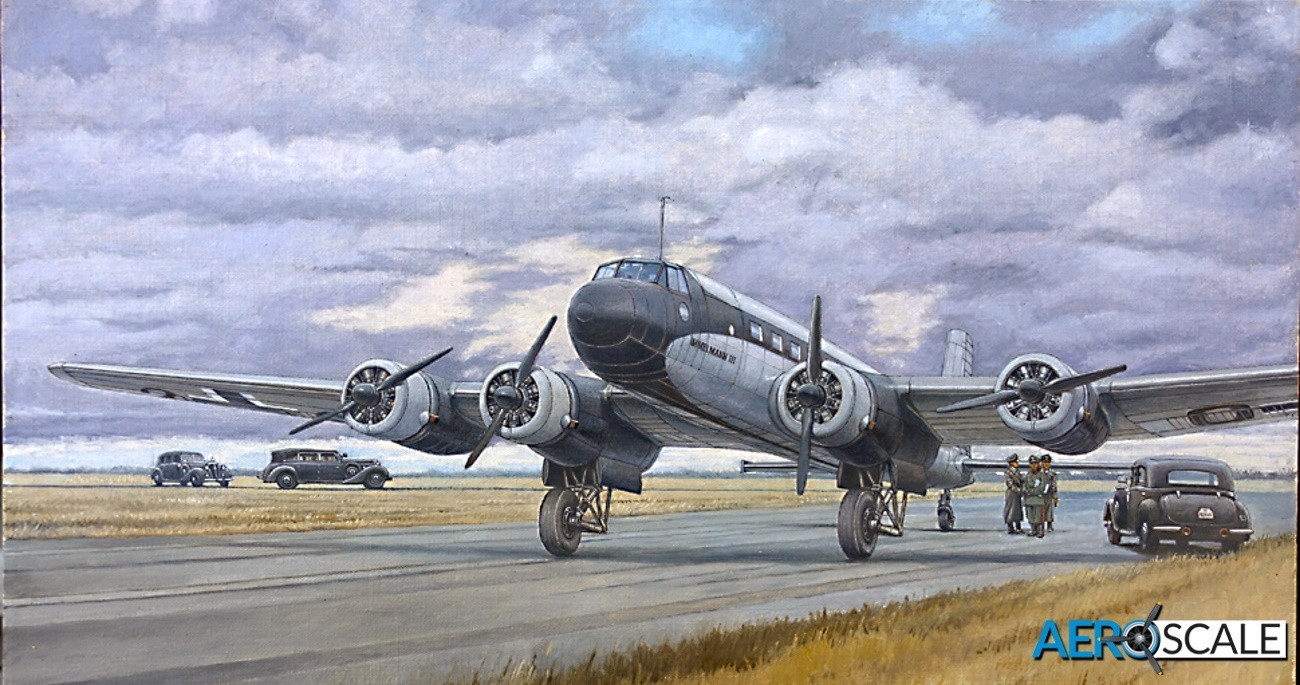 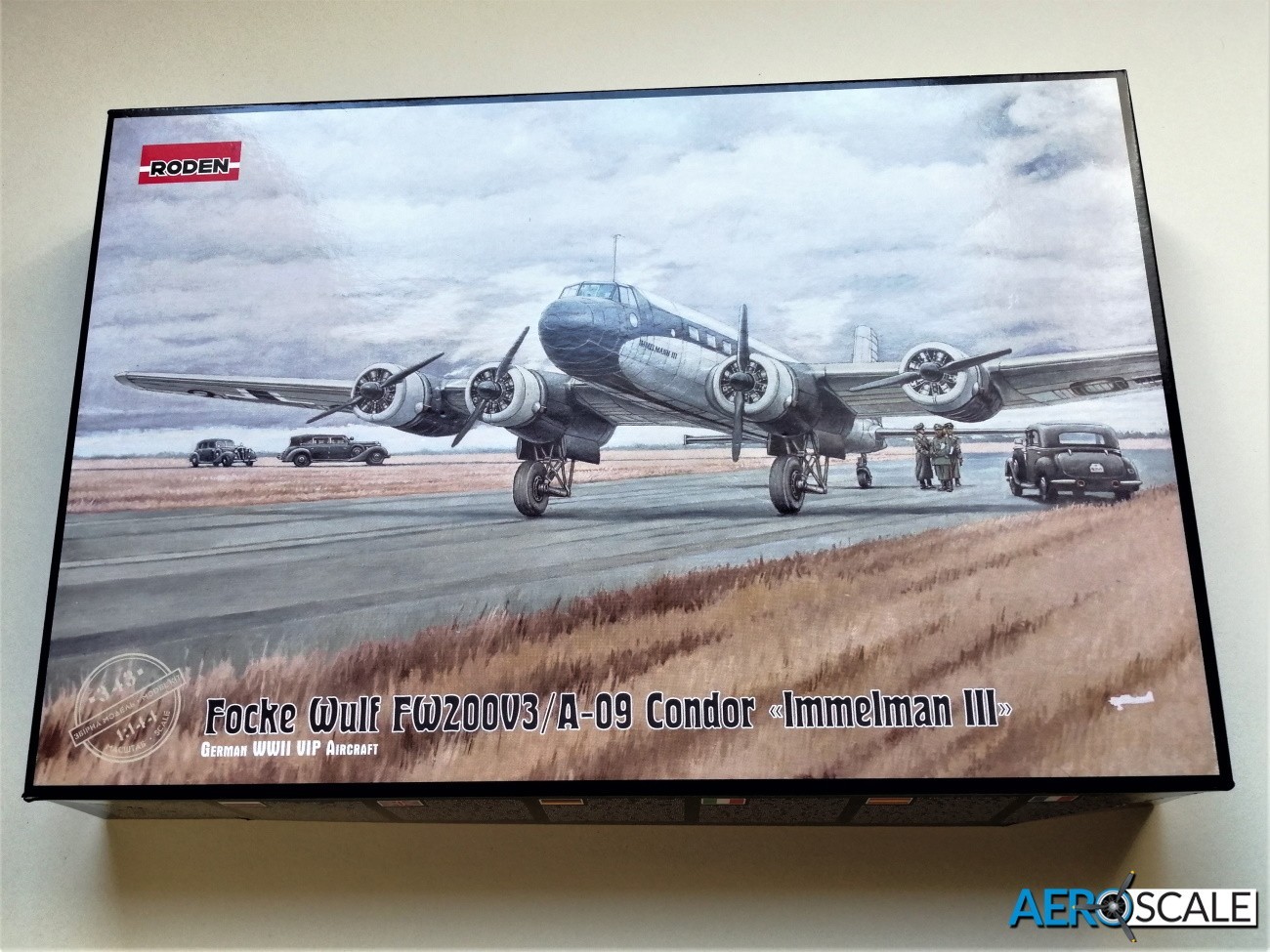 The Focke-Wulf Fw 200 Condor, also known as Kurier [Courier] to the Allies was originally designed as a long range trans-Atlantic passenger carrier. Trans-Atlantic flights were dominated by flying boats so it was pretty unusual for the director of Focke-Wulf Kurt Tank to propose the land-to-land concept. The long wing span [hence the name] enabled it to fly at higher altitudes for the time. The cabin was unpressurised so the ceiling was limited to just over 3,000 m [9,800 ft]. The Fw 200 was designed by Ludwig Mittelhuber after Deutsche Lufthansa issued a specification in June 1936 and a year later Fw 200 V1 made its maiden flight. 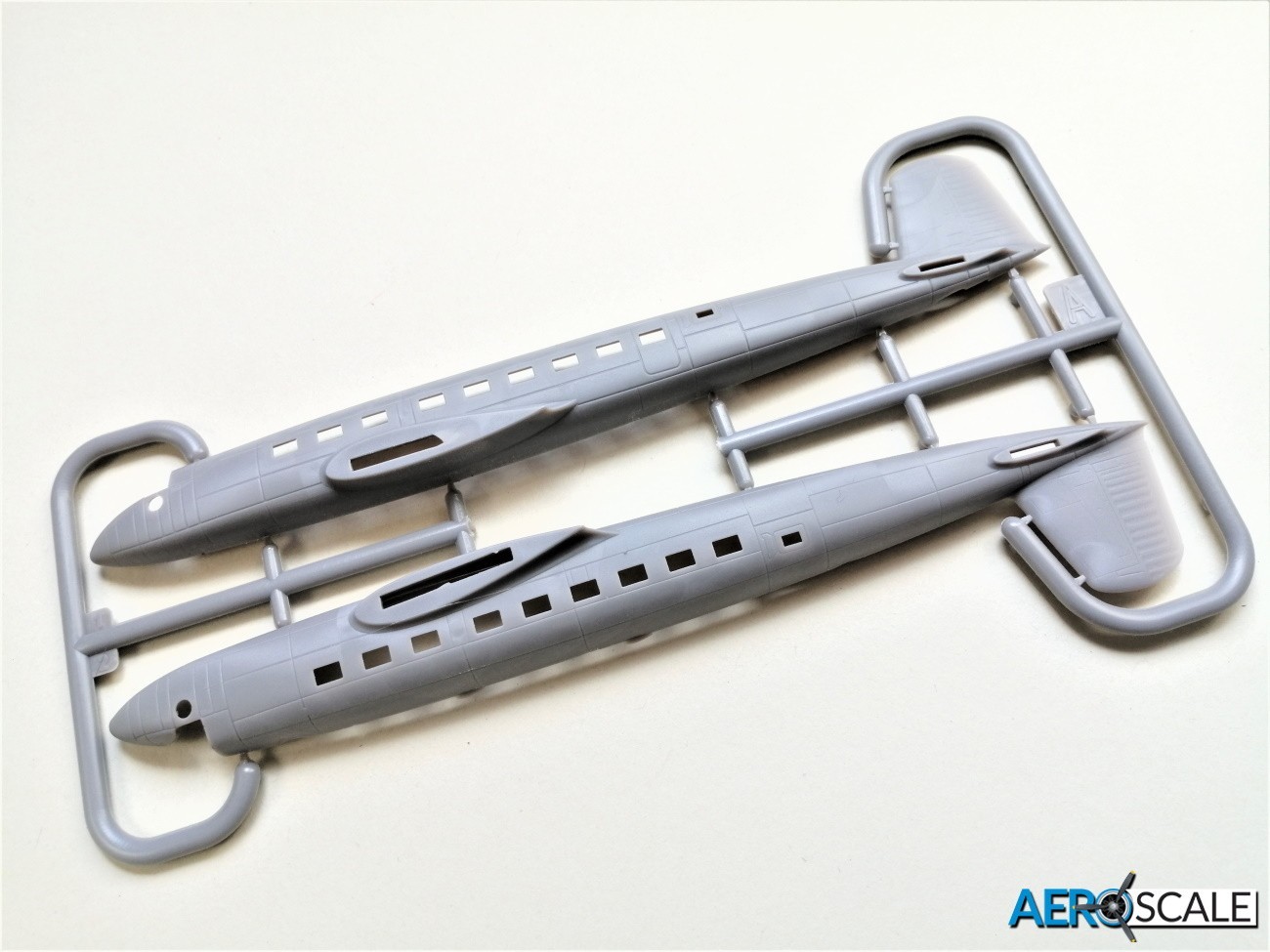 There were three variants of the Fw 200: ‘A’ was the civilian version and ‘B’ and ‘C’ were the military variants. The Japanese Imperial Navy requested a military maritime version for search and patrol duties. Focke Wulf built the Fw 200 V10 for this purpose, but was never exported as war in Europe broke out. The V10 was to be the pattern for the military version of the Condor. The militarised Condor had a longer fuselage and defensive armament. Offensively it had a fuselage bomb bay and hard points for bombs on the wings and was adapted to carry the Henschel Hs 293 AGM. The Condor was very effective during the ‘Battle of the Atlantic’ sinking many allied ships. Winston Churchill called the Fw 200 the "Scourge of the Atlantic". With the introduction of CAM ships and escort carriers, the threat was severely reduced. 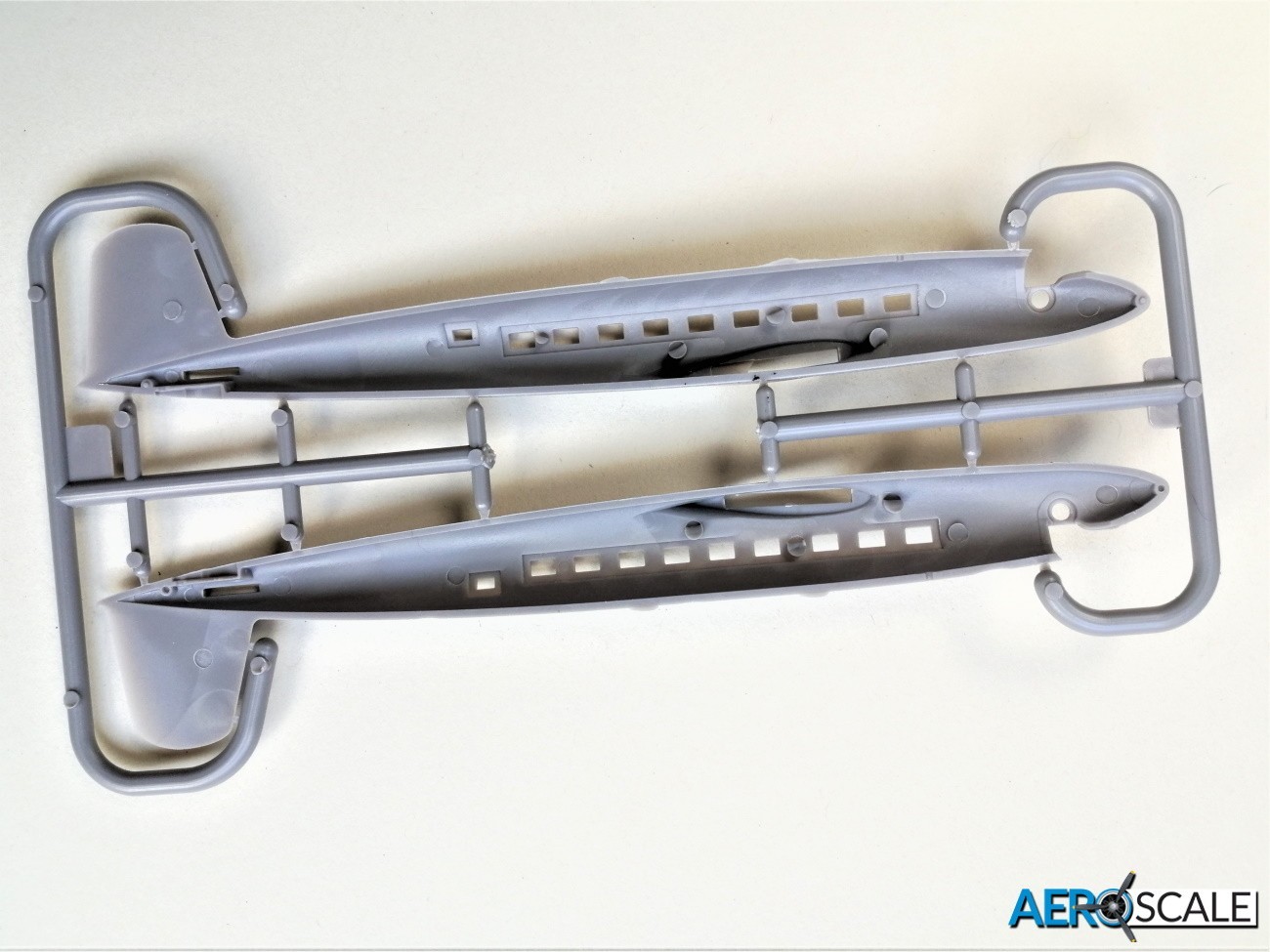 The Fw 200 was operated by Deutsche Lufthansa, Det Danske Luftfartselskab [DDL] and Lufthansa's Brazilian subsidiary Syndicato Condor. Dai Nippon KK of Japan also ordered the Fw 200 airliner, but again with the outbreak of war in Europe they were never delivered. Interestingly the single DDL Condor was impounded while in the UK. It was used by BOAC and later by the RAF until it was written off in 1941. 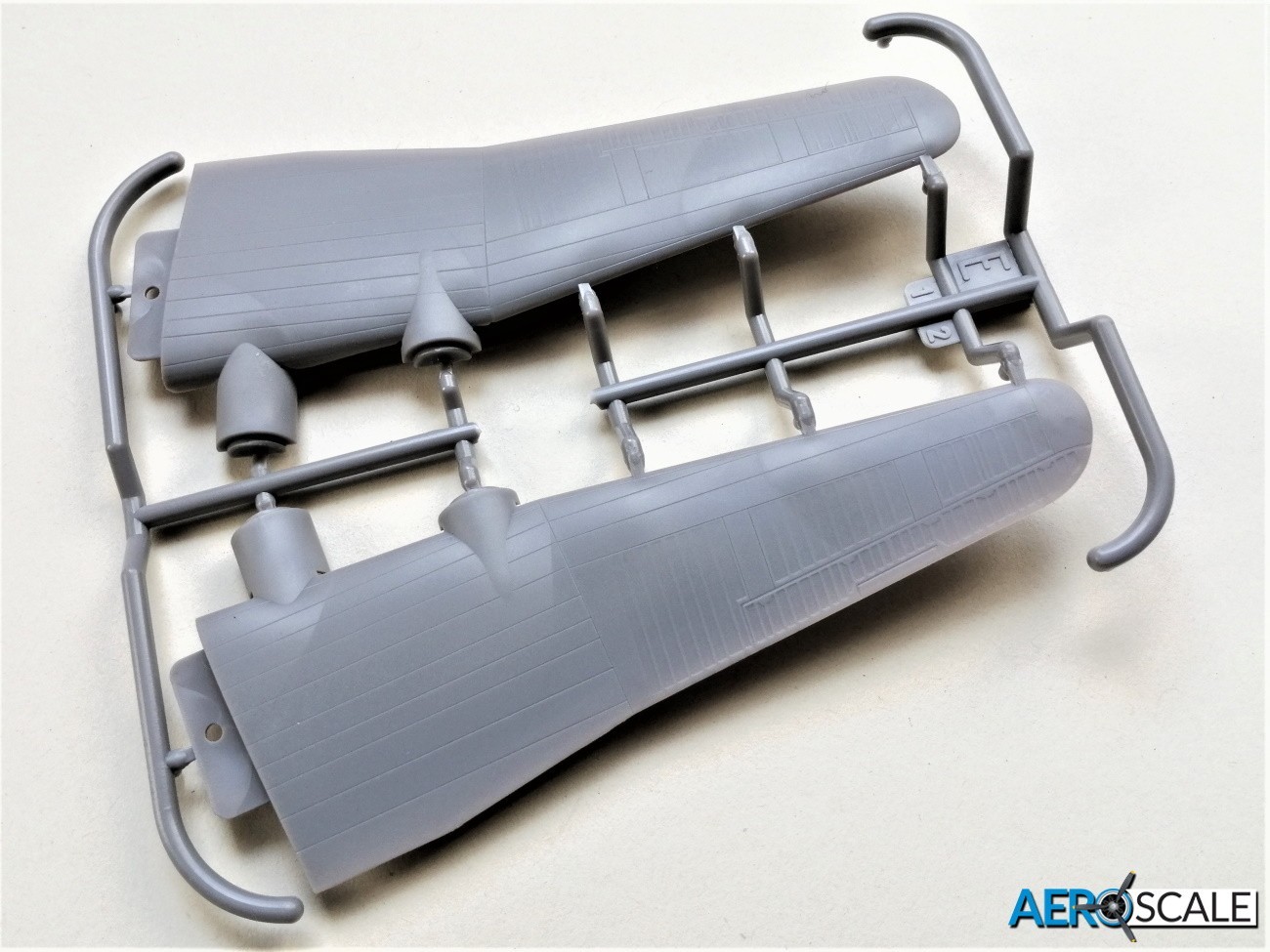 A modified Fw 200 V1 [S1] broke several records including a non-stop flight from Berlin to New York taking almost 25 hours. This release from Roden models the civilian Condors that were used by the Luftwaffe for transportation duties. One was modified as Hitler personnel aircraft: D-2600 Immelmenn III 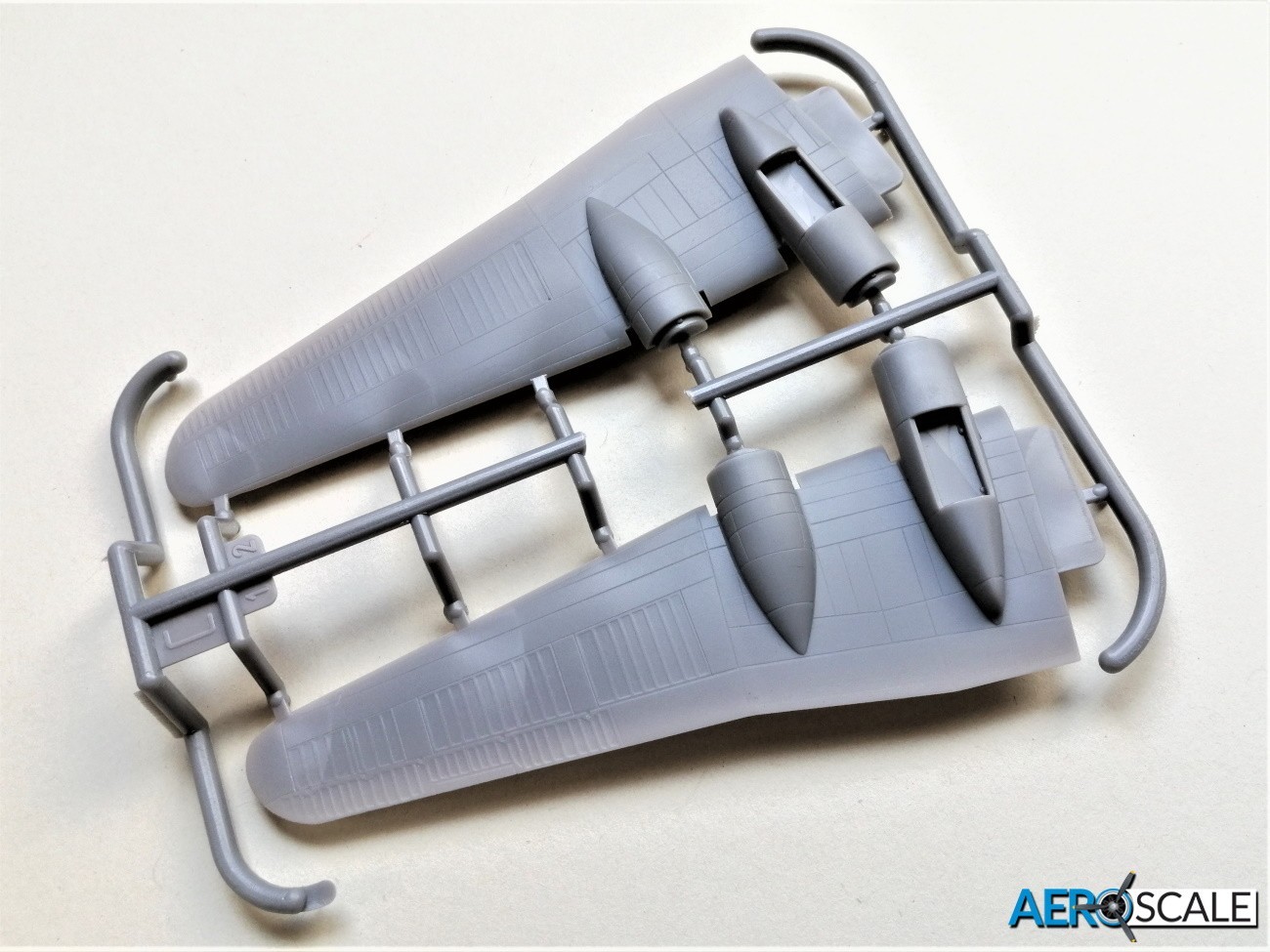 Just one of the 276 Condors built is displayed intact at Hangar 7, Berlin Tempelhof Airport. It had been restored by Airbus Bremen after being submerged in Trondheim Fjord, Norway. It ditched in February 1942 and was raised 26th May 1999. https://www.youtube.com/watch?v=TWujq789zG8 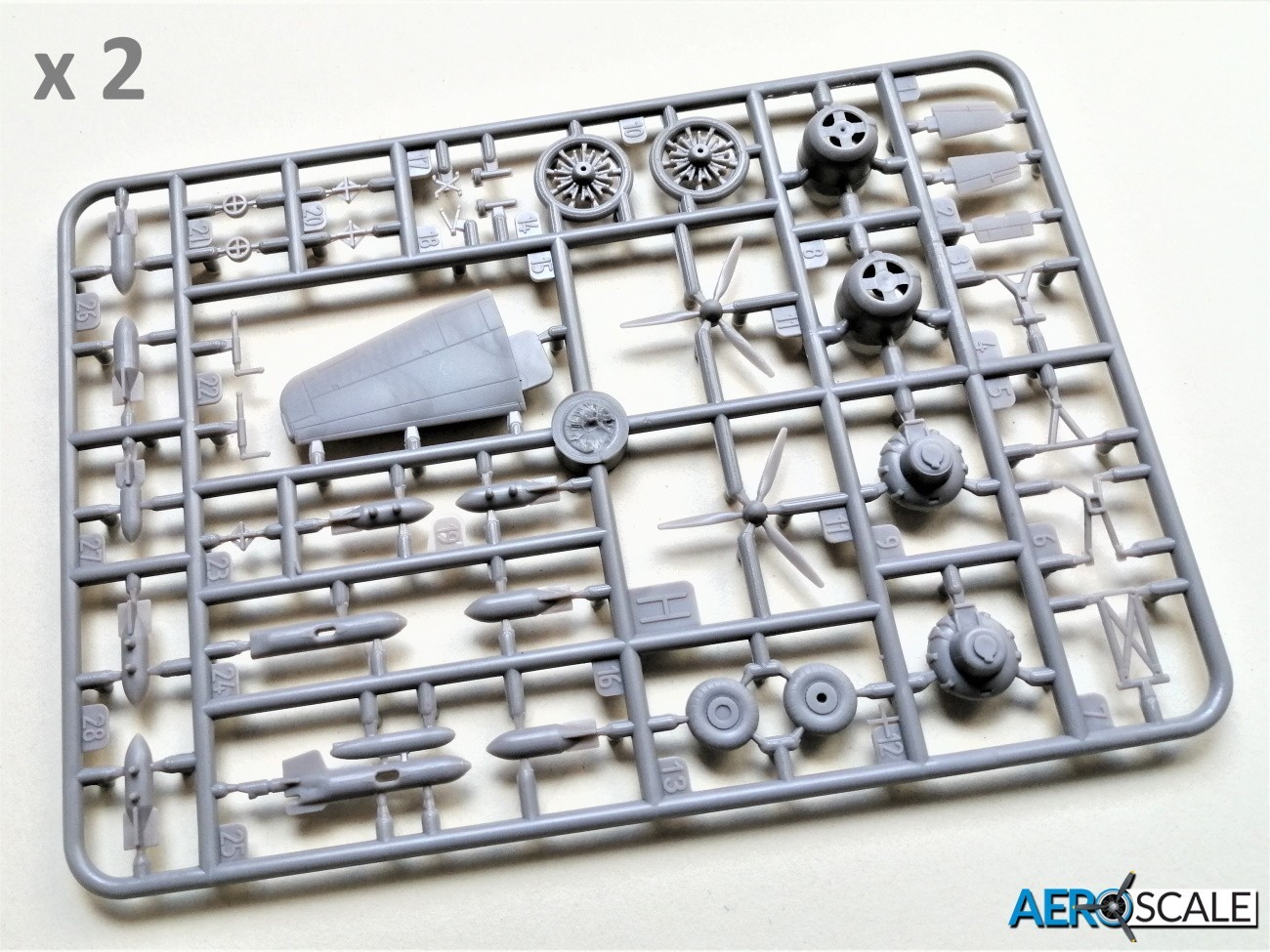 If you like the idea of multi engine aircraft, but are short on space. Then 1:144 scale is an ideal solution. The Fw 200 Condor of one of the most elegant of the early trans-Atlantic aircraft and this is Roden’s second release. Even with the addition of turrets its beautiful lines were not spoilt. Though this release of the Immellmann III has a distinct lack of defensive armament. First impressions are positive: the panel lines are fine and recessed. There is a little flash here and there, but nothing excessive. All the sprues including the clear are placed in one bag. 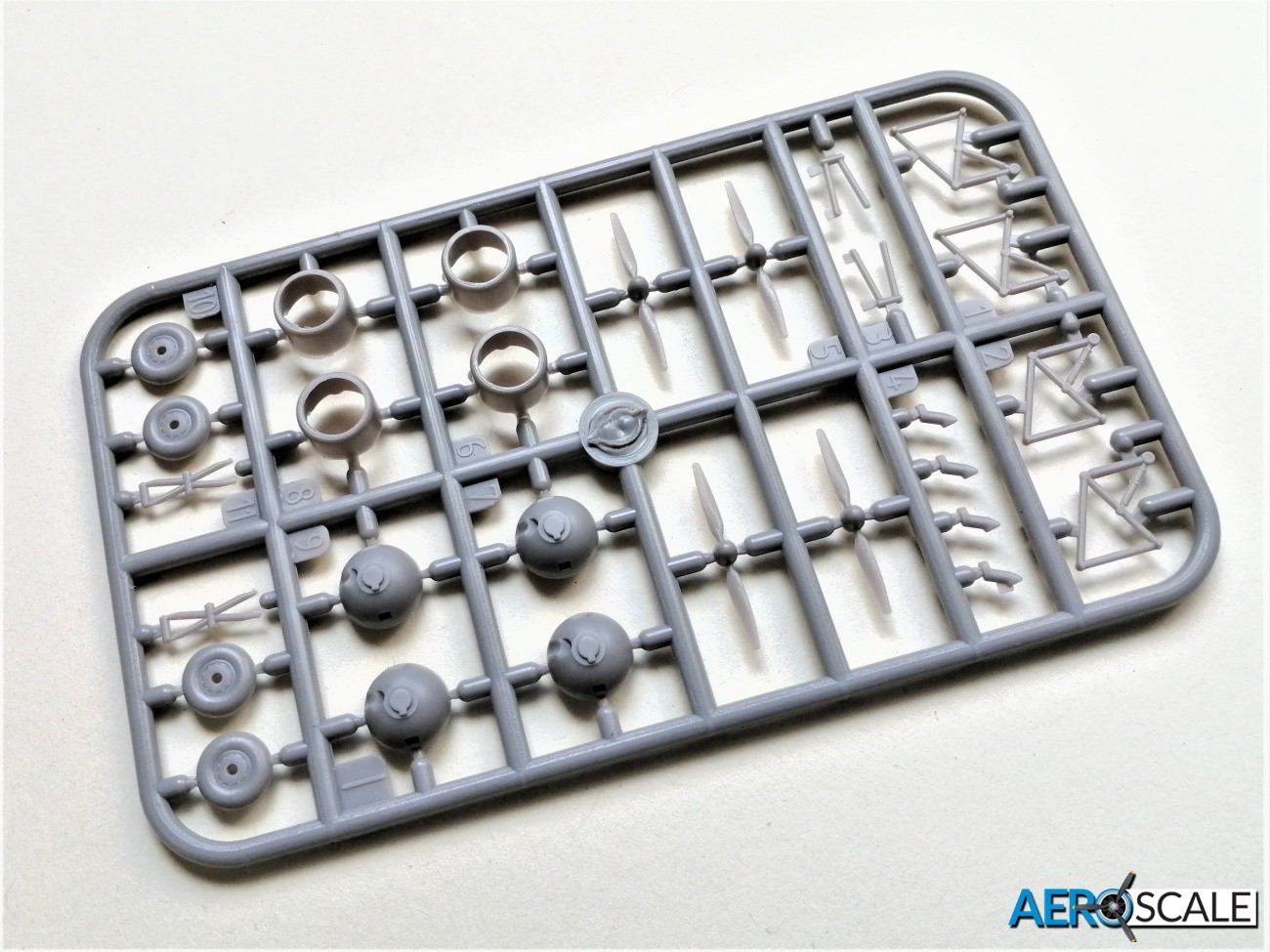 The fuselage has strips of clear plastic for the passenger cabin, though some of the raised extruder marks on the inside of the fuselage will need removing. There is no internal detail, though I doubt if any would be seen. This seems to be the norm with this scale, and understandably so. There are two individual windows to the rear and a couple of portholes just below the cockpit glazing. The cockpit glazing is one piece. The rudder is fixed and it has some fine detail representing the fabric covering. There are a couple of helpful locating pins in the nose and tail. 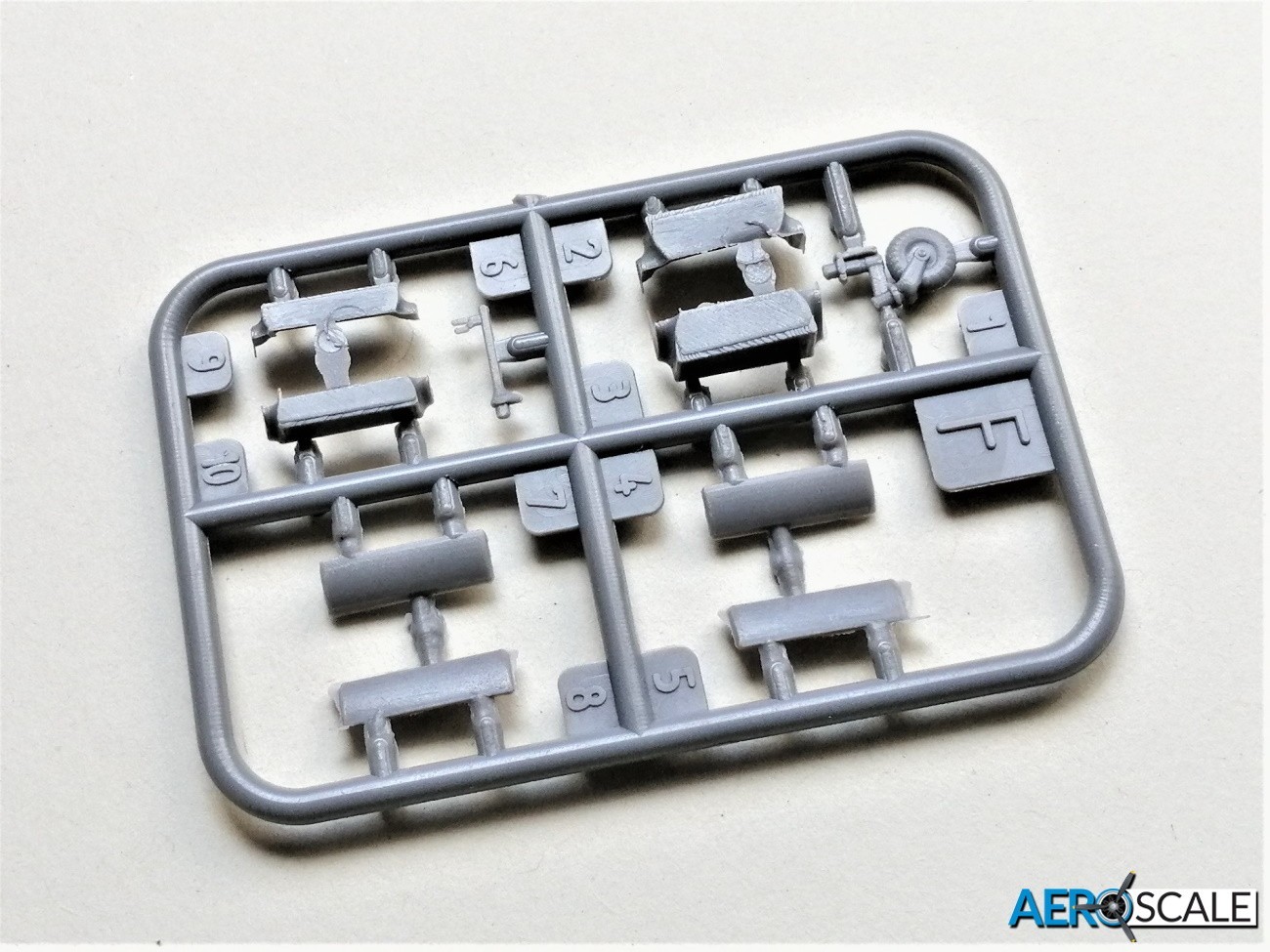 The wings have some lovely restrained detail on the ailerons and down the central part of the wing. The wheelbays in the inboard engine nacelle are closed over. There are faint marks indicating where the undercarriage legs are attached. There are substantial stubs attached at the wing root to give excellent support for the join to the fuselage. The one-piece tailplanes again have lovely ribbed detail on the elevators.

The one-piece engine cowling will need the cross-shape flow channels removing carefully. Might be worth considering just drilling them out. The nine-cylinder engines are nicely detailed for this scale. These fit on the separate engine mount and then the cowling fits over. There are separate exhaust pipes to fit too. The two blade props look good with sharp edges. 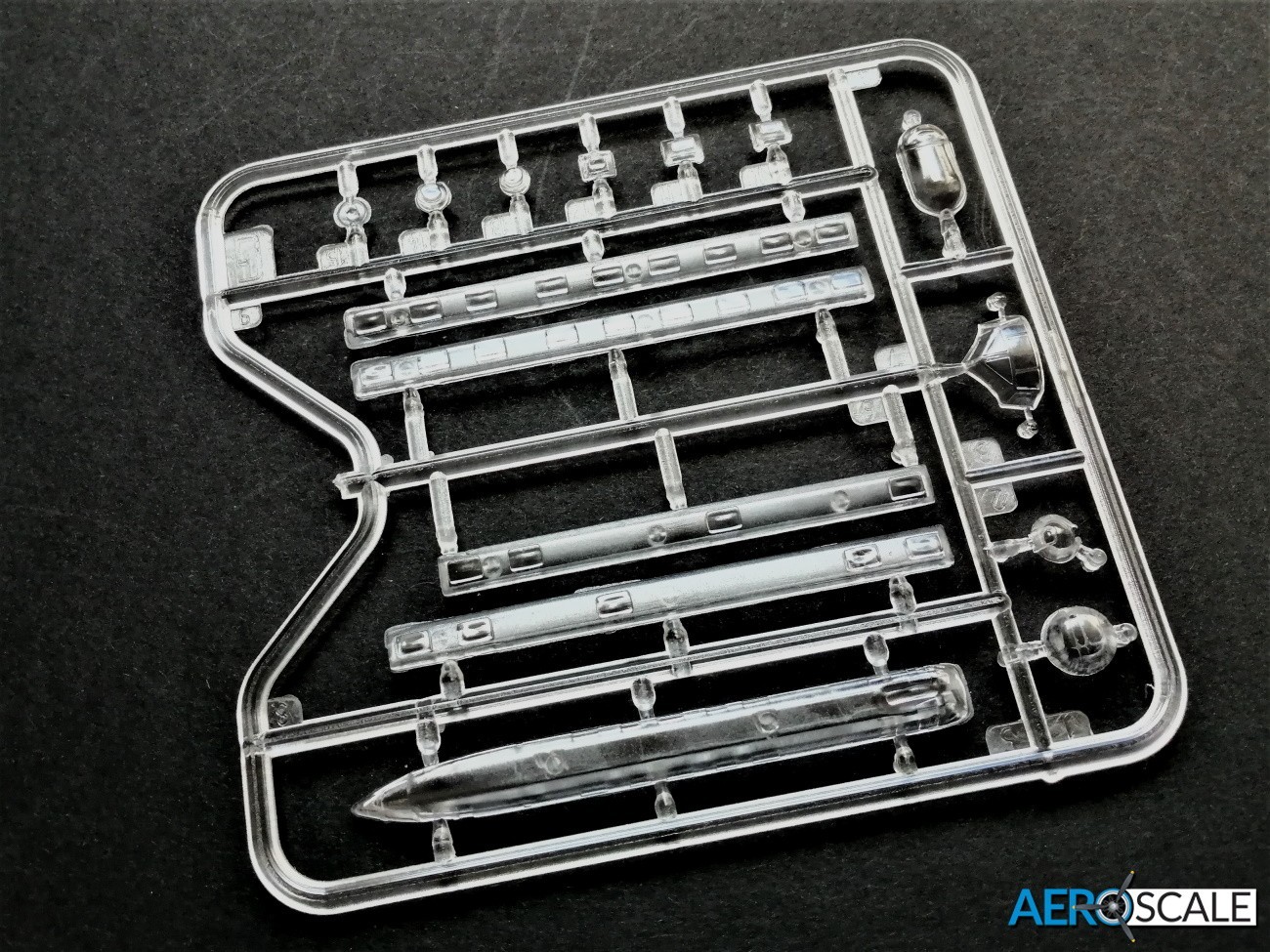 The distinctive looking main undercarriage legs are each made up from four parts. The main wheels are two-part. Tail wheel is one piece and can be added after painting. The undercarriage doors are a little on the thick side, so may need thinning down.

There are six marking options and unusually it’s the same aircraft Fw 200V3/A-09. The first set of markings are from its time at the Rechlin test centre. The rest of the marking options from October 1939 February 1943 are for ‘Immelmann III’ Hitlers personal aircraft. Three of the marking options feature the aircraft in natural finish or silver dope. There are two splinter camouflaged options RLM 65/72/73. The final scheme is white [RLM21] on top with RLM 65 underneath.

The decals are glossy and the colours are dense. The cheat lines for options II and III are included on the decals. The Hakenkreuz is made up from four parts. 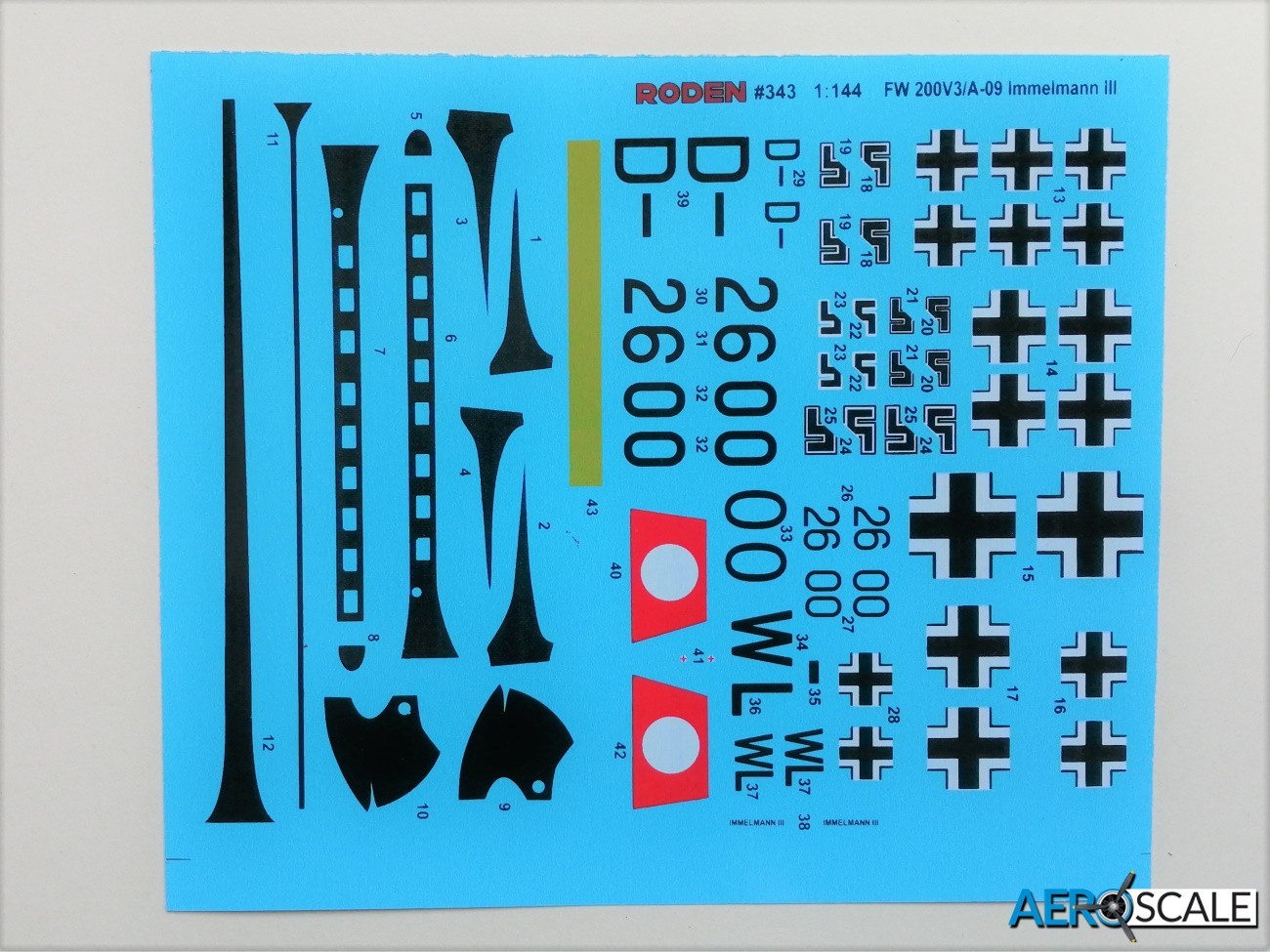 Instructions take the form of a A5 eight-page pamphlet. The parts map is useful for the parts you need as there are quite a few you wont need. It’s a kit of around fifty-five parts so it certainly isn’t complex. Paint reference is for Vallejo paints.

Its worth noting that the parts for the first release of the Condor are included: clear belly gondola and turrets as well as bombs and Henschel Hs 293 AGM. 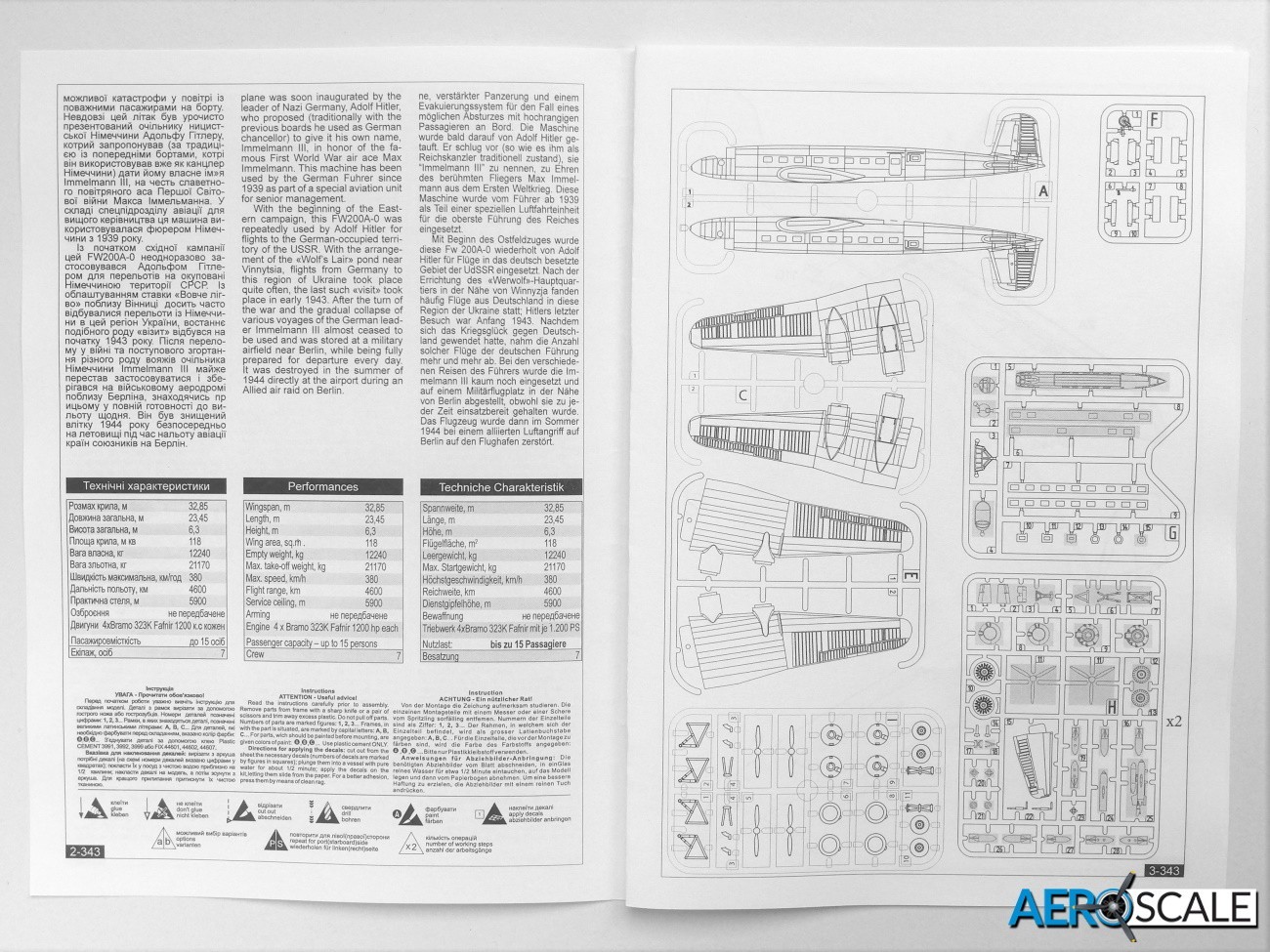 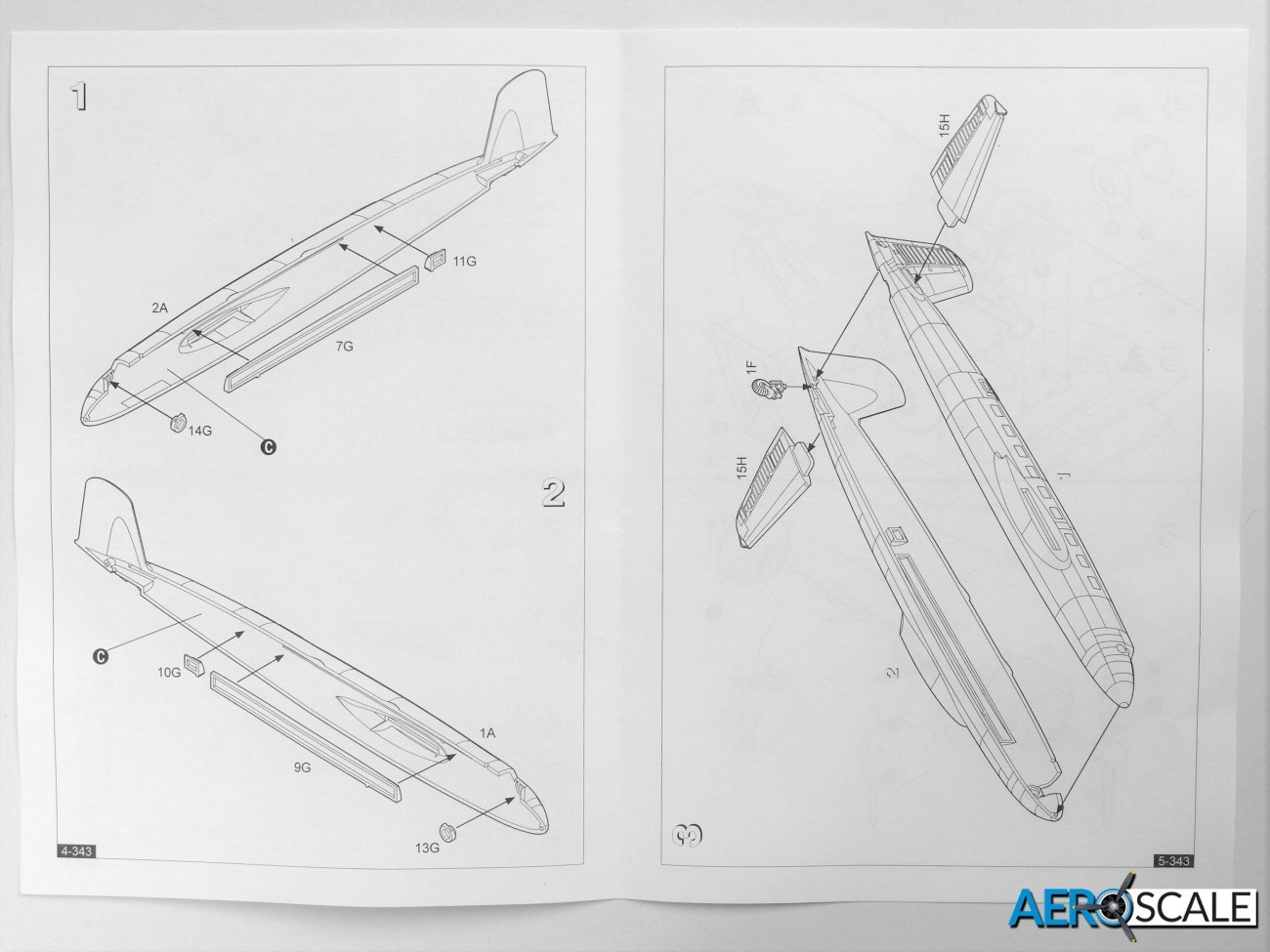 Roden is the only manufacturer to produce a 1:144 scale injected plastic Condor. Thus, it will be a great addition to your 1:144 range of aircraft. Detail is finely done and the build looks uncomplicated. I tend to think that the Fw 200 is a large aircraft particularly with the four engines. Though it’s pretty small compared to similar scale contemporary airliners, even the Airbus A319. Roden has produced some excellent 1:144 scale kits and this one is no exception. Highly recommended. 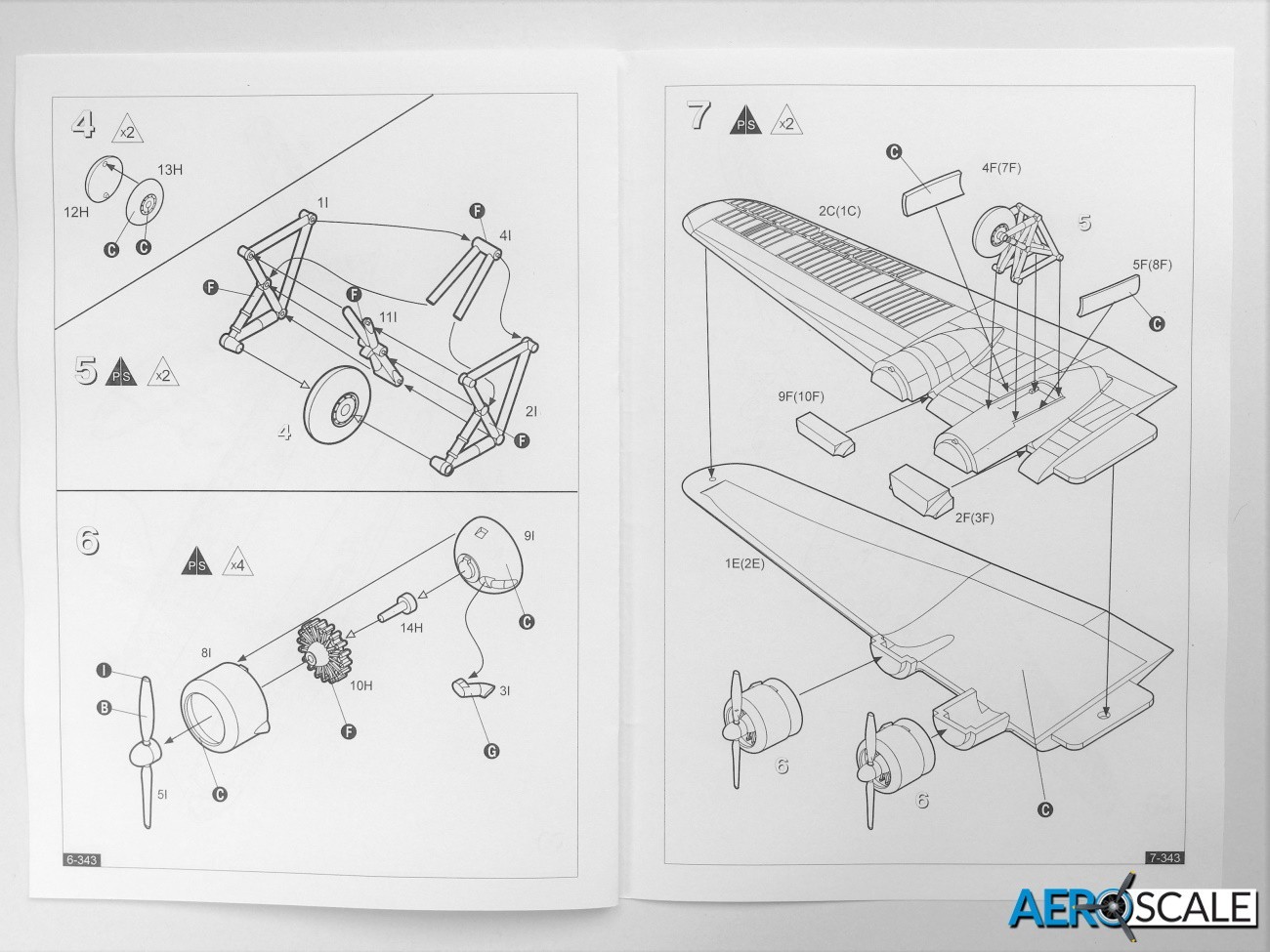 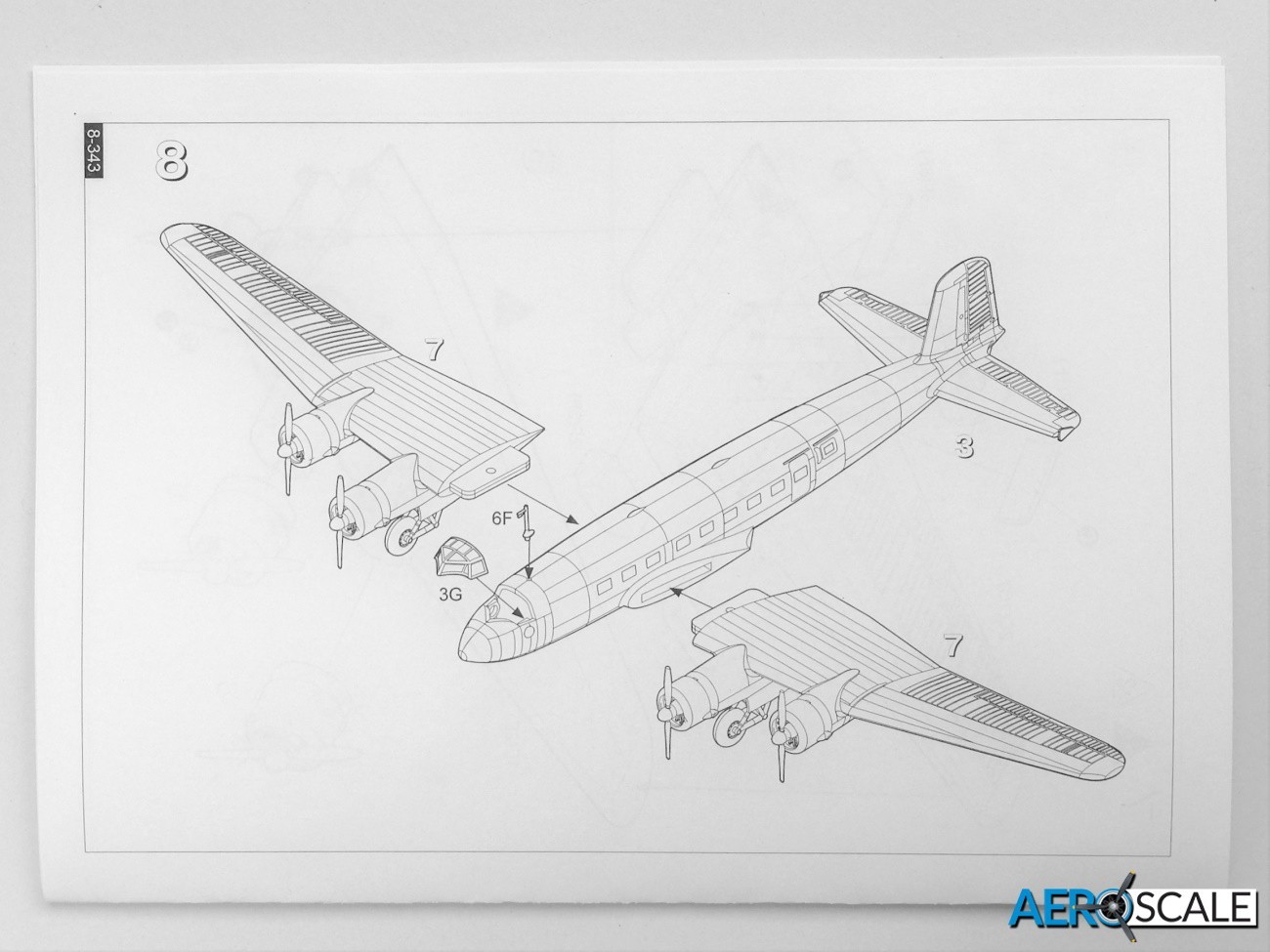 Our thanks to Roden for this review sample 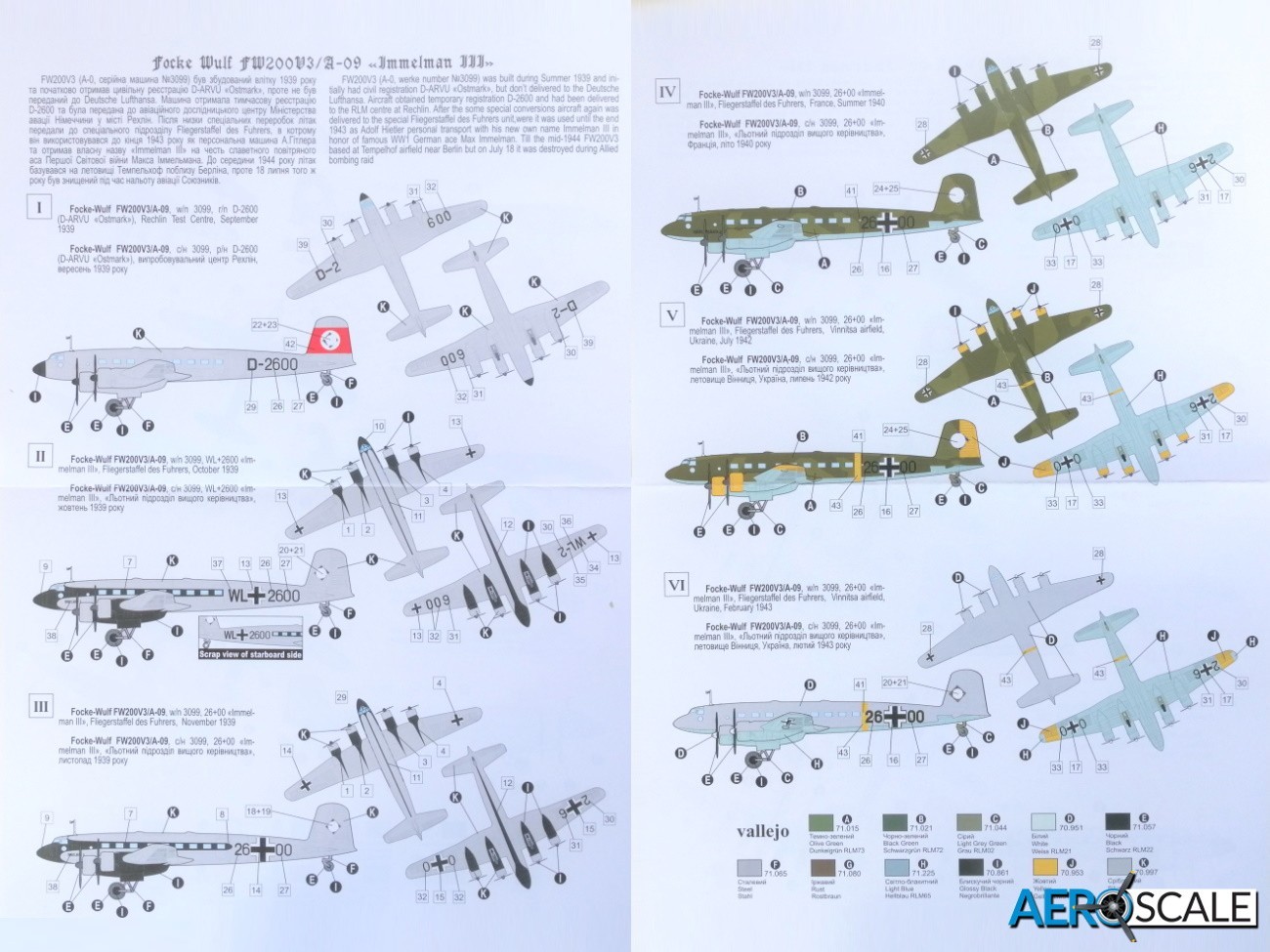