Merlin
Editor
posted on 1 year ago — updated on 1 year ago
1,920
views
Eduard's excellent 1:48 Fw 190D-9 makes a welcome return to the range in a new Weekend Edition boxing. 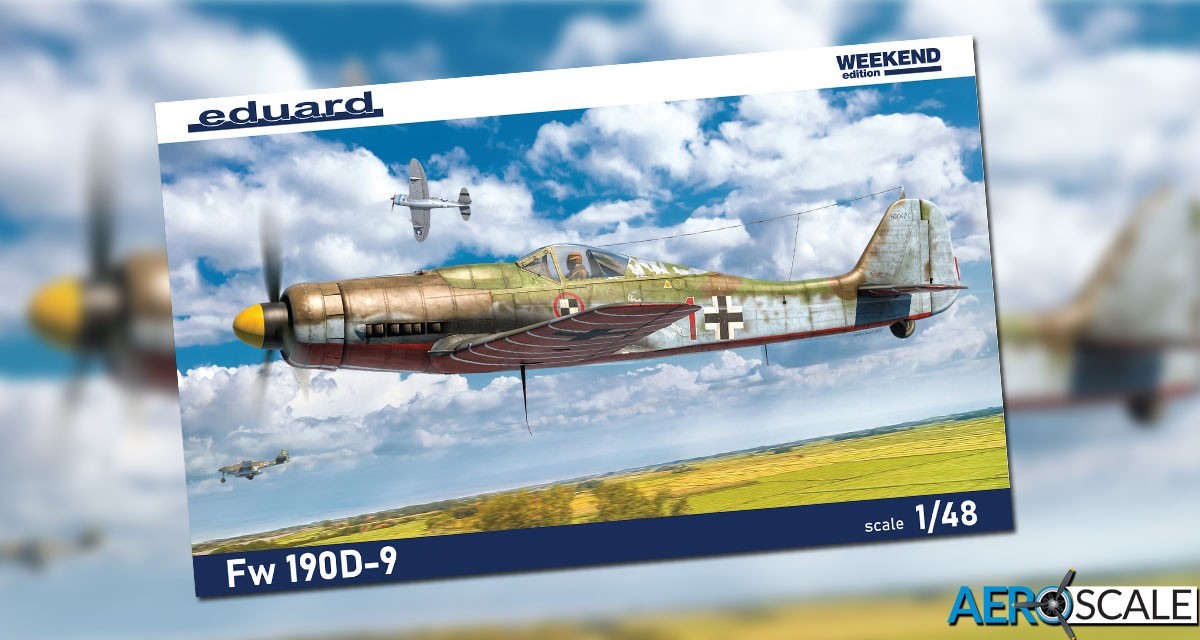 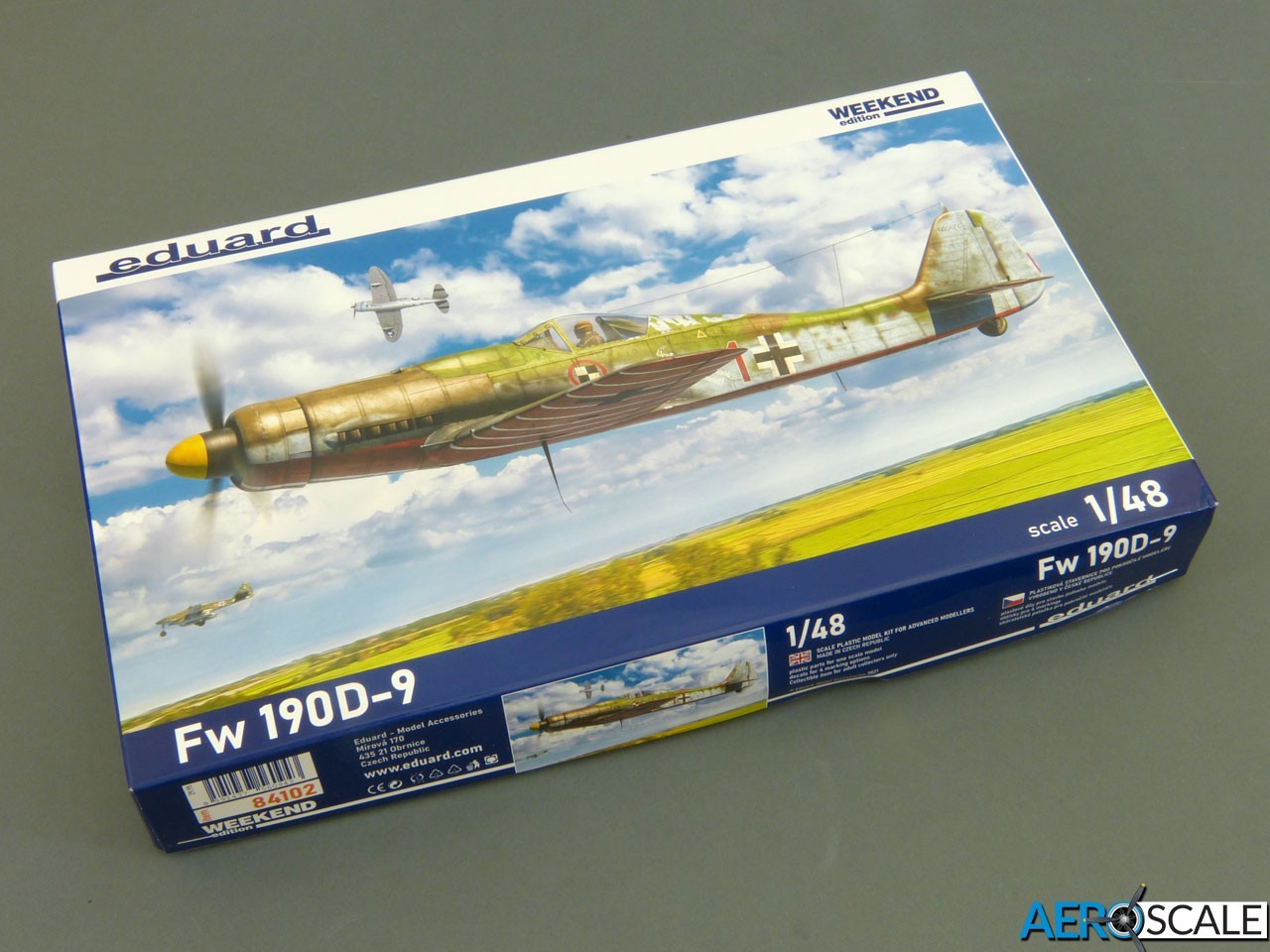 I can't believe it's already 11 years since Jean-Luc Formery and I joined forces for a dual-build of Eduard's original Profi-PACK Fw 190D-9 when it was first released. Jean-Luc built the kit without much modification and showed just how good it is basically OOB:

while I made some changes and corrections:

I used Jerry Crandall's superb in-depth 2-volume study of the Dora as my principal reference:

The obvious difference between this new boxing and the original is the colour of the plastic - now dark grey instead of light olive. It's a minor point, but it definitely does look classier than the old colour that Eduard used, so the change was a good call on their part.

The kit reached me in perfect condition in the striking new top-opening box, featuring artwork depicting one of the famous Papagei Staffel airfield defense aircraft defending an Me 262 from a marauding P-47.

The main runners are bagged together, with the clear parts in a separate packet. This being a Weekend Edition boxing, there aren't any etched accessories or painting masks, but Eduard include decals for multiple colour schemes, along with a generous supply of stencils and, overall, the kit is more comprehensive than the early Weekend Edition models. 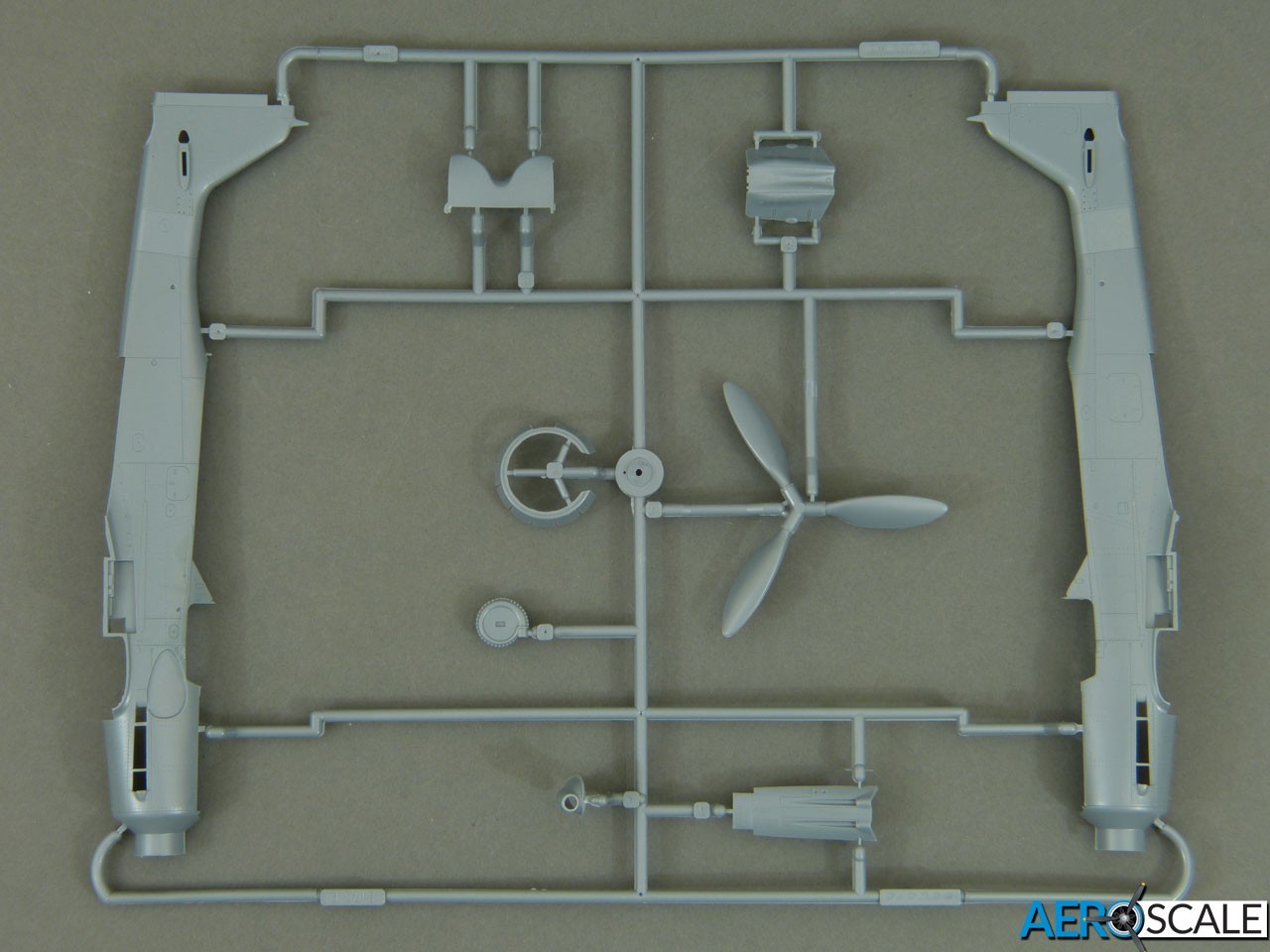 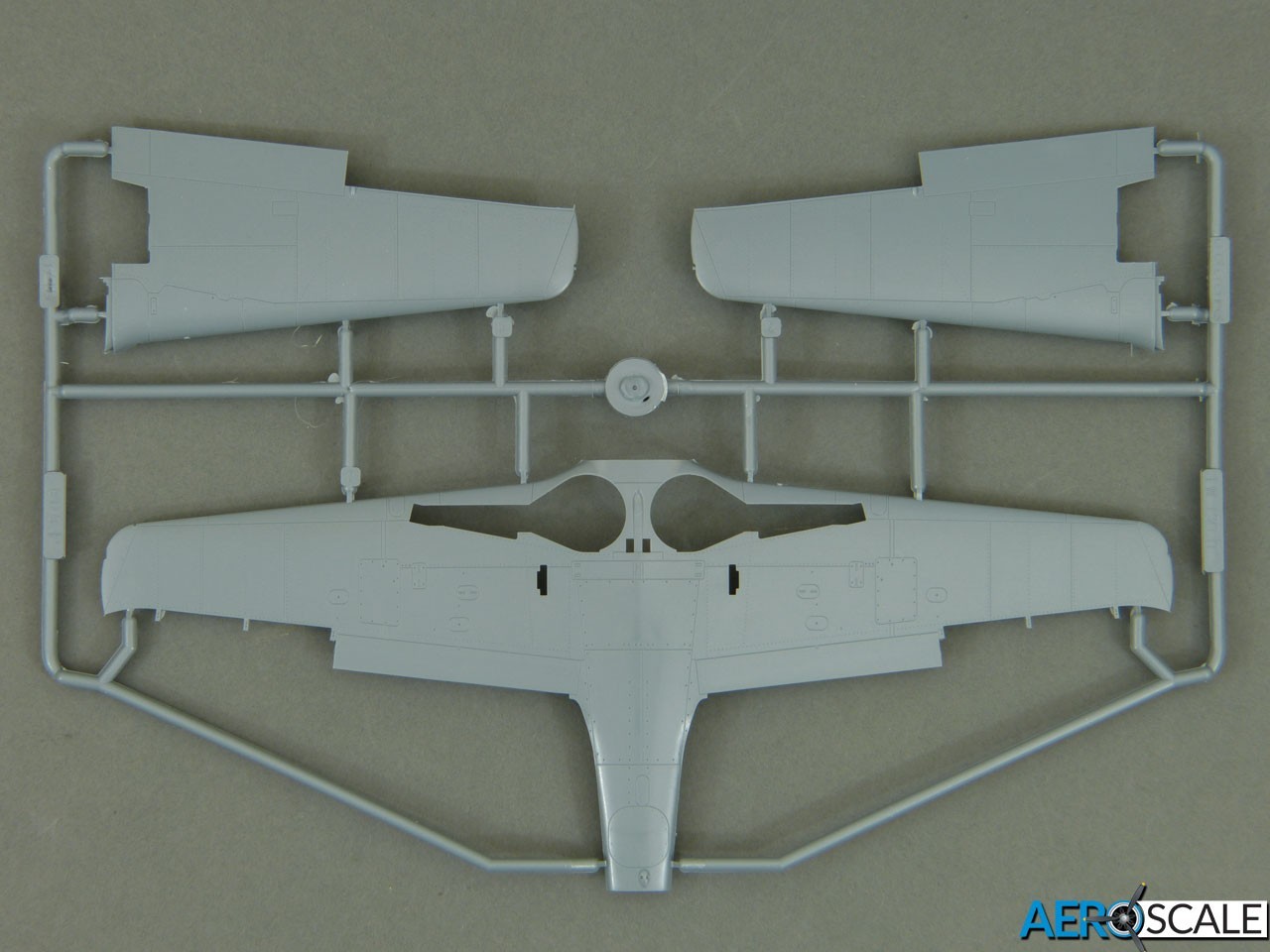 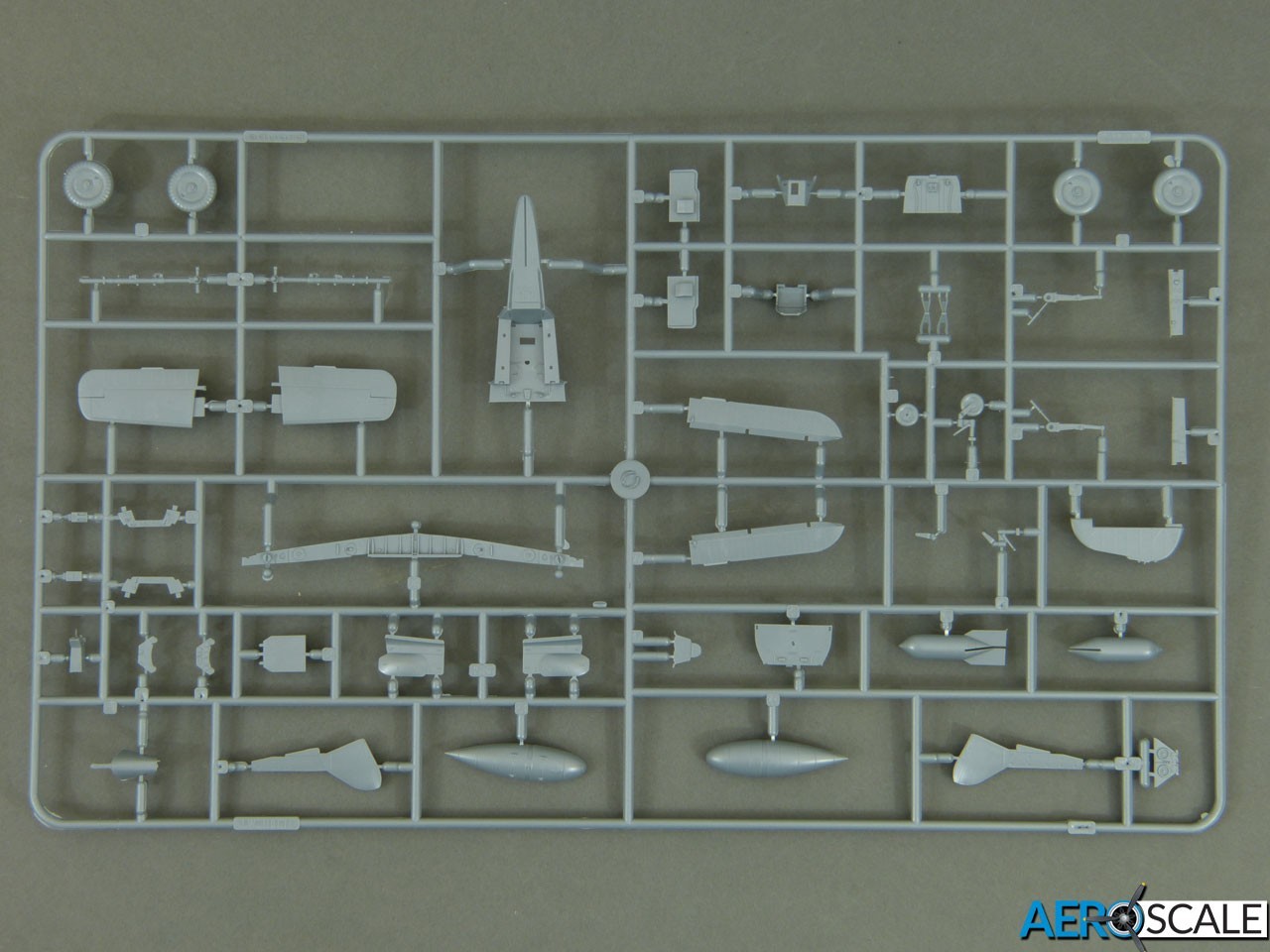 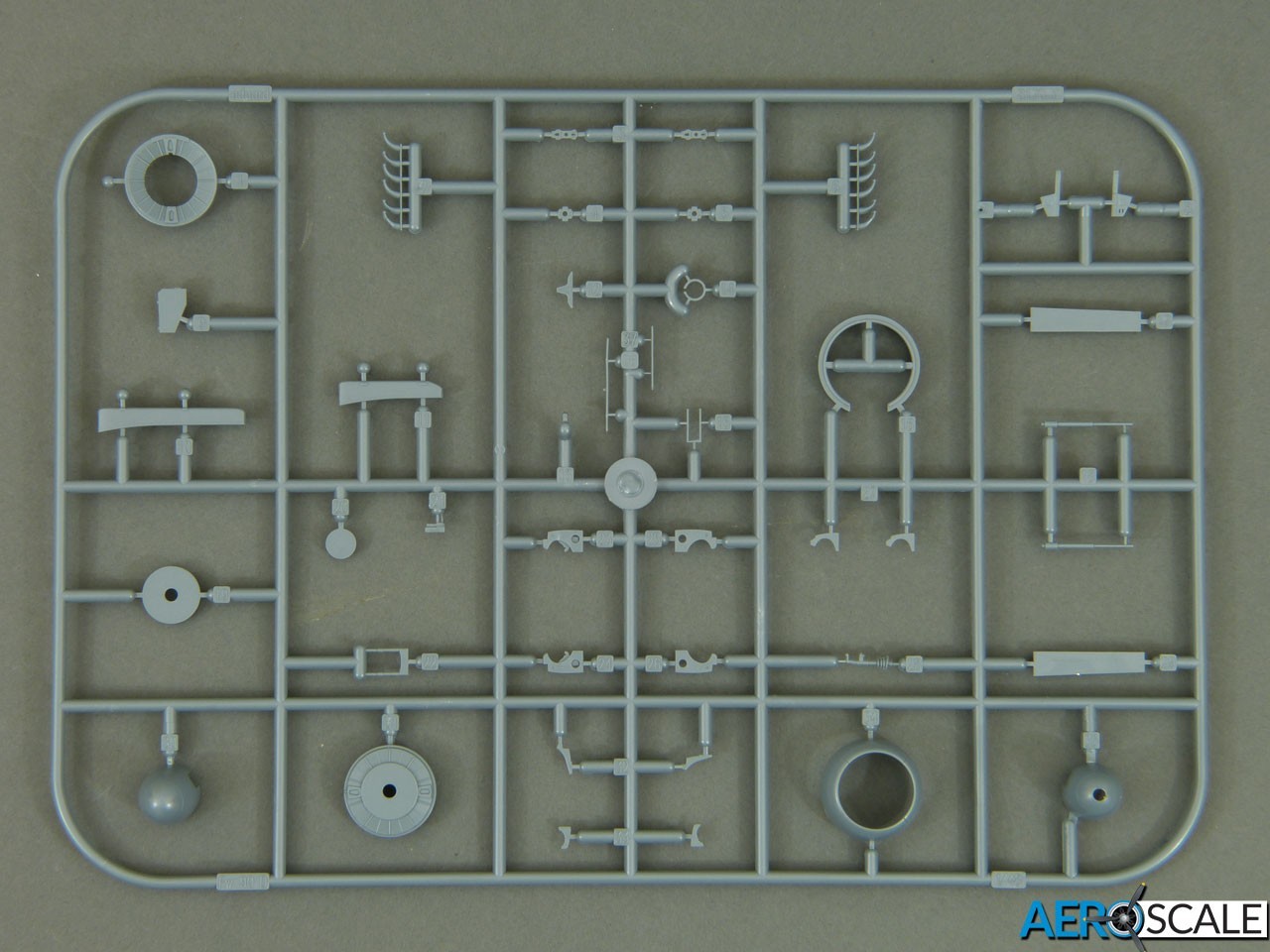 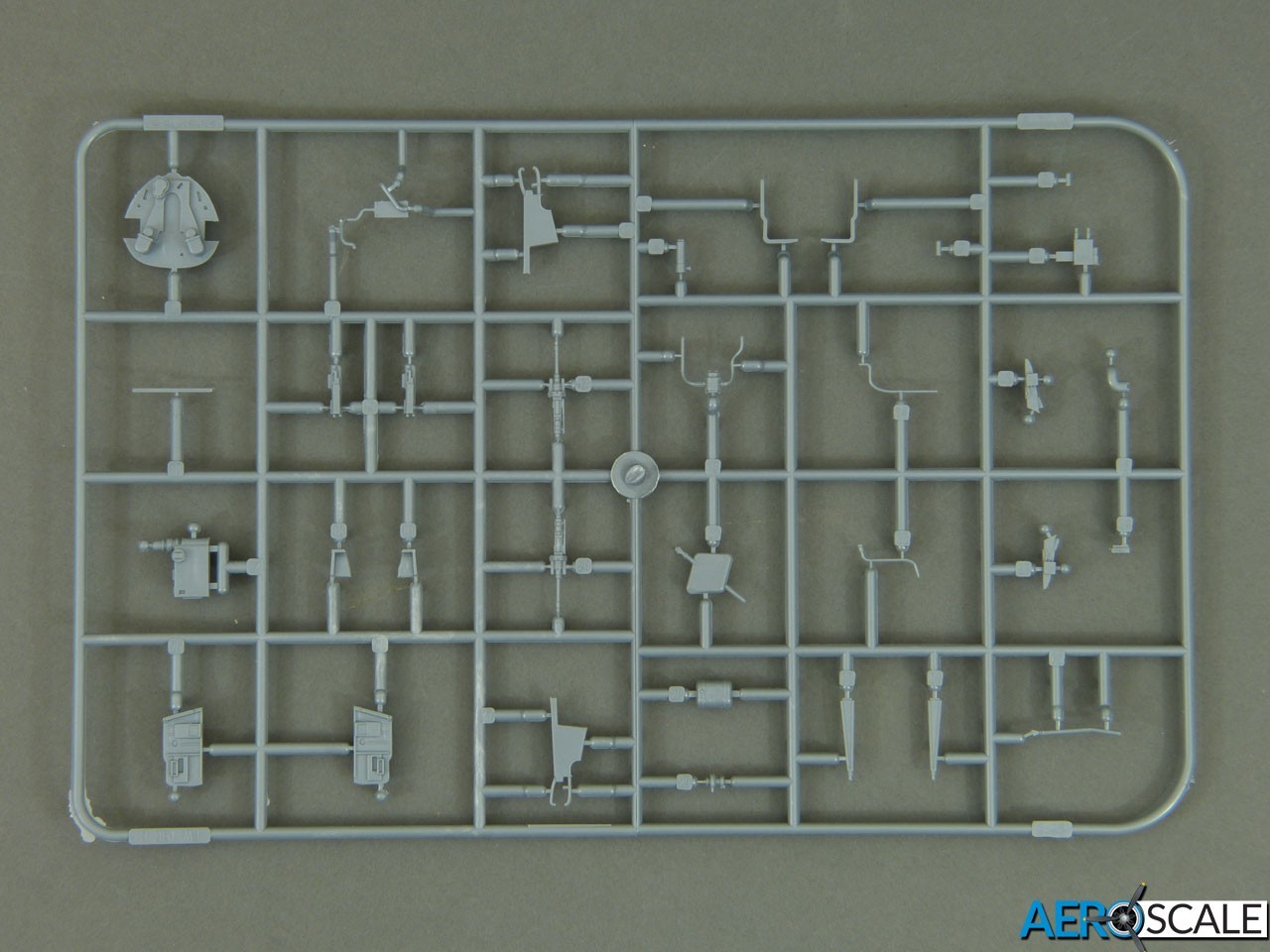 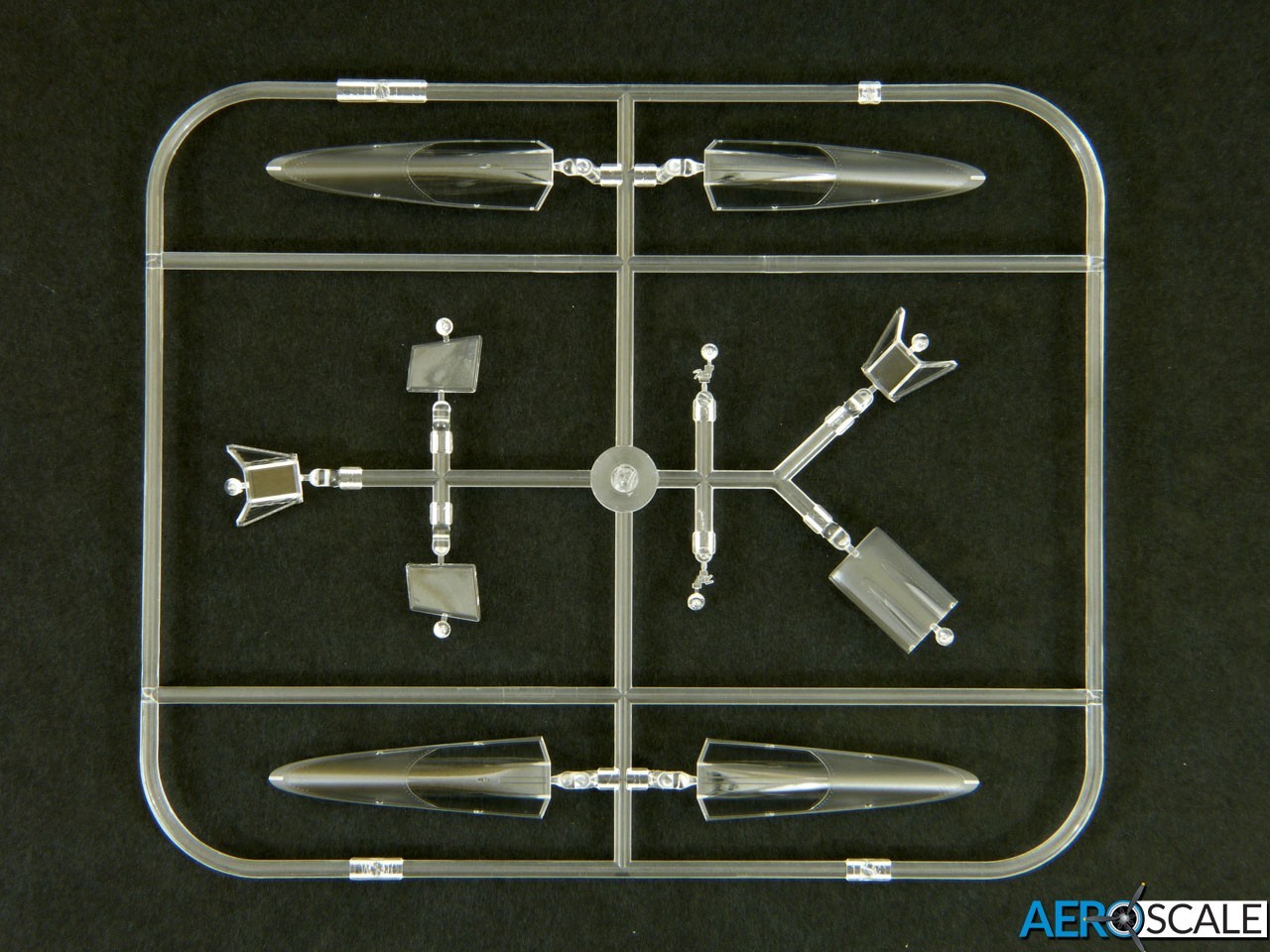 The mouldings are still looking very crisp, despite being in production for over a decade, with the exterior surfaces sporting a mix of neatly engraved panel lines, with quite subtle embossed rivets in places, plus a few applique panels. It’s not quite at the level of Eduard’s latest kits (which arguably represent the current state-of-the-art in terms of surface finish), but still impressive and on a par with most current mainstream kits.

Rather than going over too much old ground that we’ve already covered in depth in the articles linked above, I’ll stick mostly to what’s new in this release and highlight a few points that I picked up on in my previous build.

Even without the etched accessories that you’d find in a ProfiPACK kit, the cockpit is still nicely detailed, comprising 15 parts plus decals for the seat harness and instrument panels and side consoles. 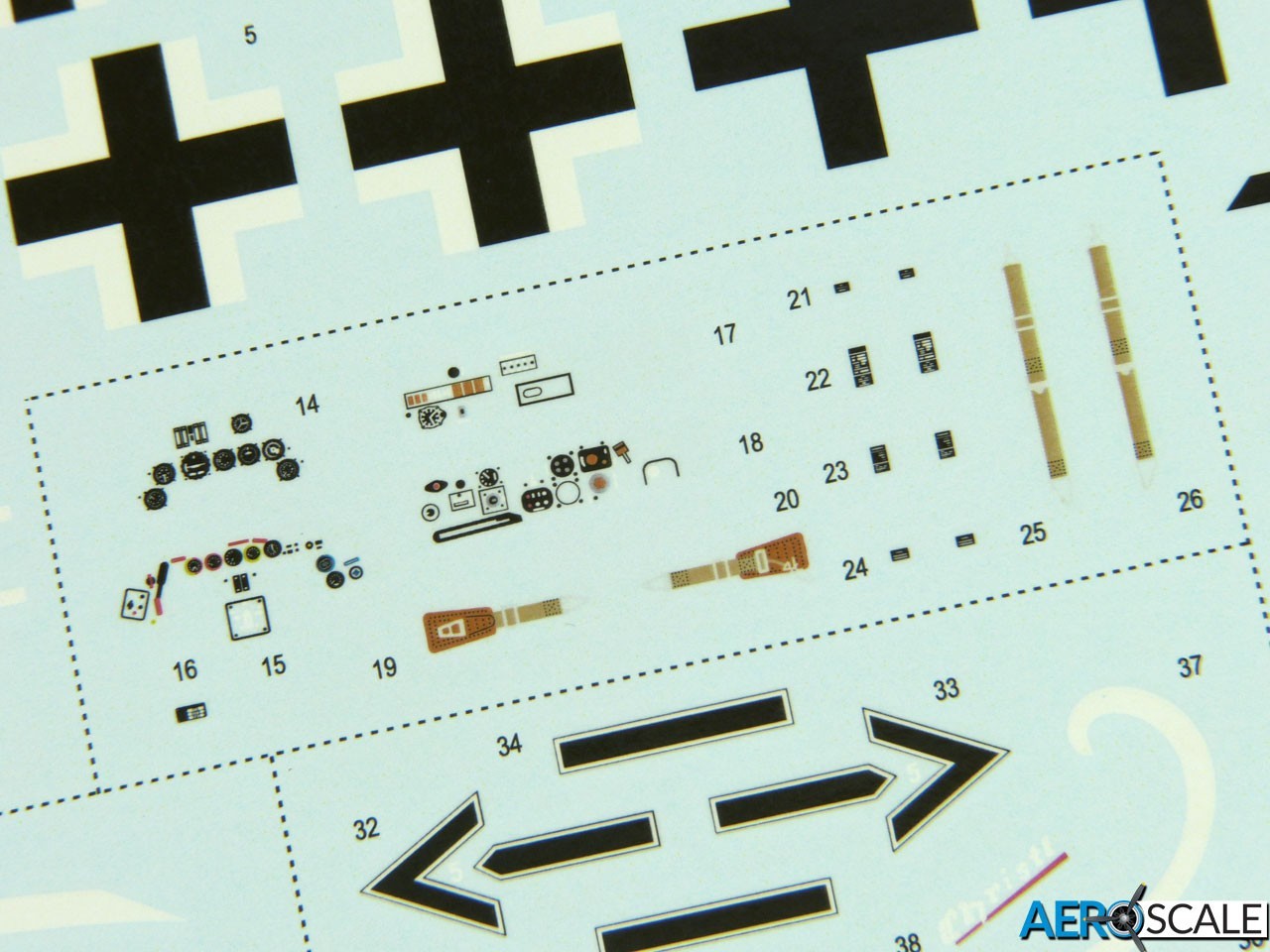 If you want to add etched details, Eduard offer these separately - seatbelts alone (Item #FE1211 - £3.42), or a more comprehensive set (Item #FE1209 - £6.95) - so there’s really something to suit all tastes and modelling levels. (Reviews of these sets will follow soon.)

There’s certainly not much need to buy replacement sets for the nose guns and the rear of the engine which is visible through the wheel well. The 25 parts look very good when assembled. Do note, though, that you need to omit the guns and ammunition feeds if you’re building your kit with the cowl closed.

Something that both Jean-Luc and I found was that the fit of the engine parts and exhausts needed to be adjusted to allow the nose-halves to close properly. I haven’t test-fitted this new boxing, but I imagine the same still holds true, so I recommend checking the fit of parts W1, Y17 and Y29 BEFORE assembling the rest of the parts.

The wing-root gun bays can be displayed open - in fact, they’re designed that way, and you need to do some simple surgery to model them closed.

The main wheel well is neatly detailed and, unlike radial-engined ‘190s, is open in the centre, allowing the rear of the engine to be seen. One point to note is that early some Doras apparently used the lower fuselage panel from the radial versions with a channel for the original exhausts - not faired flush as depicted in the kit. You’ll see that I added the channel in my build that’s linked above.

The undercarriage is straightforward to install. The wheels are moulded “unweighted”, so you may want to file slight flats to capture the sit of the aircraft better.

Eduard provide a big broad-blade propeller, and I reshaped the roots slightly in my build to match photos of the real thing. As supplied, the rear of each blade doesn’t clear the cowling correctly, while the front lacks a distinctive step.

In terms of ordnance, the kit contains a bomb (not used) and a ribbed drop-tank. Most photos of Dora’s that I’ve consulted show a smooth style, but that’s not to say the one in the kit is incorrect. I actually went one step further in my build and scratchbuilt a very basic  cylindrical one that appears to have been used towards the end of the war, presumably to save materials and to simplify production.

The clear parts include both original and bulged canopies, with a choice of parts to fit either open and closed. 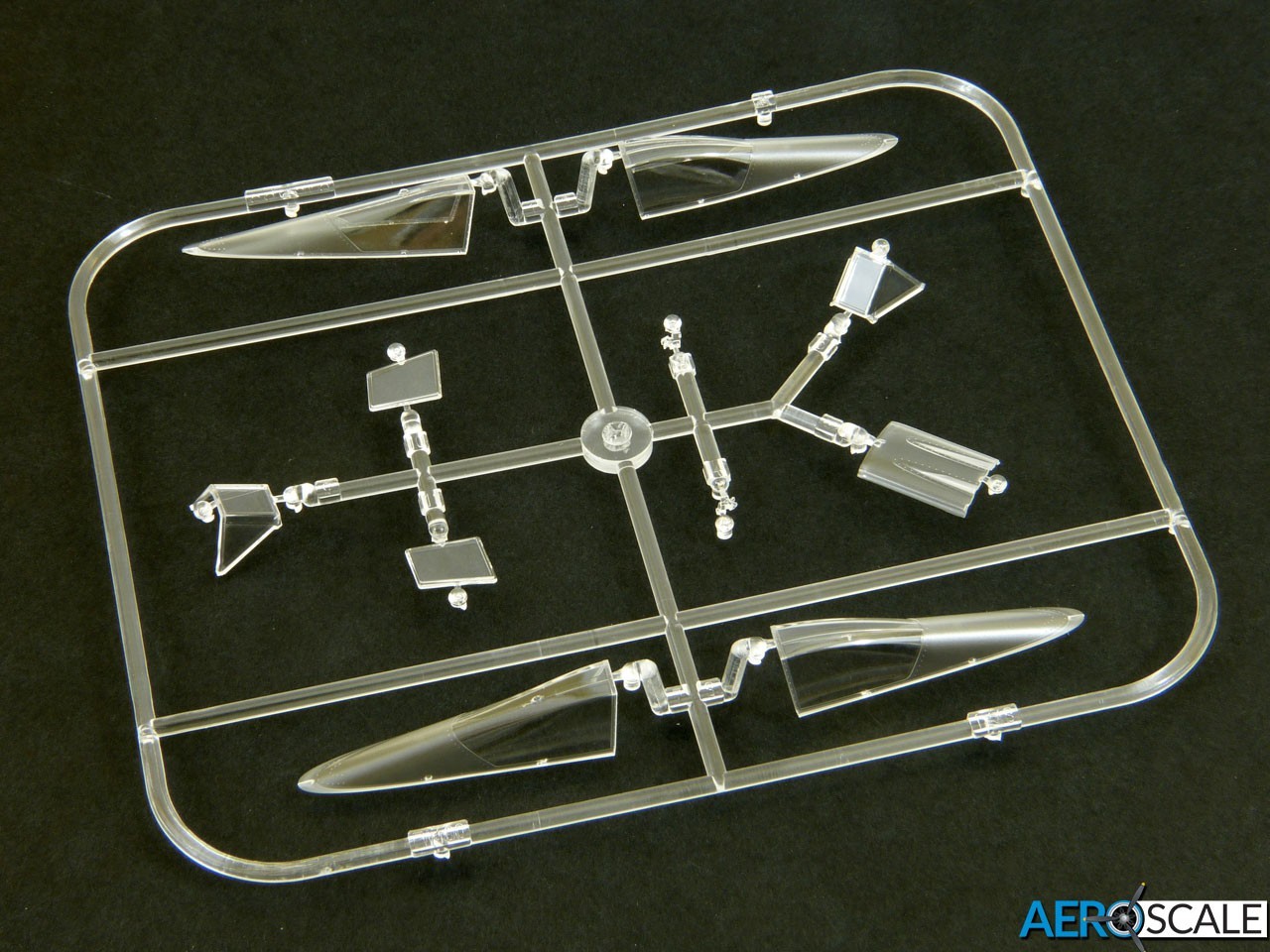 Finally, the nose gun-cover is moulded with features of three different minor variations, and Eduard provide a clear diagram to show the small changes you’ll need to make for whichever of the colour schemes you choose.

In the old days, getting a Weekend Edition kit meant having a small set of instructions printed on plain paper. Not so with the Dora - the assembly guide is just like a ProfiPack edition, with a glossy full-colour 16-page A4 booklet. The diagrams are clearly drawn and the layout is straightforward to follow, with construction broken down into logical sequence.

Colour matches are keyed to most details, and matches are provided for Gunze Sangyo and Mission Models paints, with RLM codes where appropriate. 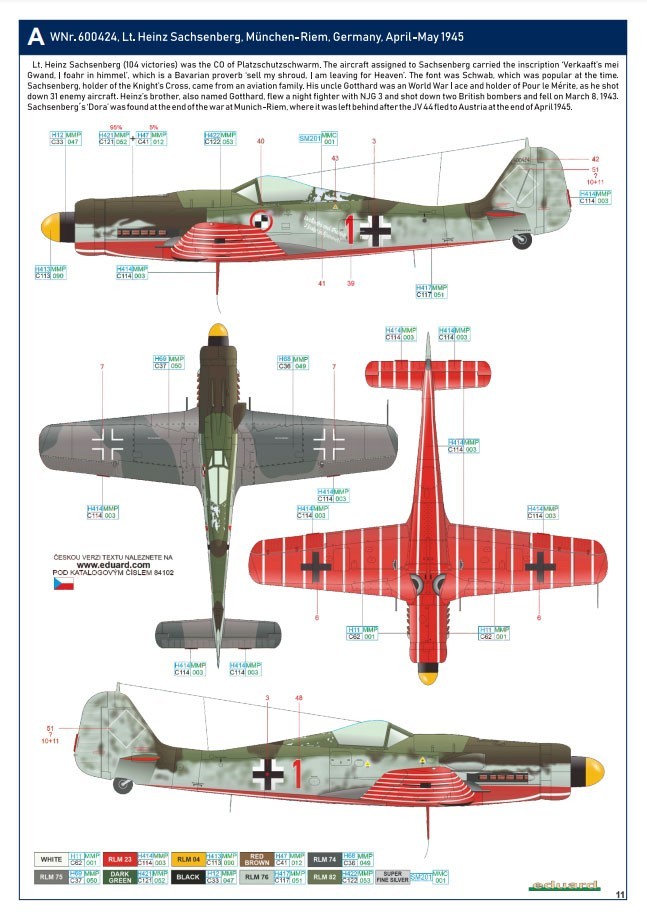 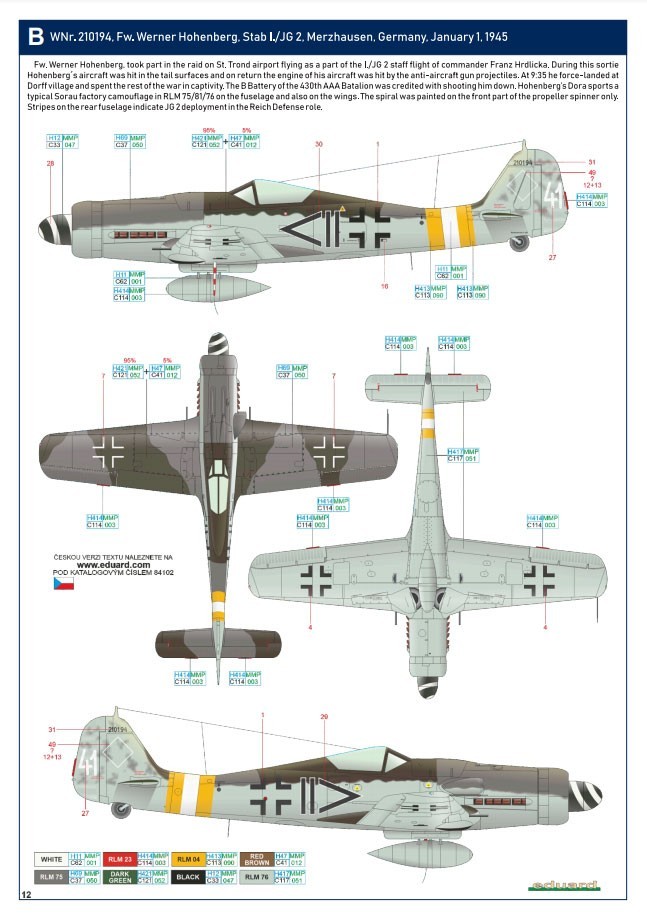 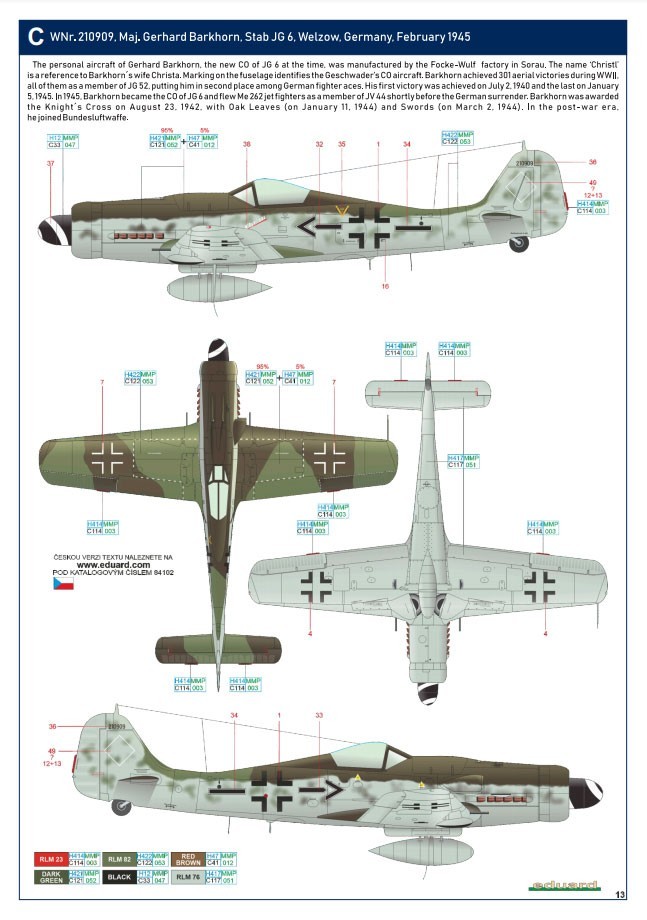 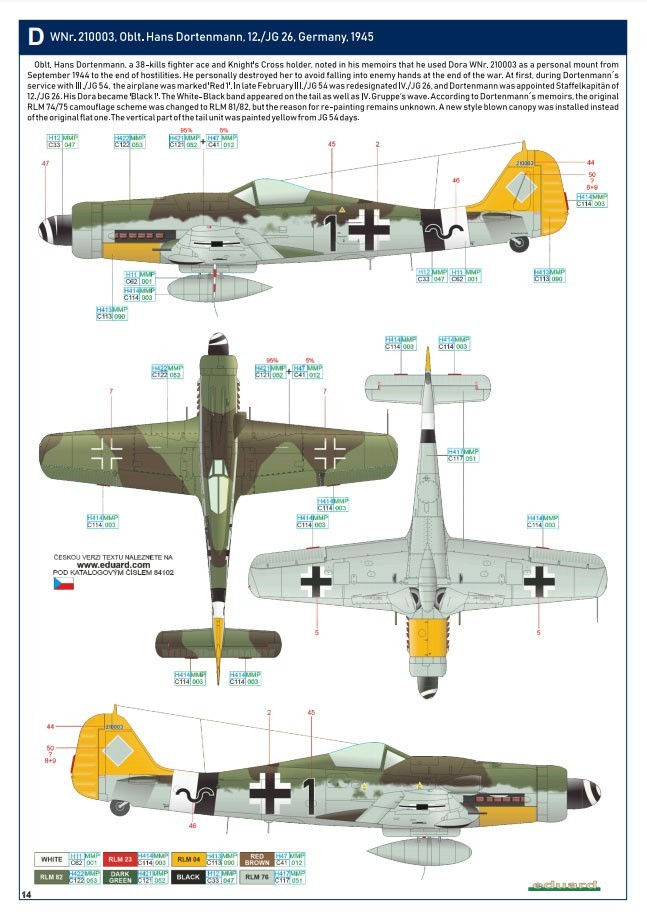 The kit includes two sheets of decals, which appear to be Eduard’s in-house type and look very good quality - beautifully thin and glossy, with pin-sharp registration. There is a bit of excess carrier film, but I’ve found this disappears with no trouble when I’ve used Eduard’s decals recently. Along with national and unit insignia, Eduard provide a comprehensive set of stencil markings. Swastikas are included in both “split” and full types, with the latter in the corner of the main sheet where they can be trimmed off for sale in some countries. 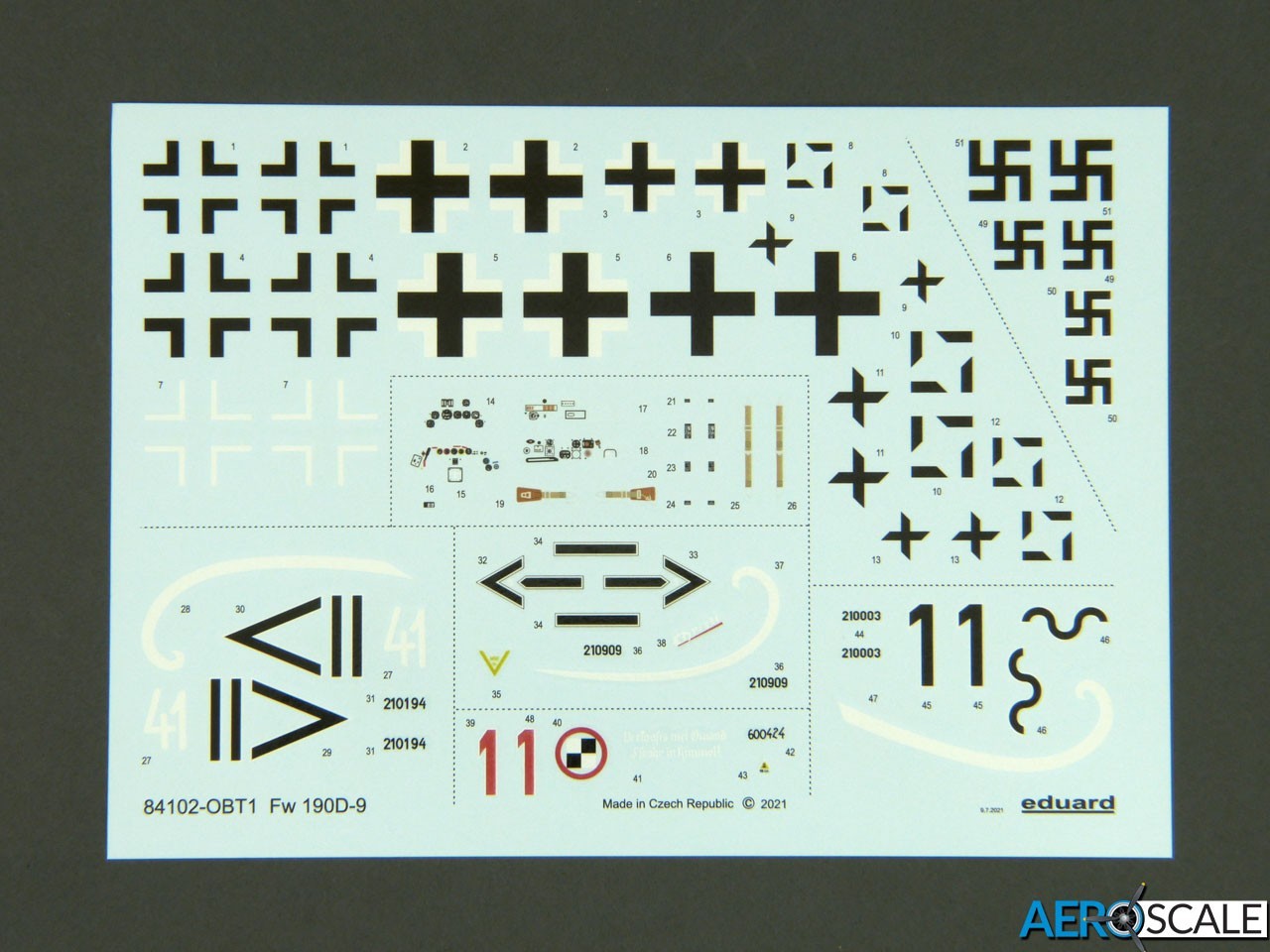 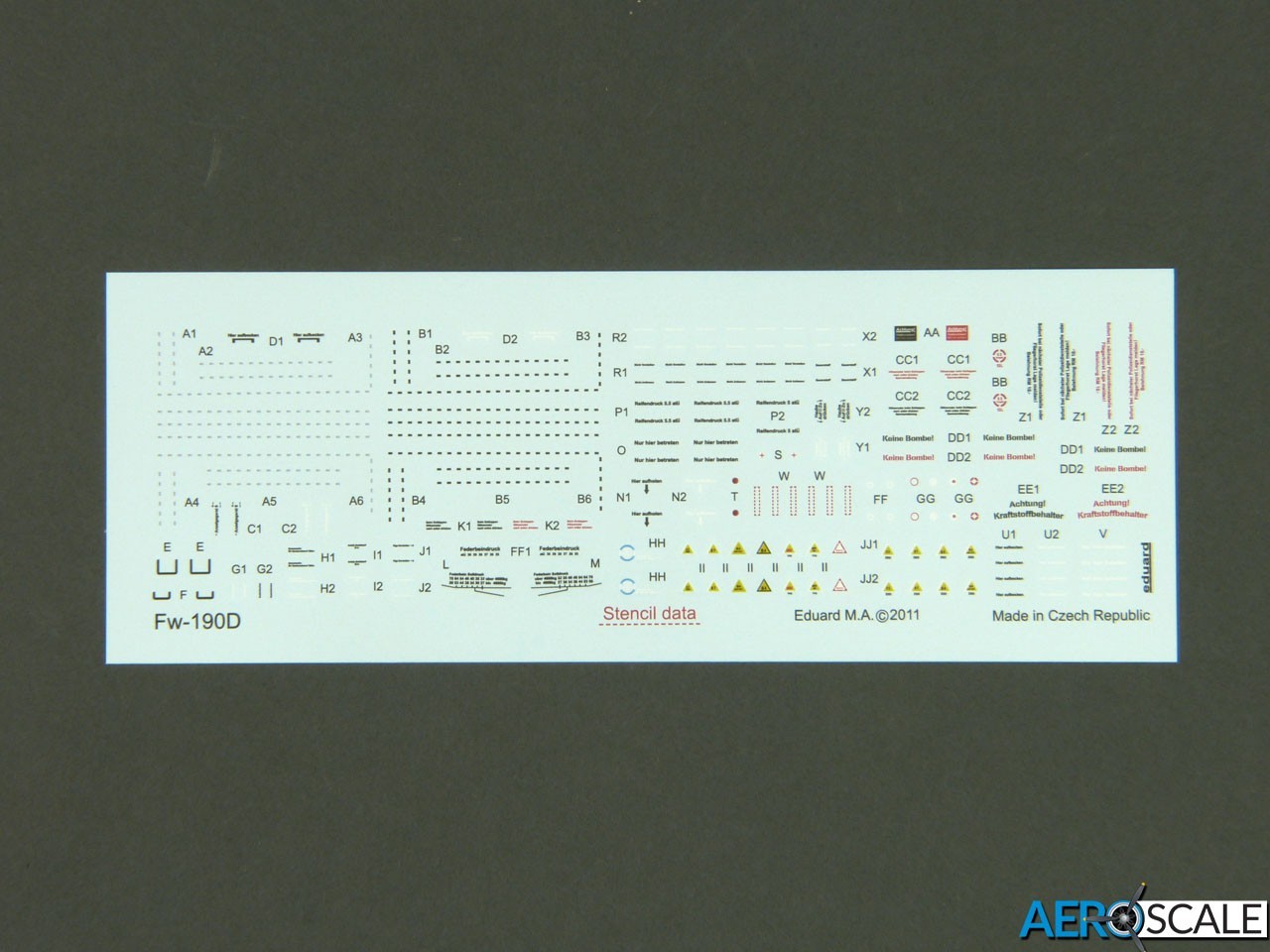 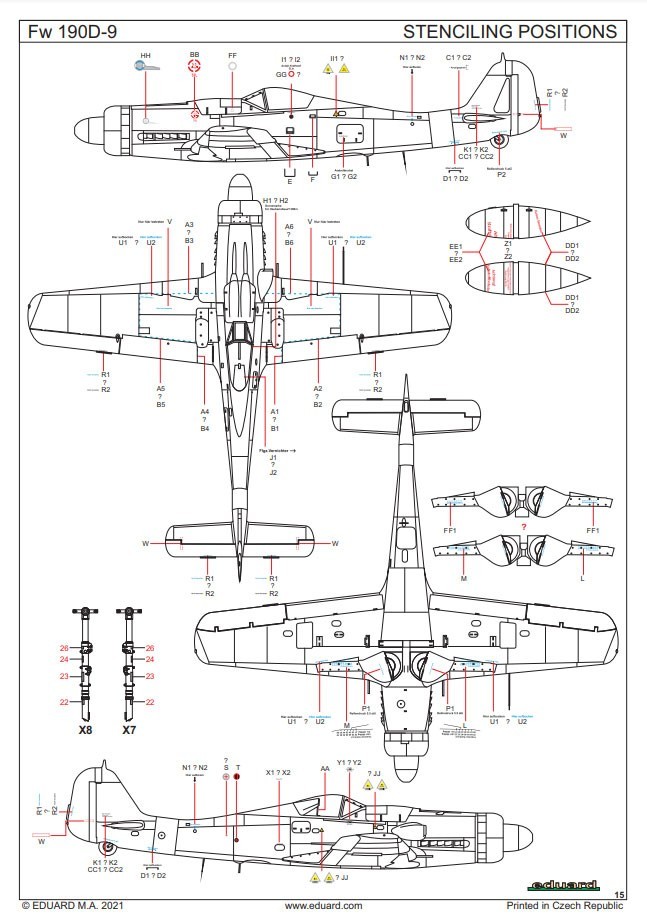 I expected decals for the stripes on the red underside of the Papagei scheme, but none are provided and you need to mask them instead - which is probably a better idea really, just in case the decals stripes were at all translucent. If you do want to use decal stripes, Fantasy Printshop provide excellent quality ones in a variety of widths:  https://archive.aeroscale.net/review/13799/index.htm

I really enjoyed building Eduard’s Fw 190D-9 when it was first released and this new boxing is a very welcome trip down memory lane. It’s certainly excellent value for money at its current price of £10.01 on the Eduard website. While it doesn't feature the state-of-the-art surface finish of Eduard's latest radial-engined Würgers, the Dora is still a very fine kit that's well worth adding to any 1:48 Luftwaffe or WW2 fighter collection.

I agree with Jean-Luc’s original verdict that it’s not really a kit for complete beginners,  because (even without the ProfiPACK extras this time) there are a couple of points that could trip someone up and you do need to do some simple surgery here and there. But that extra element of challenge makes it an ideal next step up for anyone with a little bit of experience, and they will find it a really satisfying build. I wouldn’t consider it a “weekend build”, though, despite its name.

Many thanks to Eduard for providing the sample copy for review.