How often have you glanced skywards at the sound of a passing aircraft and wondered what it would be like to fly one of those gleaming metal machines? Or admired the skill and the daring of the fighter pilot swooping down upon his enemy in the awe-inspiring, unrivalled elegance of a Spitfire? Ron Lloyd has had the experience of flying the majestic propeller-driven aircraft of the Second World War as well as the roaring, sound-barrier-breaking jets of the Cold War – and in this exciting book, he places the reader in the cockpit, describing what it really feels like to be sitting at the controls of a fighter aircraft.

Ron Lloyd joined the RAF after the Second World War. During his early service he was selected to be one of the pilots to fly the wartime aircraft in the famous feature film The Battle of Britain, being fortunate to fly a Spitfire and even a Messerschmitt Bf 109 during the six weeks of filming.

His role with the RAF, on the other hand, saw him on the front line in the Cold War, piloting de Havilland Vampires, Hawker Hunters, Gloster Javelins, Lightnings and Phantoms. He also served on exchange in the USA where he flew ConvairF-102s, Convair F-106s and Lockheed T-33s.

Ron wanted to share the thrills and the dangers of flying such aircraft with those who have not had such privileges – as well as relive such moments with those who have. Packed with unique photographs of the golden age of British military aviation, Fast Jets to Spitfires brings the recent past back to life and allows readers to experience, through Ron Lloyd’s graphic accounts, the pure joy of being airborne, alone and in control of the great flying machines that have helped forge this nation’s history. 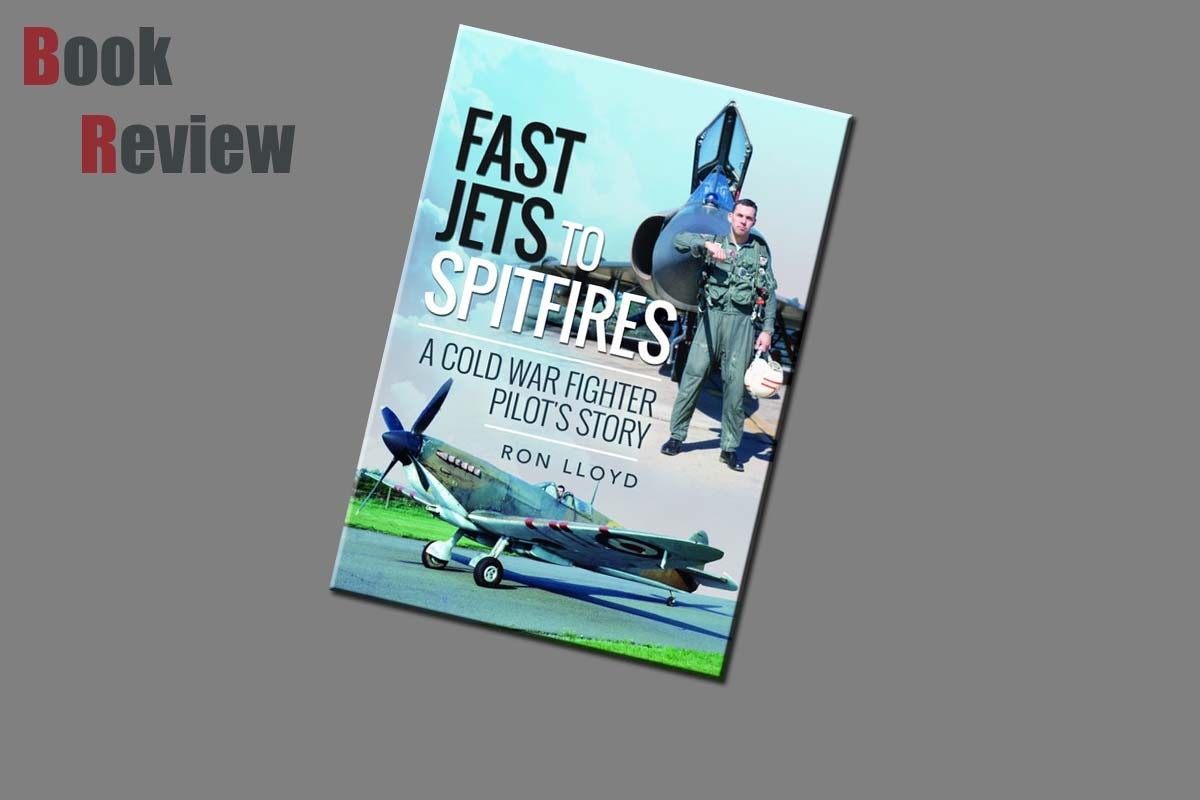 This offer from Pen and Sword is an Air World release titled “Fast Jets to Spitfires - A Cold War Fighter Pilots Story”. This is a hard backed book of 230 pages using a high satin finished paper, the paper displays both the text and images to good effect. Looking at the spine of the book it appears to be stitched rather than glued something I have always considered as a sign of quality. This is the only book listed against the author Ron Lloyd, but it is indicated that he has written a lot of magazine articles. The contents of this offering are presented as follows:

The Battle of Britain

So What? A Conclusion

I suspect most of us have dreamed of flying a jet aircraft at break neck speeds at the very edge of its abilities and very few of us will get the chance to do it. In this offering from Ron Lloyd we get the chance to remember a period in RAF history when we had so many aircraft types the fitters must have been having kittens. In this book we are taken on a virtual flight of the RAF’s stars of the 1950’s and on through the Cold War with a trip back to the days of World War II and the filming of “Battle of Britain”.

The author has approached and presented the book as if telling a life story while at the same time throwing in some training information in what was expected of you during this time. The title covers how to perform acrobatics and the hardship of being made to fly the Hawker Hunter (Wink Wink). His training is covered with the highs and the lows and in some cases it would seem to be a simple case of who your trainer was. In the UK fighter pilots have a prestige about them and it was a pleasant surprise to come across such a pilot that was down to earth in his presentation rather than “look at me ain’t I great”. The result of this is an enjoying read and a look at a time left behind.

The photographs are a great mix of presentation shots of aircraft in museums and those taken by the author and his friends. One showing a Javelin that had the engine blow up is I suspect one of those moments that scared the poop out of him at the time and was laughed about afterwards. This man’s life in the RAF and his time after make for a great read and this one is a bed side or living room must for anyone who has dreamed of flying.

This is not one for the modeller as it will have limited use to them, but for those who want or wanted to fly it will put a smile on your face. The story flows surprisingly well with the sections covering the manoeuvres being a little dry. It is regardless a great reading book of times past.