Litespeed
Editor
posted on 3 months ago — updated on 2 months ago
1,845
views
Airfix has been showing on their 'Workbench' Blog the results of the test build of the 1:48 scale North American F-86F-40 Sabre their second release of this Classic fighter 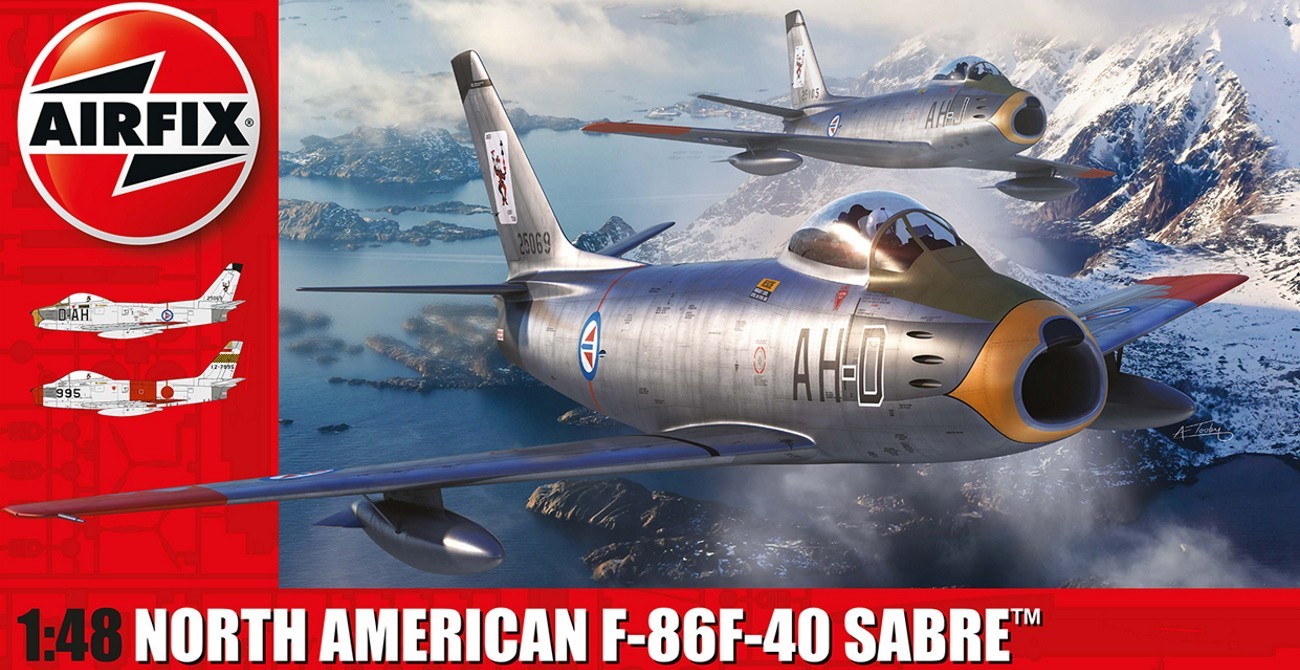 "North American F-86F-40 Sabre proved to be the ultimate day fighter variant of this famous aircraft and featured several improvements which kept the Sabre at the forefront of world fighter technology. With a new engine giving the aircraft more power this variant quickly re-introduced the leading edge slats to the larger, modified 6”-3” wing and provided the enhanced dogfighting capabilities designers had been hoping for. The restored slats reducing the aircraft’s landing approach speed to a much more manageable 124 mph, in addition to providing an equivalent decrease in take-off rotation speed, making this the consummate all-round performer. These modifications proved so successful that many earlier variants of the Sabre were retrospectively upgraded to this standard and would further enhance the appeal of the aircraft to overseas suitors - the Sabre would go on to operate in the colours of a great many overseas operators"......................................................Airfix 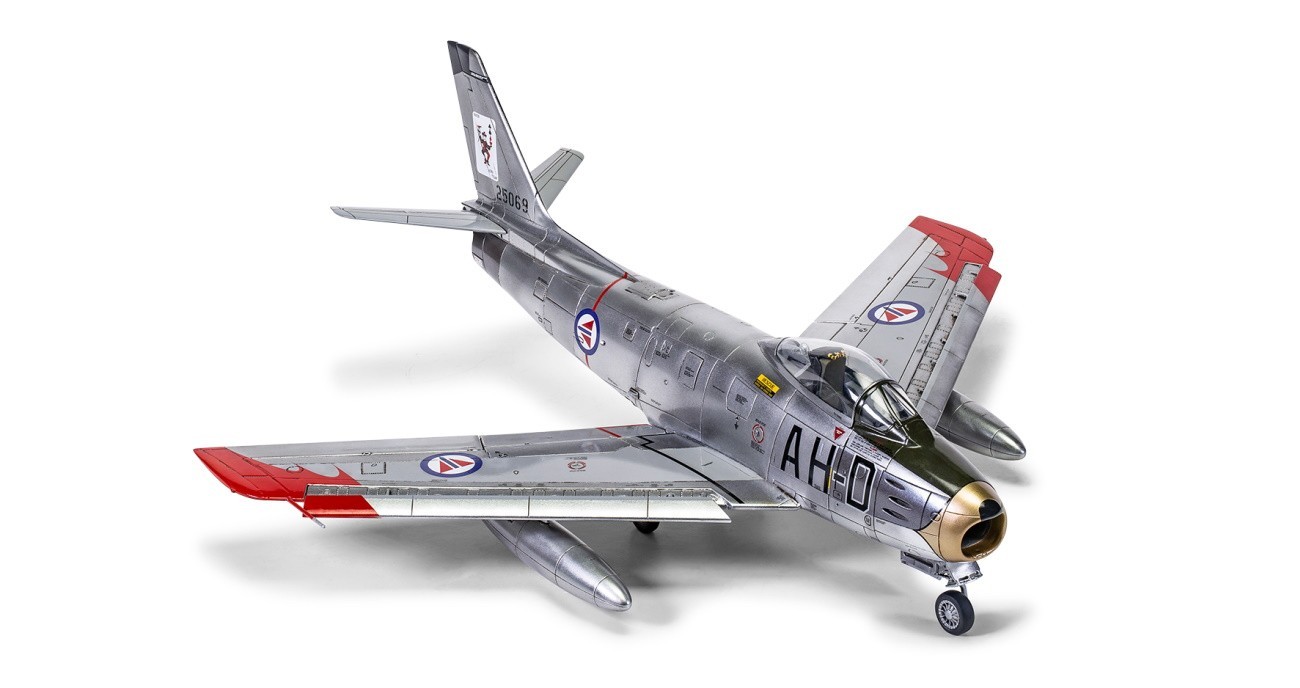 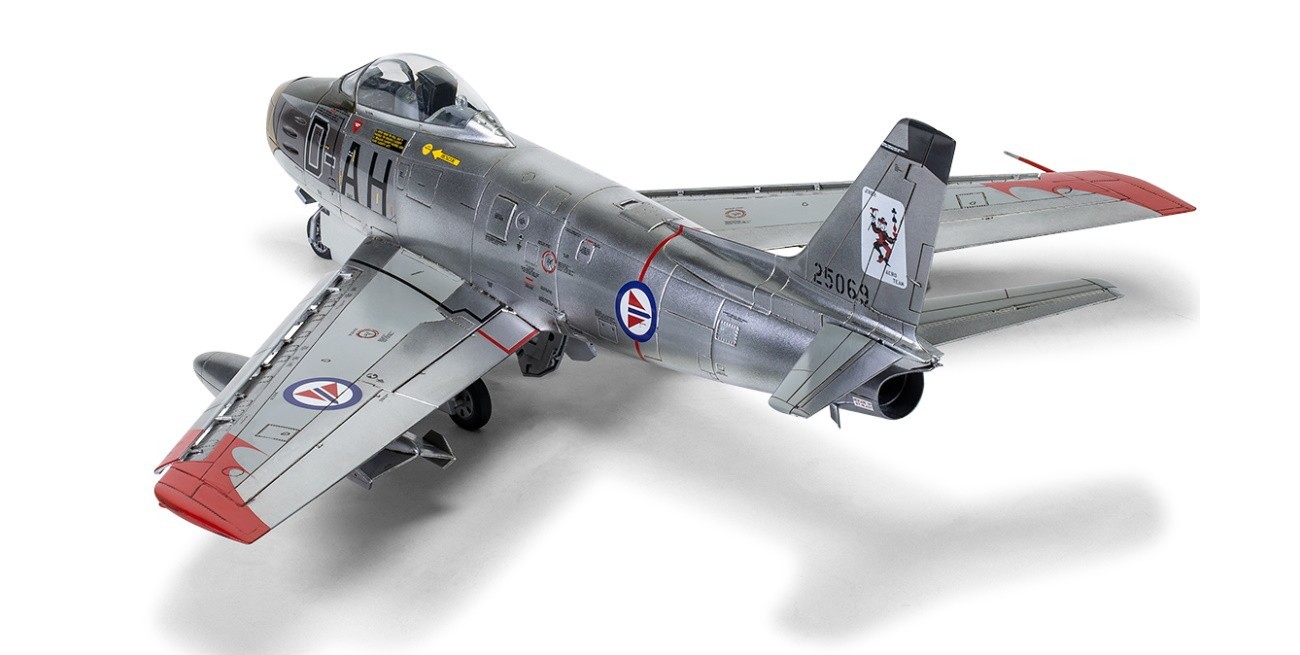 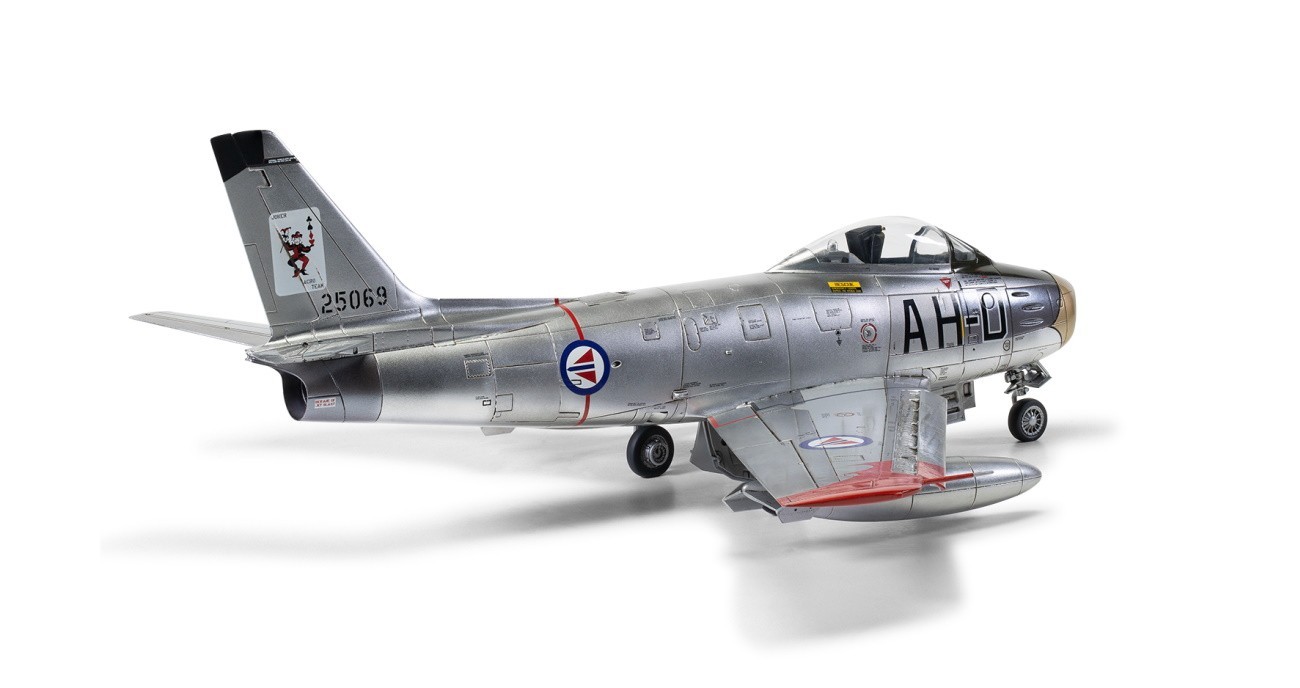 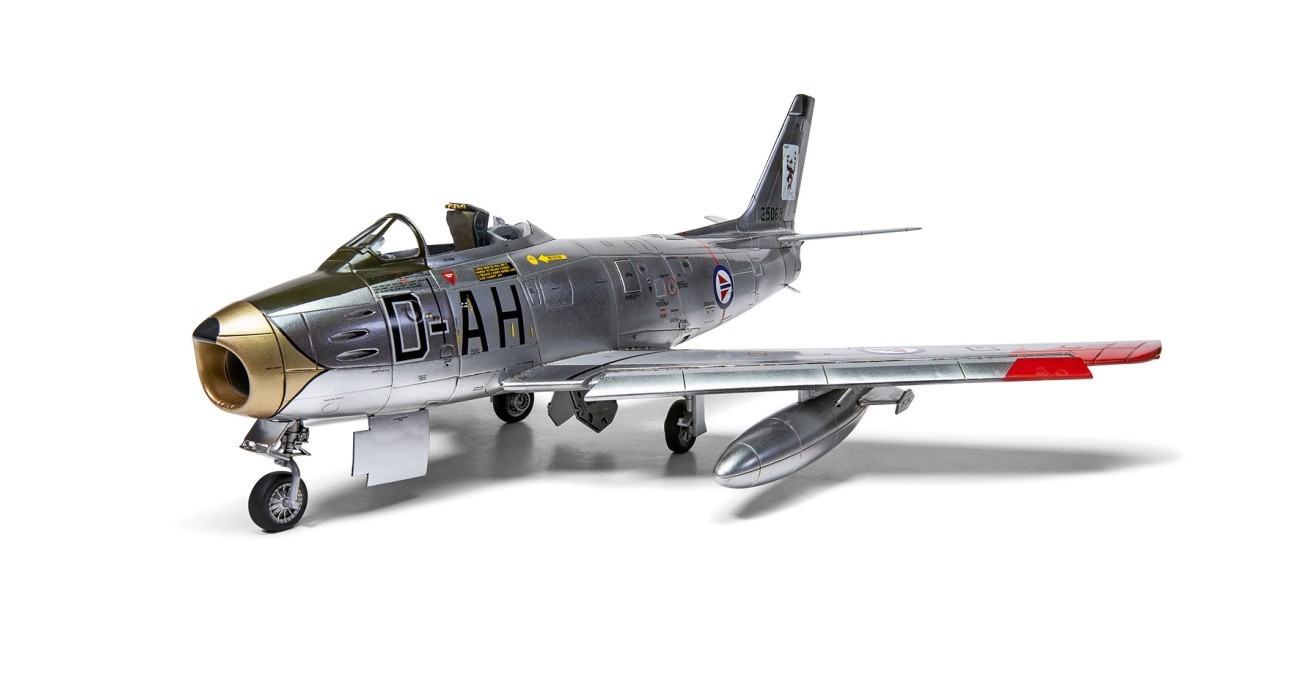 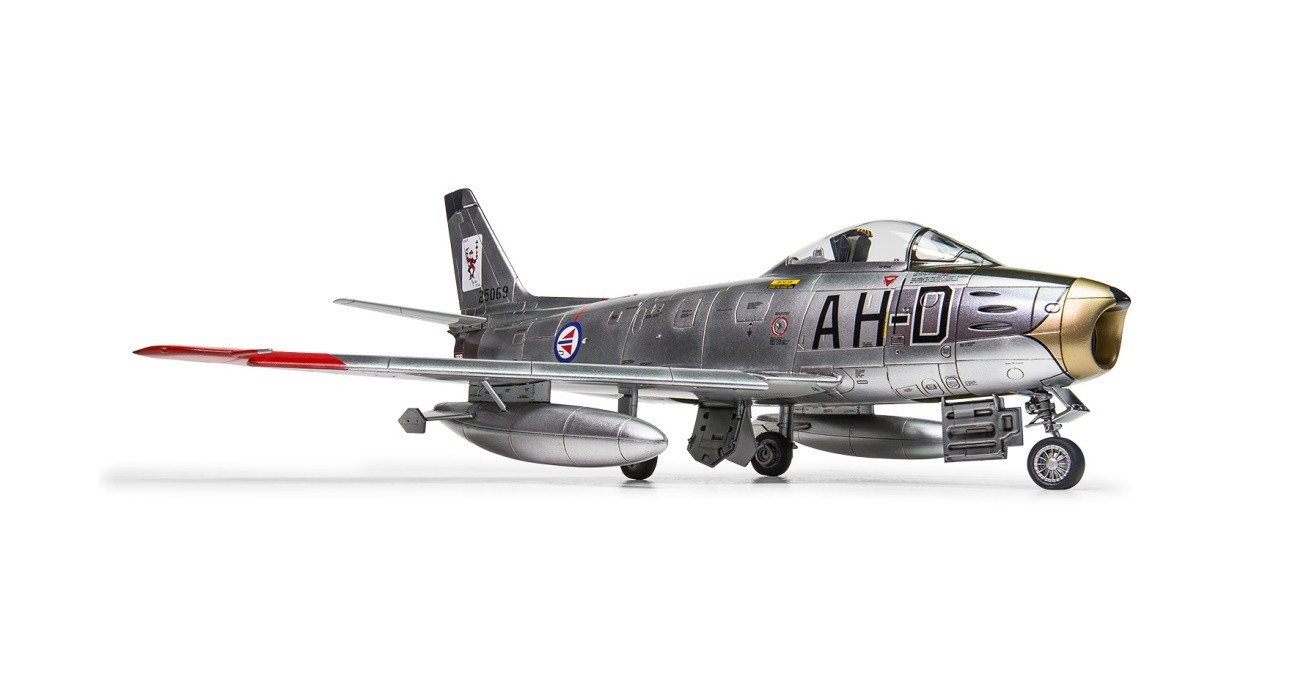 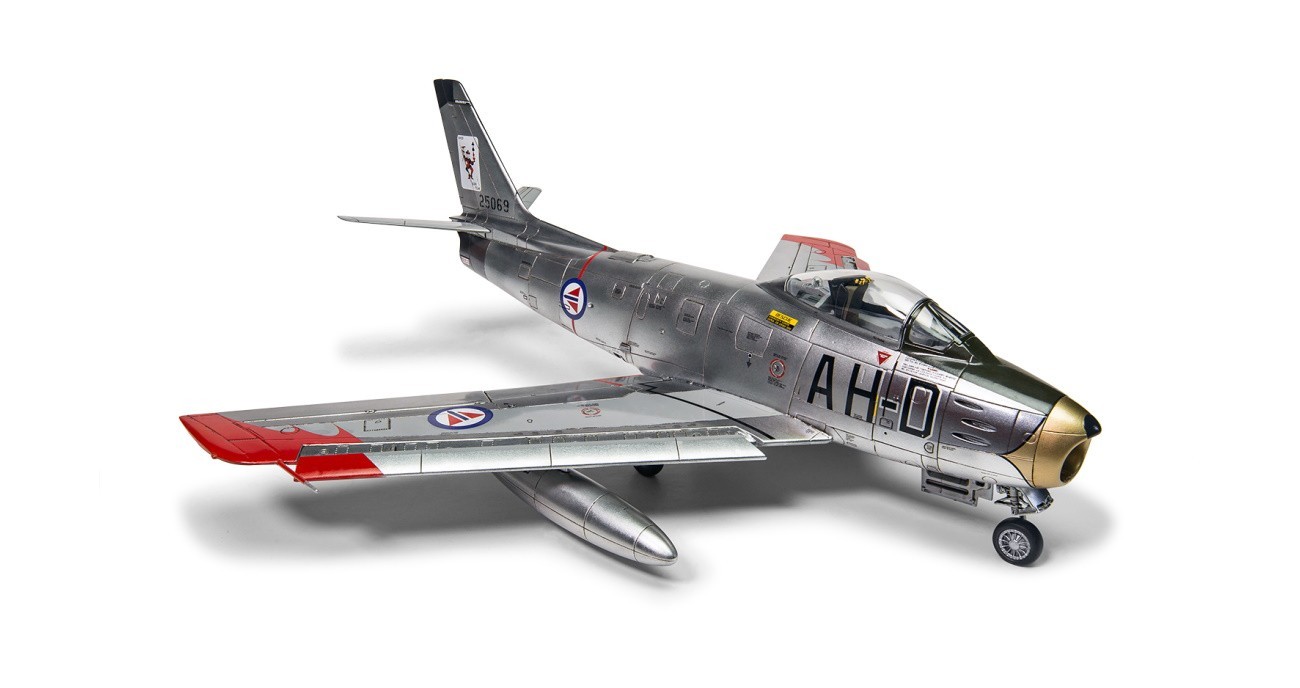 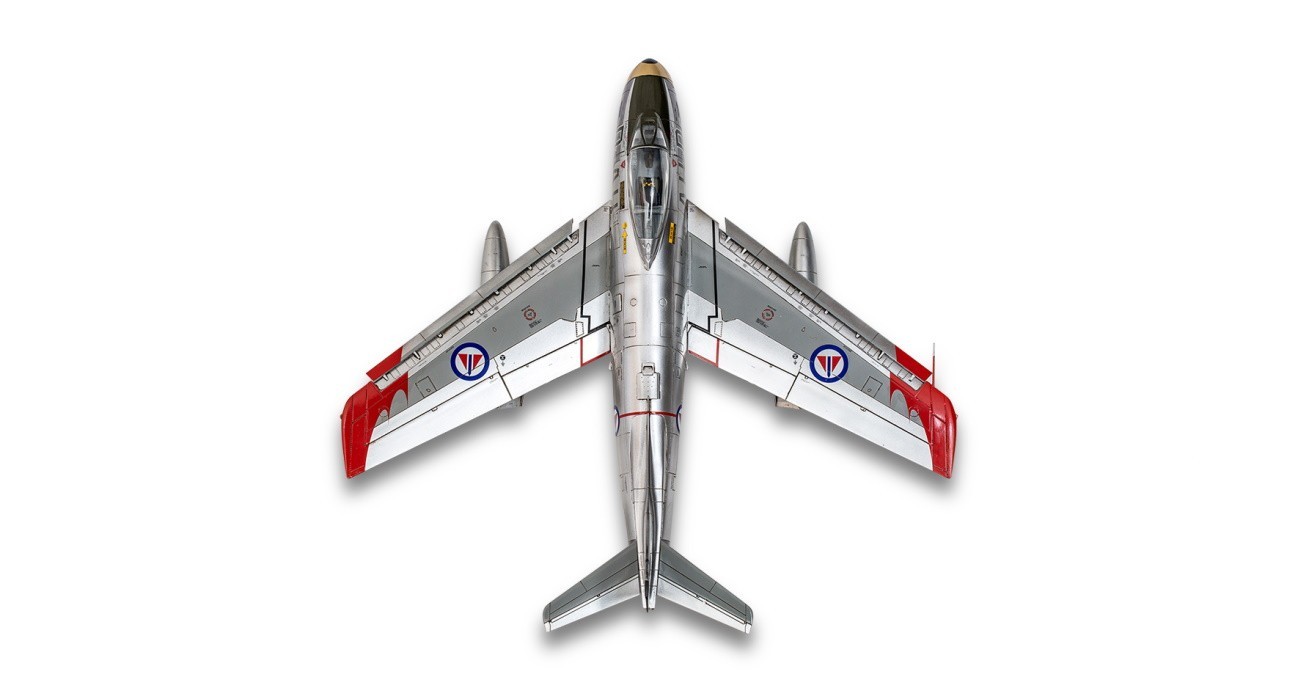 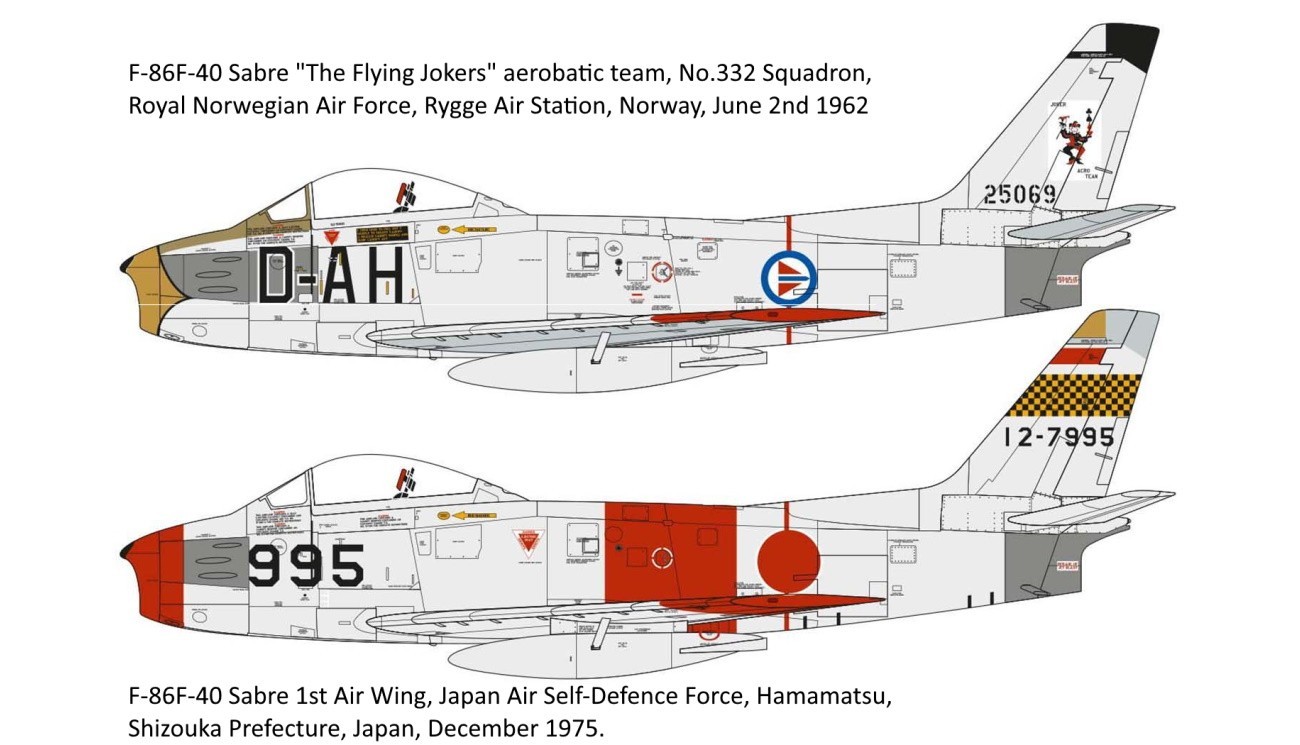