Litespeed
Editor
posted on 1 year ago — updated on 1 year ago
1,654
views
Special Hobby has re-released its 1:72 scale Dassault Mirage F.1 EQ/ED [SH72386] with a marking choice of Iraqi, Iranian and Libyan aircraft 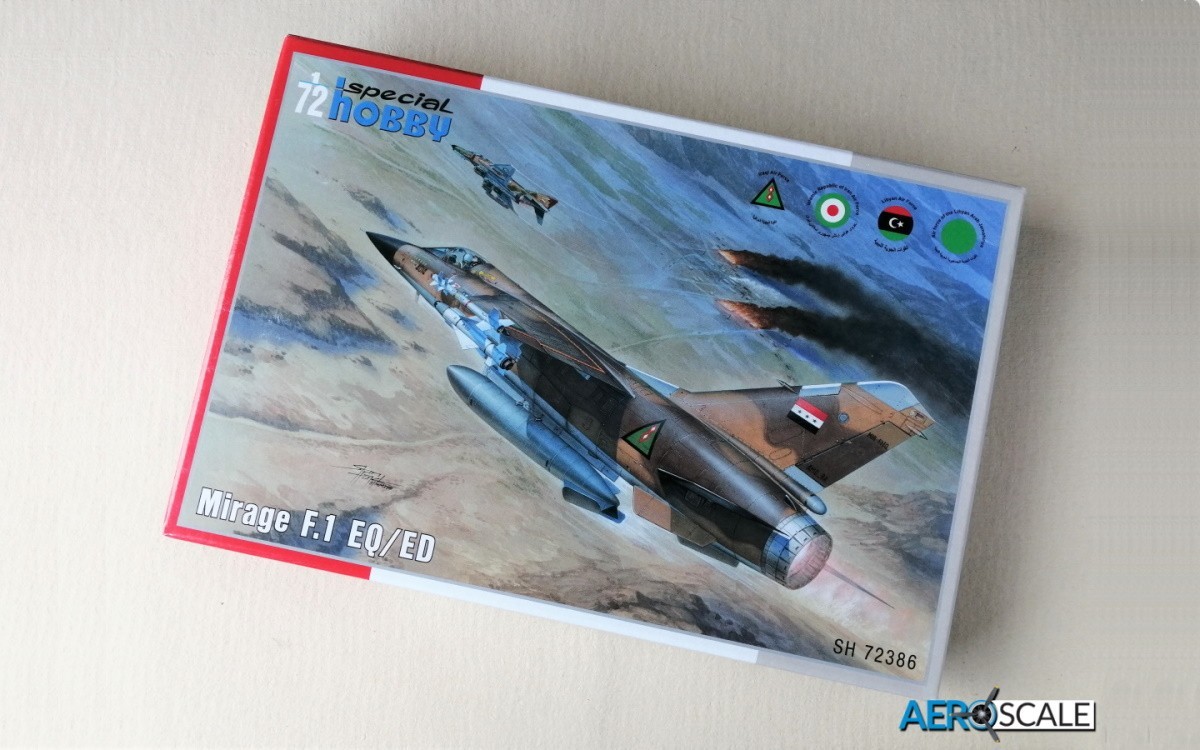 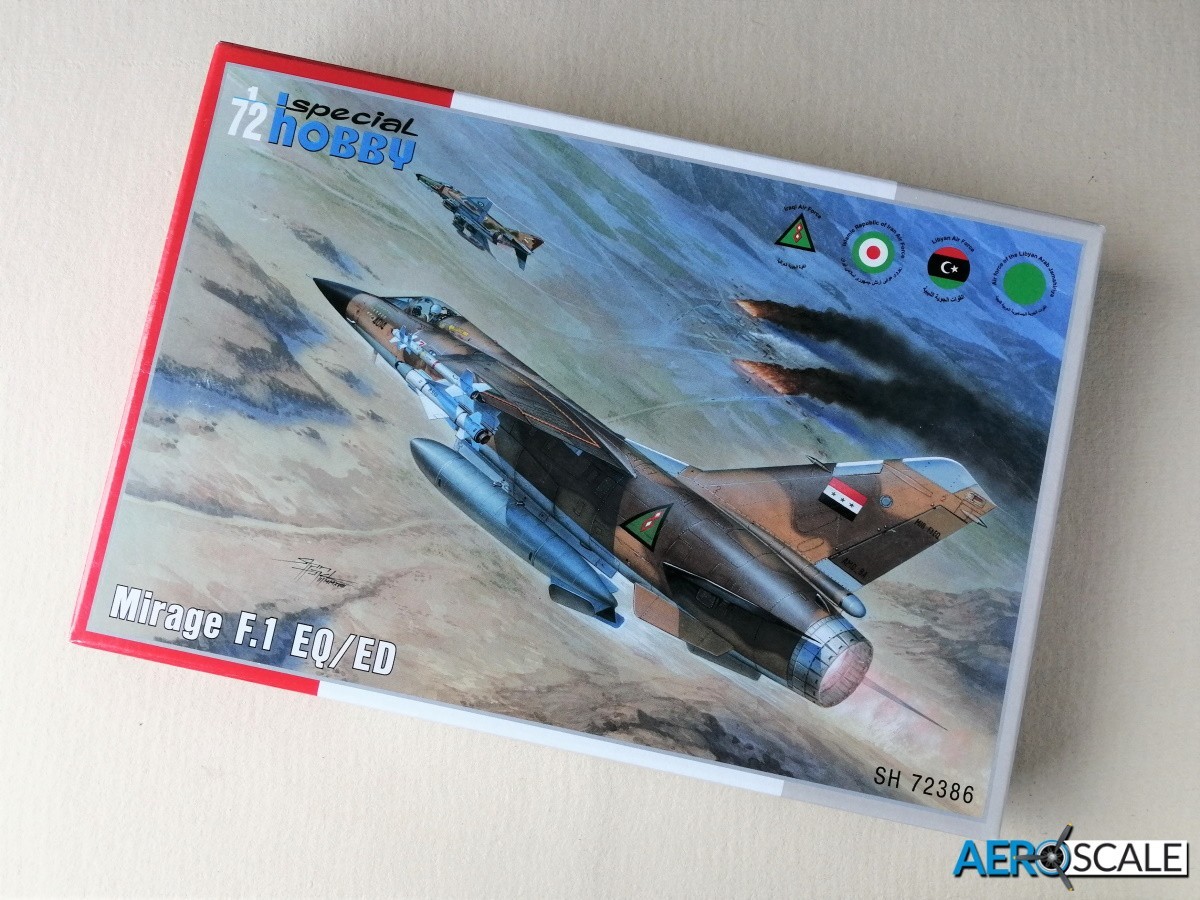 By the early 1960’s it was becoming obvious to the Armee de l'Aire that the Mirage III had had its day.Tenders were put out for a successor and not surprisingly Dassault had a few ideas sketched out. It literary was a few ideas and number of prototypes were constructed including the Mirage IIIT, the VTOL Mirage IIIV, the swing-wing Mirage G8, the two seat Mirage F2 a none swing version of the G8 and there was the single seat interceptor version of the F2: the Mirage F3. Being a canny and budget conscious aircraft manufacturer Dassault was also working on the much simpler and the diminutive multi role Mirage F1. In the end the Armee de l'Aire ordered a number of Mirage F 1C’s fighter. Orders followed for the two seat F-1B and Mirage F 1CR reconnaissance version. The Mirage F1 M-53 was entered for the European NATO fighter competition in early seventies. Organised to decide which combat aircraft many European countries would adopt to replace the F-104G. The F-1 missed out to the "deal of the century" General Dynamics F-16. Dassault managed to have a number of export successes with the F.1. It ranks pretty high in the table of modern combat aircraft that has been used in conflict. 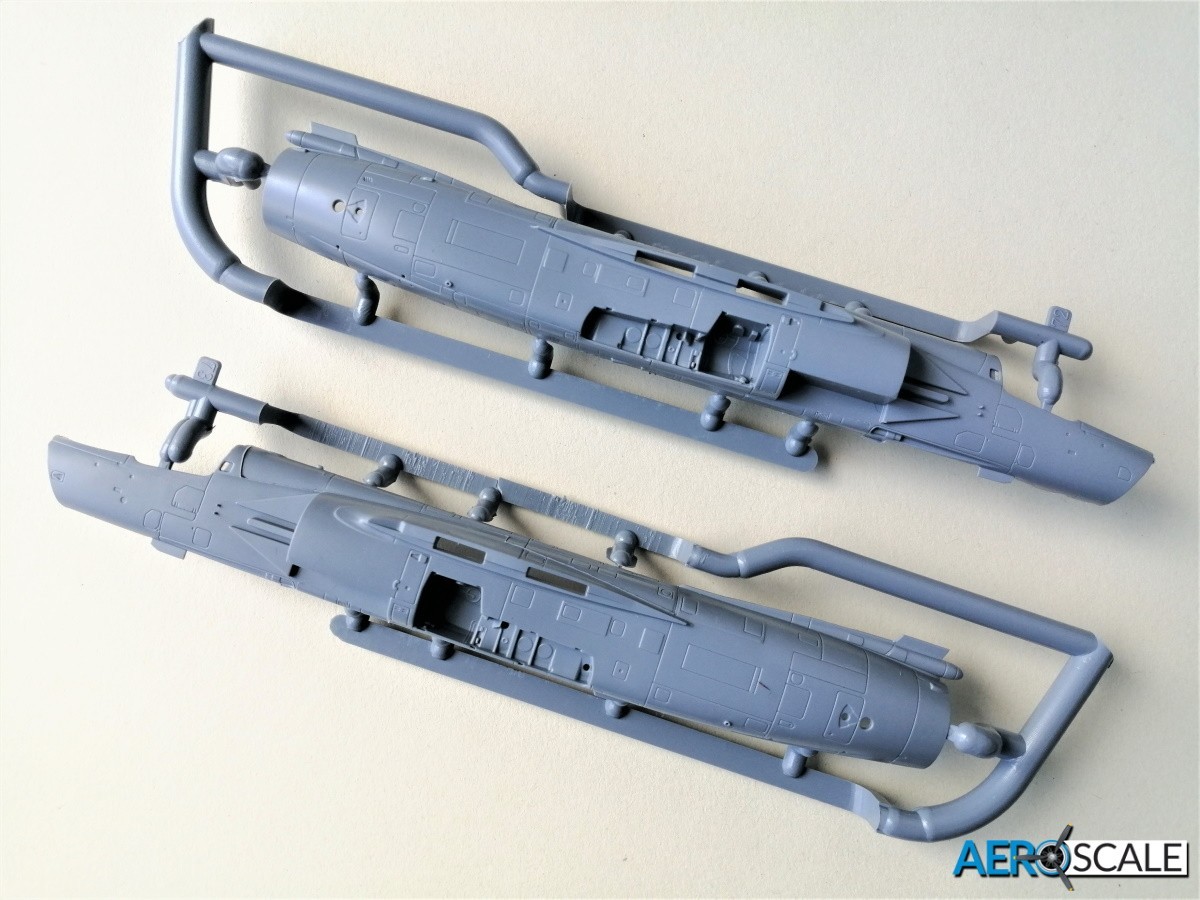 Special Hobby released the 1:72 scale Mirage F1 as a new tool in 2016 and demonstrates the capability of what modern injected plastic production is capable off. All the grey sprues are contained in one bag. The clear sprue, resin, and photo etched part are bagged separately. 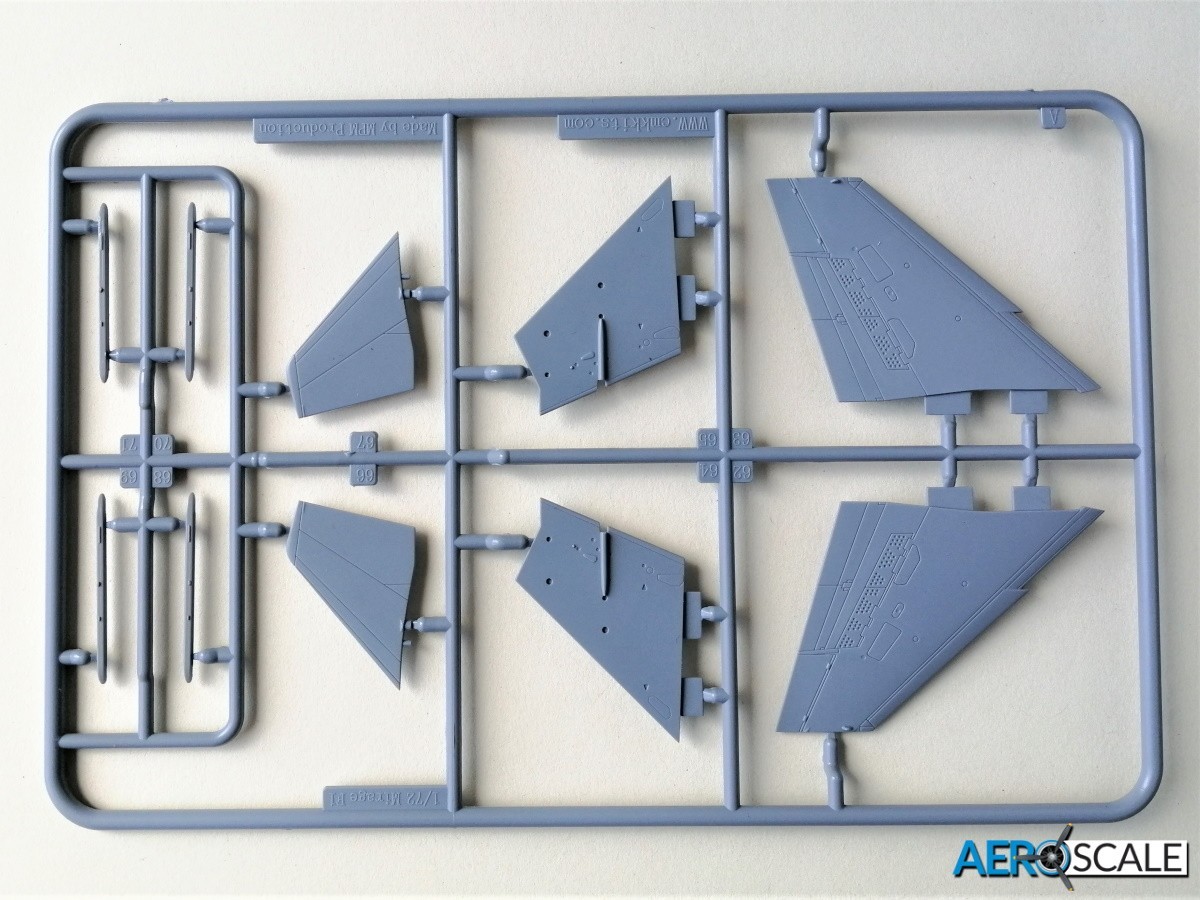 The cockpit comprises of a tub into which is fitted the instrument panel, control stick, ejector seat and rear bulkhead. There are decals to represent the instruments. There are two choices of ejector seat: MB Mk4 or the MB Mk 10 and both are made up from four parts. No seat harness I’m afraid so you must acquire or scratch build some. Interior is painted black a standard colour on combat aircraft in the 60’s and 70’s. 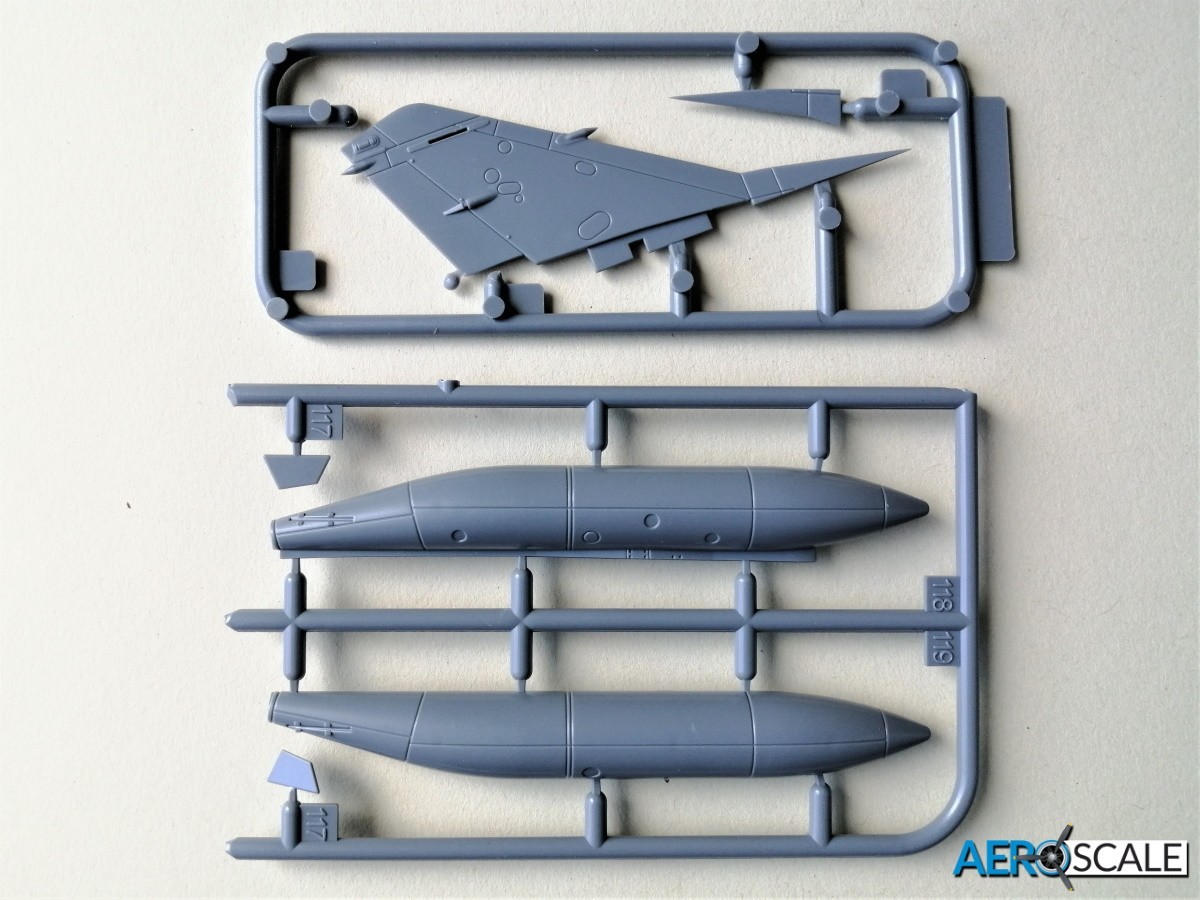 The canopy and windscreen look good with sharp with raised framing, simplify the job of masking the clear parts. 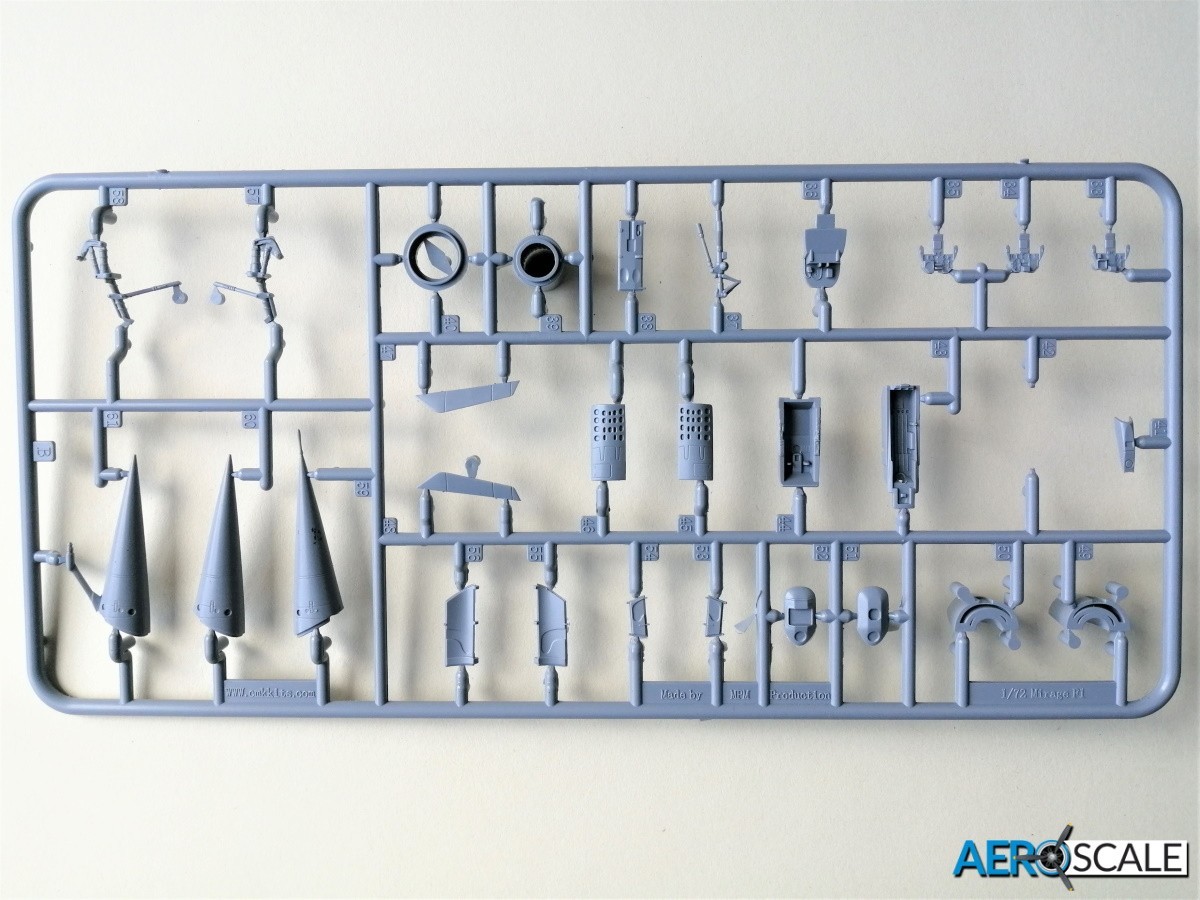 The fuselage looks pretty stunning with slide mould technology pushed to the limits. Internal detail in the main wheel bays looks excellent. The front wheel bay is a one-piece separate part. The cockpit tub fits just forward of the front undercarriage bay. The three-part jet pipe and nozzle looks nicely detailed and importantly the jet pipe itself is one-piece.The area around the perforated air brakes on the fuselage is separate as are the engine air intakes, these are one piece too. There is no representation of the primary compressor fan, but I seriously doubt you would see much beyond the intake shock cone [Souris]. Also separate are the two one-piece strakes to the rear of the fuselage. There are two nose options for the Mirage F.1 EQ or the ED.The obvious difference is the IFR probe. There is a resin probe head included if you feel the plastic version isn’t detailed enough. 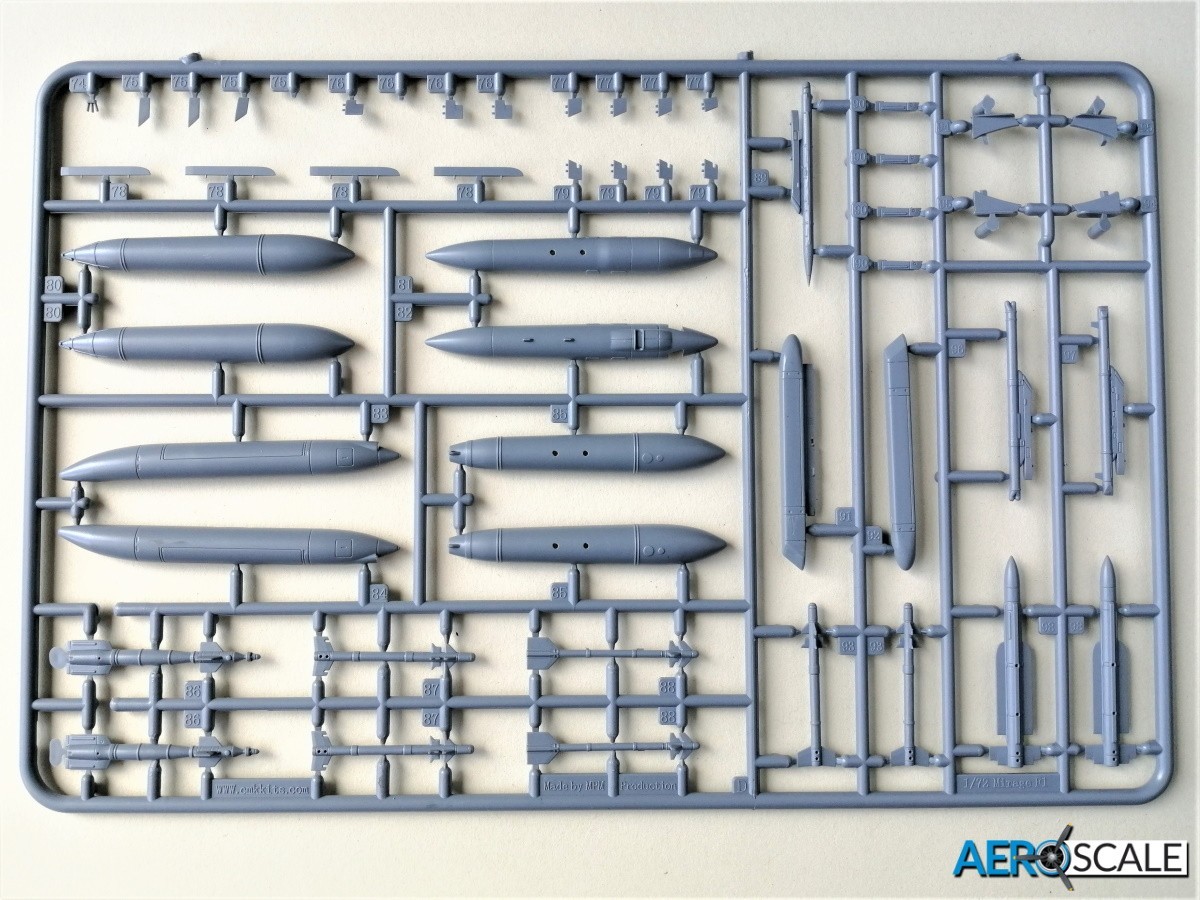 Each wing comprises of two pieces. Detail is again superbly executed, in particular the perforated air brakes. Each wing has a couple of good-sized tabs to slide into the fuselage. The all-flying tail has a much more delicate locating pins although there is a second smaller one that allows you to fit it in a neutral position. There are two choices of vertical tail, both one piece. Part 111 has the Sherlok RWR and part 12 has the BF RWR. Part 12 will need some surgery for Option C, which entails cutting of the forward extension of part 111 containing the HF antennae and fixing it onto part 12. Alternatively, for option A, B & D just use part 111. Options B, C& D have strakes attached to the fin. 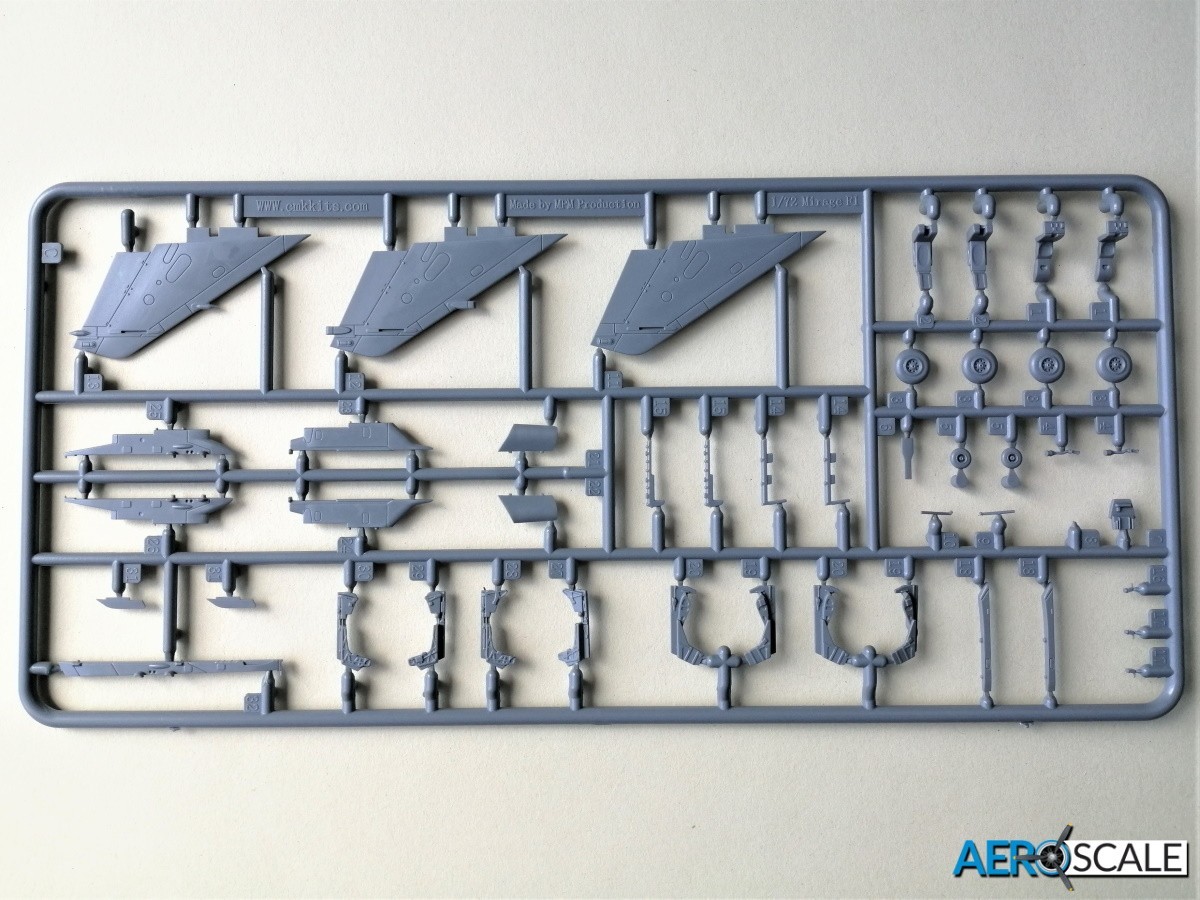 Instructions are pretty good, although the illustrations seem a bit crowded. There are some subtle differences in the look of the airframe depending which version you go for, so stay frosty in that respect. 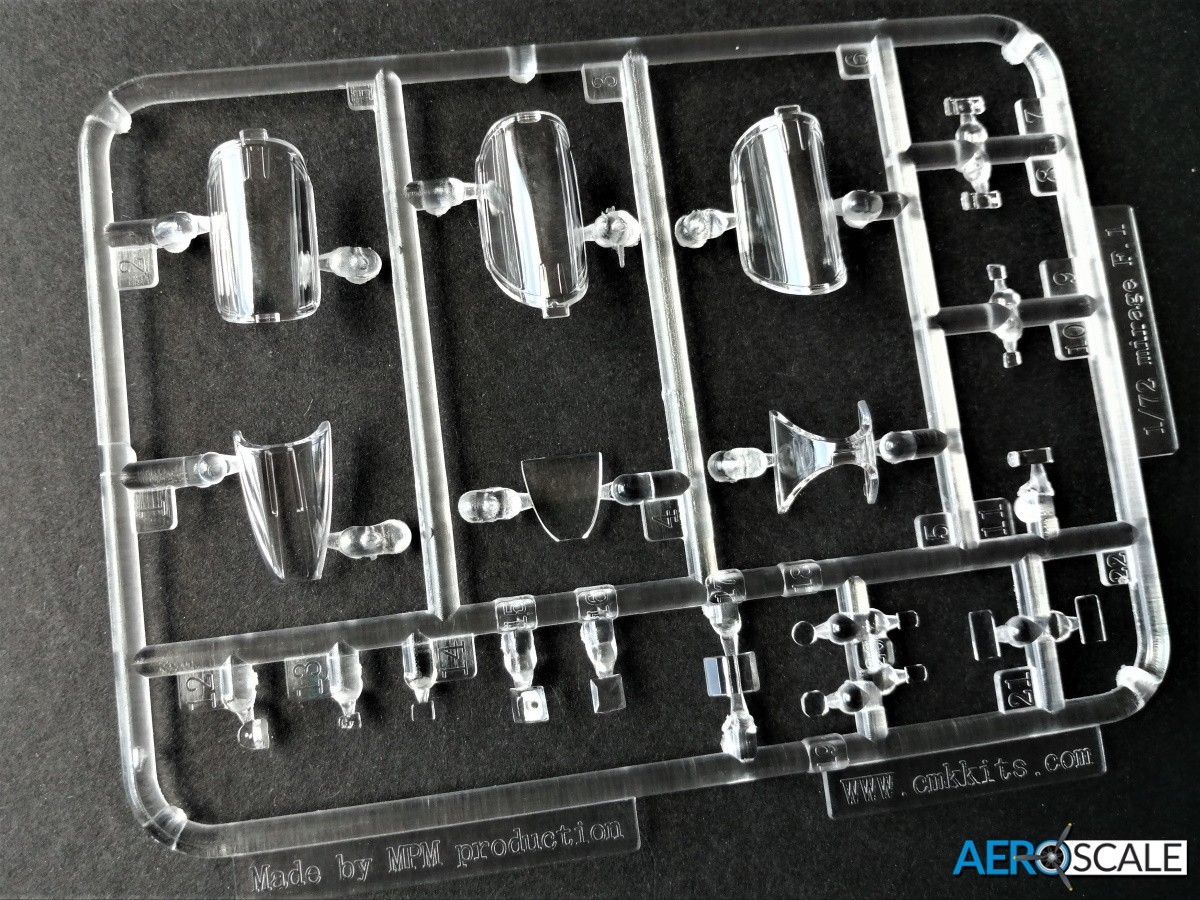 The sturdy looking undercarriage of the F-1 is well represented. The real thing is happy to operate from grass runways, although the grass is never none too happy. The complex looking nose and main gear legs are each one piece. There is a bit of flash to eradicate. The under carriagedoors are nicely detailed on both sides. Wheels are all one piece with excellent hub detail. 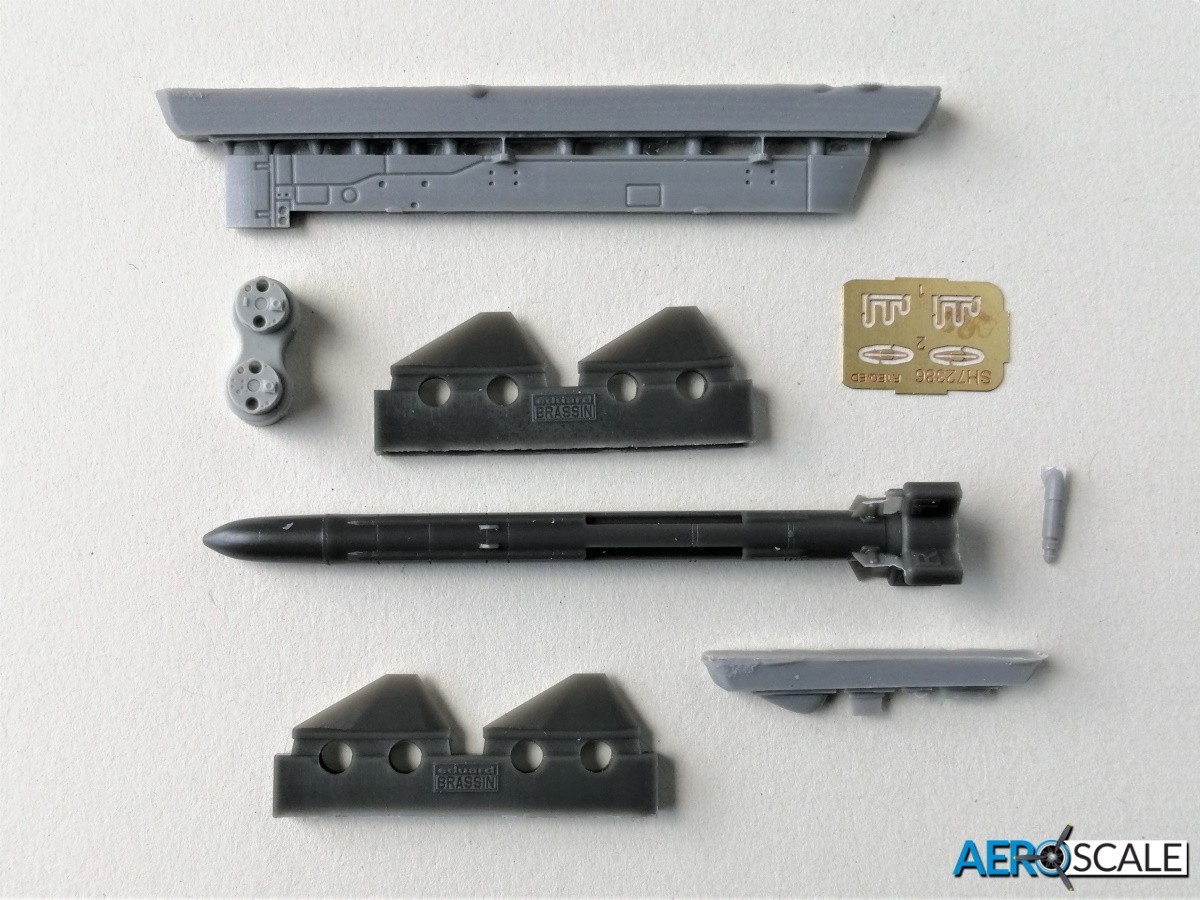 The Mirage F.1 weaponry comprises of two Matra R550 Magics on the wing tips, two Super 530 F under the wing or a single resin AM-39 Exocet. The fins area bit thick but well detailed. The Exocet missile has been produced in resin. Detail is excellent, although three of the rear four fins are broken on my sample. The pylon for the Exocet is also resin. Also supplied are two 1,200-liter which can be used under the wing or one can be fitted on the centre line. Also supplied is the impressively large Irakien RP-201 2,200-liter centre line fuel tank. 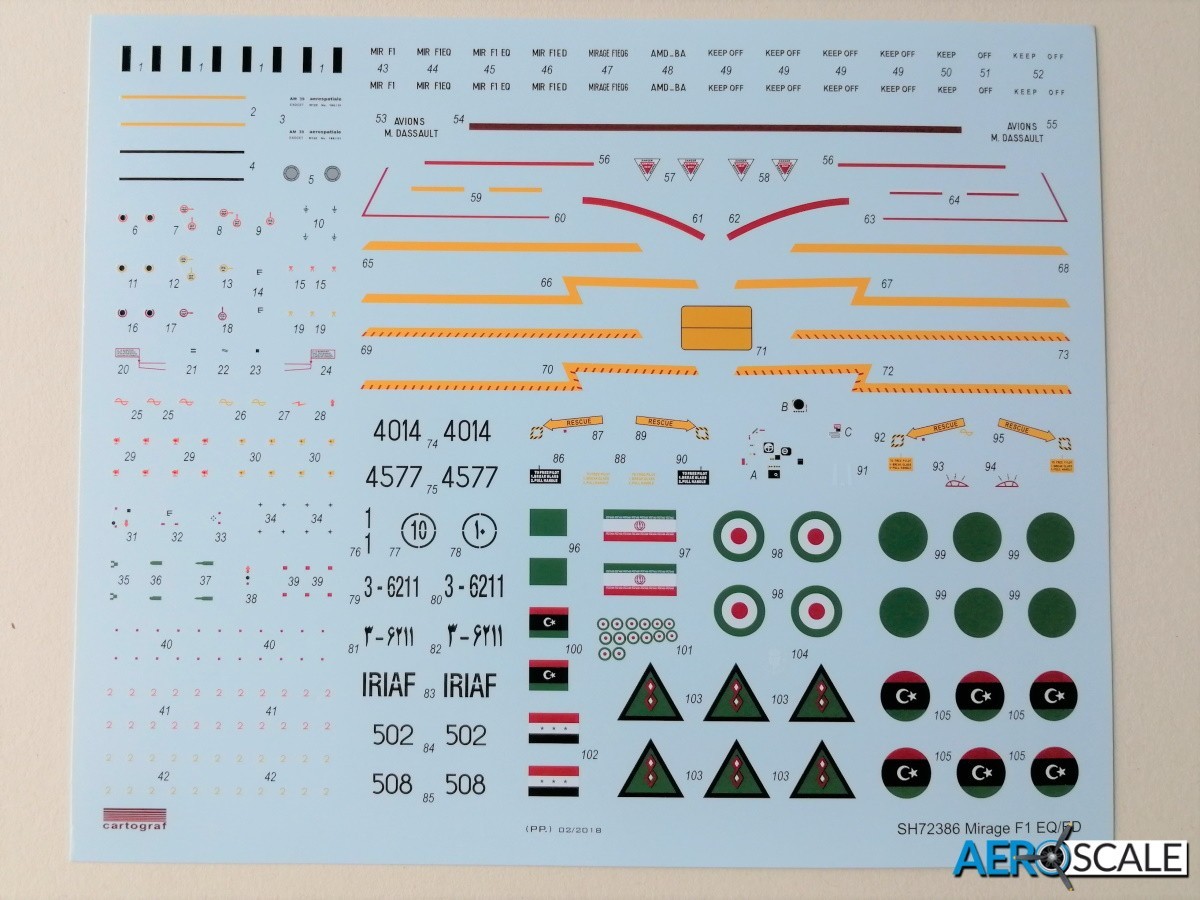 The small photo etched fret has the IFF aerials which are either fitted to the forward undercarriage bay door or under the fuselage just forward of the engine exhaust. 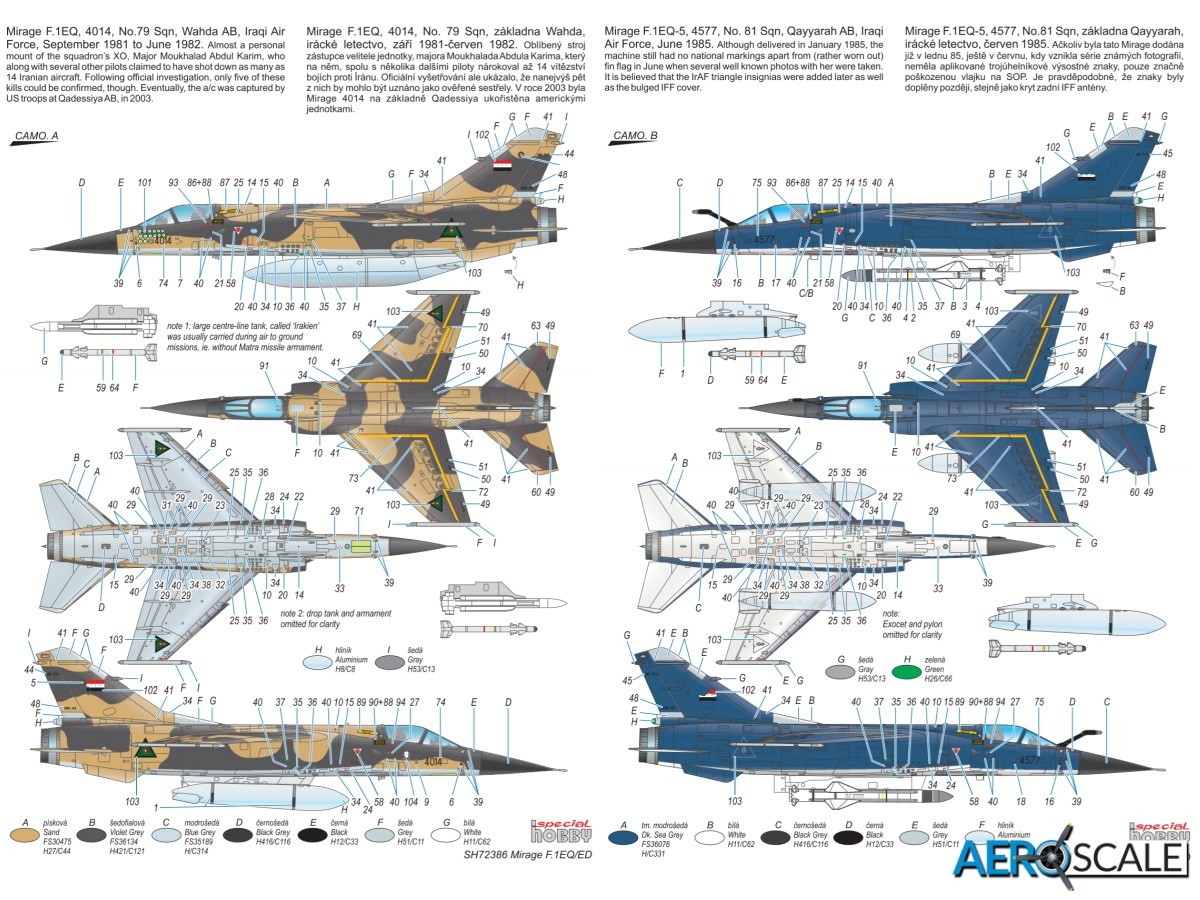 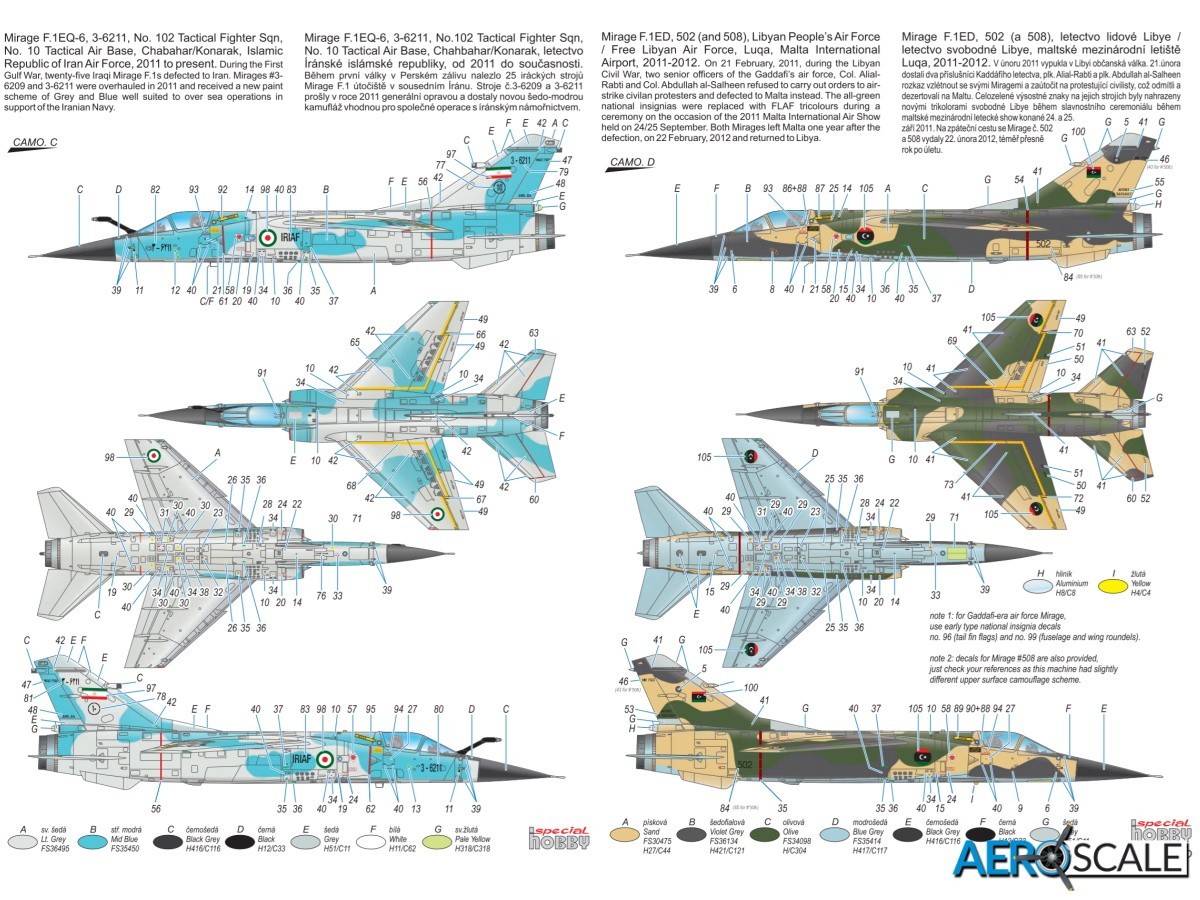 There are some interesting marking options for the exported Mirage F.1. A couple of maritime and two desert style camouflage schemes. Scheme ‘D’ has a bit of a twist as there is a choice of the two Mirages that were flown to Malta by defecting pilots. There also the option to portray them with markings for the Libyan Peoples AF and for the Free Libyan AF created after the fall of Gaddafi. 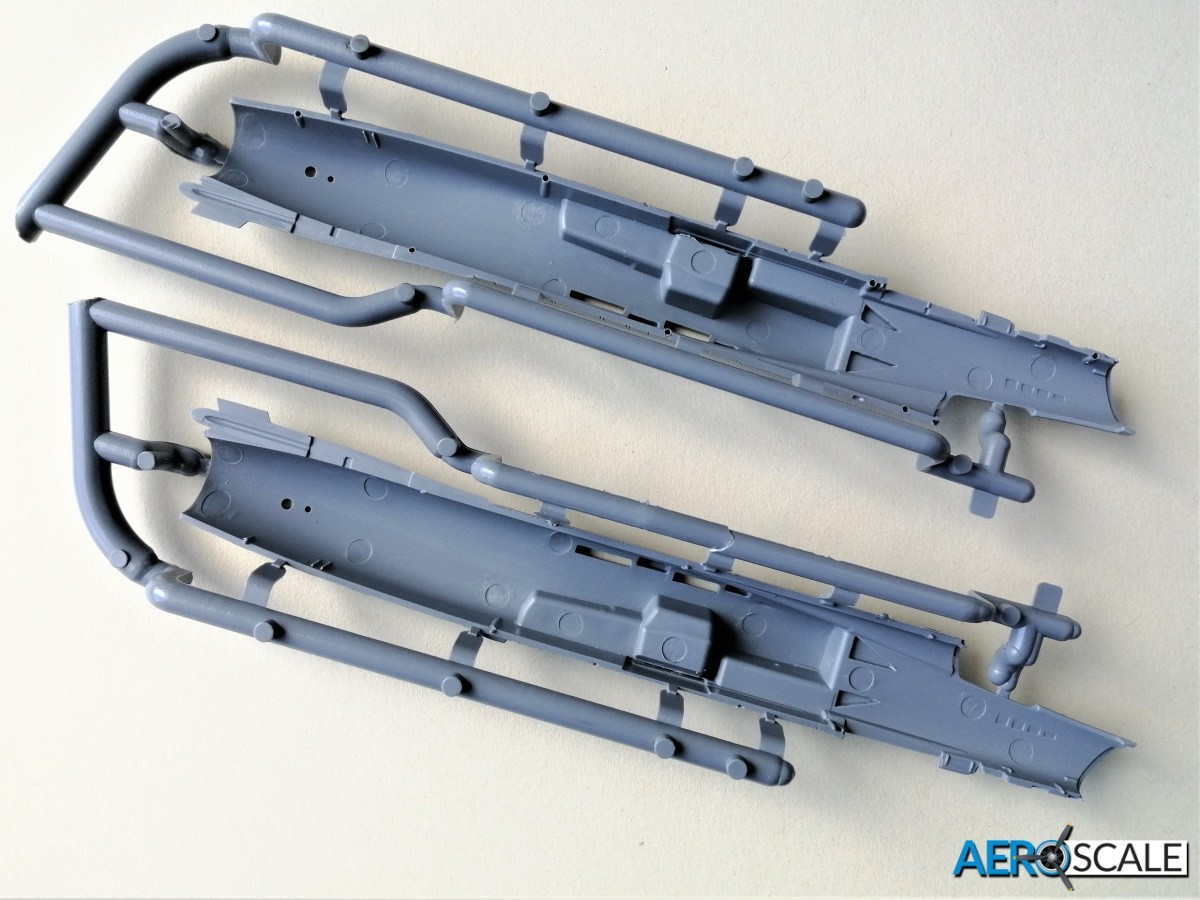 Decals are printed by Cartograf and do look excellent. I was a bit dubious about the red hatched lines on the yellow wing walkway being out of register. I can just make out on one reference image that this is thecase with some Mirage F.1’s 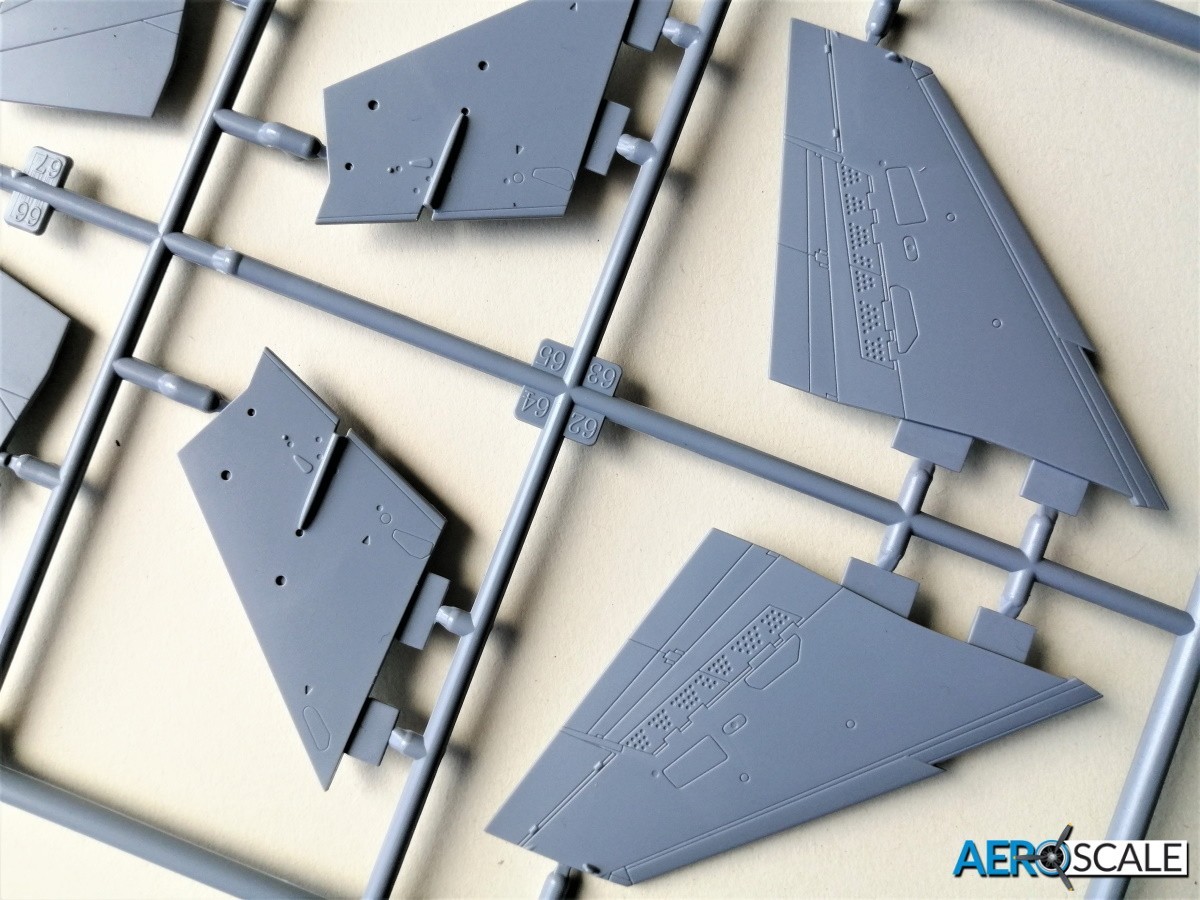 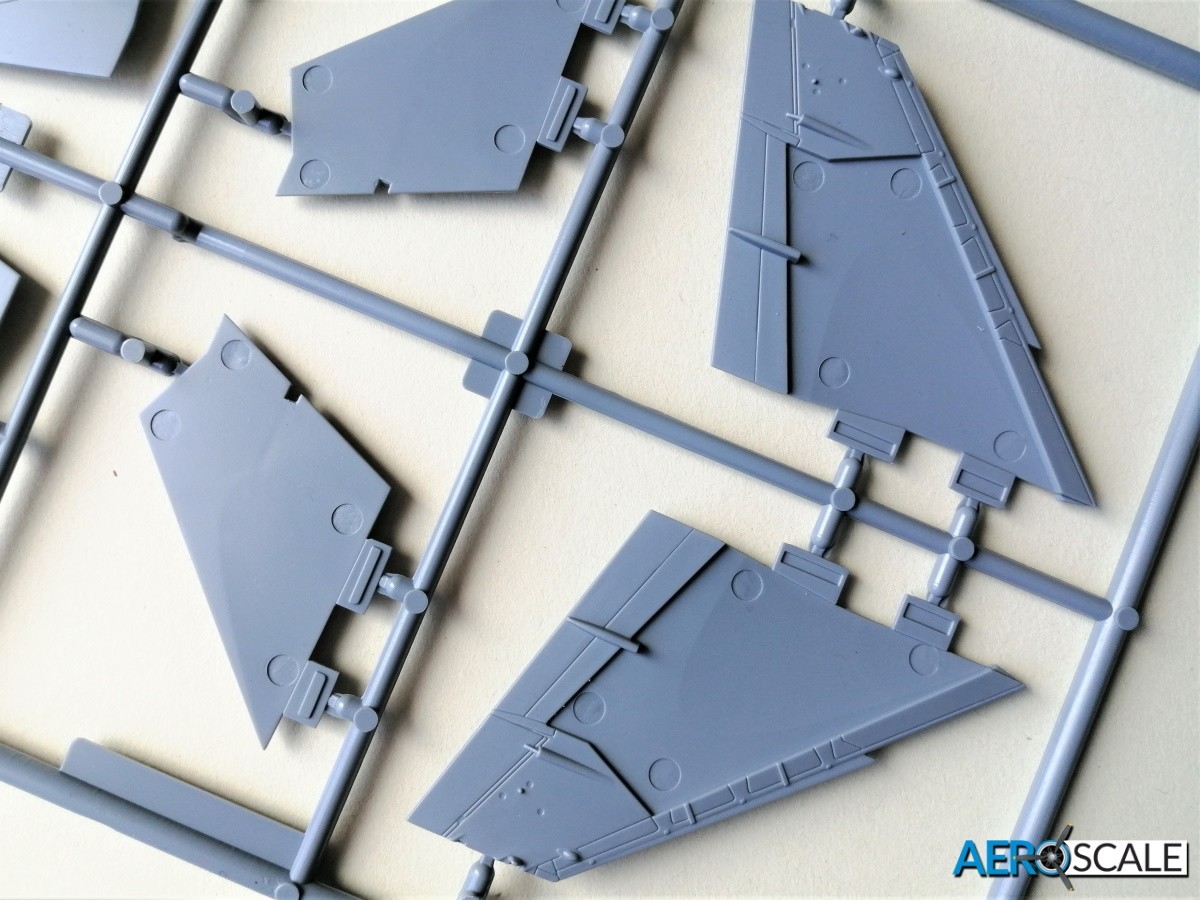 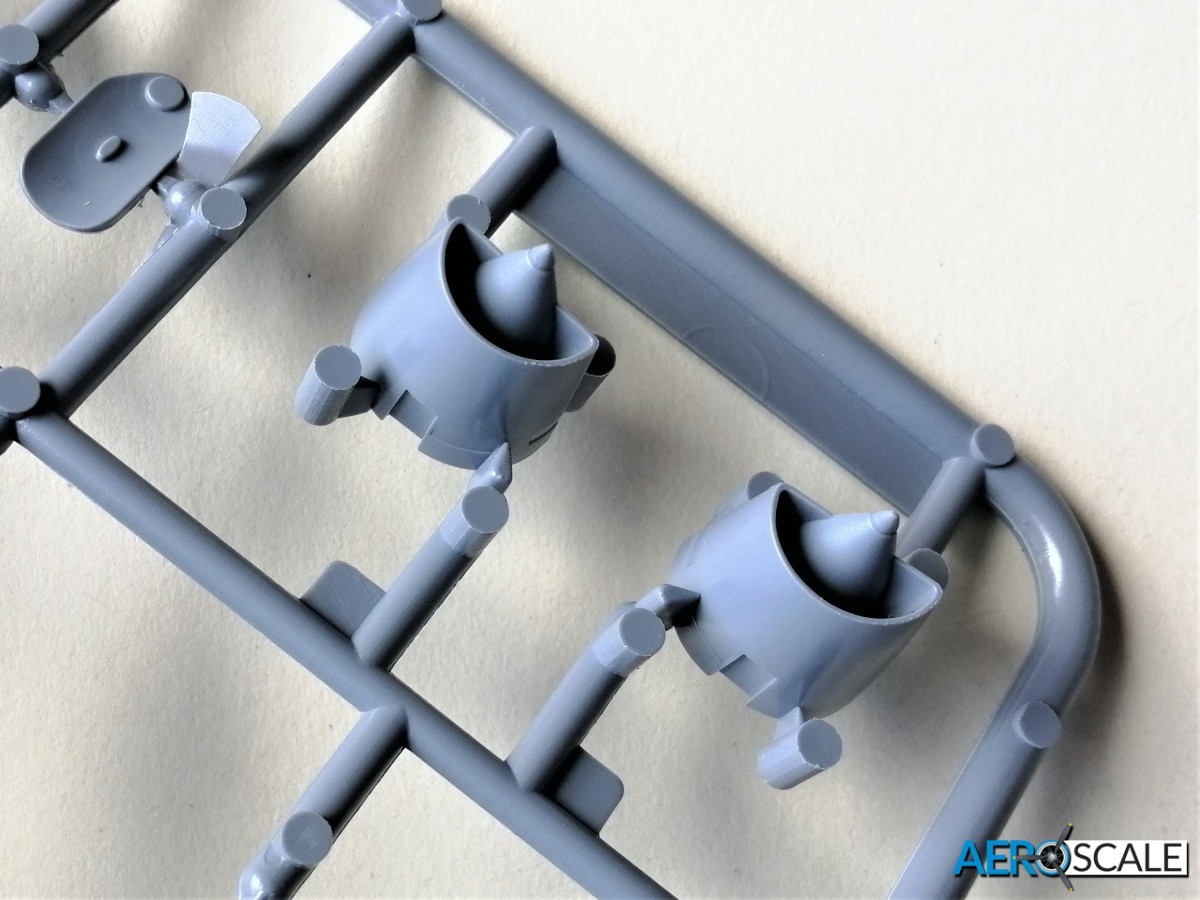 Very excited about this release. Special Hobby has upped their game when the first released the F.1 in 2016 and it still has a wow effect looking at the quality of the detail. That one-piece jet pipe is such a bonus. Hoping to get this one my work bench soon. If was going to be critical about anything it would be about Special Hobby packing all the grey plastic parts in one bag. The separately bagged resin and clear sprues are also in there for good measure. There are a few loose items due to the movement of the sprues and the resin parts showed signs of damage. Despite that I would highly recommend the kit. 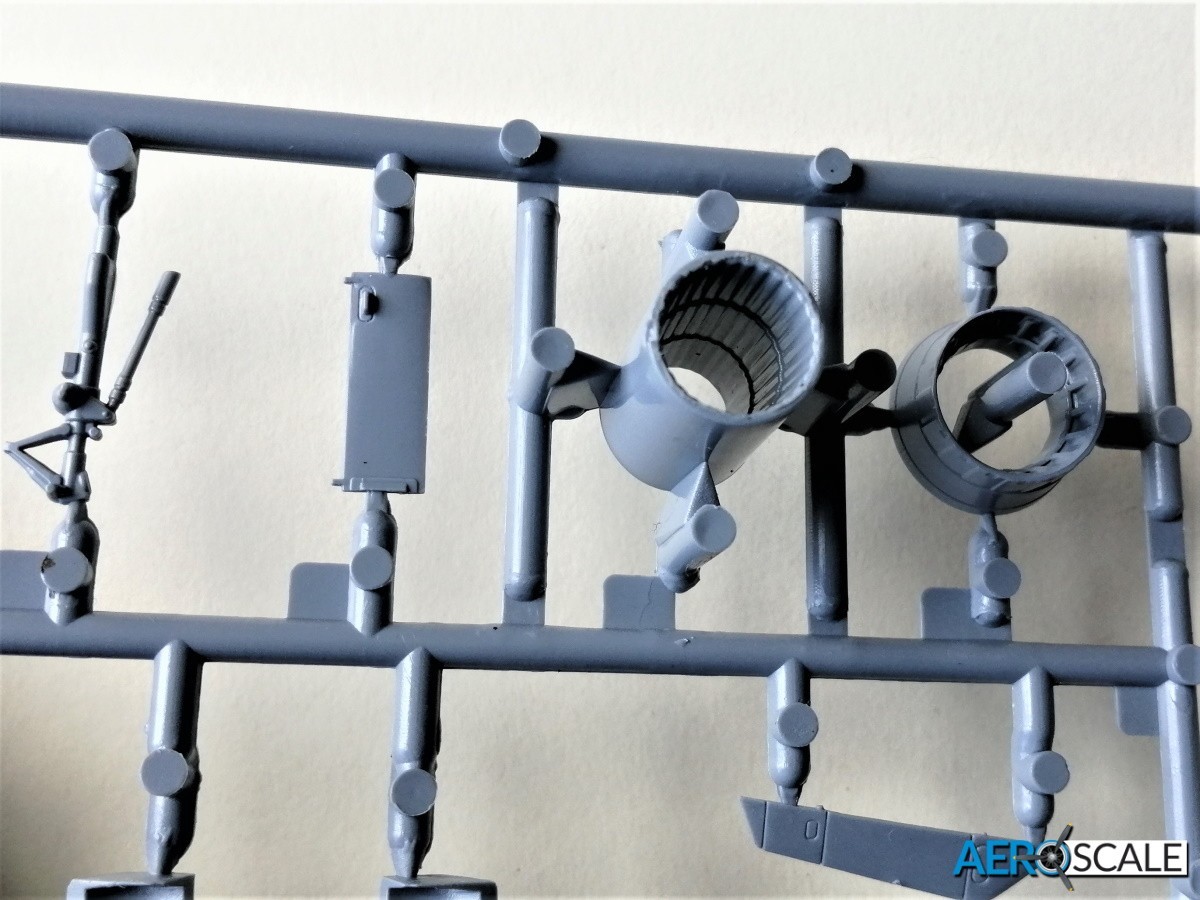 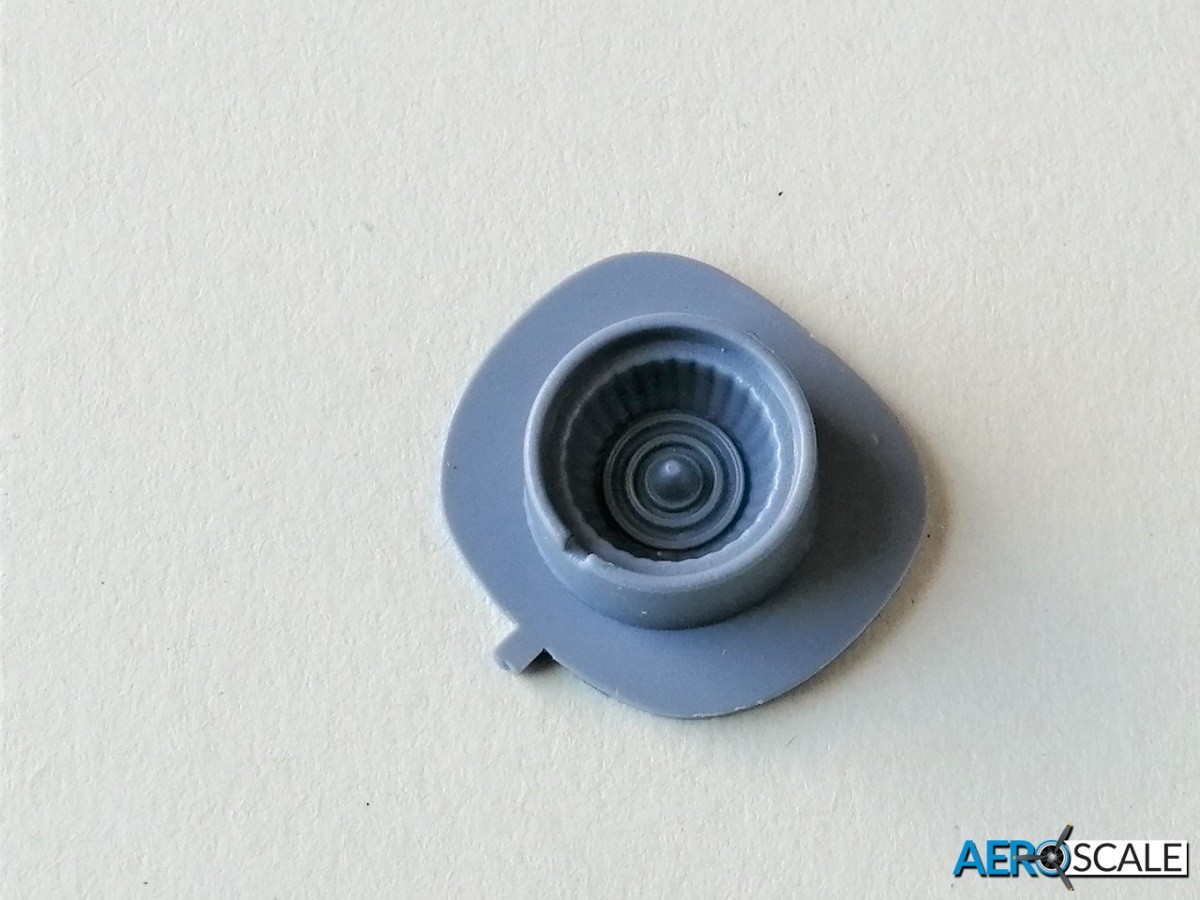 Our thanks to Special Hobby for the review sample. 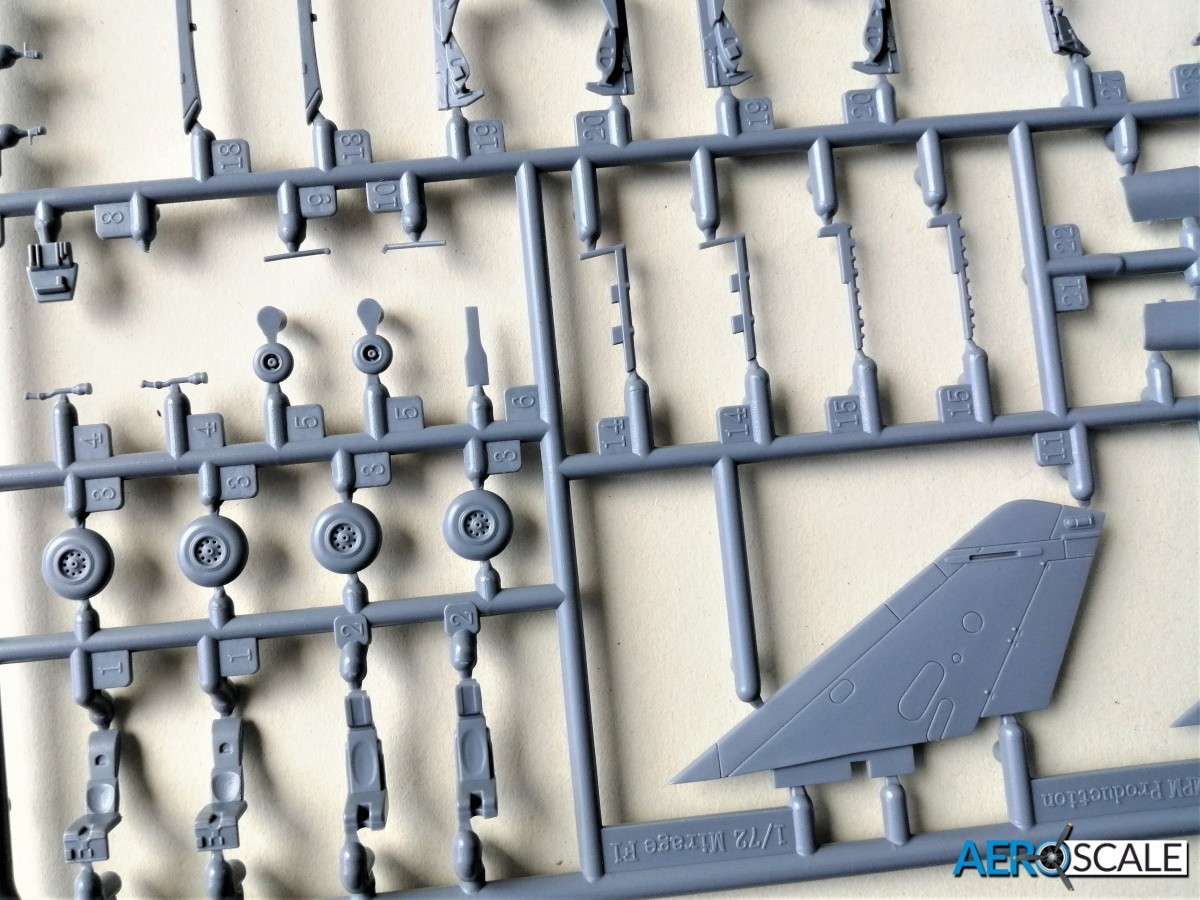 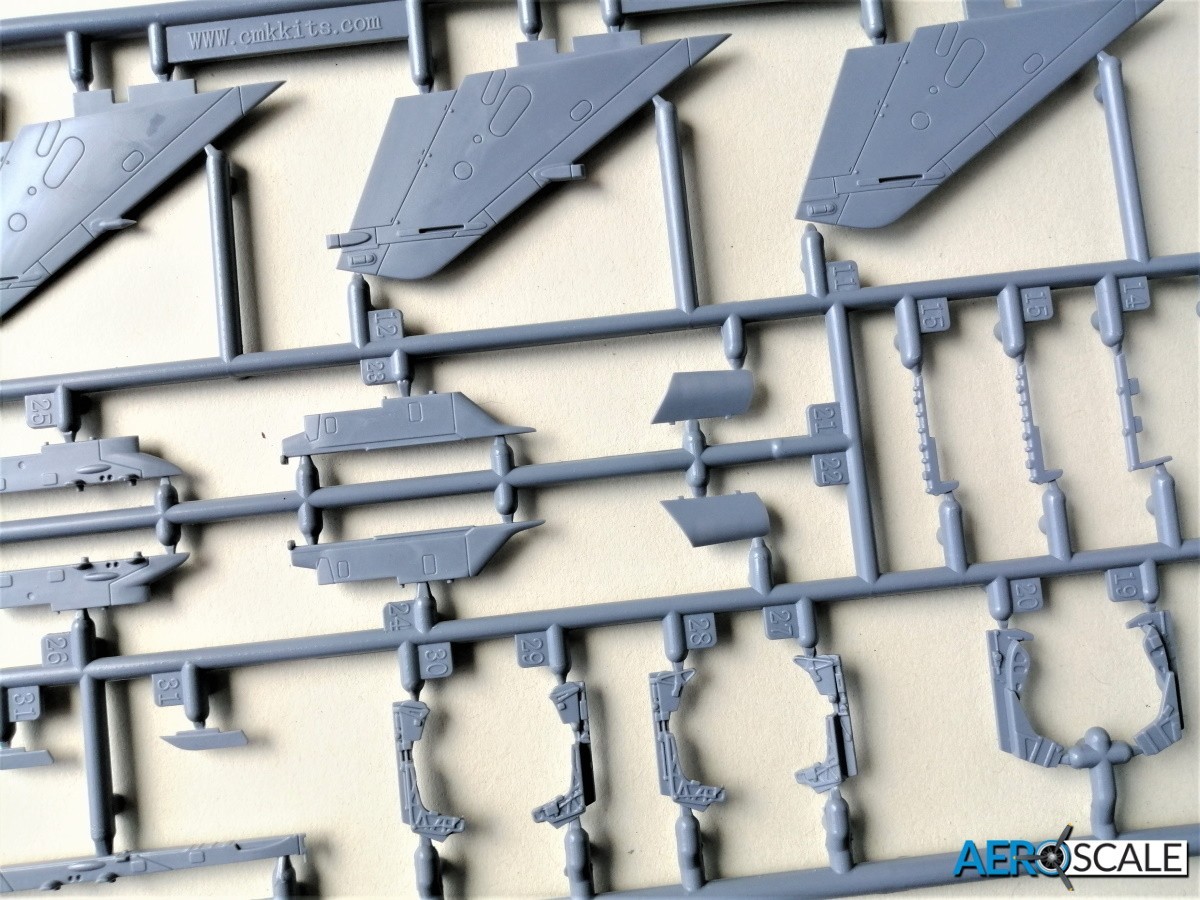 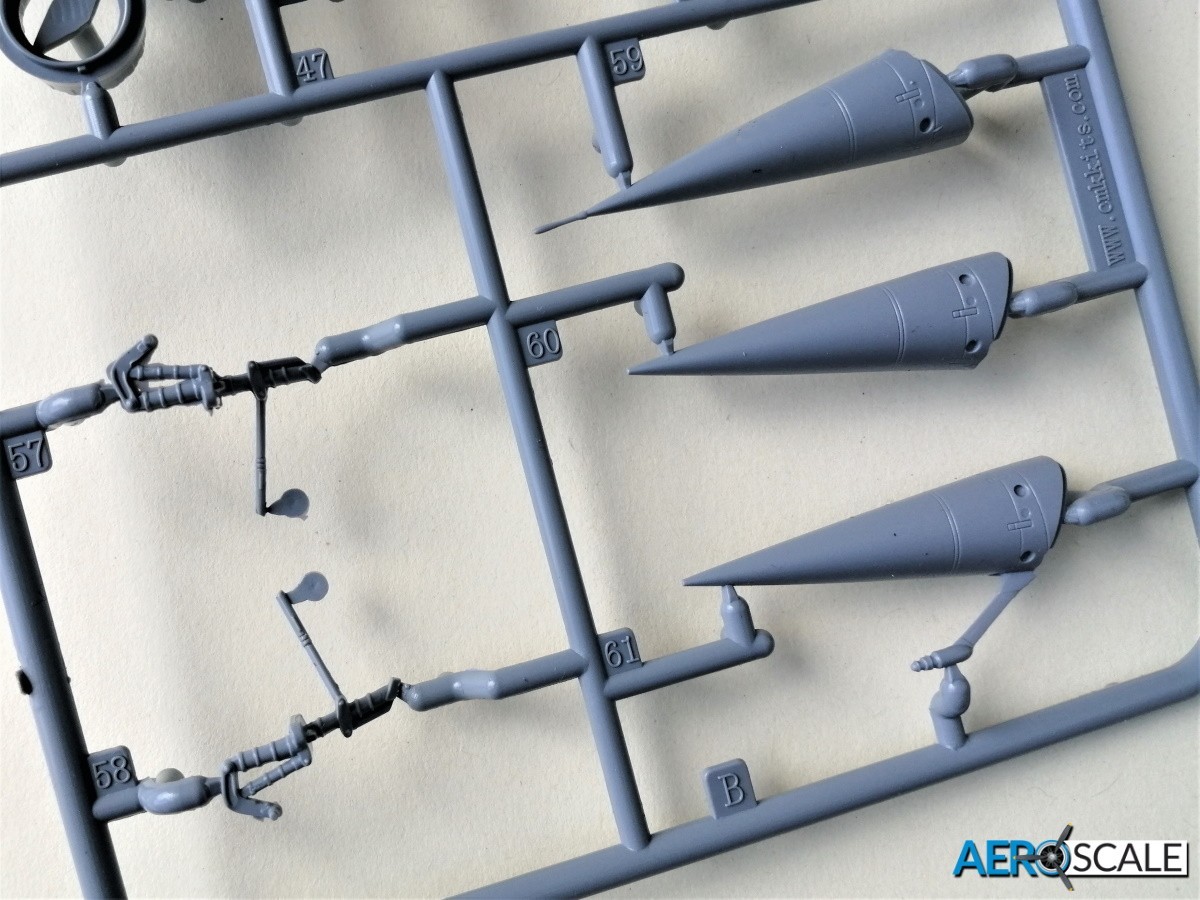 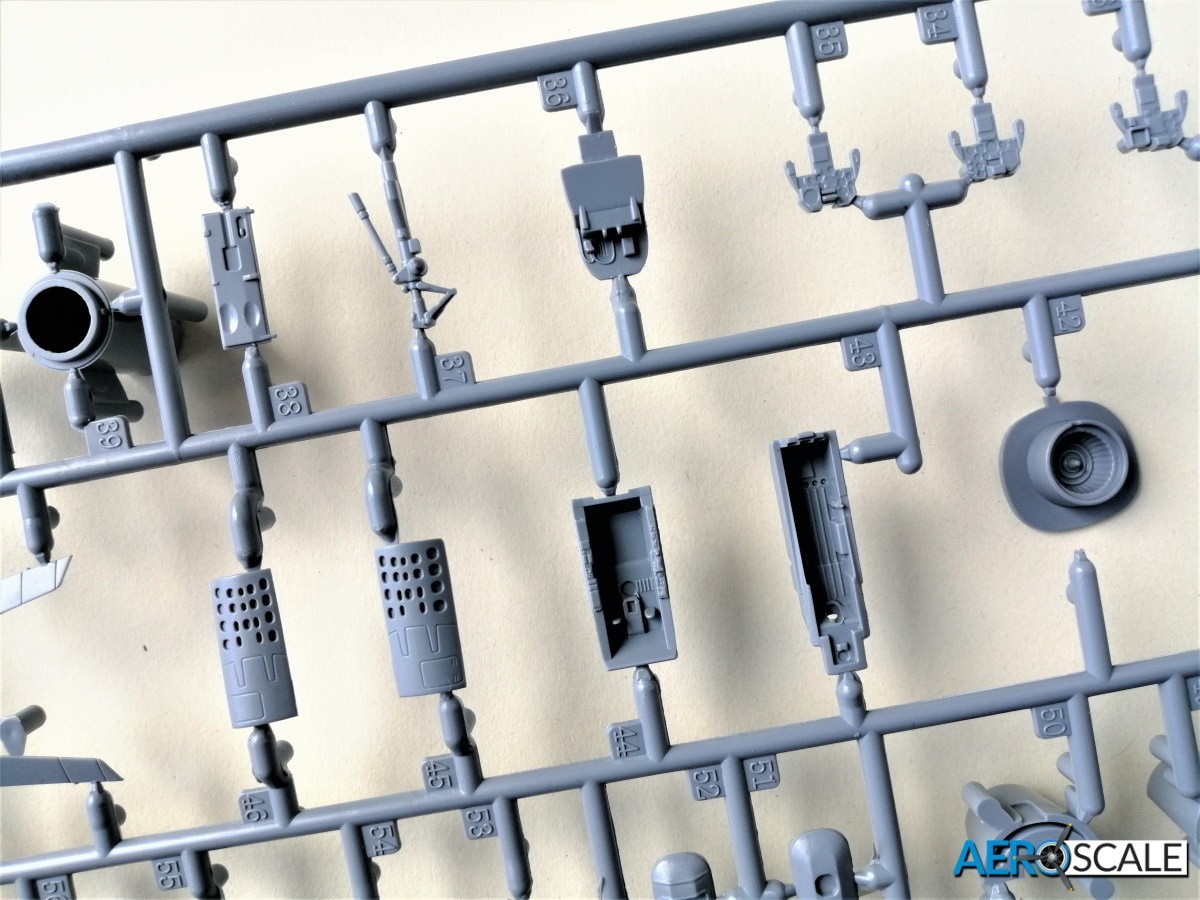 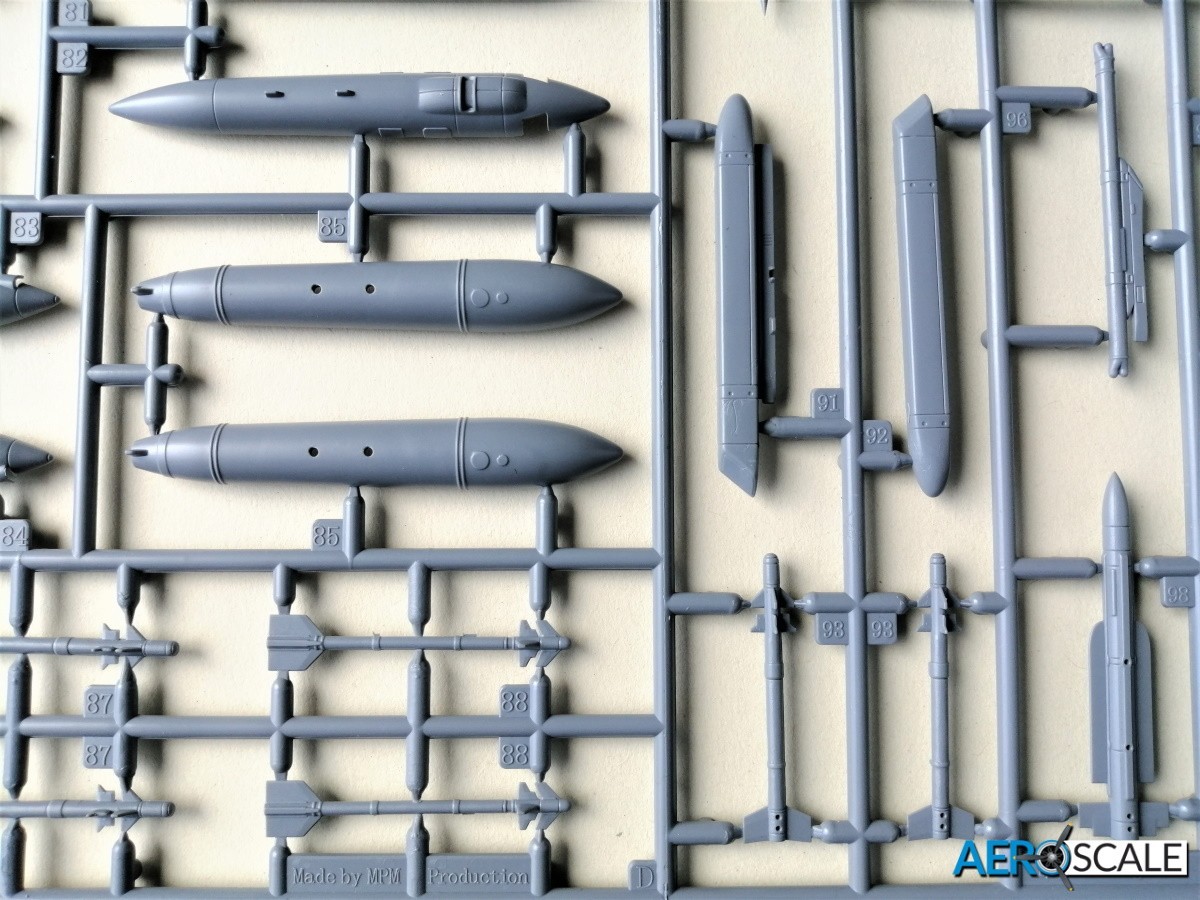 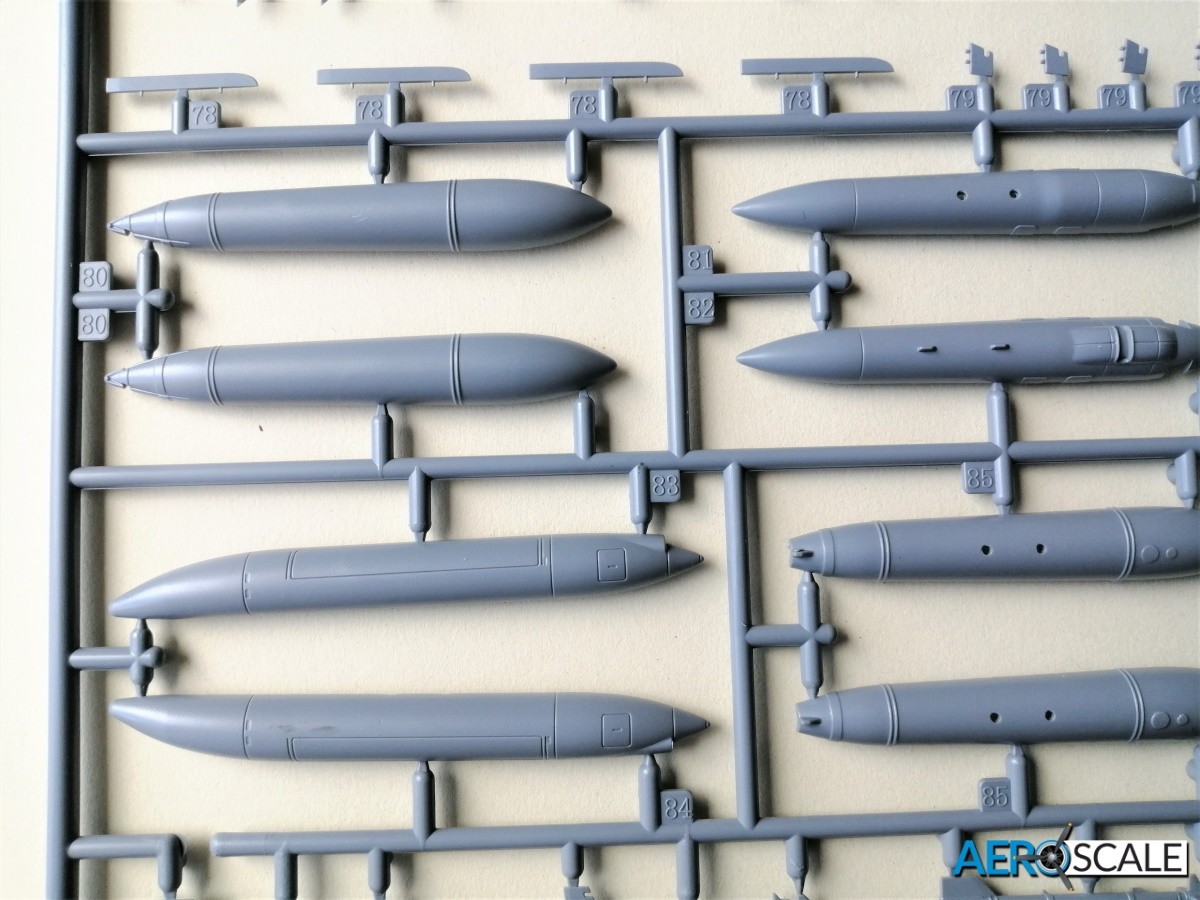