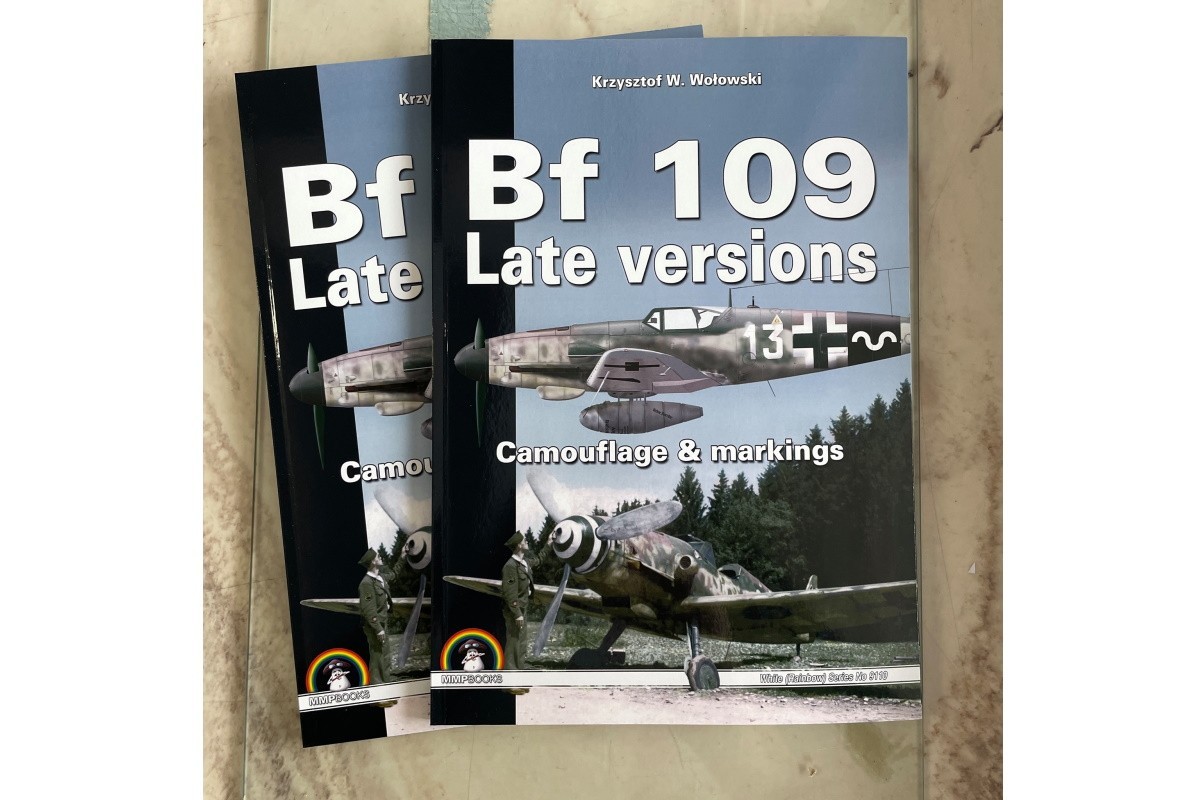 “The next batch of the BF 109 Late Version Camouflage & Markings reprint is available. Don't be late and complete your library”…………..MMP

This book describes and illustrates the late versions of the Bf 109 with long tail during WW2. Covering the late Bf 109 G and K variants, the camouflage and markings of these aircraft are described and illustrated in great detail. Fully illustrated with many rare wartime photos, and scale plans of the version's differences. Full colour profiles of many representative aircraft.