JPTRR
Editor
posted on 7 months ago — updated on 7 months ago
926
views
One of the iconic warplanes of WW2, especially in the Pacific, the B-25 Mitchell. This walk-around features over 200 photos inside and outside. 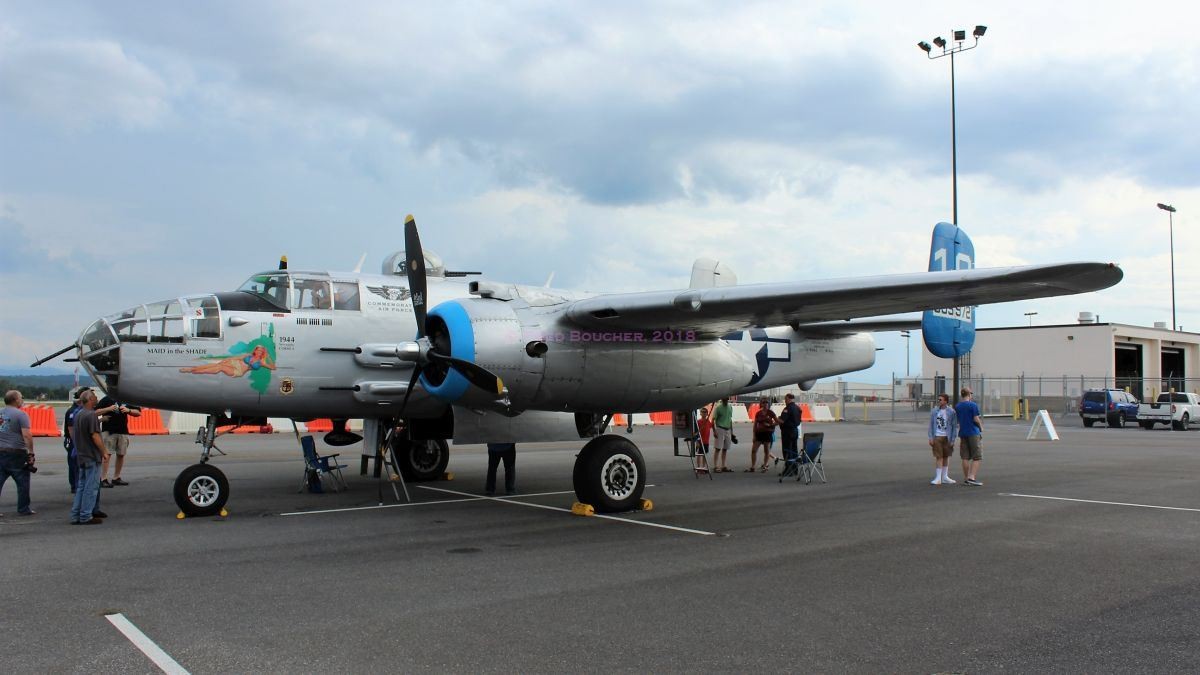 Maid in the Shade

CAF restored her in 43-35972's original combat markings although the nose art and name are a CAF creation. Inside the bomb bay doors are the signatures of dozens of Allied military personnel, including two Doolittle Raiders!