Attack Aircraft of the US Navy and Marine Corps 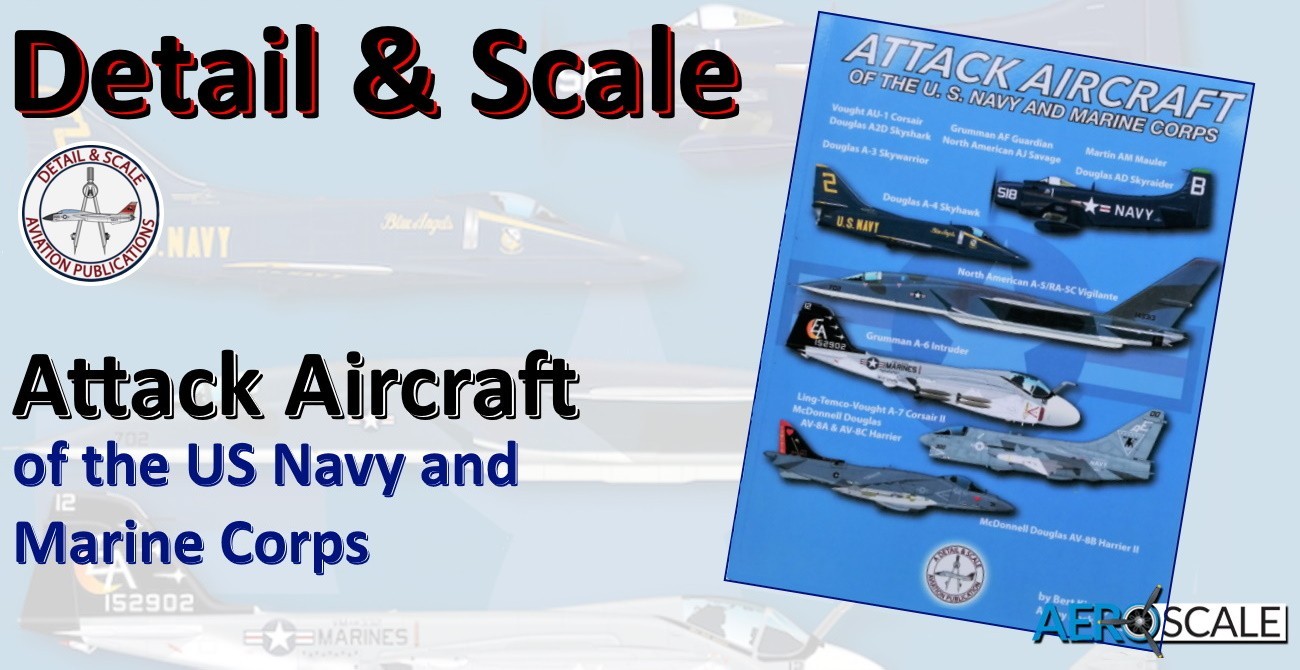 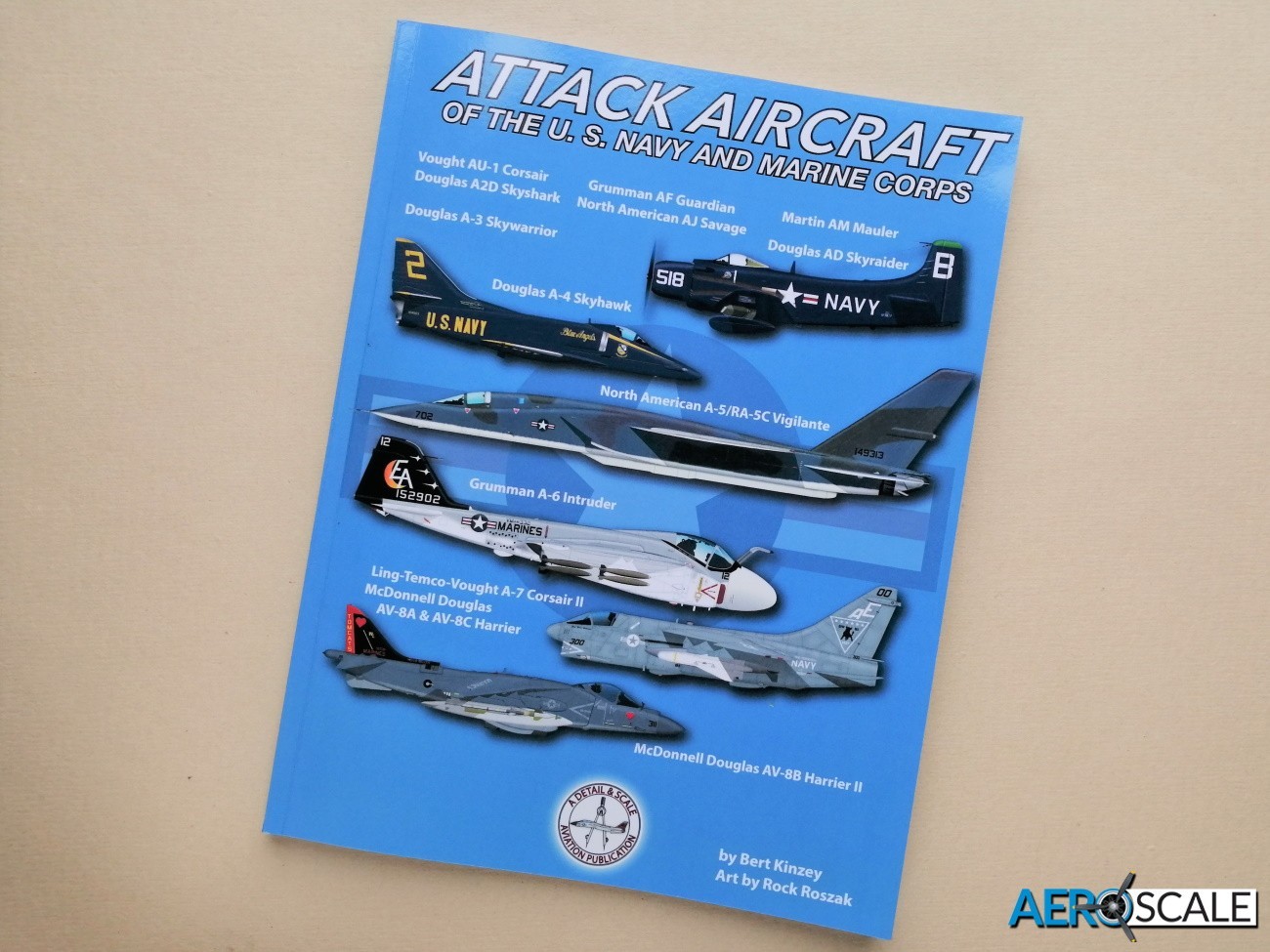 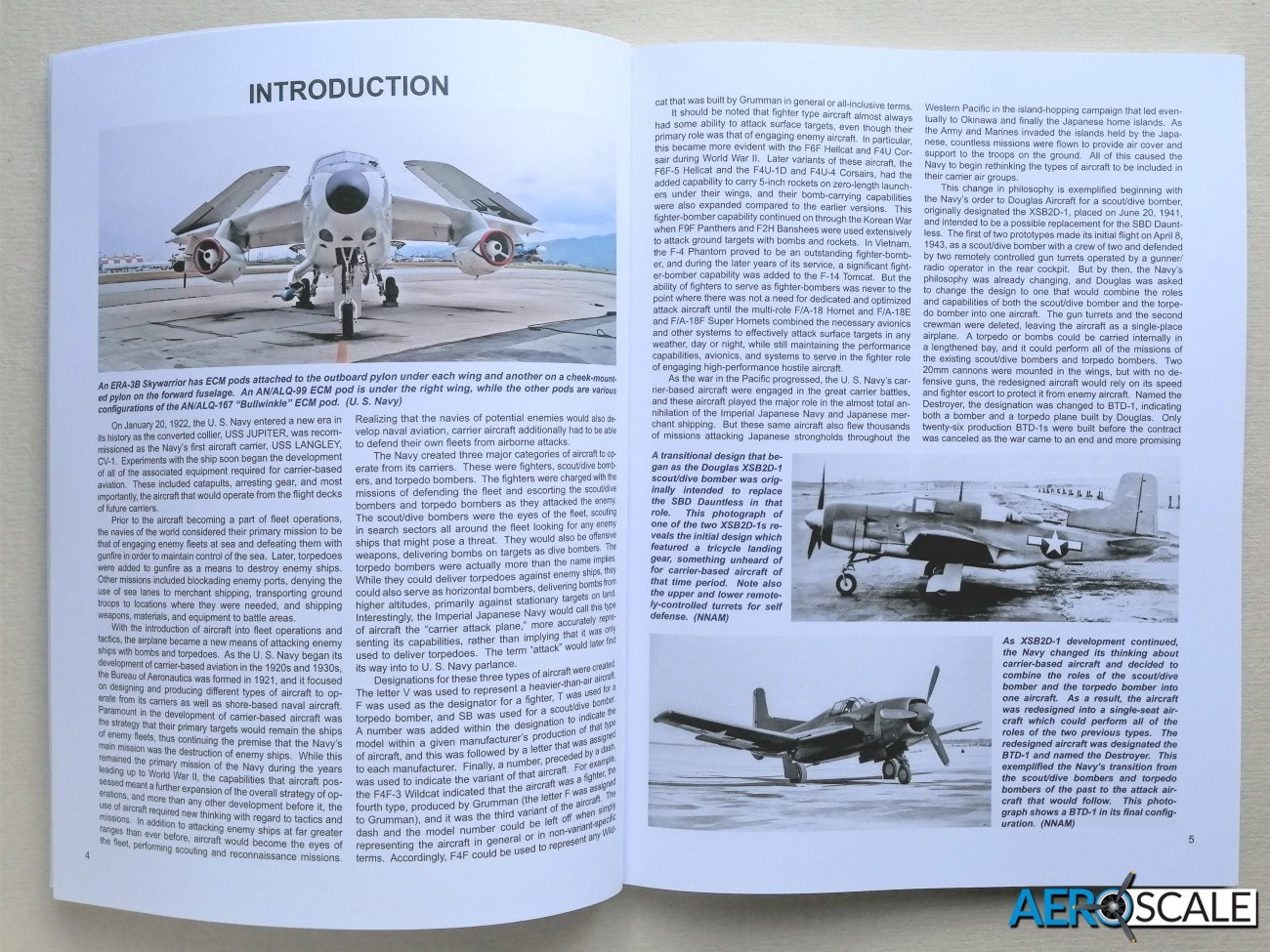 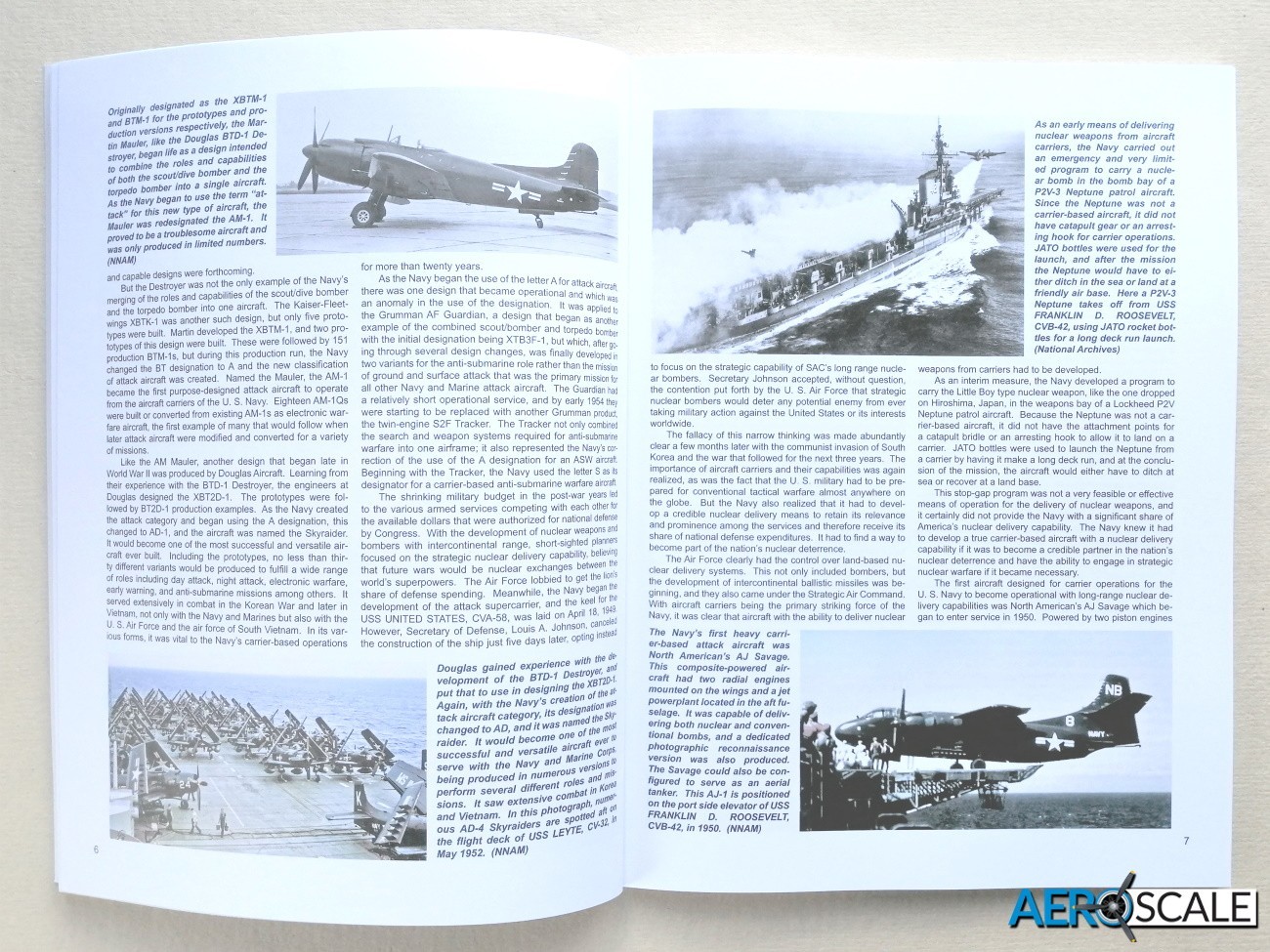 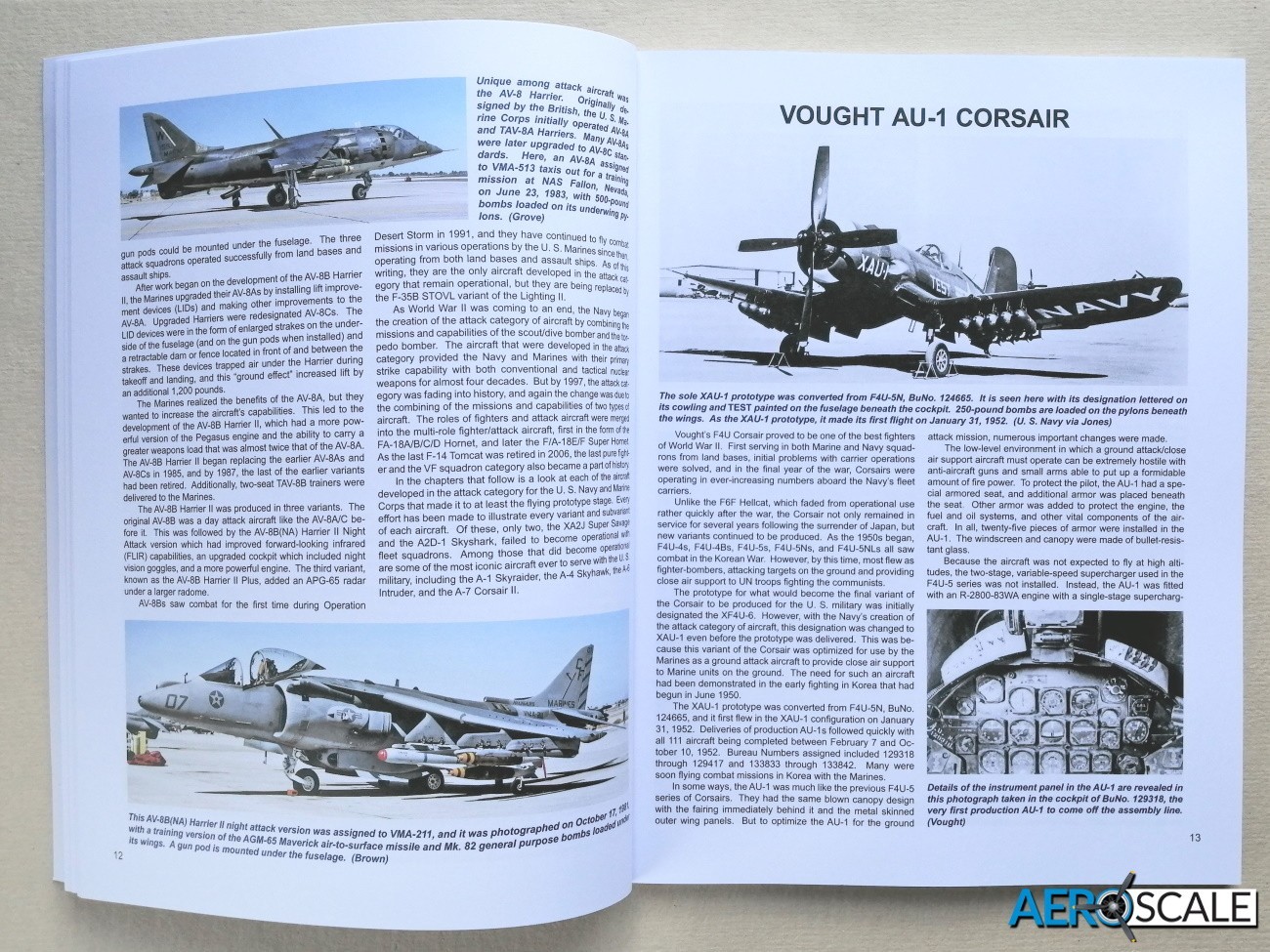 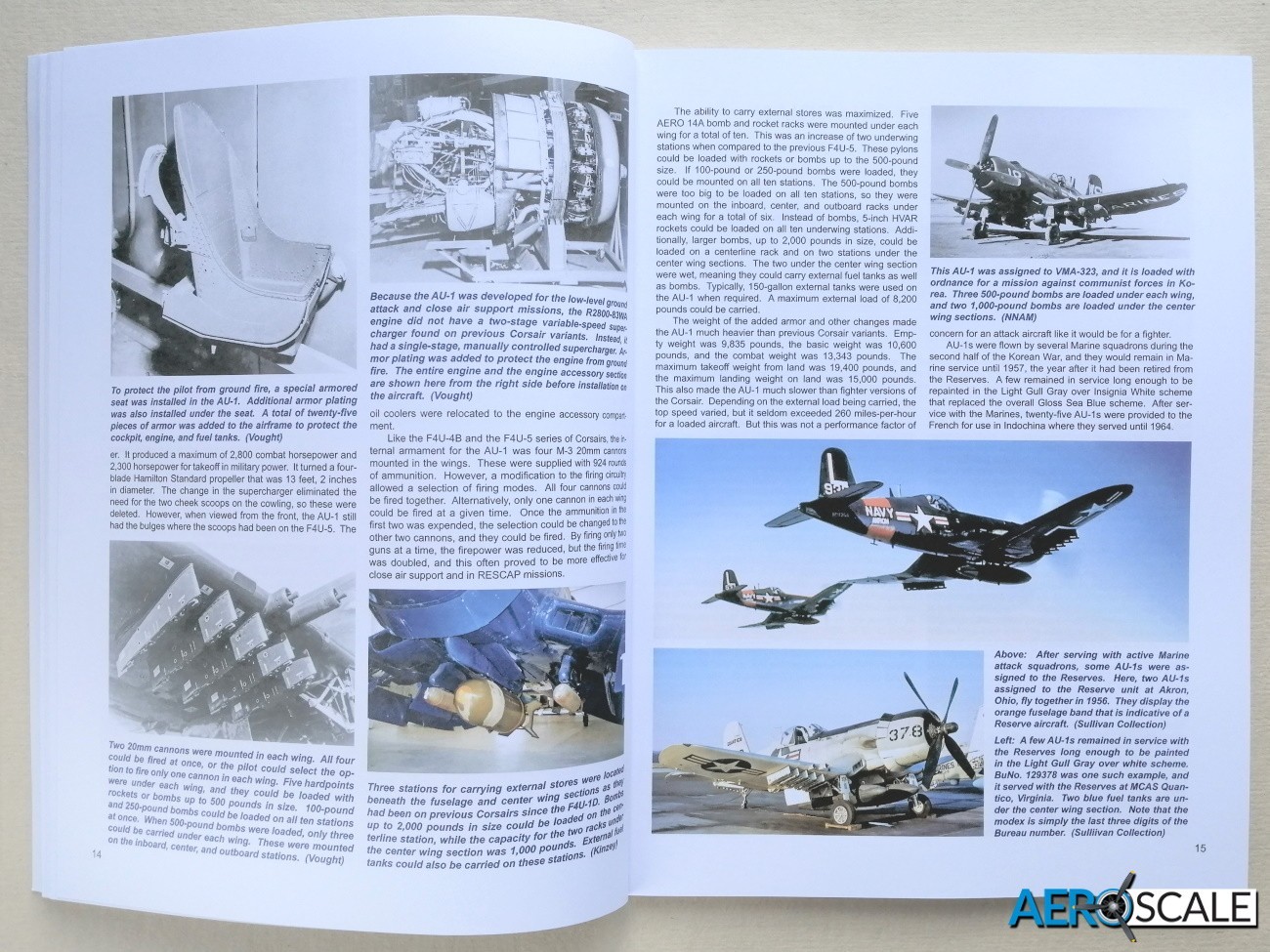 Familiar and maybe not so familiar types of aircraft covered include: 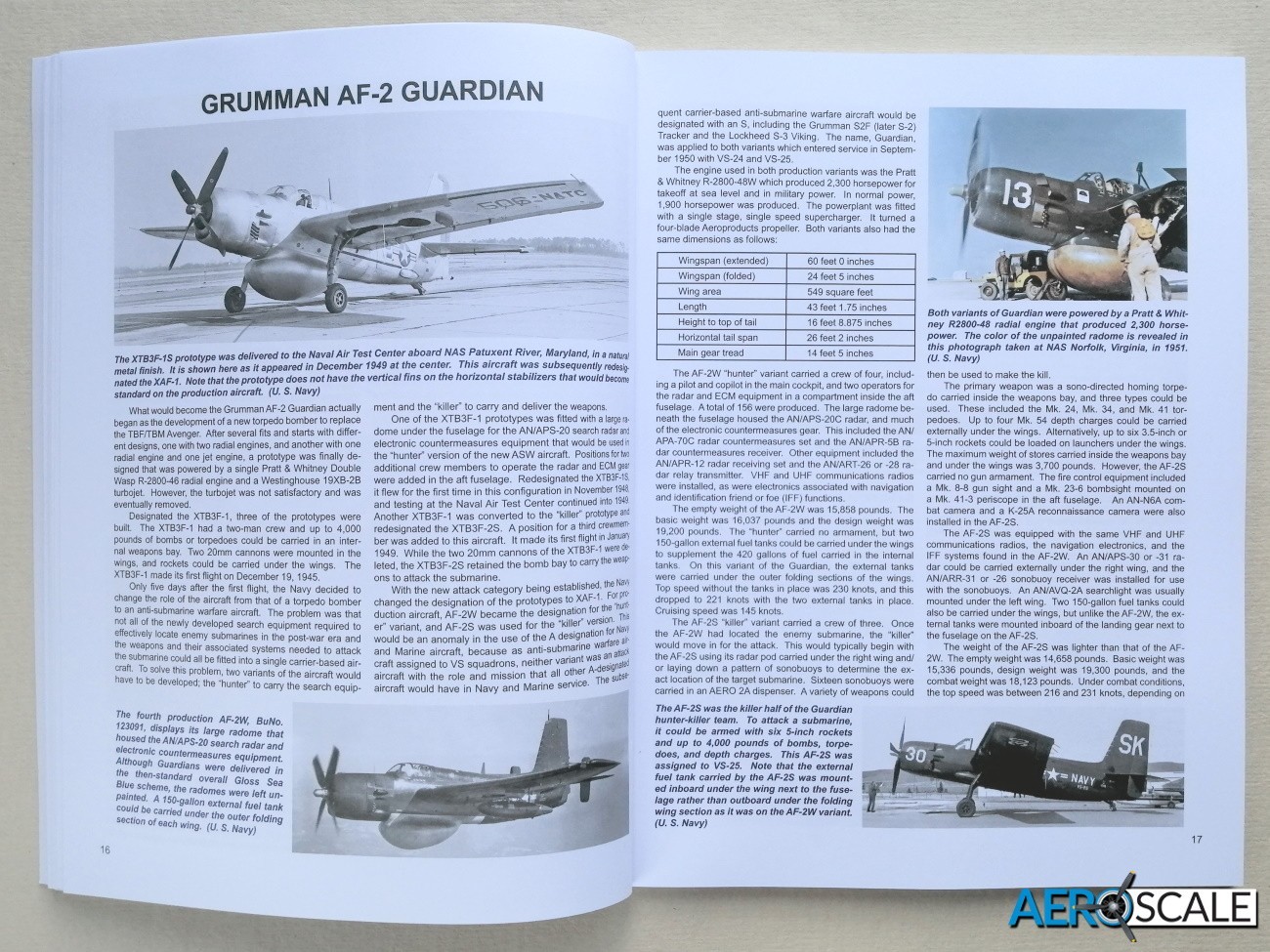 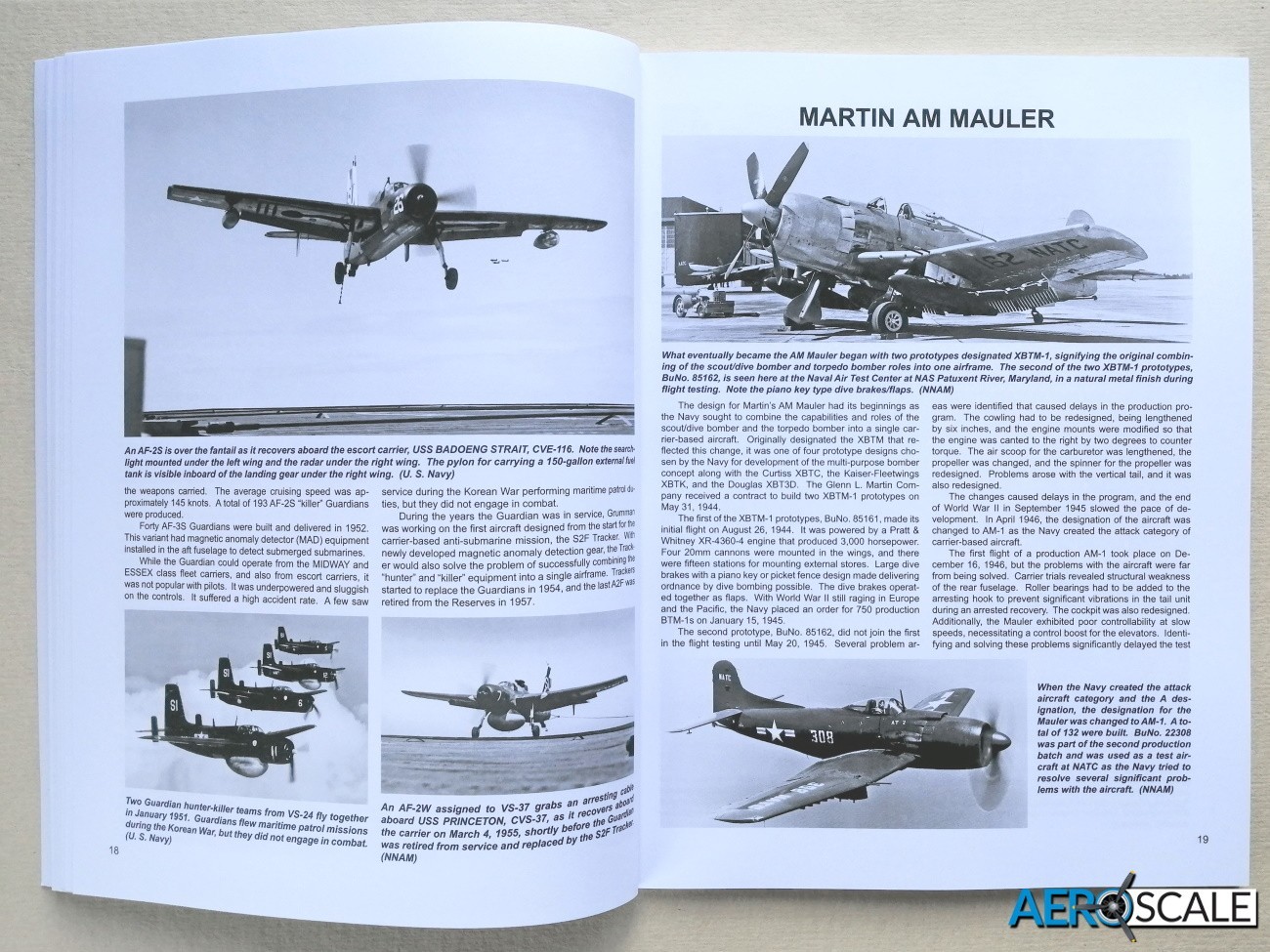 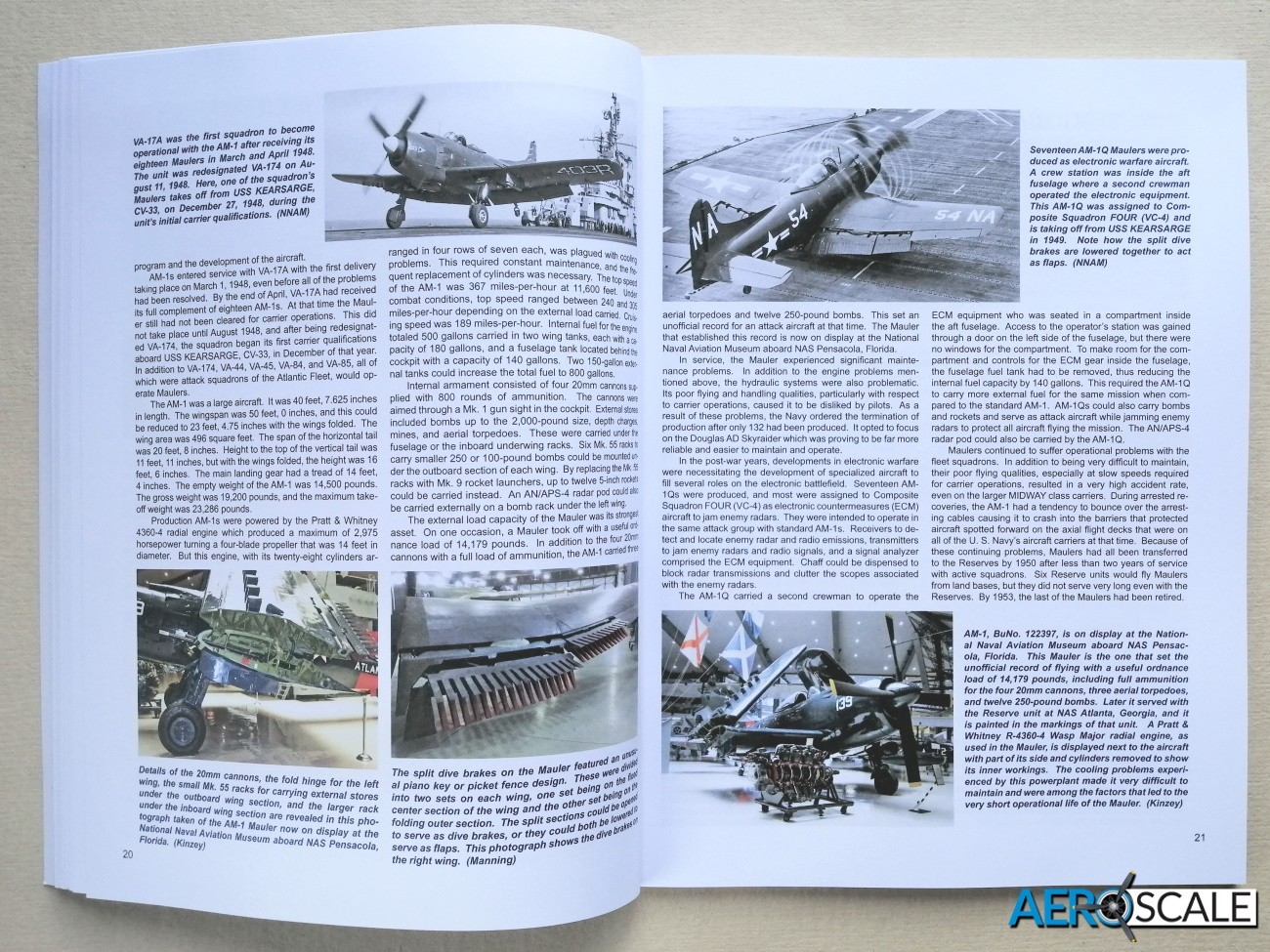 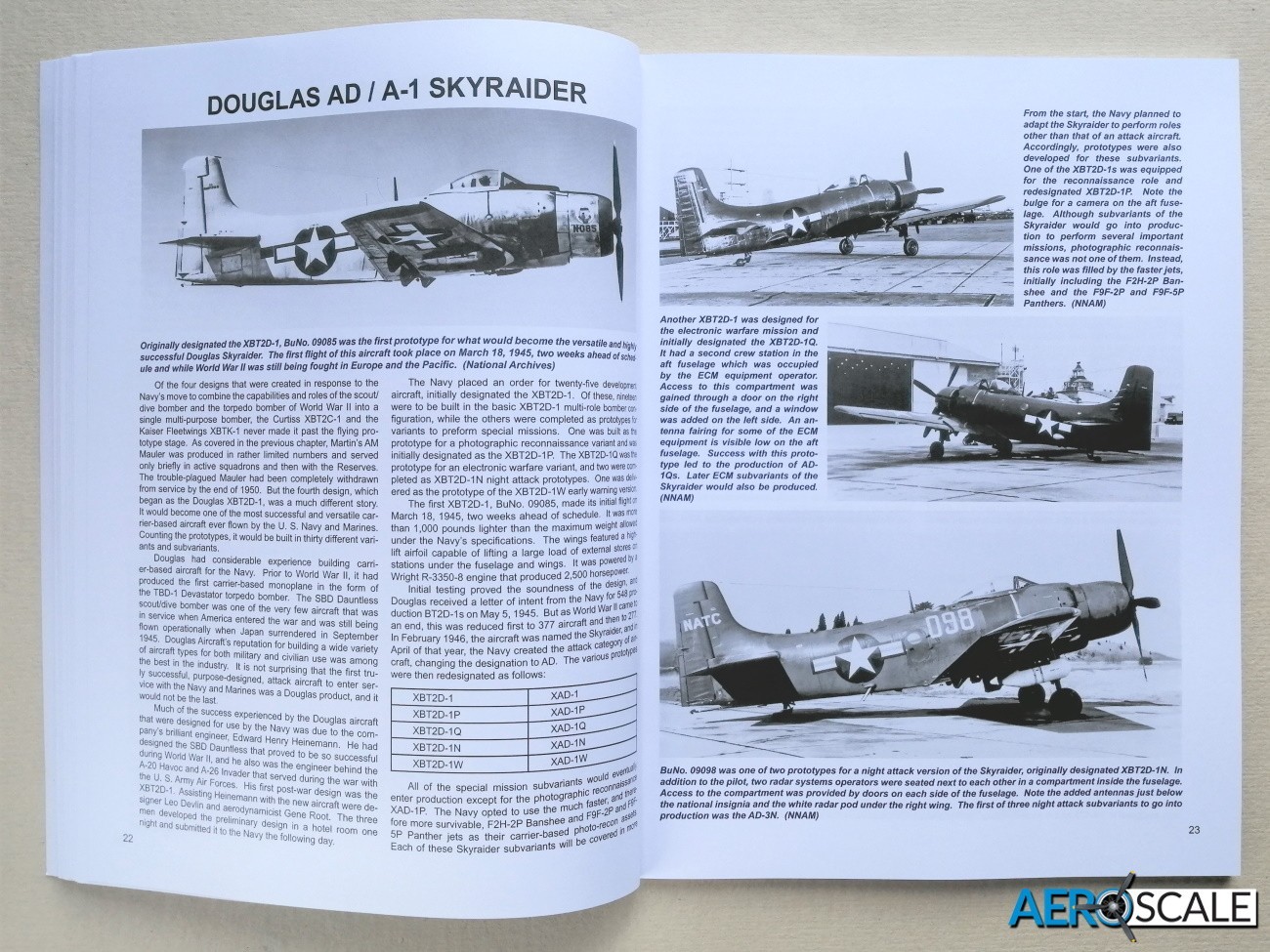 In the introduction the author discusses the reasoning for the US Navy and Marine Corps incorporation of the ‘A’ Attack designation. It was a reflection of the change of emphasis of the previous role of the shipboard fighters and scout/bomber aircraft. These were originally designed to defend the fleet and to attack the enemy fleet. Attack aircraft were to encompass a more flexible role, as was the case with the conflicts in Korea and Vietnam. The Navy was interested in having the capability of delivering conventional and nuclear ordnance utilising both light and heavy weight carrier aircraft. As a result, Attack aircraft also had to be capable of carrying nuclear weapons. This ultimately led to the supersonic A-5 Vigilante. As it turned out the responsibility for the delivery of strategic nuclear warheads fell to the USAF and the US Navy’s submarine fleet. So, all in all the change of emphasis of the US airborne carrier borne fleet threw up some very interesting types. 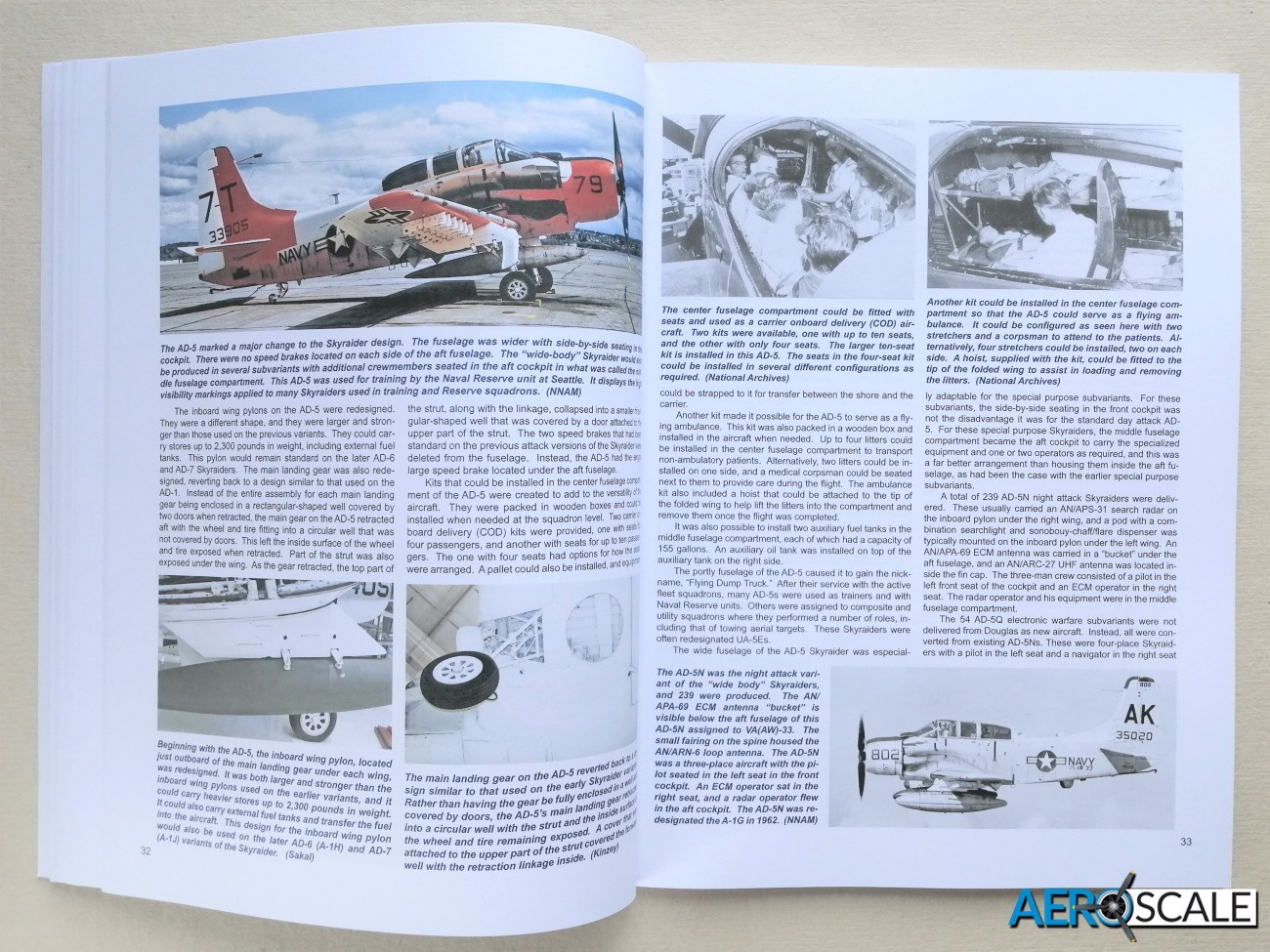 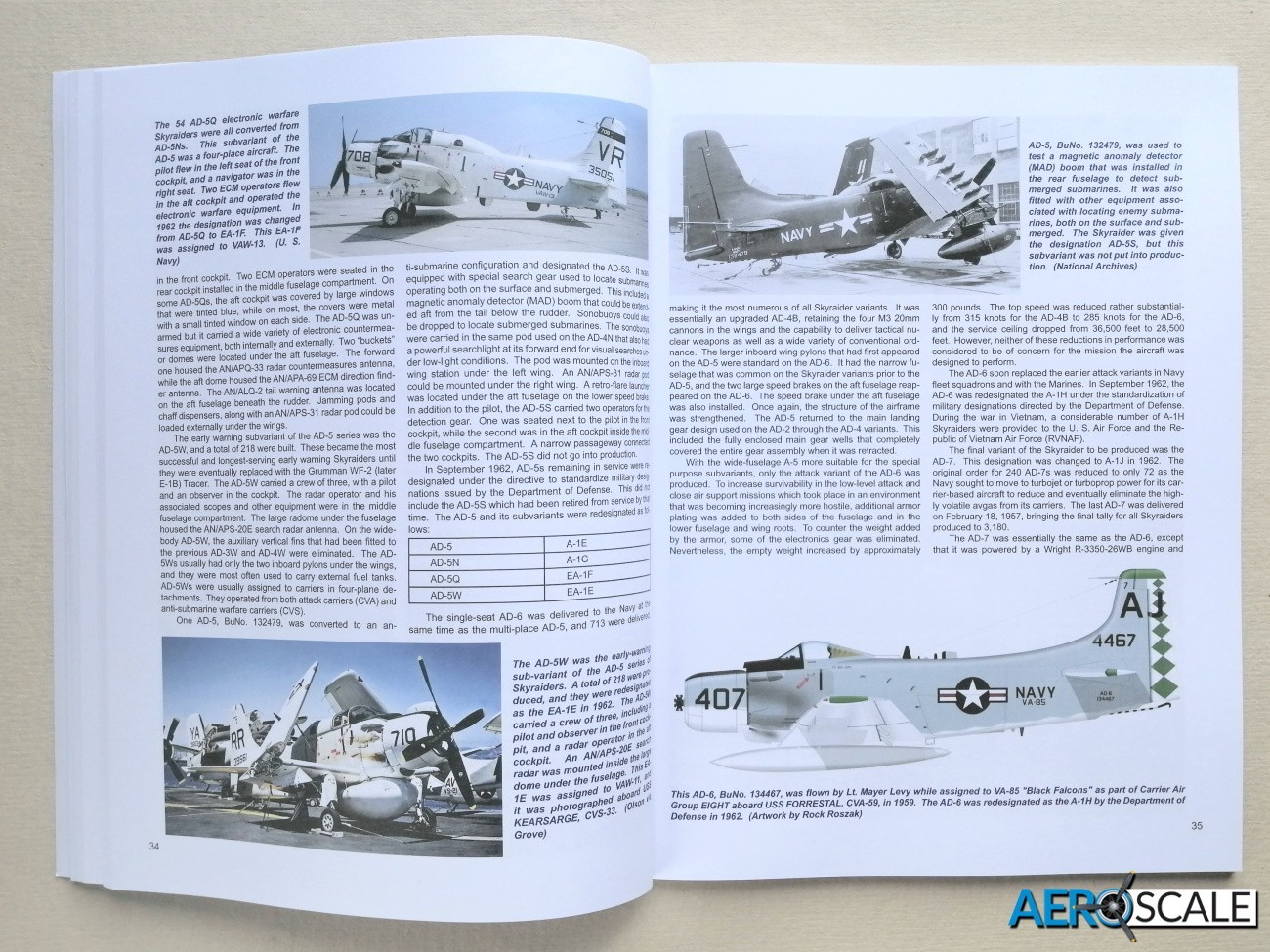 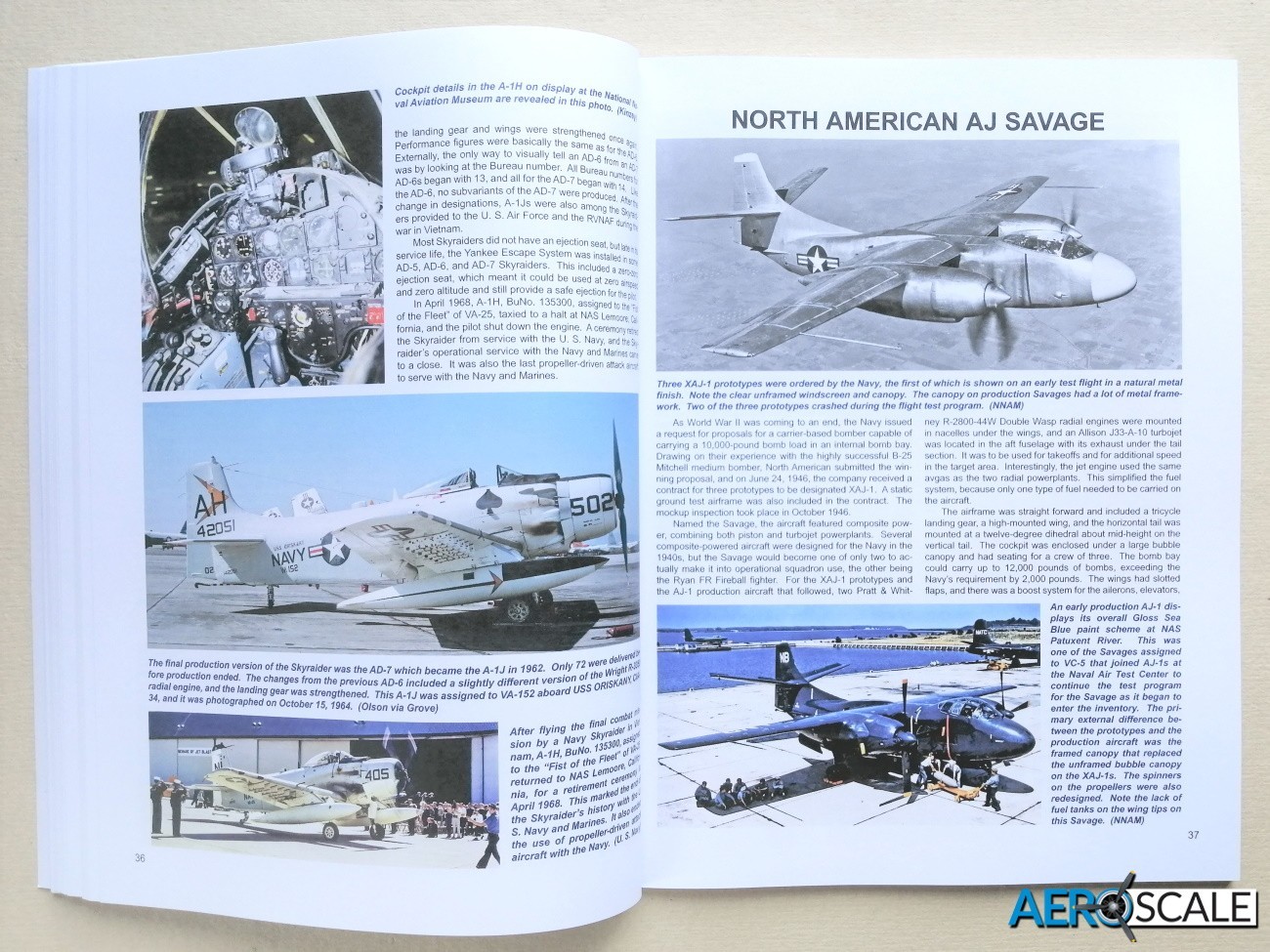 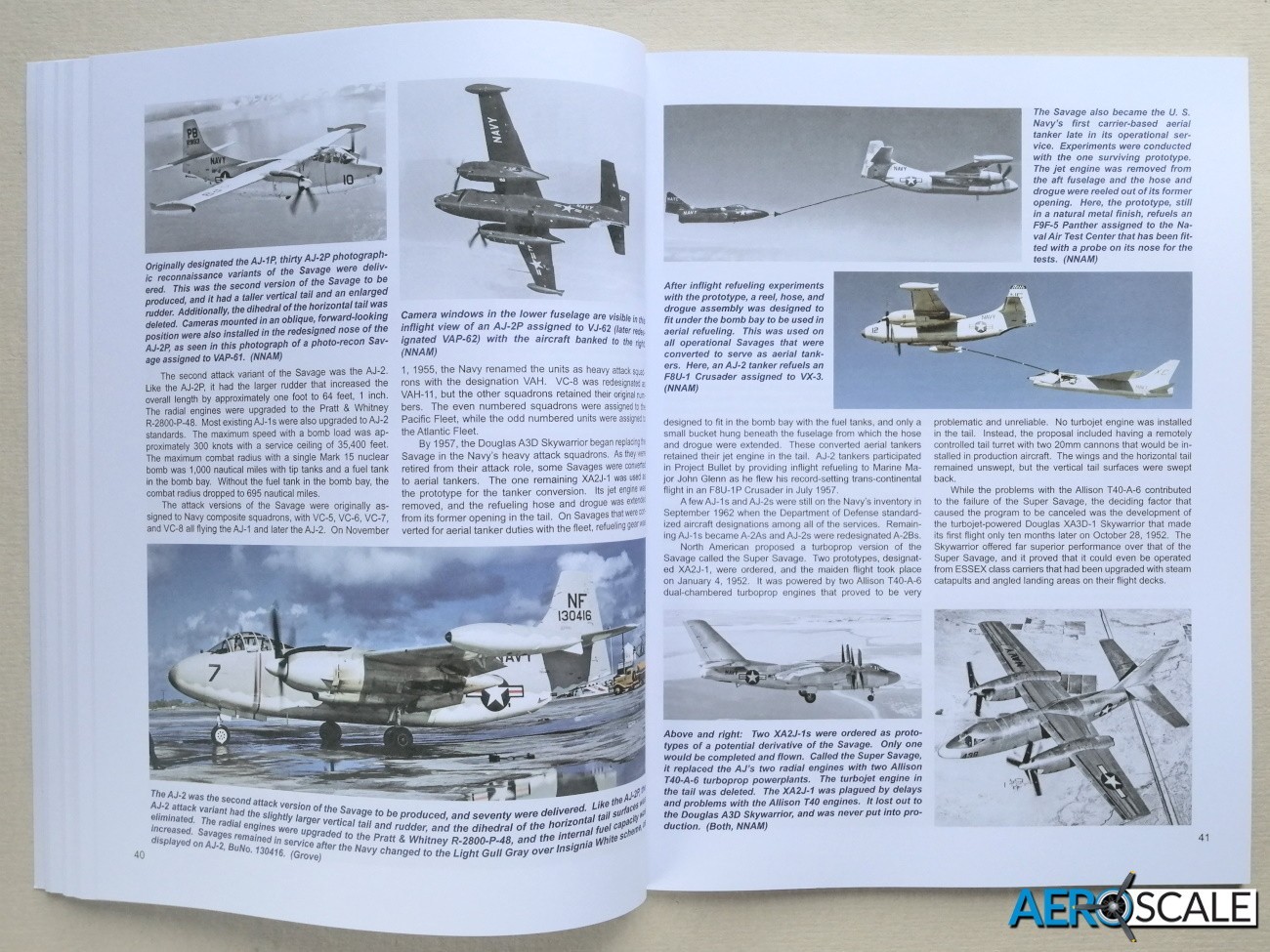 Each type has a detailed history from role requirements and specifications to development and service career. Some chapters are obviously shorter than others depending on the success and longevity of the aircraft. It starts off with a WWII classic warbird: Vought’s F4U Corsair and ends with the McDonnell Douglas AV-8B Harrier II. 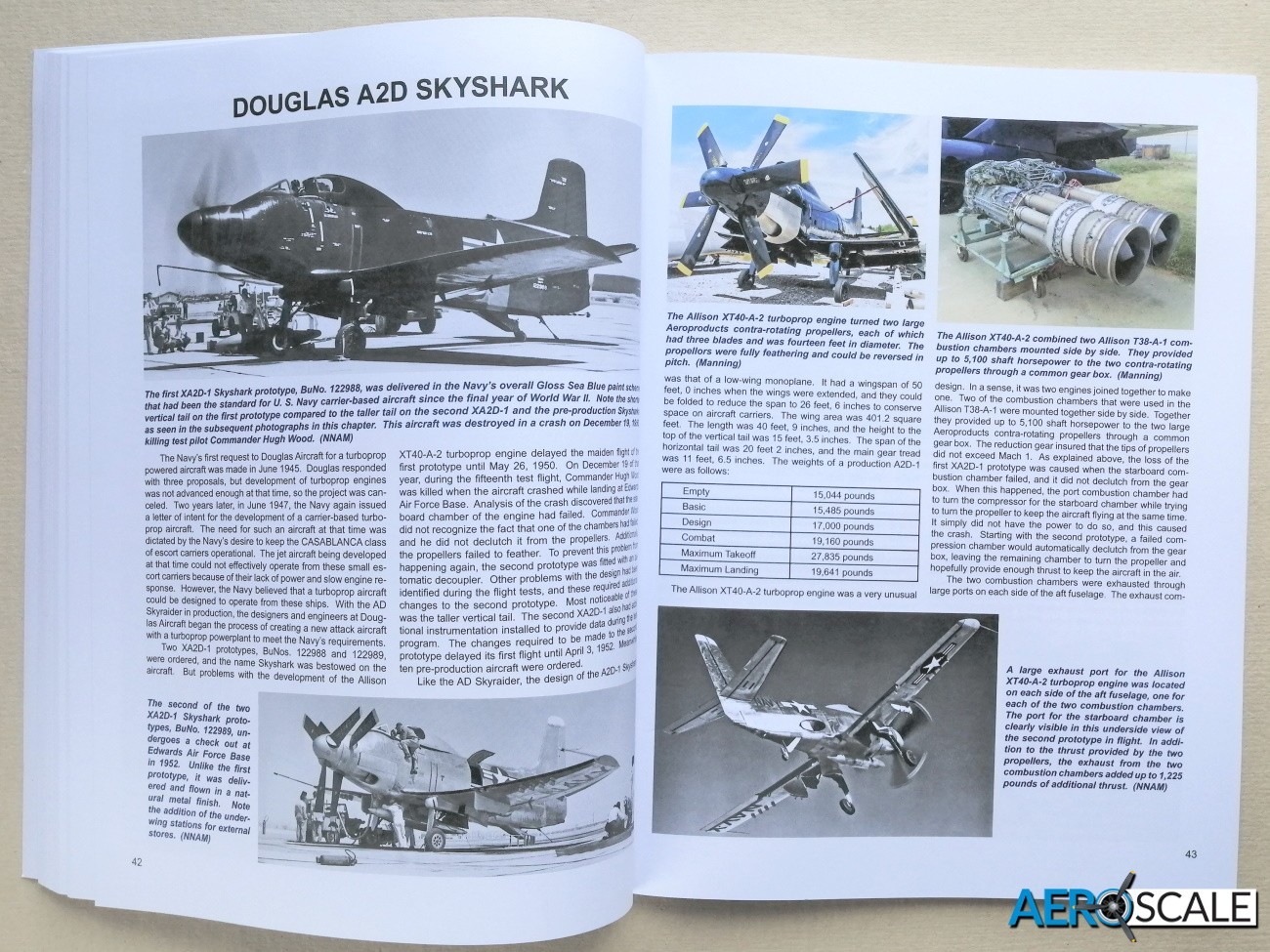 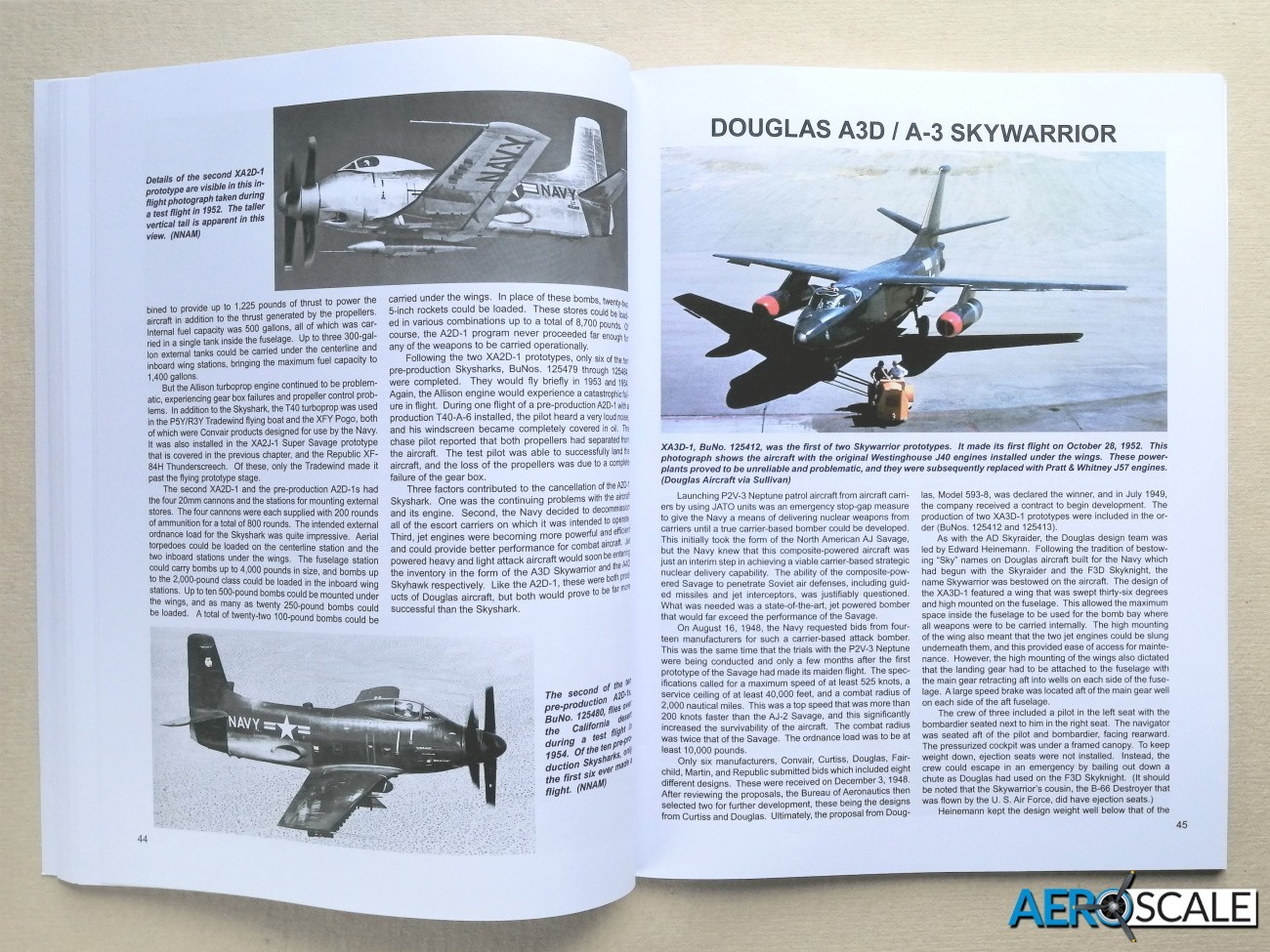 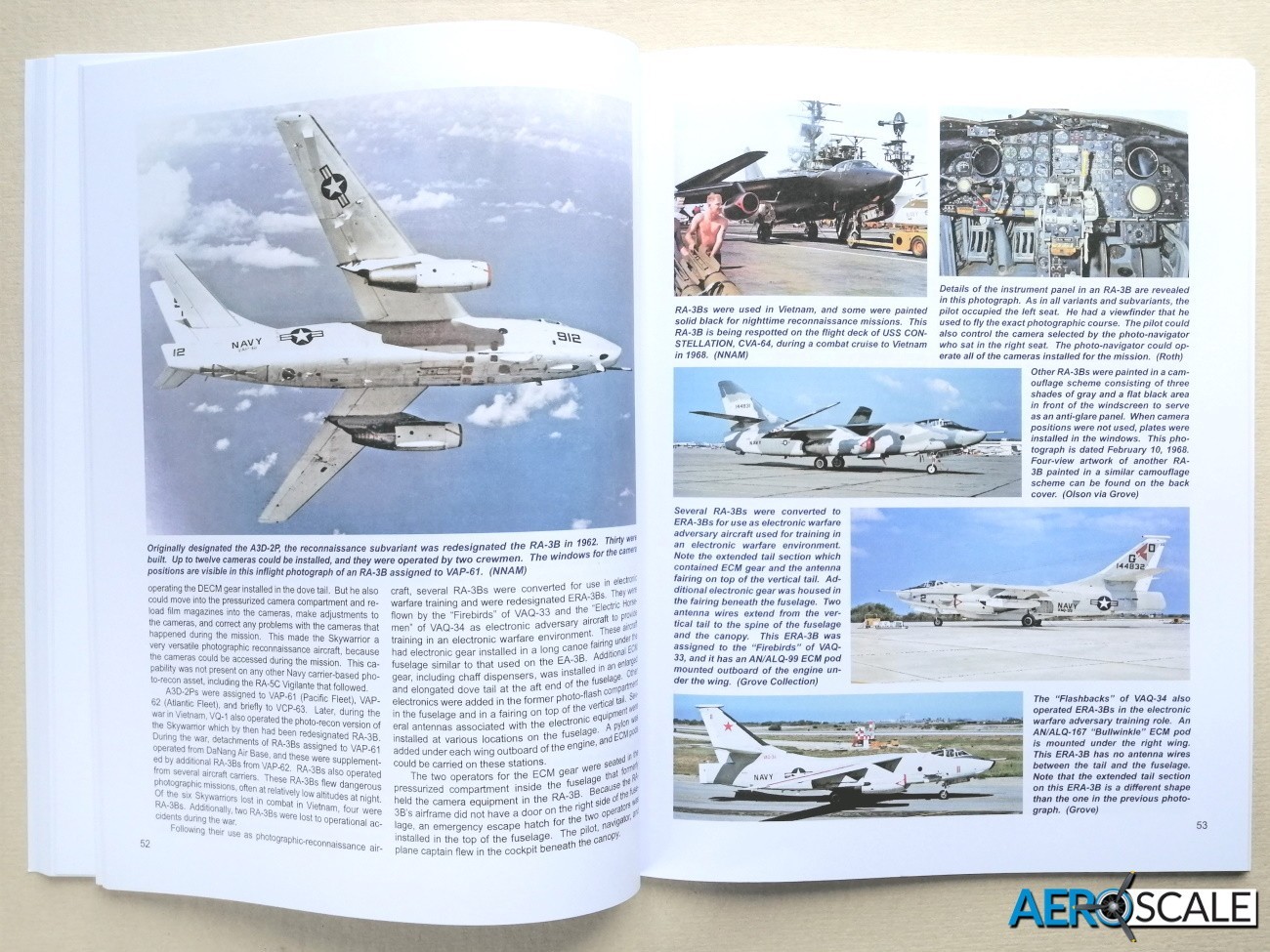 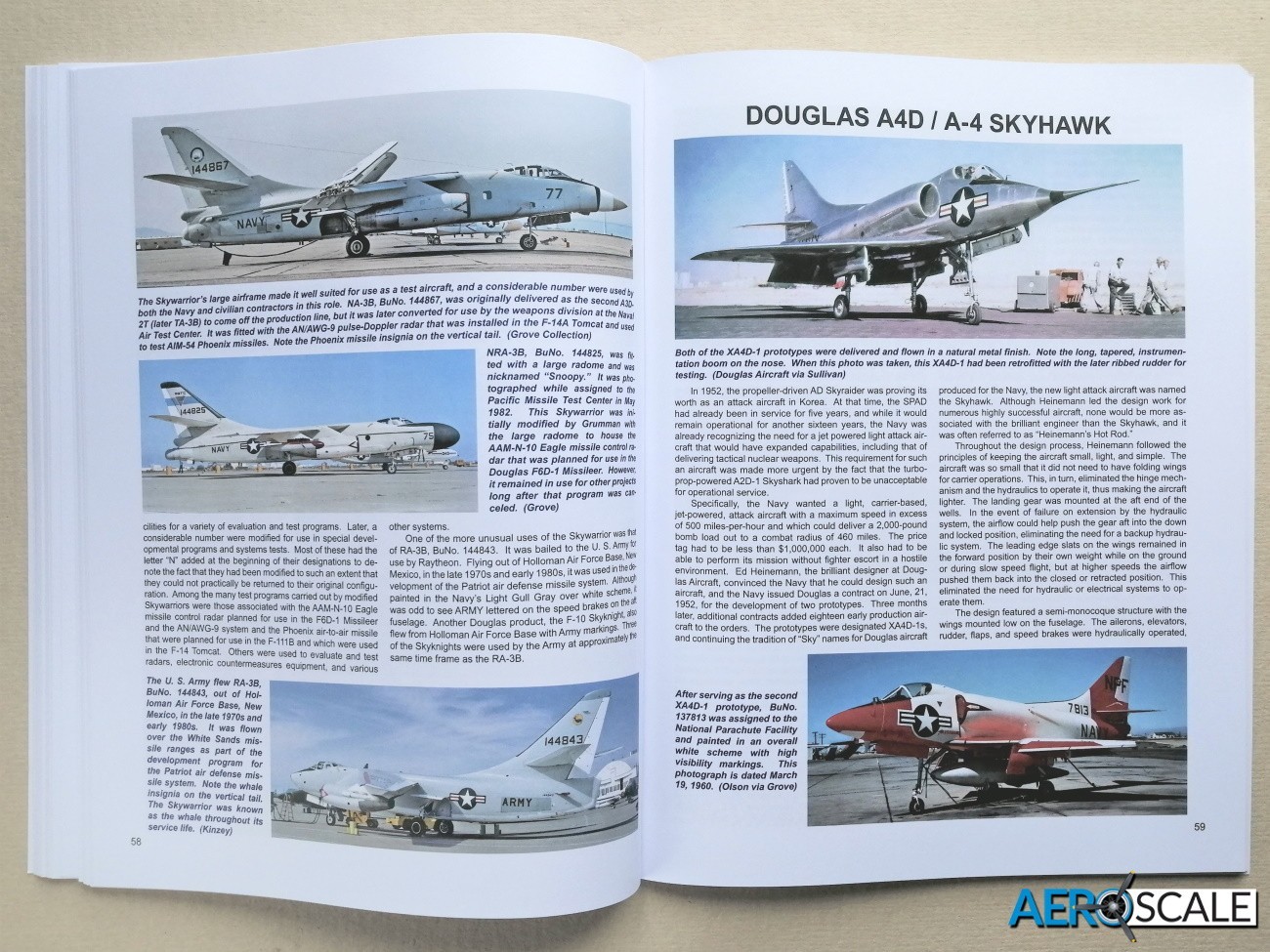 The book is profusely illustrated with many photographs. 235 photos in all, with 168 in colour. Detail & Scale has a significant team of contributors providing many of the photographs. There are also some images from the manufacturers, US Navy, National Naval Aviation Museum and the National Archive. Included  are eleven profiles by Rock Roszak. The images sure do fire up the creative juices and throw up some interesting possibilities. The photos certainly cover all the bases whether it’s the overall look of the aircraft or the details of various parts of the airframe. The text that goes with each image is very informative too. Some of the many highlights include the amount of ordnance the AU-1 Corsair could carry. The adaptability of the airframe of the Skyraider is impressive and it was adapted to fill many roles required on a carrier. It even included  the role of a Carrier Onboard Delivery [COD] system operating as as an airborne taxi or ambulance. The three shades of grey camouflage of the RA-3B Skywarrior is of interest. There is a four-view illustration by Rock Roszak featuring the camouflage on the back page. There is a lovely photo of the natural metal prototype XAD-1 Skyhawk. Weathering on Naval aircraft is always a source of discussion and there are many images showing the various degrees of fading of the paintwork. There is much, much more as you can probably tell from the images with this review. 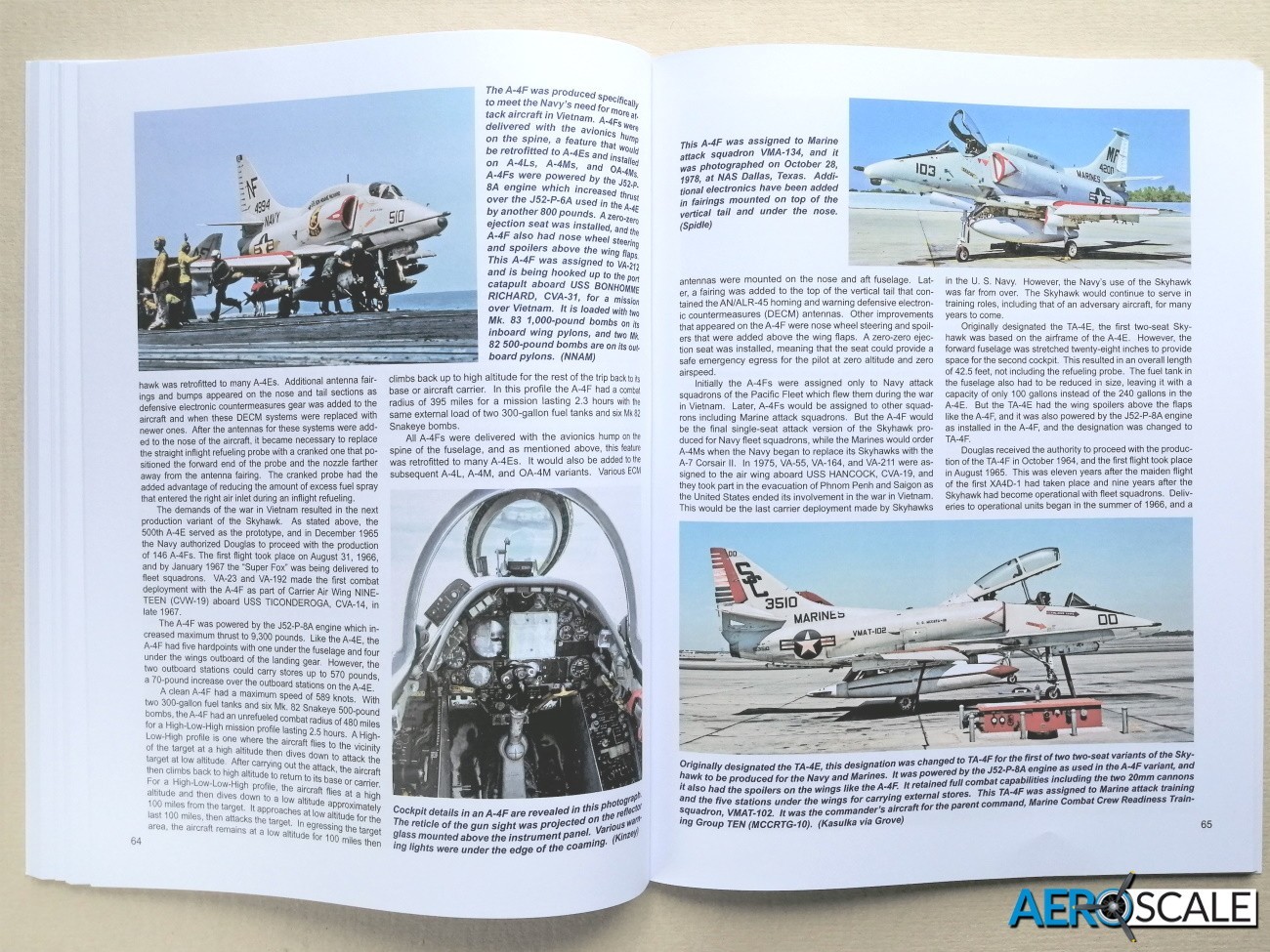 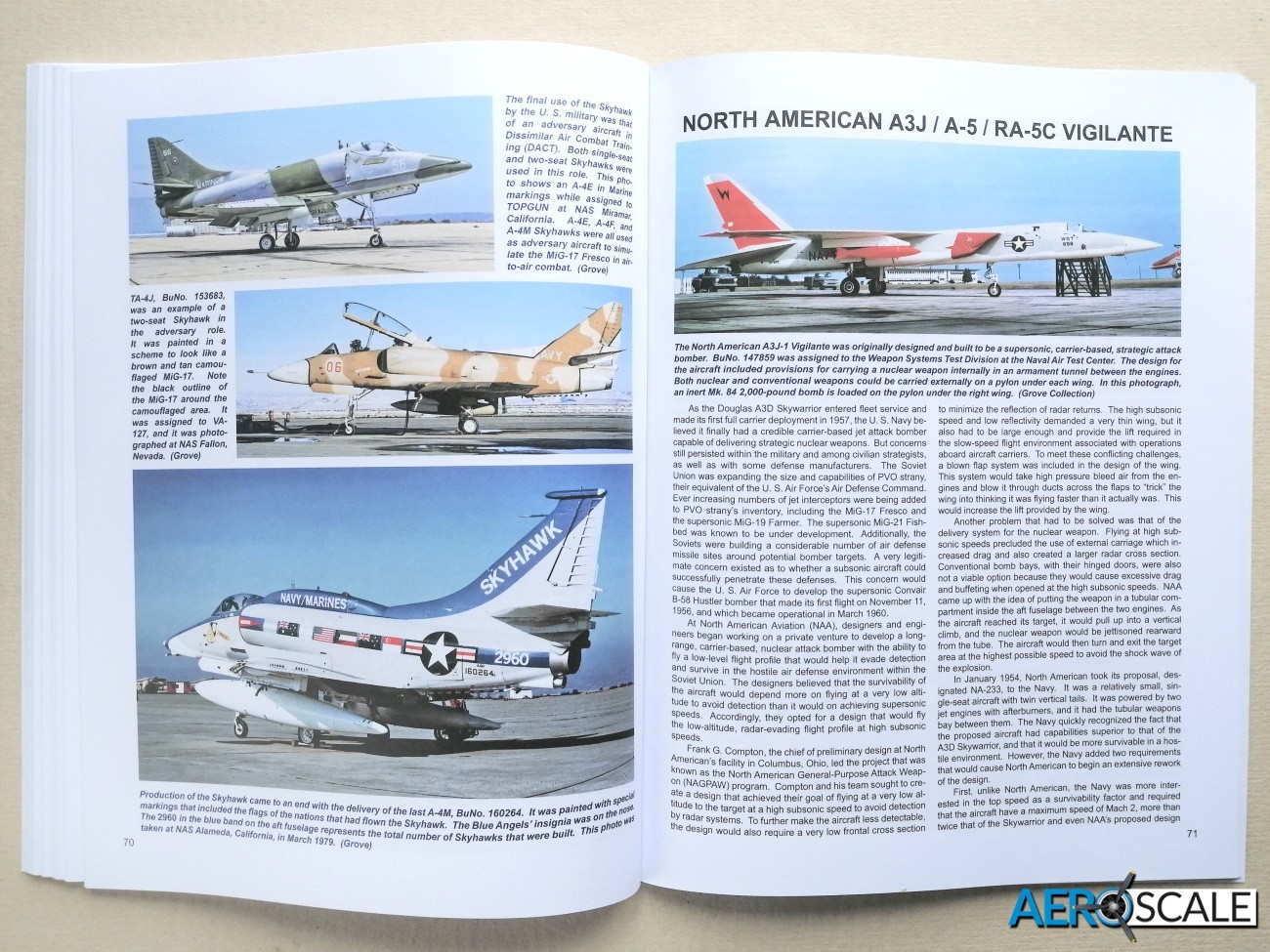 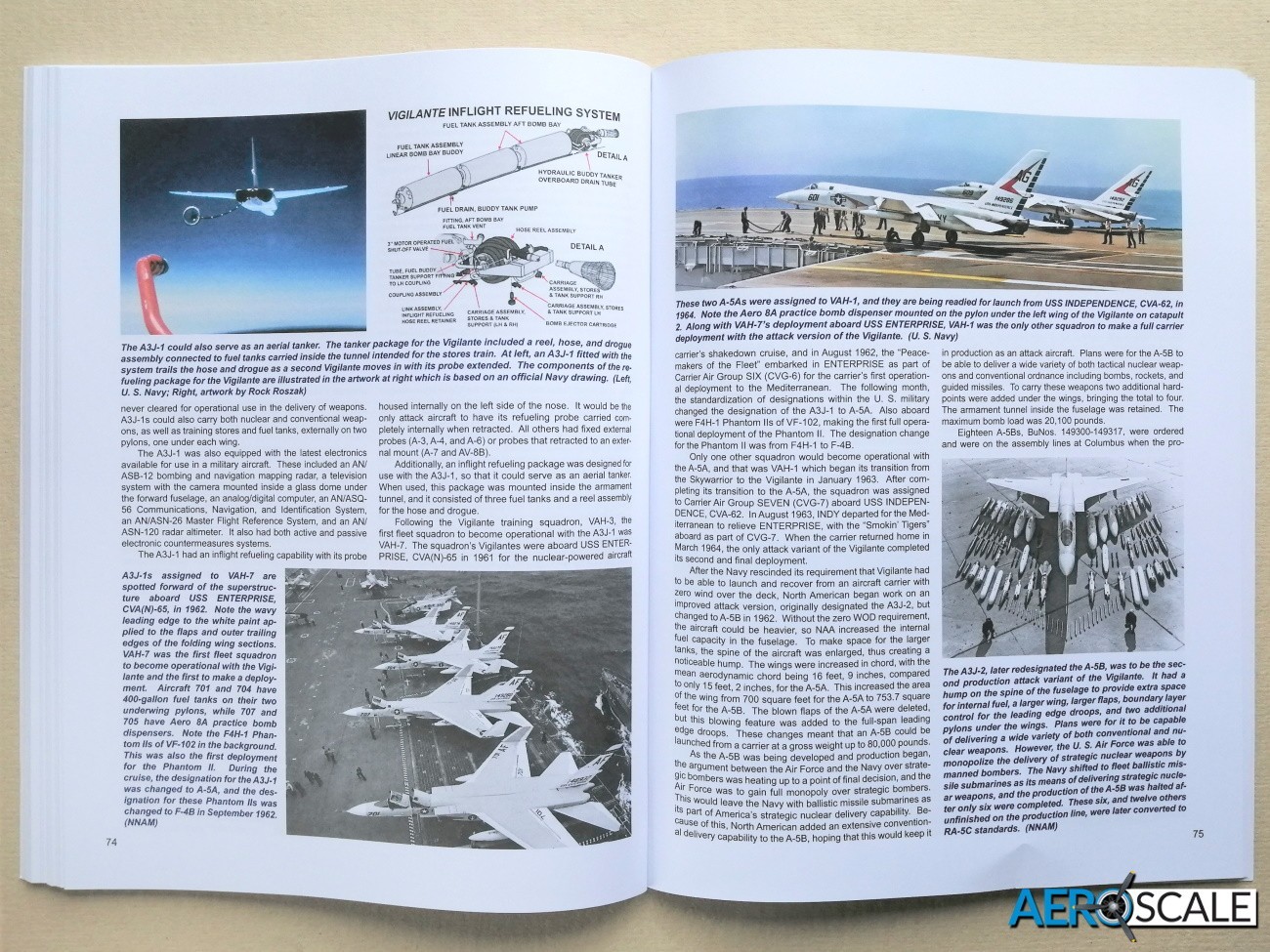 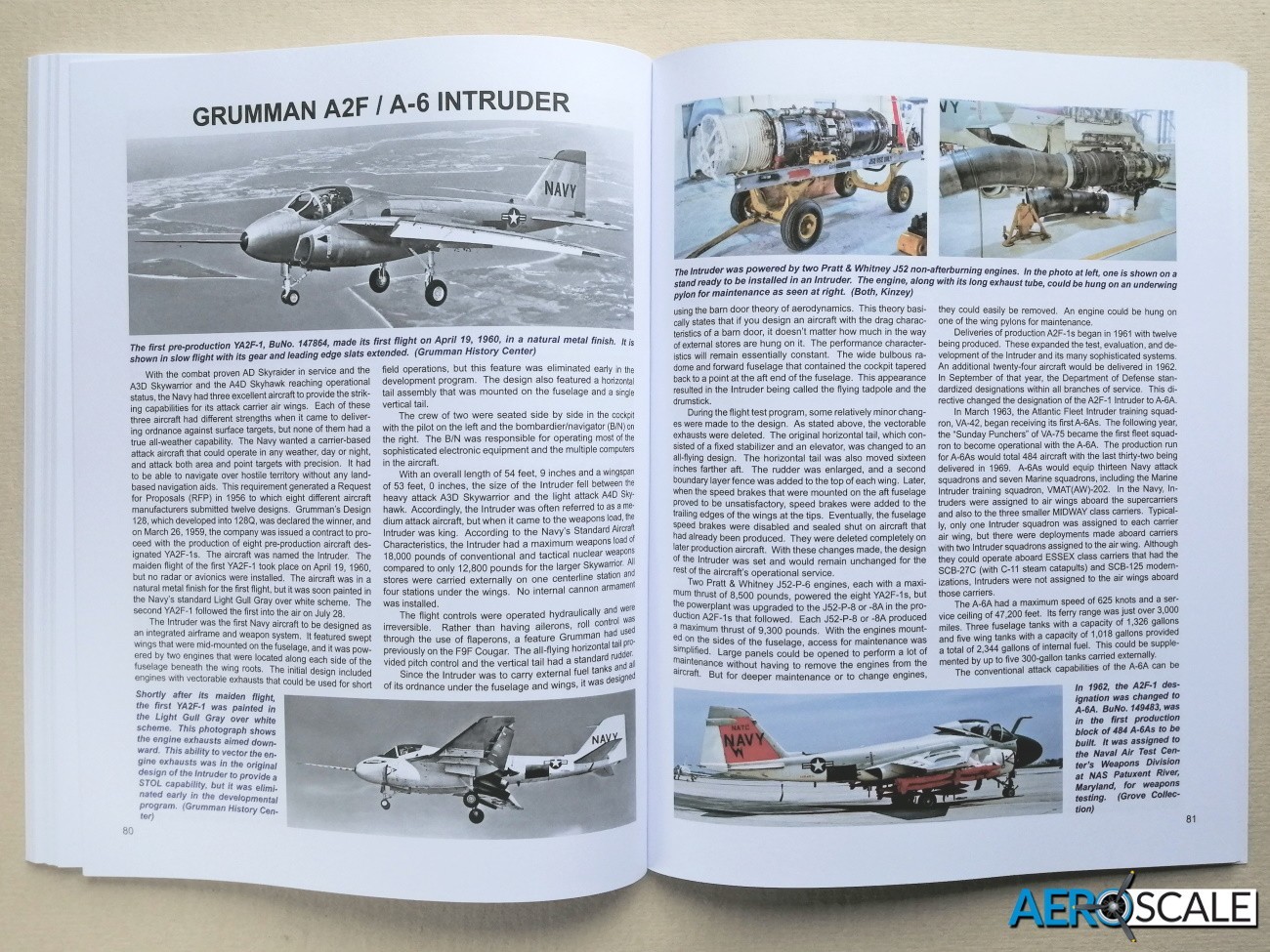 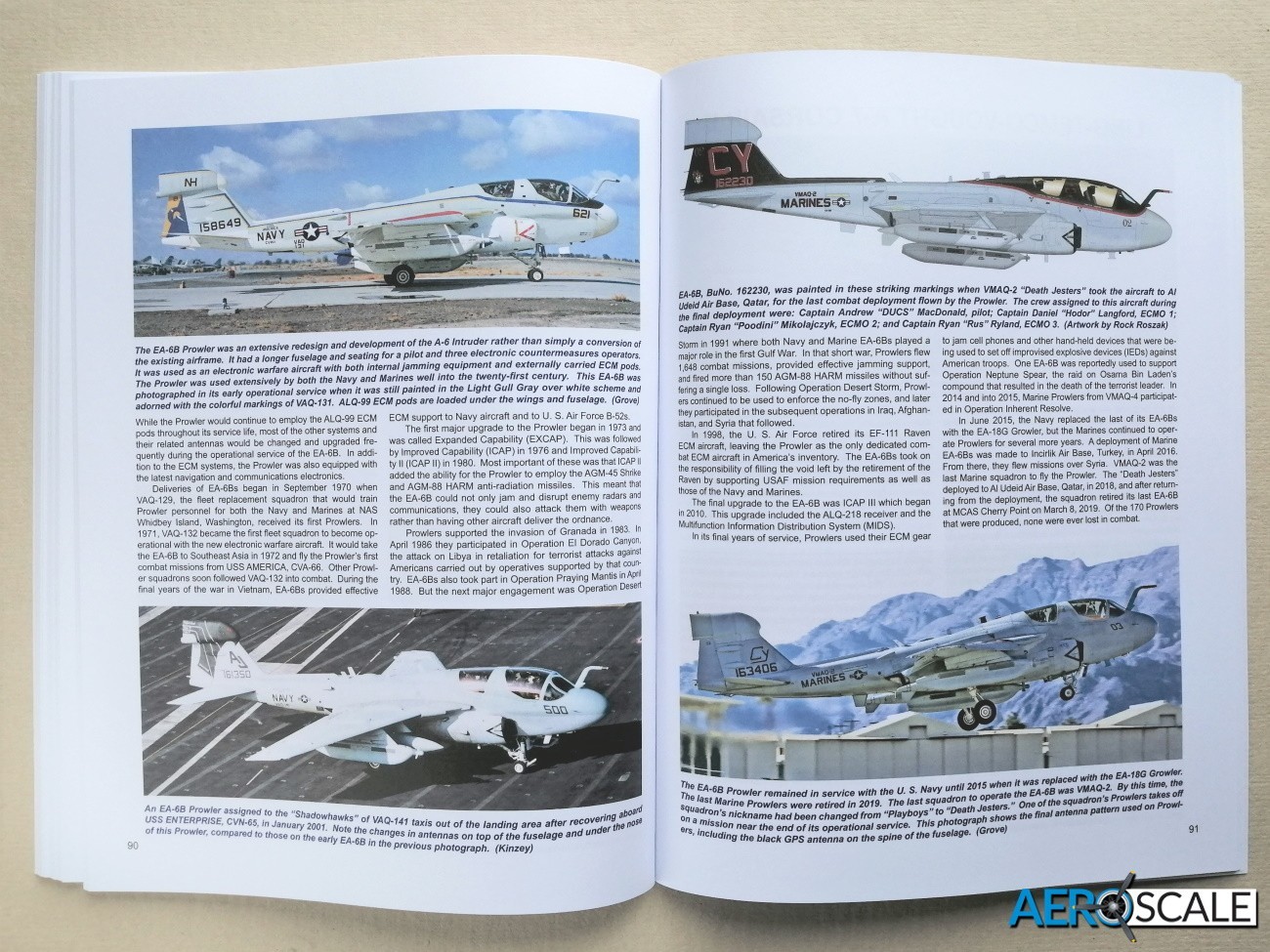 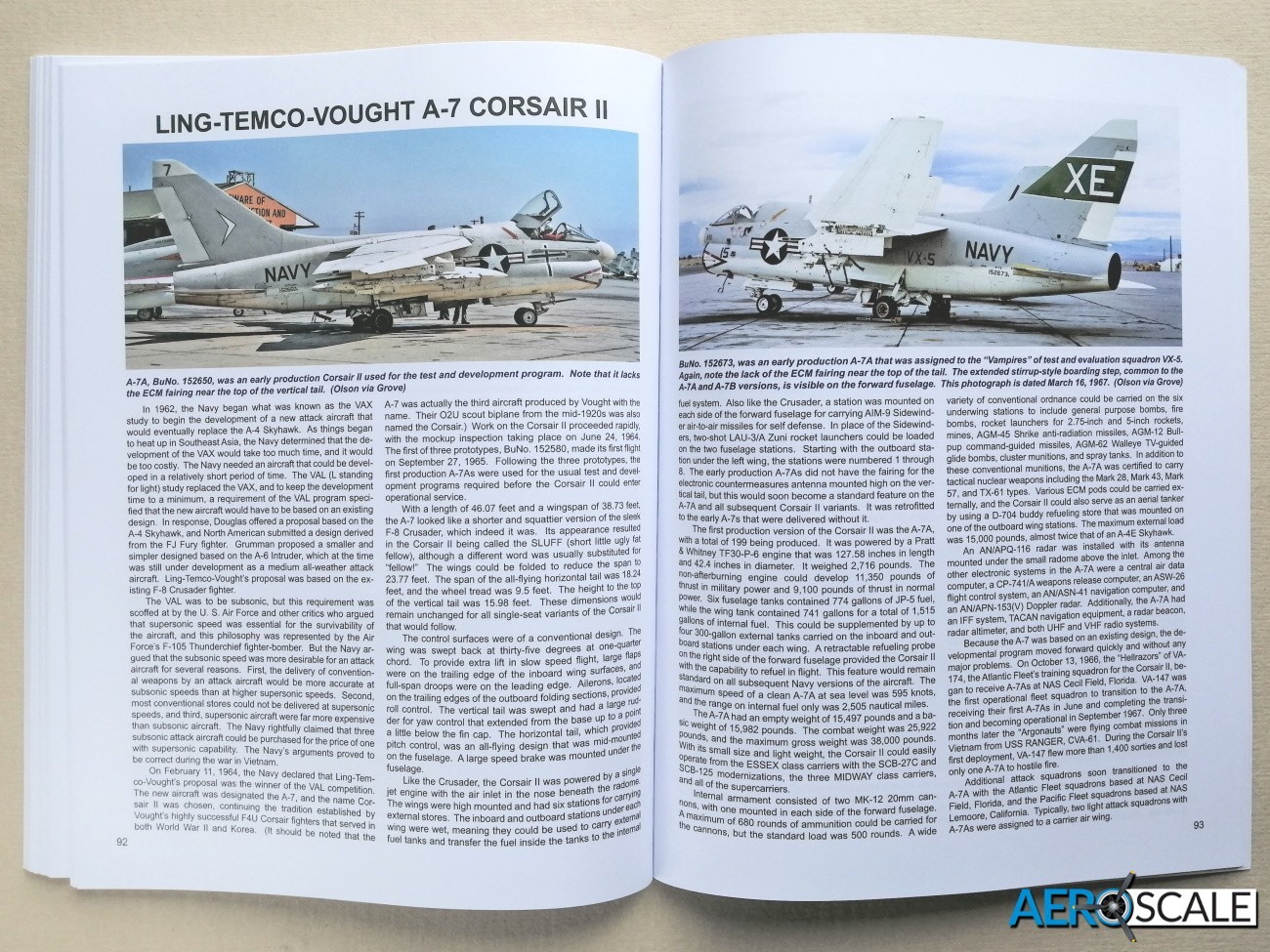 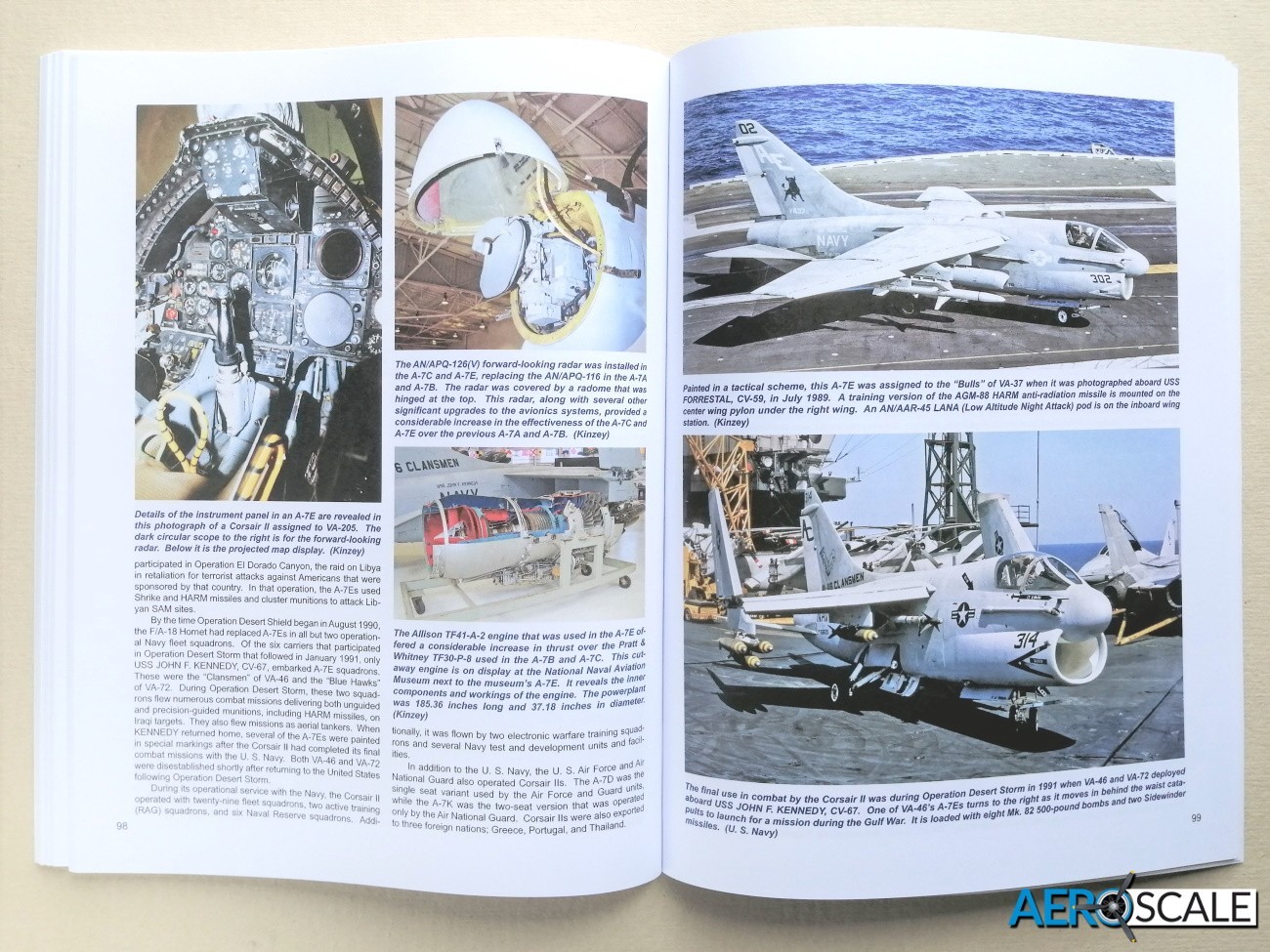 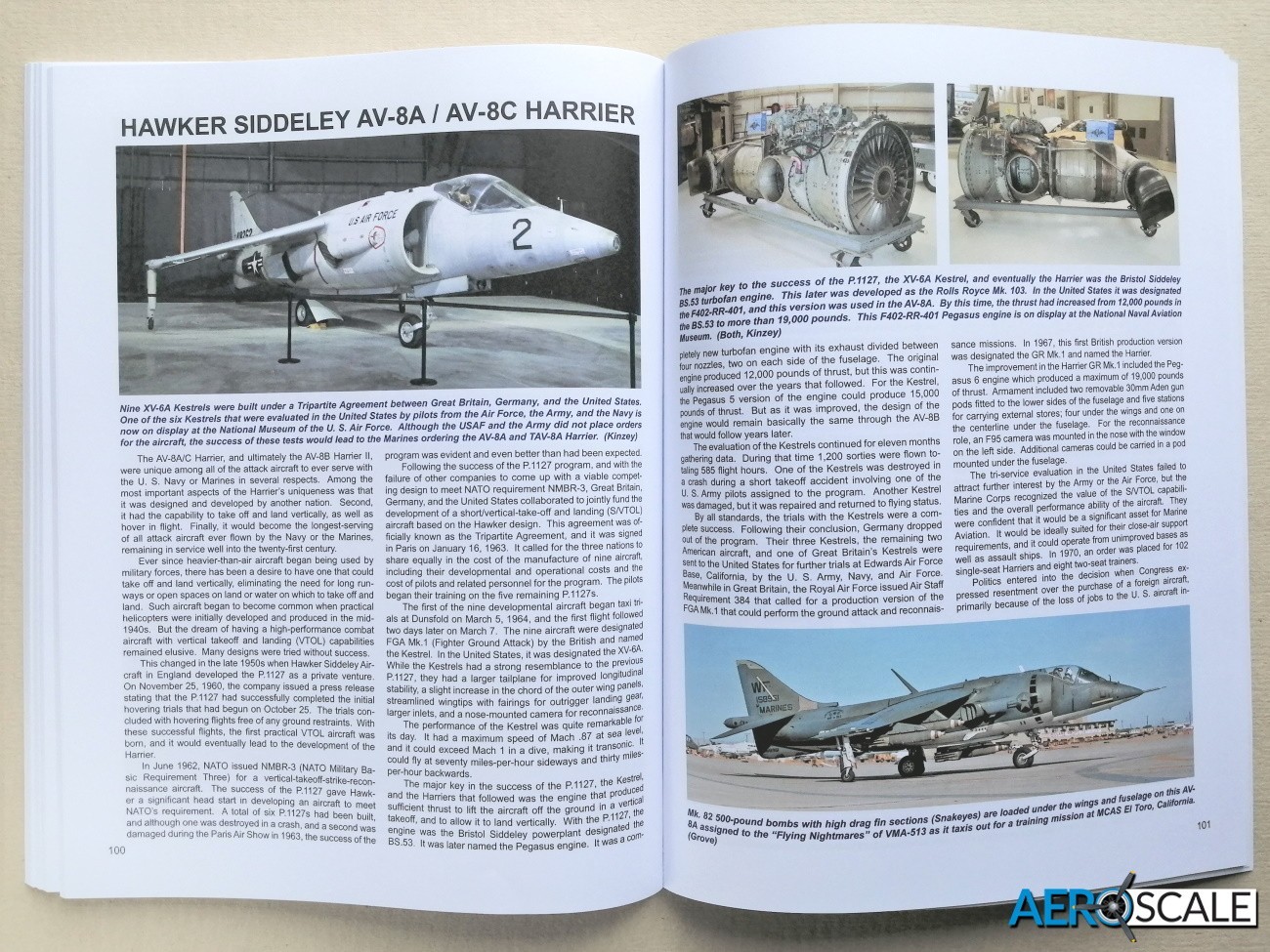 If your are looking to acquire a one stop reference on Attack aircraft of the US Navy and Marine Corps, then this book should be a strong contender. Text is very informative and readable and certainly doesn’t overwhelm with jargon. The images are well selected, whether showing the entire aircraft or details of the airframe. It’s a fantastic resource for both modellers and historians alike. 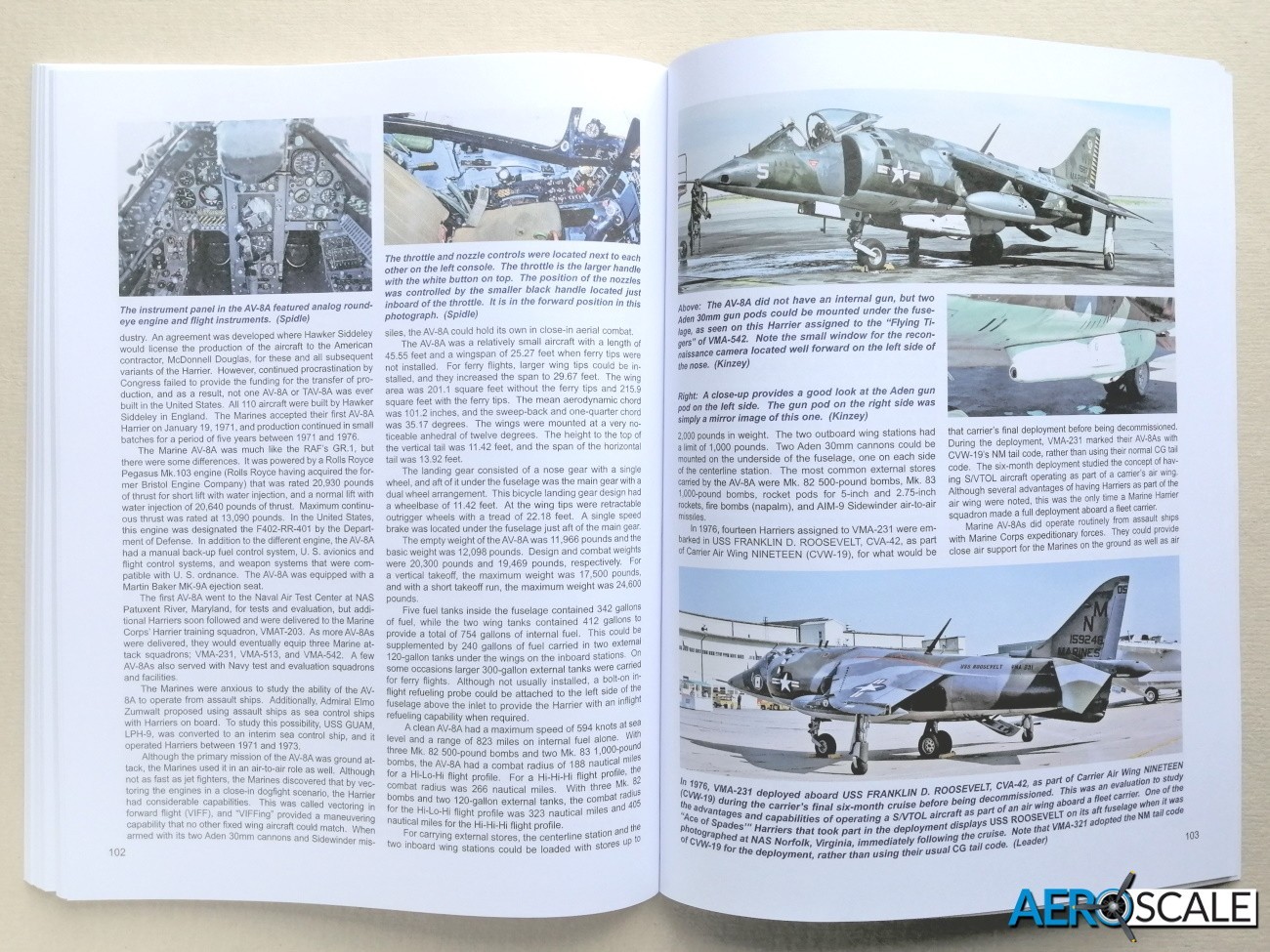 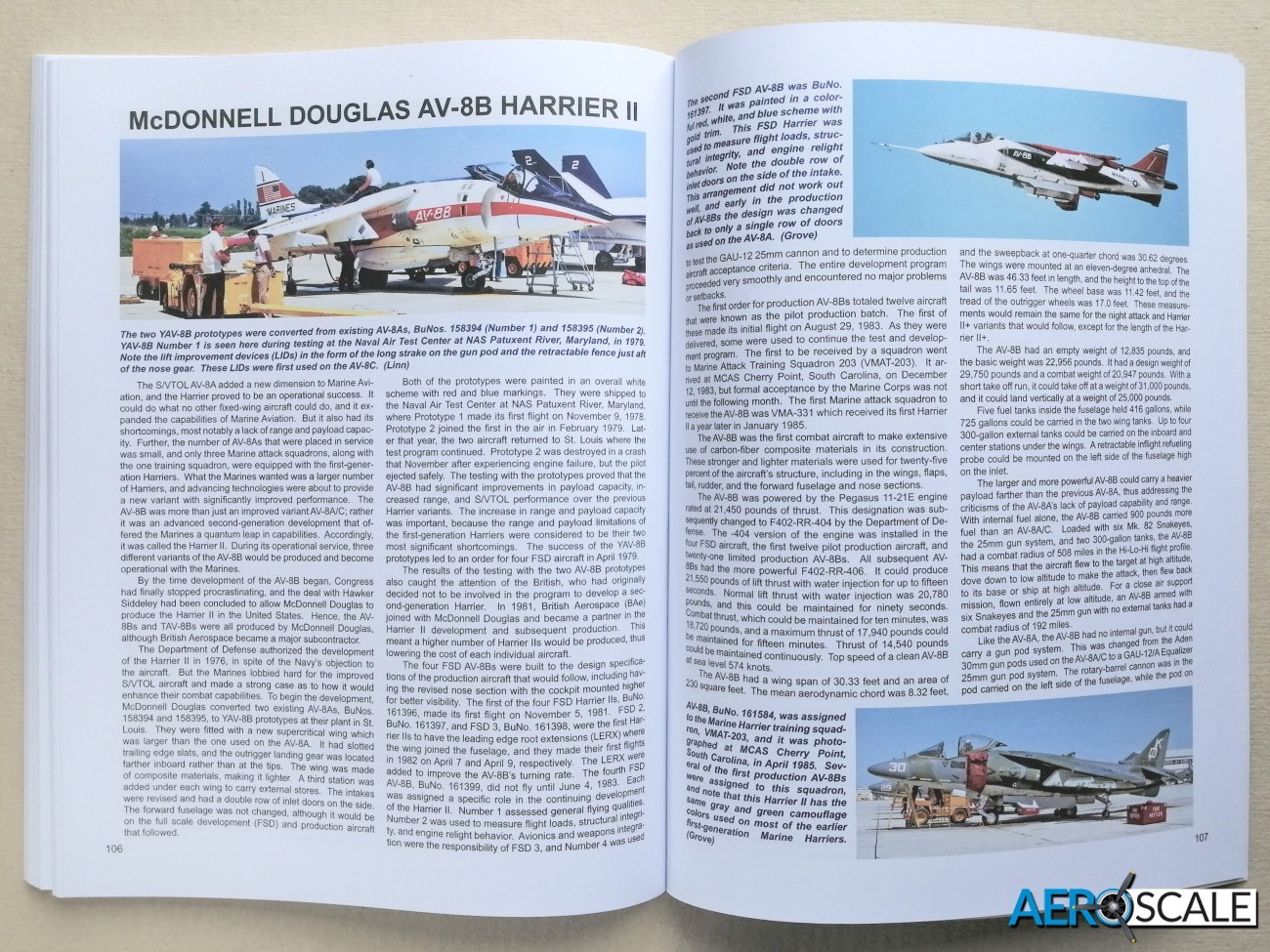 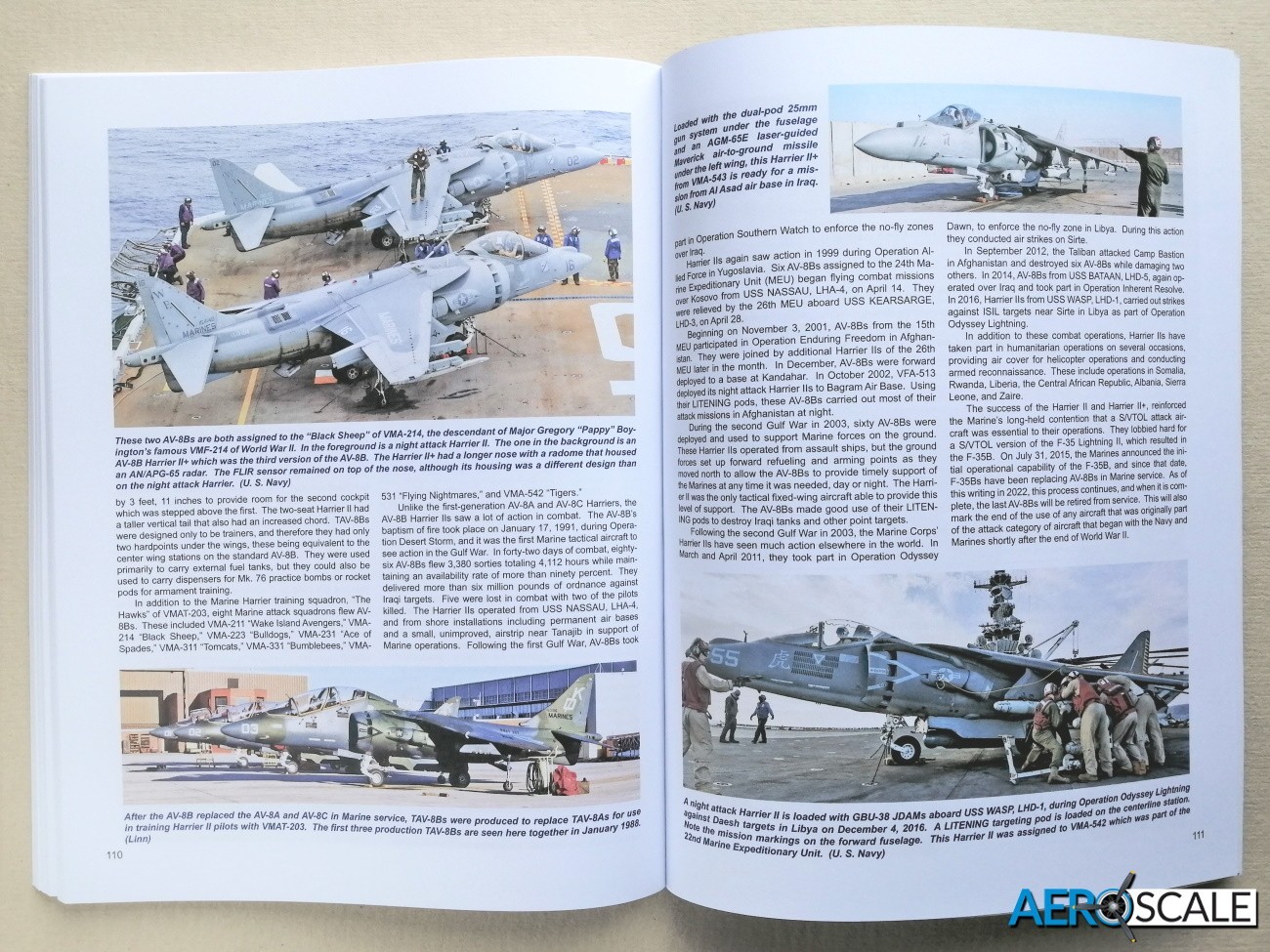 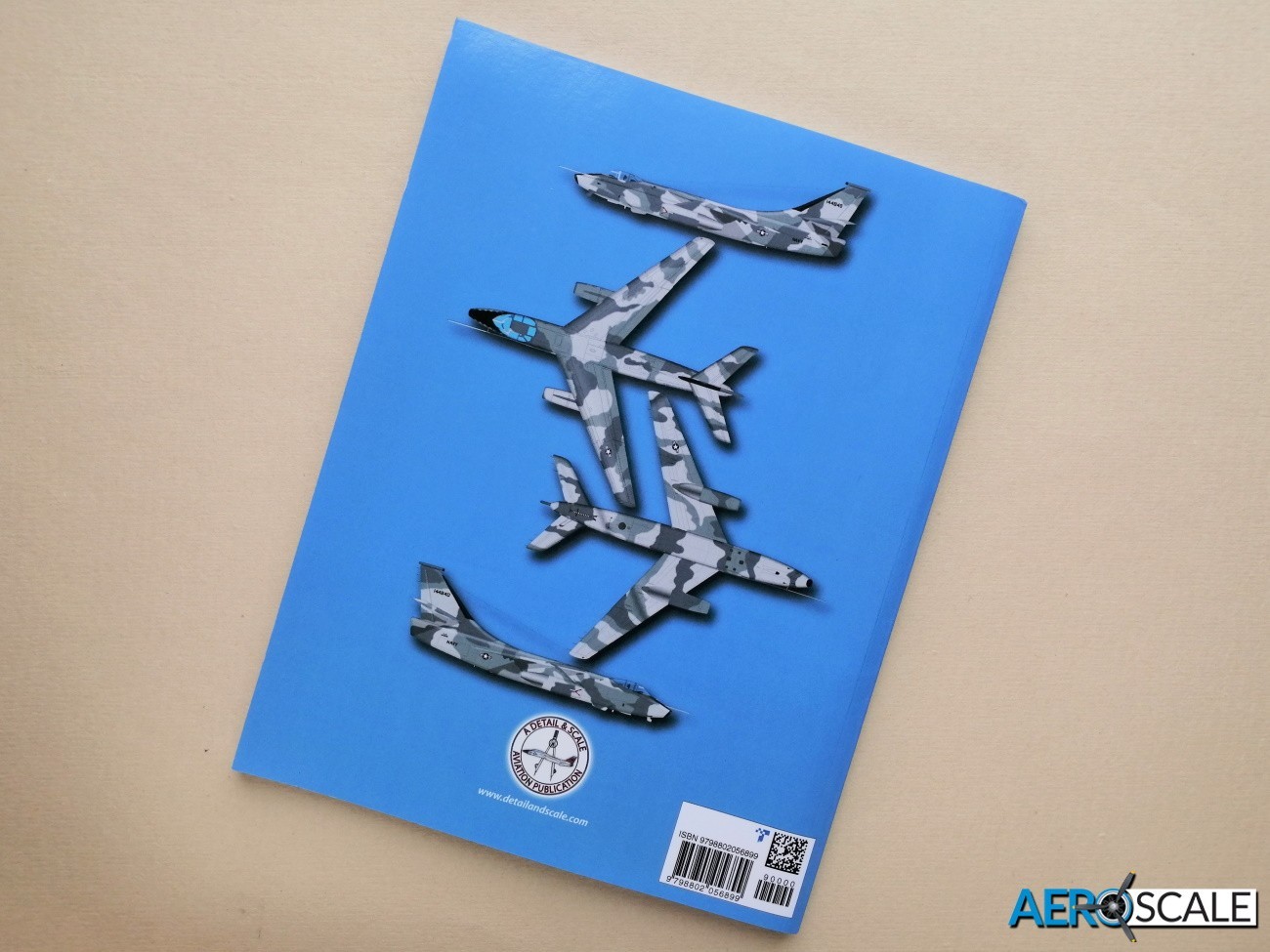 We are grateful to Rock Roszak for organising the receipt of this publication for the purposes of this review.